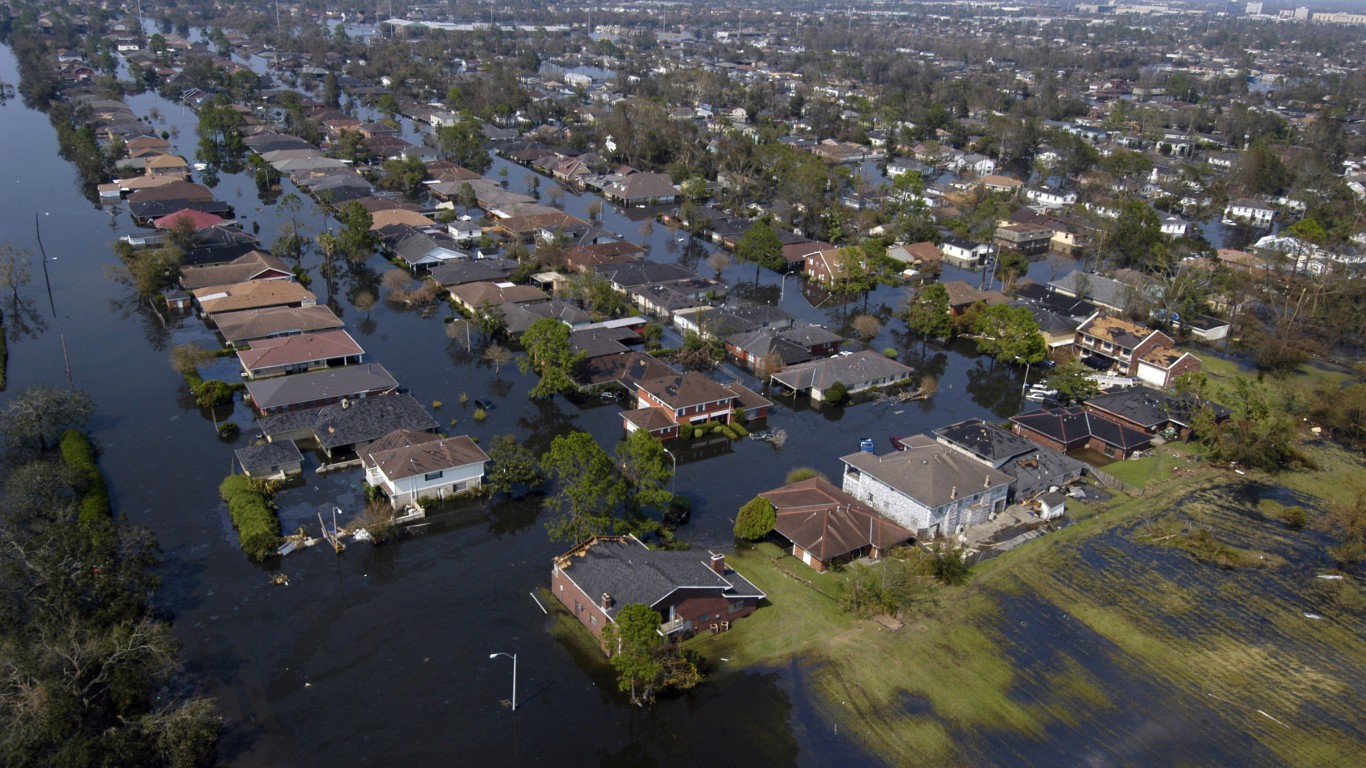 Part of the tragedy of Katrina is tied to how humans have altered the landscape around New Orleans. New Orleans was once above sea level when French settlers first arrived there 300 years ago, but swamp drainage has caused the city to sink. The areas below sea level, those most at risk to flooding, have generally been home to the city’s poorest residents. What’s more, New Orleans relied on a system of levees and seawalls built by the Army Corps of Engineers to keep the city from flooding. But when Katrina hit on Aug. 29, 2005, the levees failed. As a result, 80% of the city flooded. It was the costliest hurricane in U.S. history. 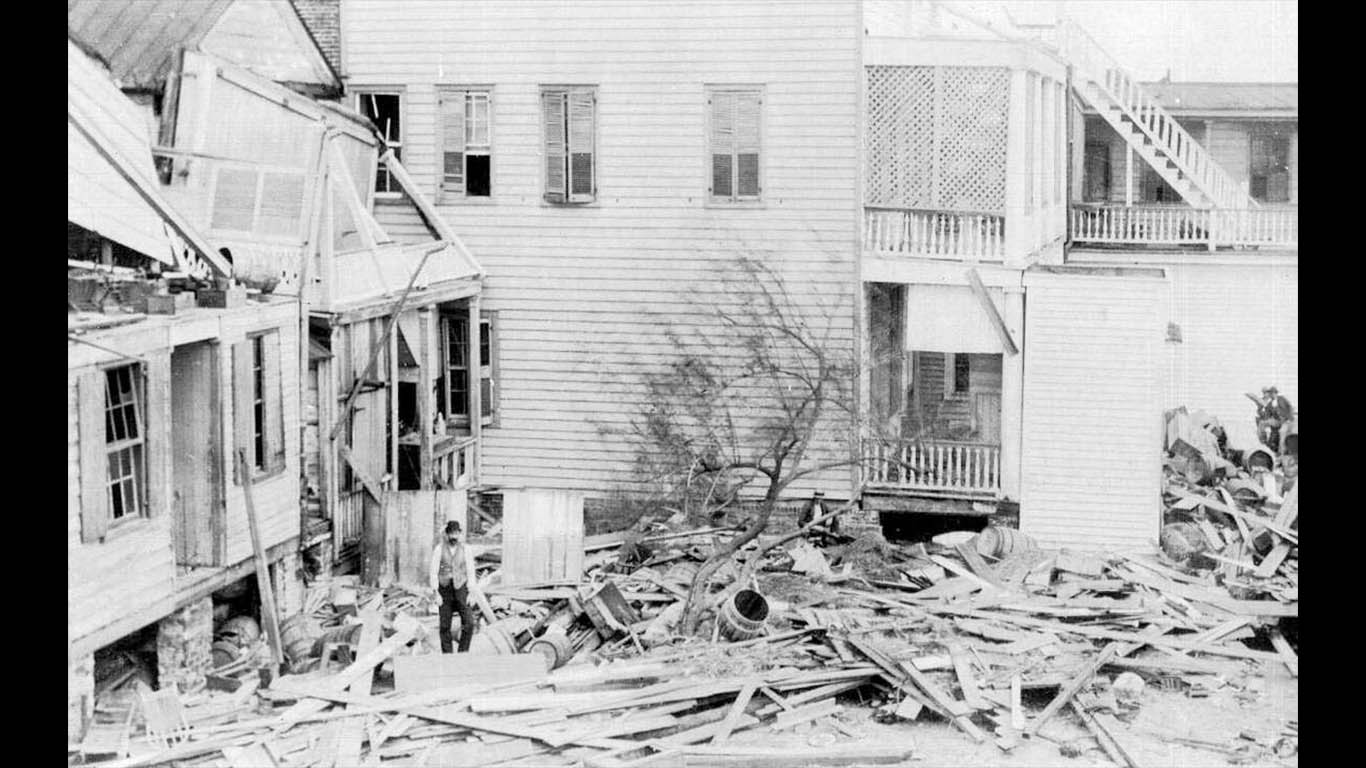 In the late 19th century, people lacked the kind of weather prediction and warning system we have today. It was for this reason that South Carolina, and in particular the Sea Islands that form a barrier along the state coastline, were caught unawares by a hurricane on Aug. 27, 1893. The hurricane swept through the sea islands near Savannah, leaving more than 2,000 dead. Most died by drowning. Nearly every building on the Sea Islands was destroyed, and 30,000 people became homeless. 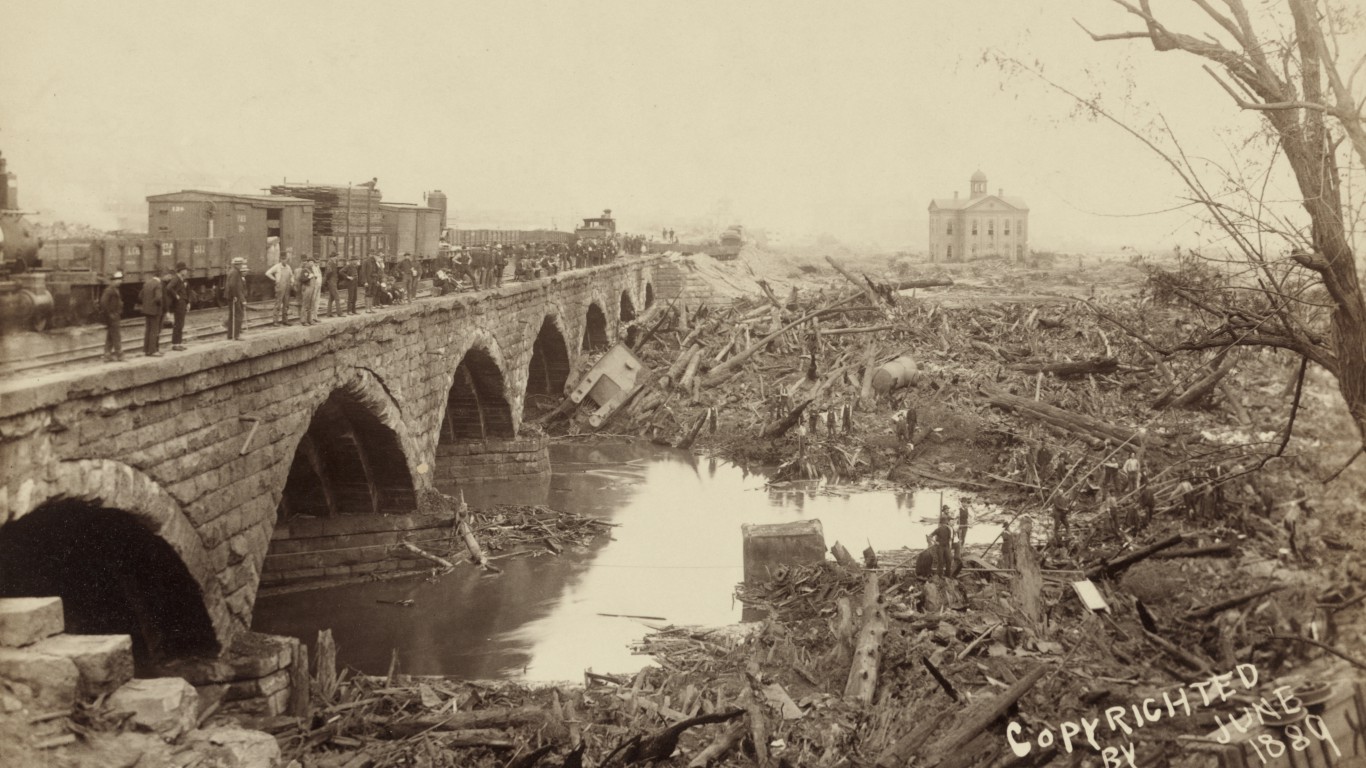 On May 31, 1889, following several days of heavy rain, a dam near Johnstown burst. The size and scope of the flood that ensued is difficult to comprehend even today. Up to 2,209 people died, including 99 entire families. Bodies were found as far away as Cincinnati. Flood lines were marked as high as 89 feet above river level, and the wave that struck Johnstown was said to be 40 feet high. The South Fork Fishing and Hunting Club, whose members included industrialists Andrew Carnegie and Henry Clay Frick, owned the dam but managed to avoid liability. Historians and legal experts believe the anger over the failure to find fault in the tragedy led to stricter liability laws in the United States. It was the first major disaster in which the American Red Cross was involved. 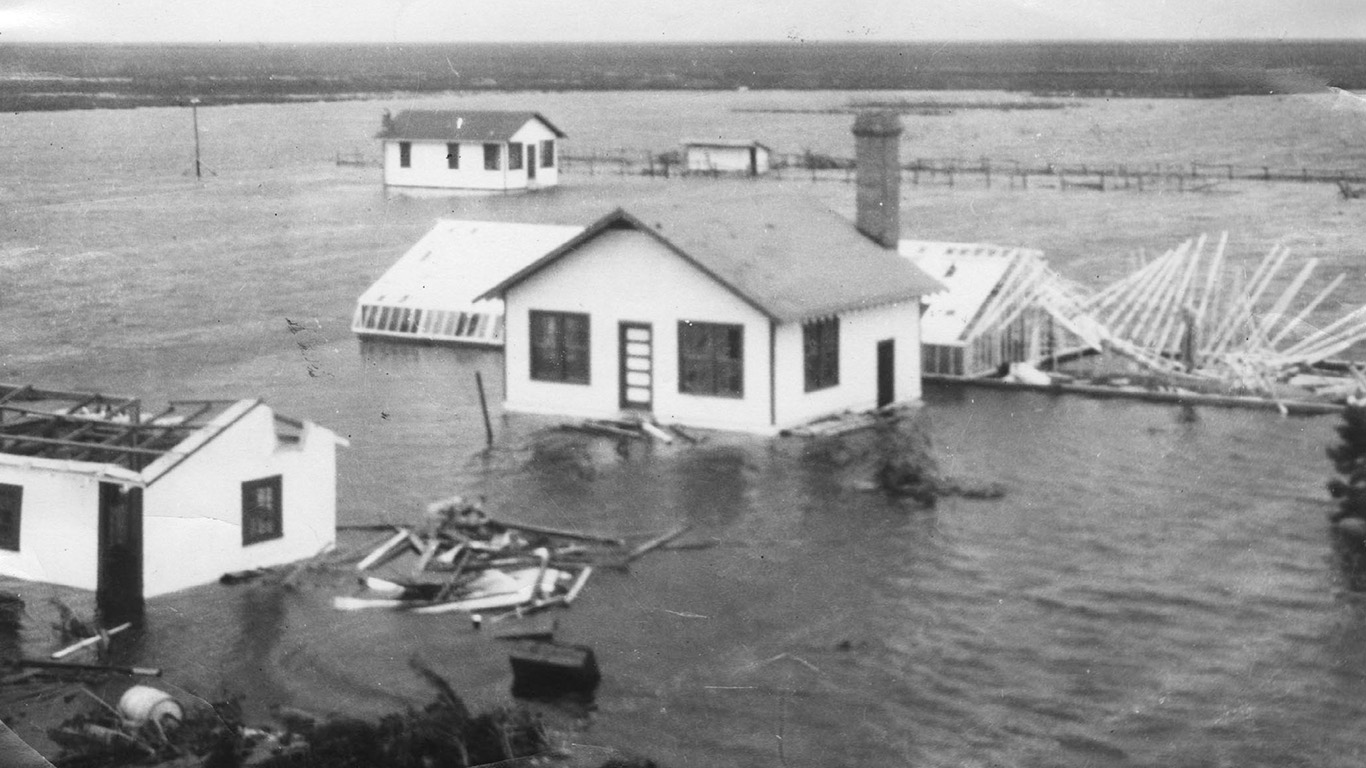 Source: Courtesy of the University of Florida

Barely two years after absorbing the impact of a hurricane that ravaged Miami, Florida was whipsawed by another tempest in late September 1928 — a storm that cost the lives of more people in that state than any other natural weather event. On the southern shore of Lake Okeechobee, about 6,000 people lived in a farming community, and nearly half would perish from the storm. A 5-foot mud dike constructed to hold back Lake Okeechobee gave way, letting loose a tidal wave. There were so many people killed so quickly, and the bodies decomposed so rapidly because of the heat, that the survivors had to burn the corpses. More than 600 of the dead were African Americans who were buried in unmarked graves in a West Palm Beach pauper cemetery. 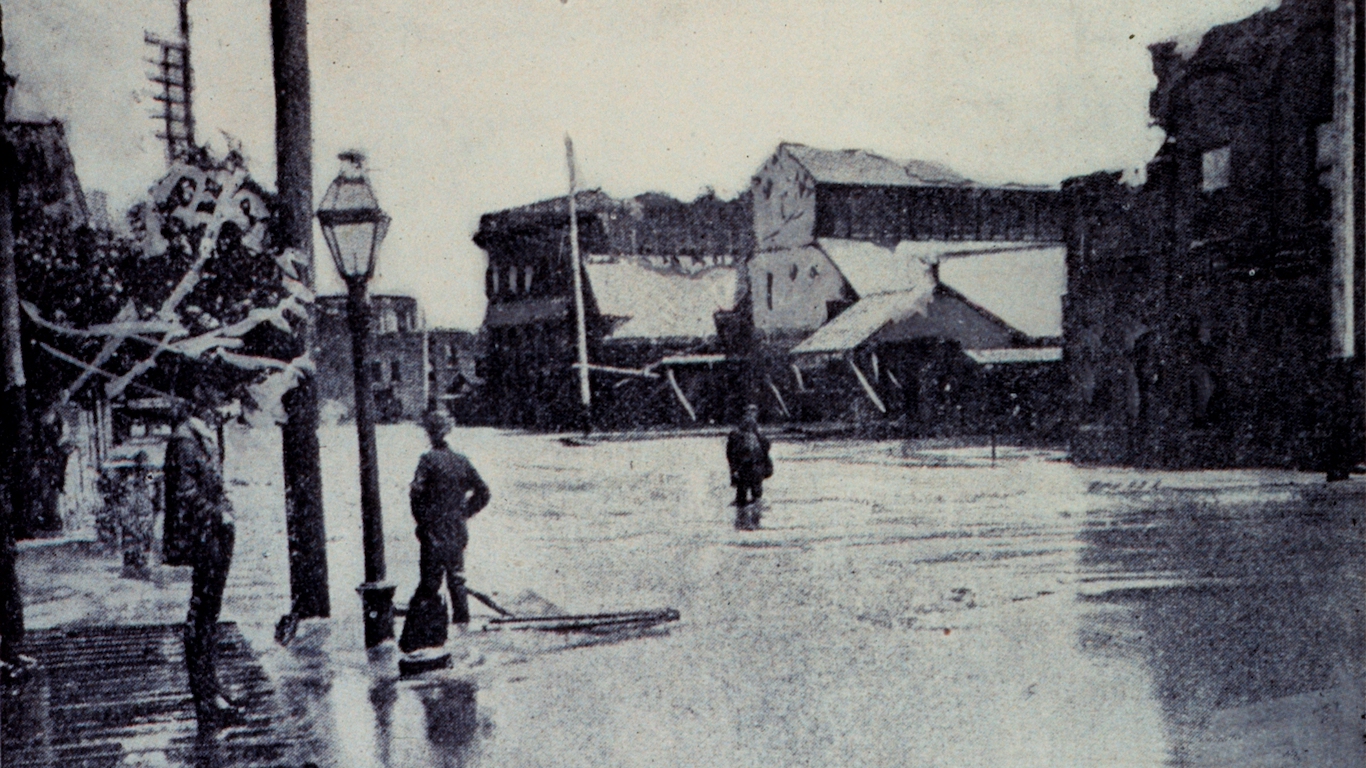 The Galveston Hurricane of 1900 is the deadliest natural disaster in U.S. history. It’s believed that 8,000 people were killed in the high winds, 15-foot storm surge, and flooding brought on by the category 4 hurricane. But the actual number could be as many as 12,000 people.

Though the storm was powerful, many of the casualties could have been avoided. The Weather Bureau, which became the National Weather Service, predicted the storm would land much further east. Warnings from Cuba about the storm were ignored by residents and many vacationers, and the city was largely unprepared for the hurricane that slammed into it on Sept. 8, 1900. Galveston was once a booming port city, but the destruction of the hurricane was too much for the city to fully recover from as investors began to favor Houston instead.