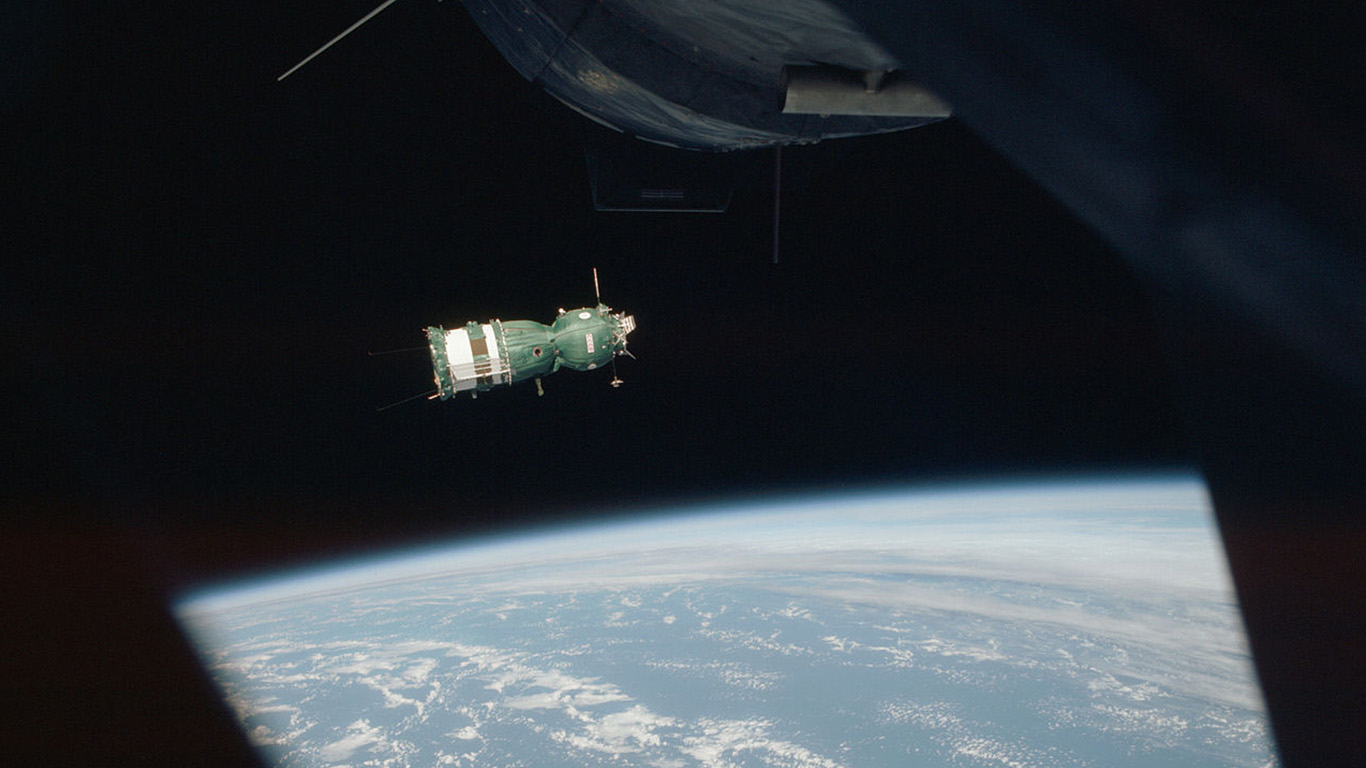 Cold War adversaries achieved detente in space in 1975, when U.S. astronauts and Soviet cosmonauts came together for the Apollo-Soyuz Test Project. The Soyuz craft bore cosmonauts Alexei Leonov and Valery Kubasov, while the Apollo carried astronauts Thomas Stafford, Vance Brand, and Donald Slayton. The two spacecraft docked in space for two days. After the vehicles came together, the space travelers shook hands and embraced and exchanged presents, plaques, and flags from their respective nations. The Apollo-Soyuz Test Project was the first mission in which the two nations began cooperating in space. 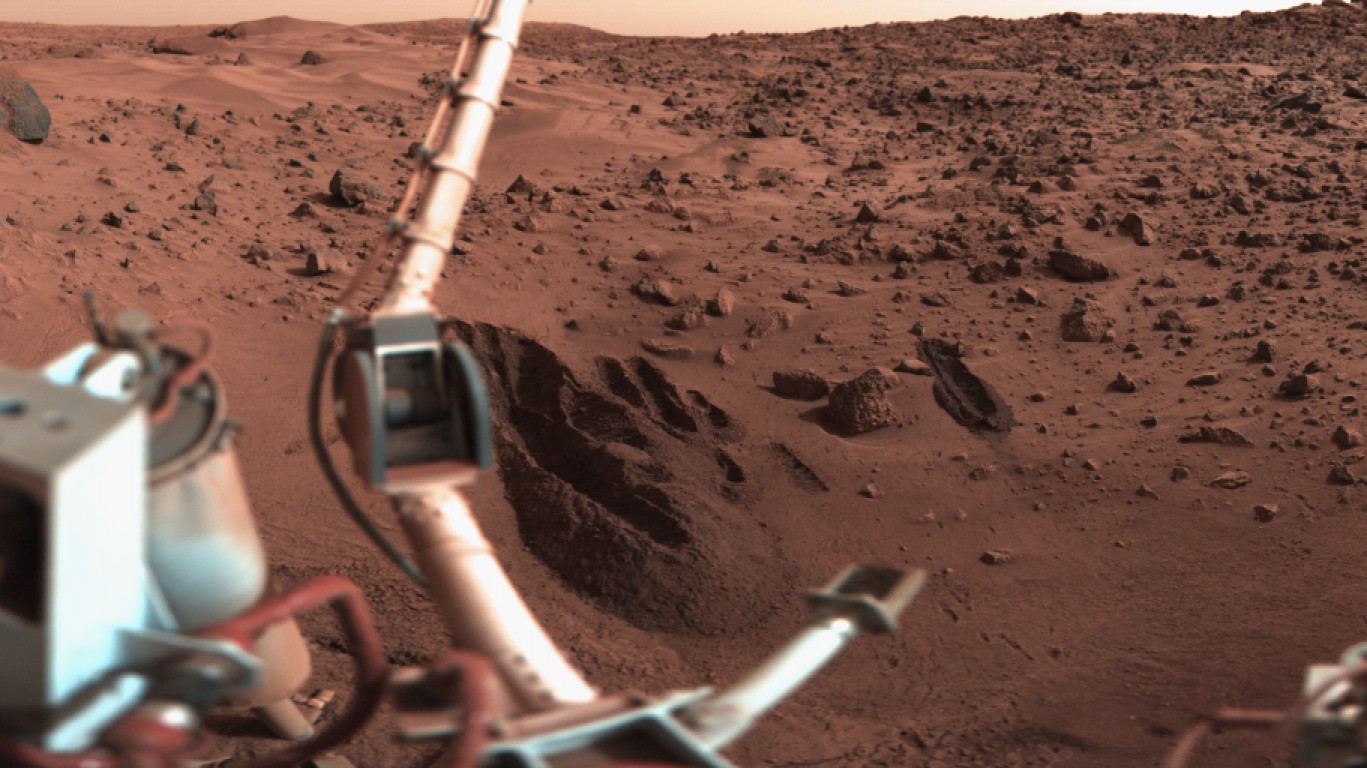 NASA launched the Viking 1 and 2 spacecraft in 1975, and both landed on Mars the following year, becoming the first U.S. spacecraft to land on the red planet. The photos that the two spacecraft returned to Earth deepened the knowledge about the planet’s atmosphere and geology, with a greater understanding of water vapor in the Martian atmosphere. Viking 1 and 2 conducted biology experiments intended to look for signs of life. These experiments provided no indication of living microorganisms near the landing zones . 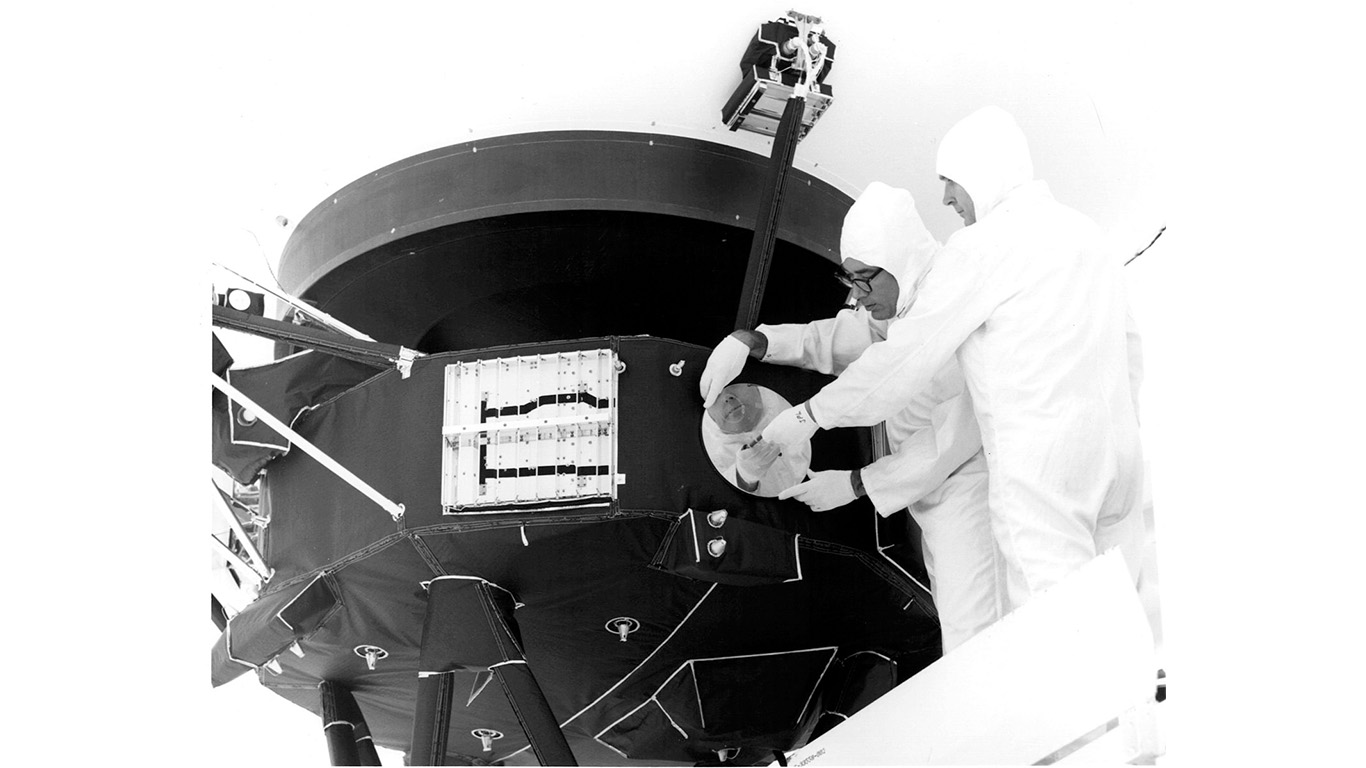 23. Voyagers I and 2 send back Jupiter images
>Date: August and September 1977

Voyagers 1 and 2 were launched two weeks apart by NASA in 1977. NASA wanted to take advantage of a unique alignment of planets that happens once every 176 years. Such an alignment could slingshot each spacecraft from one planet to the next, aided by a planet’s gravity. Voyager 1 would become the first spacecraft to fly by Jupiter and Saturn. It transmitted its first pictures of Jupiter back to Earth in April 1978, when it was 165 million miles away. Voyager 1 was the first to journey into interstellar space in 2012. Voyager 2 flew past Jupiter, Saturn, Uranus, and Neptune. Since their launch, the spacecraft have been traveling along different flight paths and at different speeds. 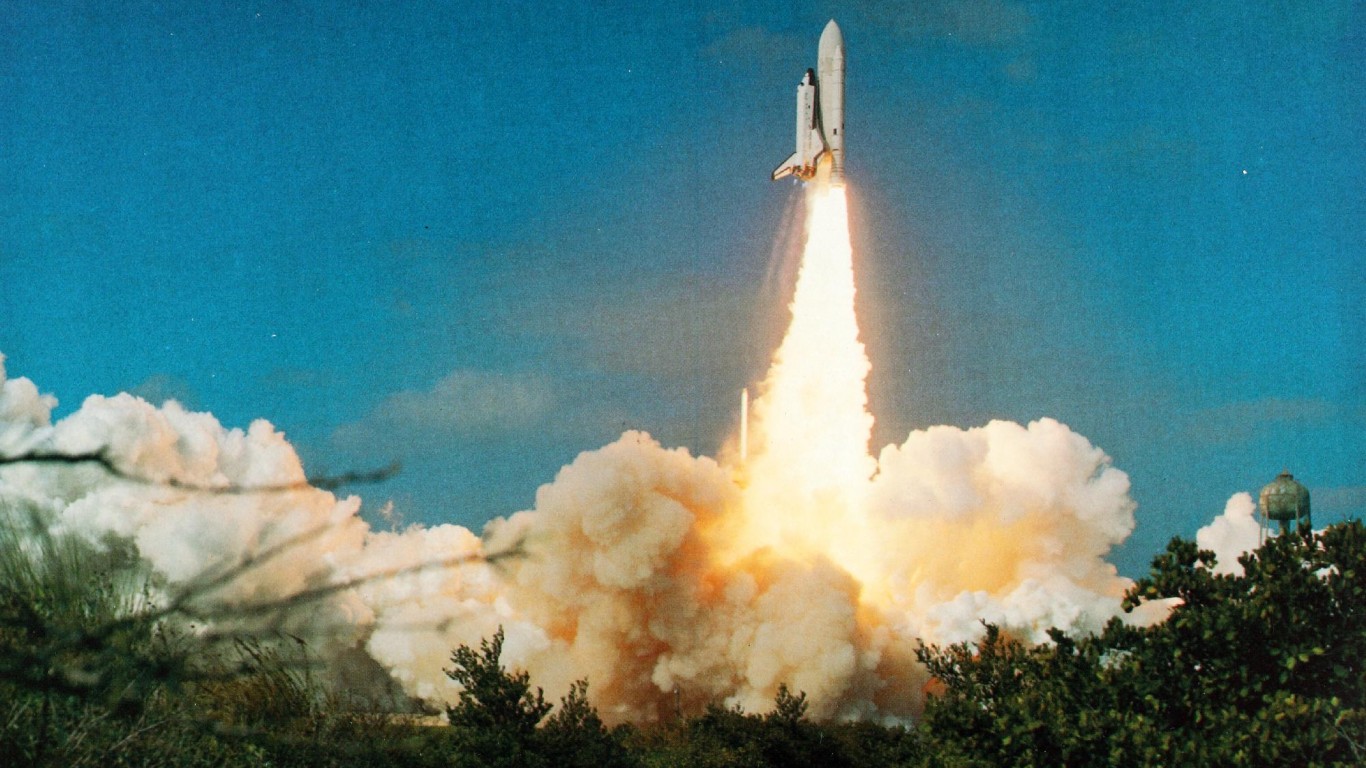 NASA’s shuttle Columbia became first winged spaceship to orbit Earth and return to airport landing. Columbia flew 28 missions and spent more than 300 days in space. Its early missions focused on repairing and deploying satellites and telescopes. Later, NASA shifted Columbia’s priorities to science. Tragedy struck the shuttle on Feb. 1, 2003, when the spacecraft and crew were lost after the Columbia burned up during reentry. The disaster shut down the shuttle program for more than two years. 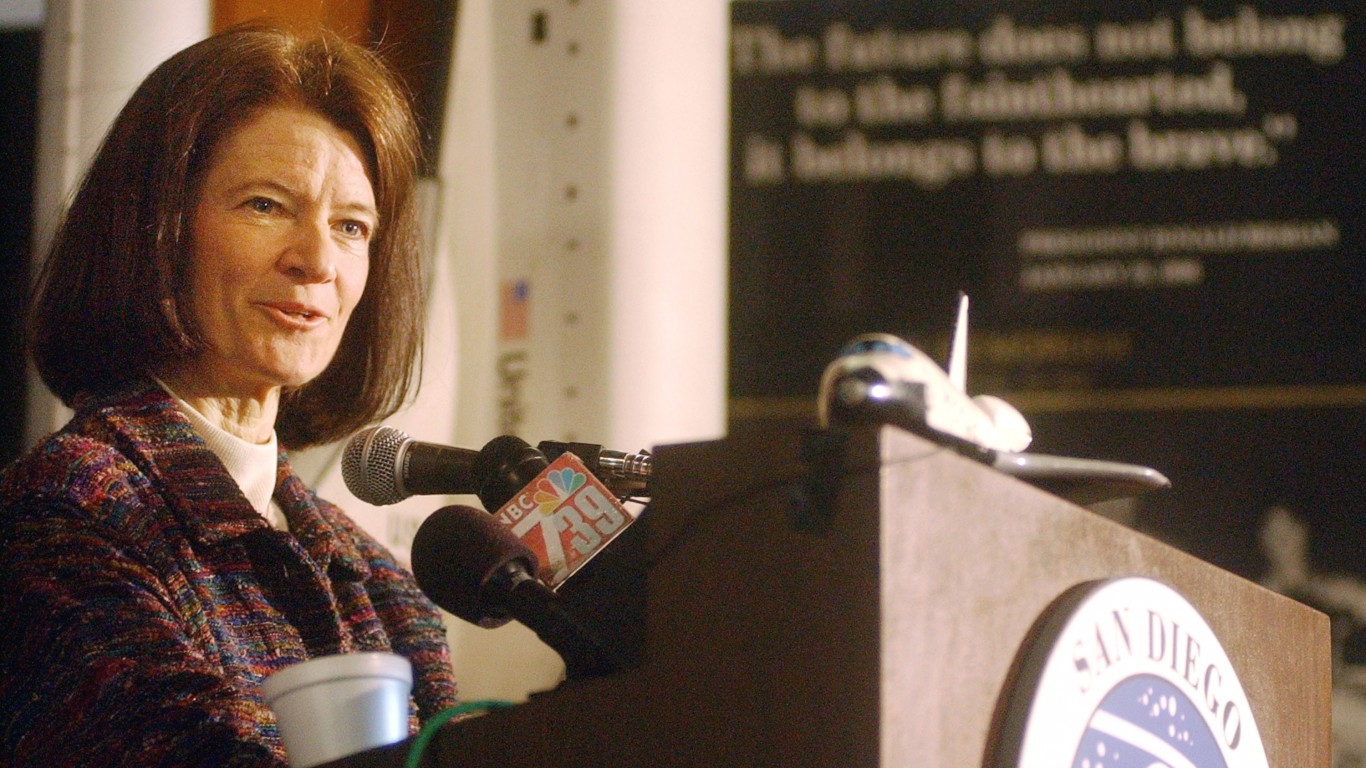 Sally Ride became first American woman in space, about 20 years after Soviet cosmonaut Tereshkova became the first woman in space. Ride, who held a doctorate in physics, was selected as one of NASA’s first six female astronauts. She entered space aboard the space shuttle Challenger. Ride would make two shuttle flights. Among the tasks she performed in flight were operating the shuttle’s robotic arm.