Phones, laptops, and all kinds of devices that emit light have no place in bed, according to sleep consultants. The light that comes from the screens can block the brain’s production of melatonin, which plays a role in regulating sleep-wake cycles, Shukla said. The body needs darkness to produce this sleep hormone. Reading or listening to music are better nightly wind-down options than watching TV, Smith added. 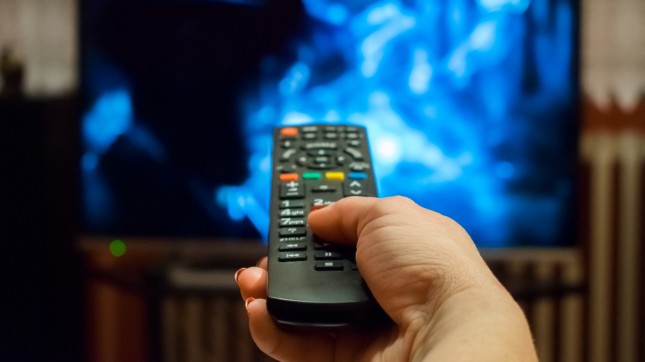 If you’re watching TV late at night, the blue light from the screen will mess up the body’s ability to produce melatonin. Another problem is the type of program being watched. Comedy late shows and movies are often more stimulating than relaxing, aren’t they?

24/7 Wall St.
Drinking Through a Straw and Other Mistakes That Are Aging You

“Regular physical activity is part of a good sleep routine because it helps reduce stress and anxiety,” Smith said. People sleep better and are not tired during the day if they get at least the recommended 150 minutes of exercise a week, according to a study published in the Mental Health and Physical Activity journal. More than 3,000 men and women, ages 18-85, were observed. The majority of people who engaged in 150 minutes of moderate to vigorous activity a week were feeling less sleepy when they woke up, which suggests they had better sleep.

19. Don’t drink a lot of liquids at night

The amount of liquid a person should consume before bed varies for each individual. “Nearly 1 in 5 adults over age 20 wake up to go to the bathroom at least twice a night,” according to Smith. This condition is called nocturia. “If you are prone to nocturia, a good rule of thumb is to limit or avoid liquids after for 3-4 hours before bedtime.”

Also, if you drink juice or soda, the stomach will still have to digest it. And just like with food, the acid from the stomach goes into the esophagus, which could potentially give you acid reflux.