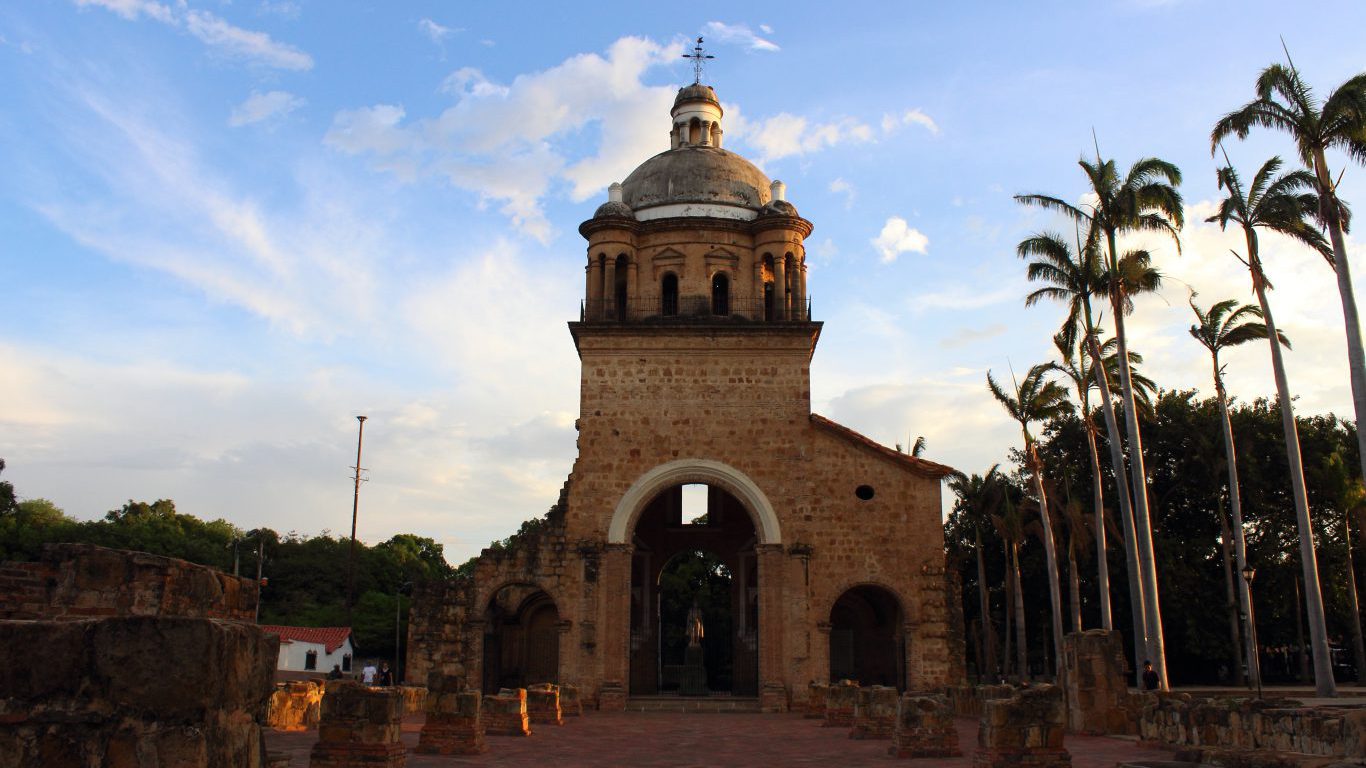 Gran Colombia spanned a massive swath of land in northern South America and southern Central America. It existed from 1819 to 1830 and included what are today Colombia, Venezuela, Ecuador, Panama, northern Peru, western Guyana, and northwest Brazil. The country’s short existence was plagued by regional conflicts and struggle between two main factions: supporters of a central government and a strong presidency led by President Simón Bolívar and supporters of a decentralized, federal form of government led by Francisco José de Paula Santander y Omaña. Bolivar, who led revolutionary forces in the war of independence from Spain and who was given great powers as president, refused to accept the federalist constitution despite its growing support. He resigned in 1830 as it became clear the nation could not survive. In addition to the political discord, growing regional tensions such as the Venezuelan rebellion in 1826 also led to the dissolution of Gran Colombia. As a result, Venezuela, Ecuador, and New Granada became independent states. 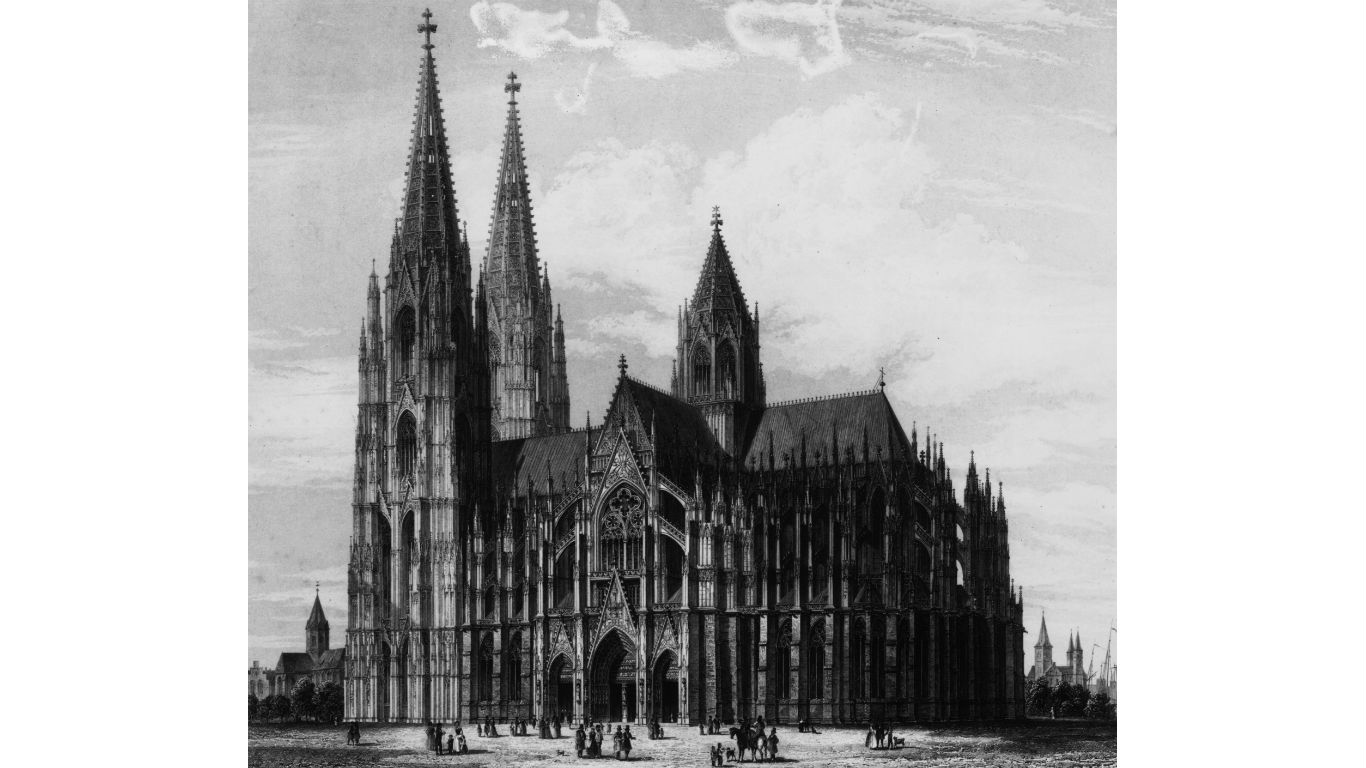 24/7 Wall St.
28 Countries the US Government Doesn’t Want You to Go To 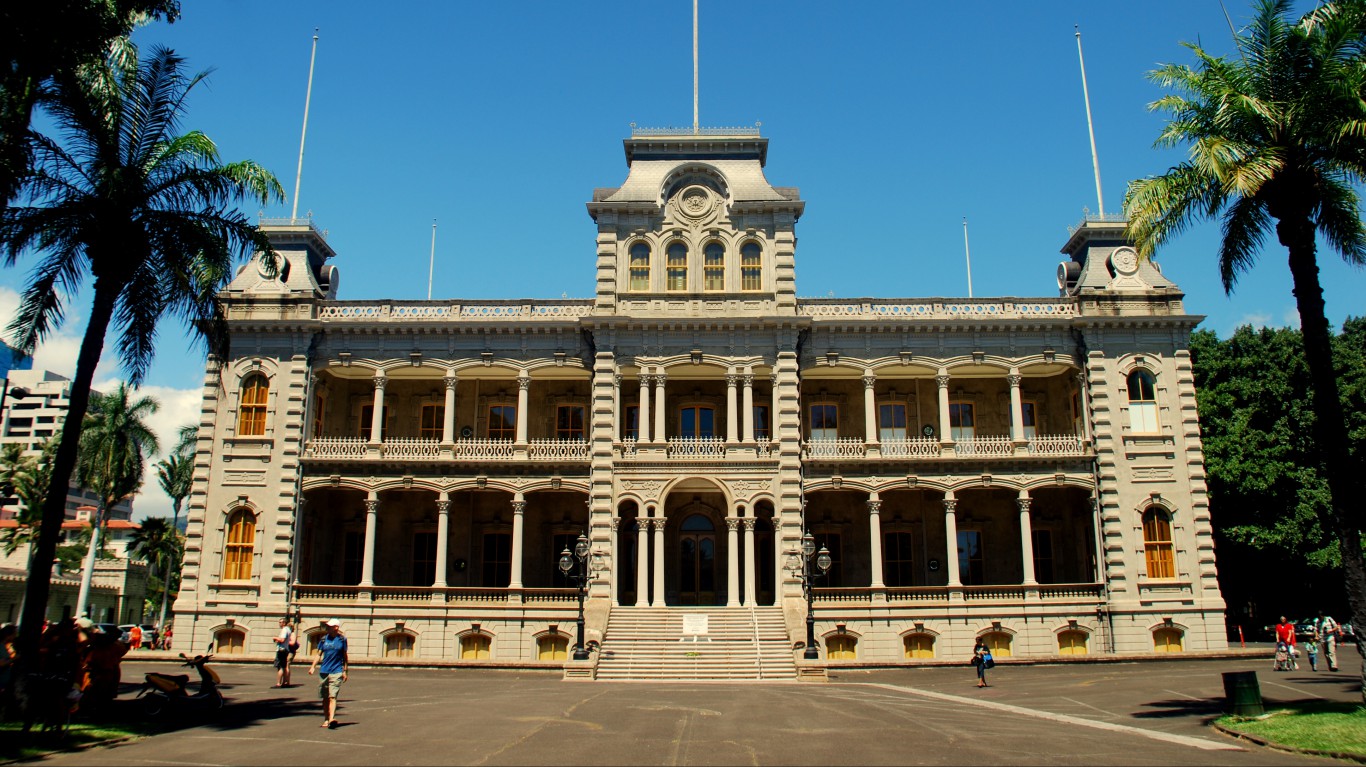 Hawaii was not always a U.S. state. In 1795 the islands of Hawaii, Oahu, Molokai, and Lanai unified under one government. In 1810, the entire Hawaiian Archipelago was united when Kauai and Niihau joined the Kingdom of Hawaii voluntarily. Two dynasties ruled the kingdom, the House of Kamehameha and the House of Kalakaua. In 1887, this kingdom of islands adopted a constitution that reduced the power of King Kalakaua. King Kalakaua was succeed by his sister, Queen Liliuokalani, who, in 1891 tried to restore royal power that had been removed by a new Hawaiian constitution but she failed. Thereafter, Hawaii became a republic until it was annexed by the United States in 188. The U.S. built a naval base at Pearl Harbor because of Hawaii’s strategic location in the Pacific Ocean. Pearl Harbor was bombed by Japan on Dec. 7, 1941, drawing both the U.S. into World War II. In 1959, Hawaii became the 50th U.S. state. 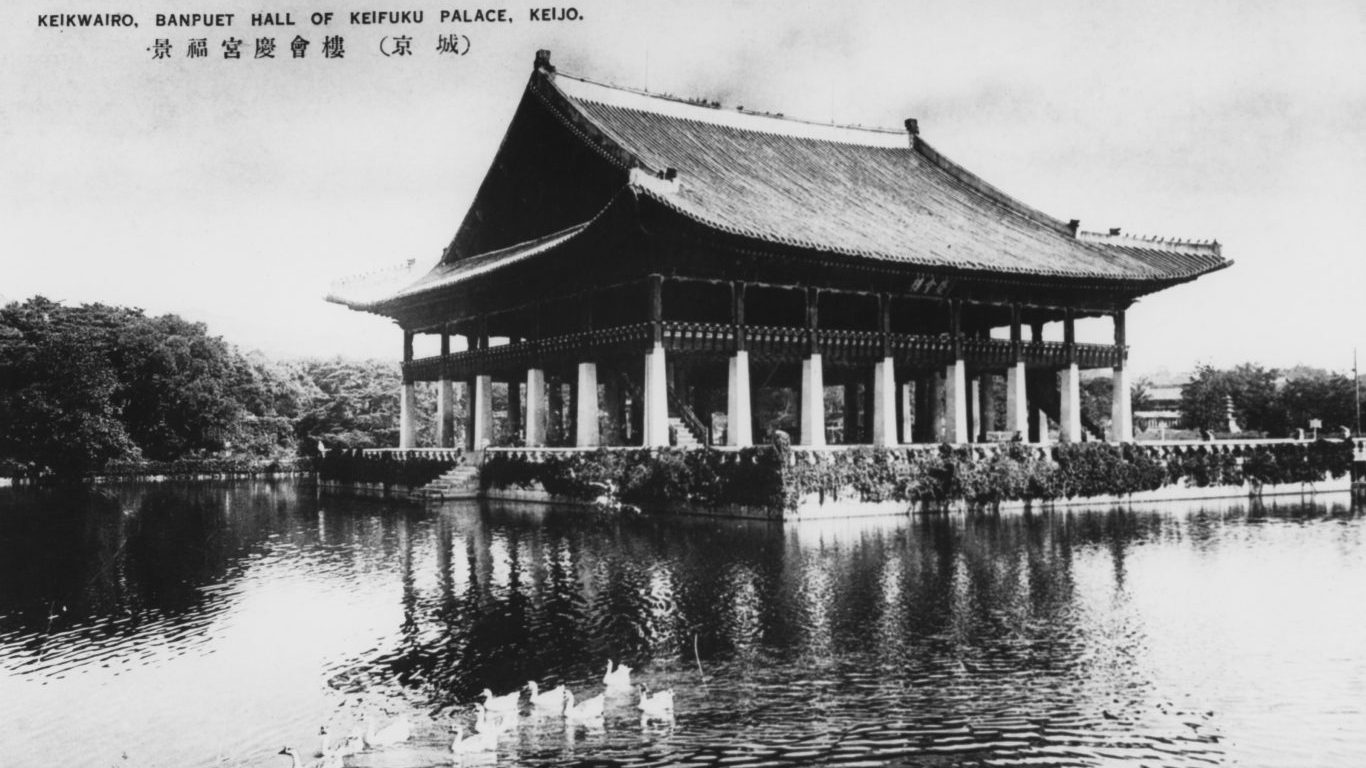 Comprising the Korean peninsula, North and South Korea were once one country. Korea was divided into North and South Korea after World War II, with the United States occupying the southern part, while the Soviet Union, under Joseph Stalin, occupied the northern section. The boundary between the North and South was arbitrarily established as the 38th parallel. In 1948, the Republic of Korea was established in South Korea and the Democratic People’s Republic of Korea in North Korea. With both sides claiming a right to the entire peninsula, the Korean War erupted, lasting from 1950 to 1953. South Korea was supported by the United States and western allies, while North Korea was supported by China and the Soviet Union. The result was a stalemate that has so far lasted nearly seven decades as North Korea became an increasingly isolated and rogue state. Because of its nuclear and missile tests, North Korea has also been subject to sanctions from the United Nations. Recently, however, the country’s leader Kim Jong Un met with South Korean President Moon Jae-in and he is scheduled to meet President Donald Trump on June 12 in Singapore, although it is uncertain now whether the two will indeed meet. 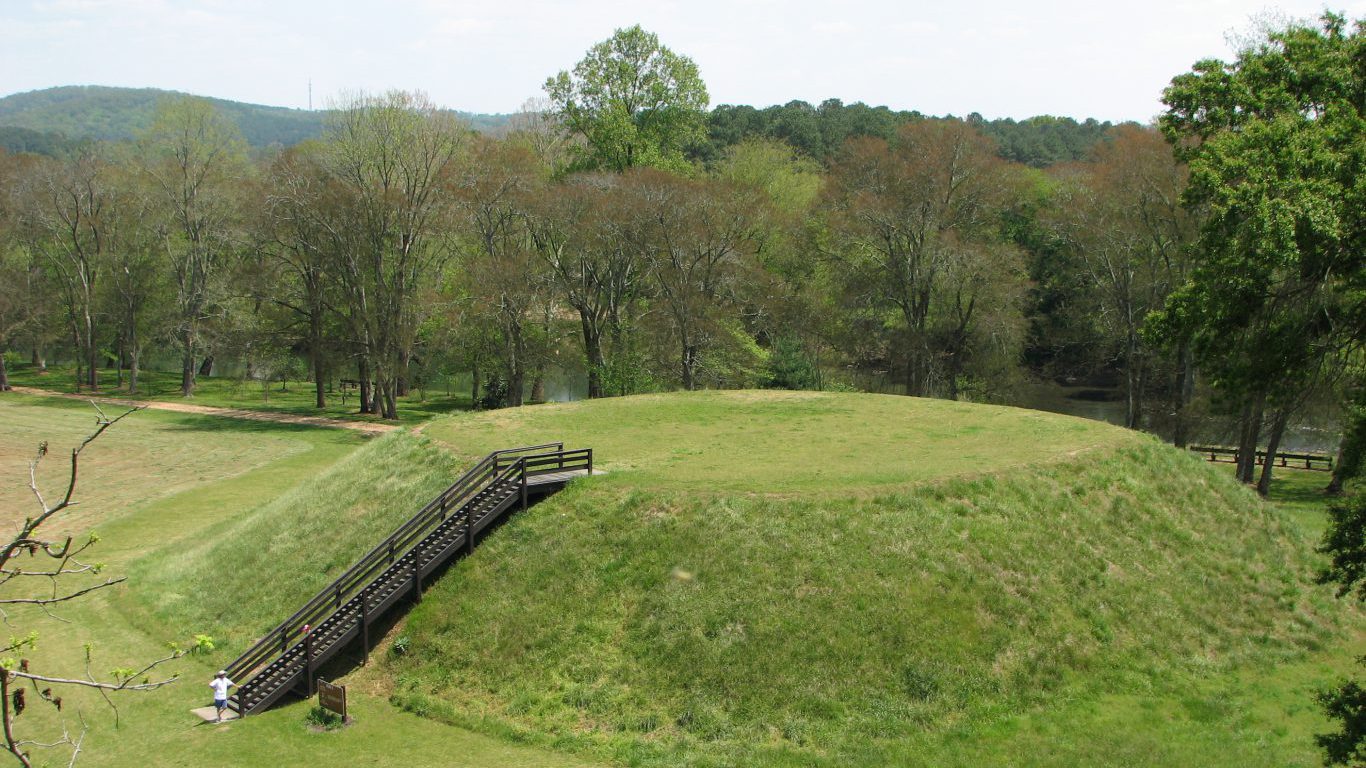 For thousands of years before the Europeans came to North America, the ancestors of Native Americans occupied the continent. Scholars estimate that more than 50 million people were living in the Americas when the Europeans first arrived in the late 15th century, with 10 million of them in what is now the United States. The ancestors of Native Americans likely migrated to North America over a land bridge from Asia to Alaska some 15,000 to 30,000 years ago, according to different theories. When the Europeans got to North America, they encountered a sophisticated, highly structured society. Armed conflict and the effects of diseases brought by the Europeans reduced the Native American population over time. Native Americans were relegated to reservations either by coercion or by treaties, which generally forced massive land concessions. Life in reservations wasn’t easy, and there was mass starvation. Though Native Americans have been recognized as American citizens for decades, they still suffer from years of persecution and discrimination. Some of the poorest, least educated, and least healthy areas in the U.S. are reservations.