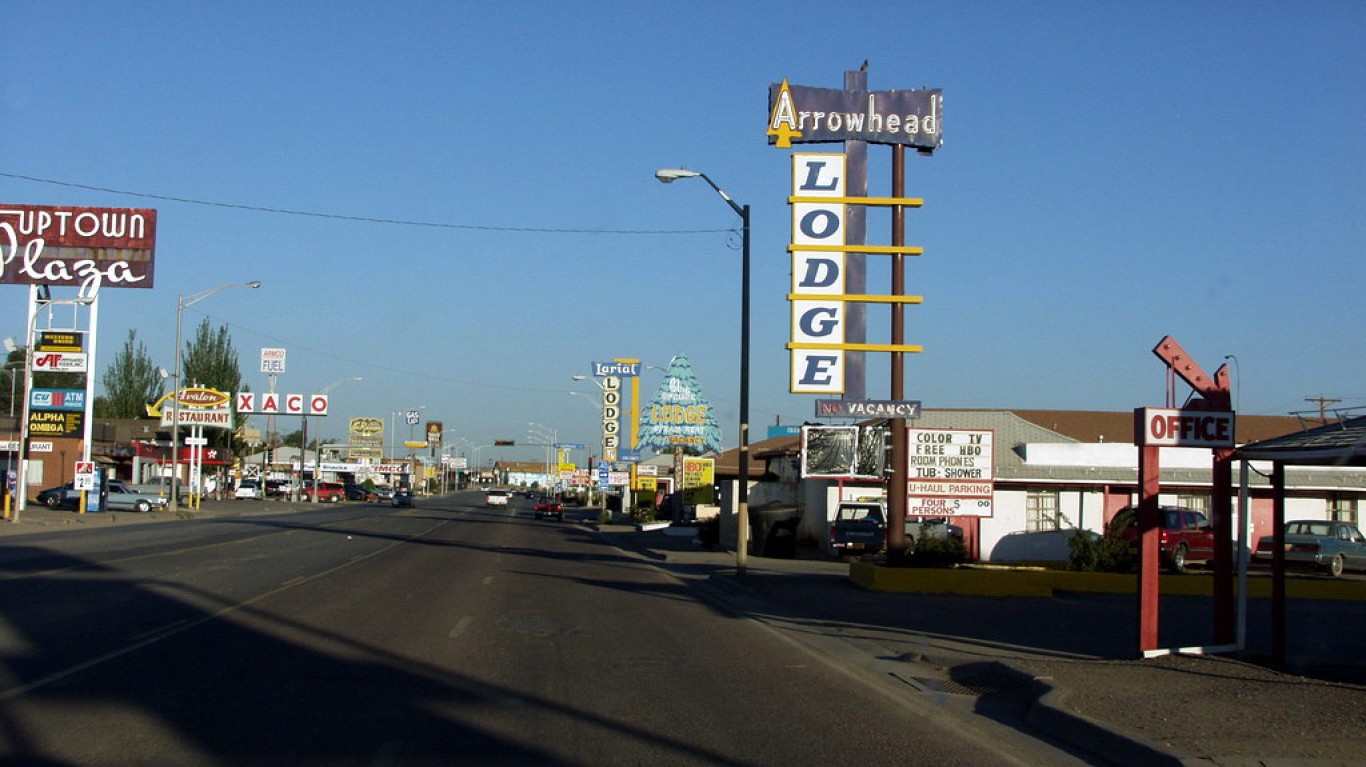 Gallup, a small city of about 22,000 in western New Mexico, is one of the poorest places in the United States. About 30% of the Gallup population lives below the poverty line, well above both the poverty rates of 14.6% nationwide and 20.6% statewide. Crime is often concentrated in lower income areas, and in Gallup, the violent crime rate of 1,543 incidents per 100,000 people is higher than in over 90% of American cities.

Many Gallup residents live in food deserts. Nearly 60% of the population has low access to grocery stores and fresh, healthy food. 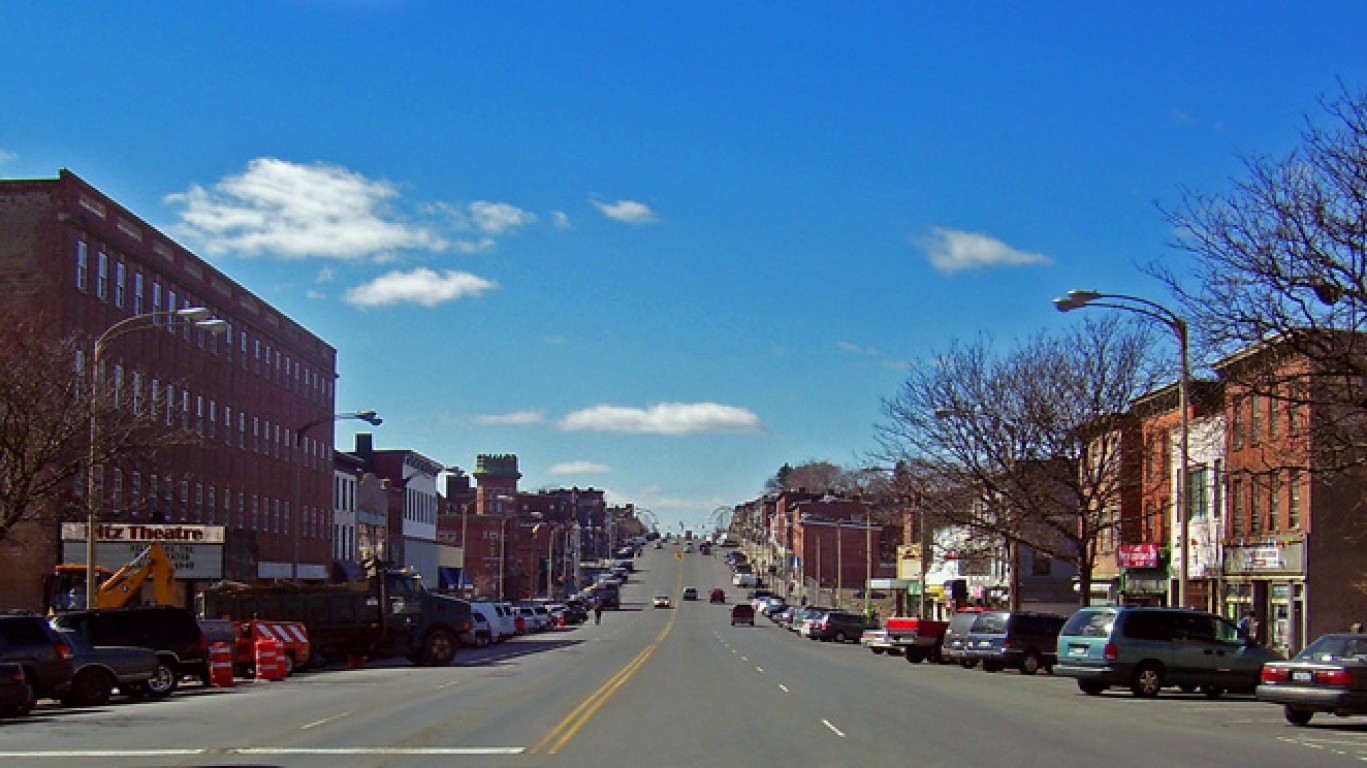 Like many cities on this list, Newburgh is shrinking. Over the last five years, Newburgh’s population contracted by 1.5%. 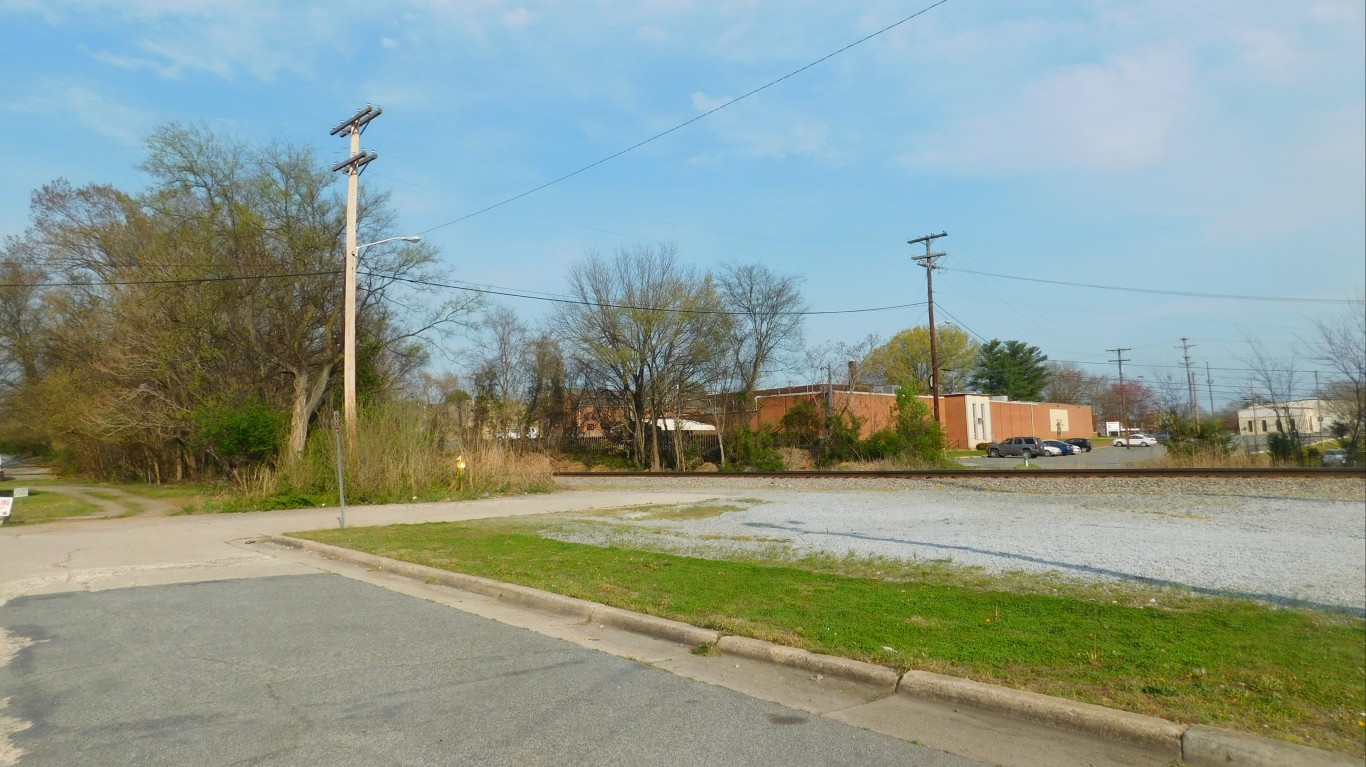 The typical household in Lexington, North Carolina, earns less than $30,000 a year, over $20,000 less than the median household income across the state as a whole. Additionally, 31.0% of residents live below the poverty line, a higher poverty rate than in over 90% of American cities. The area’s low incomes are partially attributable to the weak job market. Over the last five years, employment in the city declined by 8.1%. According to Census estimates, 7.8% of workers in Lexington are unemployed, compared to 4.4% of workers statewide. 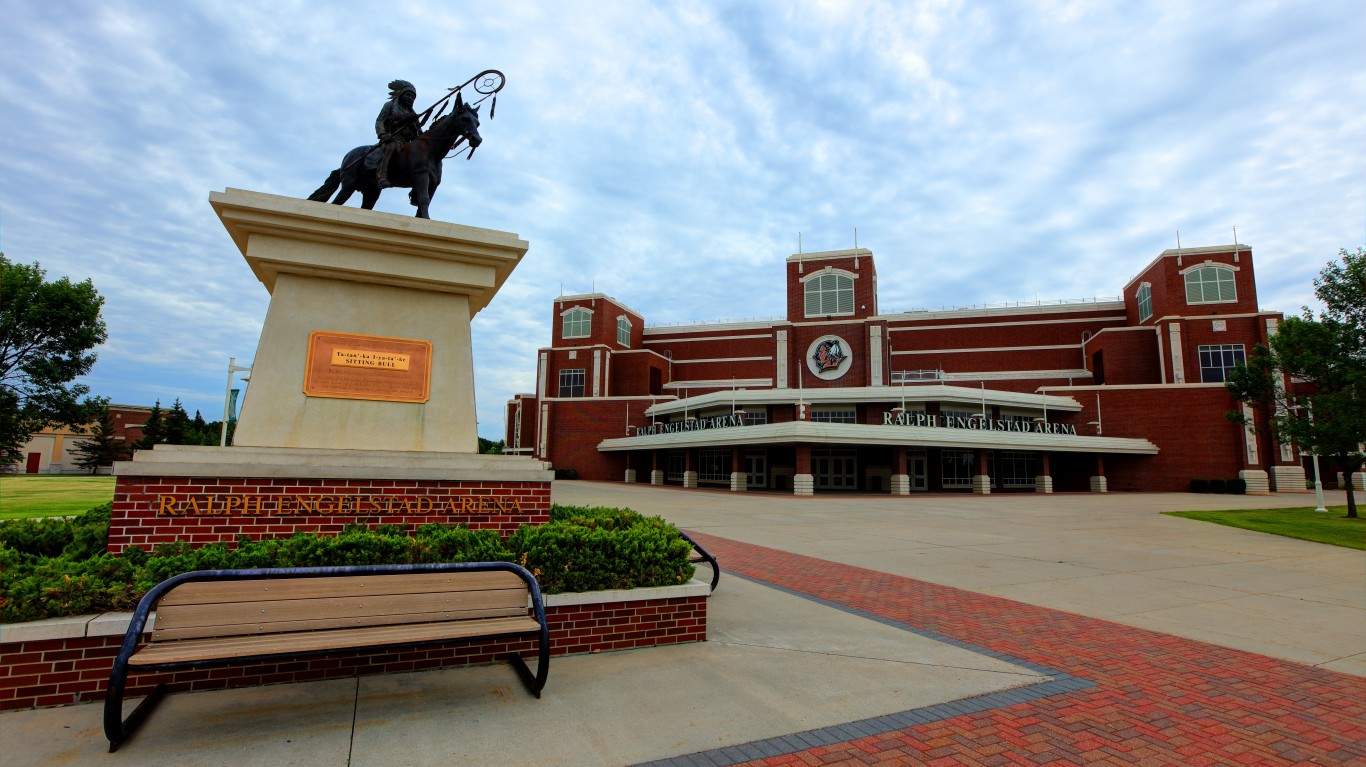 Though it ranks as the worst city to live in in North Dakota, Grand Forks is a far better place to live than most cities on this list. For example, the unemployment rate of 2.9% in Grand Forks, though it is the highest of any city in the state is well below the comparable 4.1% national rate. Similarly, the median annual household income of $48,241 is the lowest in the state — but, adjusting for the city’s low cost of living, the typical household’s buying power is $55,133, only slightly lower than the national median household income of $57,652.

Still, poverty is relatively high in Grand Forks. About one in every five residents live below the poverty line, a higher poverty rate than in at least 75% of American cities and the highest in the state. 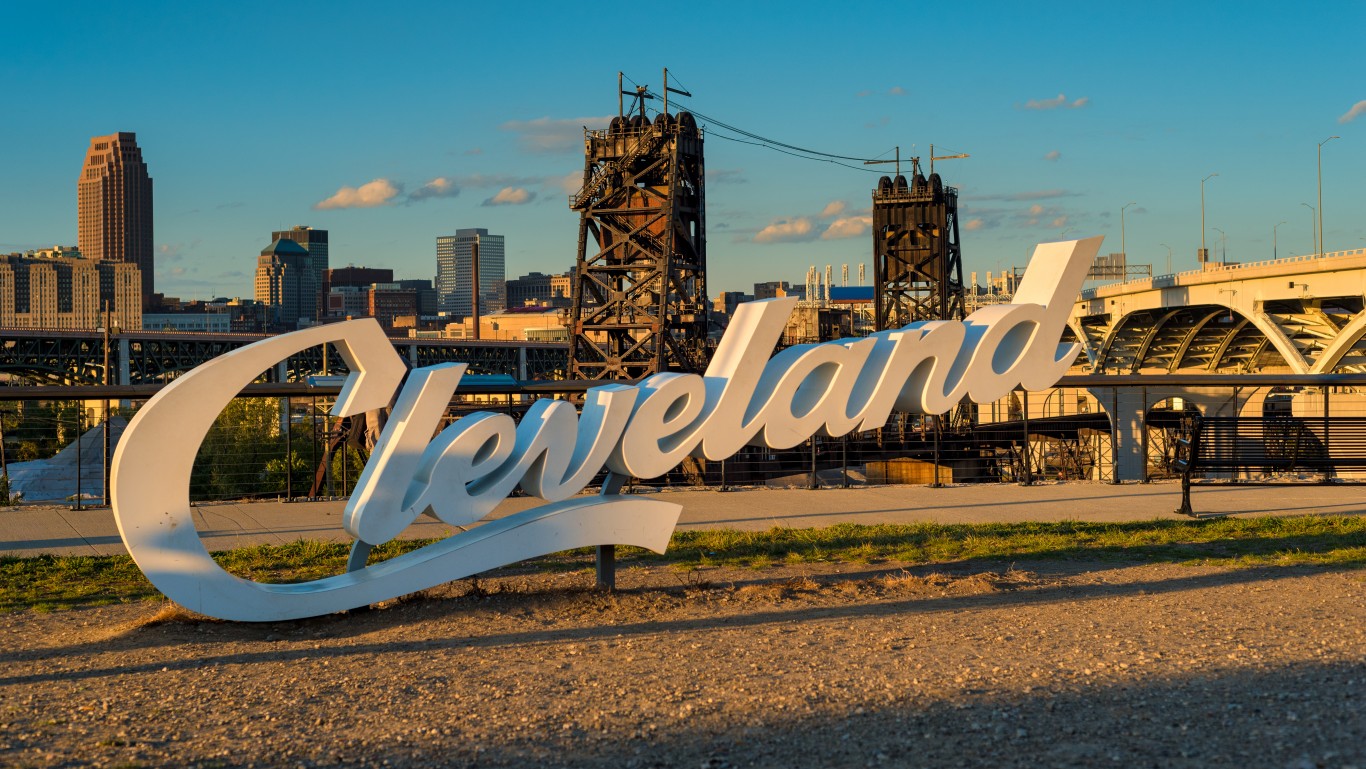 Most large American cities have grown in population in recent years. But Cleveland, the worst city to live in in Ohio, is not one of them. Of all the 64 U.S. cities home to 300,000 people or more, only five — including Cleveland — have a smaller population smaller now than they had five years ago. Since 2012, Cleveland’s population declined by 2.3%, even as the U.S. population grew by 3.8% over the same period.

The population decline may be partially explained by socioeconomic conditions in the city. A dangerous city, Cleveland’s violent crime rate of 1,557 incidents for every 100,000 people, is among the highest in the country and five times higher than Ohio’s violent crime rate of 298 per 100,000. Joblessness is also a problem as the city’s 9.4% unemployment rate is well above the comparable 4.1% statewide rate.