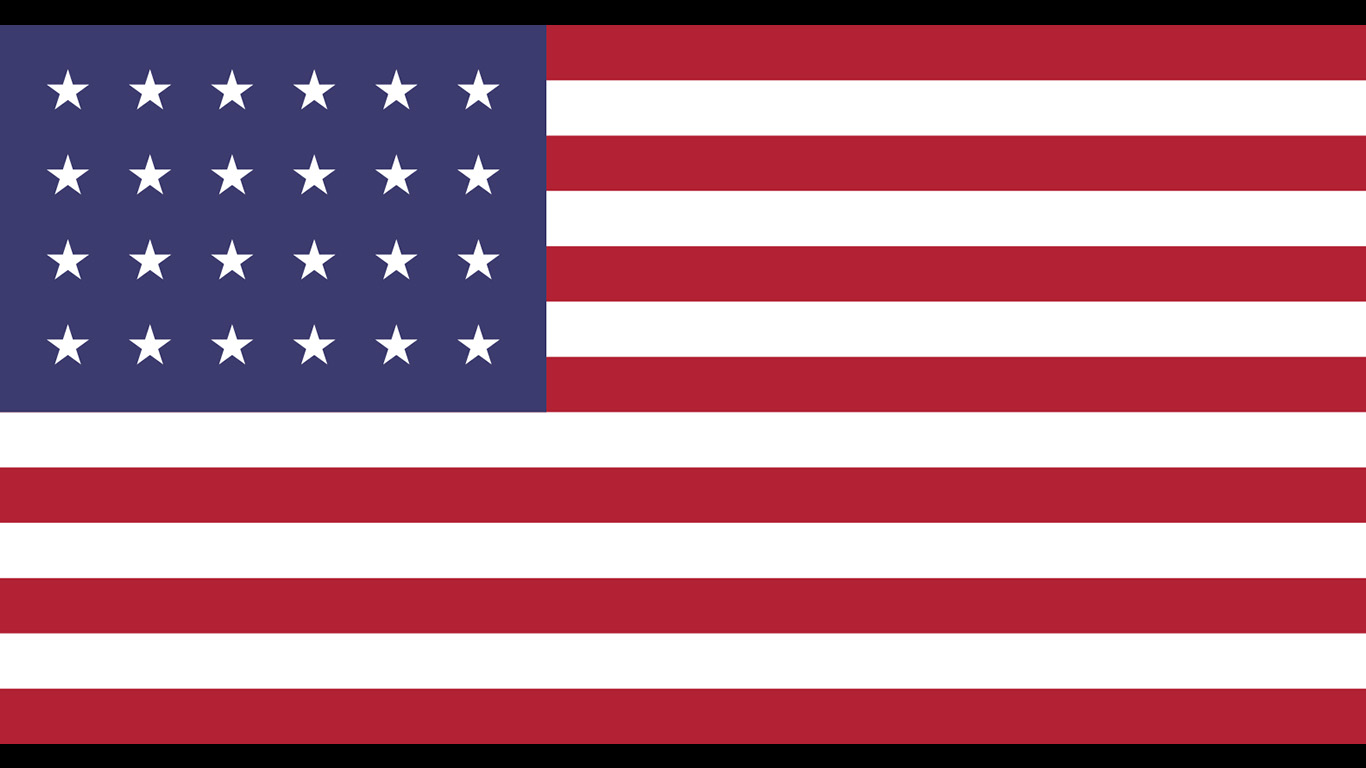 The flag expanded to 24 stars with the addition of Missouri in 1821. Missouri, a slave state, was admitted as part of the Missouri Compromise, which sought to achieve a balance of free and slave states during the antebellum period. The compromise included the admission of Maine, a free state, which had separated from Massachusetts and become a state the previous year. 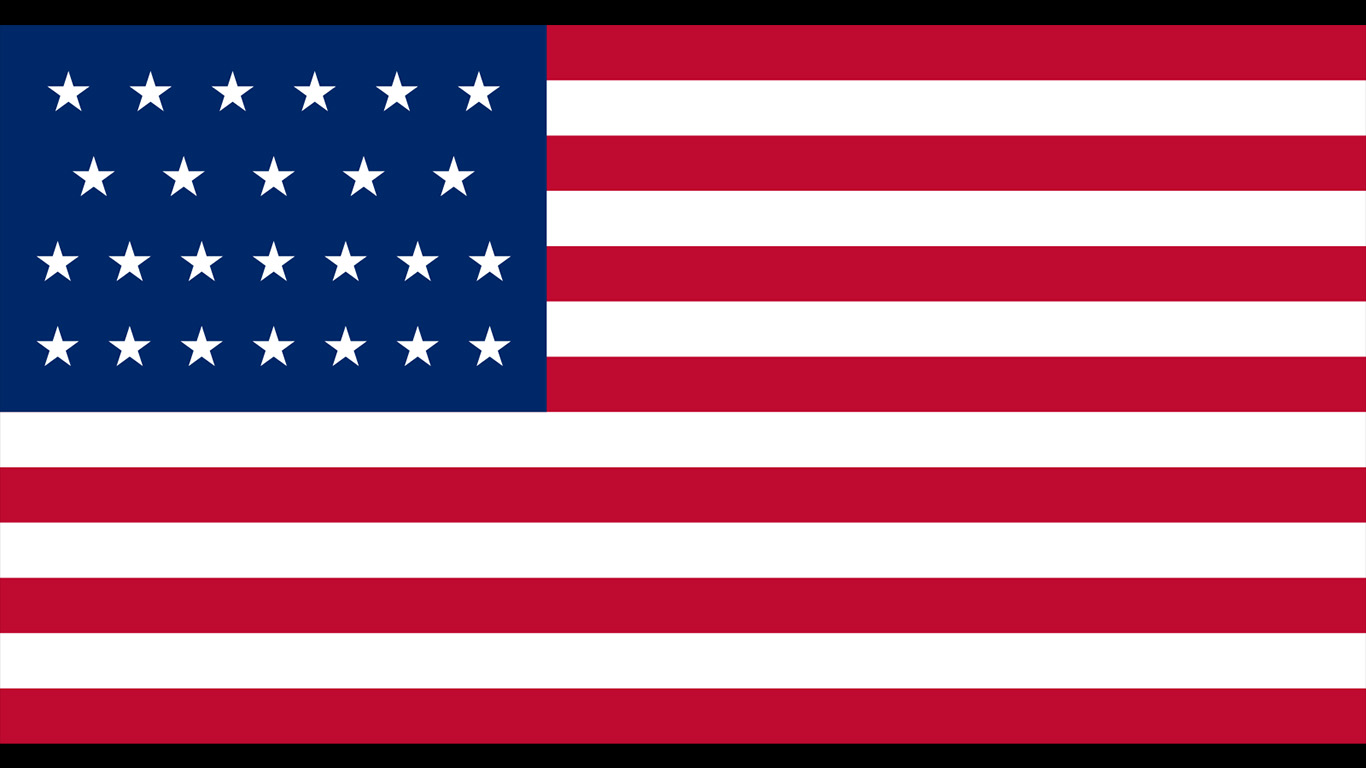 Arkansas joined the Union as a slave state on June 15, 1836. Less than a month later, its star was included in the U.S. flag, pushing the state total to 25. Arkansas was part of the Louisiana Purchase and carved out of what became the Missouri Territory to become its own territory. 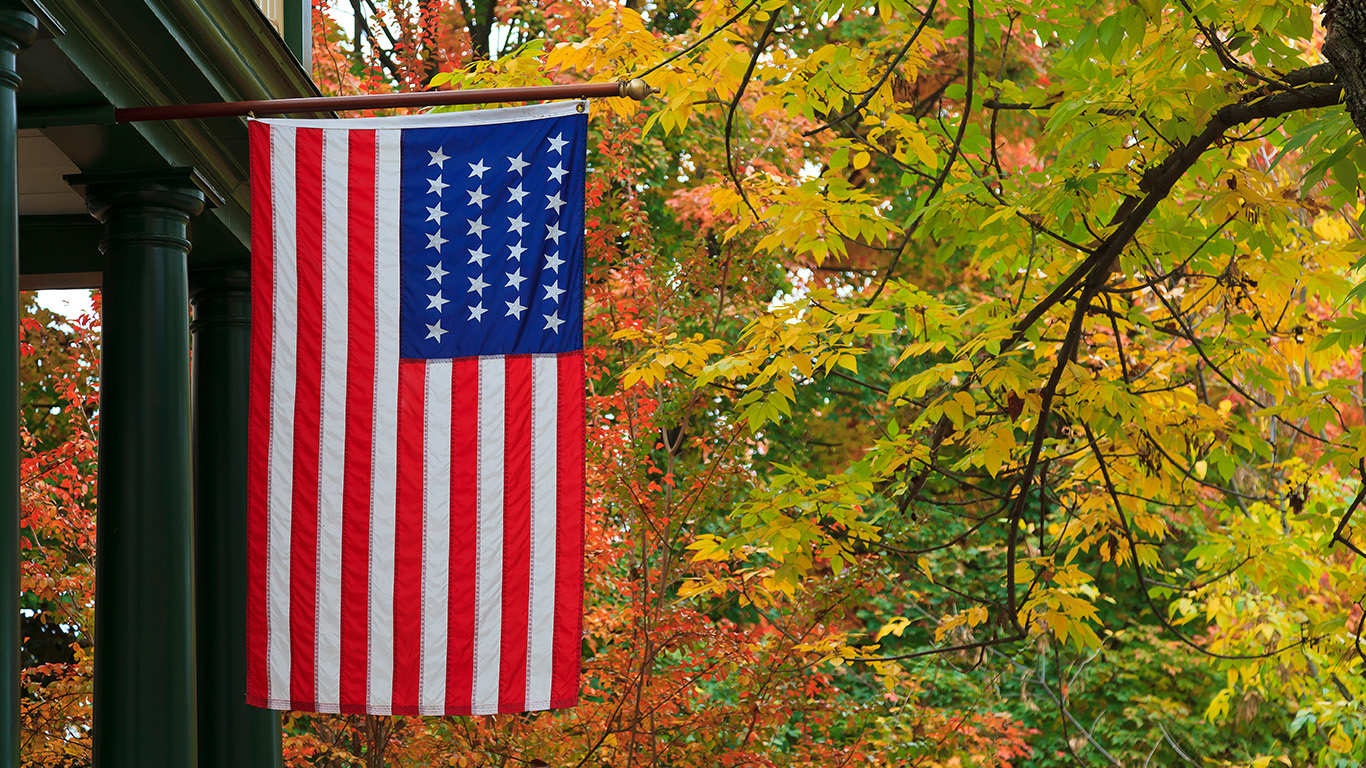 Michigan was admitted to the Union in 1837 as a free state to help maintain the balance between slave and free states. Michigan’s admission had been thwarted because of a border dispute with Ohio — which had been admitted as a state in 1803 — but President Andrew Jackson helped Michigan save face by awarding it land from the Upper Peninsula, and then it was granted statehood, boosting the number of states to 26. 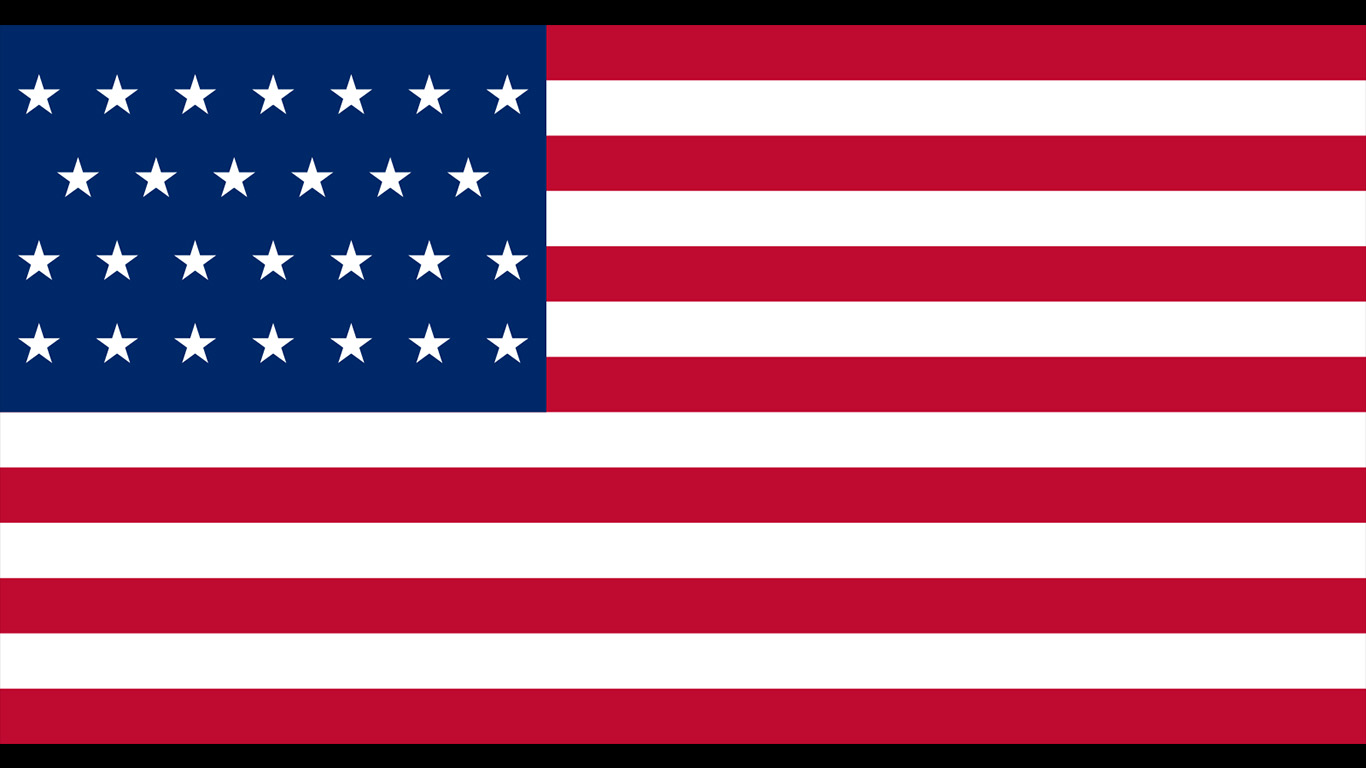 Florida, a former possession of the Spanish empire, was admitted to the Union in 1845, raising the total number of U.S. states to 27. It would not remain in the Union for long: Florida would secede in 1861. 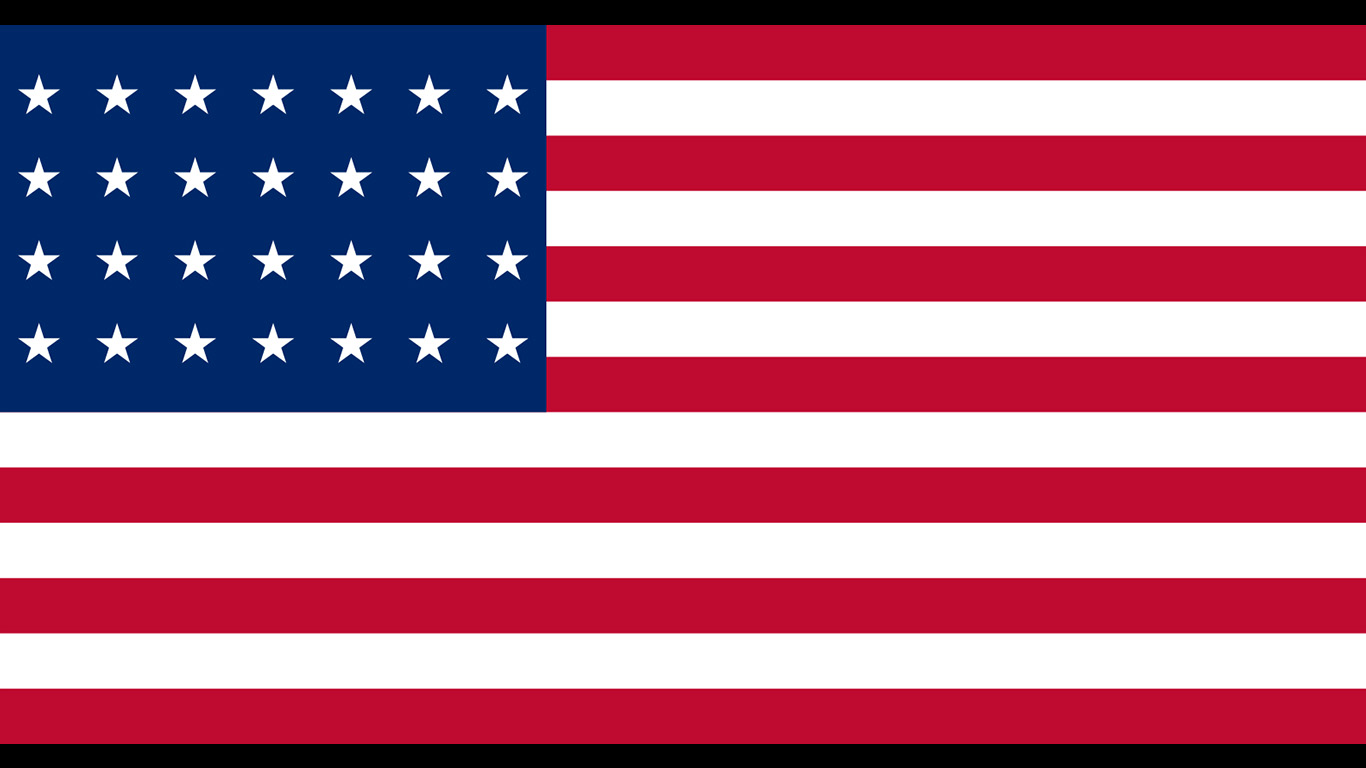 In 1846, the flag would undergo another change, this time because of the admission of Texas. Before becoming the 28th state, the Lone Star state had broken away from Mexico in 1836. It was an independent republic before joining the Union and becoming the biggest state in land mass in the contiguous 48 states.