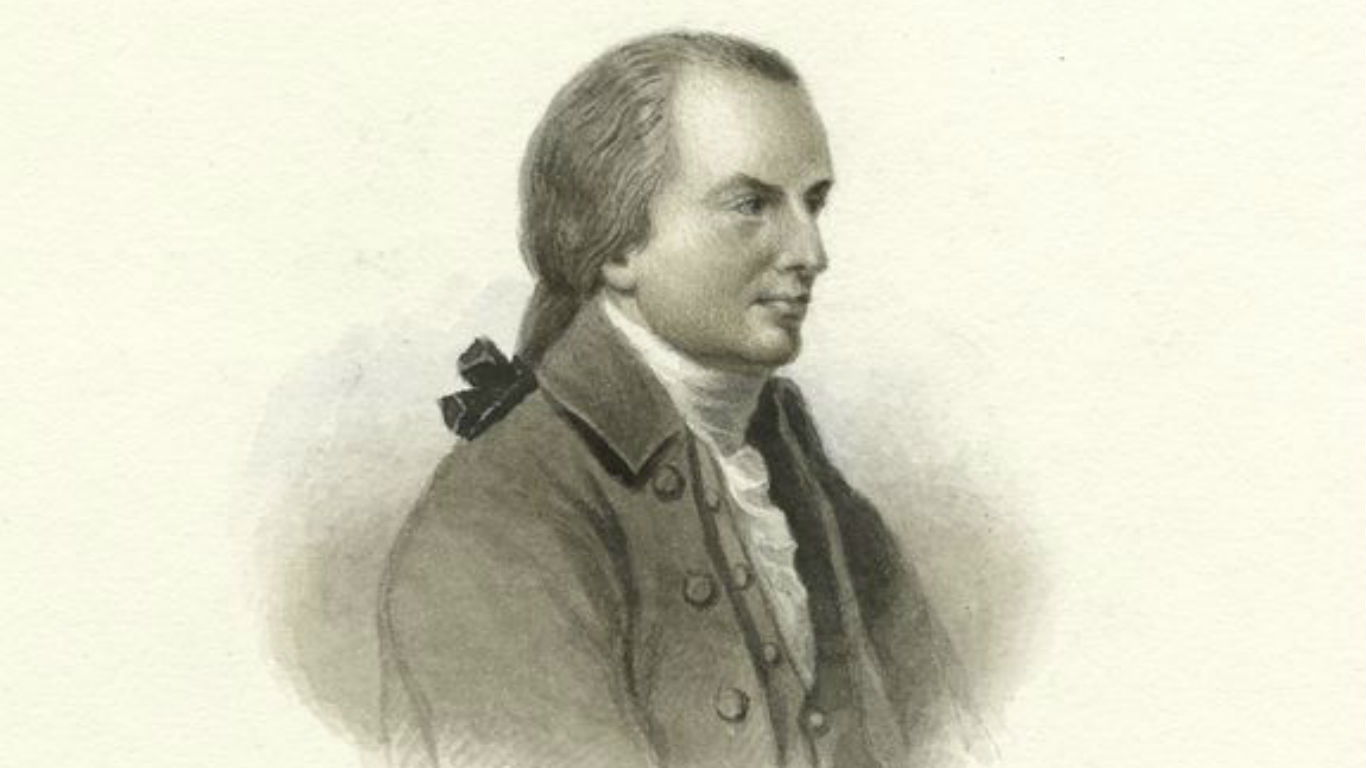 The scion of a wealthy agricultural family, Wythe studied law and was admitted to the bar in Spotsylvania County, Virginia, at the age of 20. A member of the House of Burgesses and one-time attorney general of Virginia, he became America’s first law professor, at the College of William and Mary — where his students included Thomas Jefferson, James Monroe, and John Marshall. After independence, he freed his slaves and willed part of his family property to one of them — which spurred his disinherited grandnephew to fatally poison both the man and Wythe.