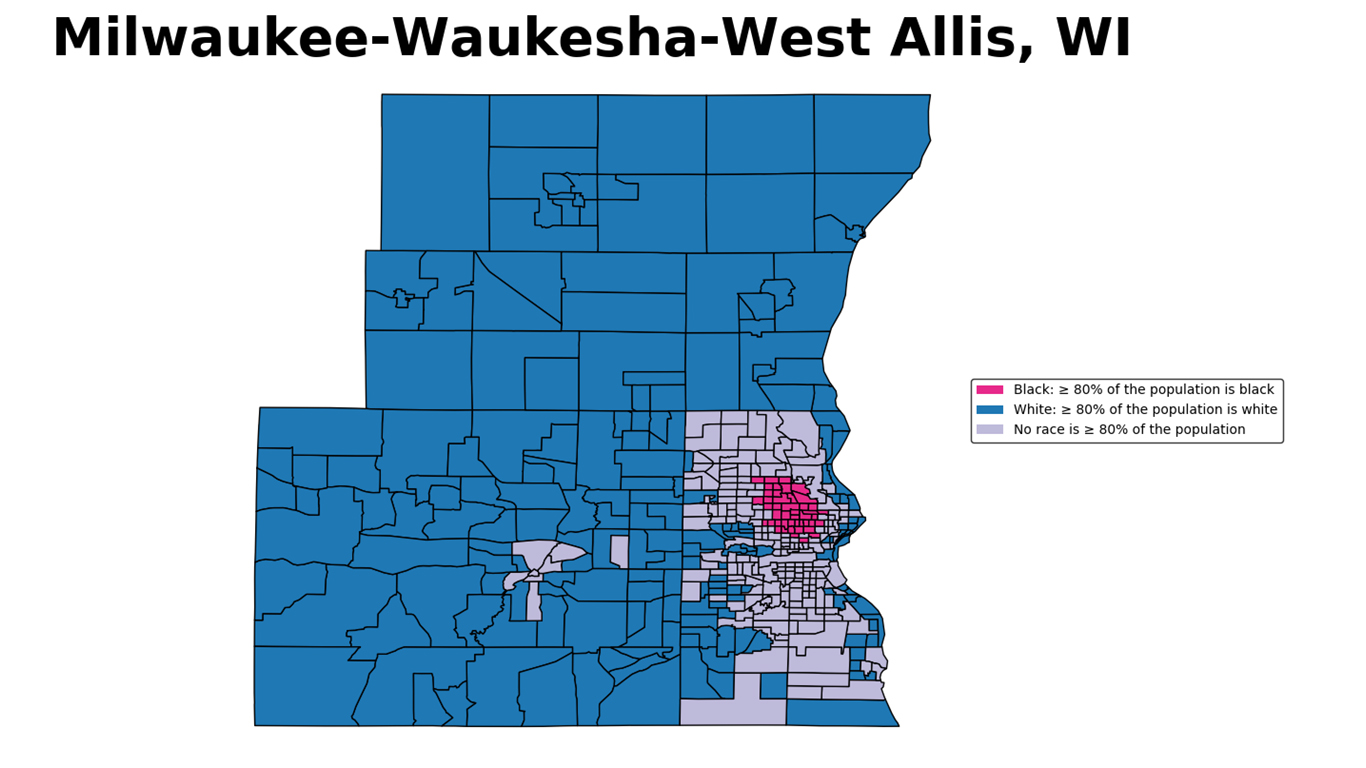 Like many Rust Belt cities, Milwaukee’s current segregation patterns can be traced back to discriminatory appraisal maps drawn up by the HOLC. Neighborhoods just north of downtown Milwaukee, such as Halyard Park, Hillside, and Haymarket were deemed hazardous for investment, with assessors citing the area’s African American population as a threat to property values. 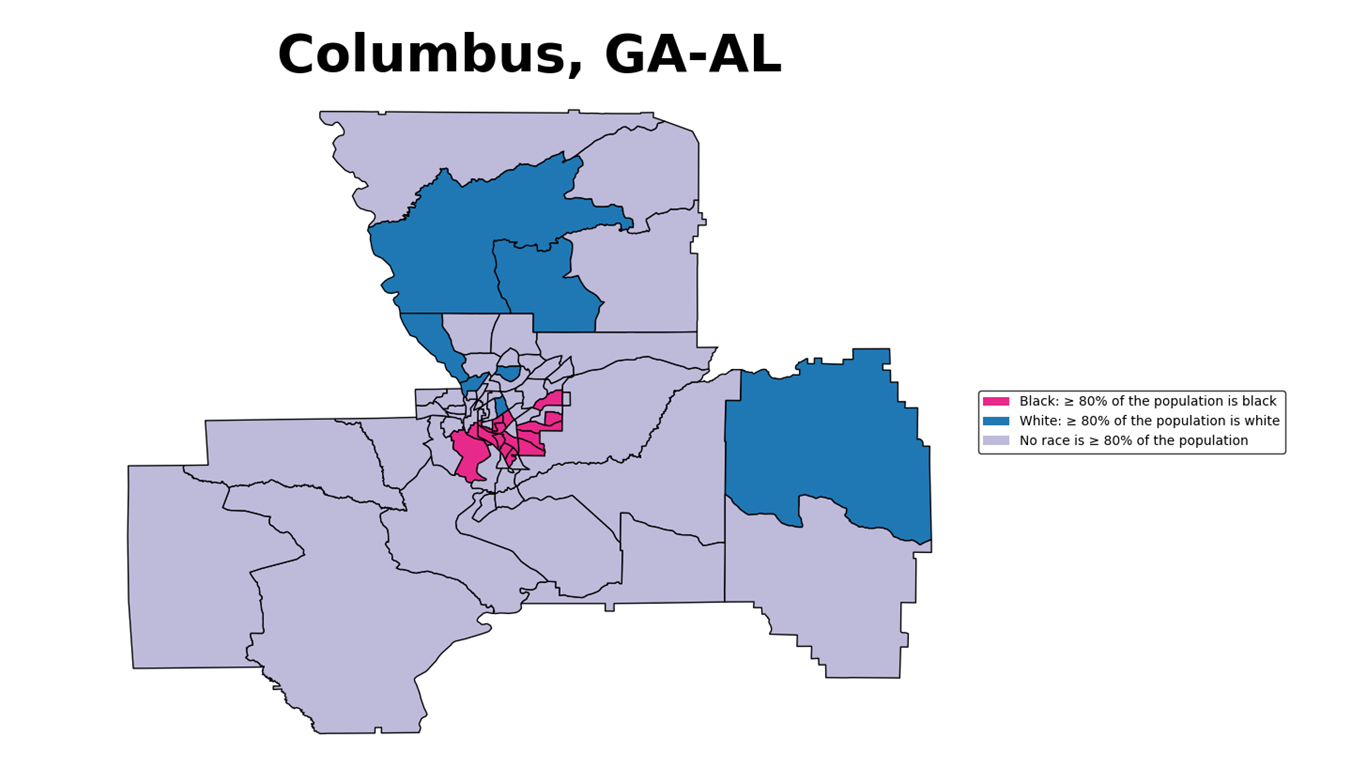 Columbus is one of four metro areas in Georgia to rank among the 25 most segregated cities in America. An estimated 36.4% of black residents in the Columbus metro area live in predominantly black neighborhoods, more than twice the 16.8% national figure. 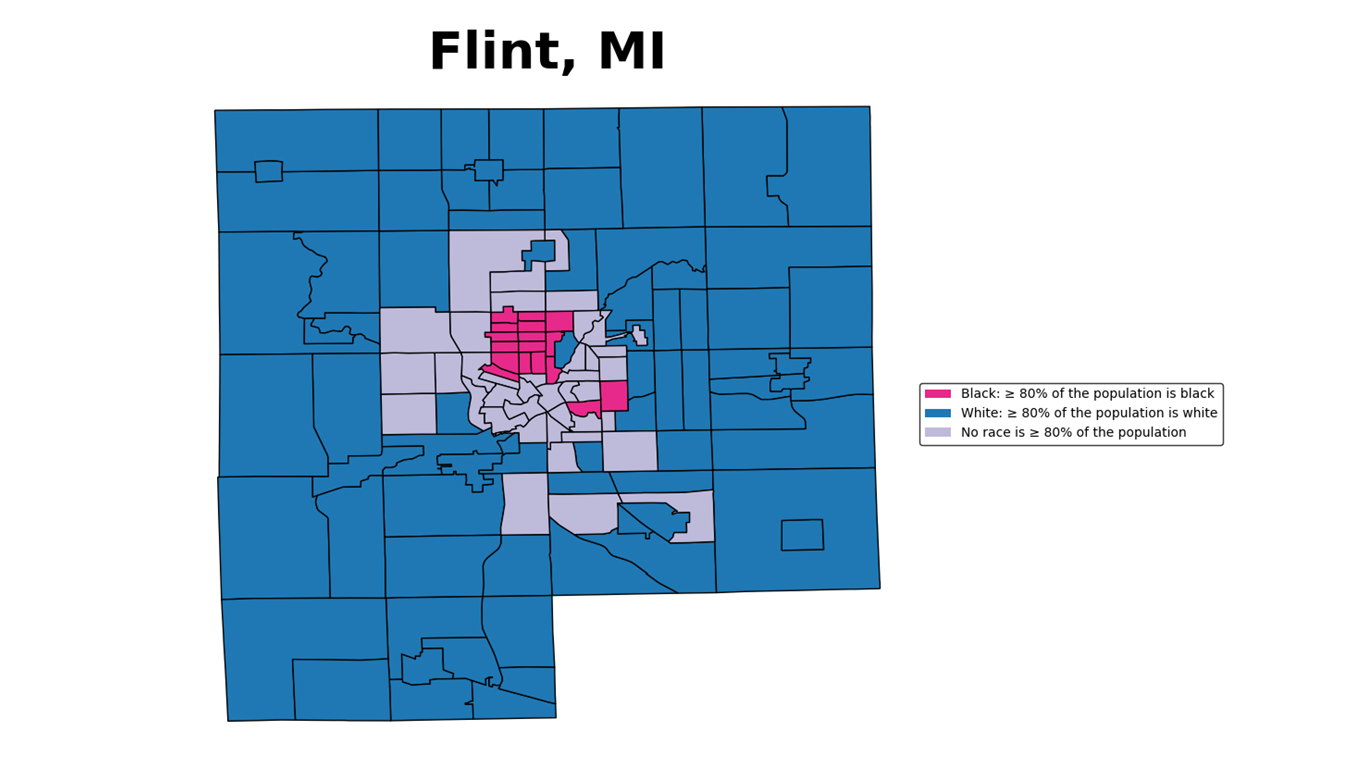 In 2014, the city of Flint switched its water source from Detroit to the Flint River in order to reduce a budget shortfall. The Environmental Protection Agency quickly confirmed the presence of dangerous levels of lead in the water, which likely led to a 400% spike in pneumonia deaths that year and a slew of other negative health outcomes. Some have used the Flint water crisis an example of environmental racism, a term coined in the 1980s that describes situations in which black Americans are disproportionately exposed to high levels of pollution. 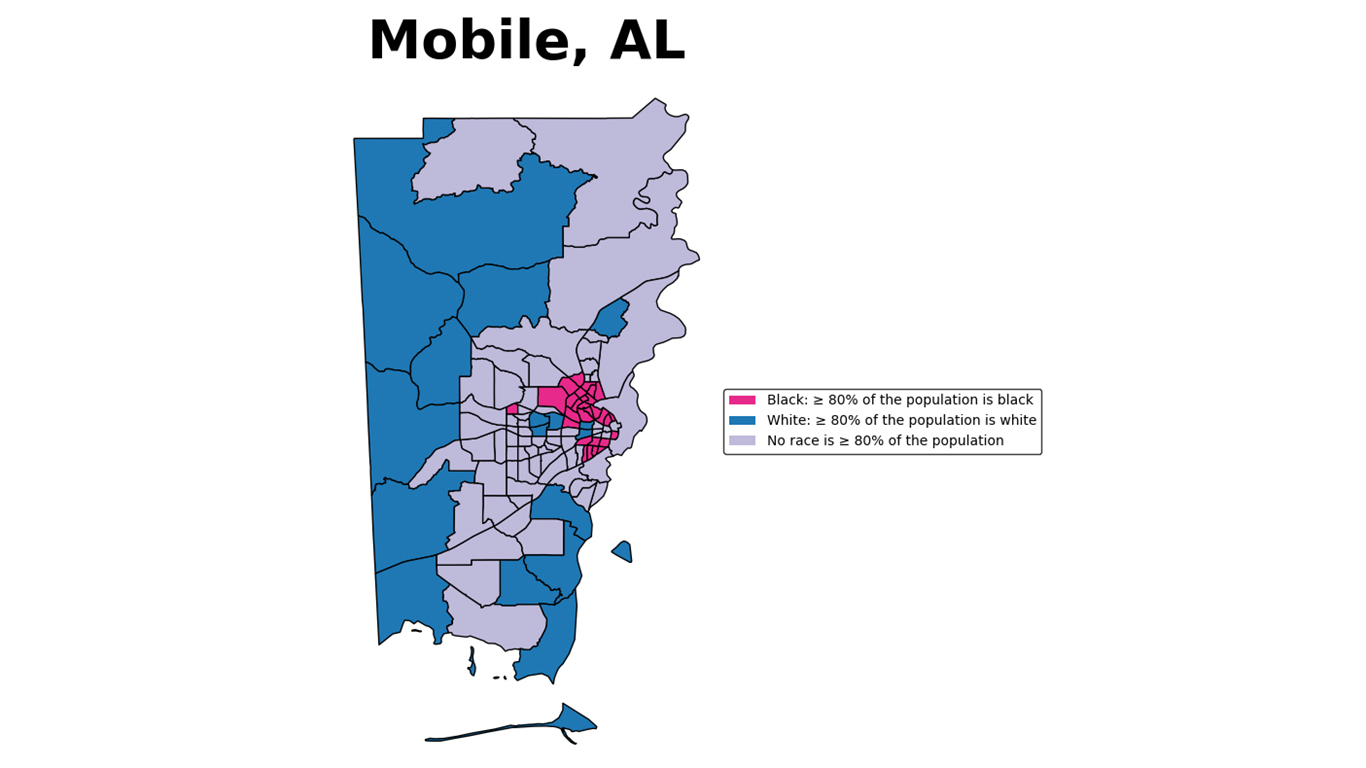 Mobile is one of three metro areas in Alabama to rank among the most segregated cities in America. An estimated 38.2% of black residents in the metro area live in predominantly black census tracts, more than twice the 16.8% national figure. 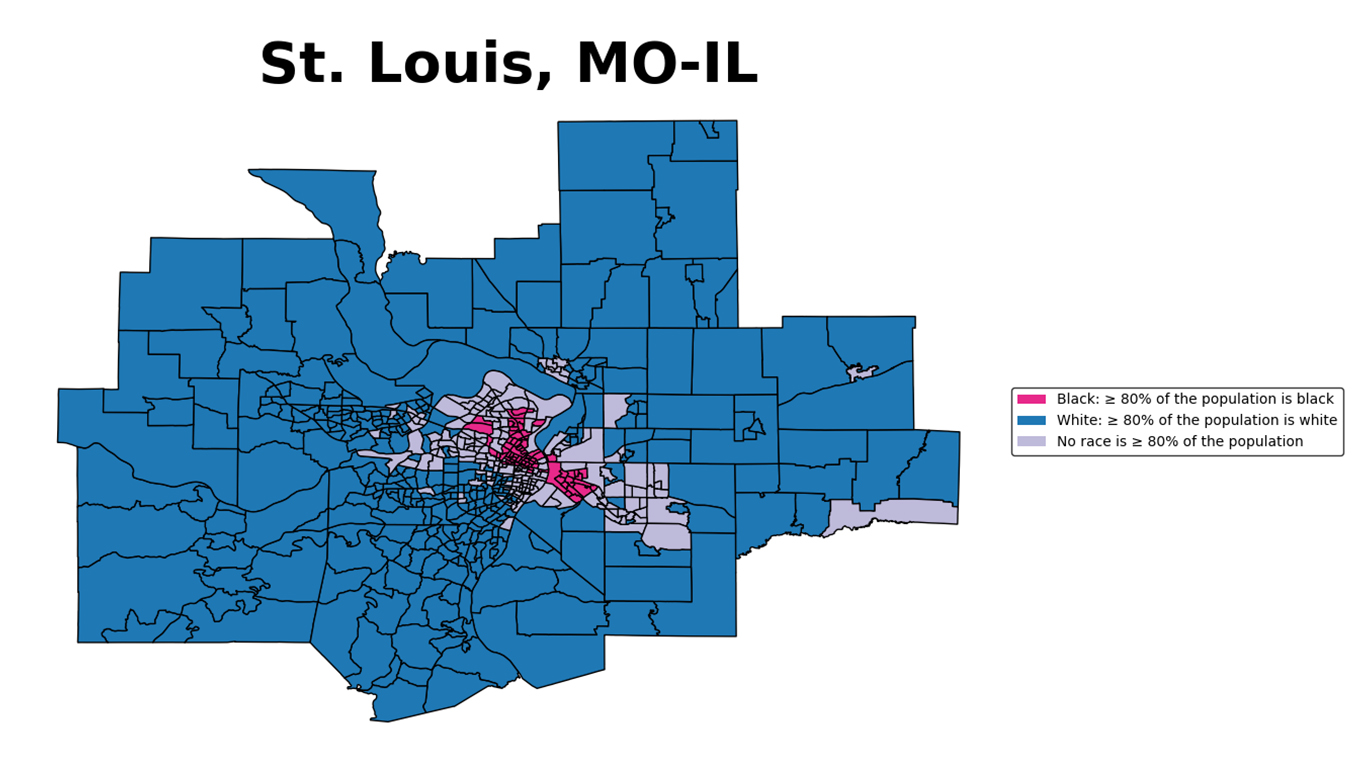