Highest Paying Jobs You Can Get Without A College Degree

College is often touted as the pathway to a brighter financial future. But this is not always the case. The cost of tuition, books, lodging, and more can be expensive, and it drives many into tens of thousands of dollars in debt. While college grads certainly earn higher wages on average, some make relatively little. These are the college majors that pay off the least.

On the other hand, there are jobs that require little to no secondary education yet pay very well. The median annual wage for all jobs in the United States is $38,640. There are a handful of jobs that require only a high school diploma or an equivalent education that pay more than double that.

24/7 Wall St. reviewed data from the U.S. Bureau of Labor Statistics to determine the highest paying jobs you can get without a college degree.

While salary is always a major factor when choosing a job or career field, there are other considerations that need to be taken into account — like whether the job will still be in demand in the future. Some low-skill jobs are already being phased out by automation, but by 2026, employment is projected to decline for only three of the 20 highest paying jobs you can get without a college degree, according to the BLS. Only two of the 20 jobs listed here, however, are projected to have employment growth beyond the projected overall U.S. job growth rate of 7.4% by 2026.

There are many jobs that keep society running — by providing power, security, transportation, and many other valuable services. Such jobs can command higher pay without requiring a degree and account for many of the jobs on this list.

Though these jobs pay well, they certainly have drawbacks. Many of the careers on this list are in the transportation sector, which often requires employees to work long and irregular hours. Other jobs on this list can be dangerous, particularly those in law enforcement. These are the most dangerous jobs in America. 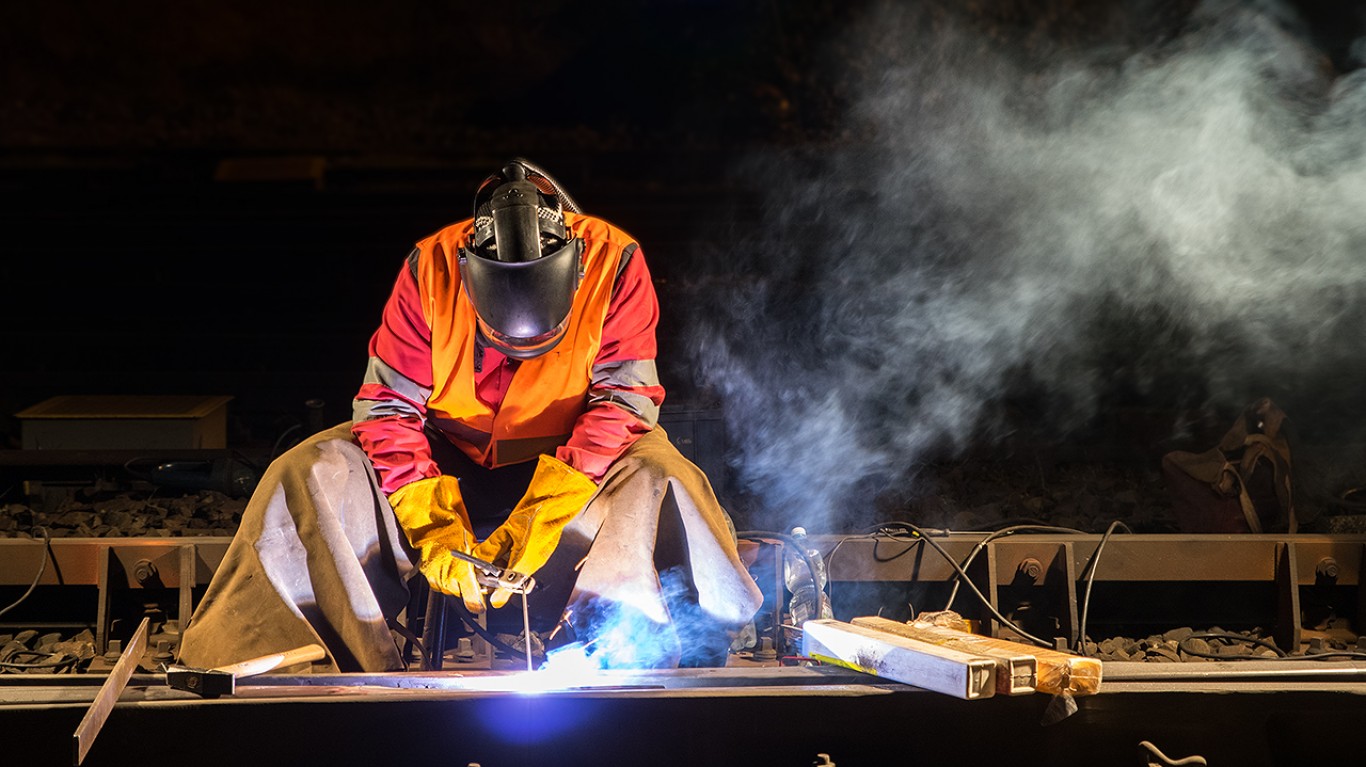 About 5% of American workers commute using transit, according to CityLab estimates. This often means taking the train. Everyone who regularly travels by rail knows that tracks and switches malfunction often. Signal and track switch repairers are tasked with diagnosing and addressing the issues in these systems and fixing them to keep travelers safe and on time. Most signal repairers make more than $70,000 per year, nearly double the U.S. median annual wage of $38,640. This job typically requires just a high school diploma and no prior work experience for applicants. 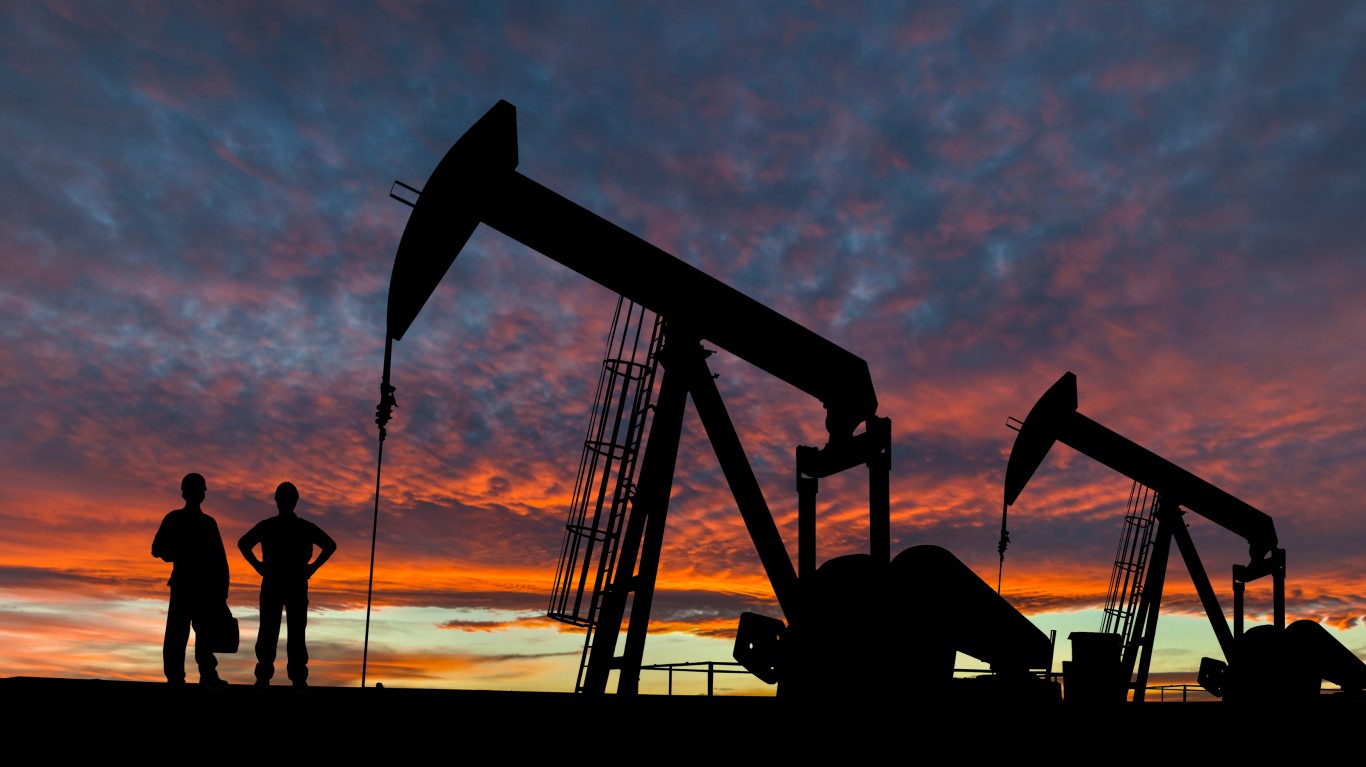 Petroleum pump system operators, refinery operators, and gaugers help to set up oil wells and ensure that they continue pumping. As part of the generally higher-paying oil and natural gas industry, these workers are well compensated. Most earn over $70,000 per year. As renewable energy becomes more common, oil and gas industry jobs may be drying up. Total employment for pump system operators is only projected to grow by 2.8% by 2026 — well below the 7.4% growth projected across all jobs in the same time frame. 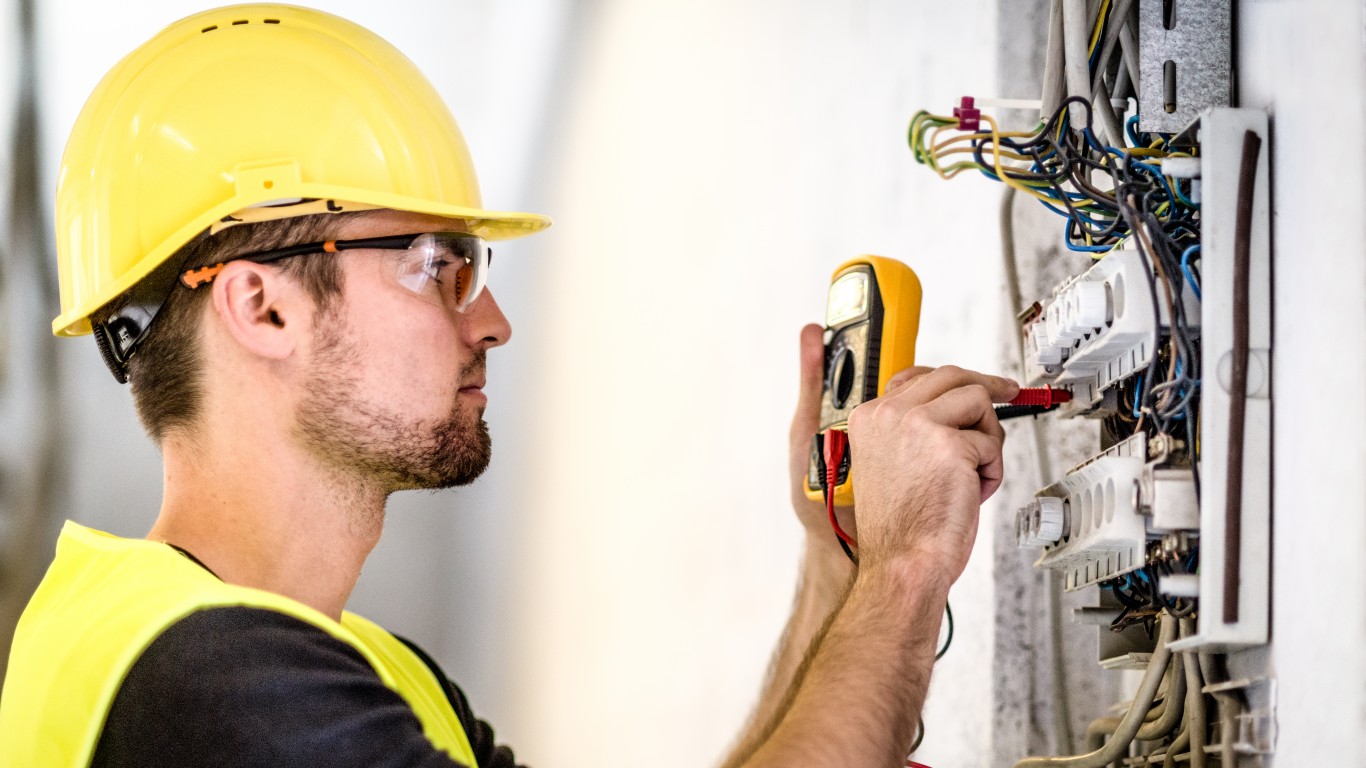 With electricity powering cell phone chargers, TVs, and computers, our power grids are more important than ever. The power line installer field is expected to be one of the fastest growing in the country. There are projected to be 13.9% more installers and repairer jobs in 2026 than there were in 2016 — nearly double the projected overall U.S. job growth. As of May 2018, there are already over 100,000 power line installers and repairers. 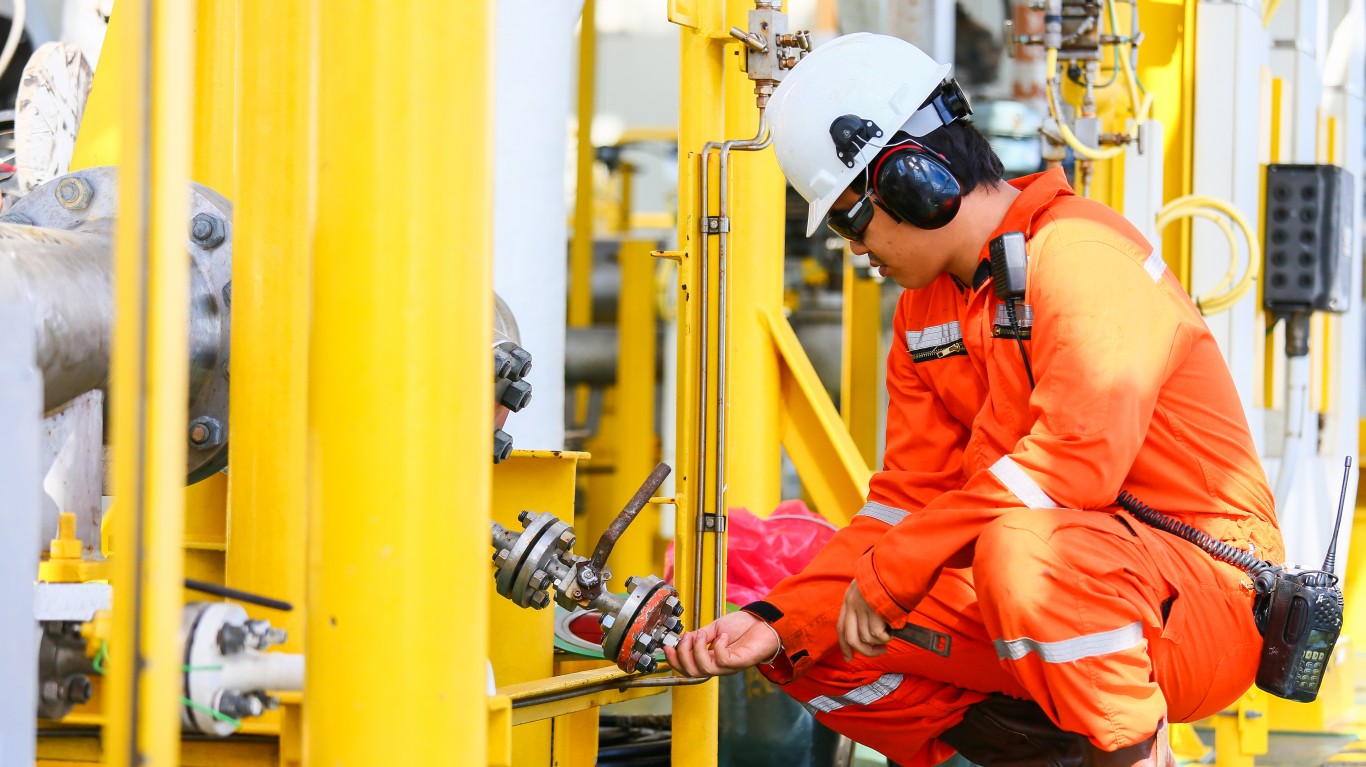 Gas plant operators ensure that natural gas plants safely store and distribute gas. Though this job does not require a college degree or work experience, it can take a long time to become familiar with all the equipment used in a gas plant so operators typically need long-term on-the-job training to become proficient. The BLS projects no growth in the profession from 2016 to 2026. 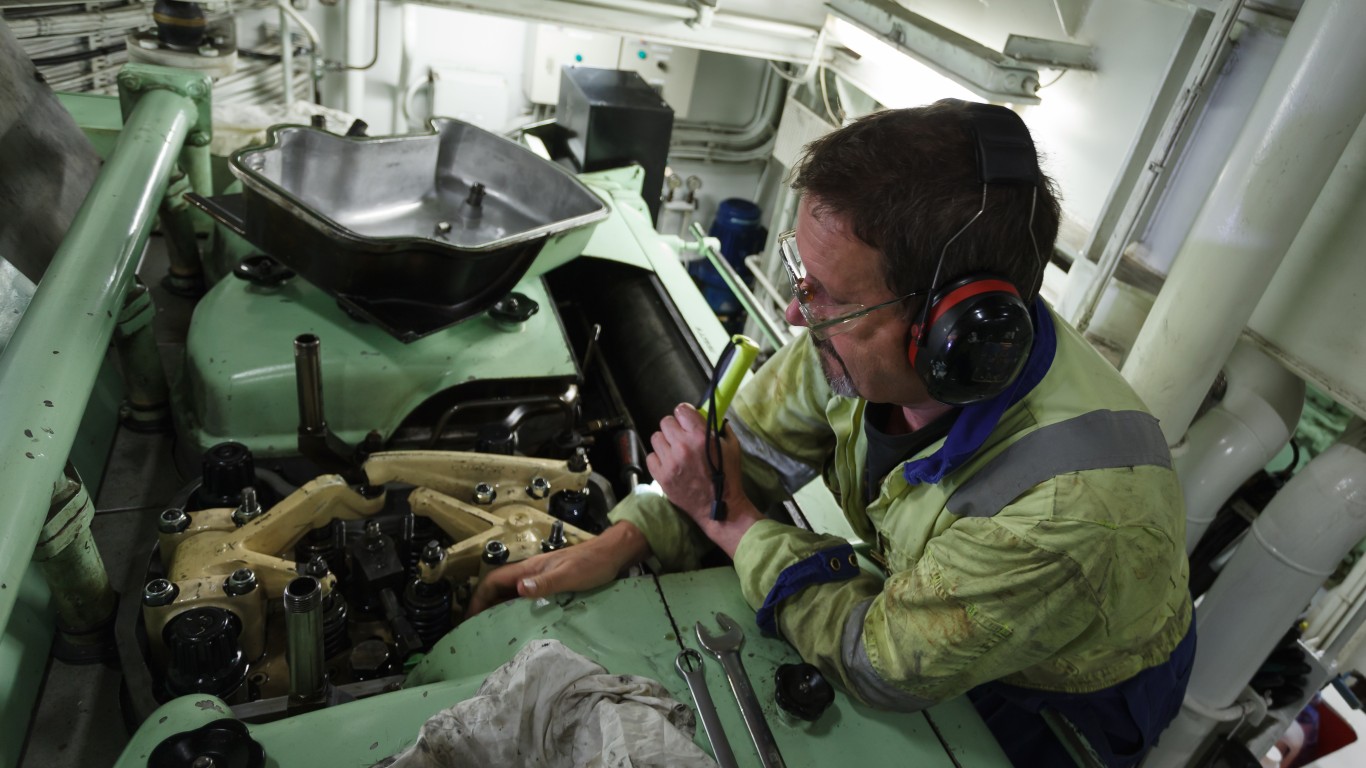 Though ship engineer jobs do not require a four-year college degree, running and maintaining all the engines, boilers, and machinery on board a ship is a difficult skill set to acquire. Licensing exams for engineers typically require several years of maritime experience in lieu of education. As with many jobs that require significant expertise, ship engineers are well paid. Most earn more than $71,000 annually.