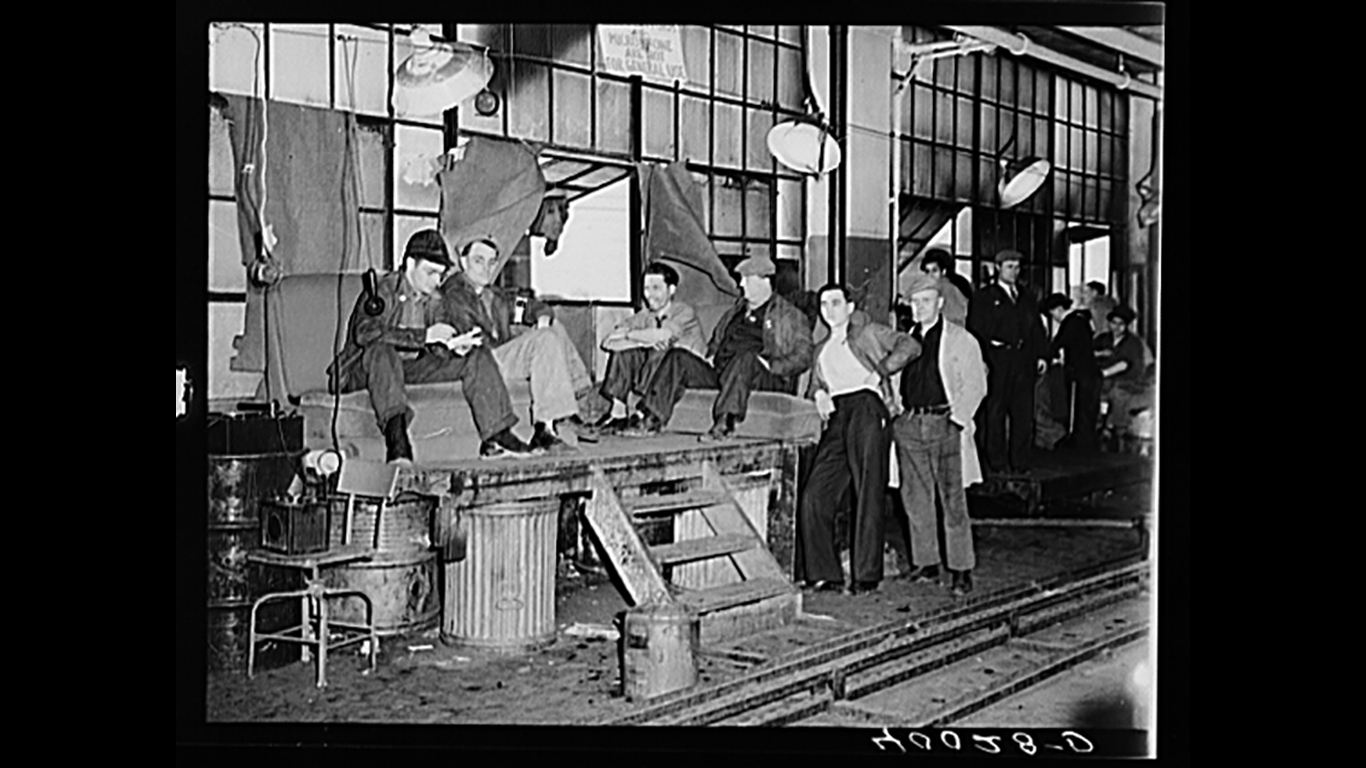 Nearly two years after the establishment of the United Automobile Workers (UAW), the union scores a major victory in Flint, Michigan. Workers at the General Motors Fisher Body Plant Number One lay down their tools and occupy the factory, demanding union representation, a fair minimum wage, safer working conditions, and not to outsource labor to non-union plants. Despite efforts by GM and local police to extricate them from the plant, including shutting off the heat, cutting off food supply, and attacks that leave 16 workers and 11 police officers injured, the strike lasts 44 days. The strike leads to an agreement between GM and the UAW, which includes a 5% pay raise and permission to talk in the lunchroom. 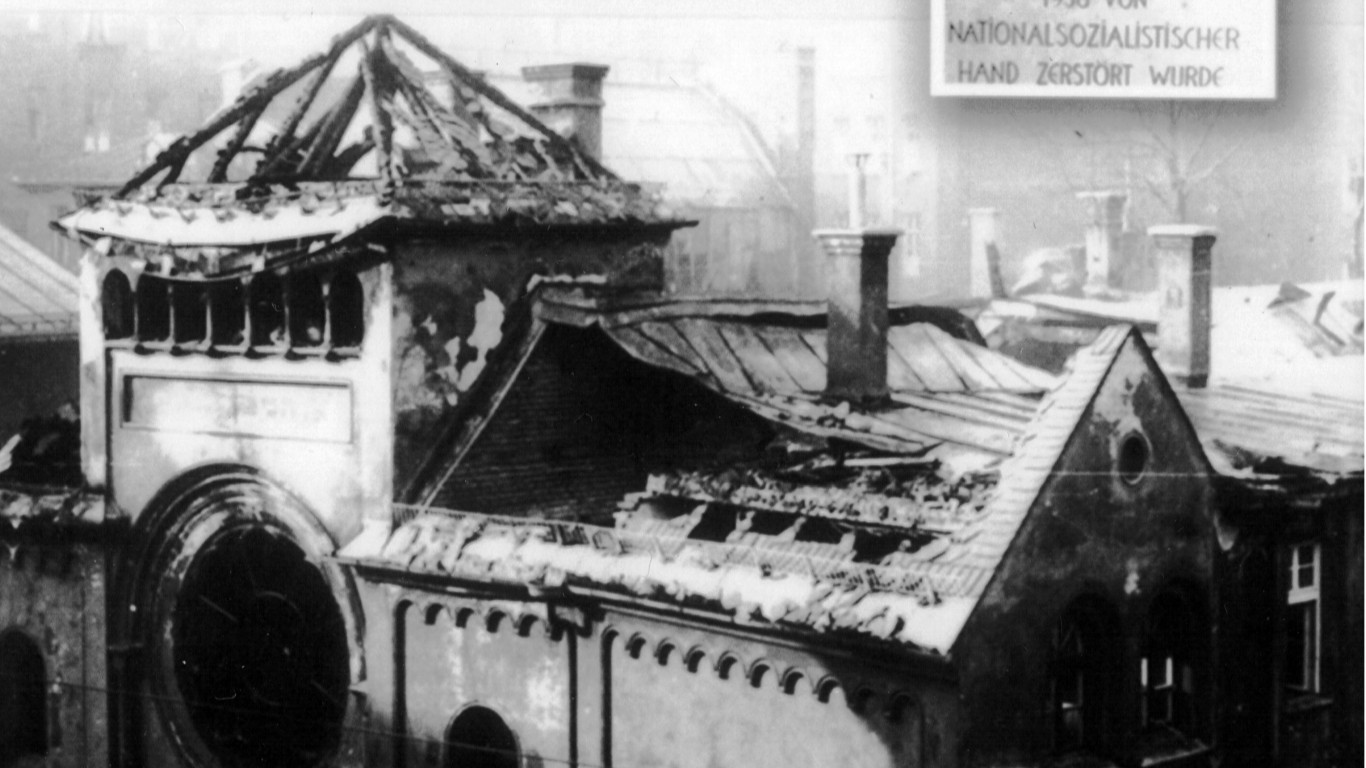 Growing anti-Semitic scapegoating amid Germany’s crippling economic conditions culminates in the Kristallnacht, or “Night of Broken Glass,” a pogrom sparked by a speech from German propaganda minister Joseph Goebbels. Storm troopers and other Nazi groups are ordered to attack and destroy Jewish businesses, homes, and houses of worship. In one night of attacks in Germany, Austria, and the German-speaking area of the Sudetenland in Czechoslovakia, dozens of Jews are killed and tens of thousands are rounded up and sent to concentration camps. 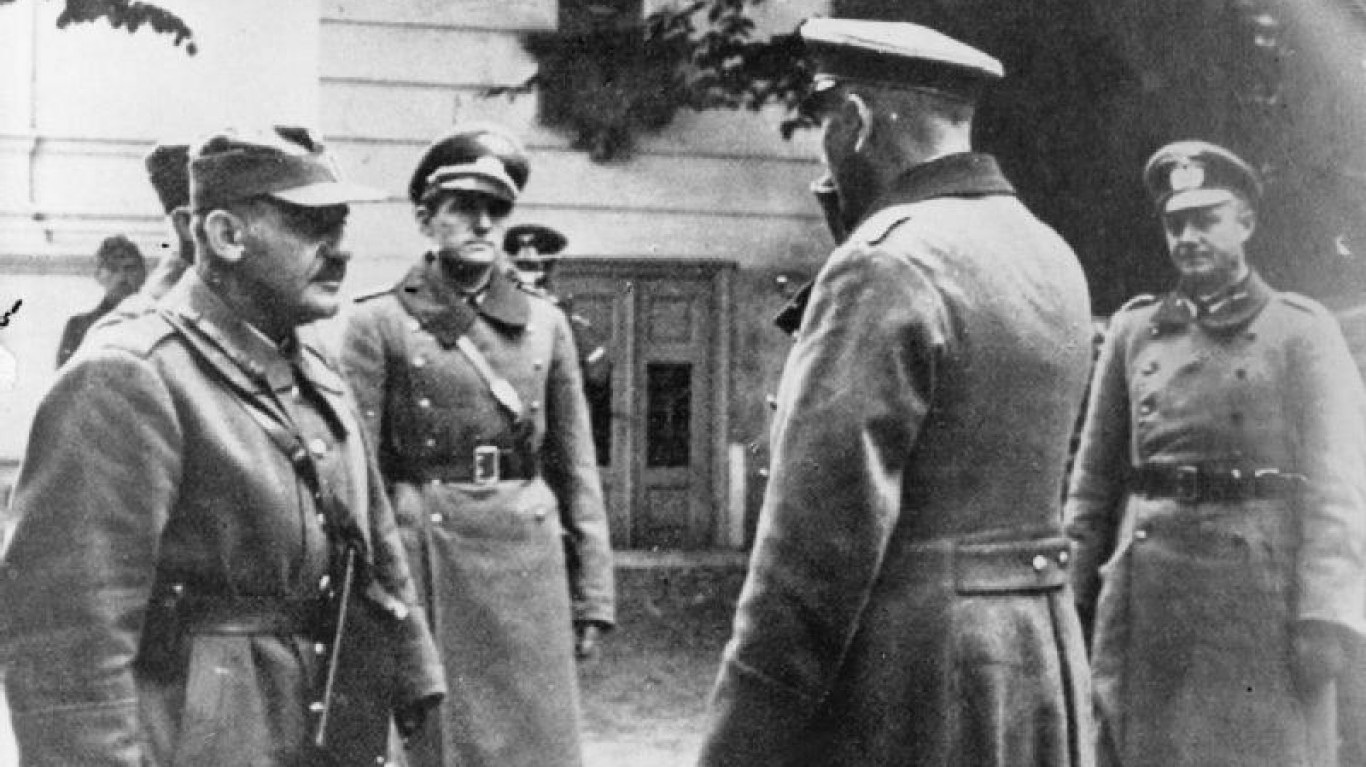 Under the cover of predawn darkness, a German battleship floats quietly into the center of Danzig Harbor and opens fire on a Polish stronghold in Westerplatte, the first shots of World War II. In the following weeks, Nazi forces, including 2,000 tanks and 1,000 aircraft, would shatter Polish defenses and surround Warsaw, which surrenders 26 days after the Danzig Harbor attack. 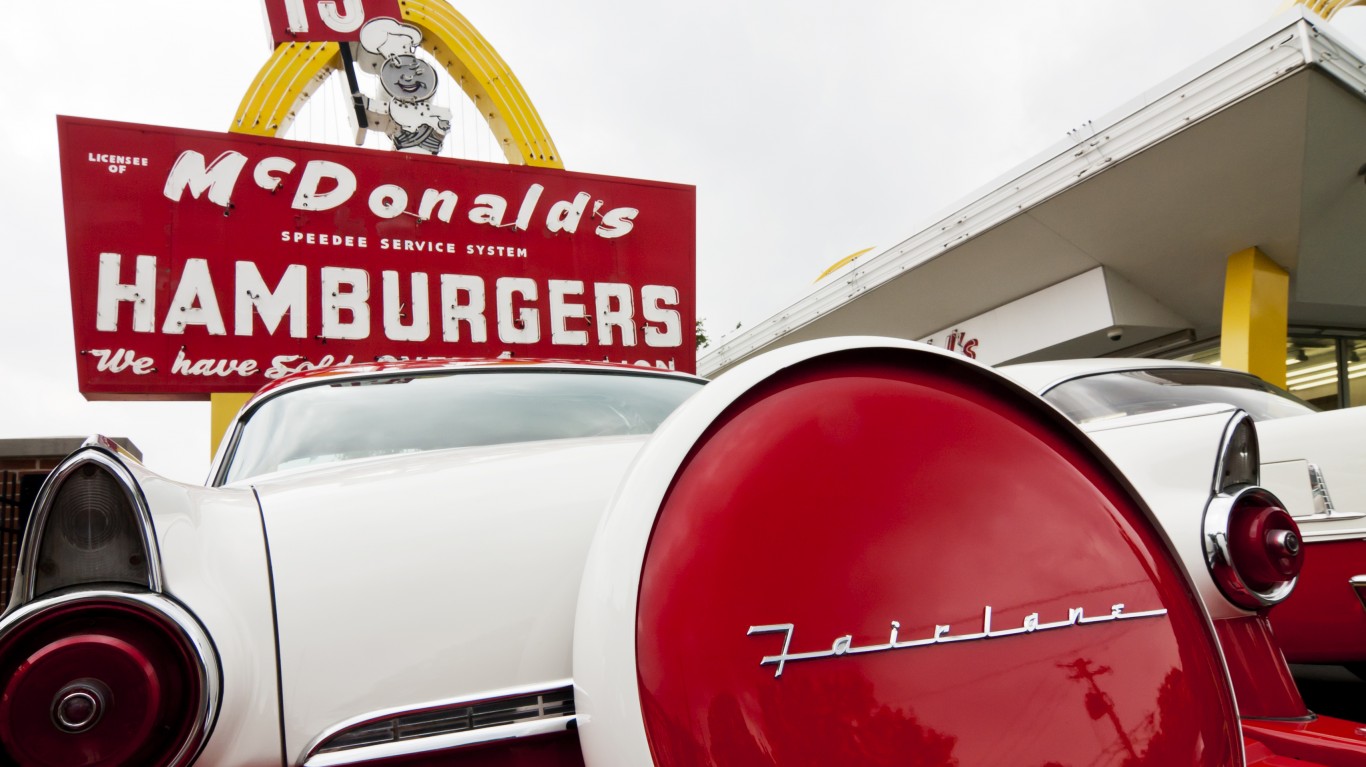 Brothers Richard and Maurice McDonald open McDonald’s Barbecue Restaurant, offering BBQ ribs, pork sandwiches, and 23 other menu items. Eight years later, they would restructure their popular local business to focus on hamburgers, milkshakes, and fountain sodas, emphasizing speed, a simple menu, and low prices. In the 1950s, businessman Ray Kroc would buy out the brothers and grow McDonald’s into what it is today — the world’s largest restaurant chain. 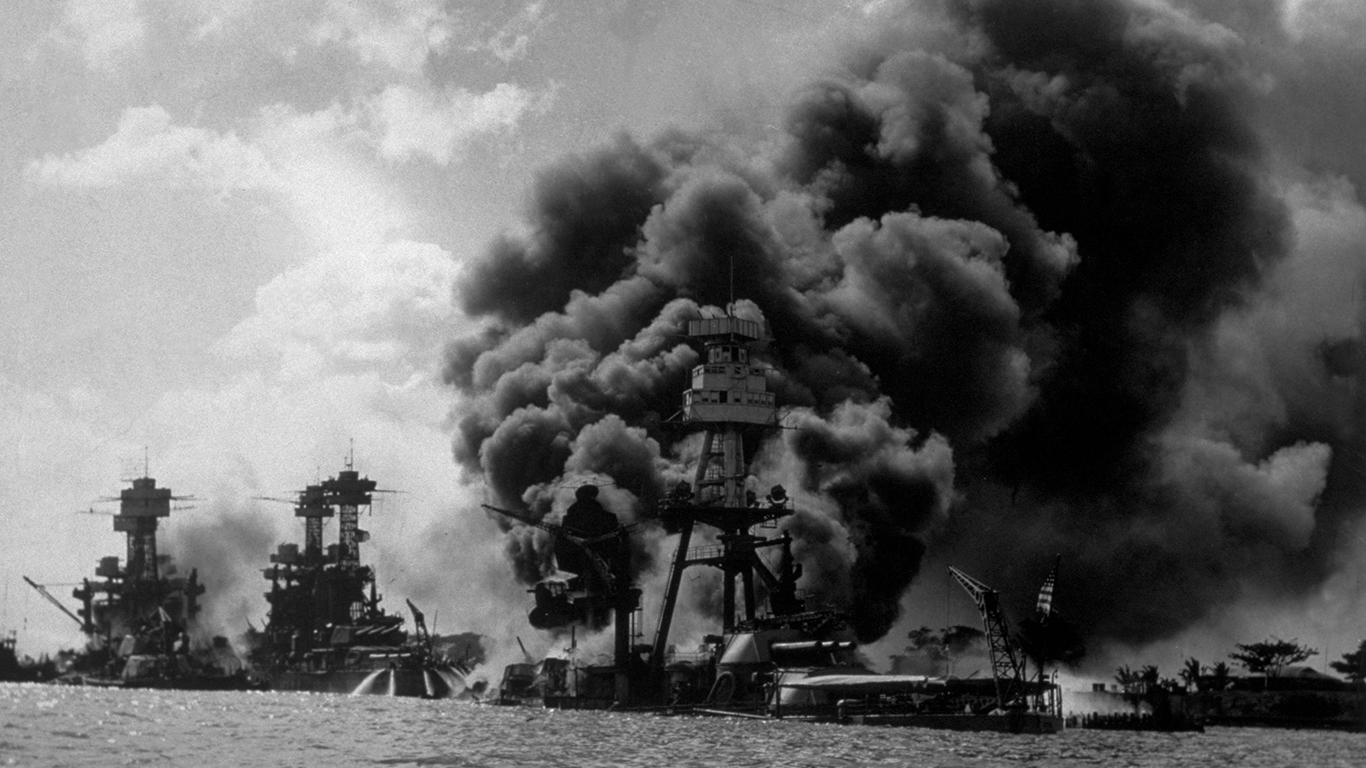 Knowing the U.S. is gearing up to engage them in the Pacific Ocean theater of World War II, Japan deploys a massive air attack on U.S. Navy ships parked at Pearl Harbor. The surprise assault by 353 Japanese aircraft leads to the deaths of 2,403 people, including 1,177 sailors aboard the ill-fated USS Arizona, one of 19 vessels that were damaged or destroyed in the attack. Nearly 330 aircraft were also damaged or destroyed. The United States declares war on Japan the next day and three days later against Germany and Italy. 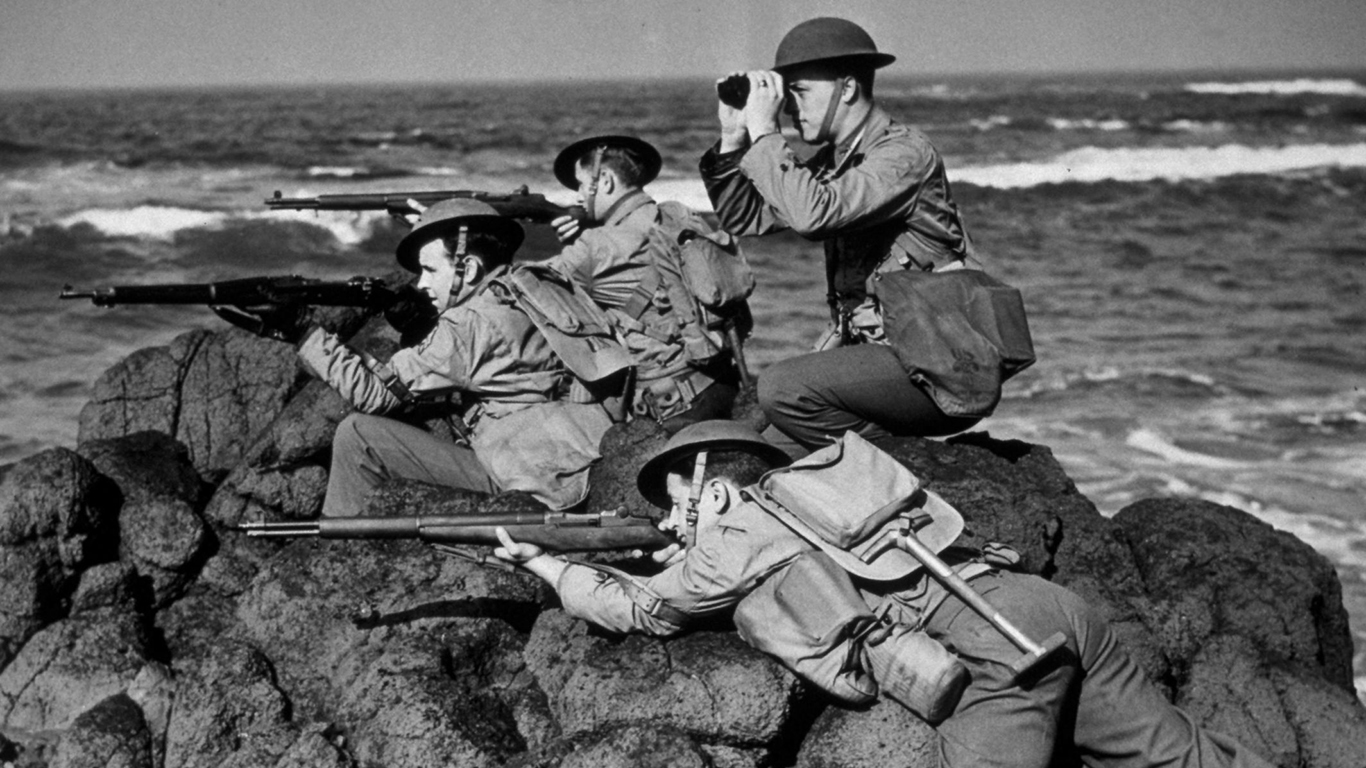 The first U.S. troops destined to fight in Europe in the world’s greatest war arrive in Northern Ireland. It is the beginning of a military buildup that would culminate in the invasion of France more than two years later. Before then, the United States was providing only material support to its ally across the Atlantic, while building up what President Roosevelt called the “Arsenal of Democracy” in anticipation for the inevitable entry of the United States into the war in Europe. 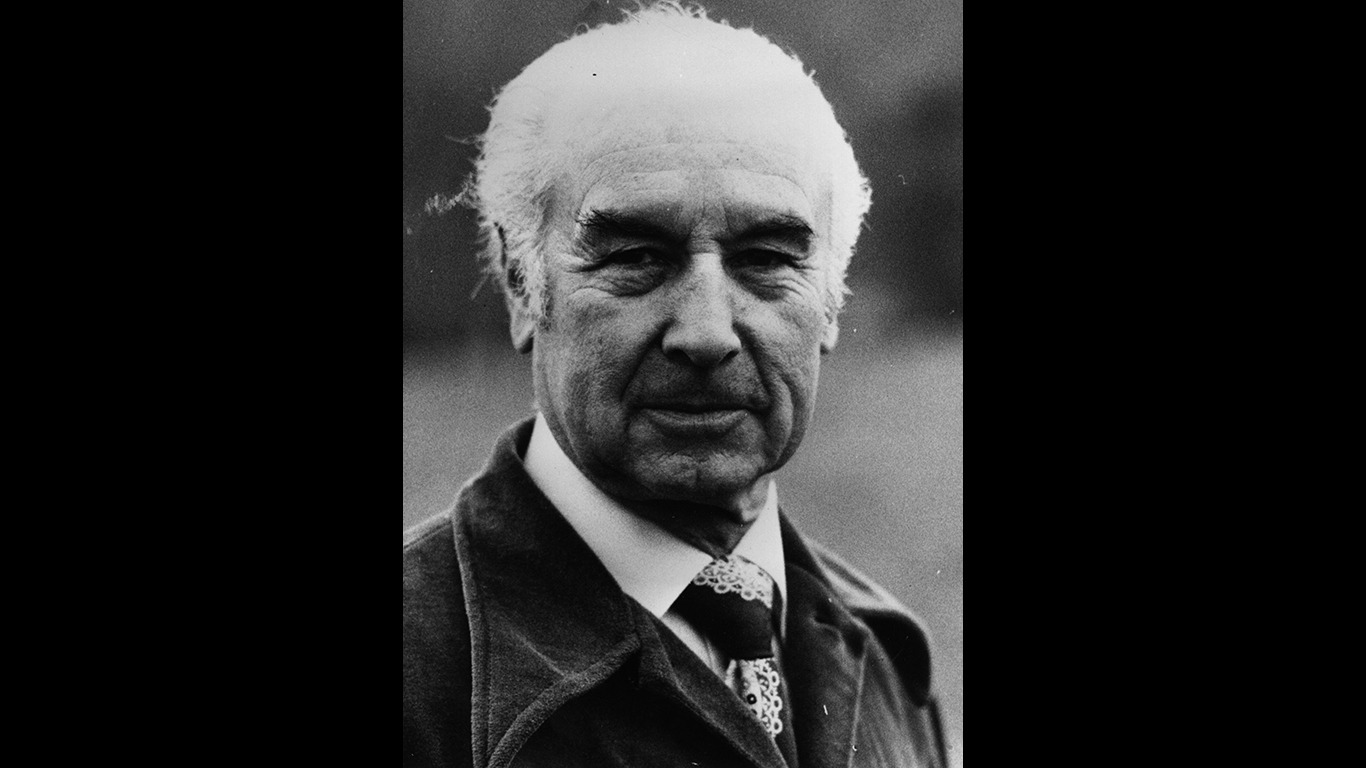 Swiss chemist Albert Hoffman had been studying the potential medicinal value of lysergic compounds when he accidentally exposed himself to LSD-25, which he had created years earlier in his lab. This was the first LSD trip, a quarter-century before the counterculture endorses the hallucinogenic compound. Hoffman describes the “not unpleasant” experience as “uninterrupted stream of fantastic pictures, extraordinary shapes with intense, kaleidoscopic play of colors.” Hoffman takes a second dose and writes a paper about his discovery. The U.S. Army tests the drug on soldiers numerous times from 1955 to 1967, briefly toying with the idea of using LSD as a weapon to disorient enemy soldiers during combat. 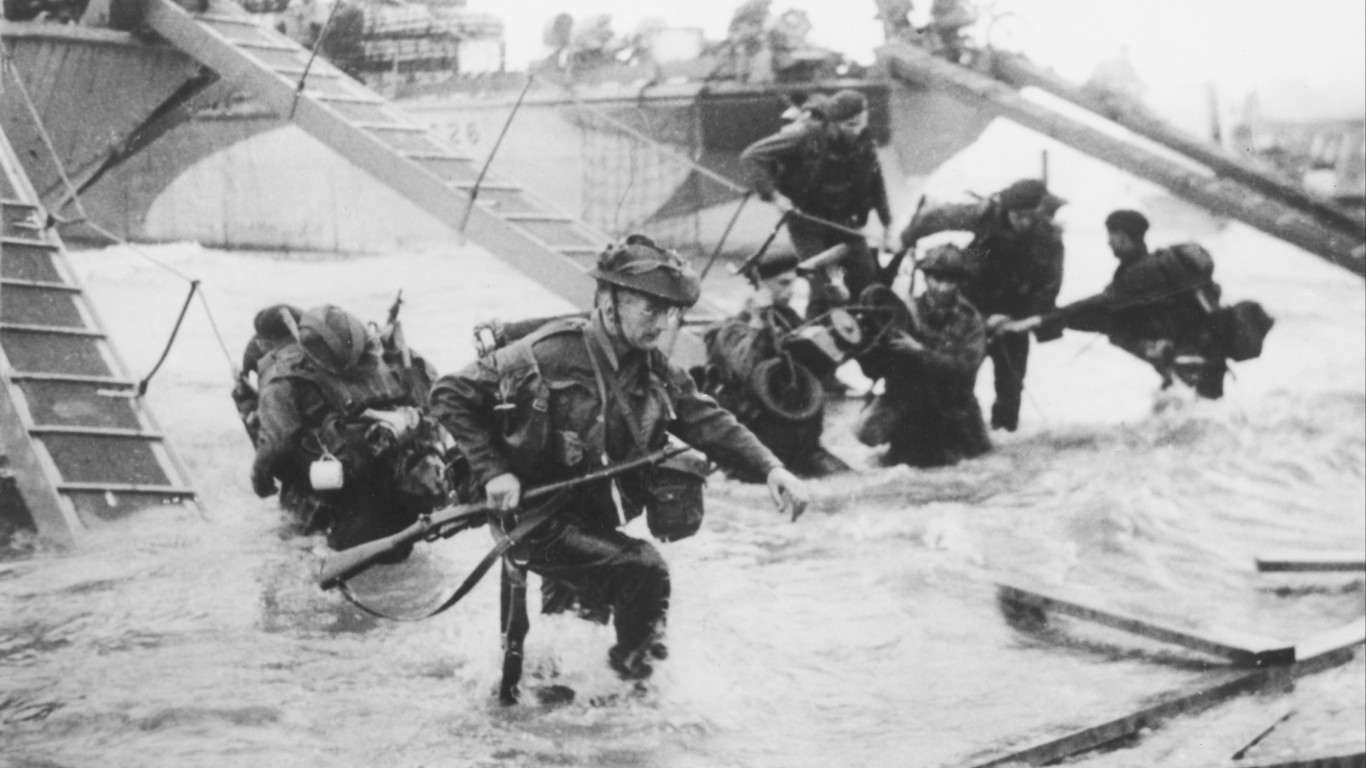 The plan for the biggest one-day military campaign in history, the invasion of Normandy by Allied forces to push the Nazis out of France, is hatched in extreme secrecy a year earlier. The plan is conceived during the Quebec Conference by Canadian Prime Minister William Lyon Mackenzie King, British Prime Minister Winston Churchill, and U.S. President Franklin Roosevelt. The invasion starts at 6:30 a.m. on five beaches, and over the next 24 hours about 4,900 Allied soldiers are killed, many of them the instant the doors of their Higgins transport boats opened directly into German machine gun fire. 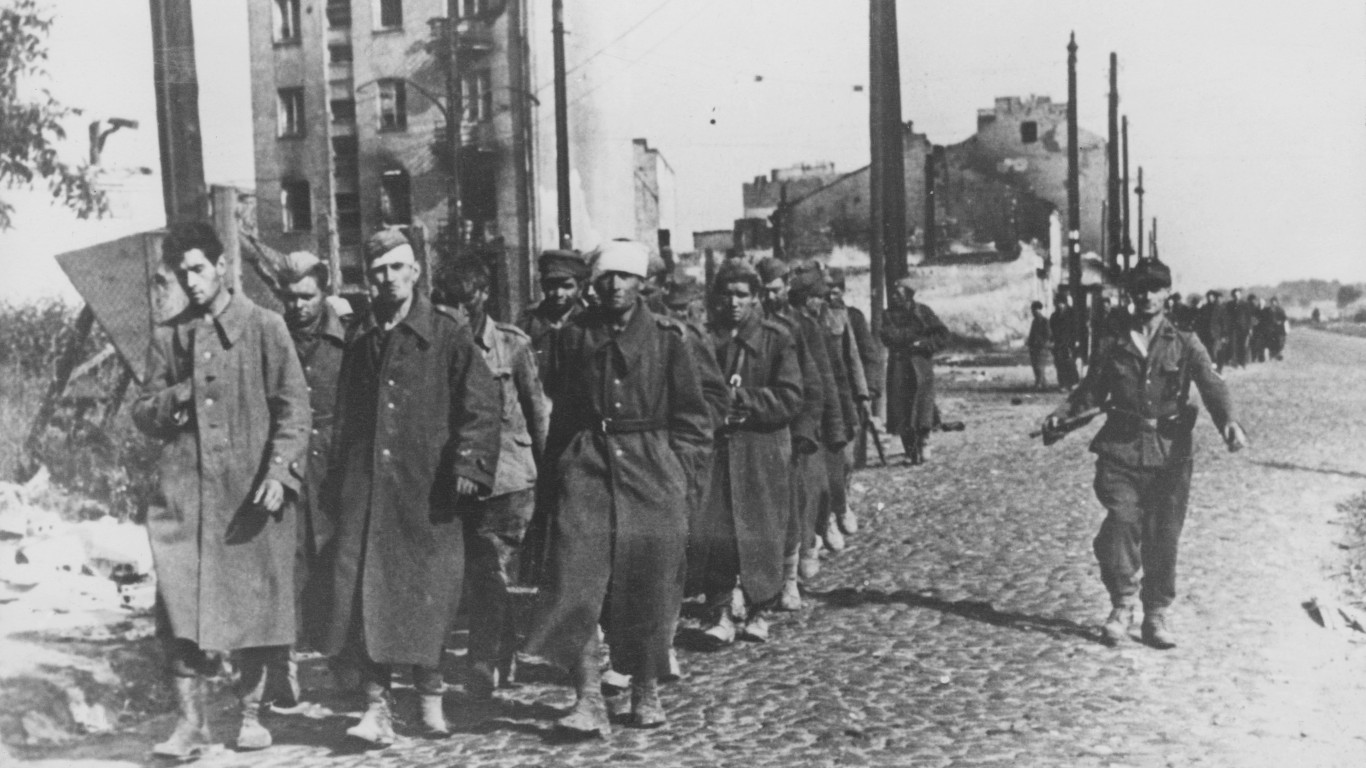 The surrender of Japan marks the end of World War II amid one of the most tumultuous years of the 20th century. Earlier in the year, leaders of three nations — Benito Mussolini, Franklin Roosevelt, and Adolf Hitler — die and Nazi Germany surrenders. Though the surrender of Japan was inevitable, the prospect of a horrific Allied assault on the Japanese mainland convinces the United States to drop atomic bombs on Hiroshima and Nagasaki. The atomic bomb attacks, along with the entry of the Soviet Union in the war against Japan, compel the Japanese to surrender. 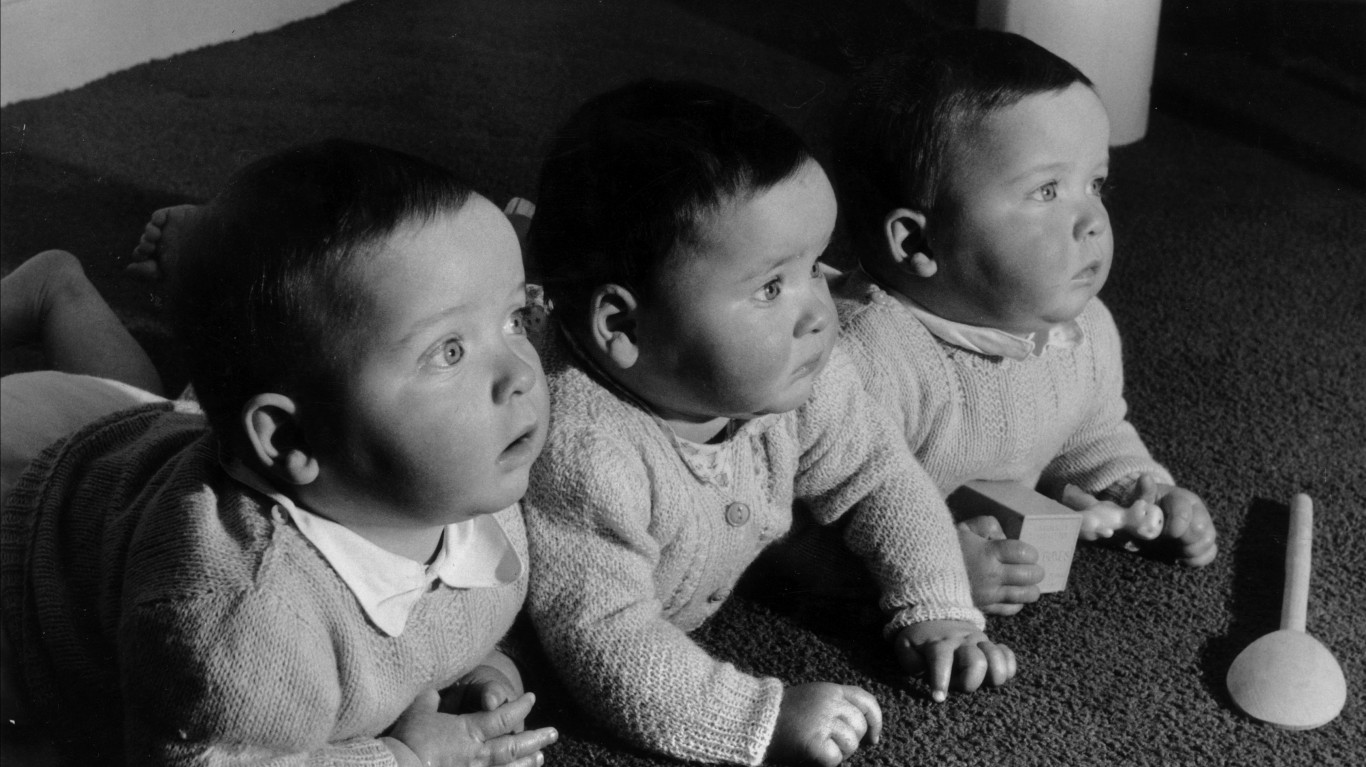 More American babies are born – 3.4 million – in 1946 than in any year in U.S. history up to then. The number of births grows to 4 million per year from 1954 to 1964, the last year of the baby boomer generation, the biggest generation at that point in history.