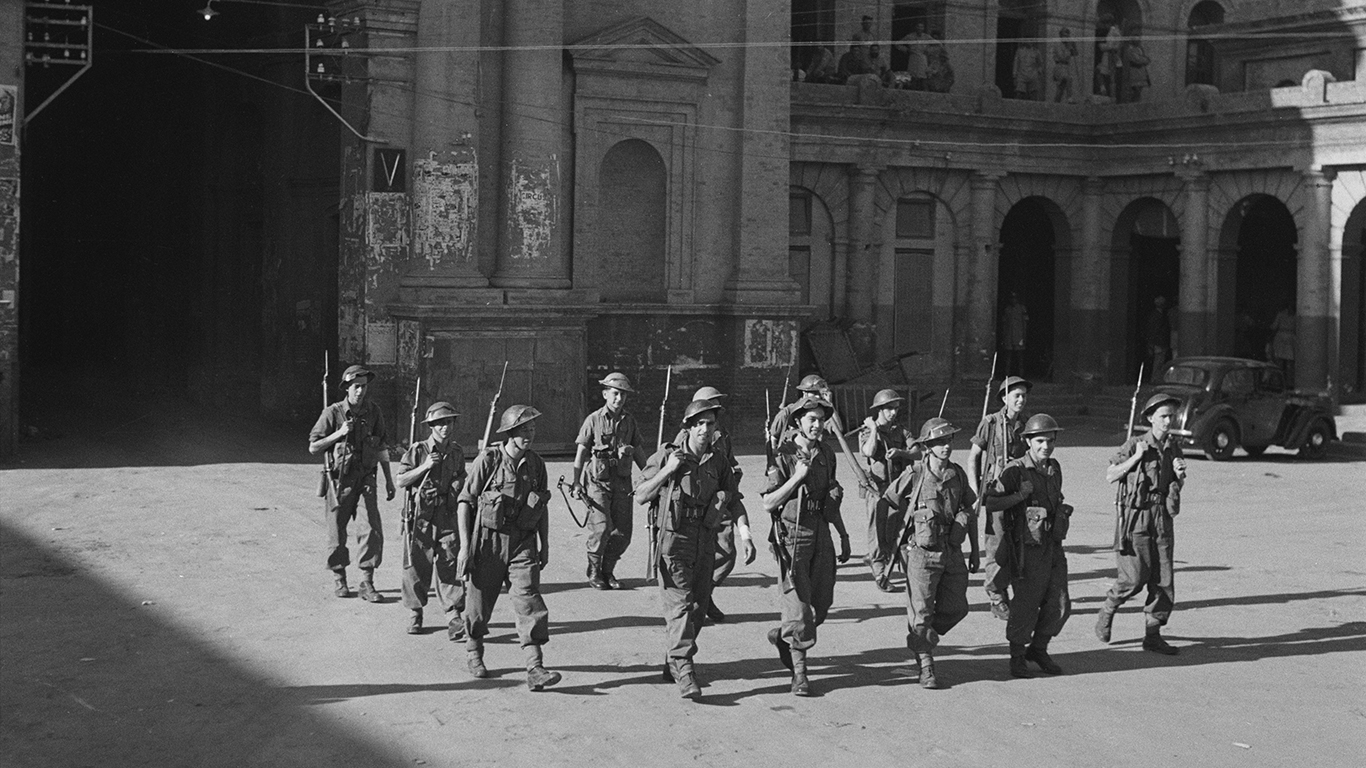 The sun sets on the British Empire in India in 1947, as the Asian nation becomes the world’s largest democracy. Independence is the culmination of decades of work by Mahatma Gandhi, Jawaharlal Nehru, and Indian nationalists committed to throwing off the yoke of British colonialism. The transition to independence comes at a price. The subcontinent is partitioned into two nations, Hindu-majority India and Muslim-majority Pakistan. Violence erupts between Hindus and Muslims as Hindus migrate to India and Muslims shift to Pakistan. It is estimated that 1 million people die during the migration. 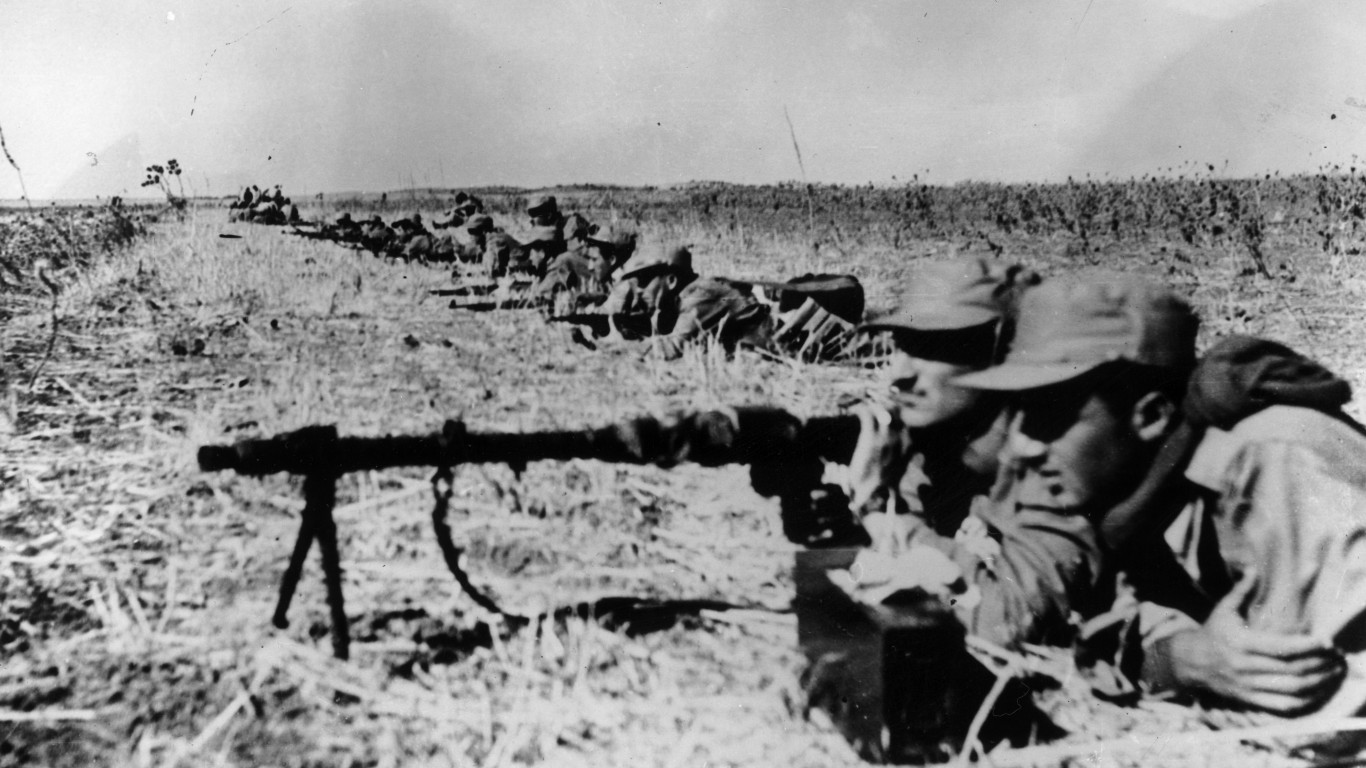 After Israel declares its independence following a UN resolution, neighboring Arab states with troops from Egypt, Iraq, Syria, Transjordan (now Jordan), Lebanon, and Saudi Arabia attack the former British-controlled Palestinian mandate. The Arab-Israeli War ended with an armistice that leaves Israel with some territories as Egypt and Jordan retains control over the Gaza Strip and the West Bank, respectively. 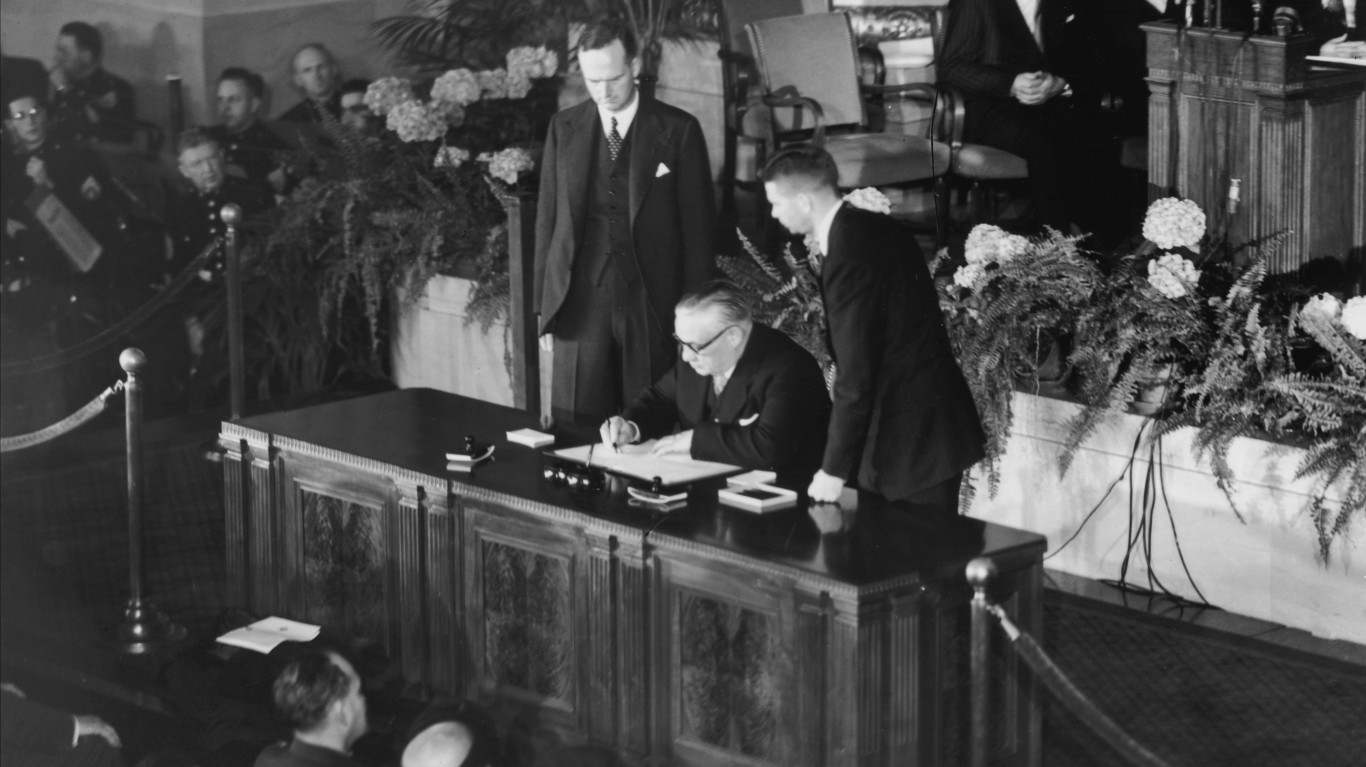 Two years into the Cold War, the Soviet Union detonates its first nuclear bomb and quickly exerts its influence over Eastern Europe. It attempts to do the same in Western Europe, which is still recovering from the massive destruction of World War II. To respond to the Soviet threat, U.S. and Western European allies form the North Atlantic Treaty Organization. Fundamentally, NATO simply states that an attack on any NATO member would be considered an attack on all NATO members. Cold War tensions ratchet up later that year when the communists take over China, the world’s most populous nation. 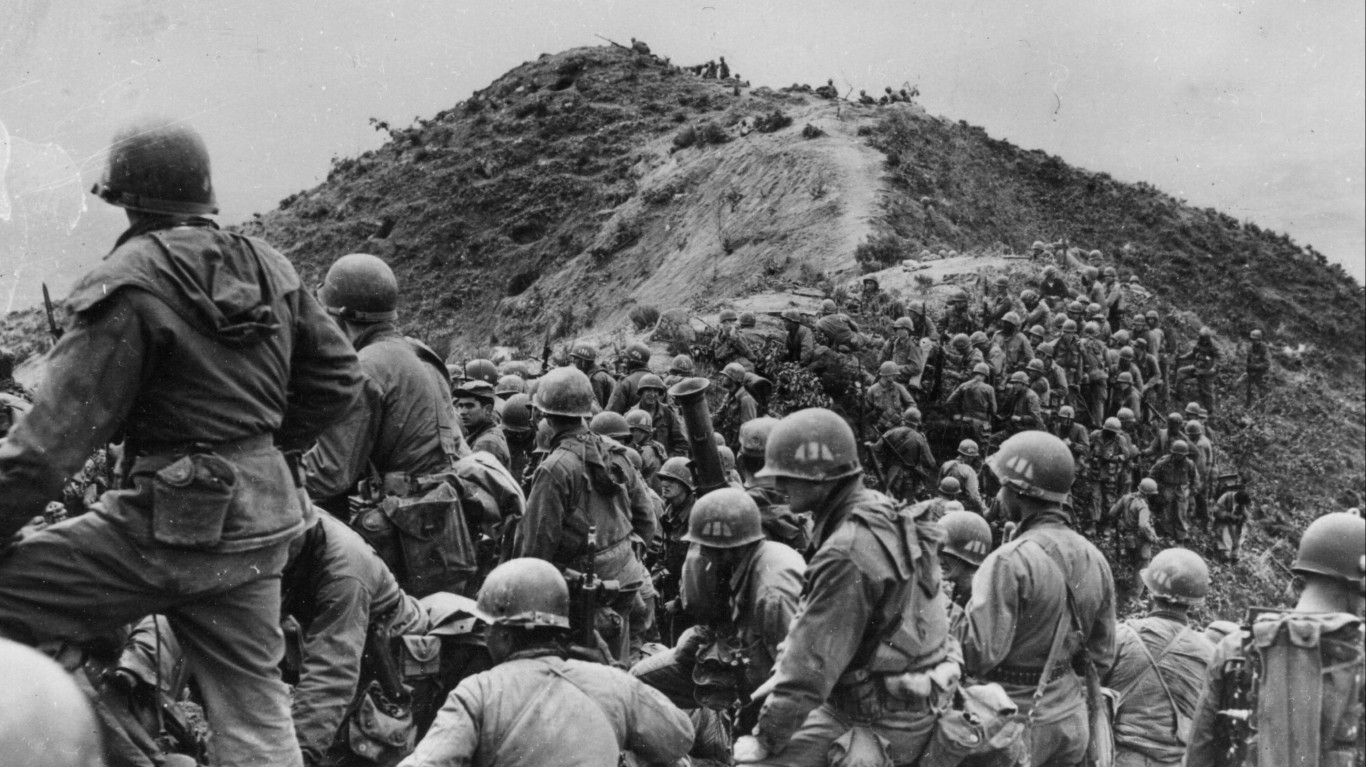 The North Korean People’s Army crosses the 38th parallel into South Korea, eliciting almost an immediate response from U.S. President Truman, and starting the Korean War — a proxy battle between the United States and the People’s Republic of China. Three years later, a ceasefire would halt the war. The uneasy relations between North Korea and South Korea last to this day. 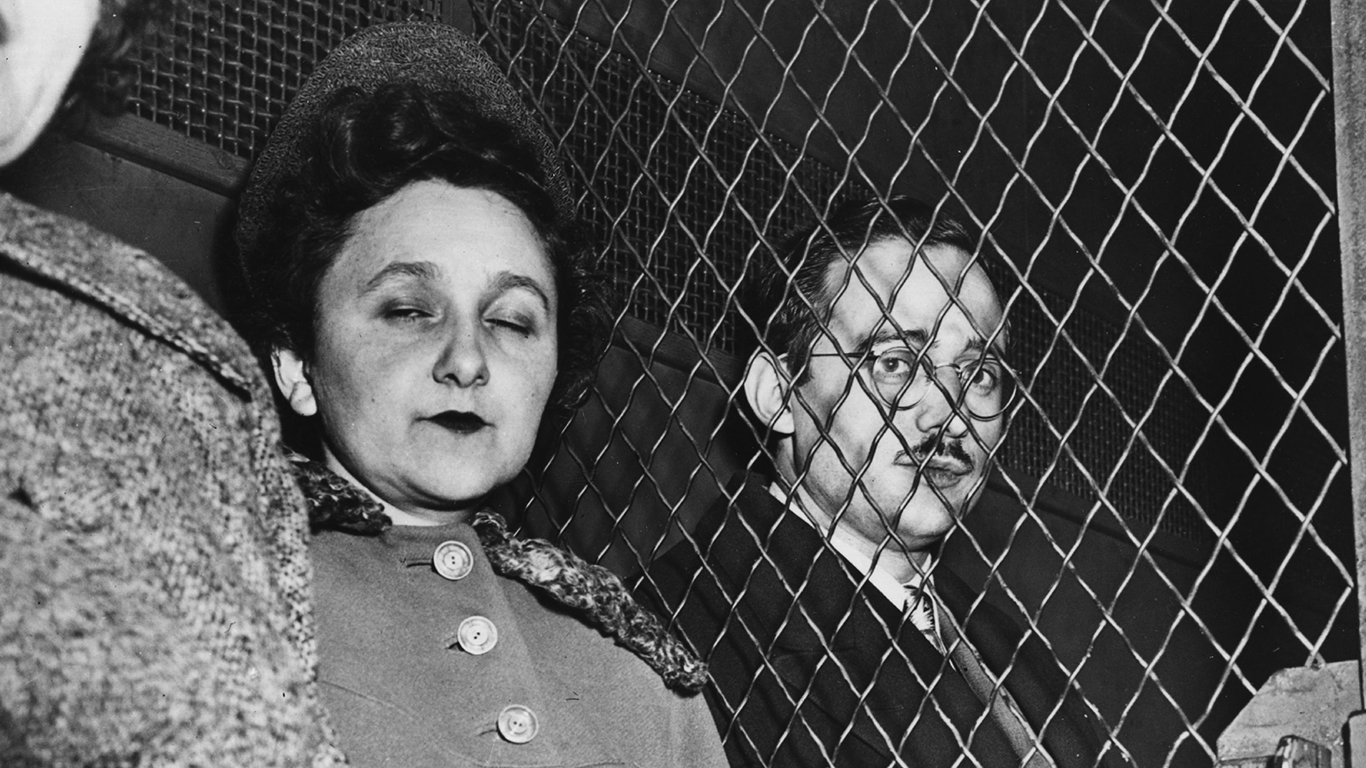 Husband and wife Julius and Ethel Rosenberg are convicted of espionage for their part in passing along atomic secrets to the Soviet Union during and after World War II. They are executed two years later. Not everyone is convinced of their involvement in the scheme. Supporters claim they are scapegoats swept up in the Cold War hysteria of the time. Documents revealed decades later would show the detailed extent of Julius Rosenberg’s involvement in the spy ring, though Ethel’s participation in the scheme remains inconclusive. 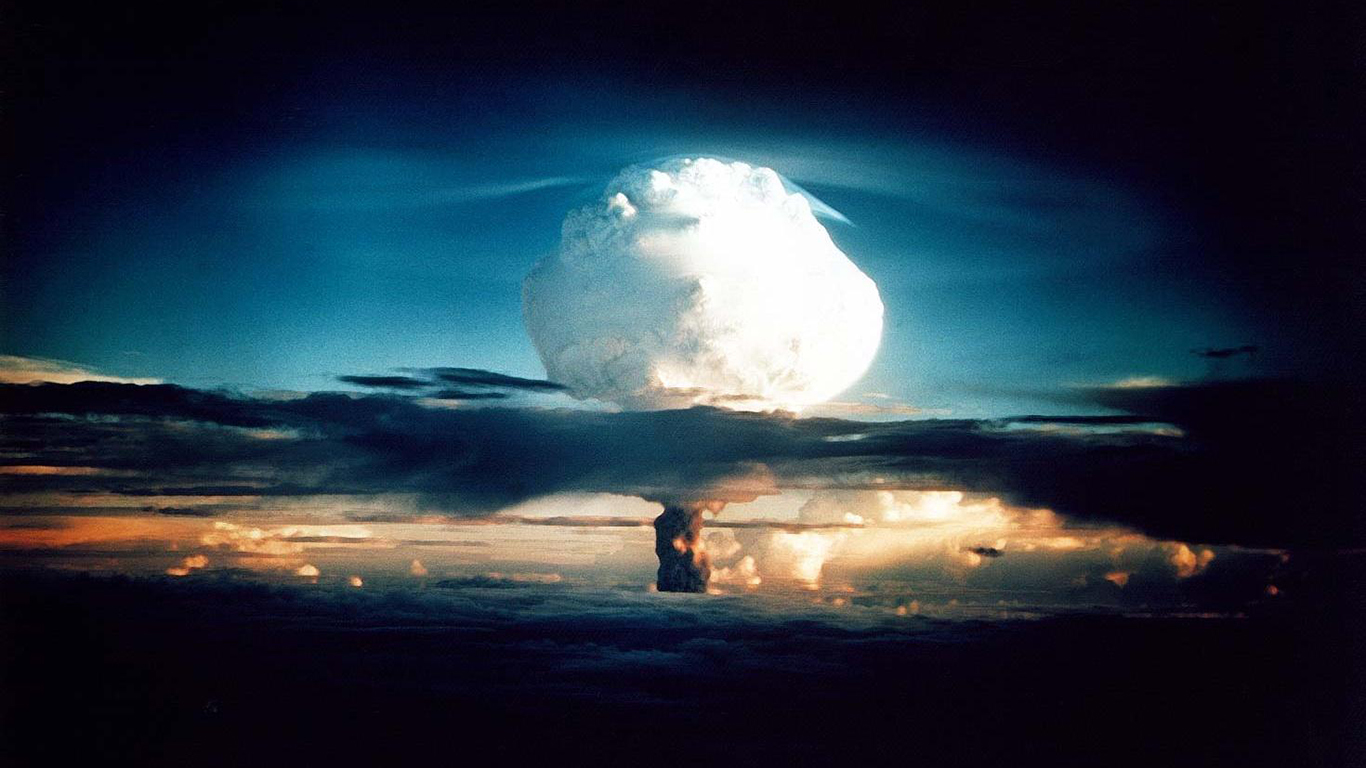 The United States successfully detonates its first hydrogen bomb, a second generation thermonuclear device, in the Marshall Islands as part of Operation Ivy, one of a series of nuclear bomb tests. From 1946 to 1958, the United States used the remote Pacific Marshall Islands as its nuclear weapons testing site, detonating a total of 67 nuclear tests. 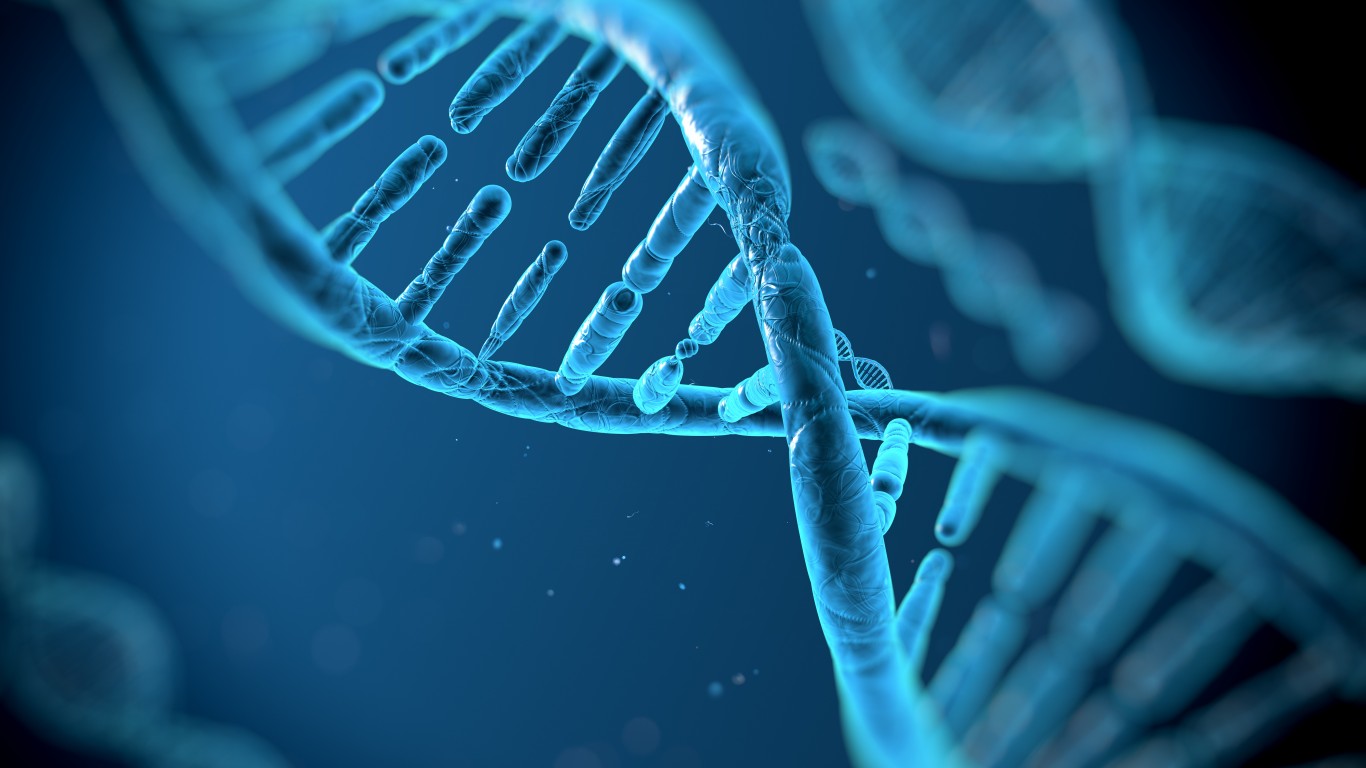 Cambridge University scientists James Watson and Francis Crick announce they have discovered the fundamental behavior and double-helix structure of DNA. Though scientists had been aware of DNA since the 1860s and its role in genetic inheritance since 1943, Watson and Crick were the first to explain how DNA works to replicate itself and pass on genes from one generation to the next. 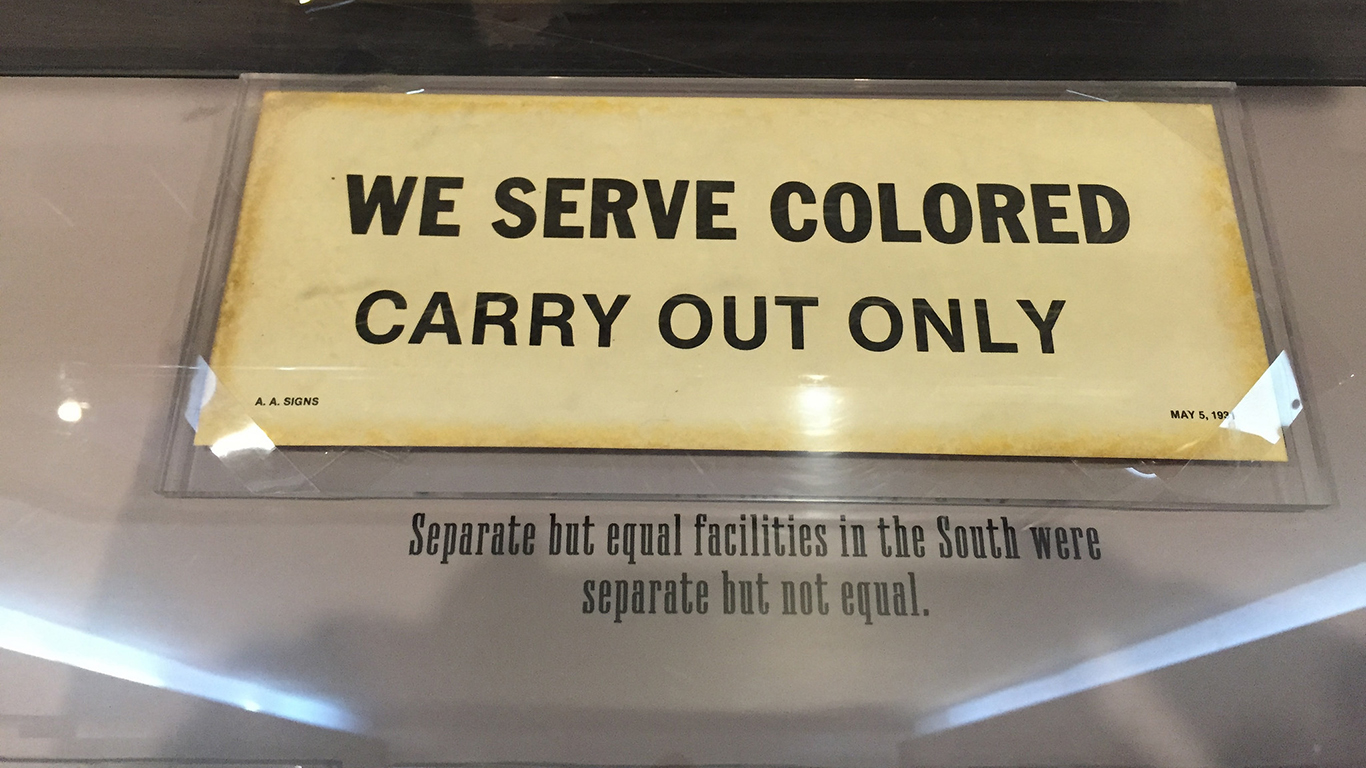 In a landmark case involving Linda Brown of Topeka, Kansas, who had to cross a railroad track to reach an all-black elementary school even though an all-white school was closer, the U.S. Supreme Court rules that the segregated school system was unconstitutional on the basis of the Equal Protection Clause of the 14th Amendment of the Constitution. The clause would be used again by the courts to reverse state-level racial segregation practices and ordinances. 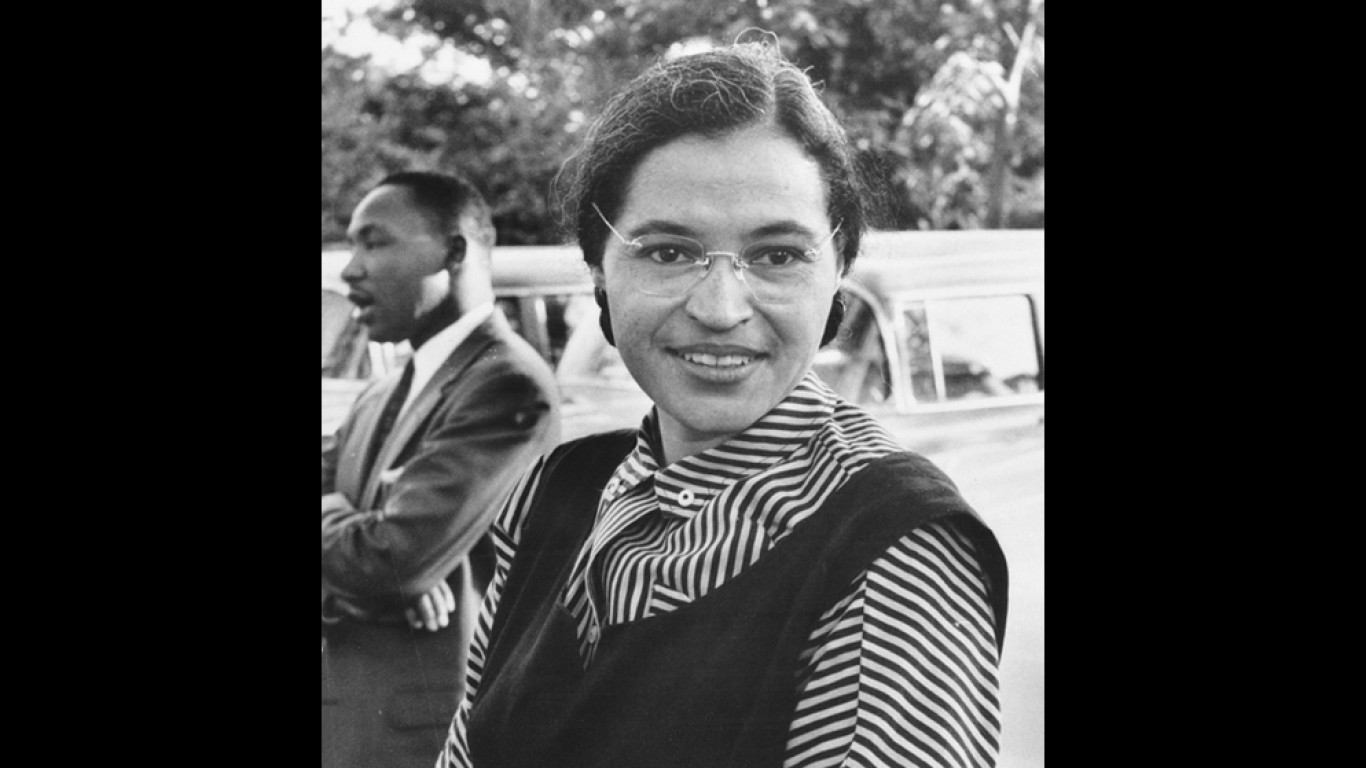 Rosa Parks makes history by refusing to give up her seat to a white passenger on a Montgomery bus. The arrest of Parks for insisting to remain seated leads to the Montgomery Bus Boycott and the ascent of a young pastor named Martin Luther King, Jr., as a local activist leader to advance the civil rights cause. A successful federal lawsuit by the NAACP against the city leads to the desegregation of the Montgomery bus system on Dec. 21 of the following year. 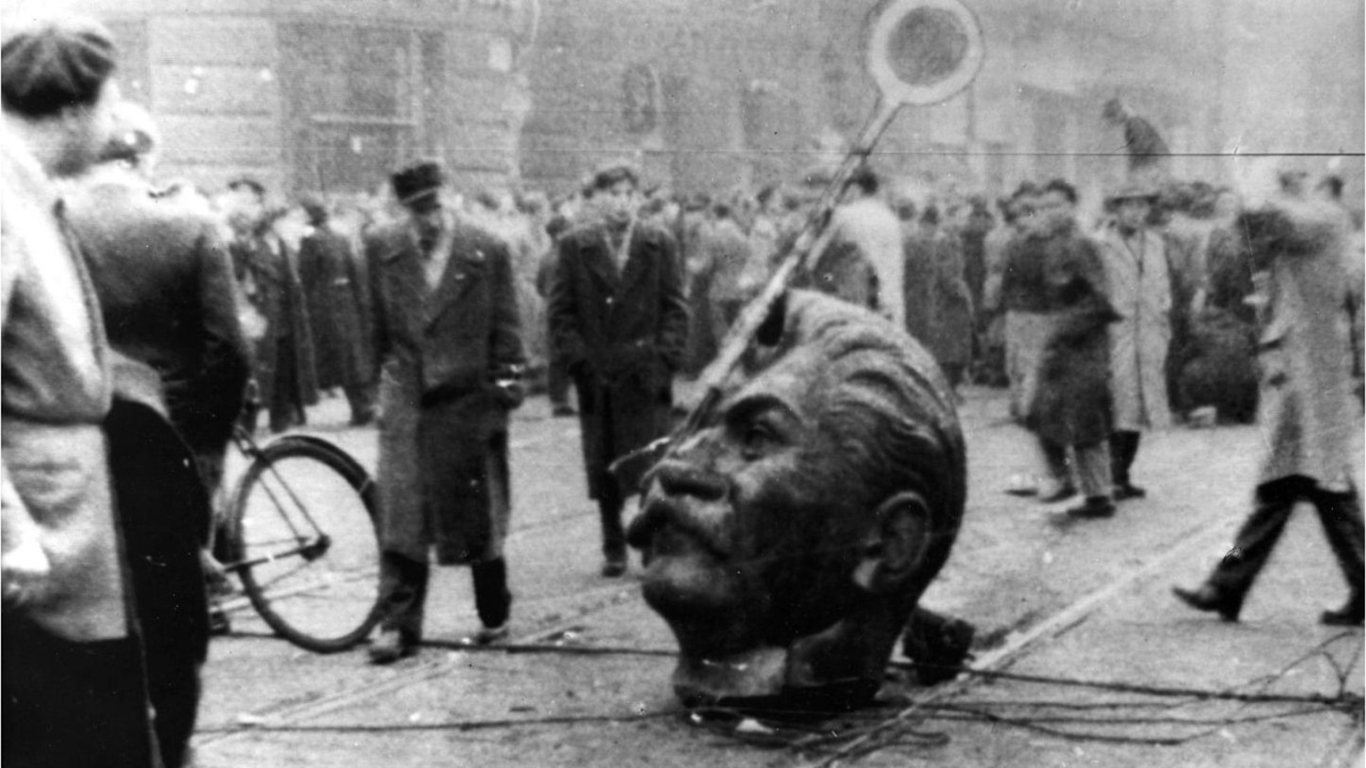 Nine years after the start of the Cold War, Hungarians took to the streets, demanding democratic reforms. Three days later, Soviet Red Army troops invade Hungary, killing thousands. Nine days after the incursion, Budapest is occupied by the Soviet troops in one of the largest and most aggressive actions taken by the Soviet Union since the end of World War II.