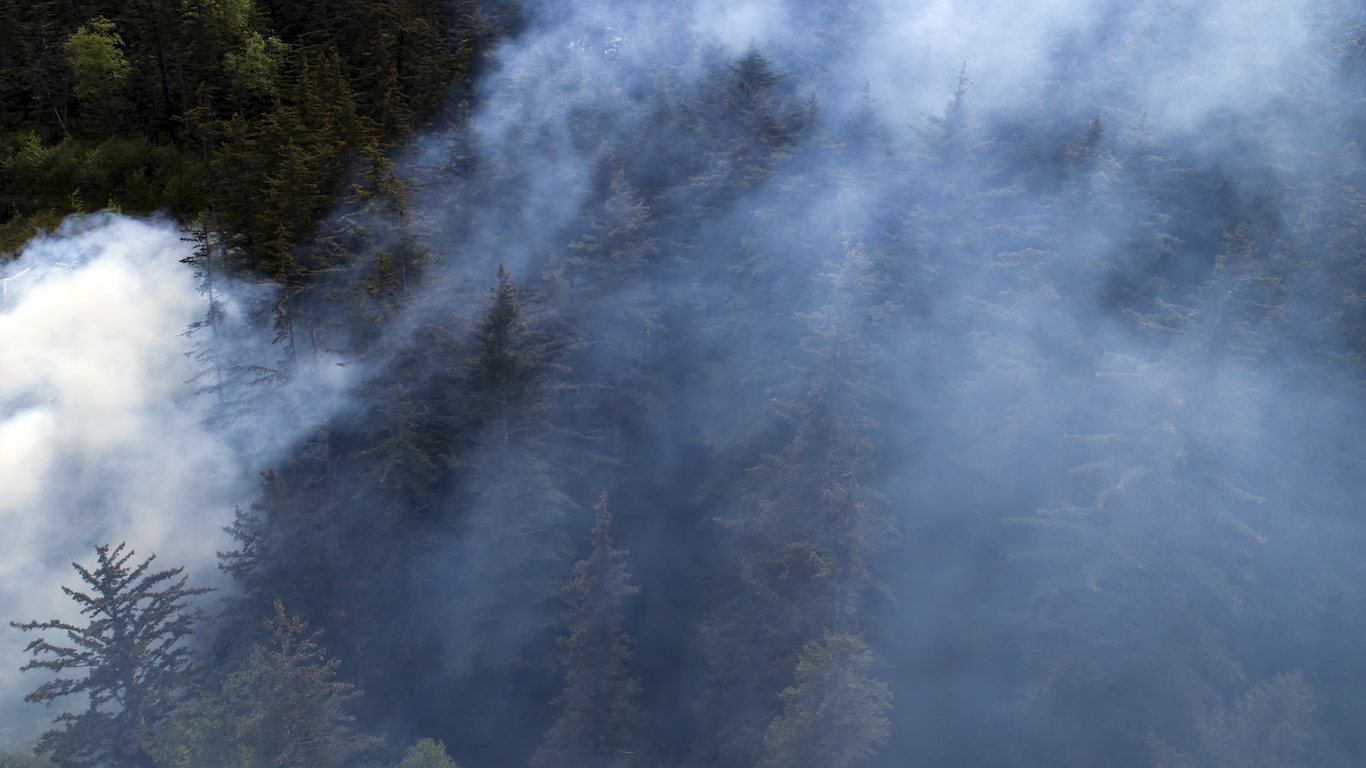 The significant increase in wildfire activity in Alaska in recent decades is associated with man-made and natural factors. In 2015, wildfires burned through 5.1 million acres across the state, the second worst fire season since record keeping began in 1940. According to a report published by the American Meteorological Society in December 2016, human-induced climate change may have increased the risk of such a severe fire season in Alaska by 34% to 60%. 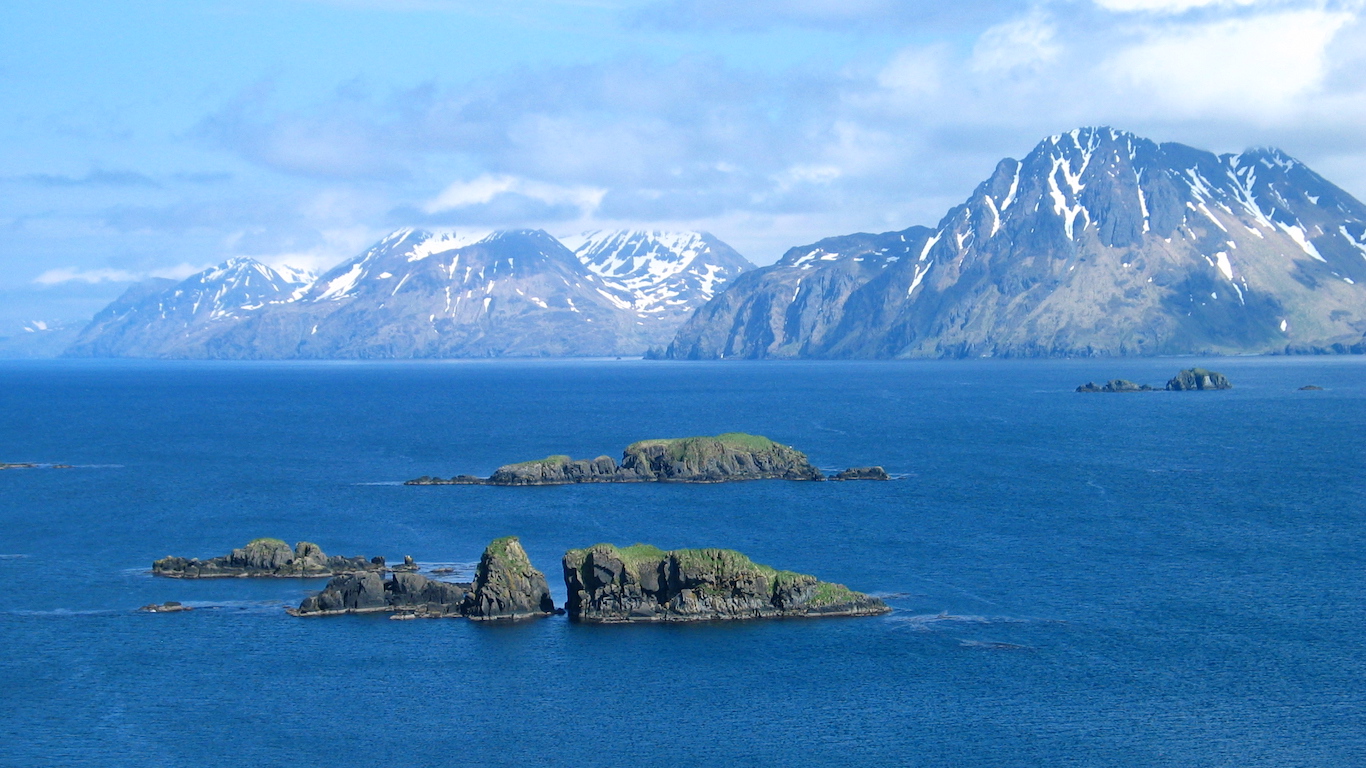 In 2016, the Bering Sea and Gulf of Alaska experienced its most intense marine heat wave — defined as at least five-day periods in which sea surface temperatures are extremely high for the region — since at least 1982, when satellite temperature records began. According to the American Meteorological Society, human-induced climate change increased the change of such an extreme weather event occurring by as much as 50 times. 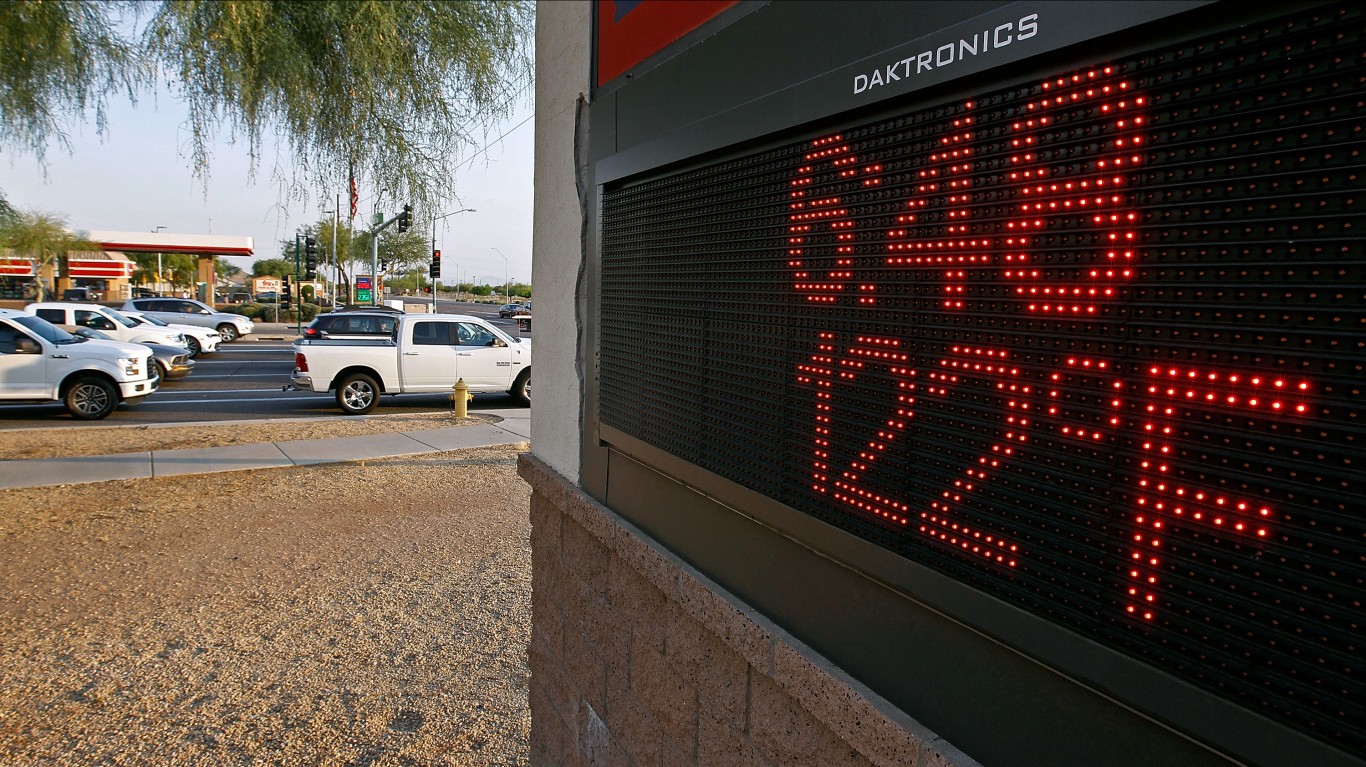 According to the National Weather Service, temperatures in Phoenix averaged 77.3 degrees in 2017 — the hottest year on record. Phoenix is one of the fastest-warming cities in the country, and in 2018 there were a record 182 heat-related deaths confirmed in Phoenix and surrounding Maricopa County, the third consecutive year the death toll has reached a record high. 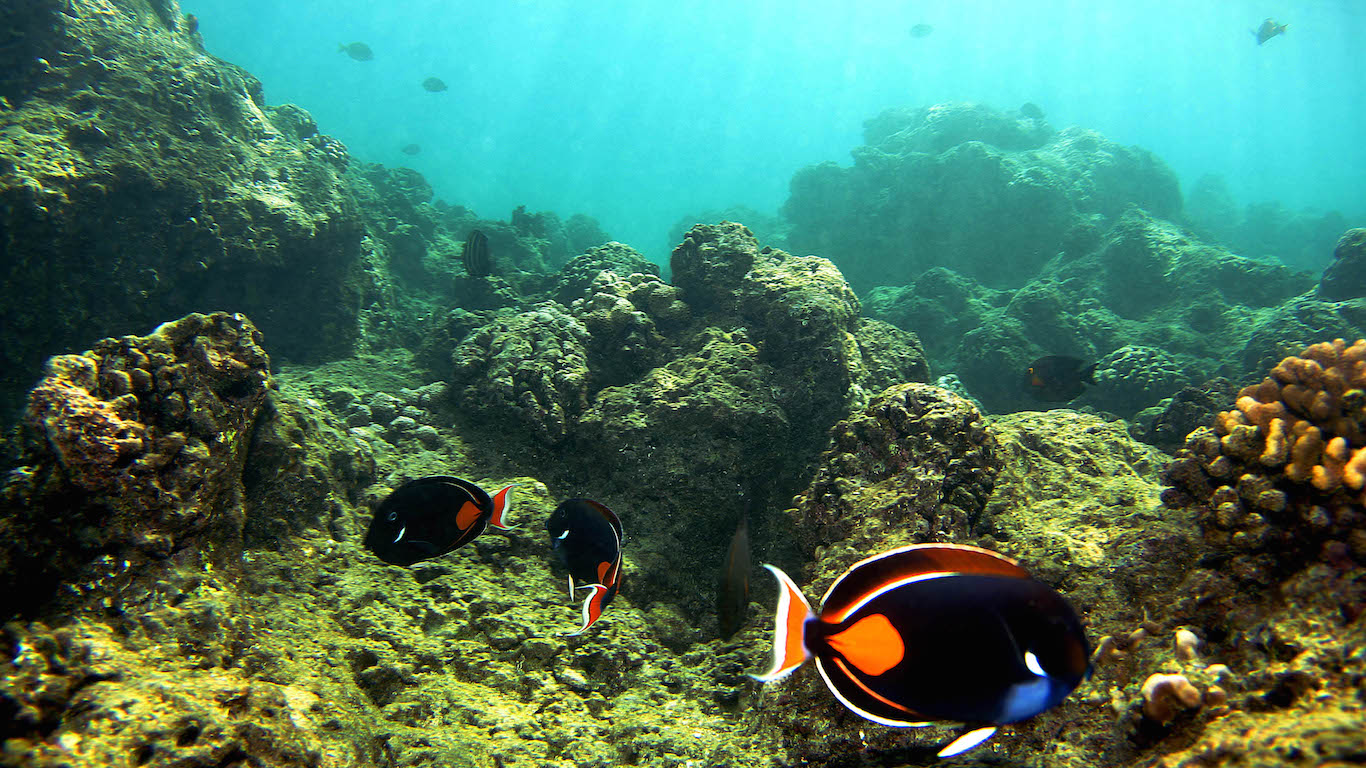 During the 2015-16 El Niño, the central equatorial Pacific experienced record-setting sea surface temperatures. According to the American Meteorological Society, the temperature anomalies were unprecedented and unlikely to have occurred naturally and are therefore likely the result of human-induced climate change. The thermal stress caused damage to the coral reef and seabird communities in the area. 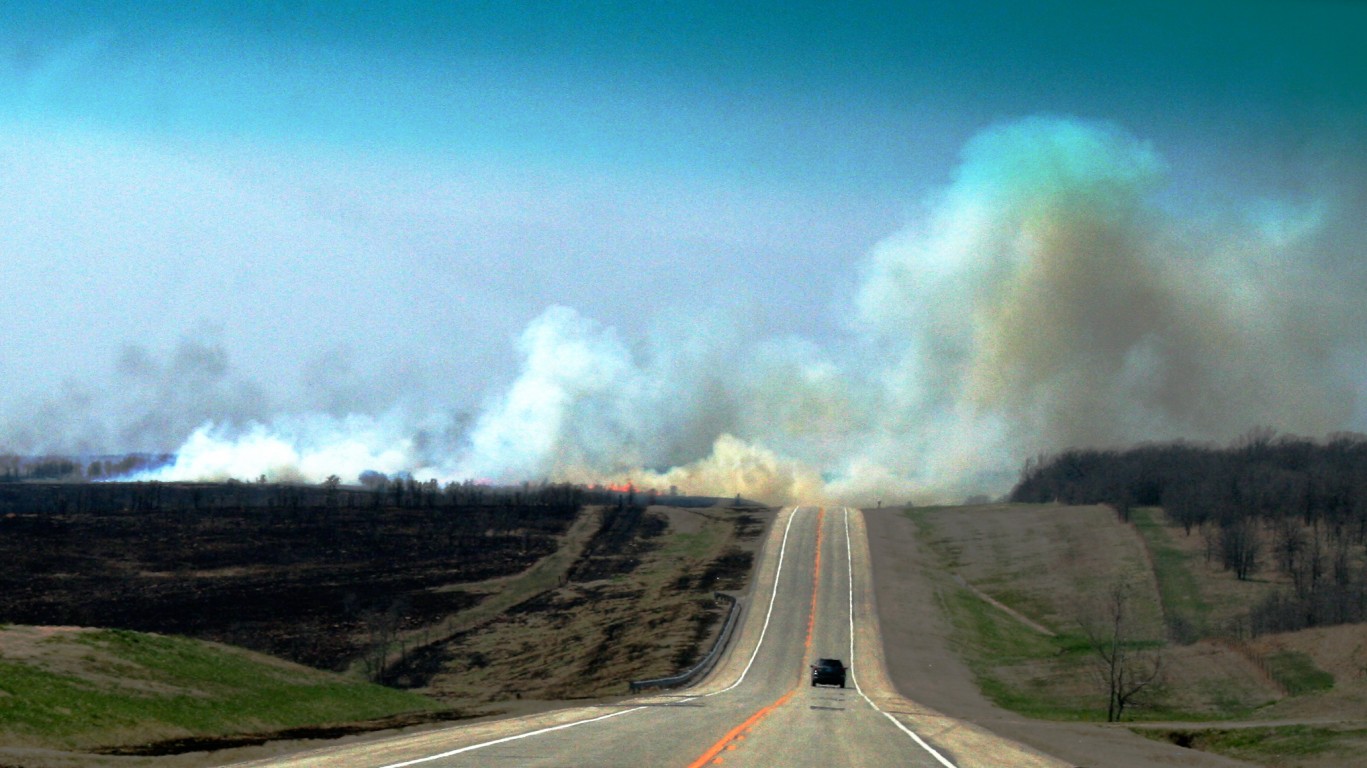 In April 2018, the Rhea Fire burned a total of 286,000 acres of land throughout Oklahoma, the third major fire in the state in three years. In total, wildfires burned through approximately 466,900 acres of land in Oklahoma in 2018, one of the worst fire years in the state’s history. The increase in wildfire activity in the Sooner State is due to worsening drought conditions, strong spring winds, and unusually wet summers followed by abnormally dry winters.

Scientists warn that the potential for large fires in the United States could increase six-fold by 2050 as greenhouse gas emissions persist and human-induced climate change continues to worsen.