The Most Popular Dive Bar in Every State 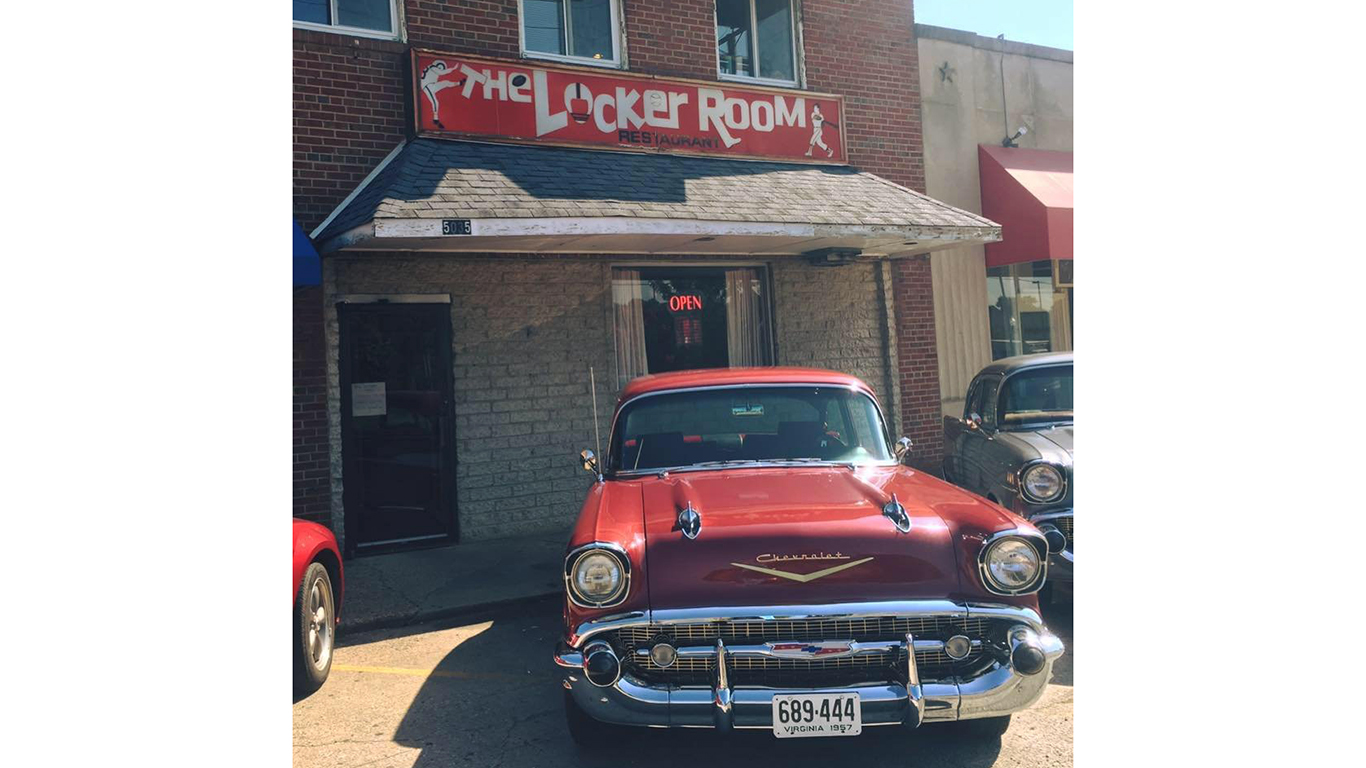 Source: Courtesy of The Locker Room via Yelp

According to the Virginia capital’s RVA Magazine, the Locker Room “has everything: indoor smoking, old dudes, a jukebox, pool and shuffleboard, Jell-o shooters, food that I would recommend you not eat” and is “the standard by which all other local dive bars should be judged.” In business since 1985, this is a family-owned place, with — the owner says — “free wifi, top shelf snacks and all the attitude you expect from a dive, complete with nicotine walls and ceiling tiles.” 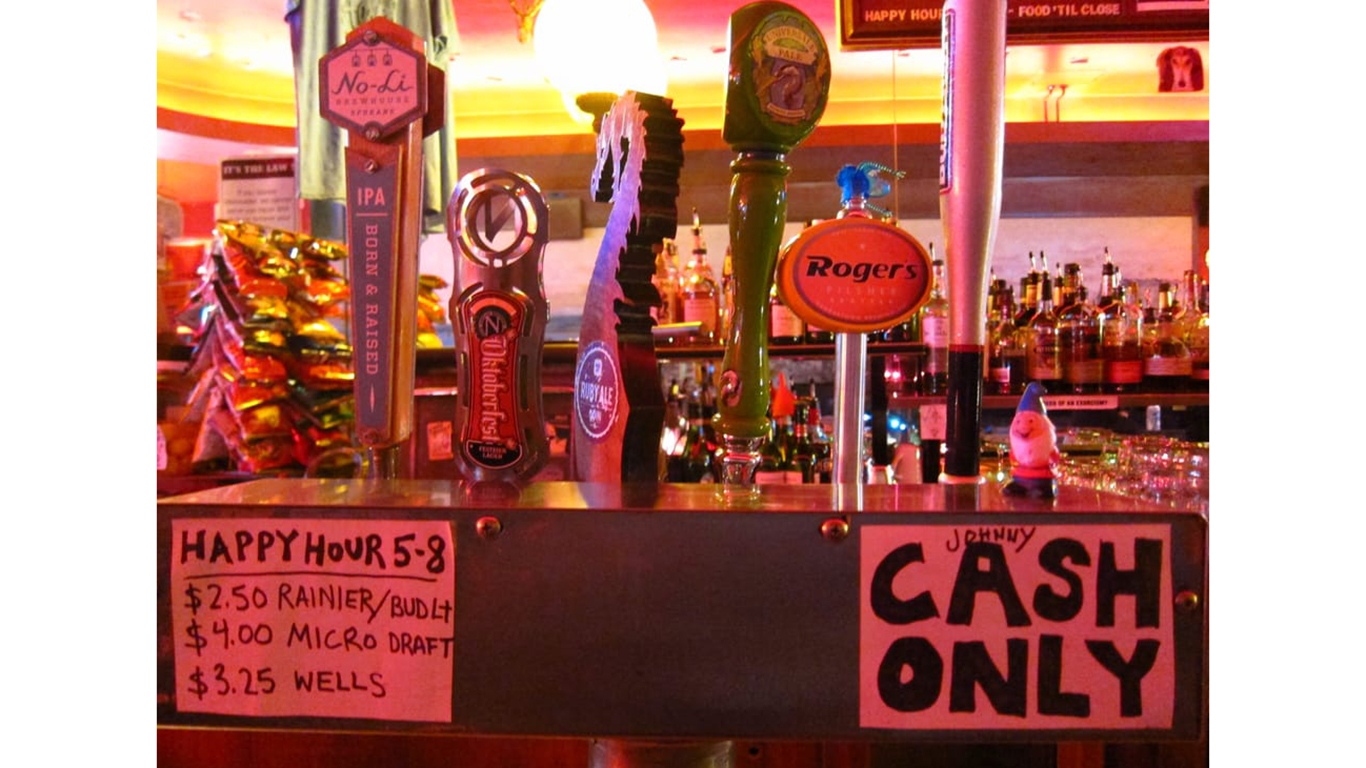 Al’s is another place that inspires the kind of affection that encourages regulars to give it one-star ratings on Yelp simply to discourage the wrong kinds of people from coming. “Dank lighting, funky smell, faded Formica, vinyl half booths, stale chips, surly staff, stray dogs, irregular regulars, janky pool table,” wrote one Al’s fan. “Stay away. You’ll just ruin it.” Another qualified his single star rating by saying that it was “for the good of the bar and its regulars,” and implored readers to “Preserve the Al’s Tavern that’s been doing its thing since 1940.” Going the other direction with a five-star score, a woman from Philadelphia announced “This bar is making me consider moving to Seattle.”

24/7 Wall St.
The Best Bar to Watch Football in Every State 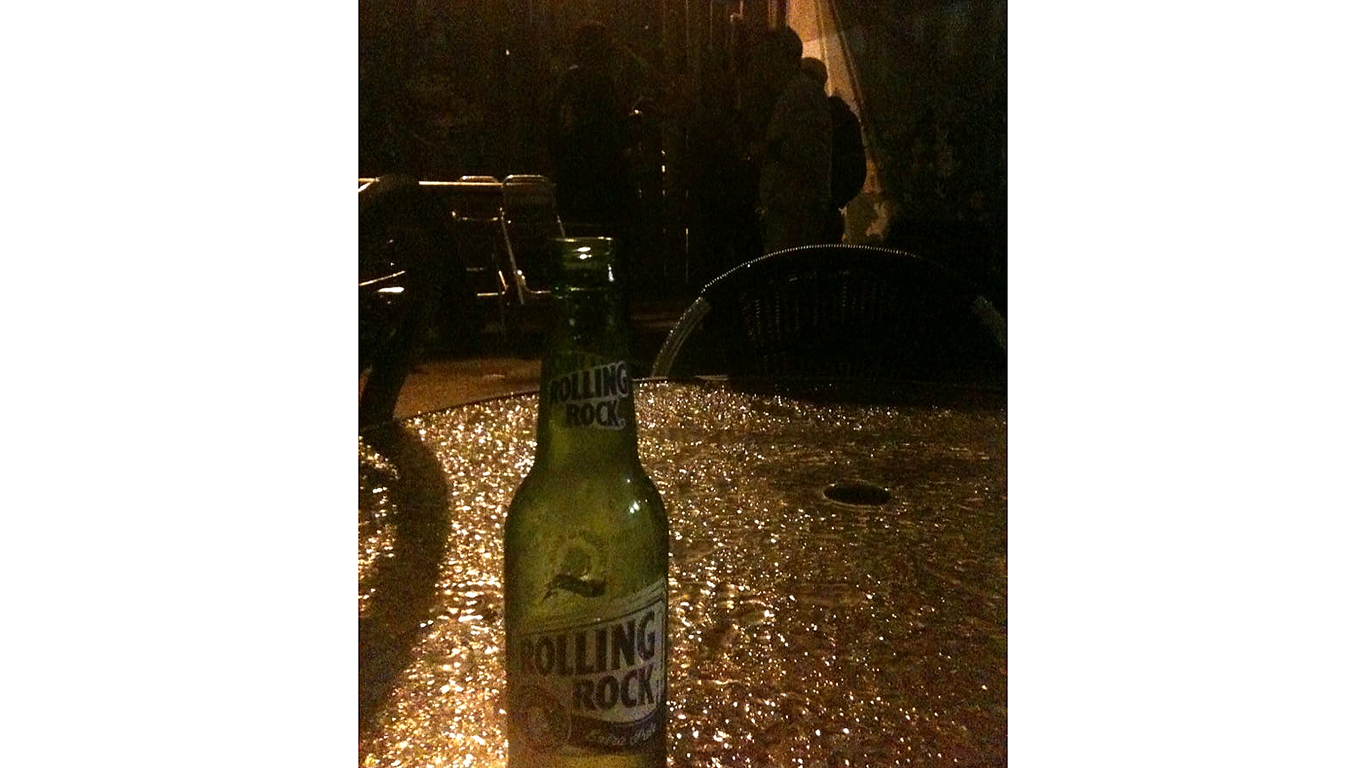 Source: Courtesy of Robert A. via Yelp

“[A] beloved dive bar to the locals” and “the purest version of a dive bar in existence,” according to its fans on Yelp, the Red Carpet would be perfect except that “it’s too bright and the walls are too white for a real dive.” Hefty liquor pours and cheap beer attract “[e]very walk of life.” However, warns one reviewer, “The bar staff doesn’t like you. This is not ironic detachment. They honestly do not care for you. They will sell and serve you drinks regardless.” 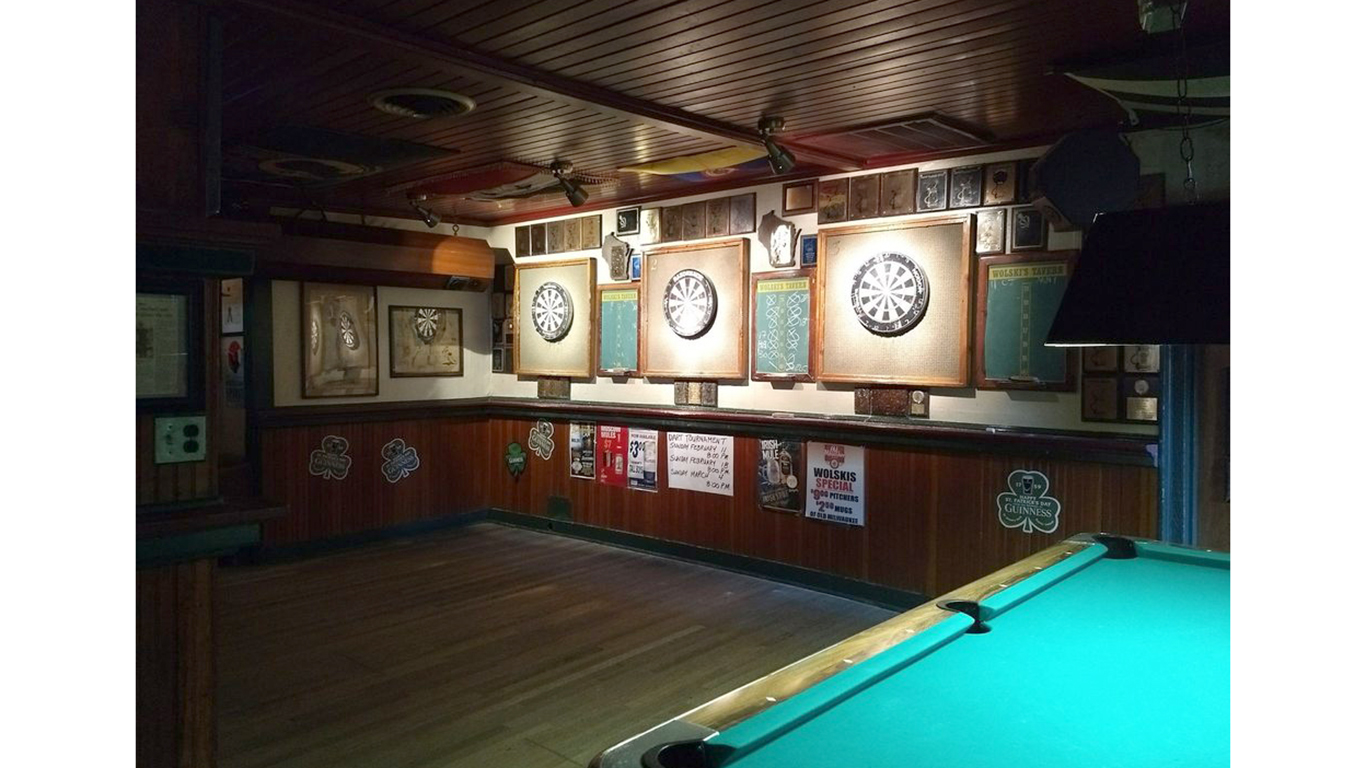 Wolski’s celebrates its 111th anniversary this year, offering patrons “Great bartenders, outstanding popcorn, inexpensive drinks and steel dart boards,” according to one Yelp reviewer. Others call it a “Dark, dark, classic forever neighborhood bar,” but “NOT a dive bar in the traditional sticky floor, dirty bathroom sense.” Anyone who stays until the bar shuts down (at 2 or 2:30 a.m., depending on the night) gets an “I closed Wolksi’s” bumper sticker. These are said to have been distributed all over the world by the Wolski’s faithful. 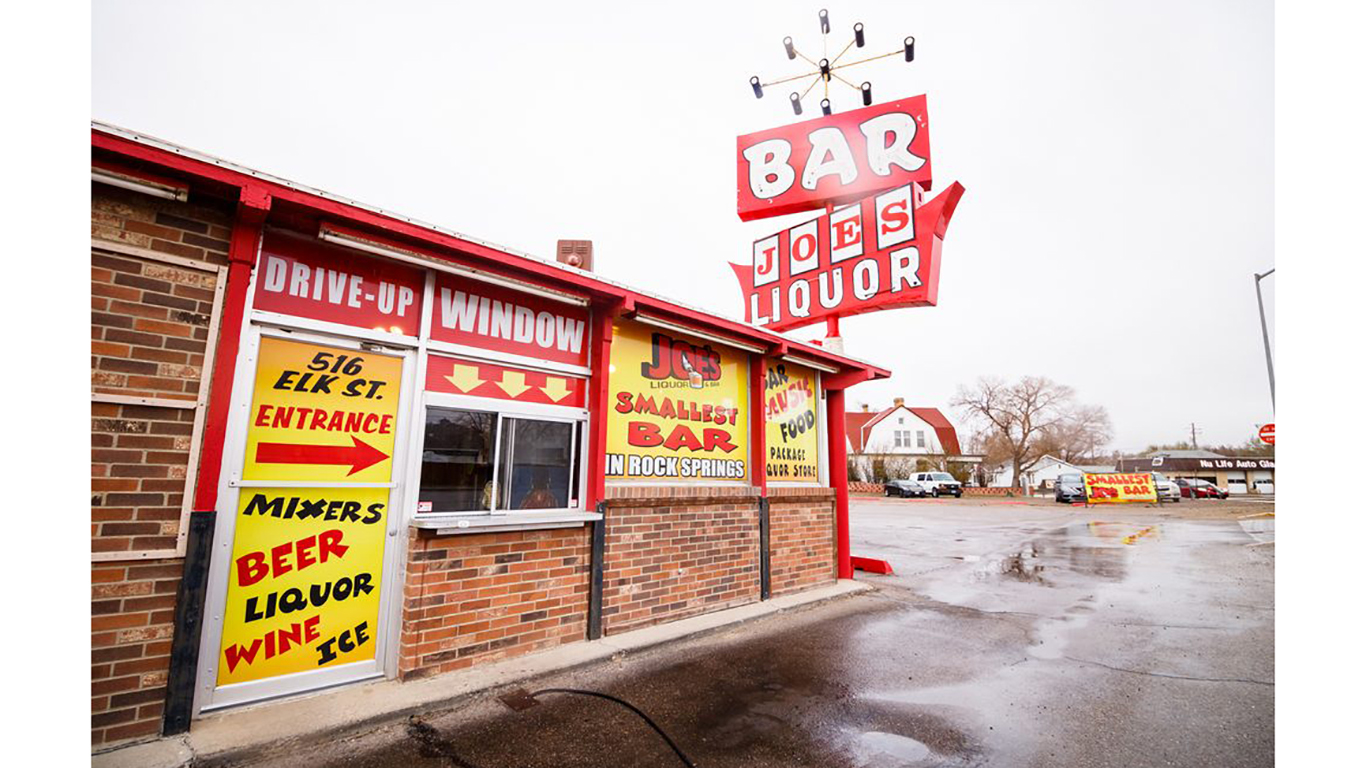 This combination of a package liquor store and what is said to be Wyoming’s smallest bar (with seating for only about 20 customers) is “as divey as divey can get, as local as local can get, and as cool as cool can get,” according to one Yelp review. The 1961-vintage Joe’s supplies “an authentic Wyoming experience,” and while there’s no beer on tap, the bar makes up for the omission “in personality and rowdiness.”