The Best Food Cities in America for 2019 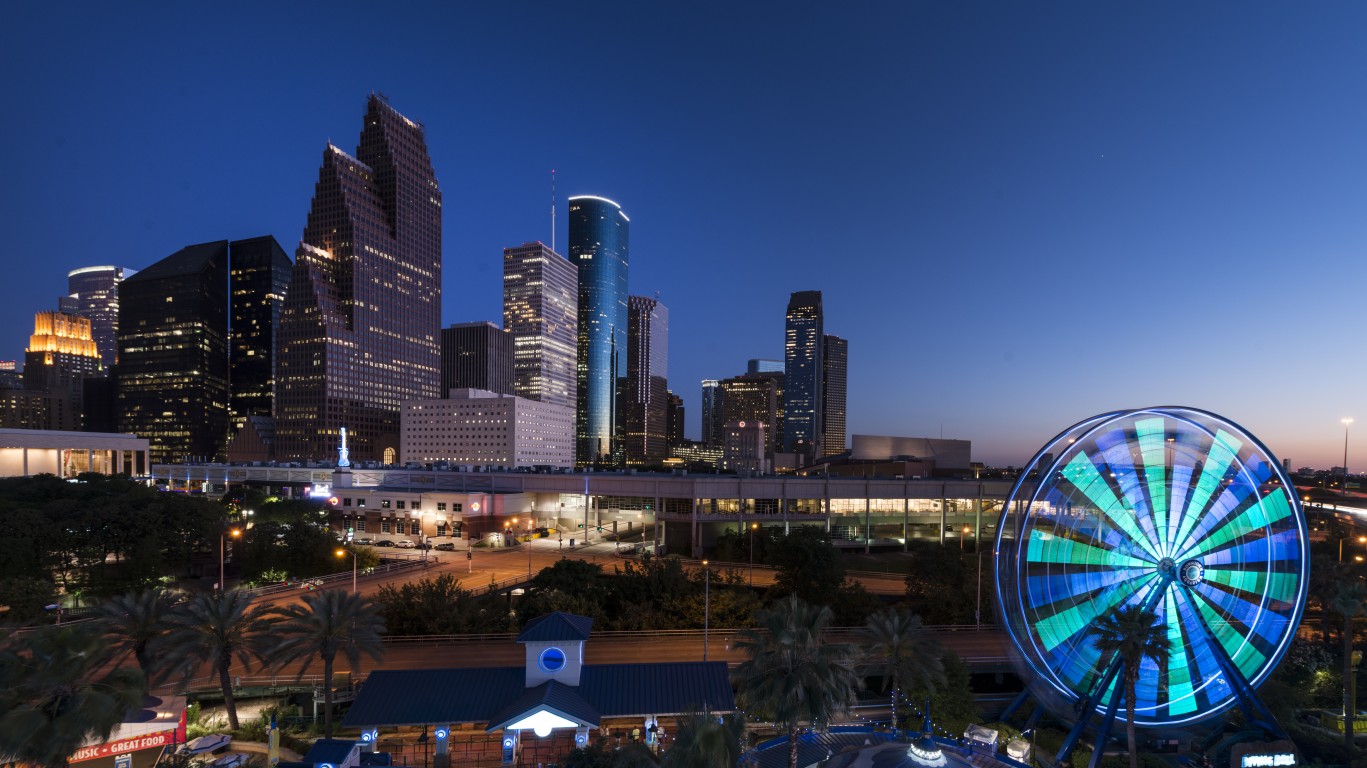 Houston’s great strength as a food city grows out of its diversity. In fact, in a study published earlier this year, WalletHub ranked it as the most diverse city in America based on economic, socioeconomic, cultural, household, and religious factors. There are said to be more than 10,000 restaurants in town, representing the foods of more than 70 countries, and any serious eater who spent some time in Houston would likely enjoy a truly astonishing variety and quality of meals, both traditional and innovative.

Of course there are excellent barbecue and Mexican/Tex-Mex restaurants galore and barbecue restaurants — like Truth BBQ, Ray’s BBQ Shack, the Pit Room, and Goode Co. in the former case, Caracol, Xochi, Cuchara, and The Original Ninfa’s in the latter. The city also has the second-largest Vietnamese population in the country, after Los Angeles, numbering about 80,000, and its Little Saigon is packed with good restaurants (some specializing in Cajun-Viet crawfish boils).

Some of Houston’s best-known restaurants have undergone reincarnations in recent years, too: Contemporary Southwestern pioneer Robert Del Grande’s Café Annie has been rebranded as The Annie, with a complete redesign and new dishes on the menu. The venerated tasting-menu place Oxheart is now owner-chef Justin Yu’s more casual Theodore Rex. And Chris Shepherd closed his Underbelly, described by the Houston Chronicle as “the restaurant that redefined how Houston ate,” last year and replaced it with a modern steakhouse called Georgia James. Every one of the new places has won acclaim. 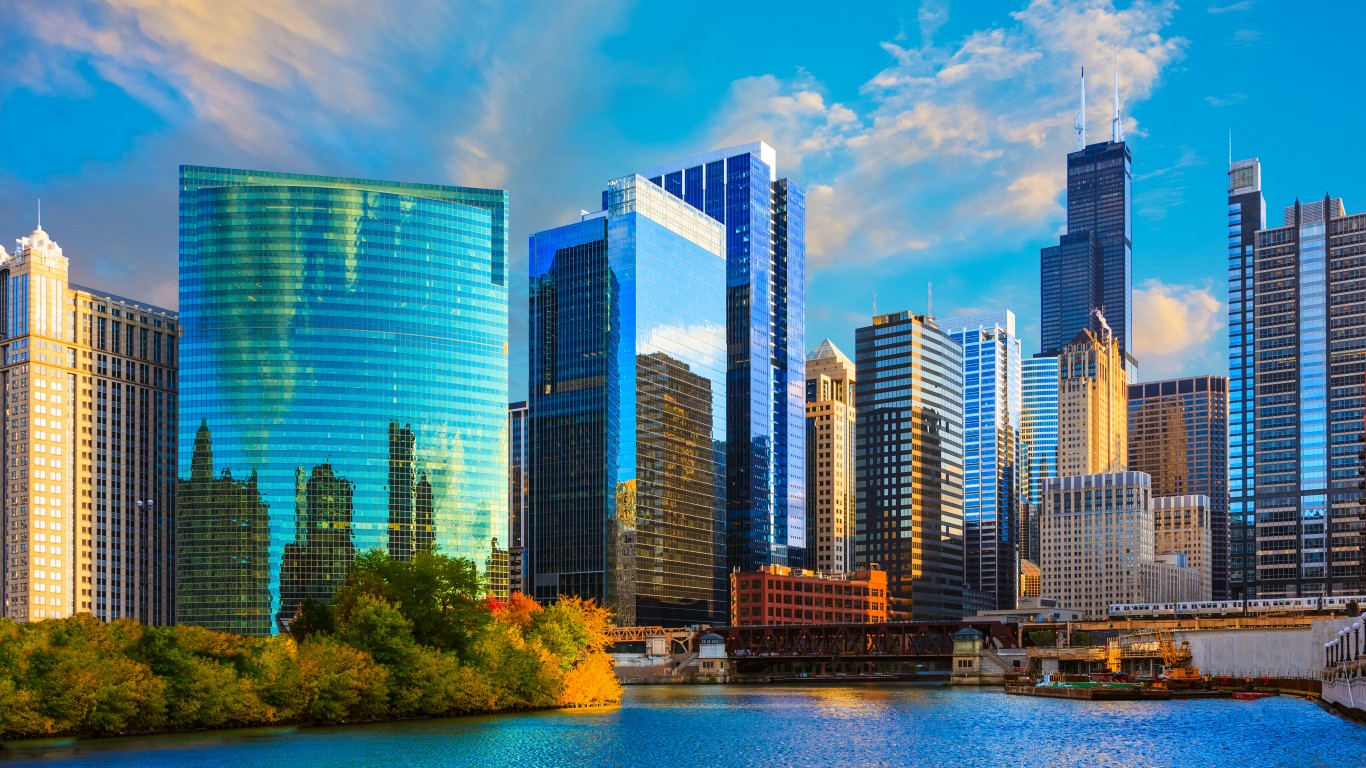 Bon Appétit named Chicago its 2017 Restaurant City of the year. And this year, some 25 Chicago restaurants were awarded Michelin stars, including the famed Alinea, which got the ultimate three-star accolade, and three more with two stars each — Acadia, Oriole, and Smyth. Among the 21 one-stars was Band of Bohemia, which has the distinction of becoming the first Michelin-starred brewpub anywhere. And thought the highly original New American place Bellemore hasn’t made Michelin yet, it was named the country’s best new restaurant last year by Robb Report.

Diners in the city can also experience the gutsy dishes at Chicago essentials like Au Cheval (famous for its burger), Girl & the Goat, and The Publican, or take a world tour with visits to such restaurants as Galit (Middle Eastern), Cabra (Peruvian), Ciccio Mio (Italian), Papa Cenar (Spanish/Mediterranean), Fat Rice (Macanese), Arami (Japanese), and the many representations of the cuisines of Mexico (the city has America’s sixth largest Hispanic population, about 80% of which is Mexican), from street food at the Maxwell Street Market to the sophisticated offerings at Rick Bayless’s Topolobampo (or the food at any of his other restaurants). 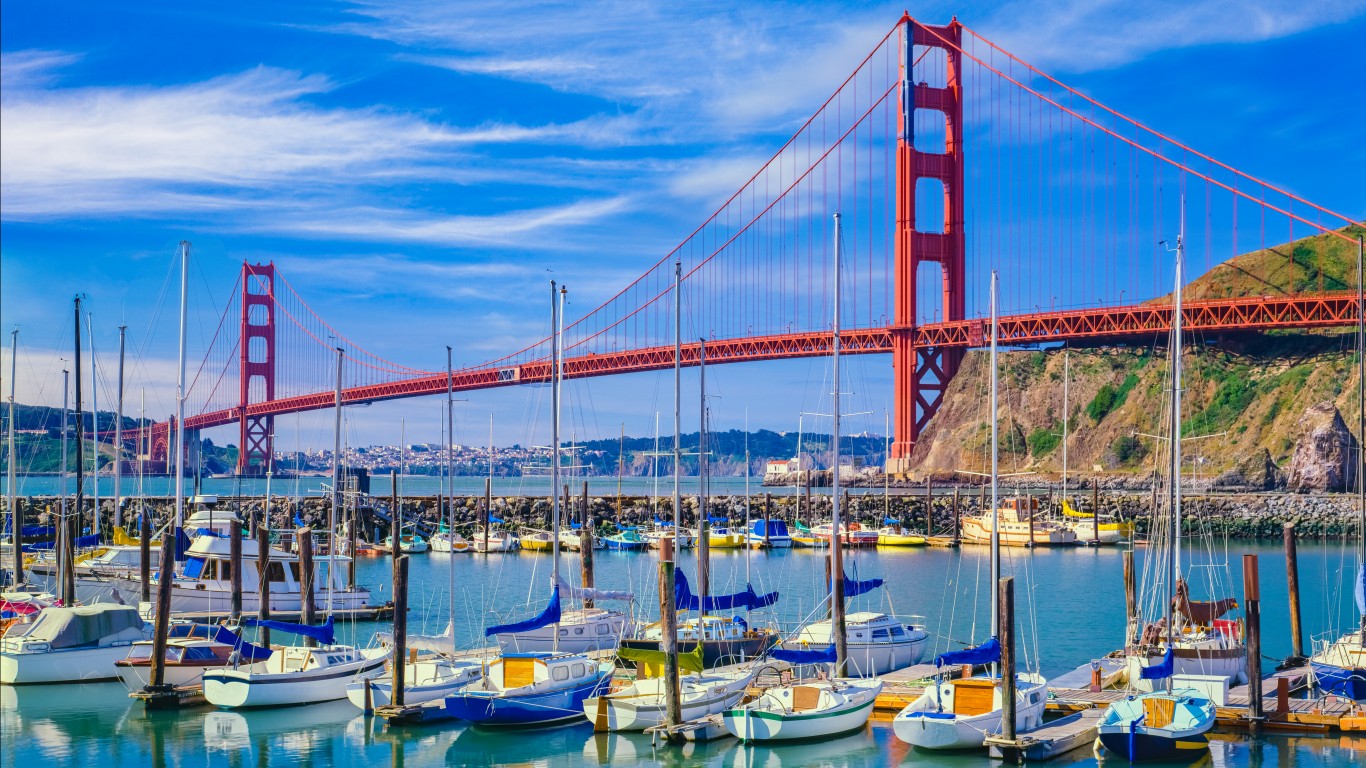 San Francisco is sometimes said to have more Michelin three-star restaurants than any other city in the country, but that’s not strictly speaking true. It has three thus-designated temples of gastronomy, all of them superb — Atelier Crenn, Benu, and Quince — as compared with five for New York City. The disconnect comes from the fact that there are four other three-stars in what might loosely be termed the Bay Area, all more than 40 miles from the city. Still, three isn’t bad — and there’s so much else to devour here.

And if all that isn’t enough, there are also the many culinary attractions in communities just across the bay — Oakland (home of historic Swan’s Market and a burgeoning dining scene that includes the butcher shop/restaurant Clove and Hoof, the two-star Commis, and the much-lauded Oliveto) and Berkeley (whose attractions range from the worker-owned cheese shop, bakery, and espresso bar Cheese Board Pizza to the legendary Chez Panisse). 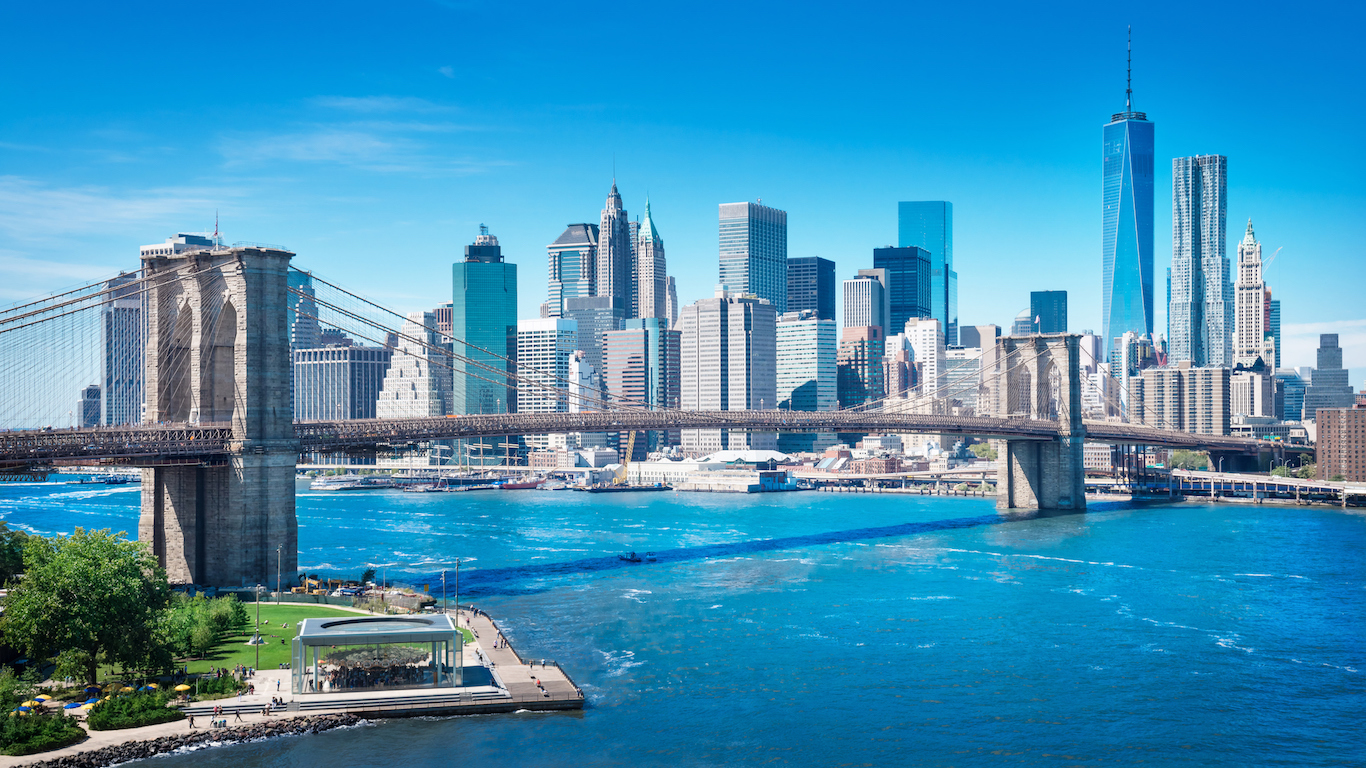 Food halls seem to be everywhere, too — Smorgasburg, Chelsea Market, Eataly (in two locations) Essex Market, Le District, DeKalb Market Hall, and four Urbanspace venues, among many others to sample a little bit of everything. And while Brooklyn is well-known for its eating places, Queens should be on diners’ itineraries too — for things like the Greek restaurants of Astoria, the Little India area of Jackson Heights, and the fast-growing Chinatown in Flushing. It’s hard to think of a food tradition that’s not represented in the Big Apple.

ALSO READ: The 30 US Cities With the Most Underrated Food Scenes 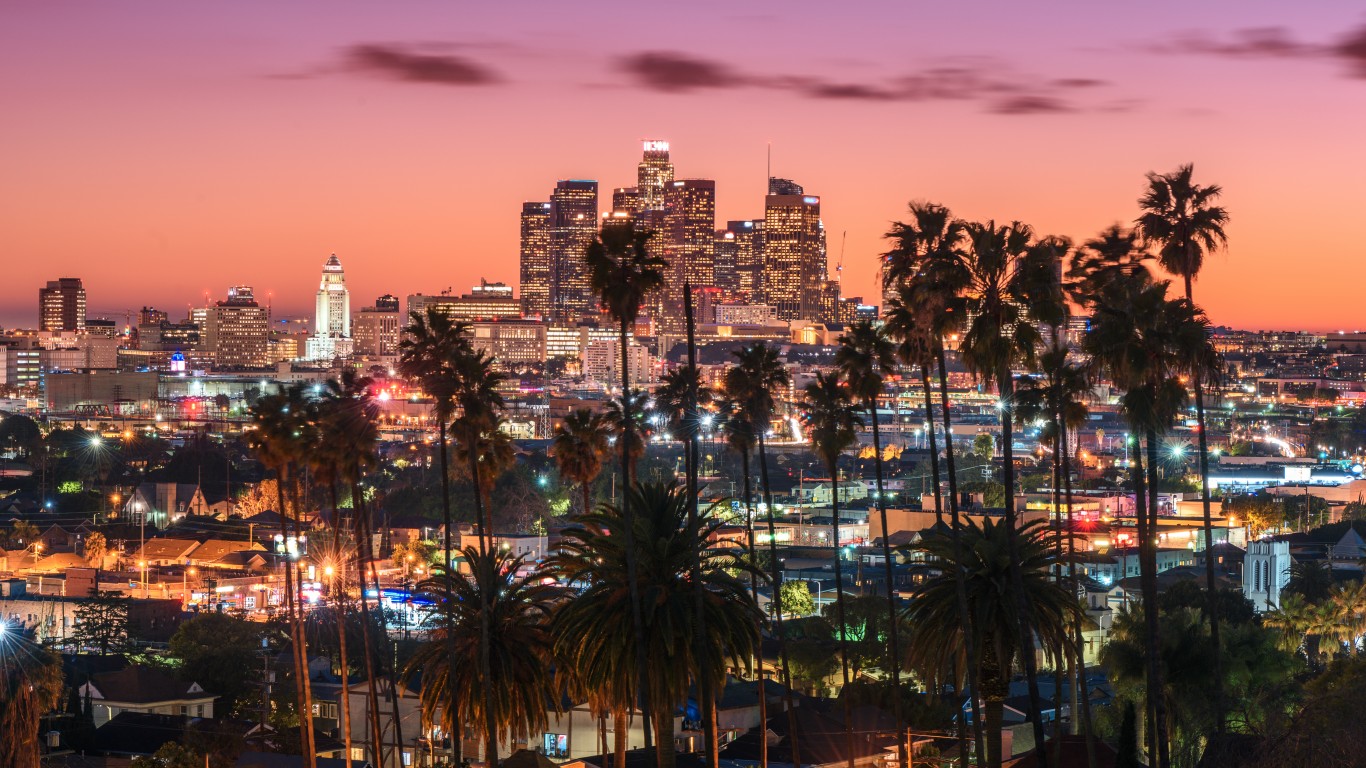 “There’s only one place, and that’s Los Angeles,” Wolfgang Puck — L.A.’s most famous and influential chef — told Eater a couple of years ago. “We have all these different cities within the city, with their own culture. A lot of things really started with us. And […] we have these great products all year round.” Puck’s Spago changed the restaurant scene in America with its open kitchen, its gourmet pizzas, and its revelation that fine dining could be informal and fun. He then went on to virtually invent modern Asian fusion food at Chinois on Main and redefine the steakhouse with the original CUT. And that’s just one chef’s output.

Other notable restaurants in the city include Providence, which may be the best seafood restaurant in America, the equal to New York’s Le Bernardin. Shunji and n/naka are breaking new ground in a city already known for its excellent Japanese cuisine. Bavel puts an imaginative spin on Middle Eastern dishes. PETA recently dubbed the city “vegan heaven” for its array of animal-free choices. There are Mexican restaurants on seemingly every block (the Oaxacan specialist Guelaguetza gets regularly named among the best L.A. restaurants of any kind), and every Central American food tradition is well represented.

And if any further proof is needed that Los Angeles is the place to be for food these days, consider the lineup of famous chefs from elsewhere who have opened or are opening restaurants in the city — Eddie Huang, Daniel Humm, and Jean-Georges Vongerichten from New York City; Chris Bianco from Phoenix; Charles Phan from San Francisco; Enrique Olvera and Gabriela Cámara from Mexico; Massimo Bottura from Italy; Shaun Quade from Australia; and Rodrigo Oliveira from Brazil, among others. L.A. is the best food city in America and it looks like it’s only going to get better.