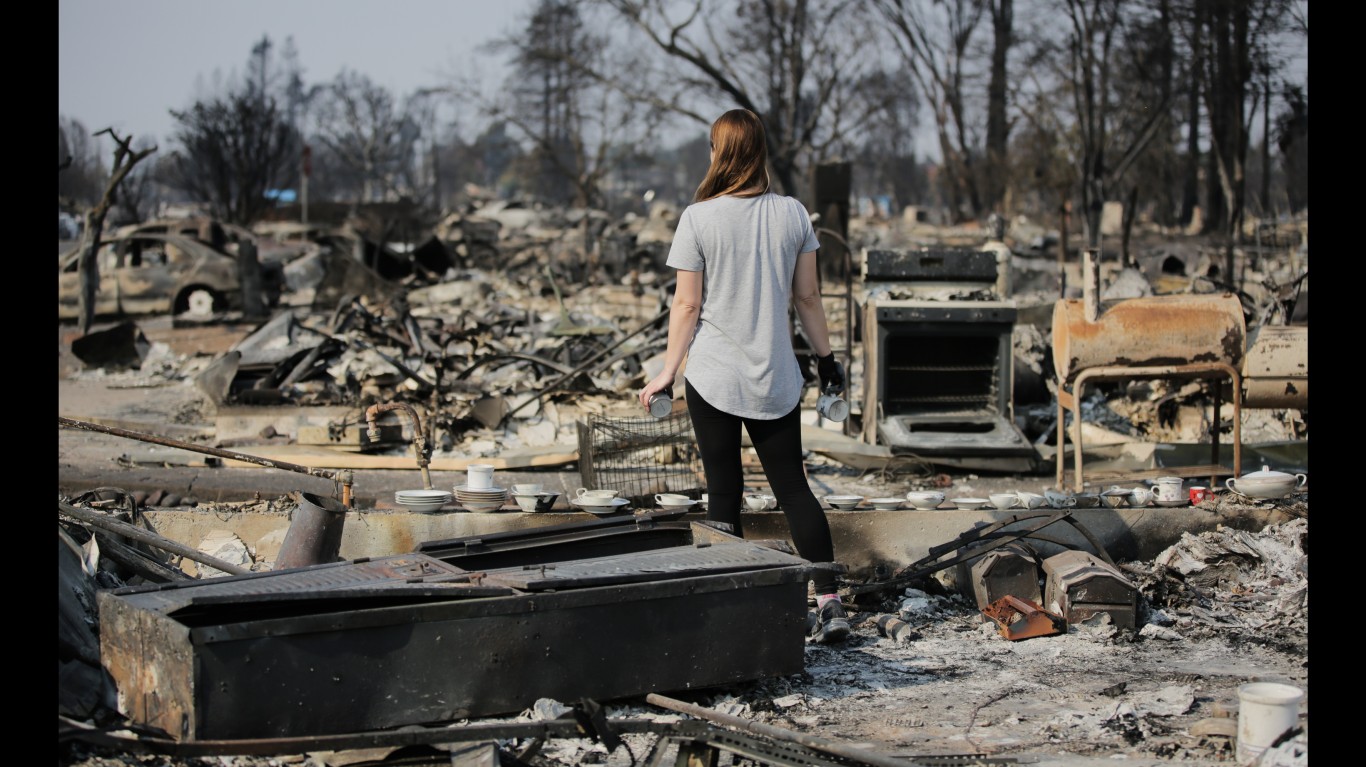 Drought conditions lead to one of the deadliest and most costly firestorms in U.S. history. The Tubbs, Atlas, Nuns, and Redwood Valley fires in California in October killed dozens and destroyed thousands of homes and businesses. December fires in Los Angeles burned hundreds of homes, and in Montana, over a million acres burned. The wildfires caused a total of nearly $19 billion in damage and were the costliest in U.S. history to date. 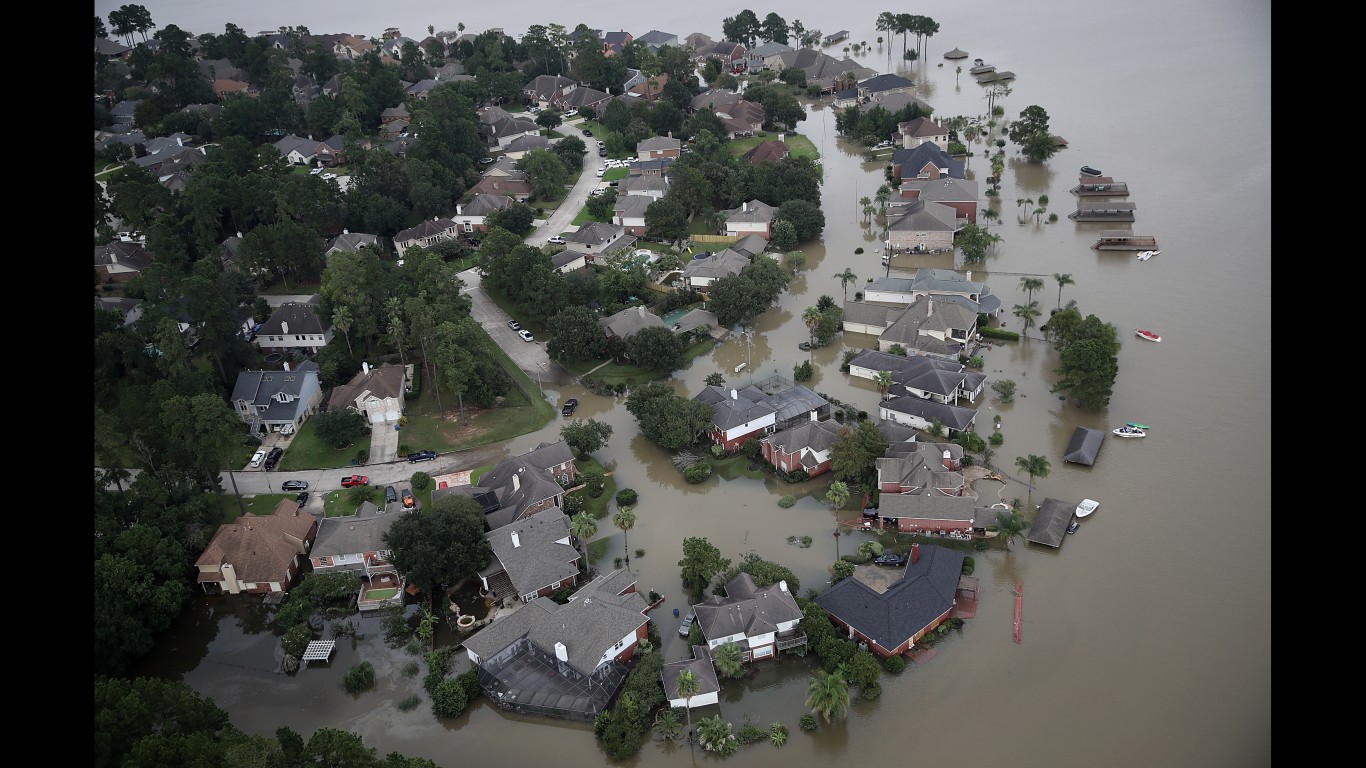 Hurricane Harvey caused historic flooding in and around Houston, Texas. Nearly 7 million people lived in areas that reported over 30 inches of rainfall in a single week. Many of them reported 45 to 50 inches of rainfall over that period. The devastation was widespread, as 89 deaths were reported, over 200,000 homes and businesses were damaged or destroyed, and over 30,000 people were displaced. The storm cased an estimated $130 billion in damage — making it by far the most costly in the last decade and the second most costly natural disaster since at least 1980, trailing only Hurricane Katrina, a storm that caused over $167 billion in damage.

24/7 Wall St.
Beach Towns That Will Soon Be Under Water 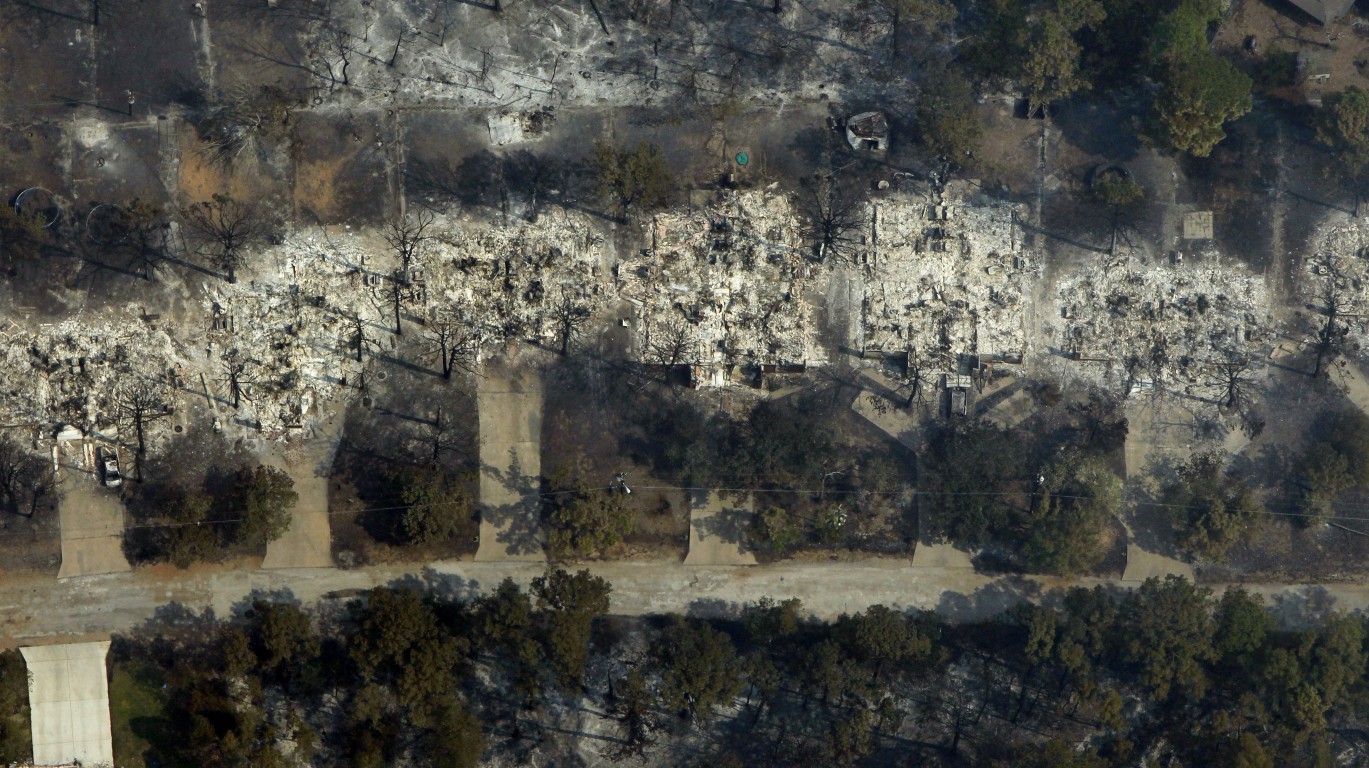 Several Southern Plains states were affected by serious drought for much of the year. From January through October, Texas received only 11 inches of rain, less than half the average of 24 inches for that period. Oklahoma reported less than 19 inches over the same period, compared to an average of 30 inches. The effects on agriculture were devastating as over half of all rangeland and pastures in the two states were classified as in “very poor” condition for much of 2011. New Mexico, Arizona, Kansas, and Louisiana were also affected by drought and heatwave conditions. Many deaths were also attributed to the heatwave over the same period. 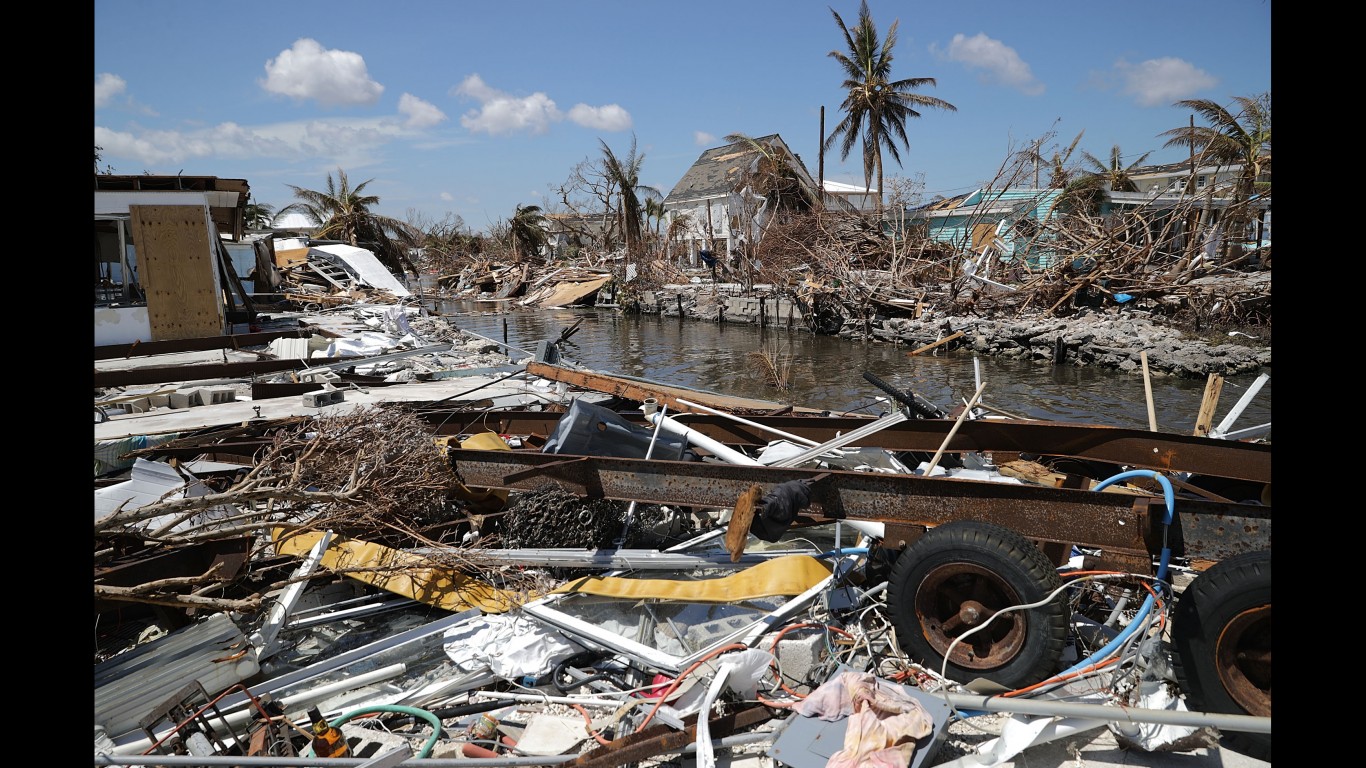 With a death toll of 97, Hurricane Irma is the sixth deadliest hurricane to hit the United States in the last 40 years. Irma made landfall as a Category 4 storm in the Florida Keys, where it destroyed one-quarter of all buildings and damaged nearly two-thirds of buildings. It had previously devastated the U.S. Virgin Islands as a Category 5 storm. The hurricane brought damage from storm surges and high winds to coastal portions of mainland Florida and South Carolina. Charleston and Jacksonville reported near record-breaking flooding. 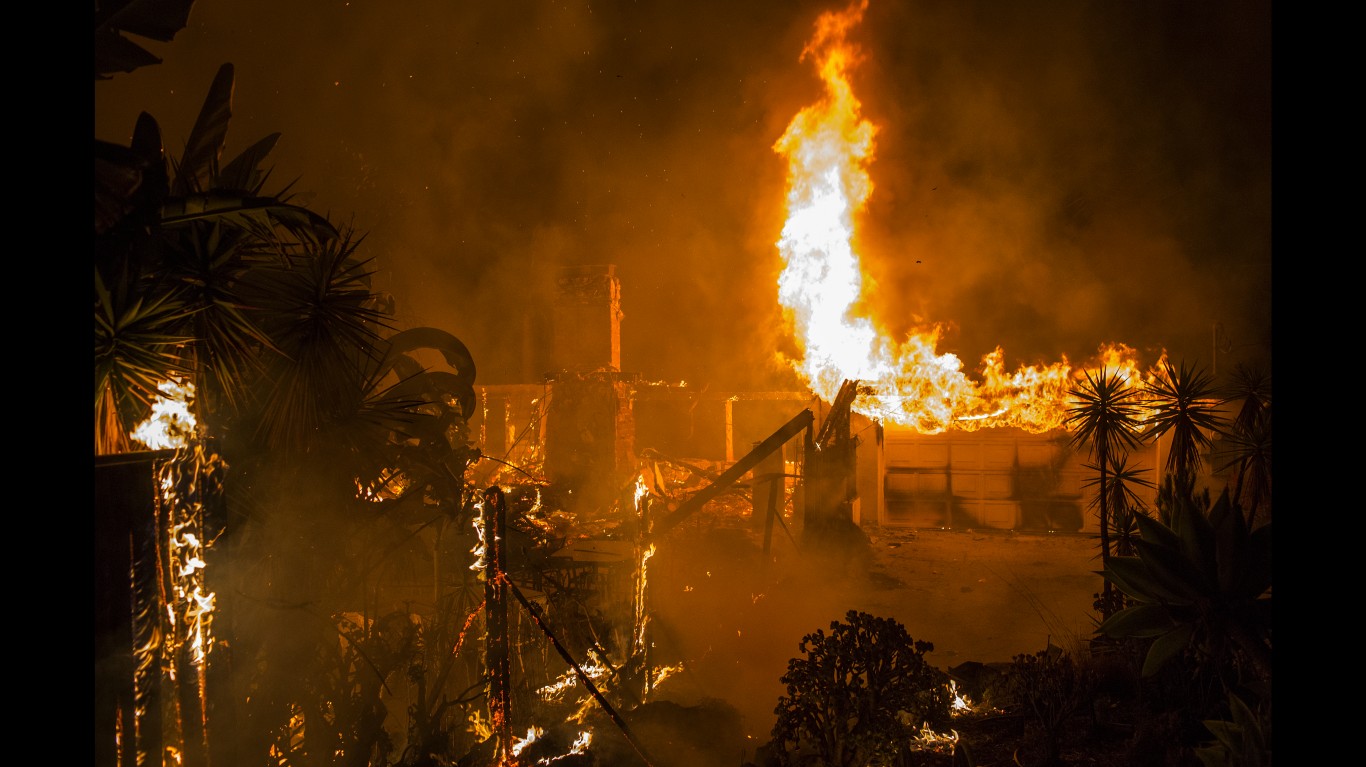 Over the second half of 2018, California experienced its deadliest, costliest, and largest wildfires on record. The Camp Fire, which started in November in Butte County in the northern part of the state, destroyed more than 18,500 buildings and killed dozens of people. The Mendocino Complex Fire, which started in the summer about 100 miles north of San Francisco, burned nearly half a million acres. Other devastating fires in the period include the Carr Fire in Northern California and the Woolsey Fire in Southern California.