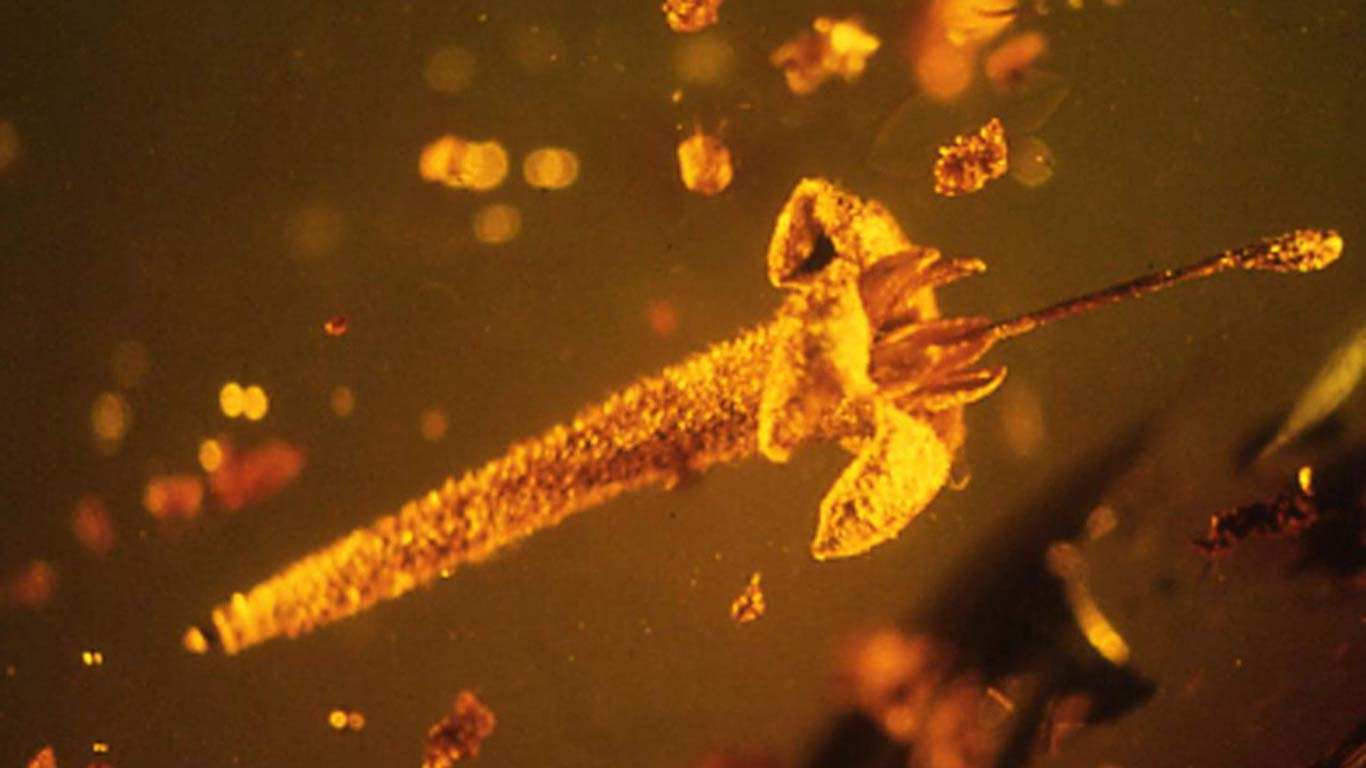 Strychnos electri is a sample of a fossilized plant encased in amber that was discovered by Oregon State University entomologist George Poinar in the Dominican Republic in 1986. Poinar sent high-resolution photos to Rutgers University Professor Lena Struwe, who determined that the flowers belonged to the strychnos genus of flowering plants still in existence.

Scientists named the plant after the Greek word for amber, elektron. These plants contain strychnine, an alkaloid found in pesticides. The plant was dated between 15 million and 45 million years ago and is the first neotropical plant preserved in amber, the fossilized resin of dead trees. 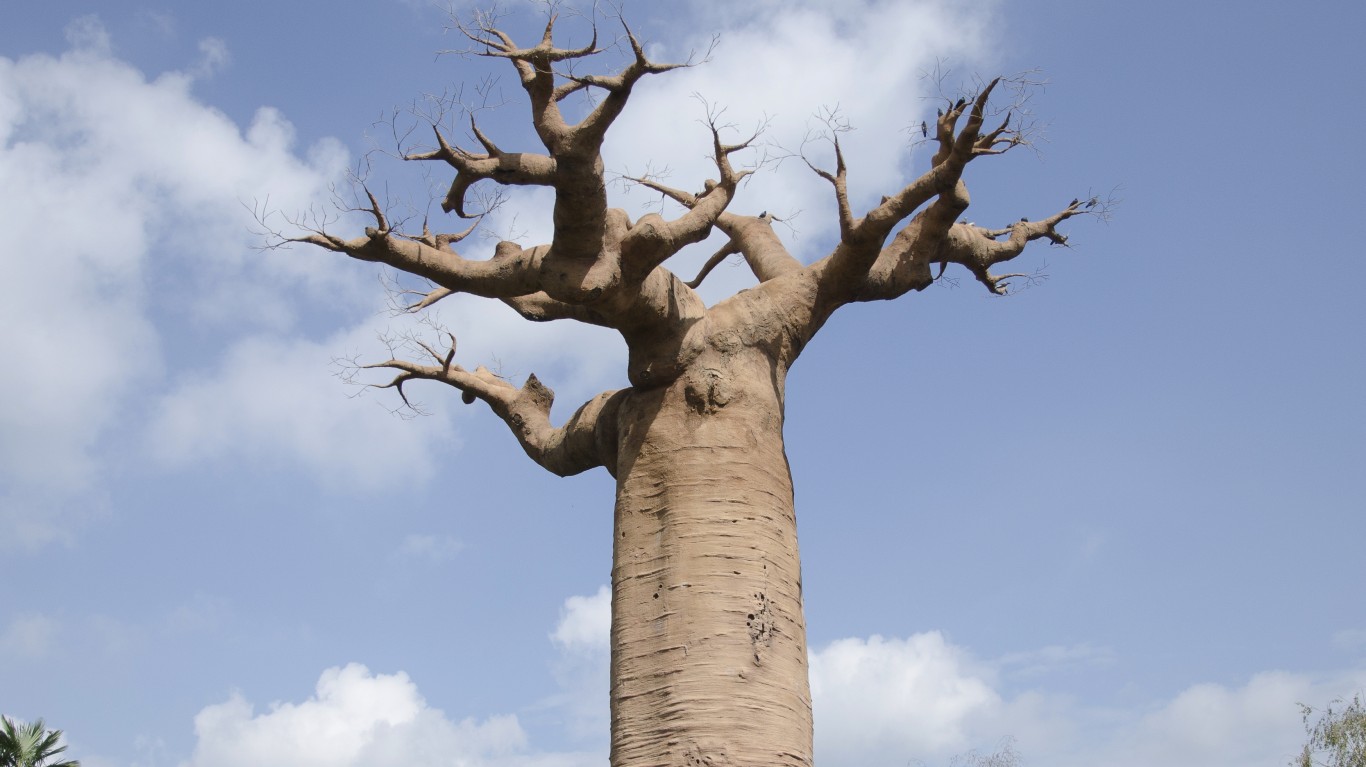 There are eight species of the baobab tree, and Grandidier’s baobab is the most impressive. The tree, which is found in arid regions on the island of Madagascar, off the eastern coast of Africa, stands 82 feet high, with a trunk that is 10 feet wide. The bark from the tree is highly sought after for its medicinal properties. The tree, named after Alfred Grandidier, a 19th-century French naturalist and explorer, is considered endangered by the International Union for Conservation of Nature because of slash and burn farming and overgrazing.

ALSO READ: Crops That Would Be Most Affected If Honey Bees Disappeared 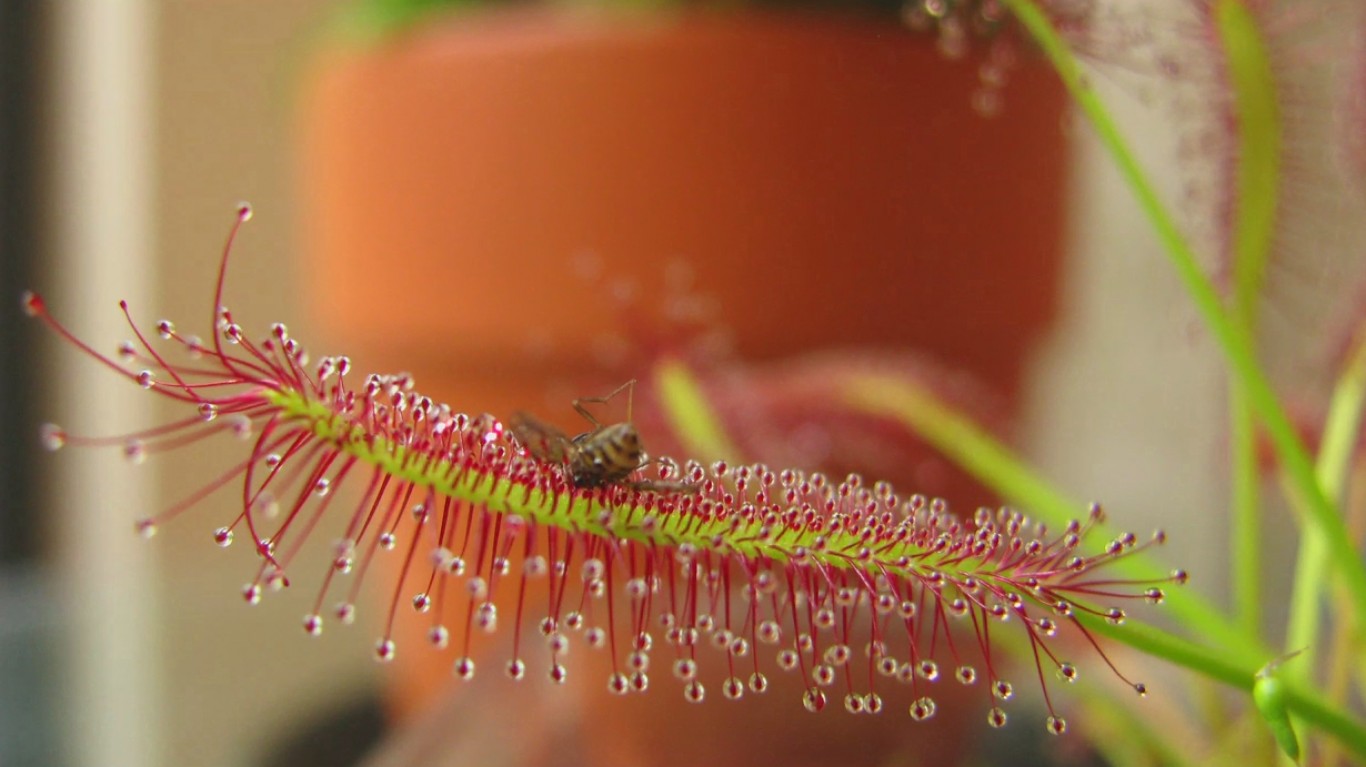 Native to South Africa, the cape sundew’s coloring and shape are suggestive of a ribbon candy. The plant snares insects in its “arms,” which are leaves saturated with sap. Cape sundew plants are prolific at reproducing and can survive in a variety of temperatures. New Zealand has placed it on a list of invasive plant species. 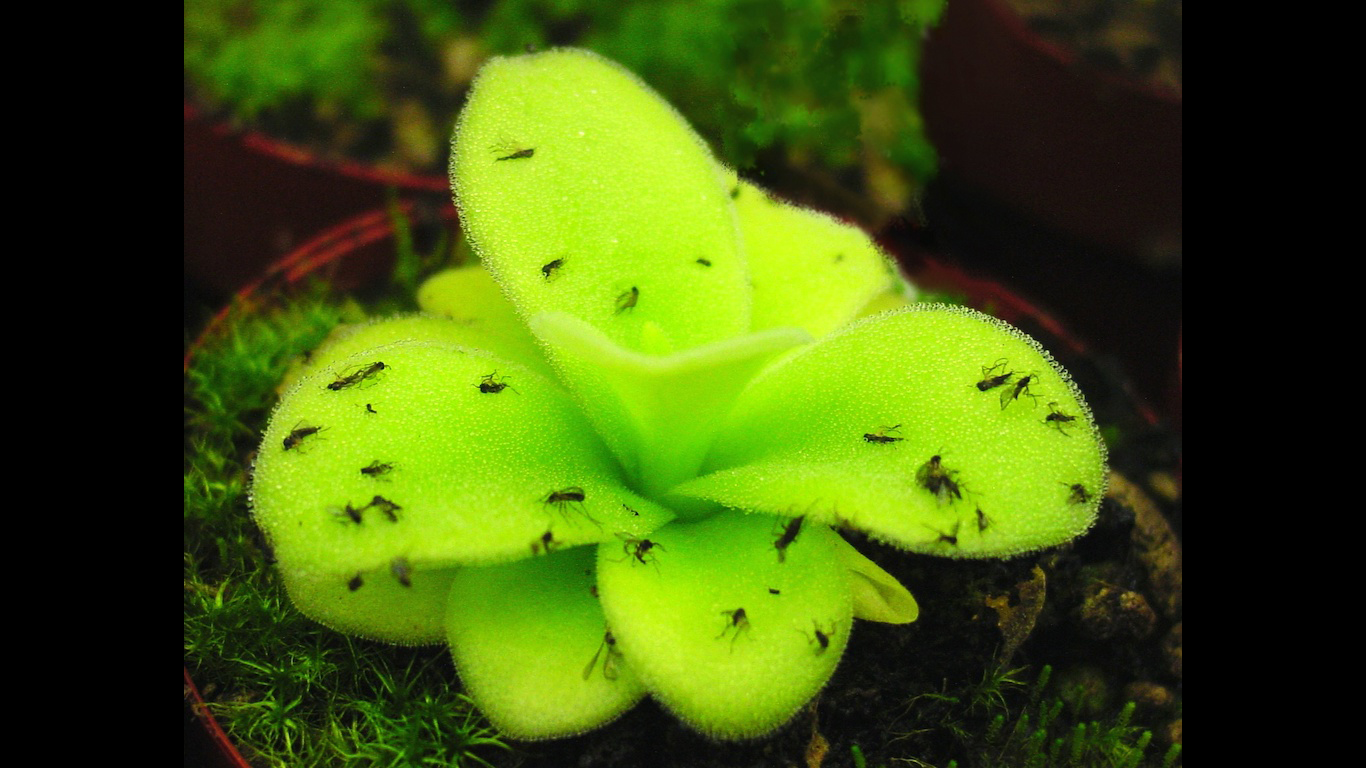 Flypaper plants, or butterworts, have a green, translucent glow that belies their ferocity. The tropical carnivorous plant snatches anything that lands on its leaves and then starts eating them. Its sticky surface traps such prey as mosquitoes and gnats. 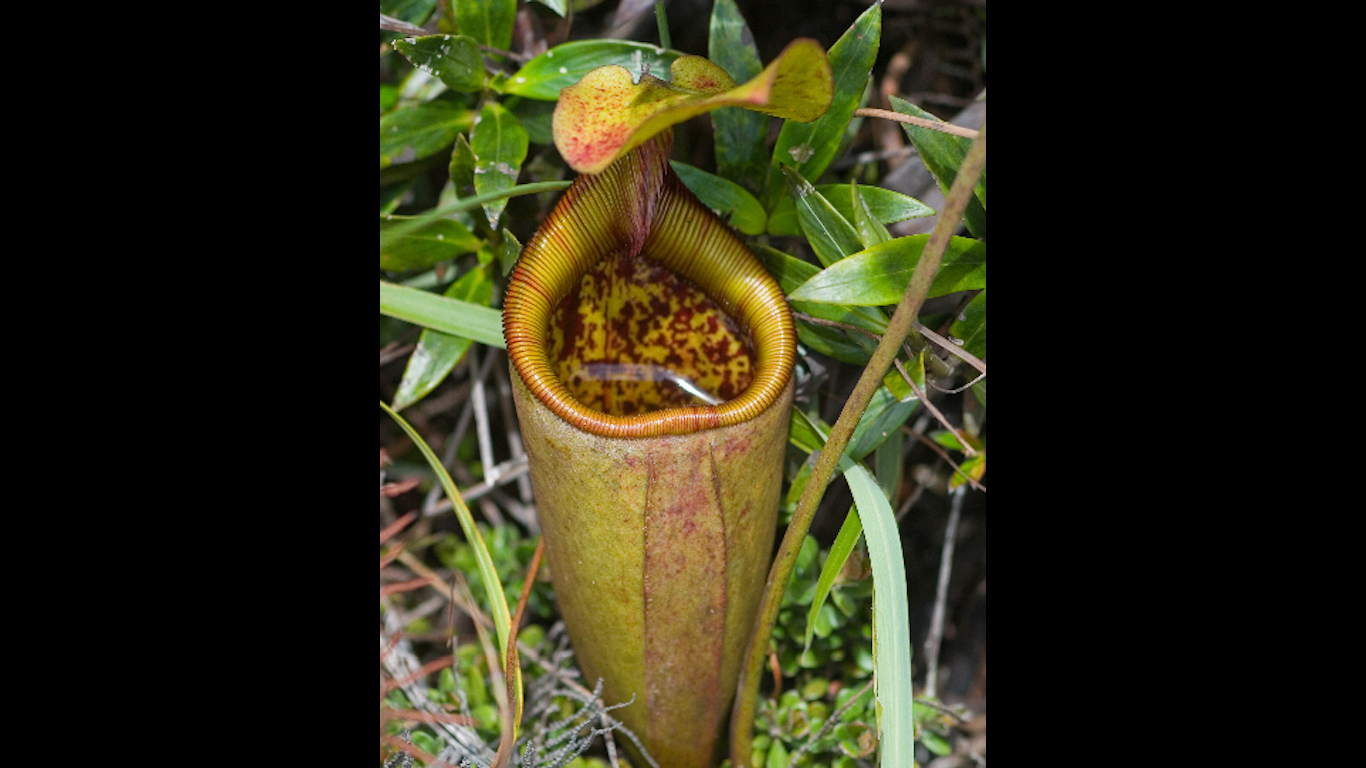 Discovered in 2007, the rat-eating pitcher plant is among the more recent plants discovered. It is also one of the weirdest of the carnivorous plants, believed to be the largest meat-eating plant in the world. As its name suggests, it is capable of digesting rats. The 4-foot tall pitcher-shaped plant lures the creatures with its nectar, and when the animal leans into the plant to drink the liquid, it tumbles into the pitcher’s waxy interior and is trapped by the sap. Acid-like juices then dissolve the animal. Scientists found the plant on Mount Victoria in the Philippines, and the scientific name — Nepenthes attenboroughii — comes from renowned nature broadcaster Sir David Attenborough.