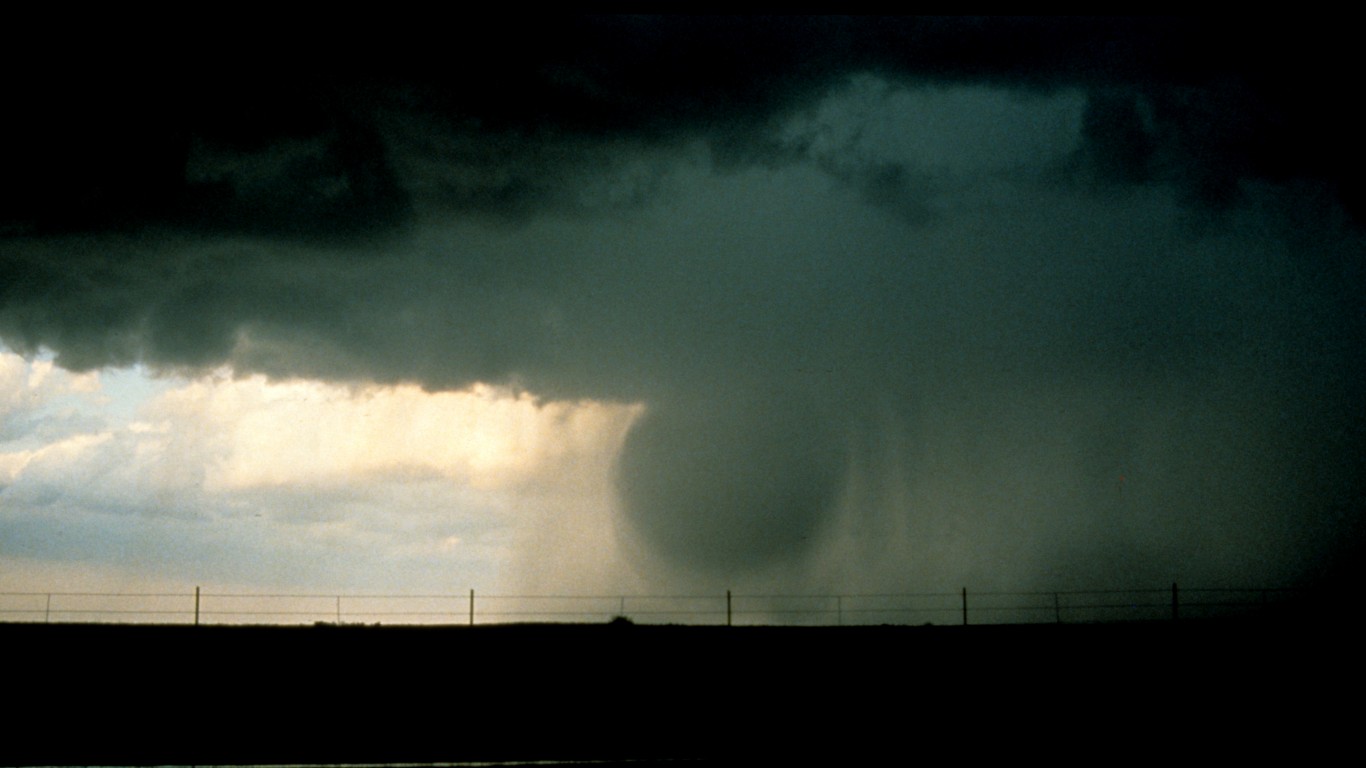 A microburst is a small version of a downburst, which is a column of sinking air with high-speed winds associated with thunderstorms. Similar to a tornado, microbursts can cause significant damage to buildings and landscapes and are also a threat to aircraft. Microbursts are less than 2.5 miles in scale, and extreme ones can produce wind speeds up to 150 mph. They can be either wet, dry, or a hybrid of the two. 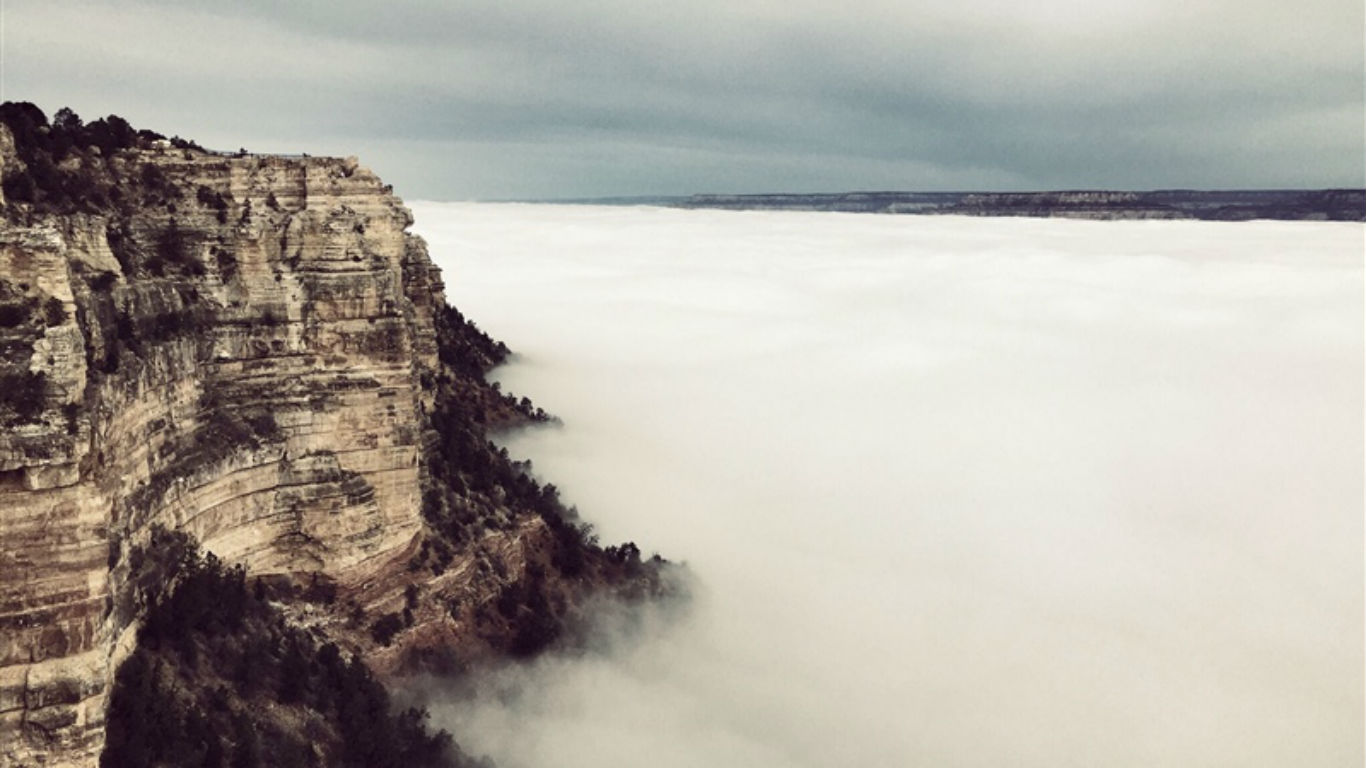 Air temperature normally decreases as altitude increases. In the phenomenon known as thermal inversion, the air at ground level is cooler than the air above it. This can cause smog buildup because inversions trap pollutants near the ground. It can also cause thick fog or clouds that are capable of filling up the Grand Canyon for the entire day, which happened in 2013. Although smaller inversions in the Grand Canyon occur more often, larger ones only occurs about every 10 years.

24/7 Wall St.
27 Climate Emergencies That Are Happening Now and Can’t Be Stopped 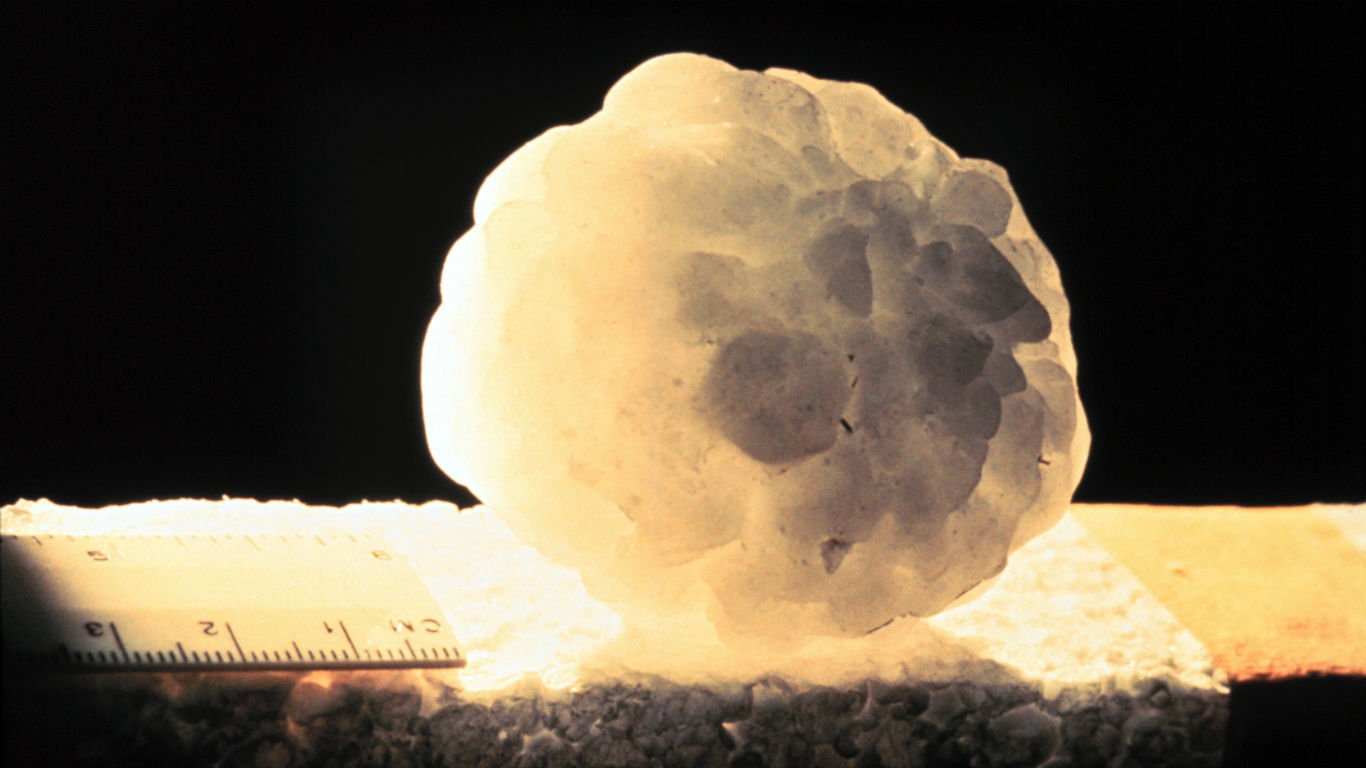 Hail glaciers are large accumulations of hail that can stay frozen for some time. In 2004, in Clayton, New Mexico, 15 foot deep ice “glaciers” formed along riverbanks following a summer hail storm. The ice remained for nearly a month. Such hail glaciers have been documented on a few other occasions in locations in the American Southwest, including Dalhart and Amarillo, Texas, and most recently in the Mexican city of Guadalajara in June of 2019. 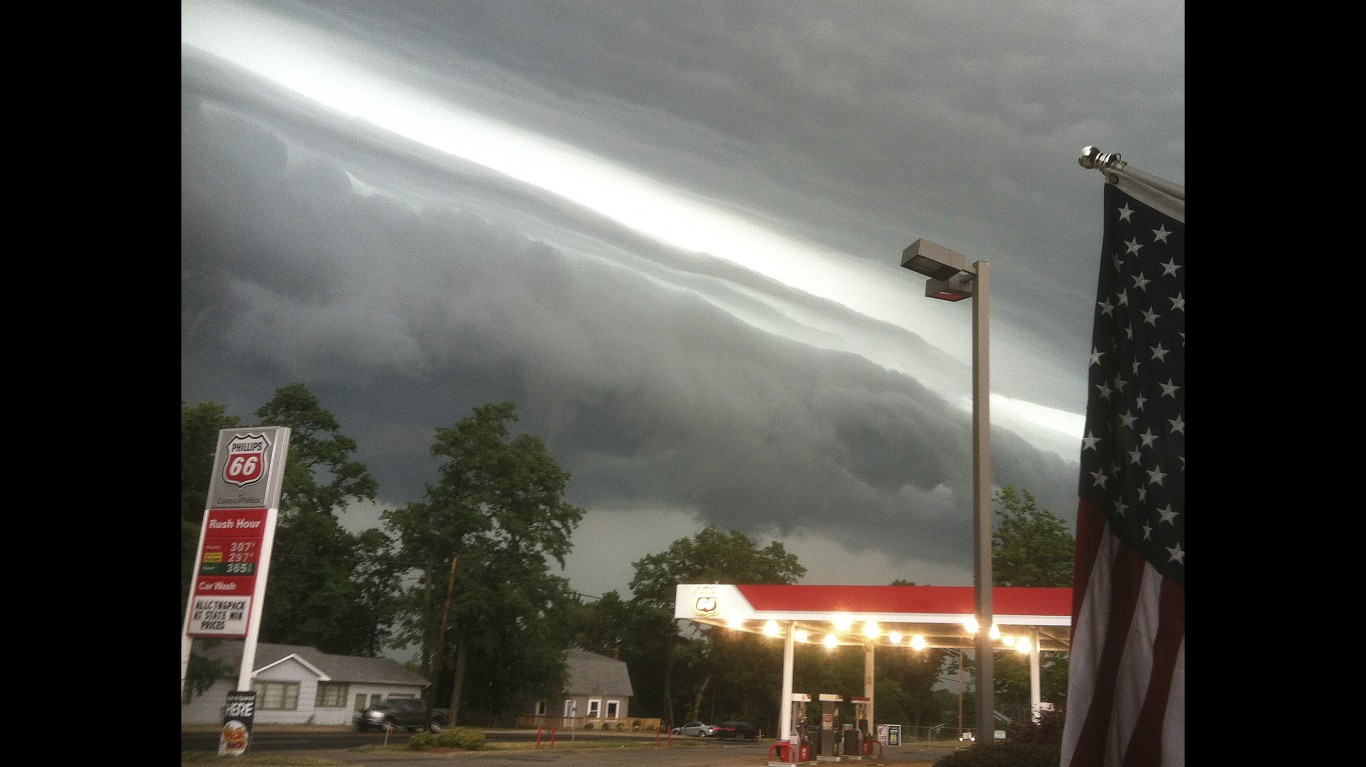 A derecho is a rare type of severe thunderstorm event. It is a long-lived, wide wind storm with showers or thunderstorms that typically moves in a straight line. A derecho often creates striking visual formations as ominous shelf clouds approach. By definition, derechos must include winds of at least 58 mph along most of their length and produce a swath of wind damage that is at least 240 miles long. 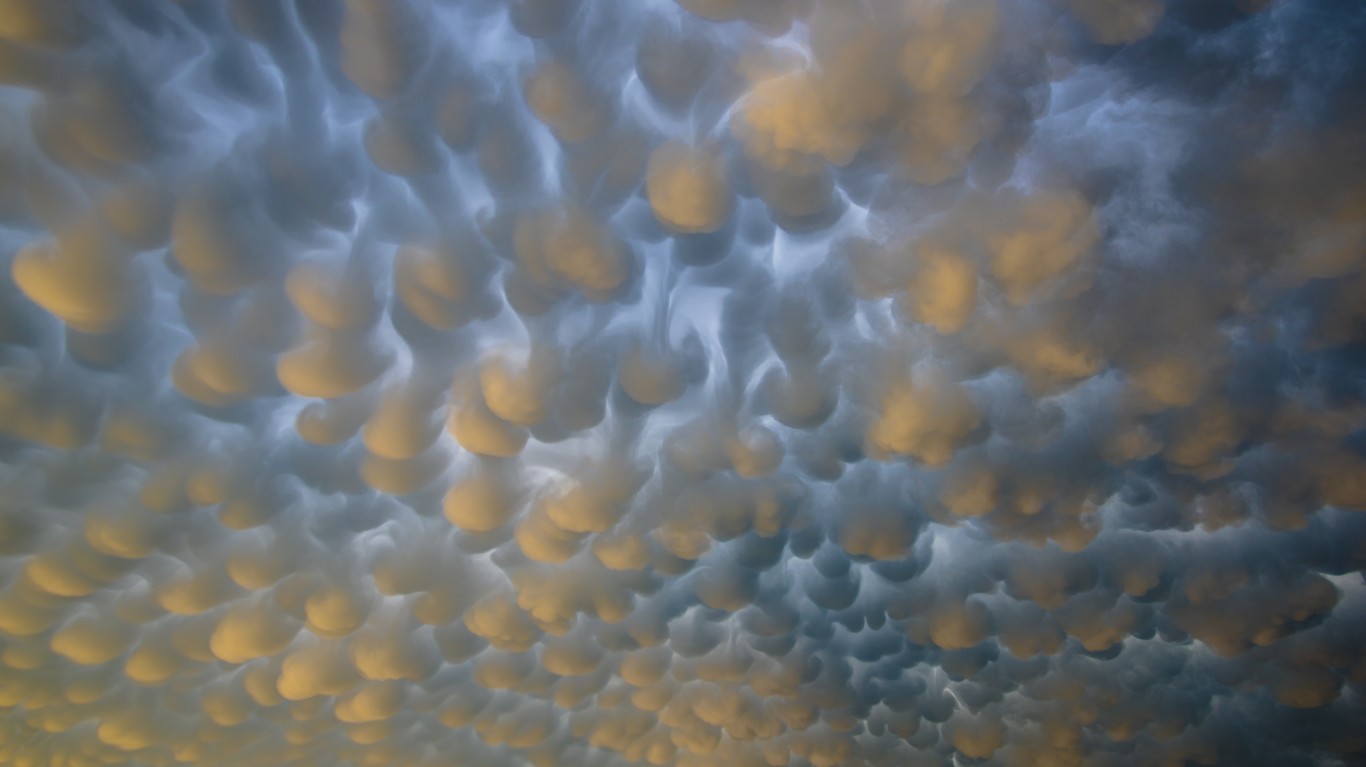 Mammatus clouds occur when a large base cloud develops a series of smaller, round protuberances on the underside. While they can occur in different types of clouds, they are most often seen on cumulonimbus clouds — towering cloud formations with flat bases. They occur when ice crystals fall out of the cloud and turn to water vapor, cooling the air around them, creating the sunken pockets indicative of mammatus formations.