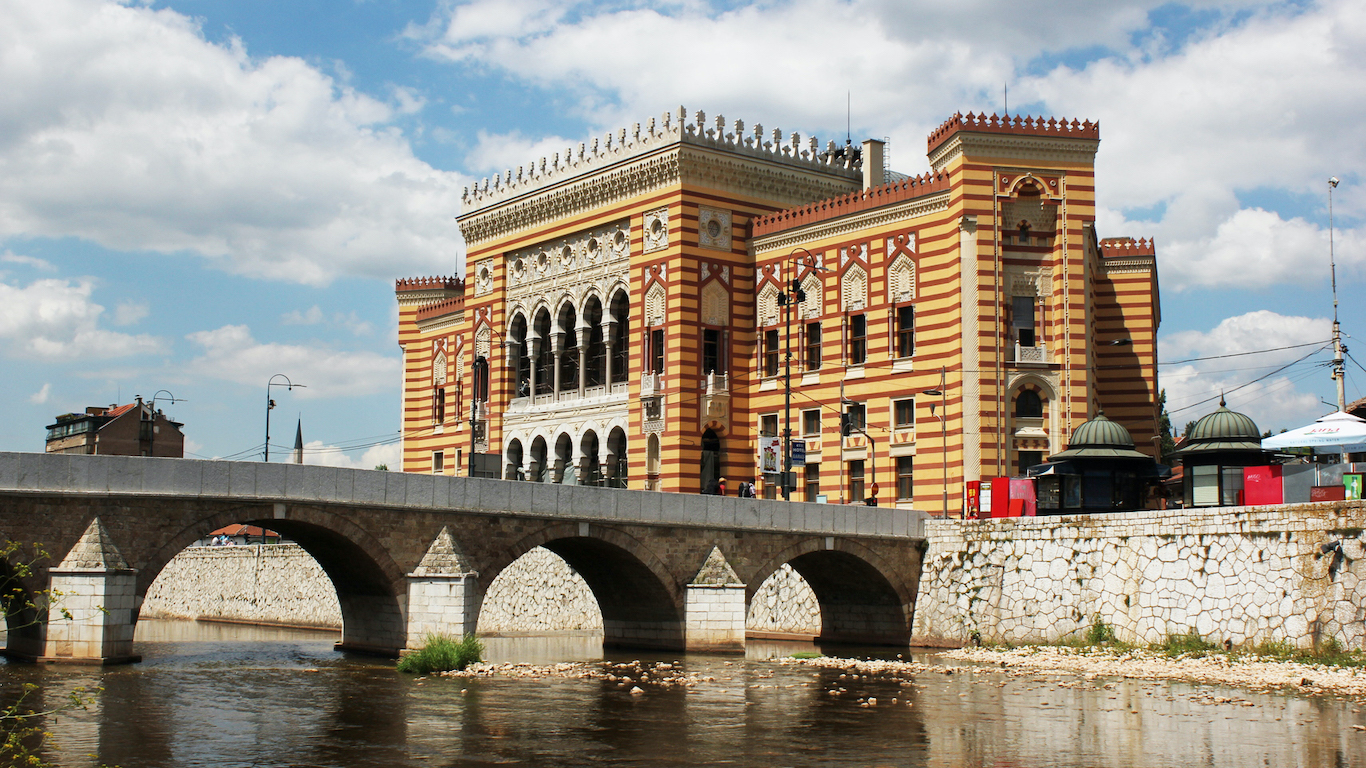 First opened in 1896, Vijecnica of Sarajevo was converted in 1949 into the National Library of Bosnia. The library, along with nearly 2 million books, was burnt to the ground during the Bosnian war in August 1992. The library’s collection included rare documentation of life under the Ottoman and Austro-Hungarian empires. 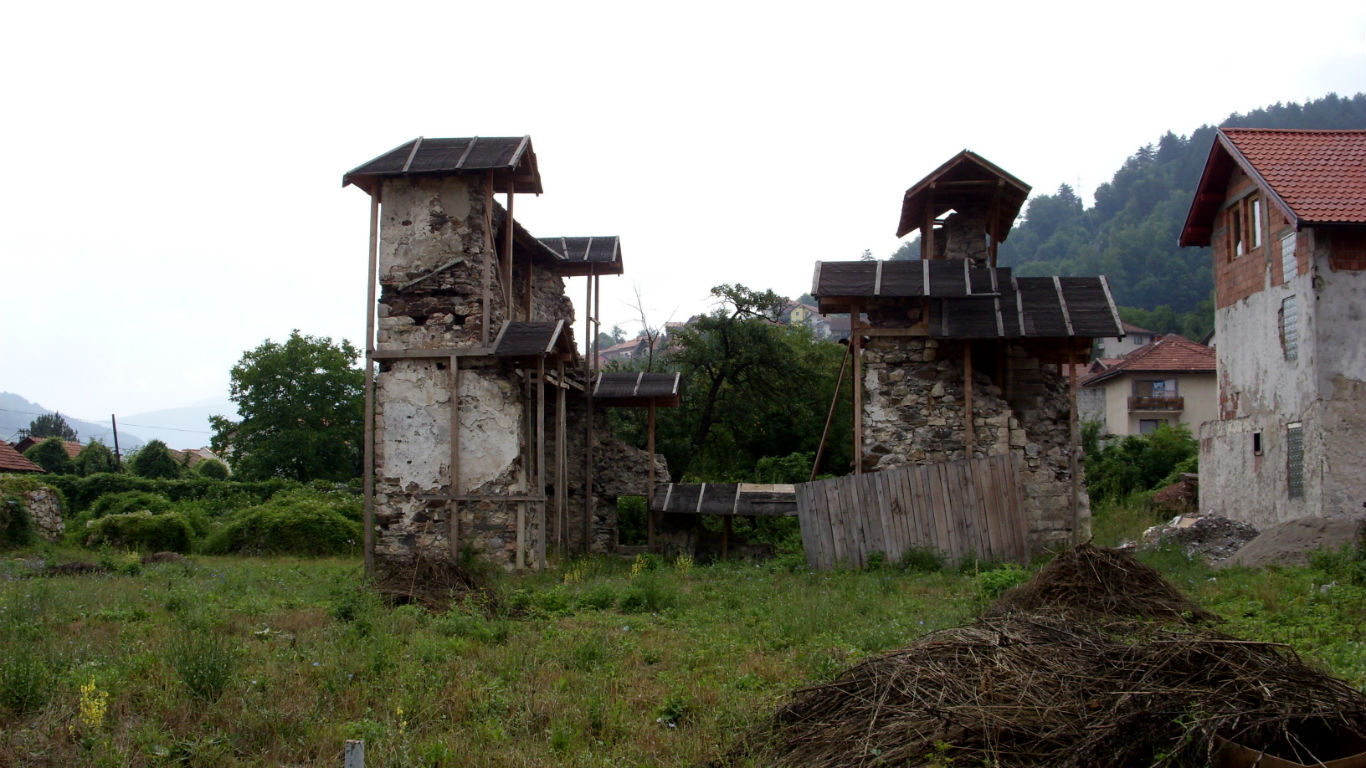 The 18th-century Mehmed Pasha Kukavica Mosque in Foča, Bosnia and Herzegovina, is a cultural vestige of the Ottoman Empire, which held sway over the Balkans until the early 20th century. The mosque was almost destroyed during the Bosnian War in the 1990s, but the structure is being restored to preserve Muslim culture in the region.

24/7 Wall St.
The Worst Statistic About Your State 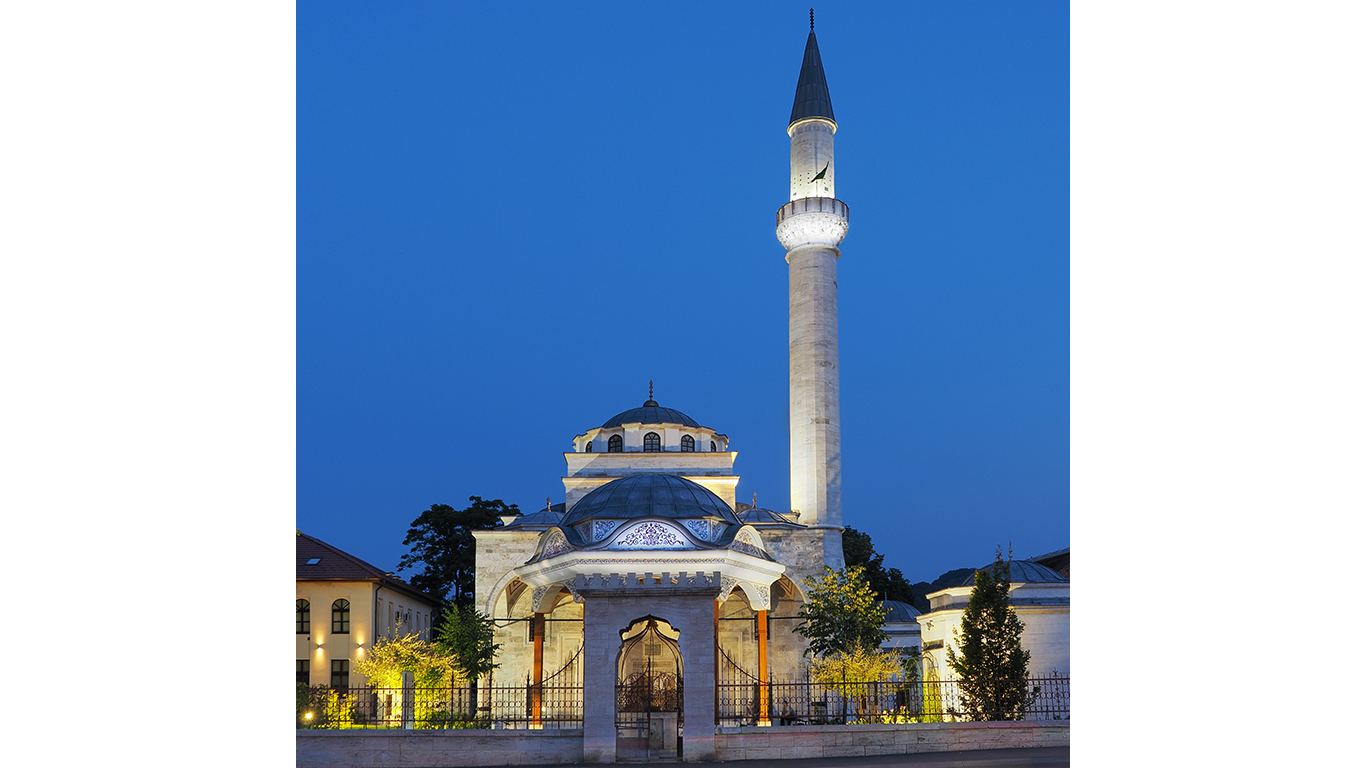 Banja Luka, the second largest city in Bosnia-Herzegovina after Sarajevo, was the site of some of the worst human rights abuses during the Bosnian War. In addition to the forced displacement of the non-Serbian population and ethnic cleansing carried out during the conflict, objects and sites of cultural significance to religious minorities were deliberately destroyed. The UNESCO-designated cultural heritage site Ferhad Pasha Mosque was among several 16th century mosques destroyed by Serb forces in the city. 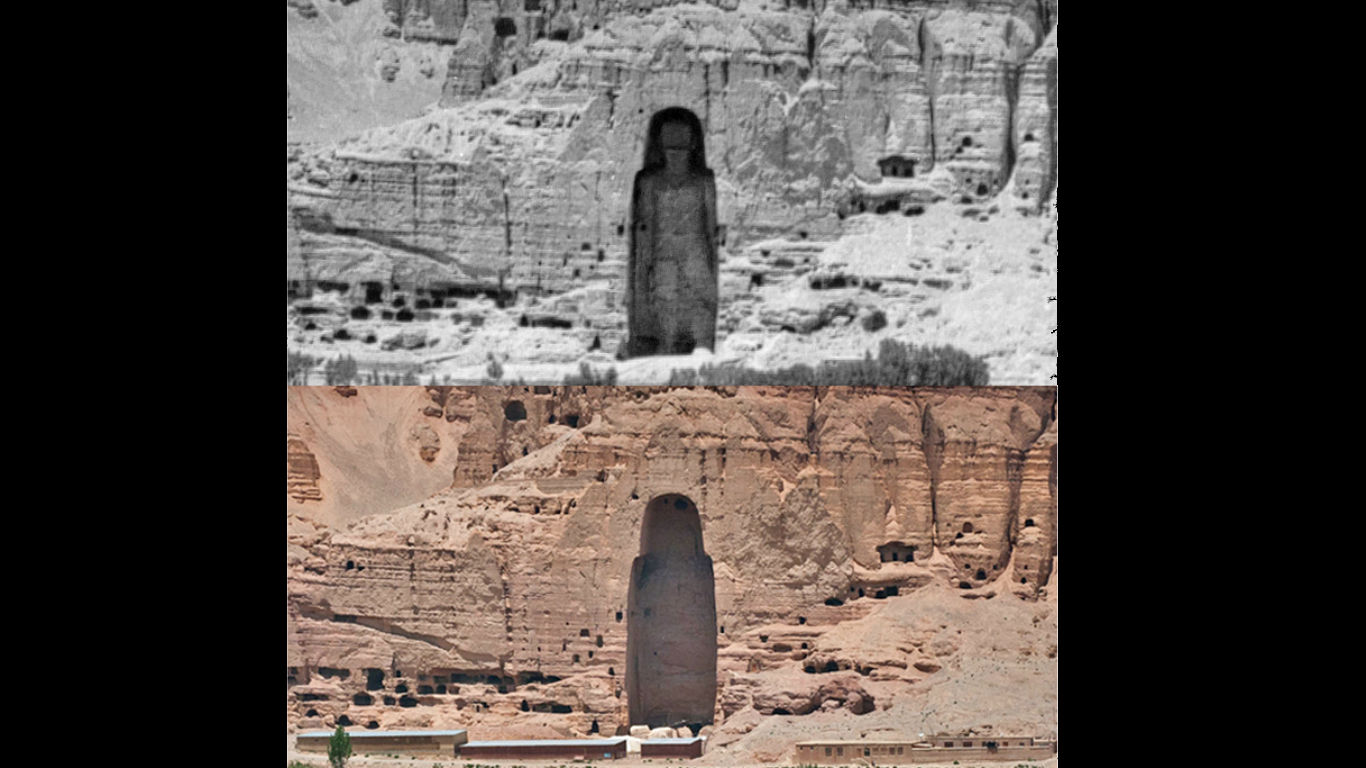 The Buddhas of Bamiyan, Bamyan, Afghanistan, were carved into a sandstone cliff in the sixth century. The Buddha monuments were the tallest Buddhas in the world, with the tallest Buddha standing at 170 feet. It had been a holy site for monks since at least the early seventh century. In 2001, the Taliban, under the direction of Mullah Mohammed Omar, ordered their destruction because they were considered idolatrous statues. It took the Taliban 25 days to destroy the statues, using tanks, artillery shells, and dynamite. 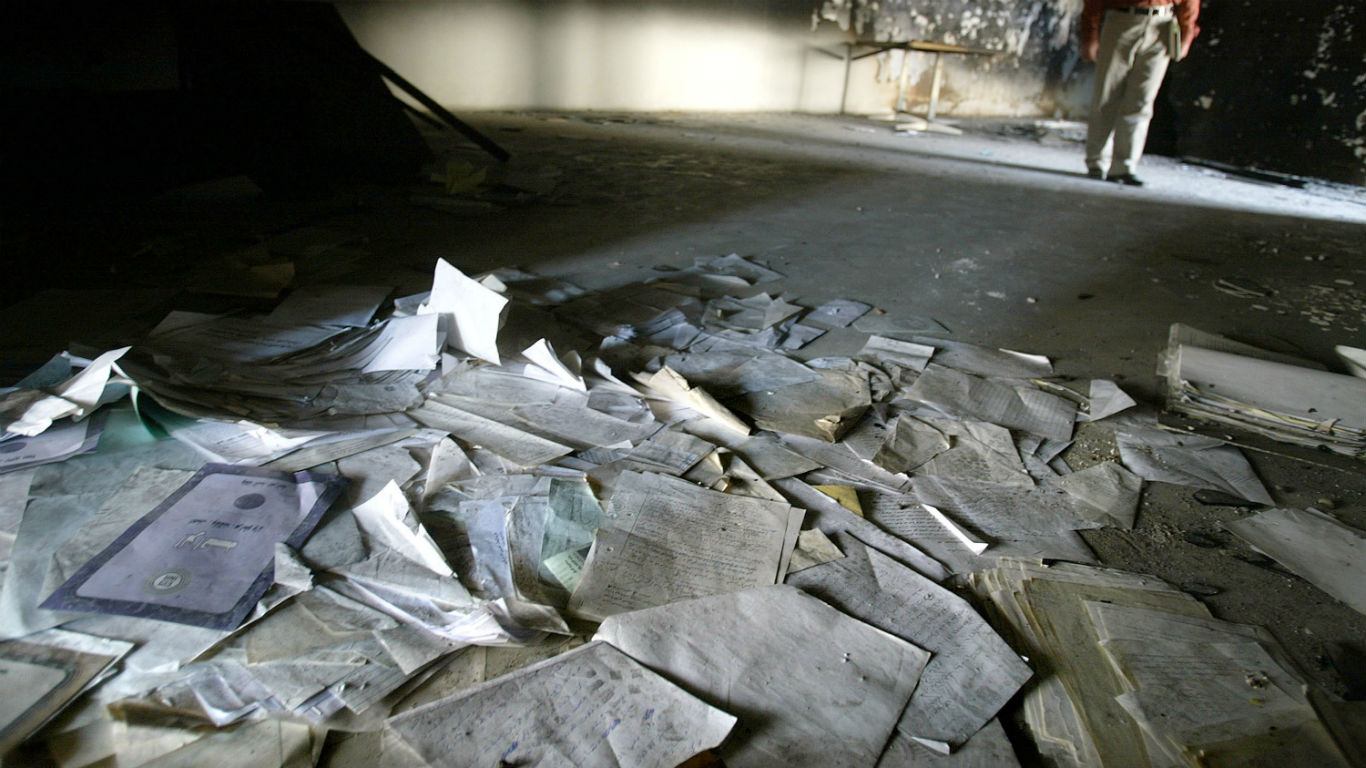 The National Library in Baghdad, Iraq, which housed millions of books, manuscripts, and stone tablets from antiquity, was plundered by those loyal to Saddam Hussein in April 2003, and the repository was set on fire. Lost forever were irreplaceable artifacts from the ancient Sumerian, Babylonian, and Assyrian civilisations.