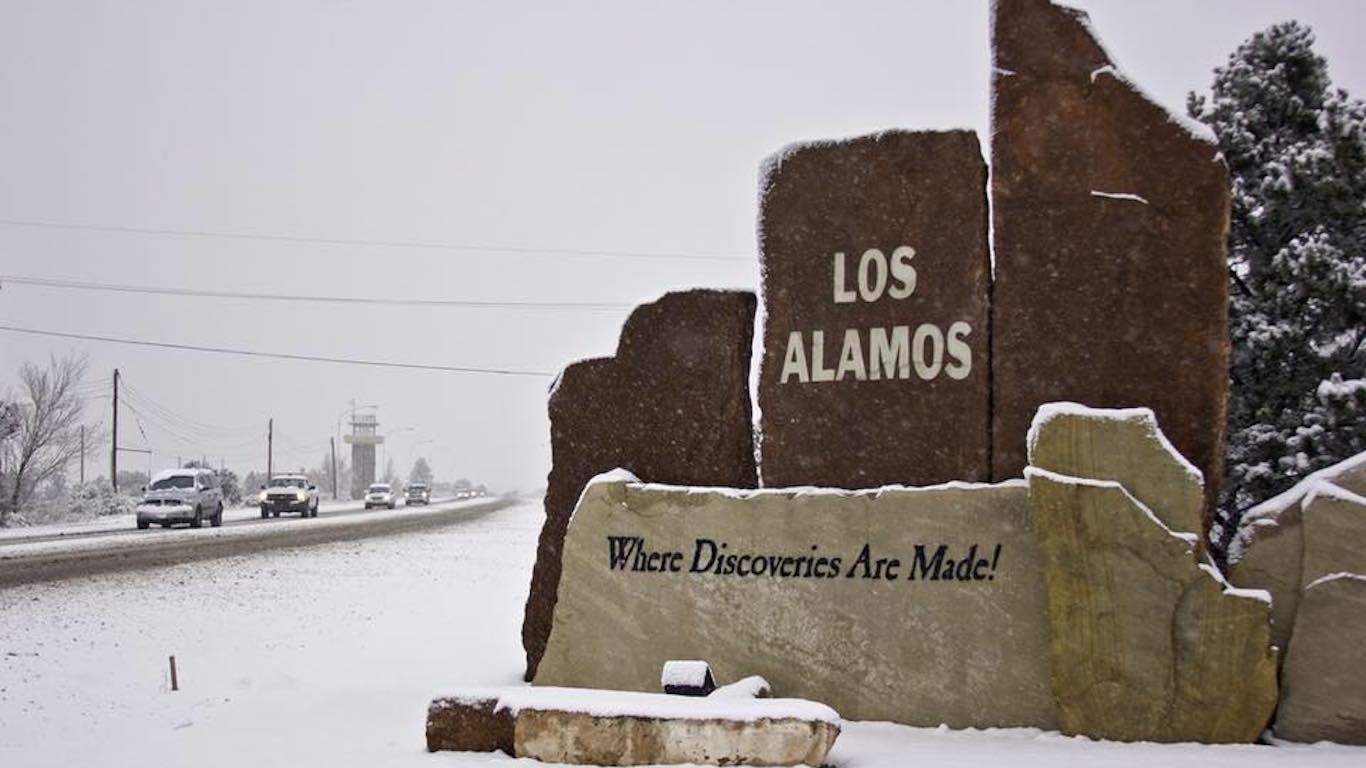 Children of college-educated parents are more likely to be academically successful than children of parents who never went to college. Across the Los Alamos School District, 66.5% of adults have a bachelor’s degree, well above the 27.1% share of adults across the state as a whole.

Advantages outside of the classroom for most students in the district do not end there. Children growing up below the poverty line face unique hardships and stressors that can have a negative impact on academic performance. However, such conditions are rare in the district. Just 2.6% of area children live below the poverty line, a fraction of the 23.3% child poverty rate across New Mexico. 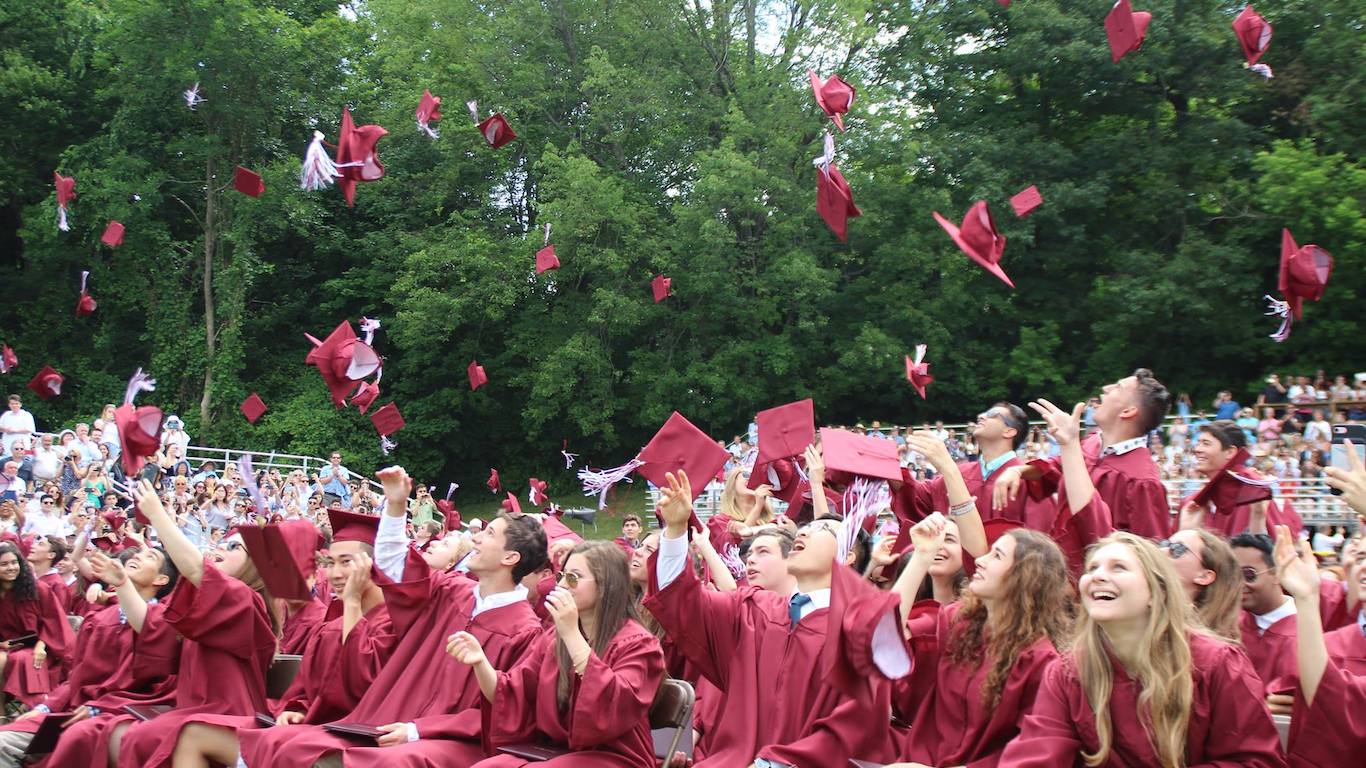 With a near-perfect graduation rate of over 97%, the Scarsdale Union Free School District ranks as the best school district in New York state. Across the state as a whole, only 76.0% of high school freshman class students graduate within four years.

Smaller class sizes have been shown to have a generally positive effect on student outcomes. In the Scarsdale district, there are only 12 students per teacher, compared to about 13 statewide and 16.1 nationwide.

24/7 Wall St.
Most Affordable Colleges With Best Outcomes in Every State 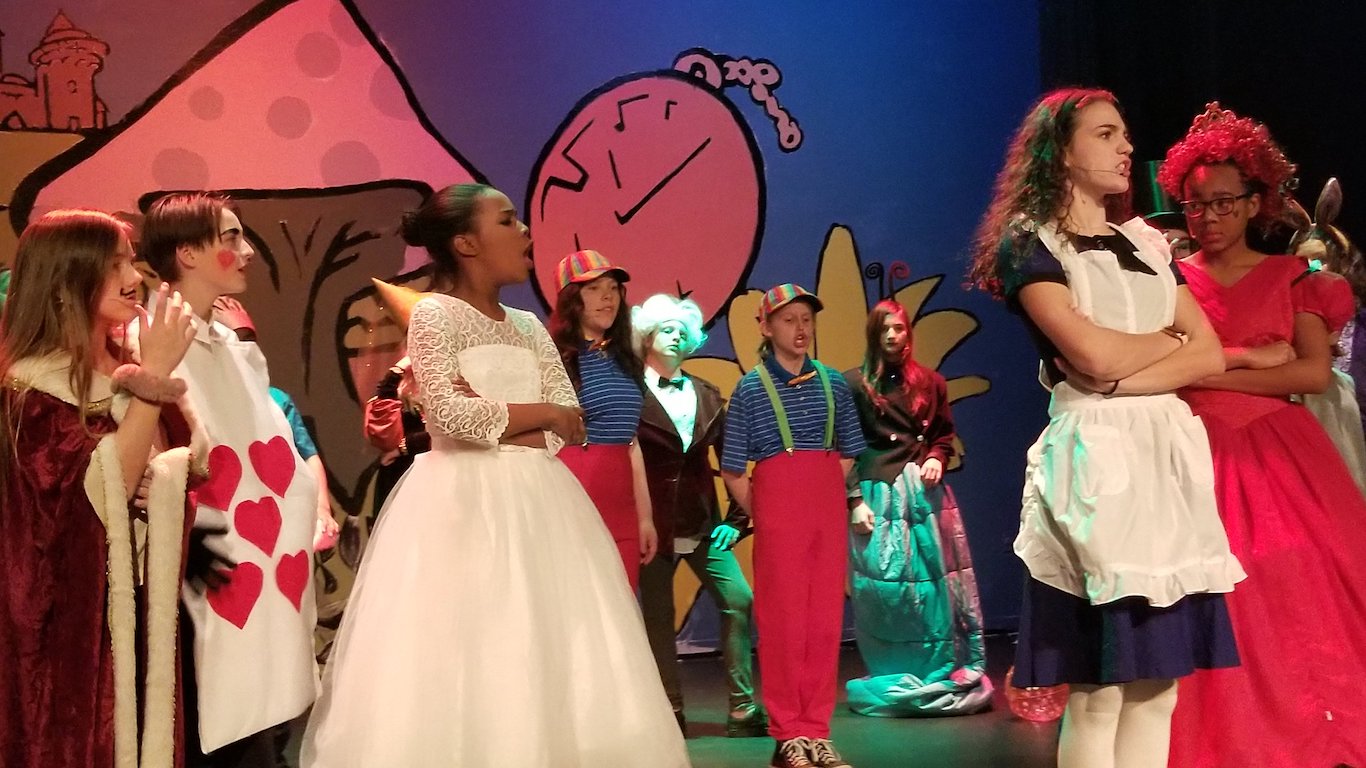 North Carolina’s Chapel Hill-Carrboro City school district is relatively large, with 20 operational schools and over 12,000 students. Spending on education in the district comes to just over $12,000 per student per year, roughly in line with the national average spending per K-12 pupil but well above the state’s spending of $9,072 per pupil.

Like most of the districts on this list, student achievement is very high in Chapel Hill-Carrboro City, with an average SAT score of 1310 and an average ACT score of 30, both well above the national average scores. The share of high school students who have taken at least one AP class is more than double the national share. 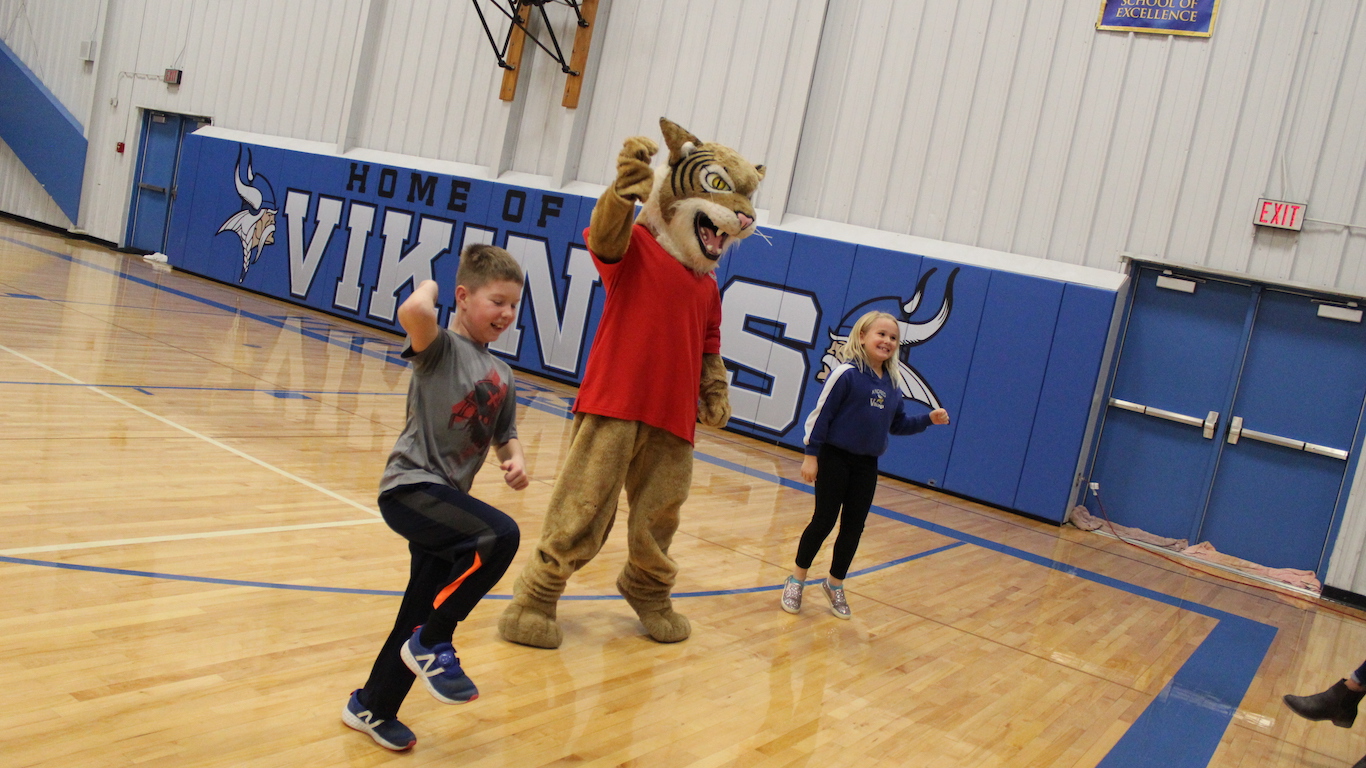 North Dakota’s Kindred School District 2, located just south of Fargo, is a small system of two schools. The best school district in the state, Kindred has a high school graduation rate of at least 90%.

Many of the advantages students in the district have are outside of the classroom. For one, children growing up below the poverty line face unique hardships and stressors that can have a negative impact on academic performance. However, such conditions are rare in the district. Just 5.3% of area children live below the poverty line, about half the 9.5% child poverty rate across North Dakota. 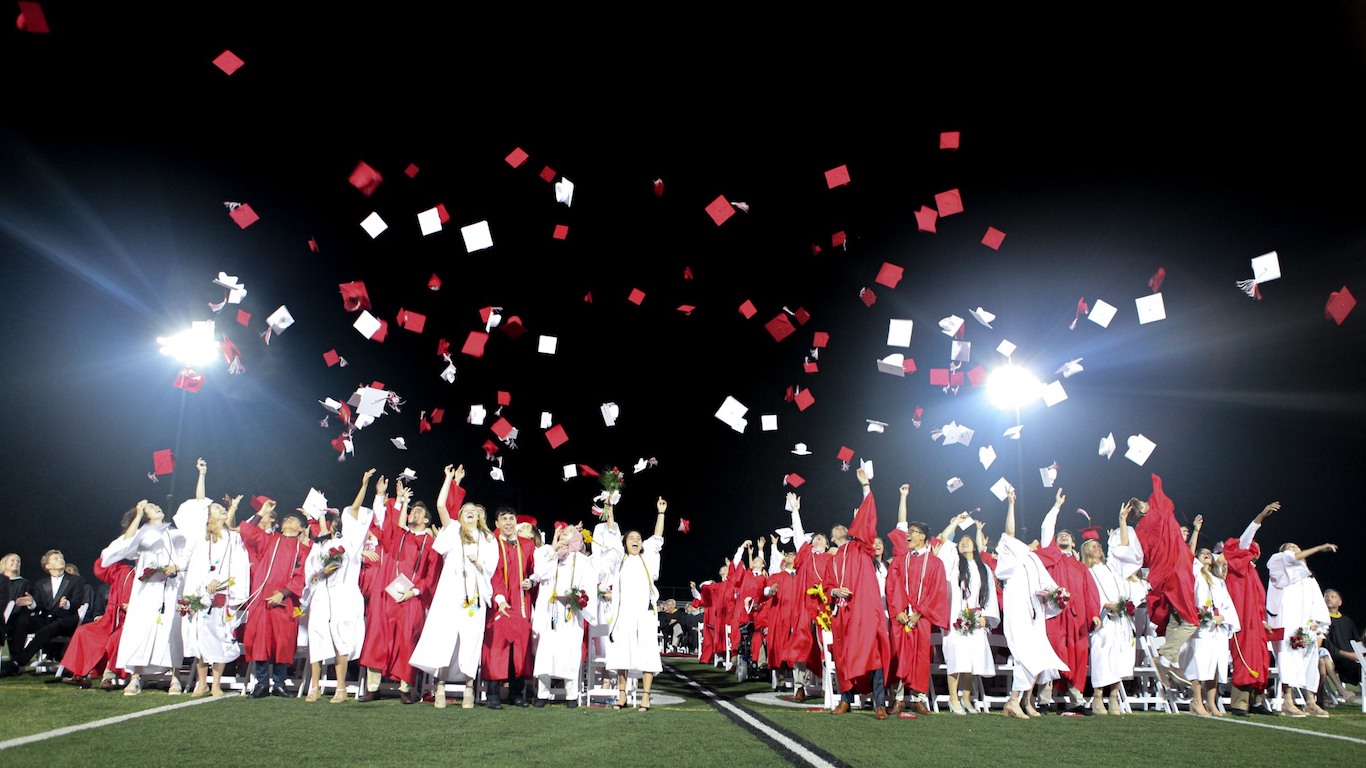 Ohio’s Indian Hill school district ranks as the best in the state based on our index of student opportunity for success. The district has one of the lower child poverty rates in the country as well as one of the higher high school graduation rates. More than three out of every four district adults have at least a bachelor’s degree, one of 50 districts nationwide where that is the case.