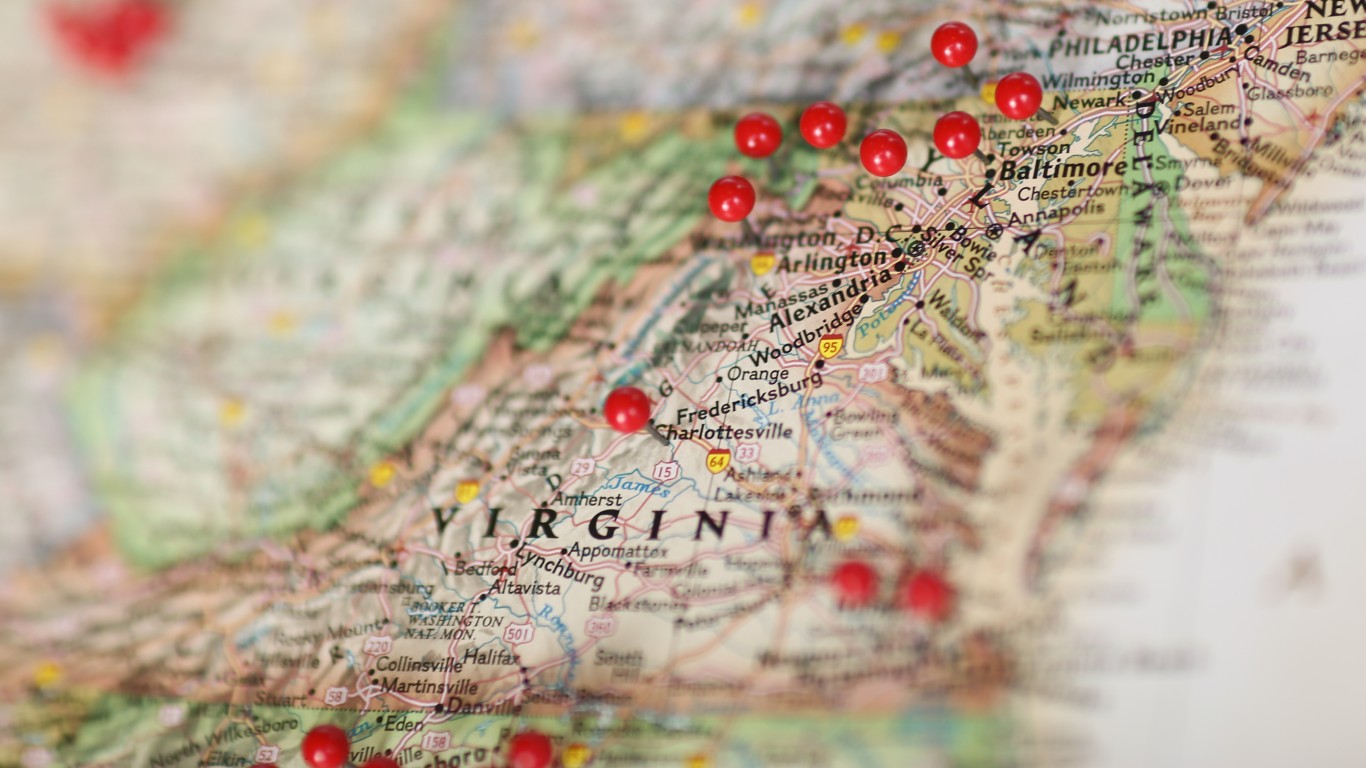 Virginia was the first colony settled by the English in 1607, and since that time, its size has changed. In 1792, nine counties called the Kentucky District of Virginia broke away from Virginia and became their own state. In 1863, the western counties of Virginia split to become the state of West Virginia. The Potomac River divides Virginia and Maryland. The borders between the two were determined in colonial times by various charters, agreements, and several Supreme Court rulings. Virginia also has territory on the southern part of the Delmarva peninsula because of aggressive claims by Surveyor General of Virginia Edmund Scarborough in the late 17th century. The Virginia-North Carolina border was delineated in 1665 as the 36° 30″ parallel of latitude and was resolved in two major joint survey efforts in 1728 and 1749. The Atlantic Ocean is to the east of Virginia. 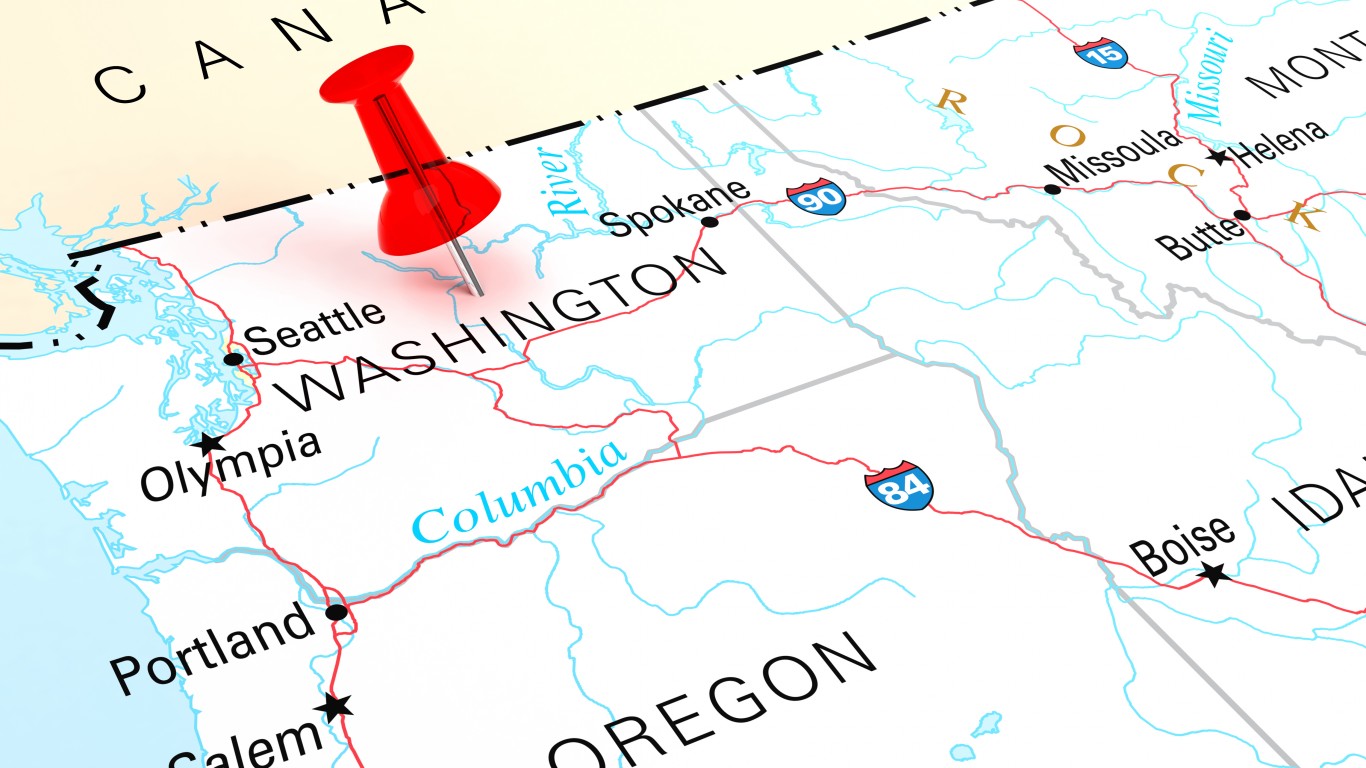 Sitting at the northwestern tip of the contiguous U.S., Washington’s northern border with Canada and western boundary with the Pacific Ocean were in place well before it became a state. The area that is now Washington joined America as part of the Oregon Territory in 1848.

In just a few years, people in the northern part of the Oregon Territory felt neglected by their legislators, and in 1853, Congress allowed for the creation of the Washington Territory, which includes present-day Washington, Idaho’s panhandle, and part of western Montana. Washington was reshaped to its current borders in 1863, when the Idaho Territory was established, though it would have to wait more than 25 more years as a territory before gaining statehood.

ALSO READ: The Most Important Moments of the Civil Rights Movement 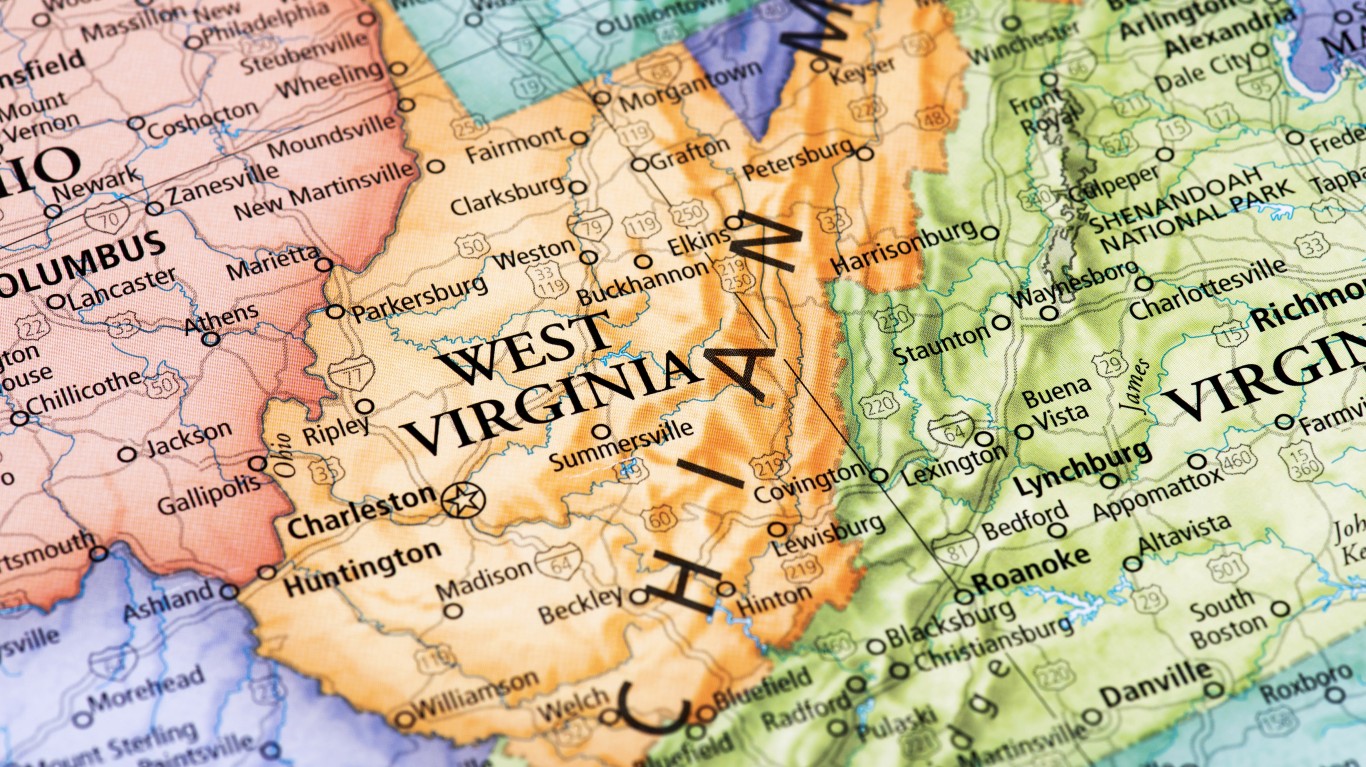 In 1863, the western counties of Virginia split to become the state of West Virginia. The state’s eastern border runs along the Mason-Dixon Line. The state has two panhandles. The Northern Panhandle was formed by the Ohio River along West Virginia’s western border. The southern section of the Eastern Panhandle was created after West Virginia separated from Virginia. To the north, the Potomac River and the North Branch of the Potomac River create a natural border. 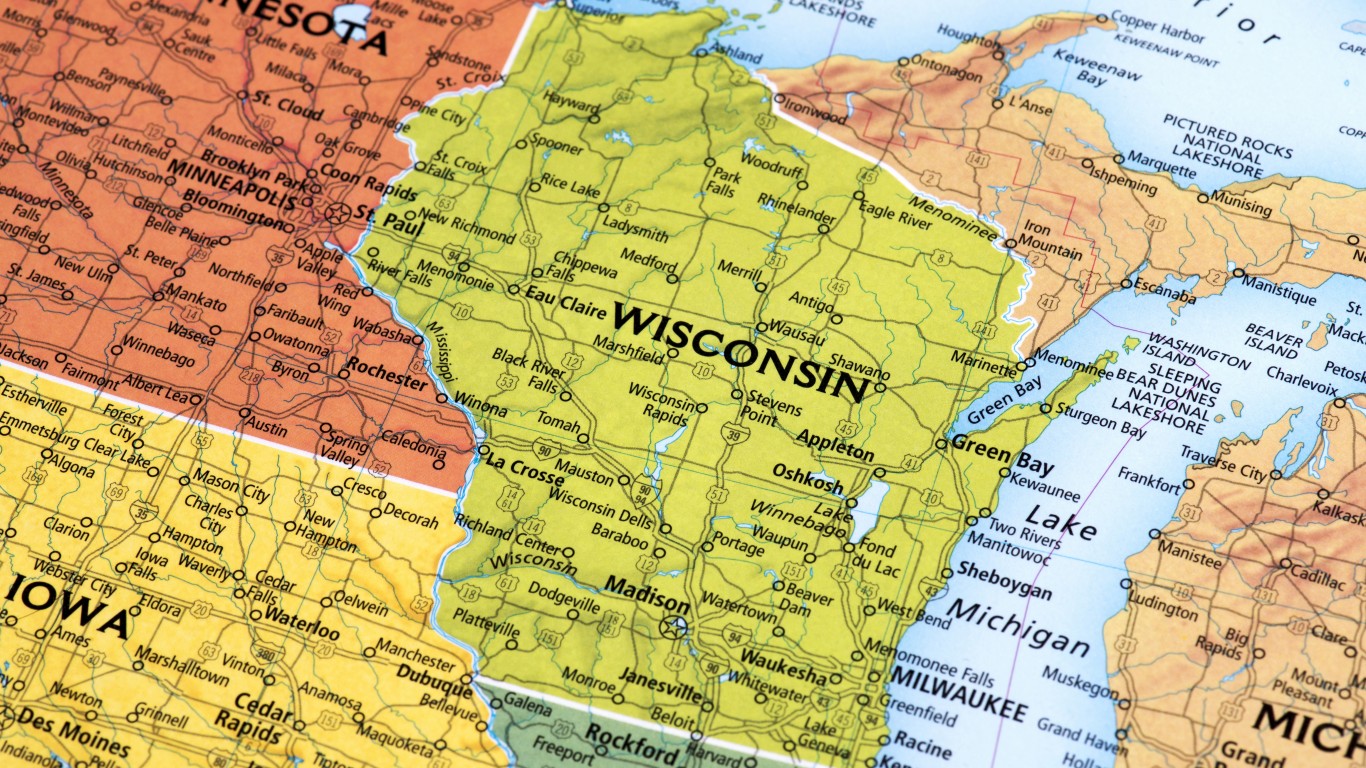 Wisconsin was included in the Louisiana Purchase of 1803 and it used to make up a vast landmass in the Midwest when it was called the Wisconsin Territory. That area included present-day states of Wisconsin, Minnesota, Iowa, and the eastern half of the Dakotas. The Upper Peninsula was part of the Wisconsin Territory, but the federal government took that away from Wisconsin in 1836 and gave it to Michigan to help resolve a dispute with Ohio. Chicago would have been in Wisconsin had not Illinois lobbied to move its border northward. The Mississippi River forms a section of Wisconsin’s western border, while Great Lakes Superior and Michigan border Wisconsin to the north and east, respectively. 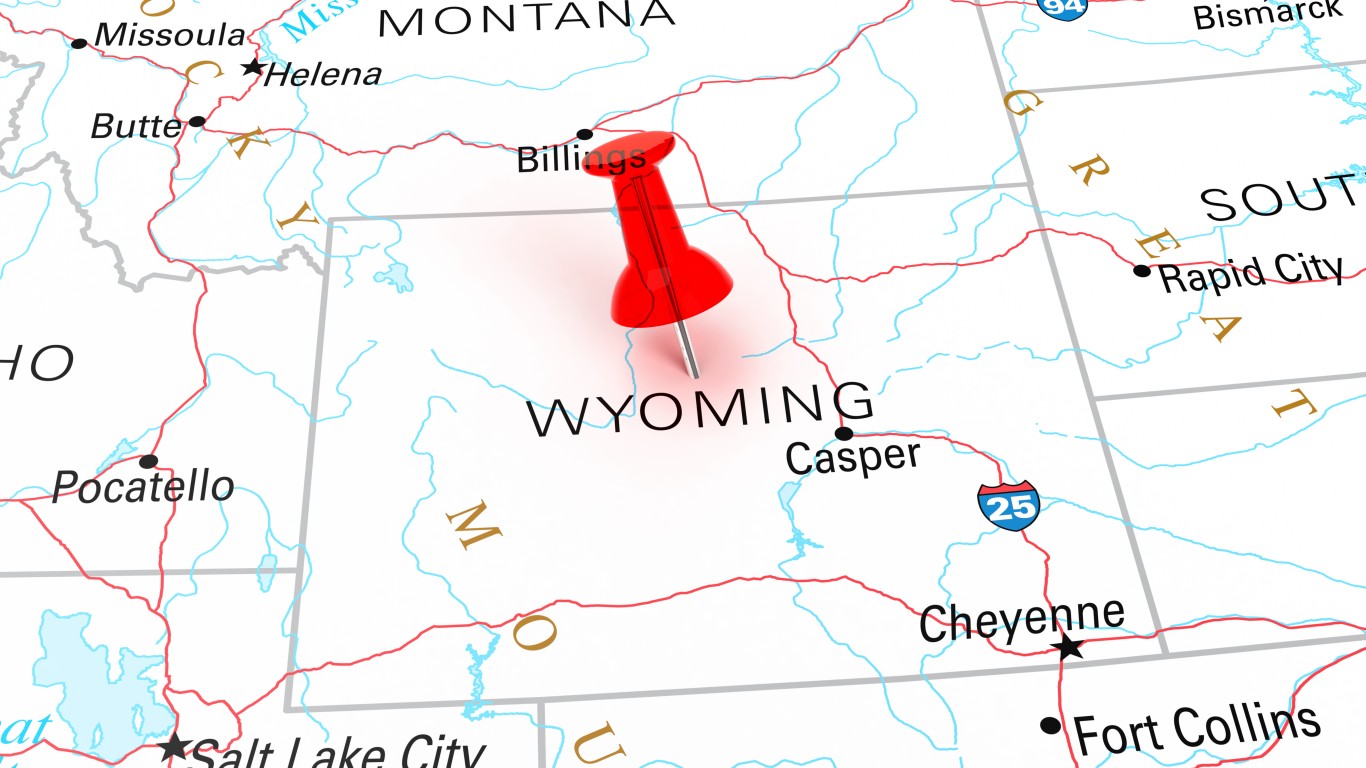 Unlike many territories that later became states, Wyoming’s shape never changed throughout its time as a territory. The rectangular state was made from parts of the Dakota, Idaho, and Utah territories and used longitudinal and latitudinal lines to mark its borders. The state’s borders run along the 104 and 111 degrees west longitude lines and 41 and 45 degrees north latitude lines.