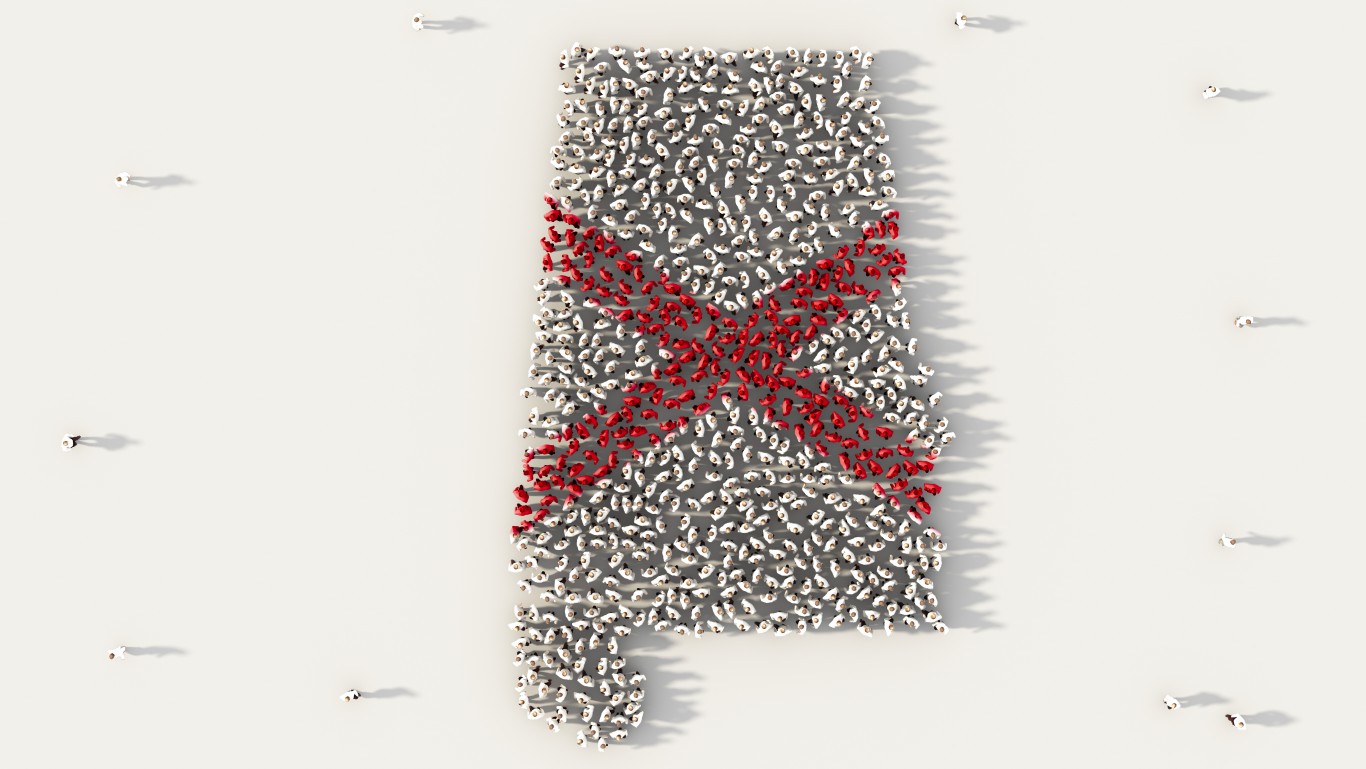 Alabama’s boundaries were created in colonial times. In March 1663, King Charles II of England created the Carolina colony out of the larger colony of Virginia and placed the southern limit of the new colony at the 31st parallel, now Alabama’s southern boundary with Florida. Georgia was created out of the Carolina colony, and Alabama would emerge from Georgia. Alabama got access to the Gulf of Mexico in 1804, the year after the Louisiana Purchase. That was when the U.S. announced that the area between the Mississippi River and the Perdido River in what was part of what had been called West Florida — and was owned by Spain — was claimed by the United States. That area that bordered the Gulf of Mexico would become part of southern Alabama. 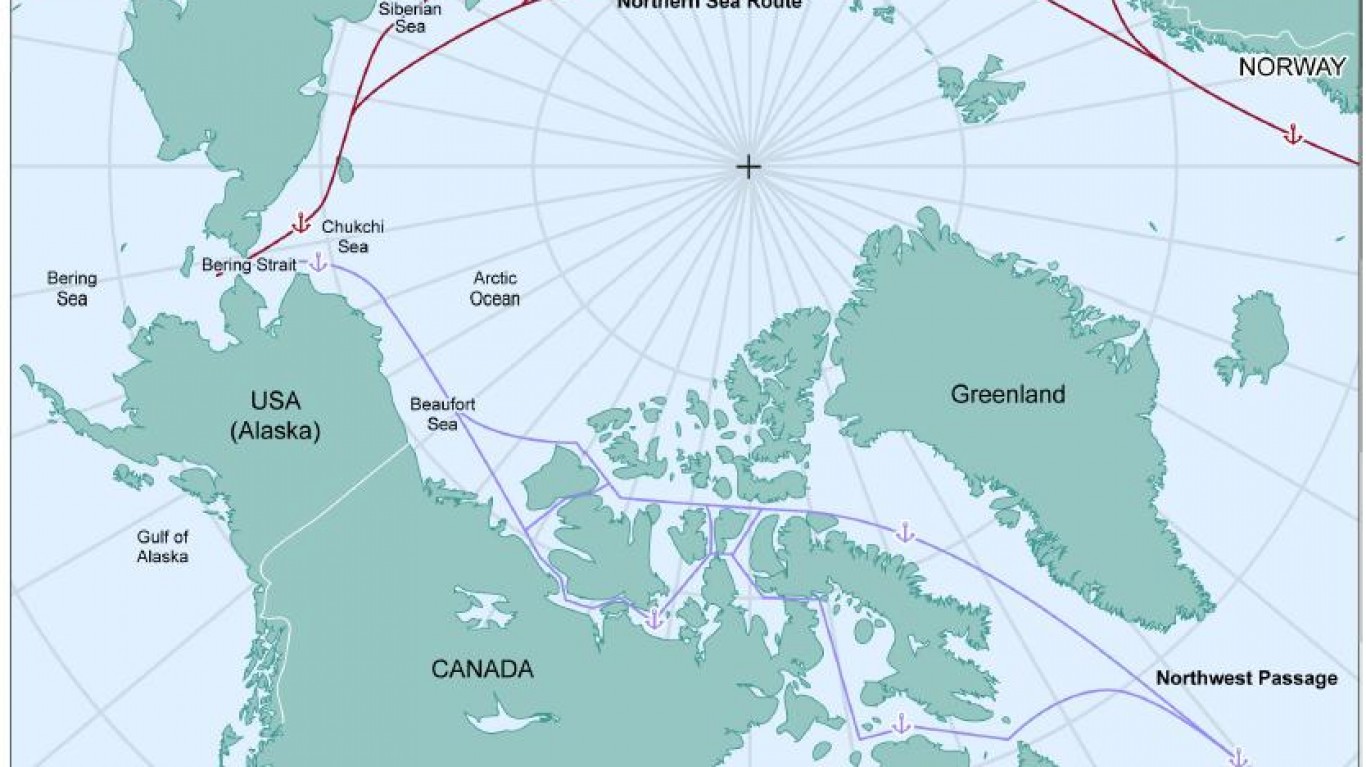 Alaska and Hawaii are the only two states that do not share a border with any other part of the U.S. Alaska is surrounded by the Arctic and Pacific oceans on its North, South, and West sides. Alaska’s 1,538-mile eastern border runs along Canada’s Yukon territory and British Columbia province. Russia sold Alaska to the U.S. in 1867. Russia and the British were engaged in a proto-Cold War at the time, and Russia decided to sell the territory that became Alaska to the U.S., which supported the Russian cause, instead of Canada, which was under British control at that time. The border between Alaska and Canada runs along the 141st Meridian. 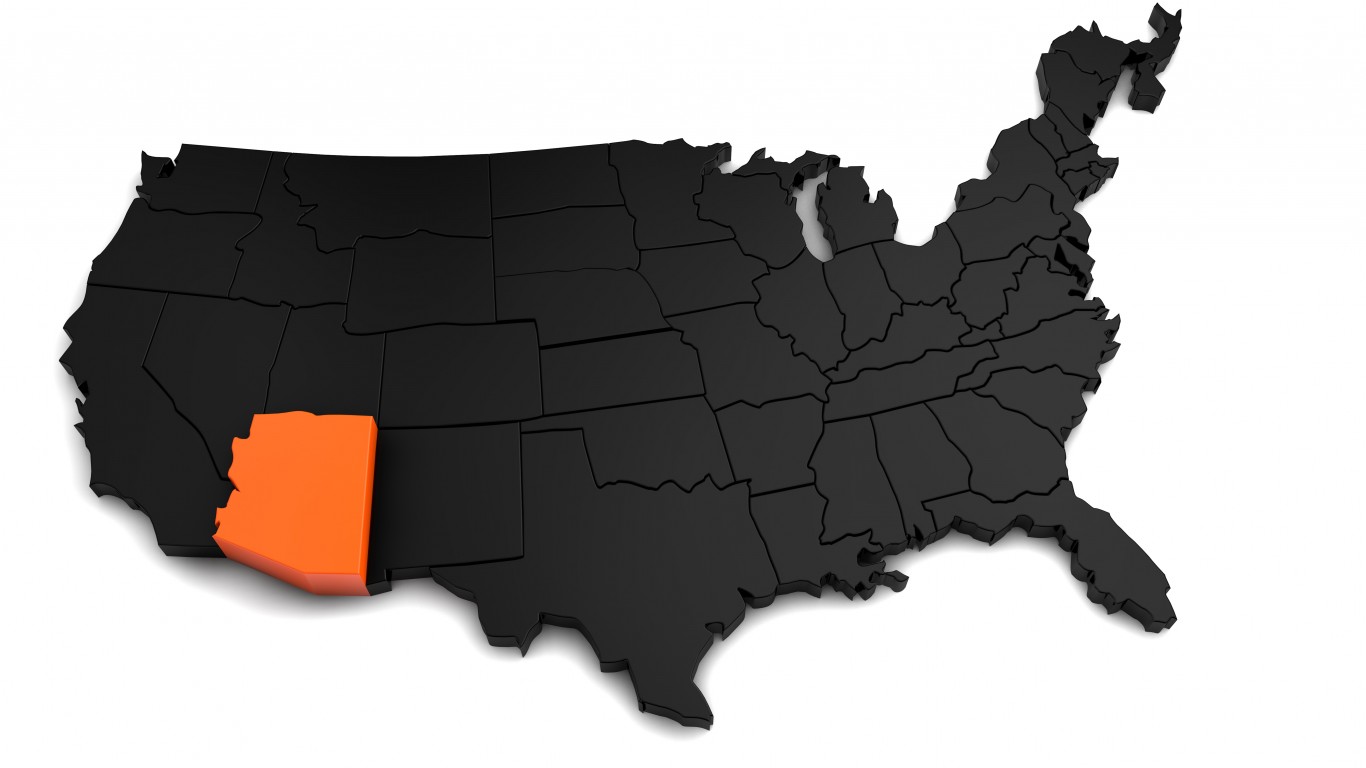 Arizona’s current shape came to be in 1863, nearly 50 years before the area became a state. Arizona and New Mexico were split into separate territories when President Abraham Lincoln signed the Arizona Organic Act during the Civil War as a way to outlaw slavery in the new western areas the U.S. controlled. Its western border is marked by the Colorado River and its southern border was determined a decade earlier by the 1853 Gadsden Purchase in which the U.S. purchased a vast swath of land from Mexico. 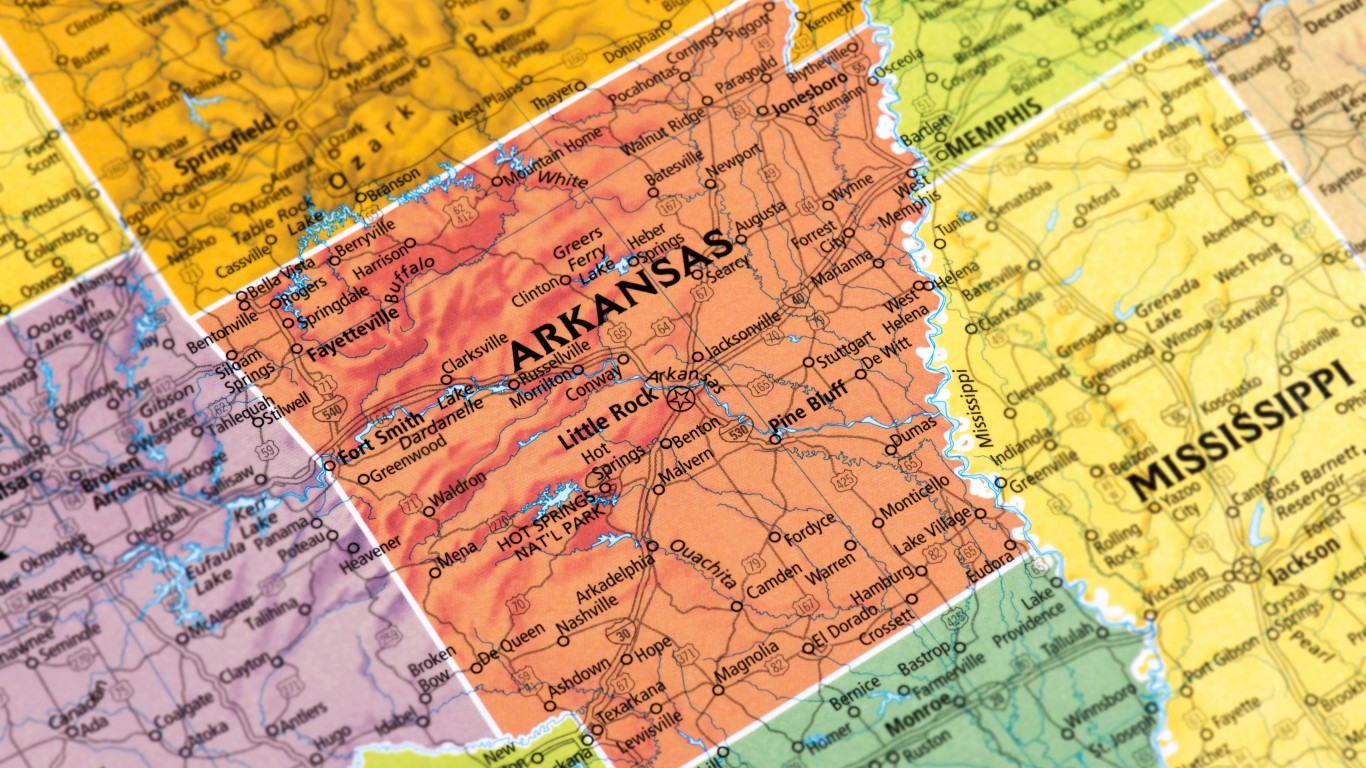 Arkansas borders Missouri to the north, Tennessee and Mississippi to the east, Louisiana to the south, and Texas and Oklahoma to the west. An act of Congress in 1819 created the state’s northern boundary along the 36 parallel from the Mississippi River to the St. Francis River, then up the river to create the Missouri bootheel. 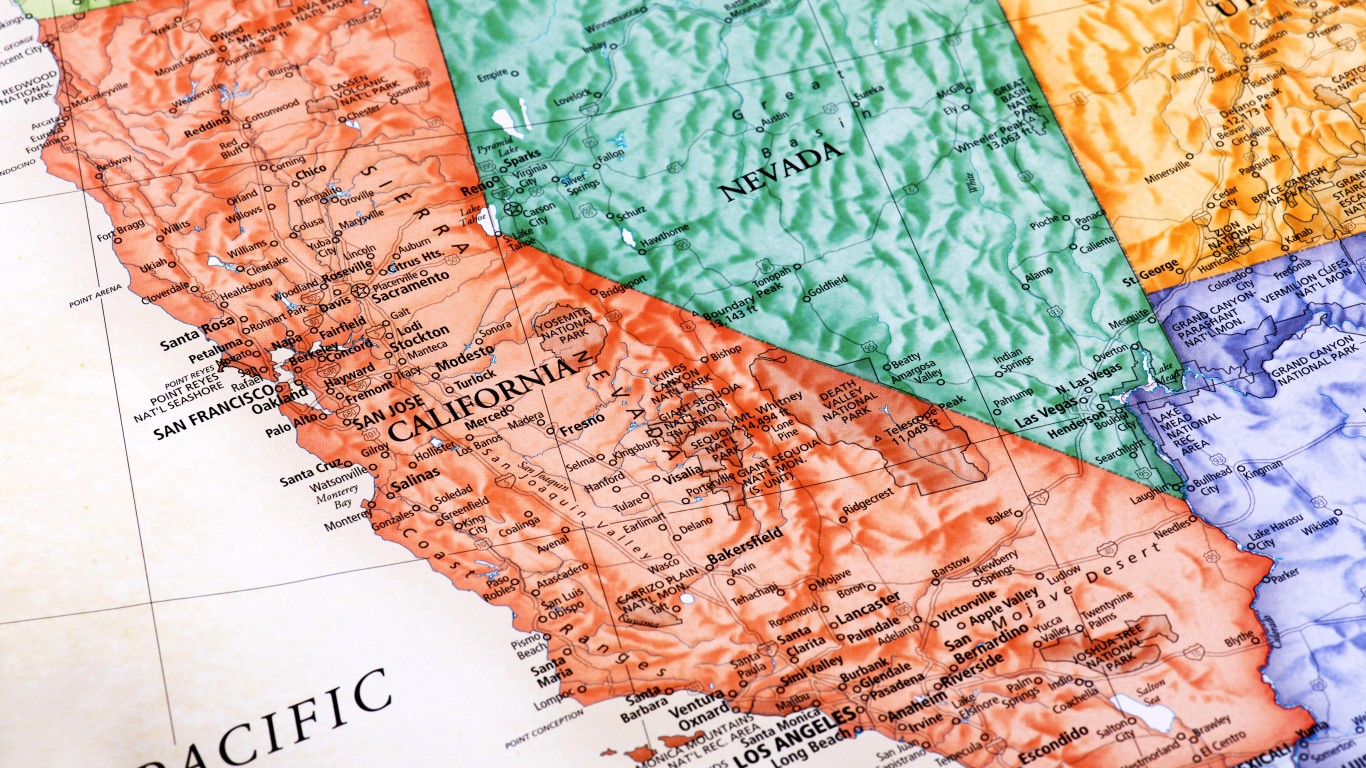 Aside from its western border, which is the Pacific Ocean, California set its northern border along the 42nd parallel and the southern border was settled by the Treaty of Guadalupe-Hidalgo with Mexico. There was some sentiment among Californians to set the eastern boundary east of Salt Lake City, but others believed the federal government would not allow a state of that size. The northeast corner of the state was determined as where the 42nd parallel meets the 120th meridian, which includes the Sierra Mountains. California also could not extend eastward because Mormon settlers were already looking to establish their own territory.