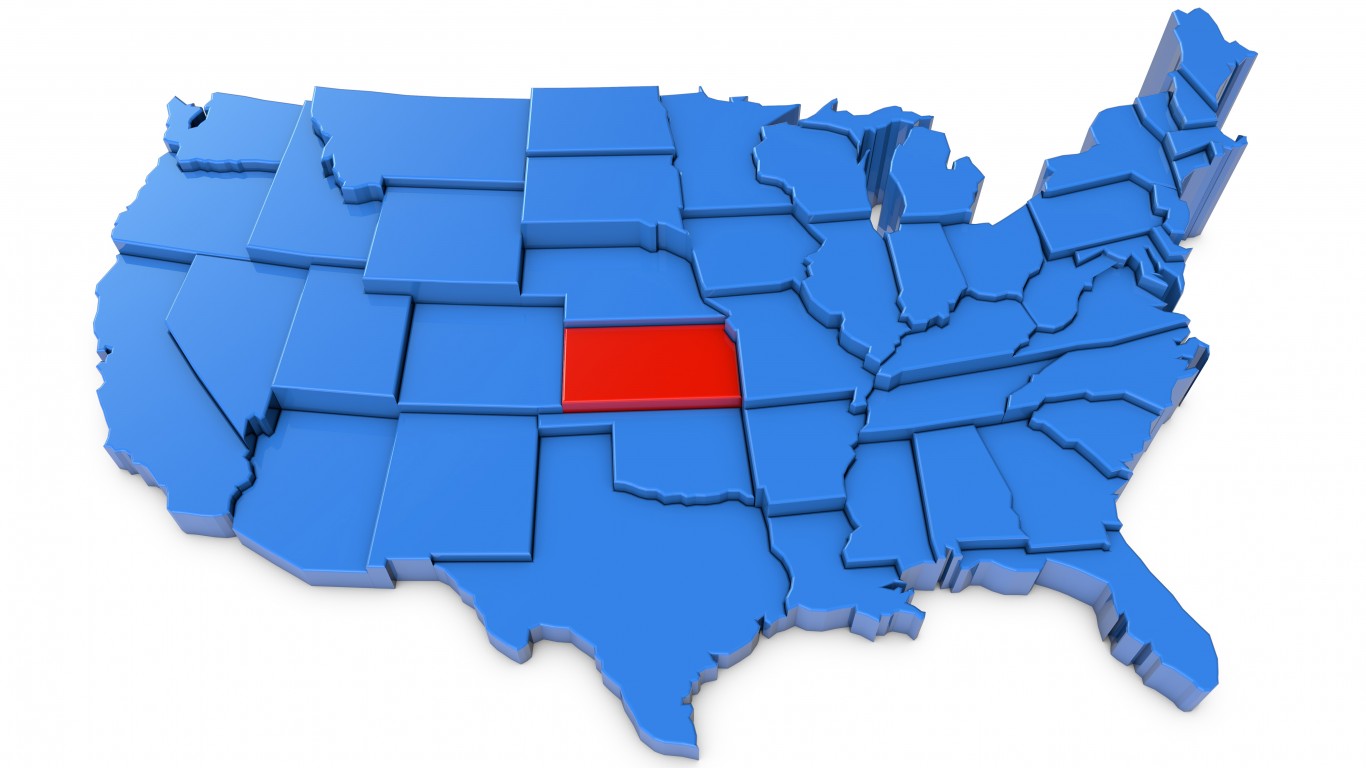 Kansas might have been much bigger than its current size had the proposed larger territory gotten congressional approval. Its western boundary would have extended to the Rocky Mountains in the middle of what is now Colorado, and the northern boundary would be set at the Platte River. The battle between “Big Kansas” and “Little Kansas” supporters was eventually decided in “Little Kansas” favor as a result of the Wyandotte Constitution, which created the state of Kansas. 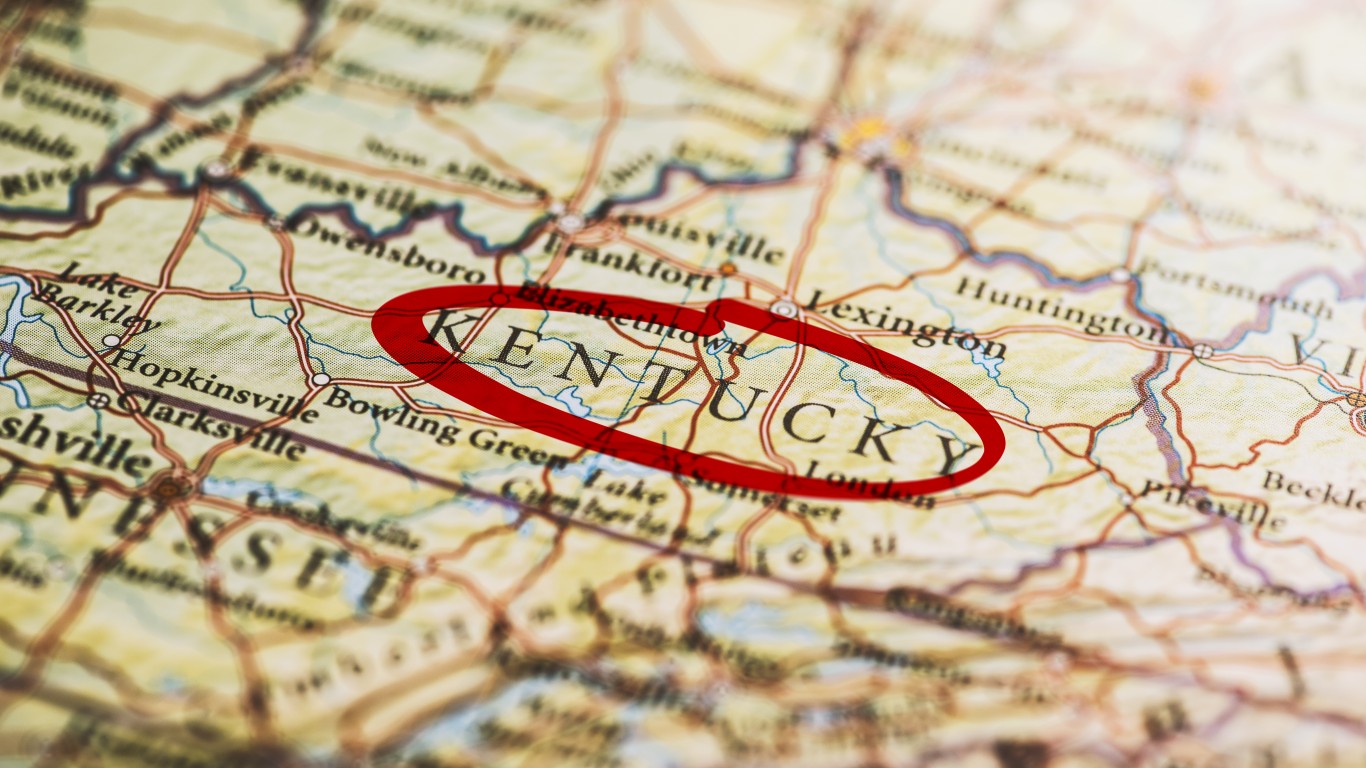 Kentucky broke away from Virginia in 1792 and became the 15th state in the Union. The original border between Virginia and North Carolina was set by the British in the colonial era at 36’30” north latitude and extended to the Mississippi River. However, subsequent surveying teams placed the boundary north by as many as 12 miles. This led to disputes between the two states that were resolved in 1820.

A funky part of Kentucky’s geography is The “Kentucky Bend.” Also called “New Madrid Bend,” it is part of Kentucky encircled on the north, east, and west by the Mississippi River, with the southern part bordering Tennessee. These 30 square miles of Kentucky were cut off from the rest of the state because of surveyor errors and earthquakes that shifted the river. 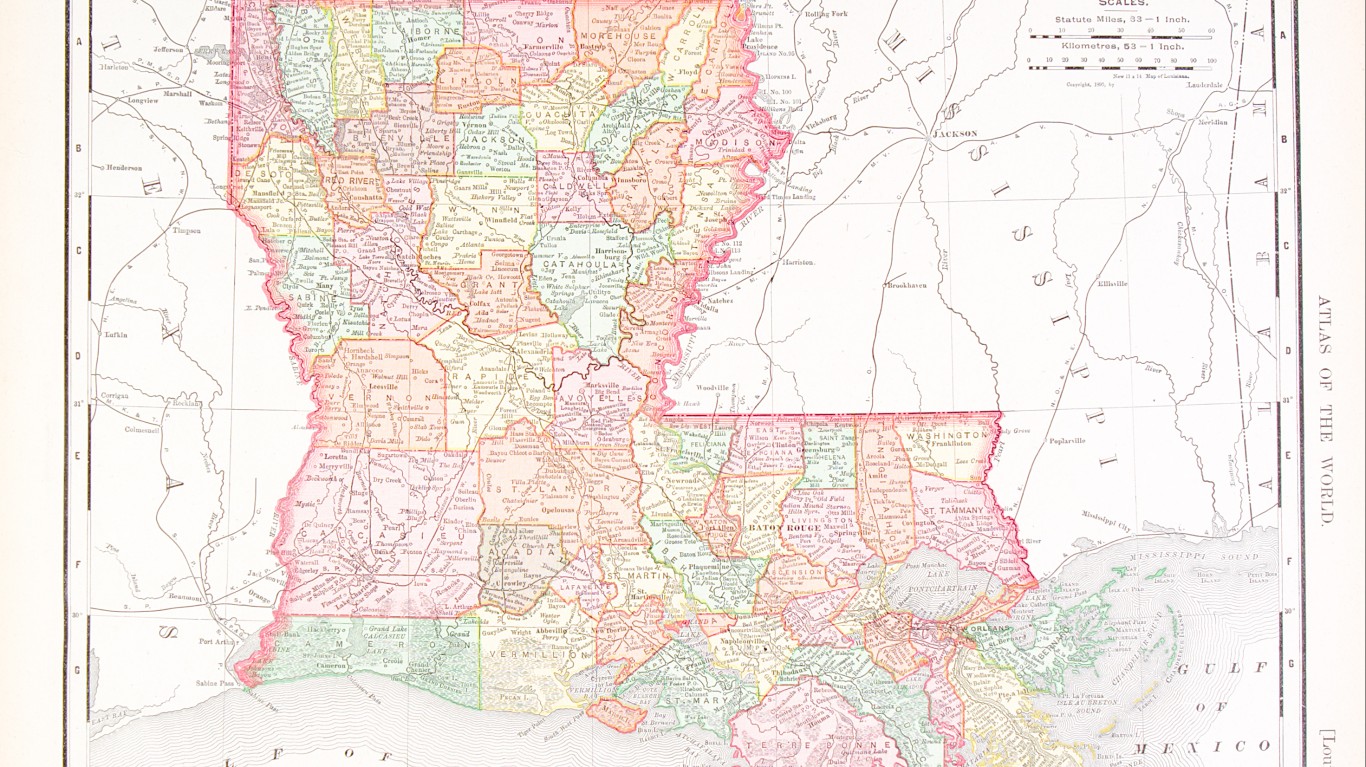 Louisiana became part of the U.S. as the result of the Louisiana Purchase in 1803. At the time, its territory spanned from the Gulf of Mexico to part of present-day Canada and from the Mississippi River to the Rocky Mountains. The River Sabine was set as the western boundary between Louisiana and Texas as outlined in the Louisiana Constitution of 1812. The Mississippi River forms Louisiana’s eastern border with Mississippi. The northern border with Arkansas starts at 33 degrees north latitude and the south borders the Gulf of Mexico. 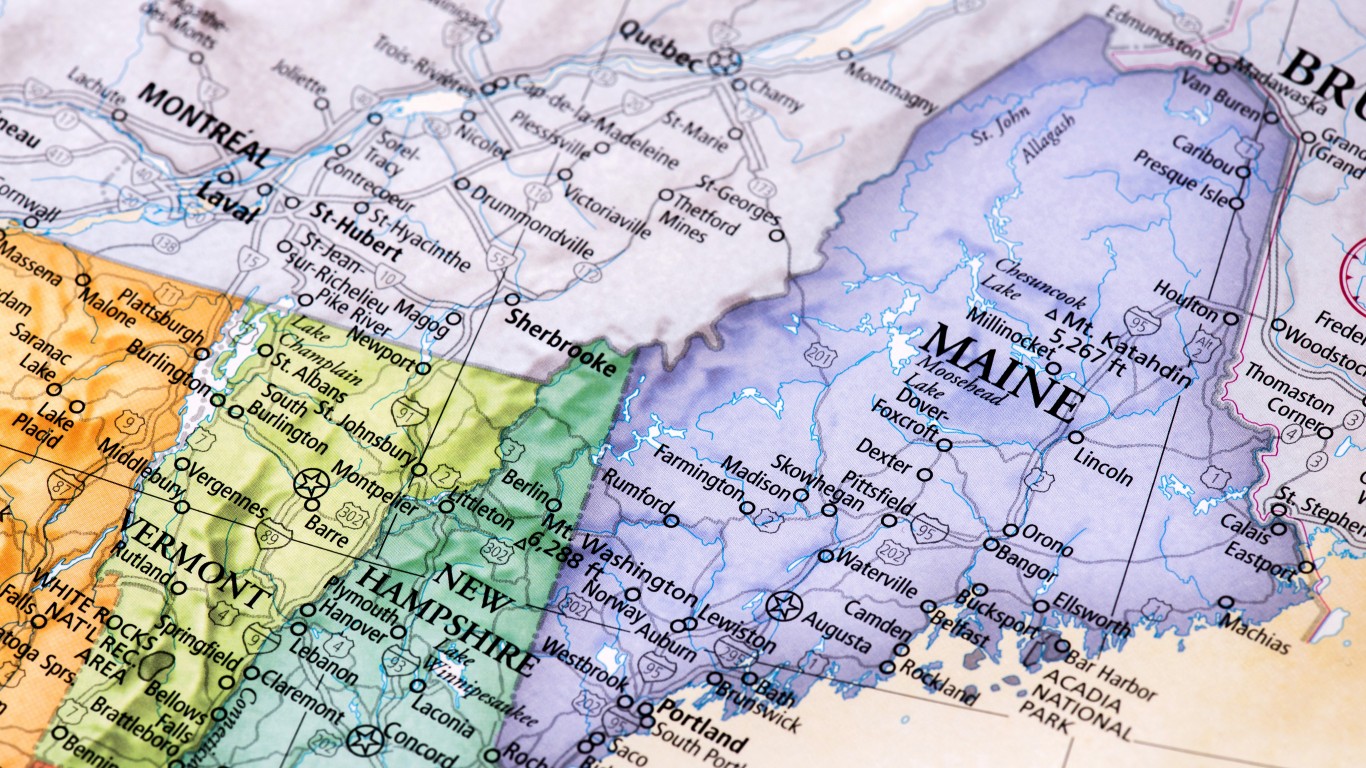 Maine was split off from Massachusetts and admitted as a state in 1820 to offset the admission of slaveholding Missouri. Its border with Canada was heavily disputed for decades. The border was not well-defined in the treaty that ended the Revolutionary War, so the U.S. and the British compromised on the state’s current boundary in 1842.

With most of its border running along Canada or the Atlantic Ocean, Maine’s only American neighbor is New Hampshire. Though a 1740 decree from King George II supposedly set the border between them in the middle of the Piscataqua River, New Hampshire claimed that all of Portsmouth Harbor belonged to it and not Maine, forcing the Supreme Court to settle the dispute in 2001 in Maine’s favor. 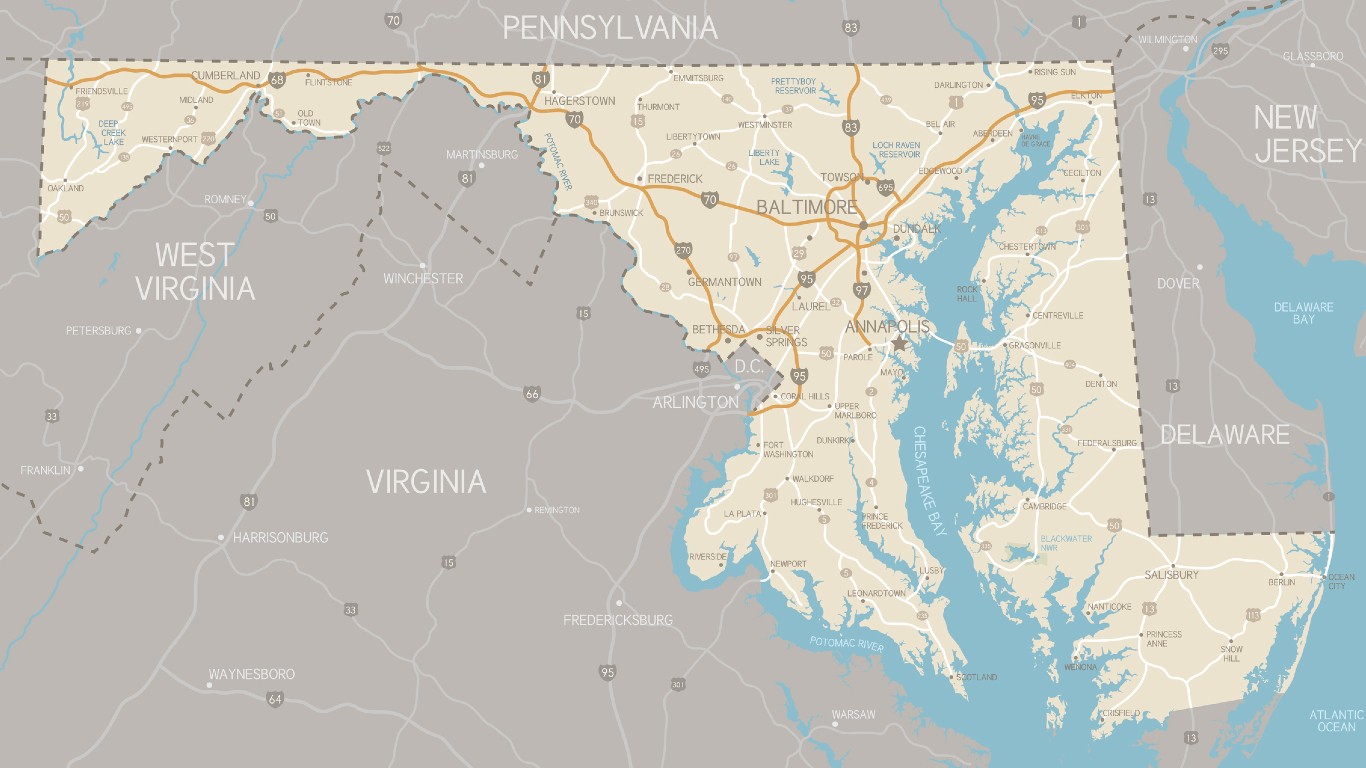 Maryland has one of the most unusual shapes of any state. Though the state is small, it stretches 352 miles from Ocean City on the Atlantic Ocean to the Appalachian Mountains. A unique feature is the state’s panhandle, which in some parts is 1 mile wide, separating Pennsylvania from West Virginia. The Mason-Dixon line, drawn by English surveyors Charles Mason and Jeremiah Dixon, created the 233-mile boundary between Maryland and Pennsylvania. The Potomac River splits Virginia and Maryland. The borders of the two were determined in colonial times by various charters, agreements, and several Supreme Court rulings.