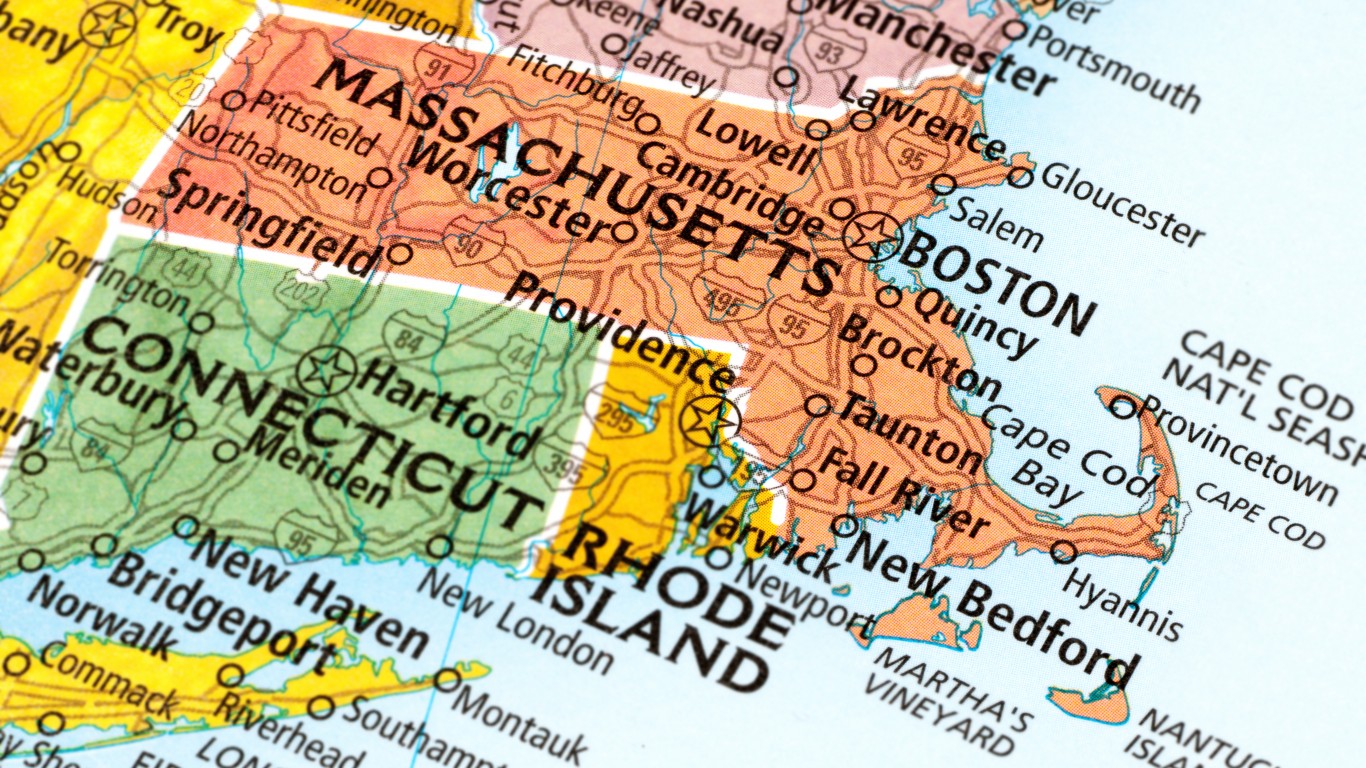 The boundary between Massachusetts and Rhode Island is a part of the original delineation of the territory granted to Sir Henry Roswell during the reign of King Charles I in the late 17th century. It has been a source of dispute for more than 200 years and has gone to the Supreme Court twice. Massachusetts’ current northern boundary with New Hampshire was surveyed in 1741. The state’s border with Connecticut was set by a joint commission authorized by acts passed by both states in 1905. The state’s present boundary with New York was approved by Massachusetts in 1901 and New York nine years later. 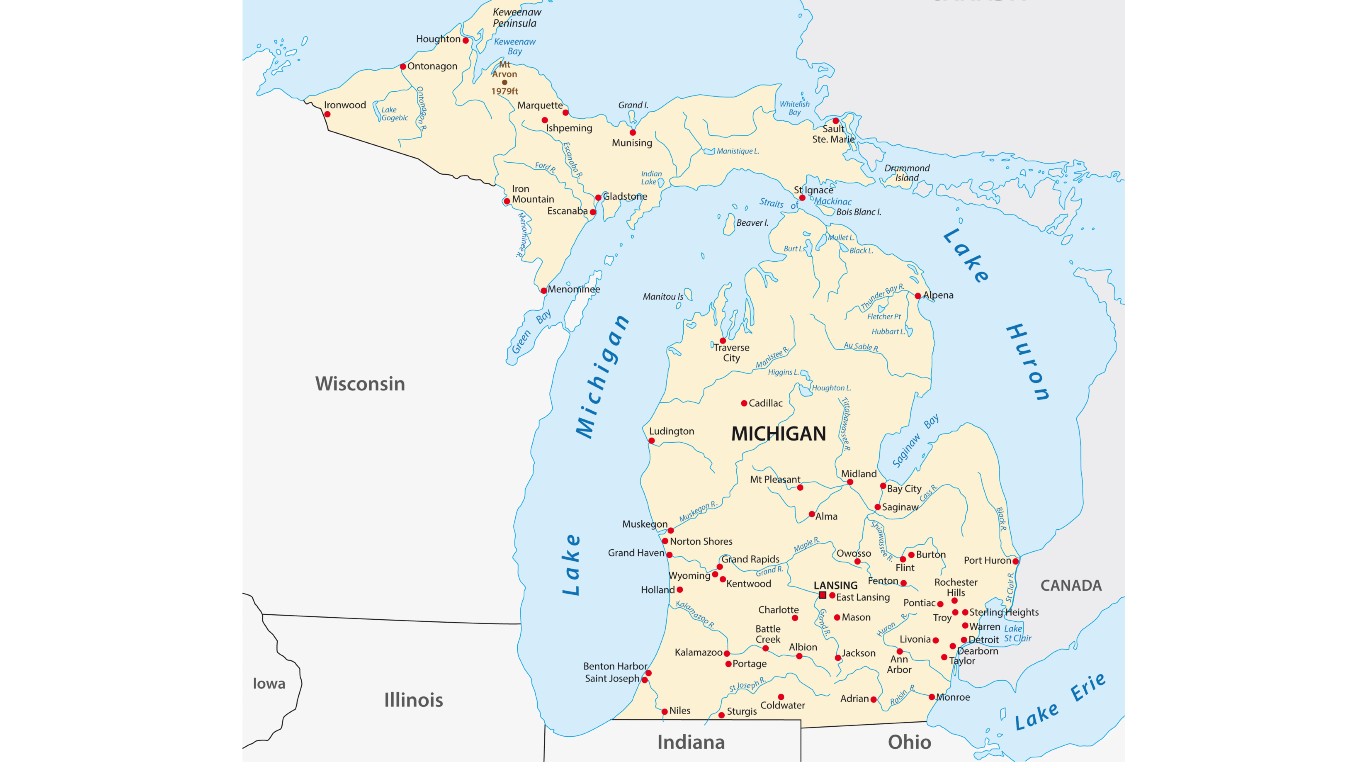 Michigan joined the United States as part of the larger territory America gained from Great Britain after the American Revolution. Eventually Congress created the Indiana Territory, of which Michigan became a part, and then it became its own territory in 1805. Before it became a state, Michigan’s legal boundary was established in an 1836 Act.

Since then, Michigan has been involved in boundary disputes with Minnesota, Wisconsin, and Ohio but gained territory from Canada. Among the most notable disputes was a clash with Ohio in the 1830s over the Toledo Strip. Michigan hoped to gain Toledo and get access to Lake Erie. The federal government ruled in favor of Ohio. As part of the settlement, Michigan received the western portion of the Upper Peninsula, which had been part of Wisconsin Territory.

ALSO READ: States With the Most Tornadoes 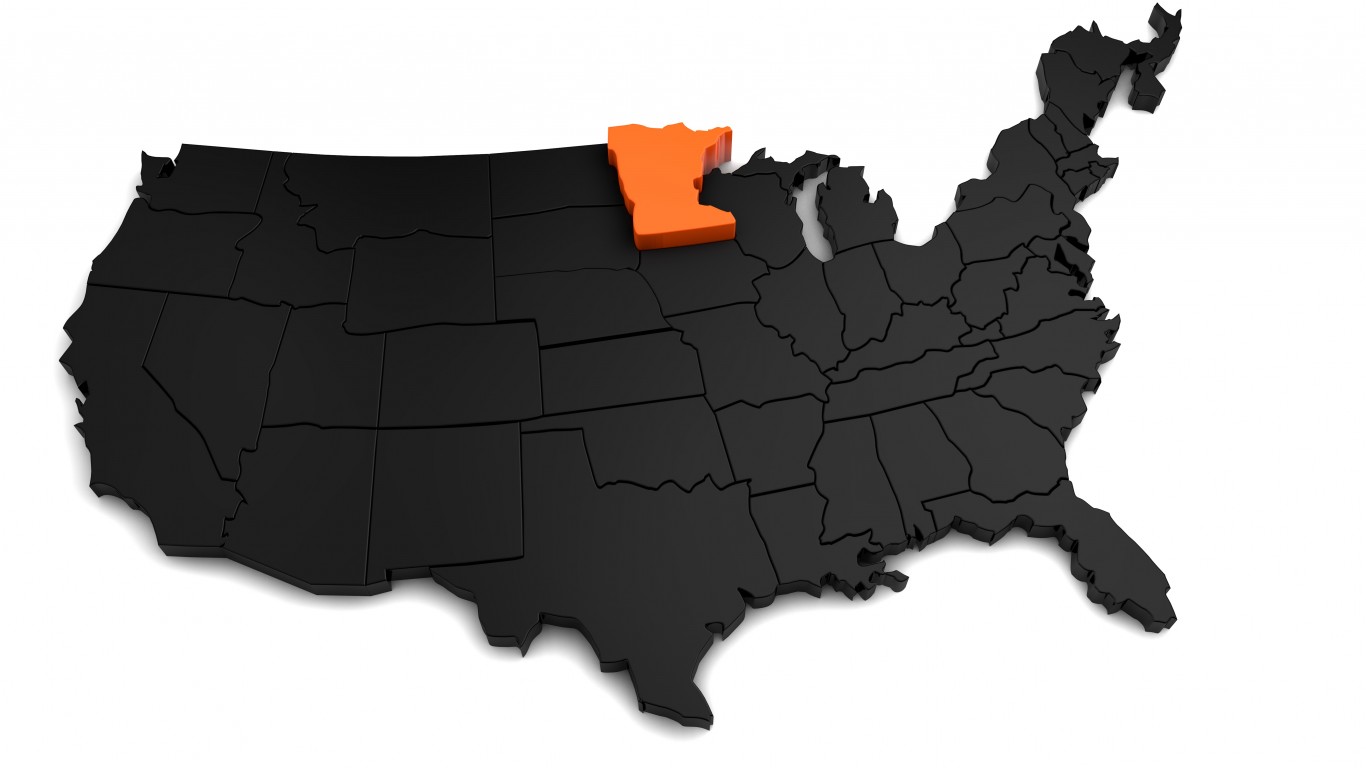 Minnesota’s first boundary was formed before it was even a territory, when the 1783 Treaty of Paris established the border between the U.S. and Canada. The state’s southern border was determined by the northern border of Iowa, which was decided in 1846, over a decade before Minnesota’s statehood.

The state’s eastern border runs along the Mississippi River, while the northern section of the western partition runs along the Red River. Where the river splits to form the Minnesota River, the boundary begins to run due south to the border with Iowa. 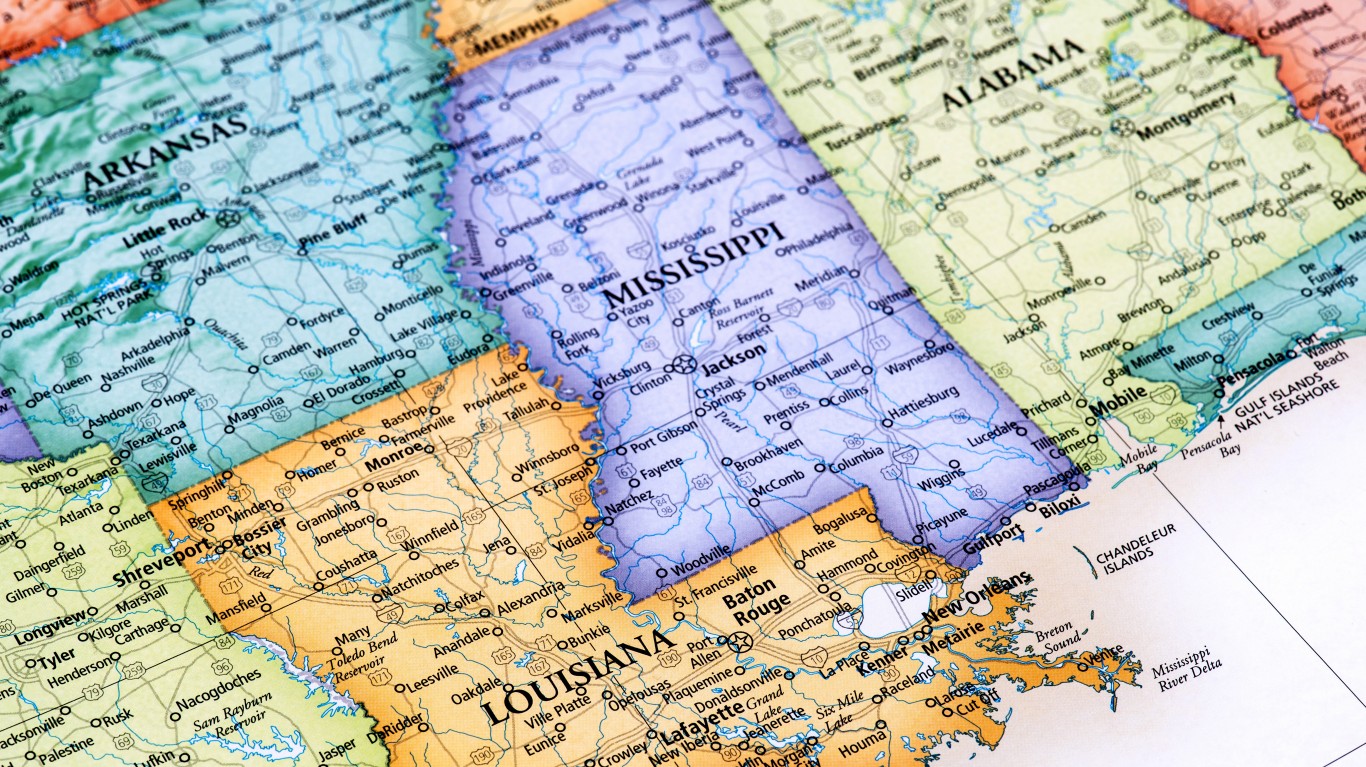 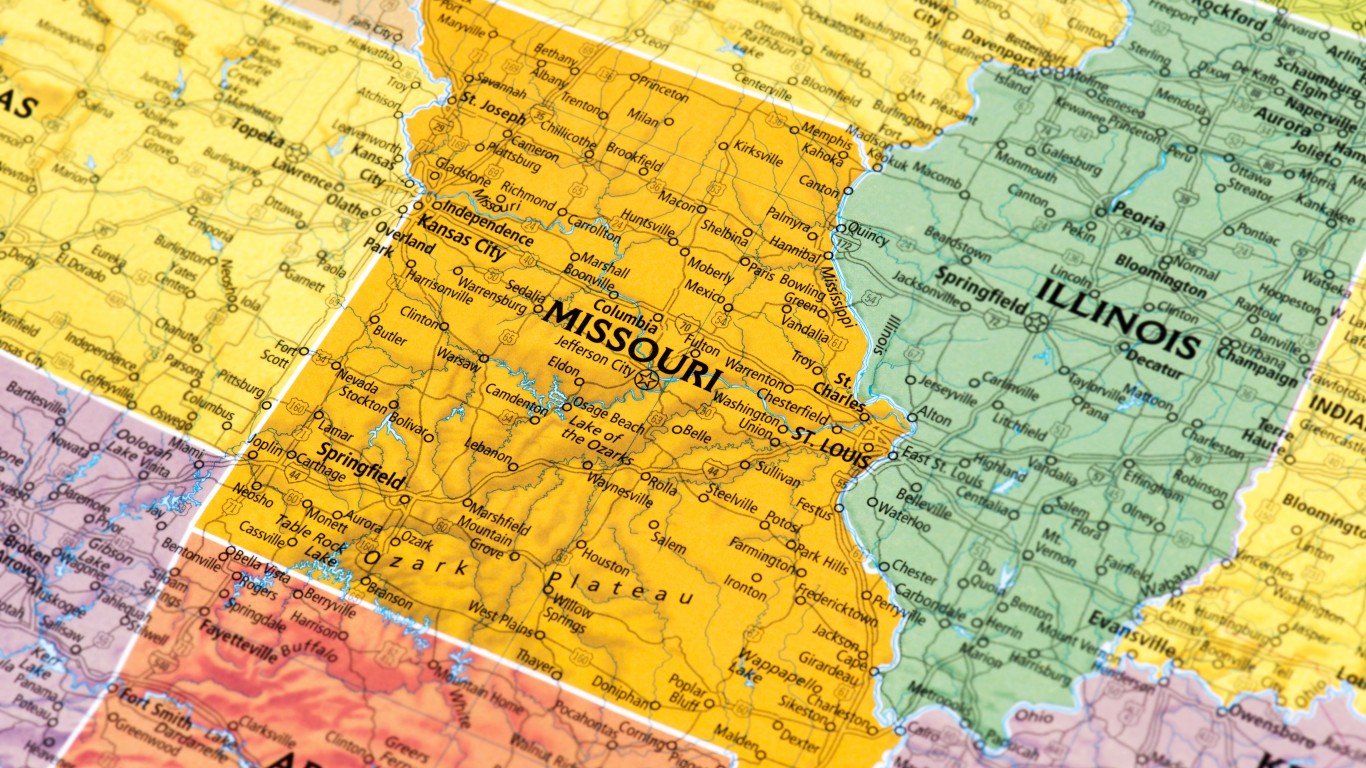 Missouri became part of the United States as part of the Louisiana Purchase in 1803. The state borders eight states, and its current shape is the result of treaties, wars, and a Supreme Court ruling. The Mississippi River is Missouri’s eastern border. The state’s southern border is noted for the bootheel in the southeast, the result of lobbying by businessman John Hardeman Walker who wanted a small section of the border shifted farther south for commercial reasons and stay in the new state of Missouri and not in Arkansas Territory. Missouri’s western border was put at Fort Osage on the Missouri River as part of a treaty with Native Americans. The northern boundary was a subject of dispute with the Iowa Territory and was not resolved until 1849 by the Supreme Court.