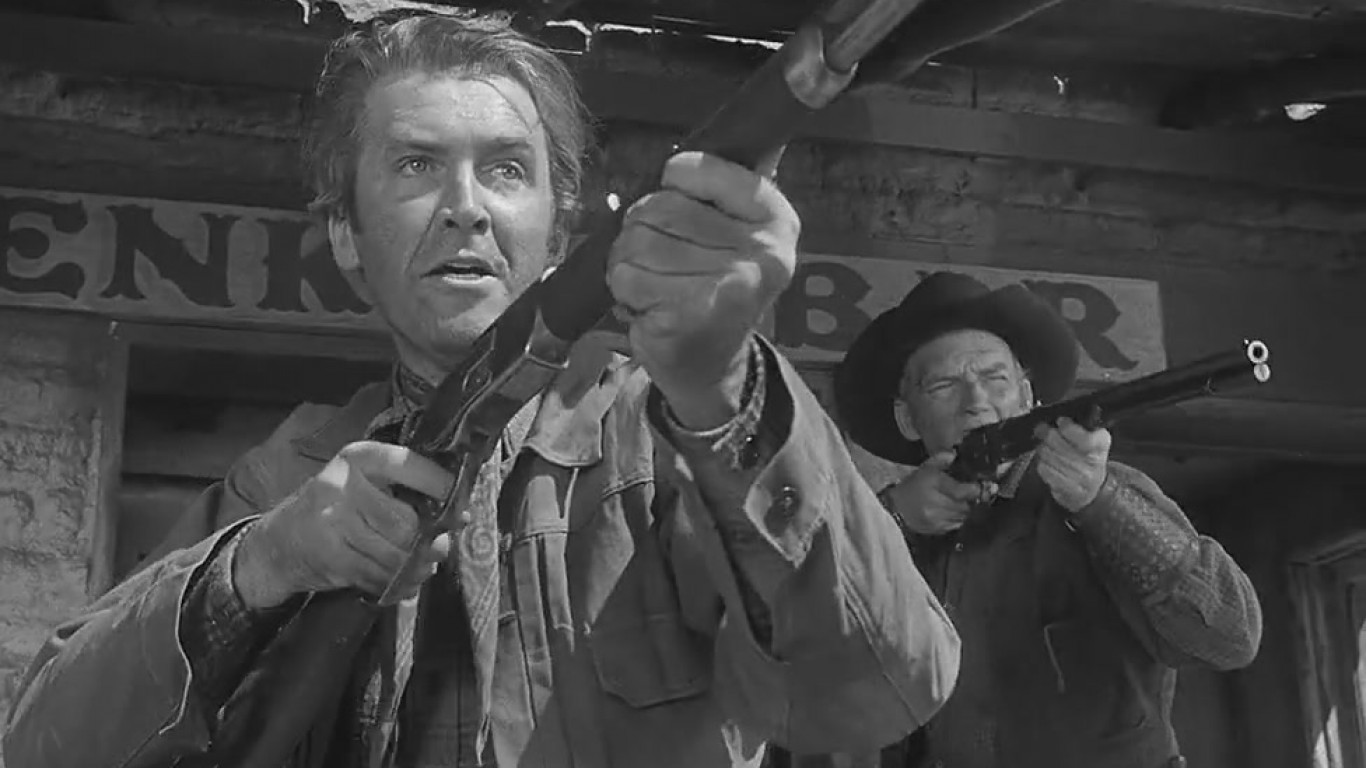 “Winchester `73” marked the first of several successful collaborations between James Stewart and director Anthony Mann (“Bend of the River” (1952) and “The Far Country” (1955)). Stewart stars as a sharpshooter in search of a rifle stolen from him after he won it in a contest. Martin Chilton of The Daily Telegraph (UK) said the movie “featured a more complex idea of the noble hero of the west — a man plagued by personal problems and violent impulses.” The film has a Freshness rating among Rotten Tomatoes critics of 100%, and a much lower 86% rating from audiences. 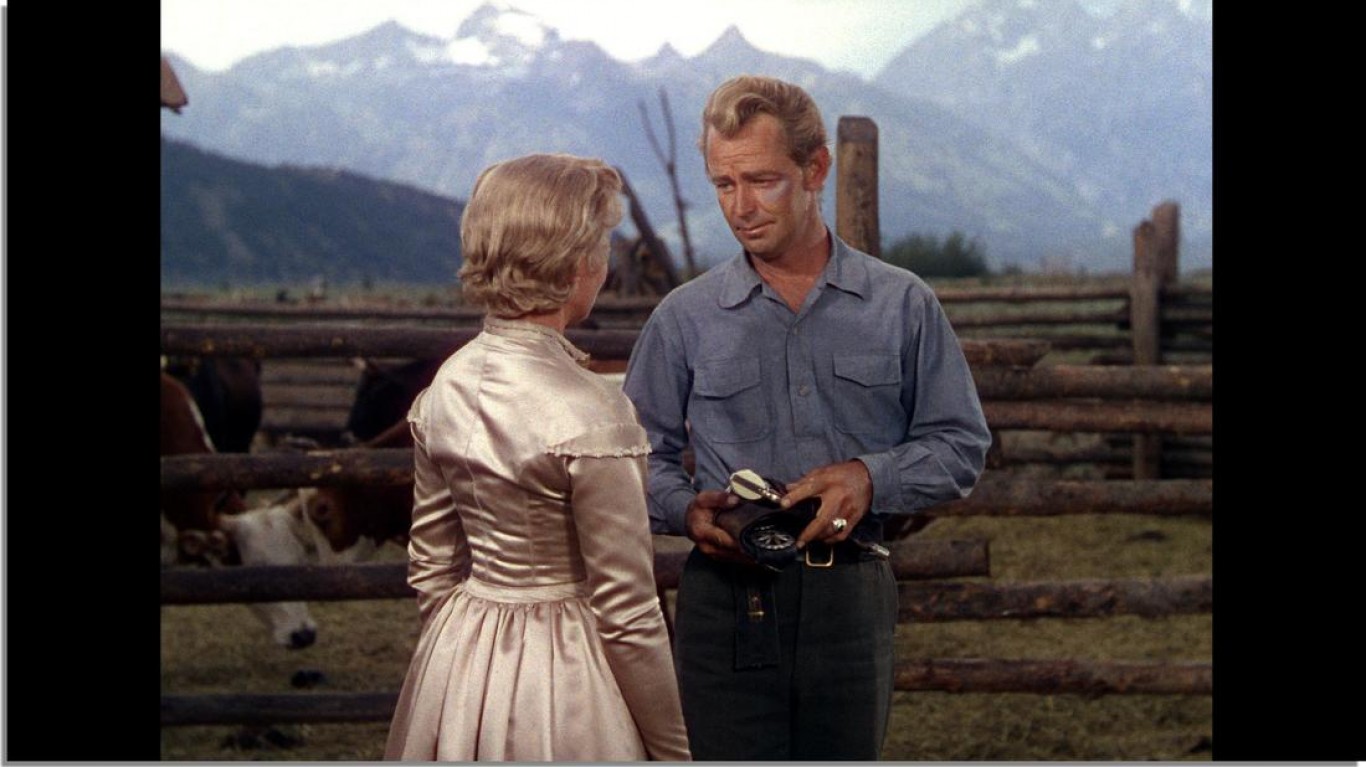 Alan Ladd stars in the titular role of the George Stevens-helmed classic that boasts a renowned cast including Jean Arthur, Van Heflin, Ben Johnson, Elisha Cook Jr., and Jack Palance. Ladd plays a mysterious gunfighter hoping to start a new life in Wyoming farm country and who becomes embroiled in a feud between farmers and ranchers. “Shane” holds a 97% Freshness rating among critics on Rotten Tomatoes, while just 81% of audiences liked the movie 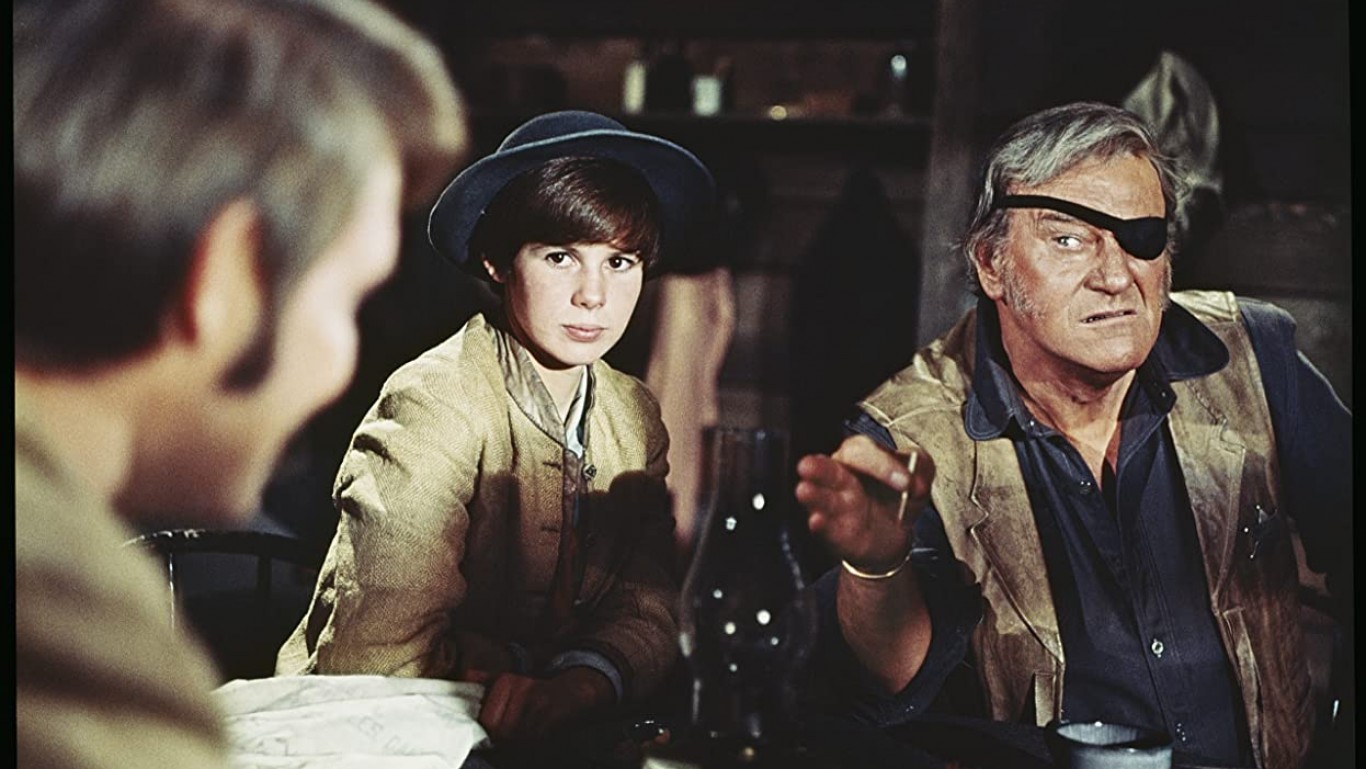 The original “True Grit” starred John Wayne in his Oscar-winning role as aging U.S. marshal Rooster Cogburn who is hired by a teenage girl to find the man who killed her father. Moira Walsh of America Magazine said the movie was “an undeniably vivid, exceedingly well directed (by veteran Henry Hathaway) frontier tale that ‘tells it like it was.'” The film holds a Freshness rating of 88% among Rotten Tomatoes critics, who liked it better than audiences who gave it a score of 84%. Robert Duvall and Dennis Hopper, who would become major stars in the 1970s, also appear in the film. 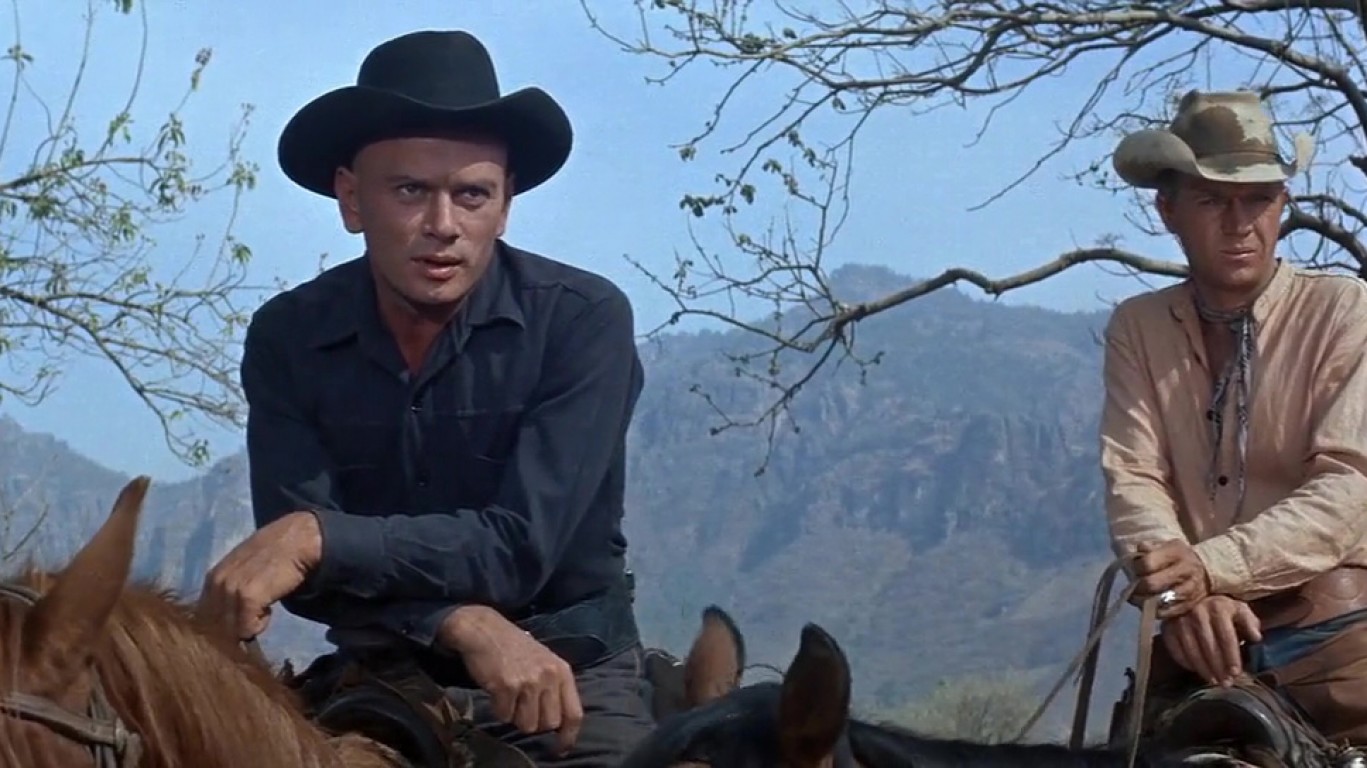 “The Magnificent Seven,” a Western based on Akira Kurosawa’s influential 1954 Japanese film “The Seven Samurai,” is about a Mexican village that hires seven gunfighters for protection from bandits. Kurosawa loved the film and even sent director John Sturges a ceremonial sword in appreciation. Tony Sloman of Radio Times said Sturges secured “a near-perfect cast for this enduringly popular Western.” The film has an 88% Freshness rating among Rotten Tomatoes critics, and an 87% among audiences. 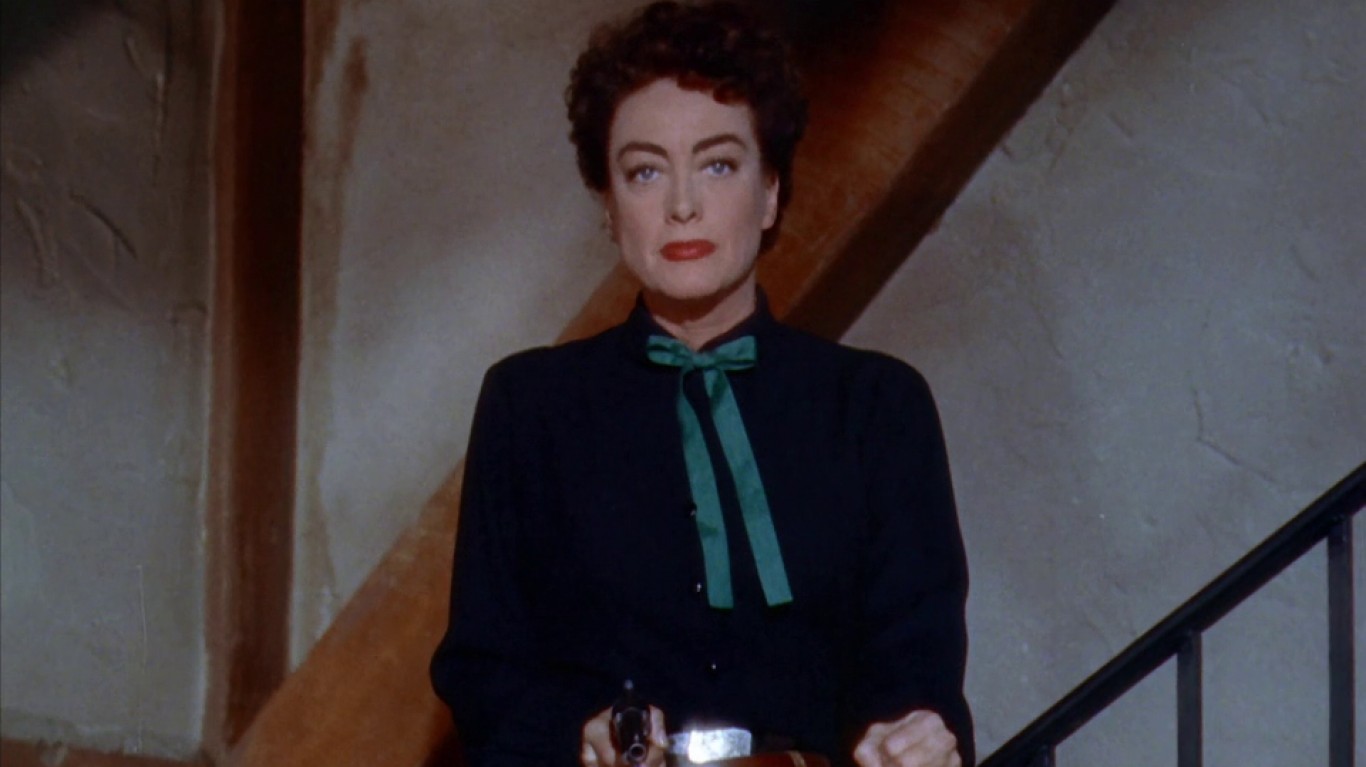 “Johnny Guitar” is director Nicholas Ray’s different take on the Western genre, with two women, Joan Crawford and Mercedes McCambridge, playing strong leads. Crawford is an iron-willed saloon owner falsely accused of murdering the brother of a rival (McCambridge). Sterling Hayden is Johnny Guitar, a former lover of Crawford, and her ally against McCambridge. Critics liked Ray’s flouting genre conventions, and Rotten Tomatoes critics gave the movie a 93% Freshness rating, and 85% of audiences liked the movie.