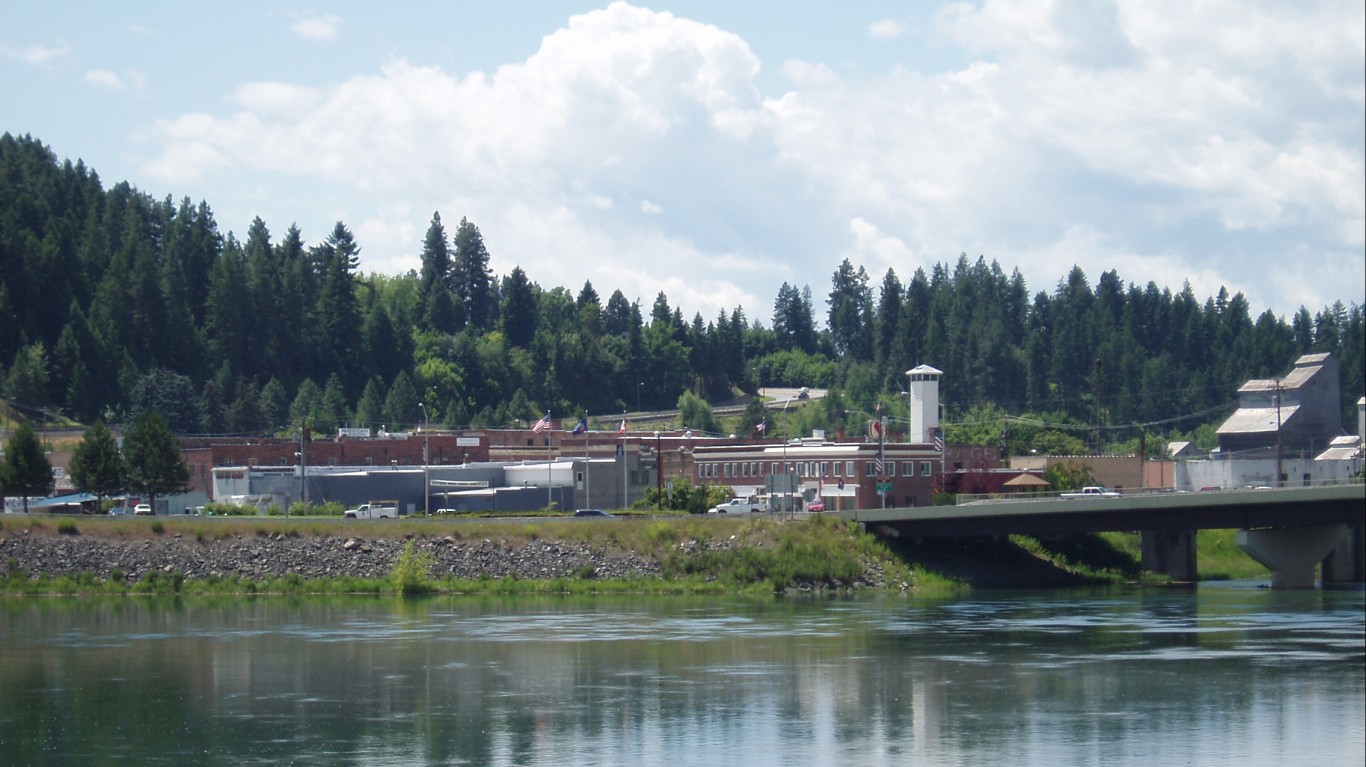 Bonners Ferry is a small city of about 2,500 people in northern Idaho. The poorest place in the state, Bonners Ferry has a median household income of just $31,619 — well below the median income across Idaho of $53,089. A lack of high-paying jobs may be pushing people out of Bonners Ferry. Over the last five years, the number of people living there fell by 21.1%. Meanwhile, Idaho’s population expanded by 6.6% over the same period, driven in part by rapid growth in wealthier cities like Boise and Meridian. 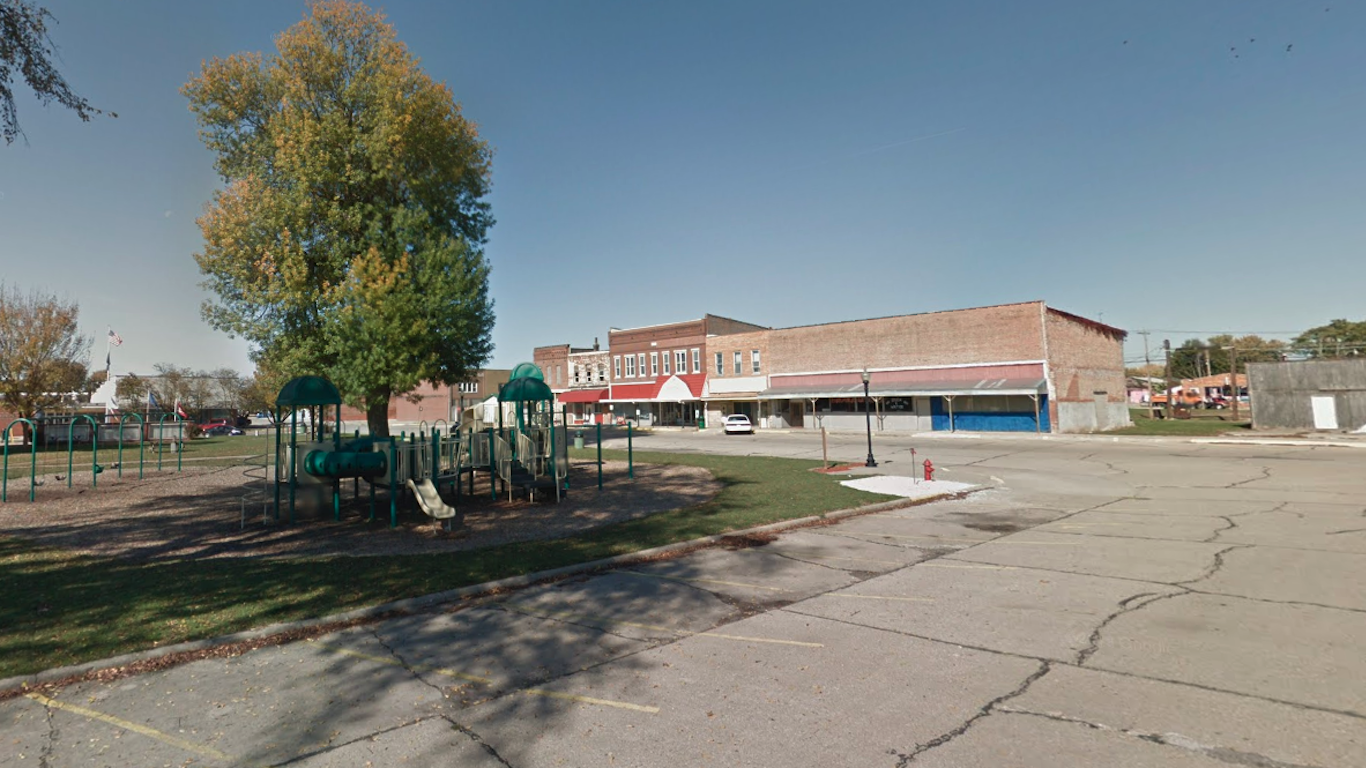 Most households in the small western Illinois city of Roodhouse earn less than $33,000 a year. Meanwhile, most households across the state as a whole earn over $63,000 a year. With a low median household income, Roodhouse also has a far greater than average concentration of poverty. The city’s 22.3% poverty rate is well above both the 13.1% state poverty rate and the 14.1% U.S. rate.

Property values are often reflective of incomes in a given community. In Roodhouse, the typical home is worth just $47,600, a fraction of the median home value in Illinois of $187,200. 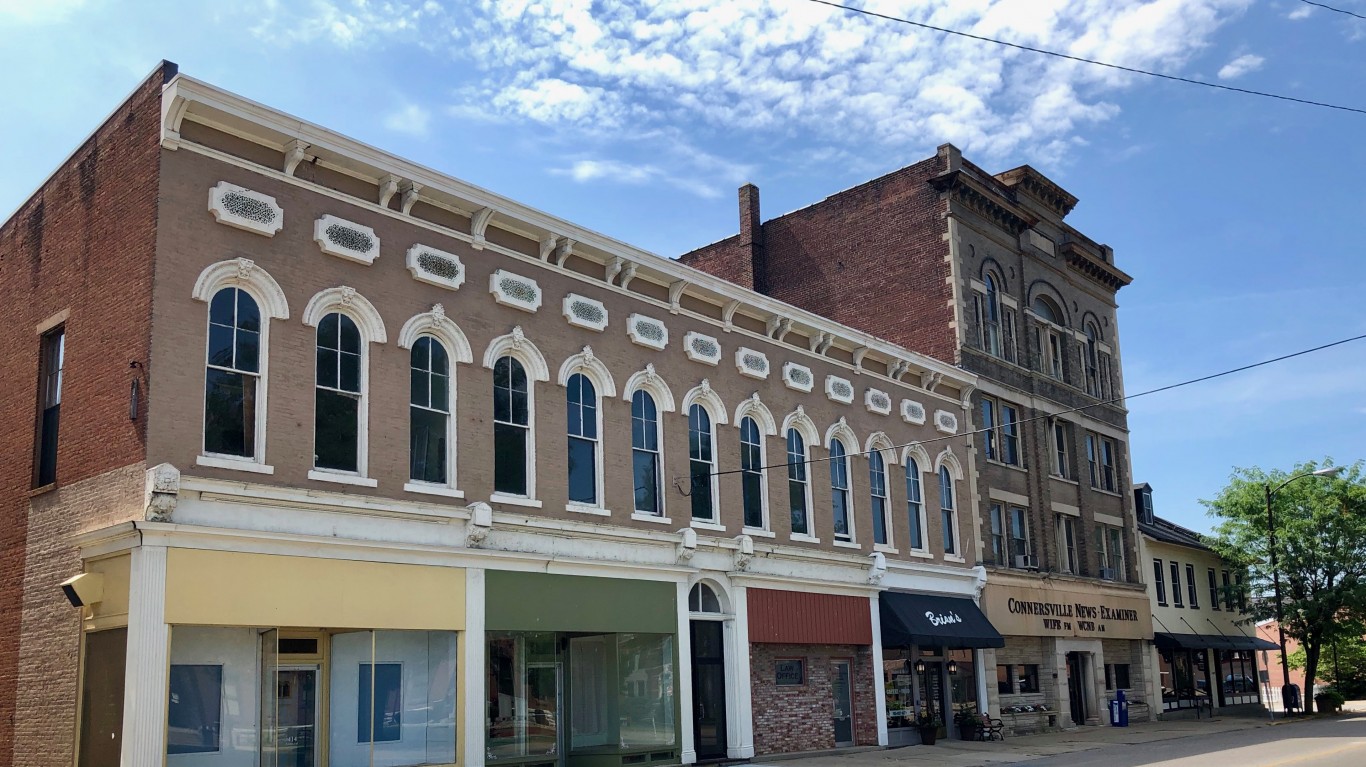 Connersville, a small eastern Indiana city, is the poorest small city in the state. About one in every four residents live below the poverty line, well above the 14.1% poverty rate statewide and nationwide. Additionally, the typical area household earns just $33,415 a year — more than $20,000 less than the typical Indiana household.

Connersville, once colloquially referred to as “Little Detroit,” is a Rust Belt city that has undergone years of economic decline along with the decline of its once strong manufacturing industry. The reduced economic opportunity in Connersville has reportedly led to a sharp rise in suicides and substance abuse. 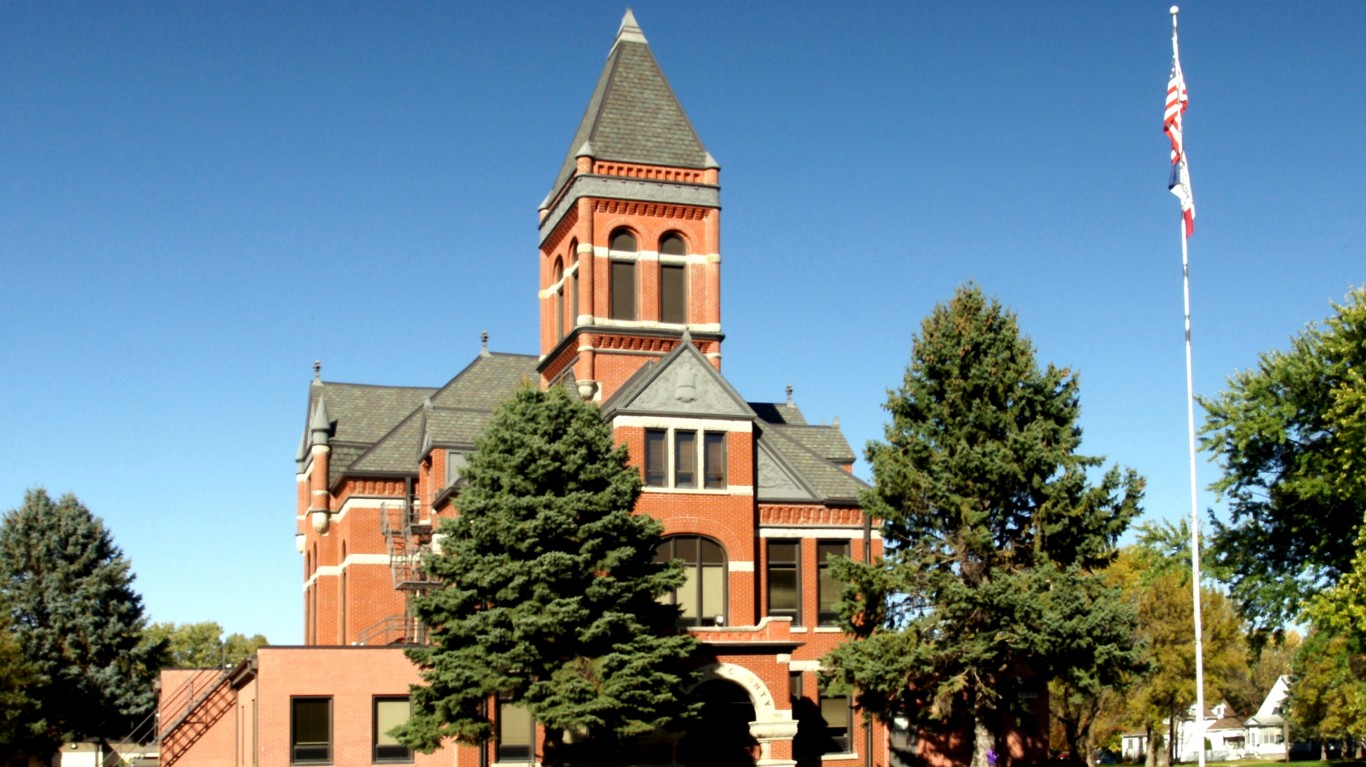 Onawa is a small city of less than 3,000 in western Iowa. With a median household income of less than $32,000 per year and a poverty rate of nearly 29%, Onawa is the poorest place in the state.

As is typical of the communities on this list, Onawa is losing residents rapidly. Over the last half decade, Onawa’s population contracted by 5.0%, even as Iowa as a whole reported a 2.3% population growth. 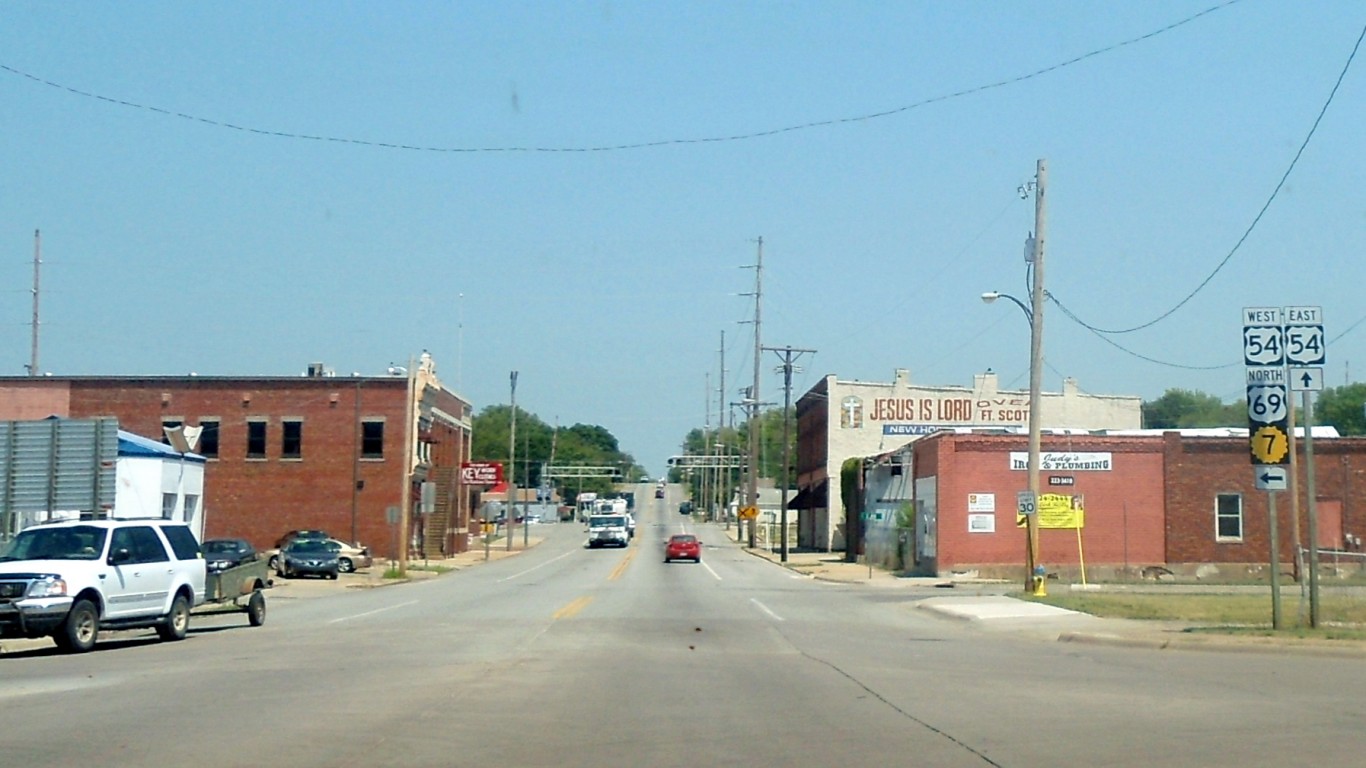 Fort Scott, Kansas, has a median household income of just $32,576 — the lowest of any community in the state of similar size. Incomes tend to increase with educational attainment — both on an individual level and across populations. In Fort Scott, just 18.4% of adults have a bachelor’s degree or higher, compared to 32.9% of adults across the state as a whole.

The area’s low incomes are reflected by low real estate values. The typical home in Fort Scott is worth just $62,300, less than half the $145,400 median home value statewide.