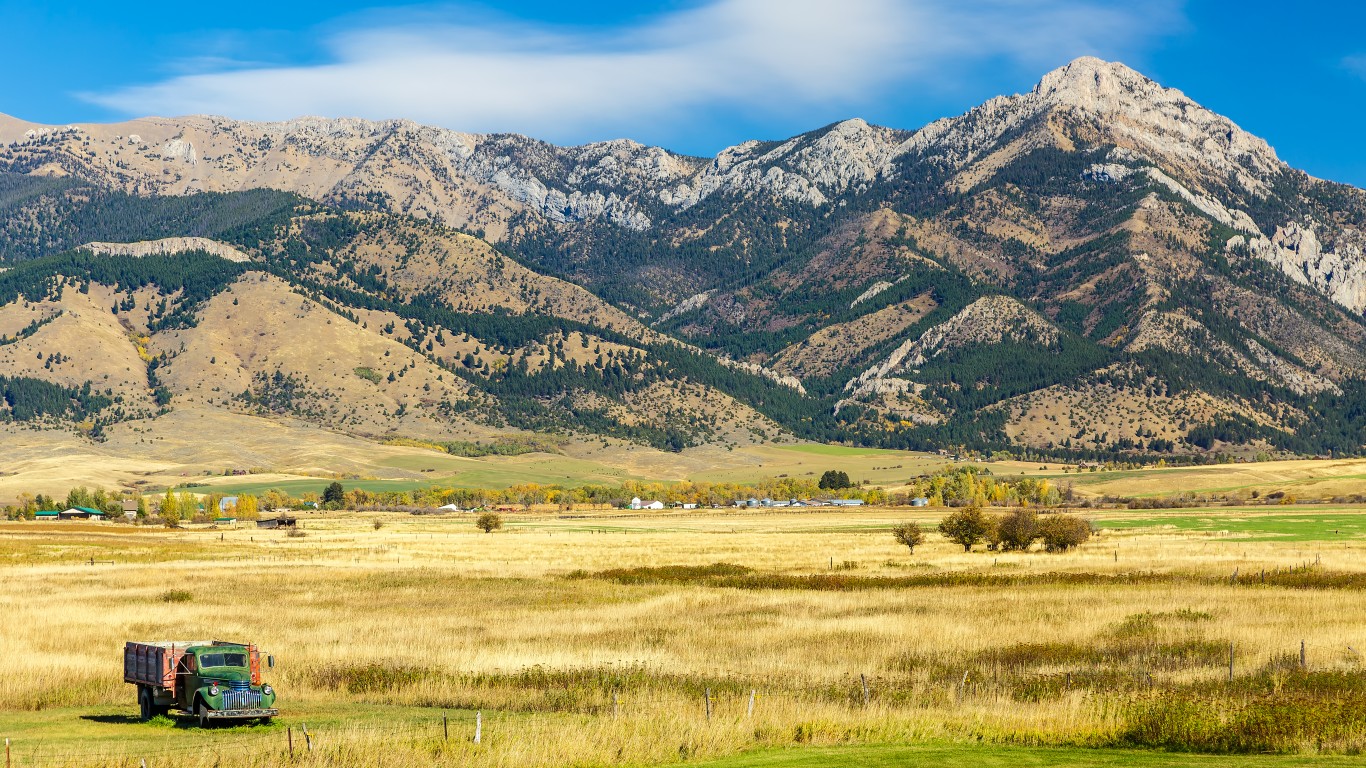 Belgrade, located in western Montana, about 10 miles from Bozeman, is the best city to live in the state partially due to the concentration of entertainment and cultural venues. The city boasts a far larger than typical share of places like bars, restaurants, gyms, movie theaters, museums, and golf courses on a per capita basis. The concentration of such businesses may also partially explain the city’s low unemployment rate. An average of just 2.5% of Belgrade’s labor force was out of work in the last five years, less than half the comparable 5.9% national unemployment rate.

Like many cities and towns on this list, Belgrade is growing rapidly. Over the last five years, the city’s population expanded by 11.4%. Over the same period, the U.S. population grew by just 3.6%. 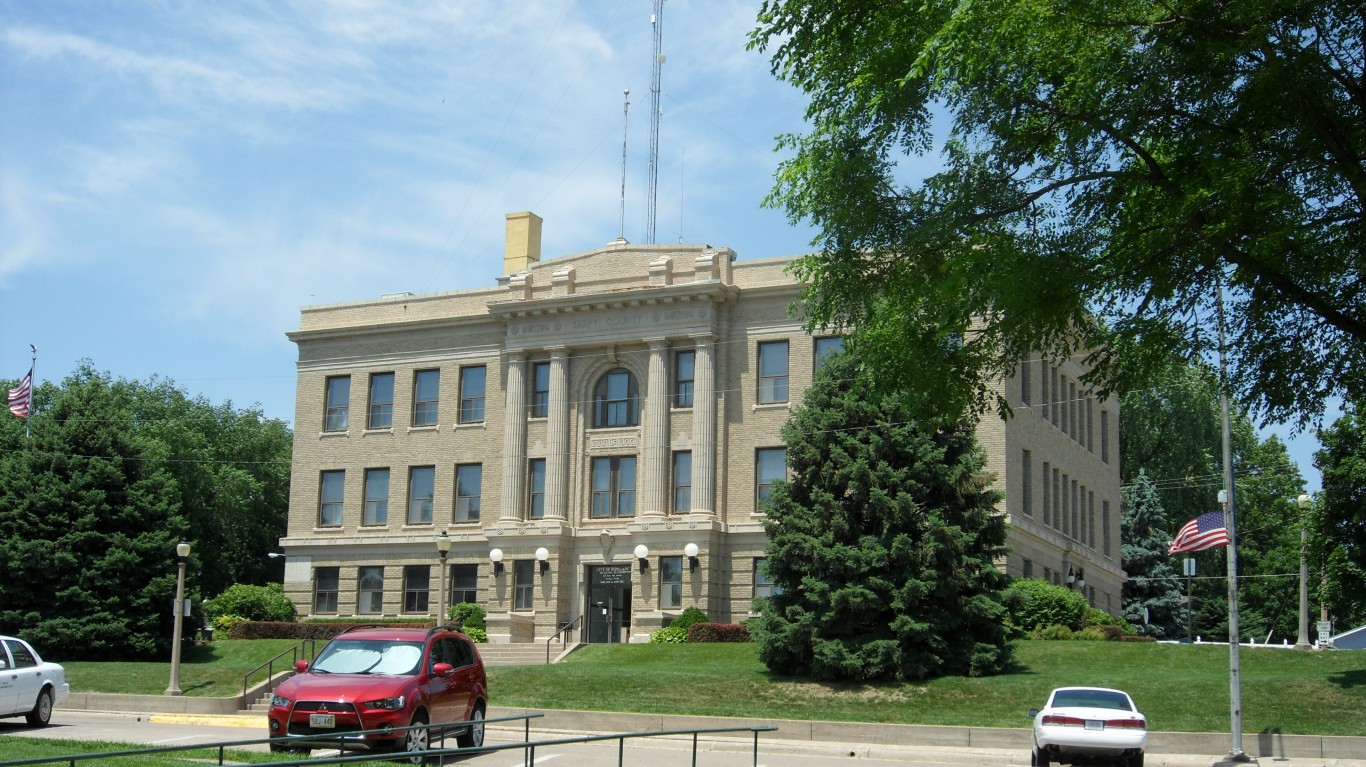 Papillion, Nebraska, located in the Omaha metro area, touts itself as a low-tax, business friendly city. Indeed, businesses appear to be thriving in the area, as the local unemployment rate has averaged just 2.2% over the last five years, well below the comparable 5.9% national average.

Incomes are also high in the area, as the typical household earns over $80,000 a year — a higher median household income than the vast majority of cities and towns in the state, and about $20,000 higher than the national median household income. Papillon residents are also far less likely than most Americans to be facing serious financial hardship, as the city’s 4.1% poverty rate is one of the lowest in the state and a fraction of the 14.1% national poverty rate.

ALSO READ: How Schools Plan to Reopen in Every State 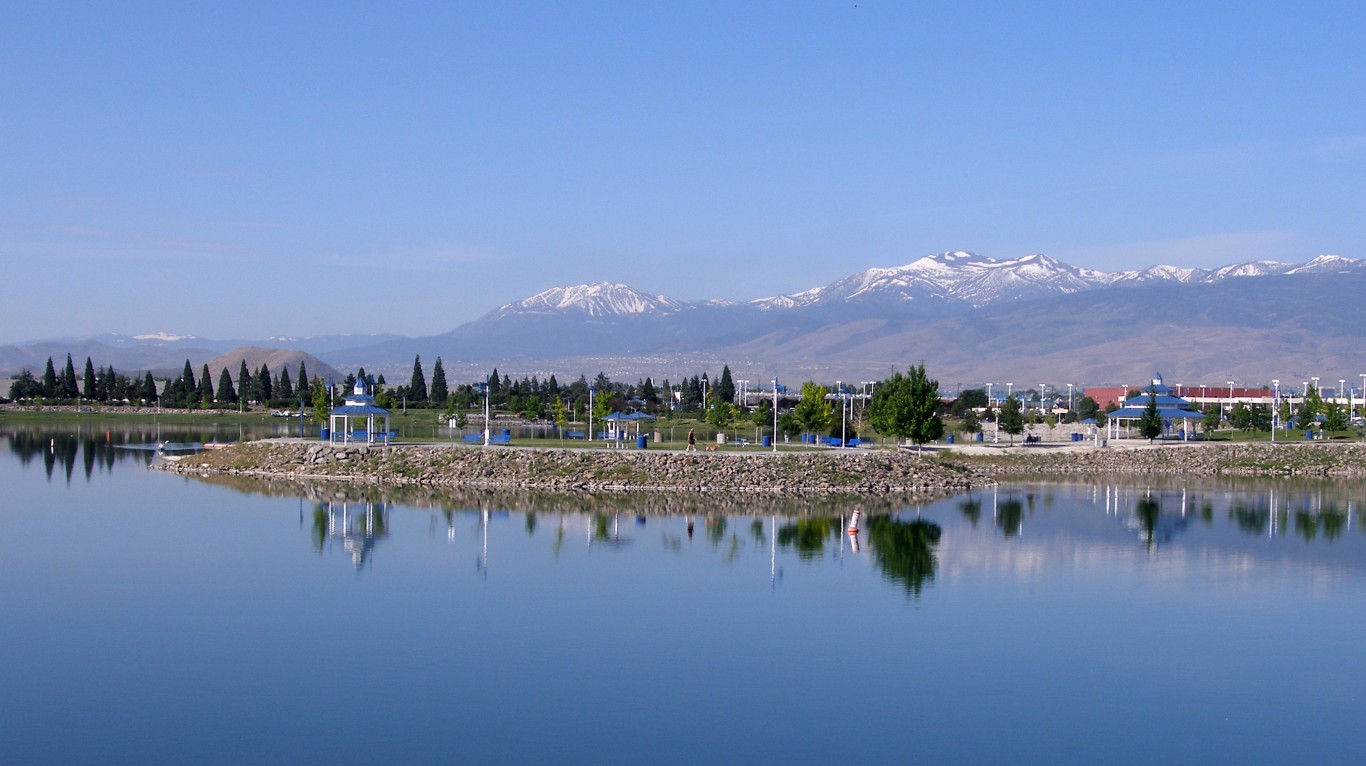 Sparks, a city of just under 100,000 residents, located outside of Reno, ranks as the best city to live in Nevada. Sparks residents have access to more than 50 parks and facilities across the city and several more that are currently in the process of being built. The climate is mild and sunny, and the local economy is bolstered by the presence of several nearby employers, including Tesla Motors’ gigafactory and the University of Nevada, Reno.

Sparks is growing rapidly. Over the last five years, the city’s population expanded by 8.1%, even as the U.S. population grew by just 3.6%.

Hanover has several advantages over other cities in New Hampshire. It is one of only five cities or towns in the state where most households earn over $100,000 a year. It is also a relatively walkable city. Nearly 40% of workers in the city commute to their job on foot, compared to just 2.7% of workers nationwide. 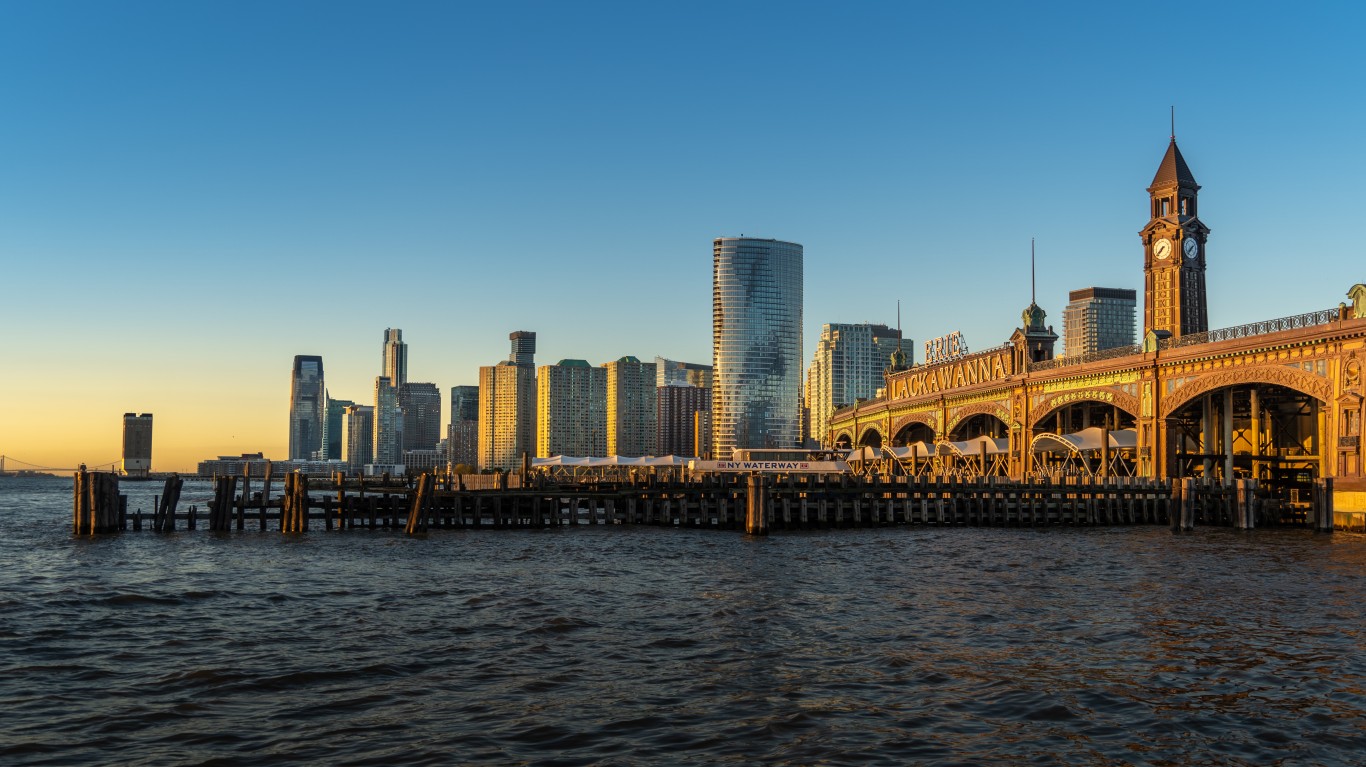 Hoboken, New Jersey, is located directly across the Hudson River from Manhattan. Though the area has an especially high cost of living, residents benefit from access to a wide range of jobs in the largest U.S. metro area. Over the last five years, the unemployment rate in Hoboken has averaged just 3.4%, well below the comparable 5.9% national rate. Many jobs in the area are high paying, as the median household income in Hoboken is $136,402 a year.

A relatively condensed city with a reliable public transit system, Hoboken offers residents a range of commuting options. More than 60% of workers in the city use public transportation to get to work, and over 8% walk, compared to just 5.0% and 2.7% of commuters nationwide, respectively.