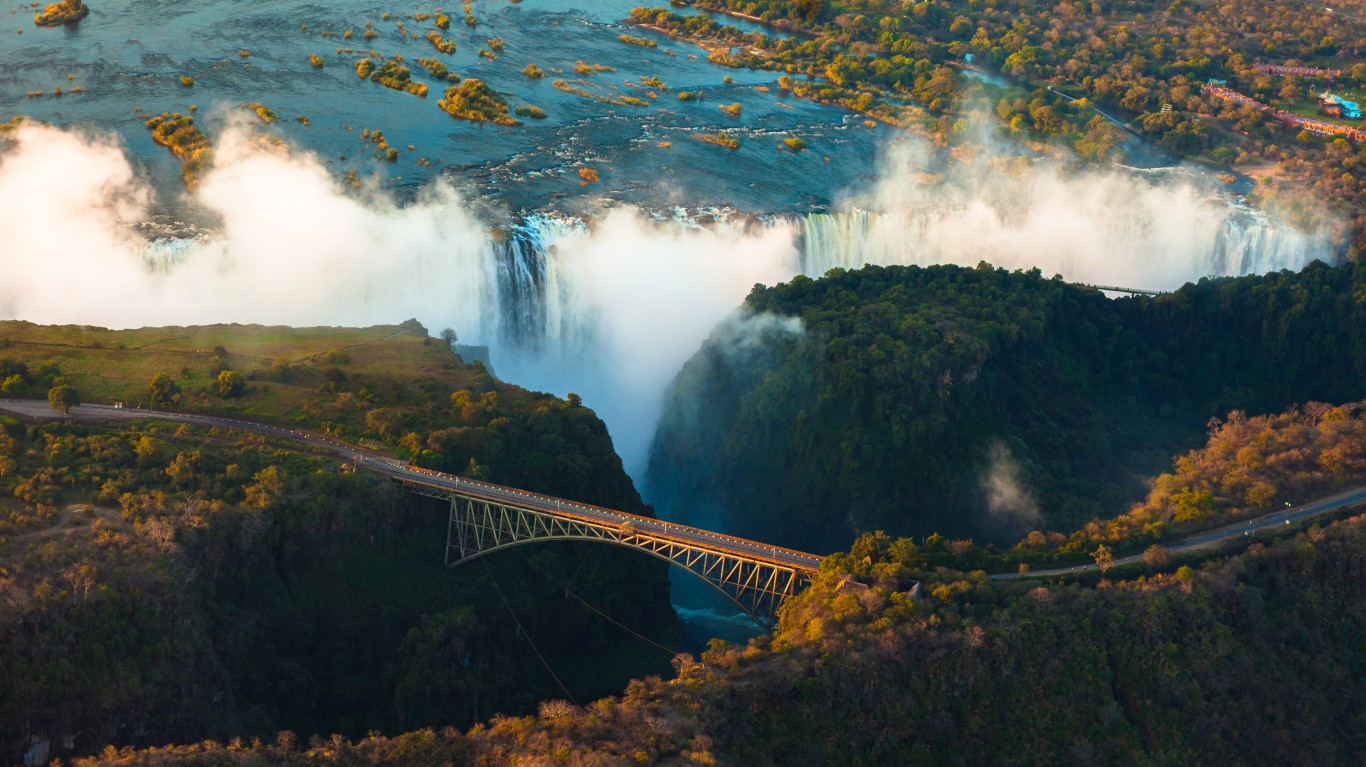 Zimbabwe is a country of 14.6 million in southern Africa. Formerly a part of Rhodesia, a colonial British territory, Zimbabwe gained independence in 1980 and has struggled economically since. Severe droughts have hamstrung the country’s agriculture industry, and poor infrastructure and government corruption have discouraged foregin investors and hampered development.

Only about 41% of Zimbabwe’s mostly rural population has access to electricity. The country also struggles with high rates of HIV and tuberculosis. Partially as a result, life expectancy at birth is only 61.2 years, over a decade below the global average. 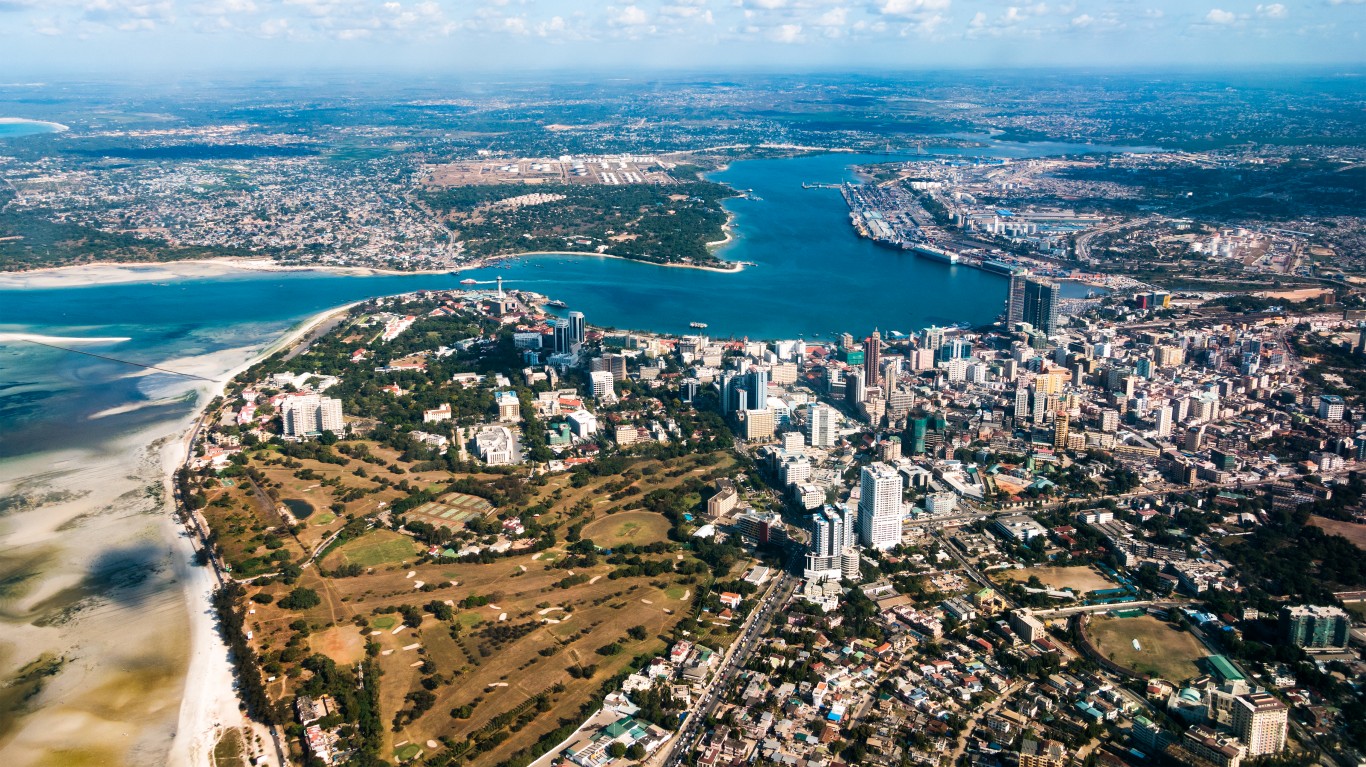 The East African nation of Tanzania has a $63.2 billion economy and a population of 58 million. Home to international destinations such as Mount Kilimanjaro, the Serengeti, and the Ngorongoro Crater, Tanzania’s economy depends largely on tourism. Agriculture is also a significant component of the economy, accounting for 28.7% of the country’s GDP.

Despite Tanzania’s strong tourism industry, which many other countries on this list lack, the country’s GNI per capita is only $2,700. The country also has a relatively high income inequality, with nearly half the population living on the equivalent $1.90 per day. Obstacles to development include a lack of reliable infrastructure. Currently, only about a third of the population has access to electricity. 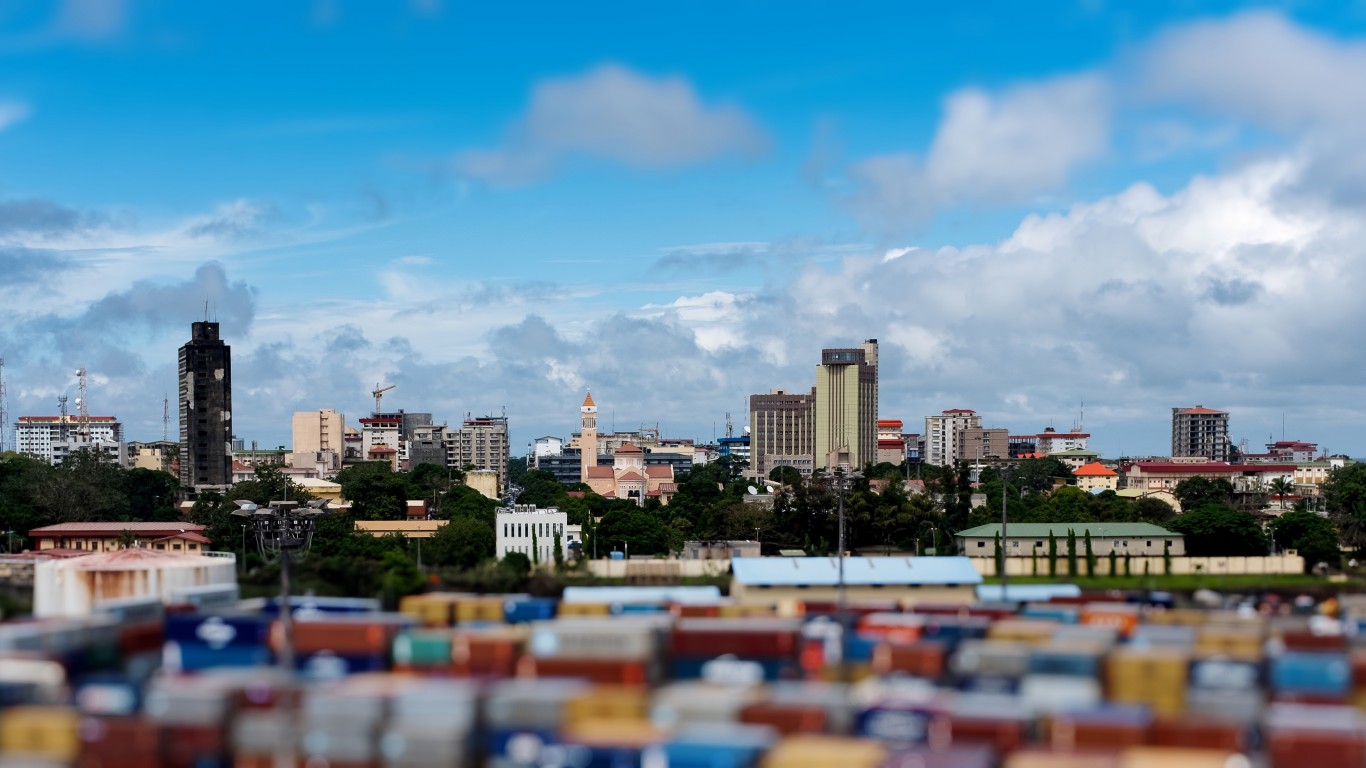 Guinea, a country on the western coast of Africa, is one of the poorest in the world. Its GNI per capita is just $2,520, about one-seventh of the worldwide GNI per capita of $17,591. More than a third of the population lives on less than $1.90 per day. 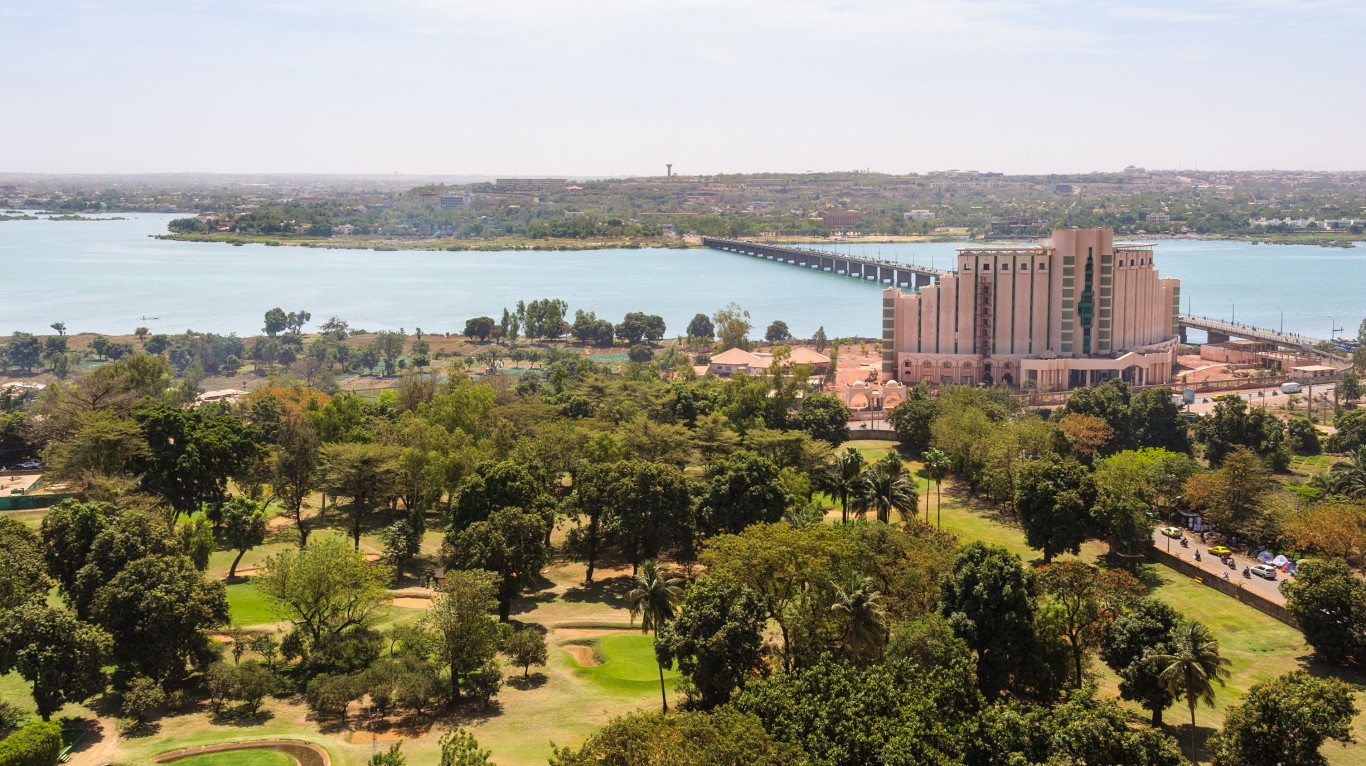 The West African nation of Mali has a $17.5 billion economy — smaller than that of many countries with home to far fewer people. Agriculture is an economic pillar in Mali, accounting for over a third of the national GDP.

The country’s economic development has been hindered by political violence and government instability. Poor infrastructure is also a problem, as only about half the country’s 19.7 million residents have access to electricity. Residents of poorer countries often have lower than average life expectancies. Mali is one of only 12 countries where life expectancy at birth is less than 60 years. 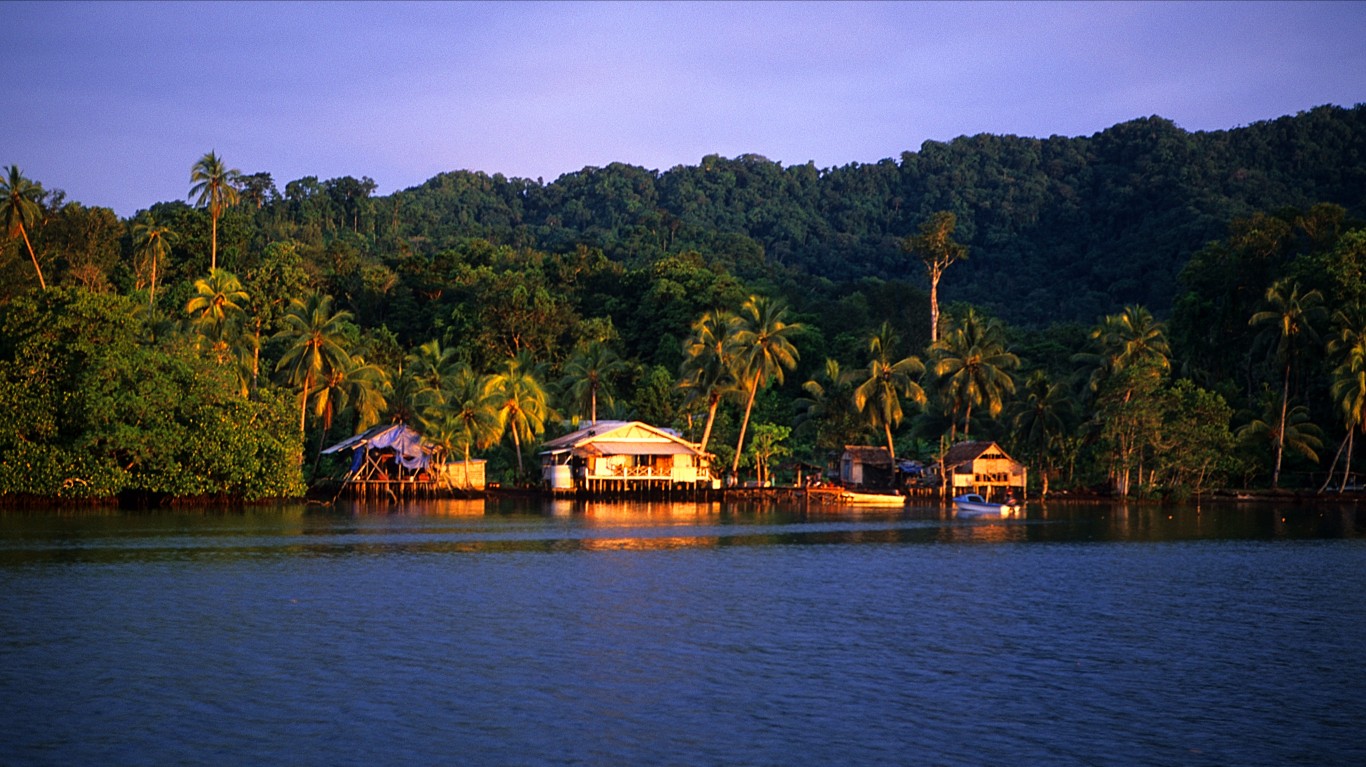 The Solomon Islands, a nation consisting of a chain of islands east of Papua New Guinea, has one of the smallest economies in the world. The country of about 670,000 people had a GDP of just $1.4 billion 2019. Prosperity in the country has been hampered by violence and civil unrest between different ethnic groups on neighboring islands. Australia has led a peacekeeping force in the country for much of the last two decades.

Most people living in the country depend on farming and fishing. The country is heavily forested, and wood accounts for 70% of its exports. Manufactured goods are mostly imported.