20 'Foreign' Foods That Are Really American 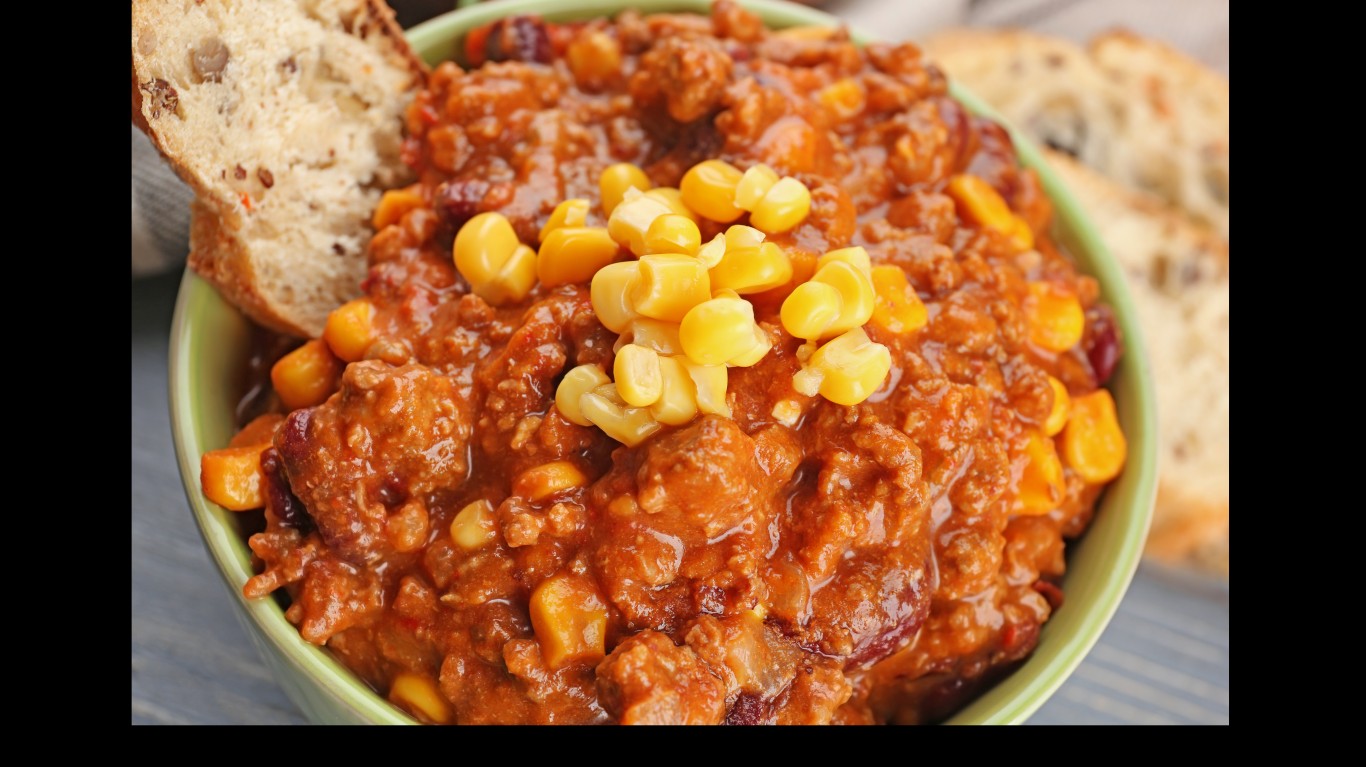 Chili con carne — which might more correctly be called “carne con chiles” (meat with chiles) — as we know it isn’t found in Mexico. It seems to have been concocted first by Texas cowboy trail cooks on cattle drives — though another theory holds that it was devised in the state’s prison kitchens as a cheap, filling way to feed prisoners. Chili first gained fans outside the Lone Star State in 1893, when Texas set up a San Antonio Chili Stand at the World’s Columbian Exposition in Chicago. 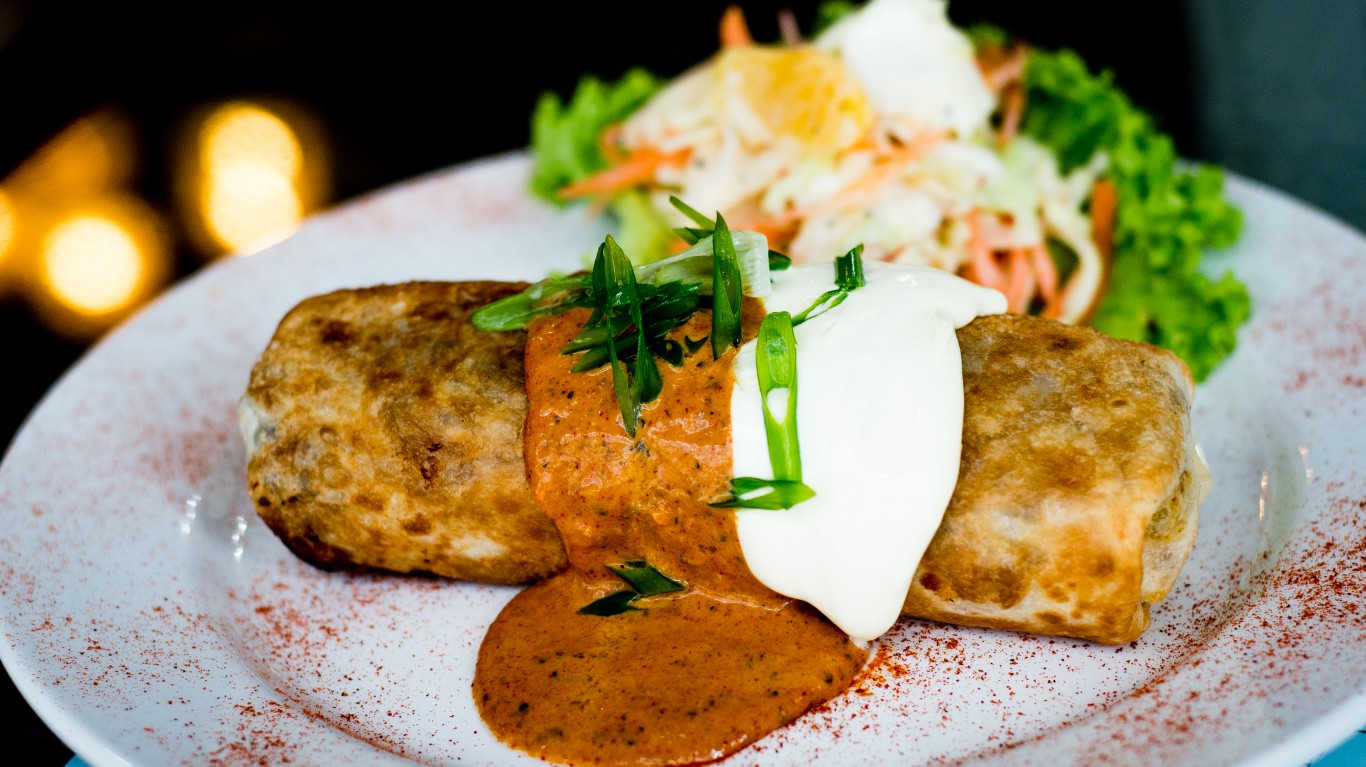 A chimichanga is simply a deep-fried burrito. A specialty of the American Southwest (and a favorite of the Marvel Comics character Deadpool), it was apparently invented in Arizona, perhaps when a cook accidentally dropped a burrito into a pot of hot fat. The owners of El Charro Café in Tucson, the city’s oldest Mexican restaurant, claim it was invented there in 1922. A claim has also been made by Phoenix restaurateur Woody Johnson, who maintained that he invented the chimichanga, though not till 1946. 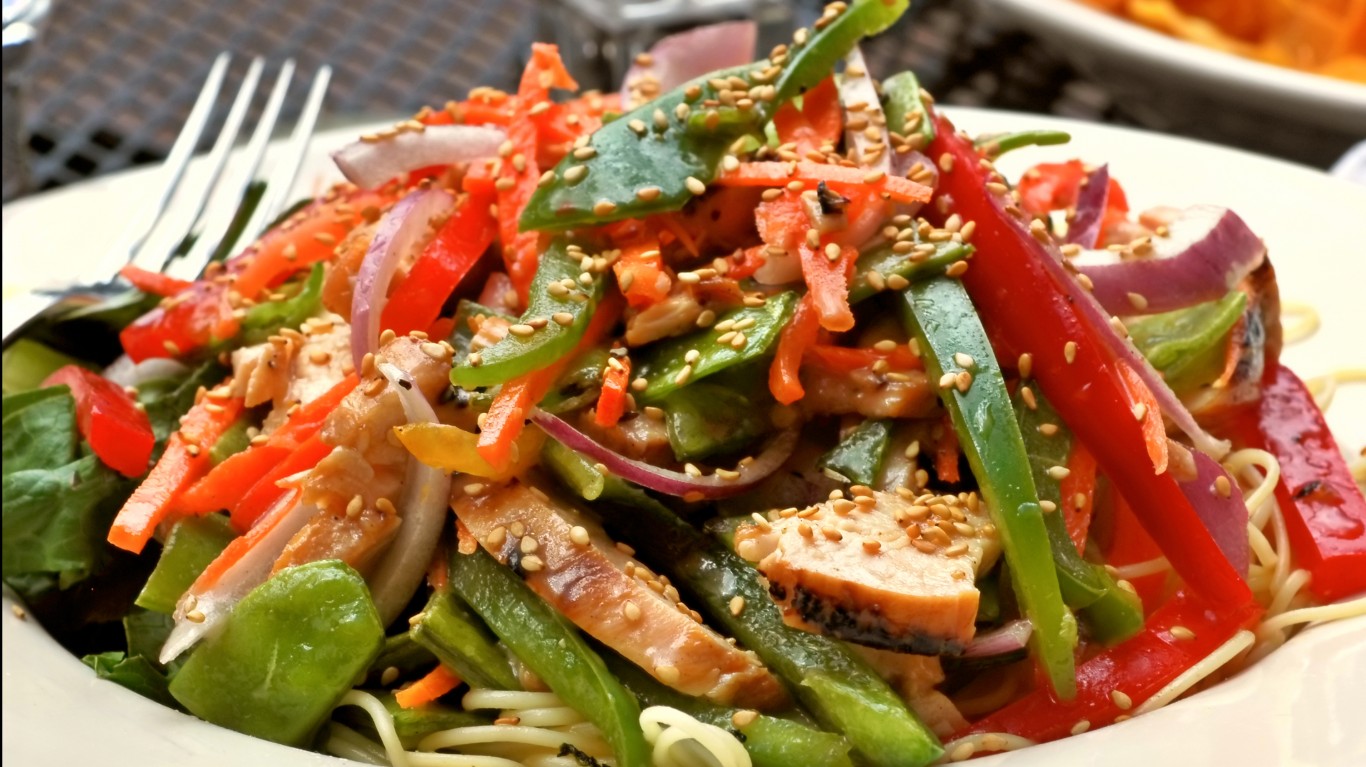 Recipes for this dish first appeared in the 1930s — but not in China. Though cold shredded chicken appears in several forms in traditional Chinese cuisine, raw vegetable salads were virtually unknown. American cooks and recipe writers, though, developed numerous “Oriental” or supposedly Chinese cold dishes throughout the first half of the 20th century. Today’s Chinese chicken salad — chicken tossed with shredded cabbage or lettuce, fried wonton strips or rice vermicelli, almonds, and other ingredients, usually in a sesame or peanut dressing — seems to have first appeared in California in the 1960s. Credit for popularizing it is usually given to Sylvia Cheng Wu, who served the salad at her popular Madame Wu restaurant in Santa Monica. 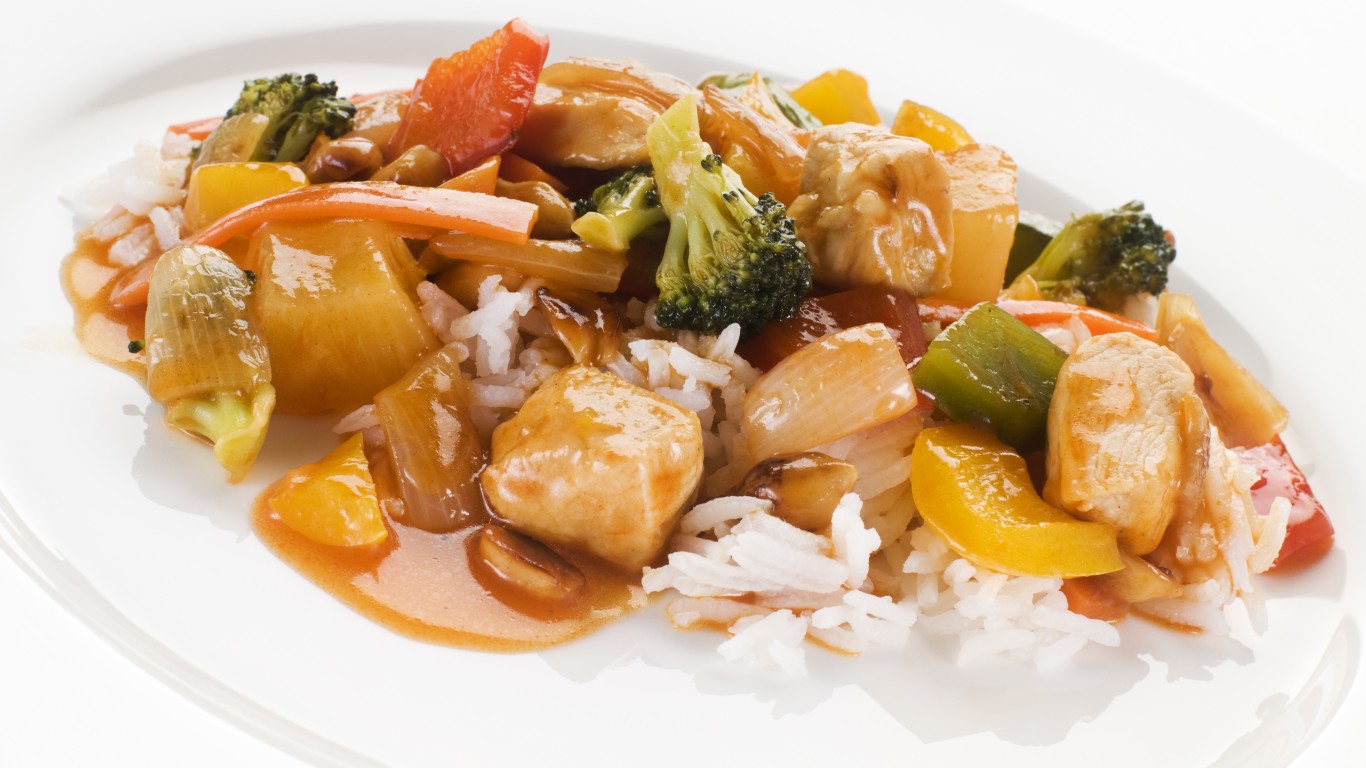 There is a regional Cantonese dish called sap seui, or shap suì (“miscellaneous pieces” or “mixed bits”), usually made with minced organ meats. American chop suey, however, is basically a kind of stir-fry combining shreds of chicken, beef, or pork with bean sprouts, celery, and other vegetables. It is said to have been created as a cheap way of feeding miners or railroad workers by 19th-century Chinese-American cooks, possibly in San Francisco — though some authorities do argue that something similar was traditional in the Toisan region south of Canton. 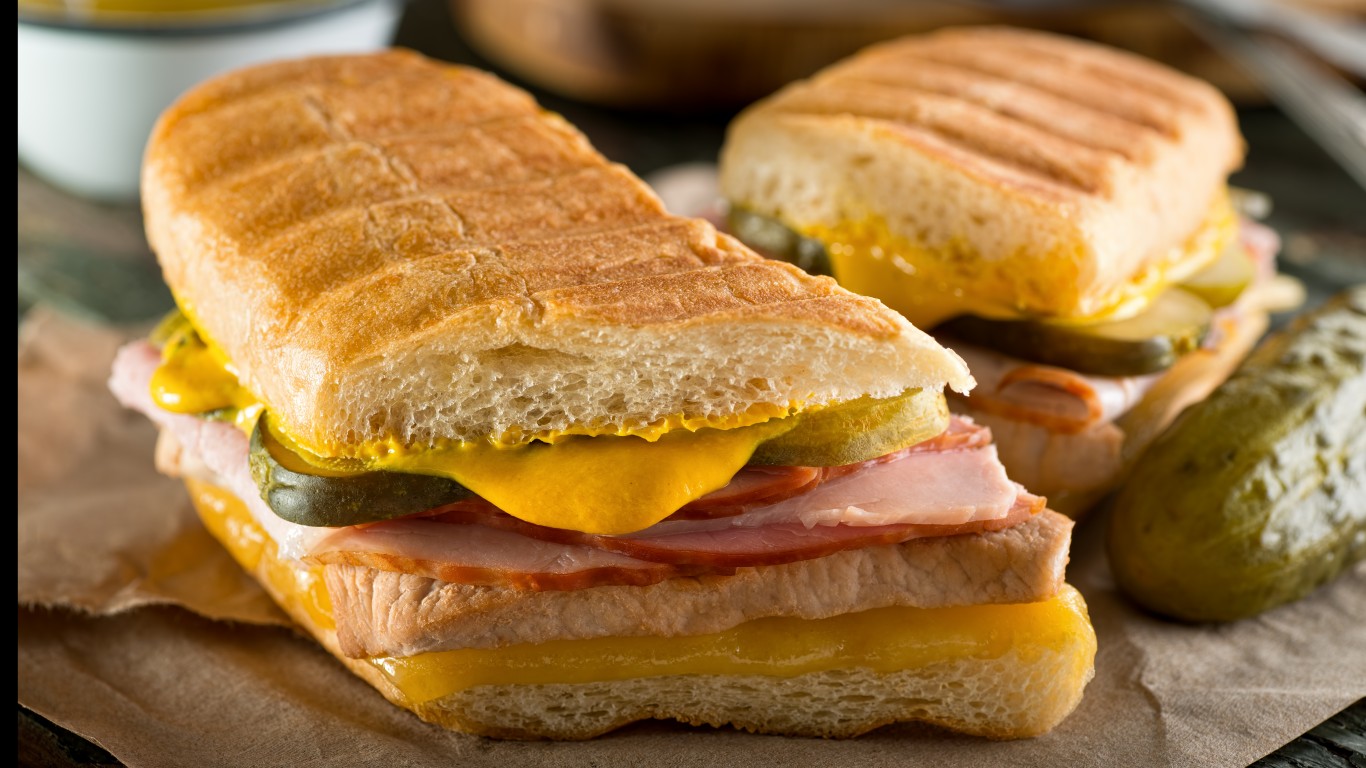 Mixed meat sandwiches, or mixtos, were common workers’ fare in 19th- and early 20th-century Cuba. Though it is often associated with Miami these days, today’s Cuban sandwich — roast pork, ham, Swiss cheese, and pickles on mustard-slathered lengths of baguette-like Cuban bread — was first concocted by immigrant cigar makers in Key West, Florida, in the late 19th century and later refined in Tampa. In Tampa, which has a sizeable population of Italian origin, salami is typically added to the mix.