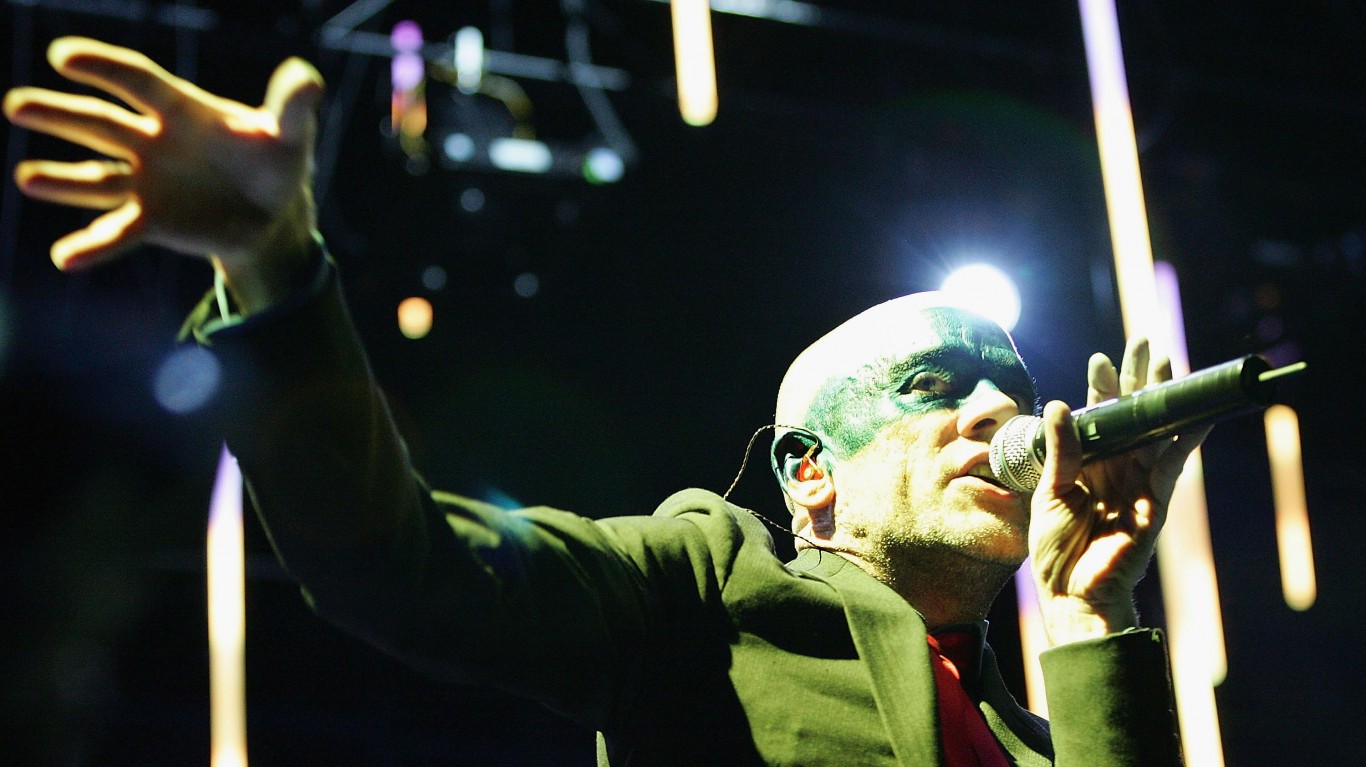 The Athens, Georgia-based post-punk band helped bring alternative music to mainstream awareness with their first single “Radio Free Europe” in 1981. R.E.M., fronted by Michael Stipe, would go on to make seven platinum albums, including “New Adventures in Hi-Fi,” “Monster,” and “Automatic For the People.” The band has had four songs crack the Top 10 on the Billboard Hot 100, with “Losing My Religion” their biggest success, reaching No. 4 in 1991. 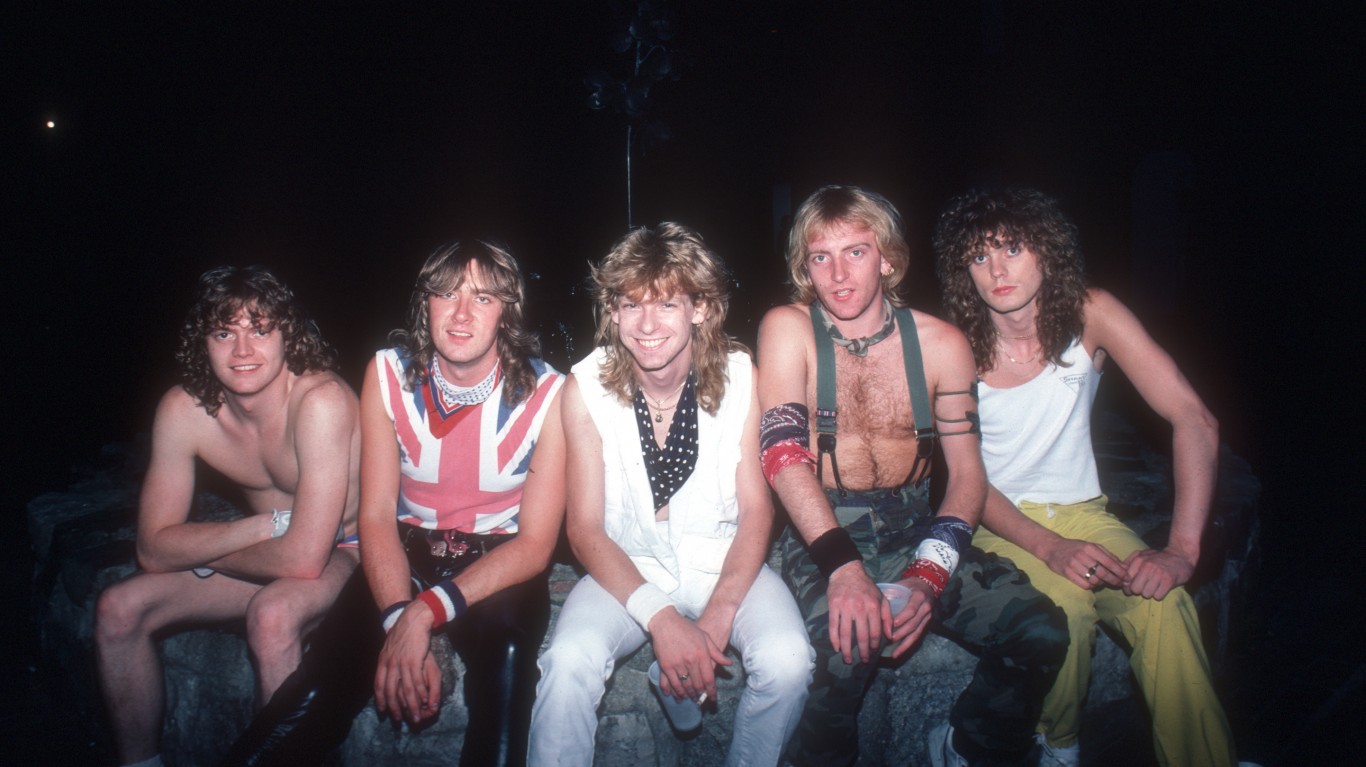 No band was more skilled at softening and mainstreaming heavy metal for the MTV audience than the British group Def Leppard. Album success for the group began in the early 1980s and has continued well into the 21st century. Seven LPs cracked the Top 10, with the albums “Hysteria” and “Adrenalize” topping the Billboard 200. Four of their singles entered the Billboard Hot 100, with their biggest hit “Love Bites” topping the charts in 1988. 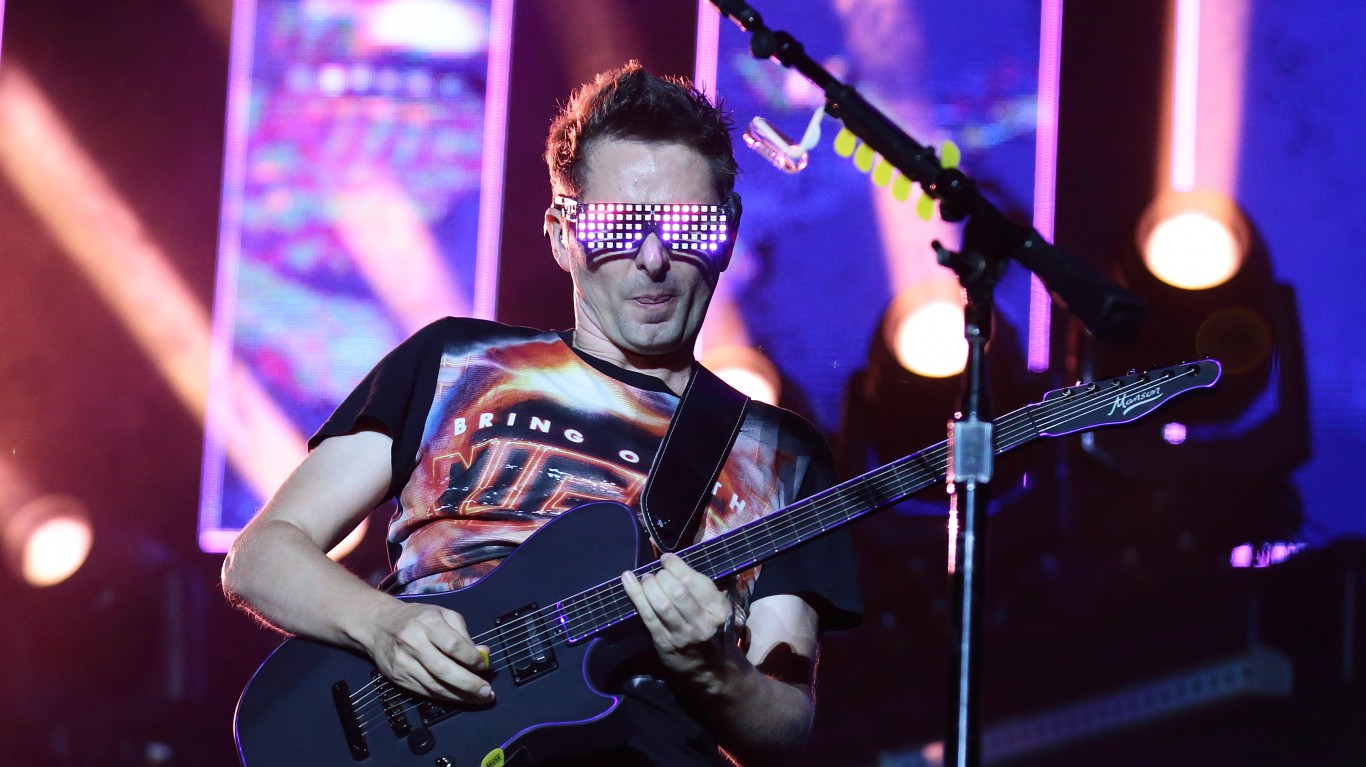 Fusing elements of alternative rock, electronia, pop, opera, and glam, Muse is one of the newer acts to rank among the most popular rock bands of all time. While “The Resistance” — the English group’s best-selling album — peaked on the Billboard 200 at No. 3 in 2009, the band later topped the charts with the release of “Drones” in 2015. 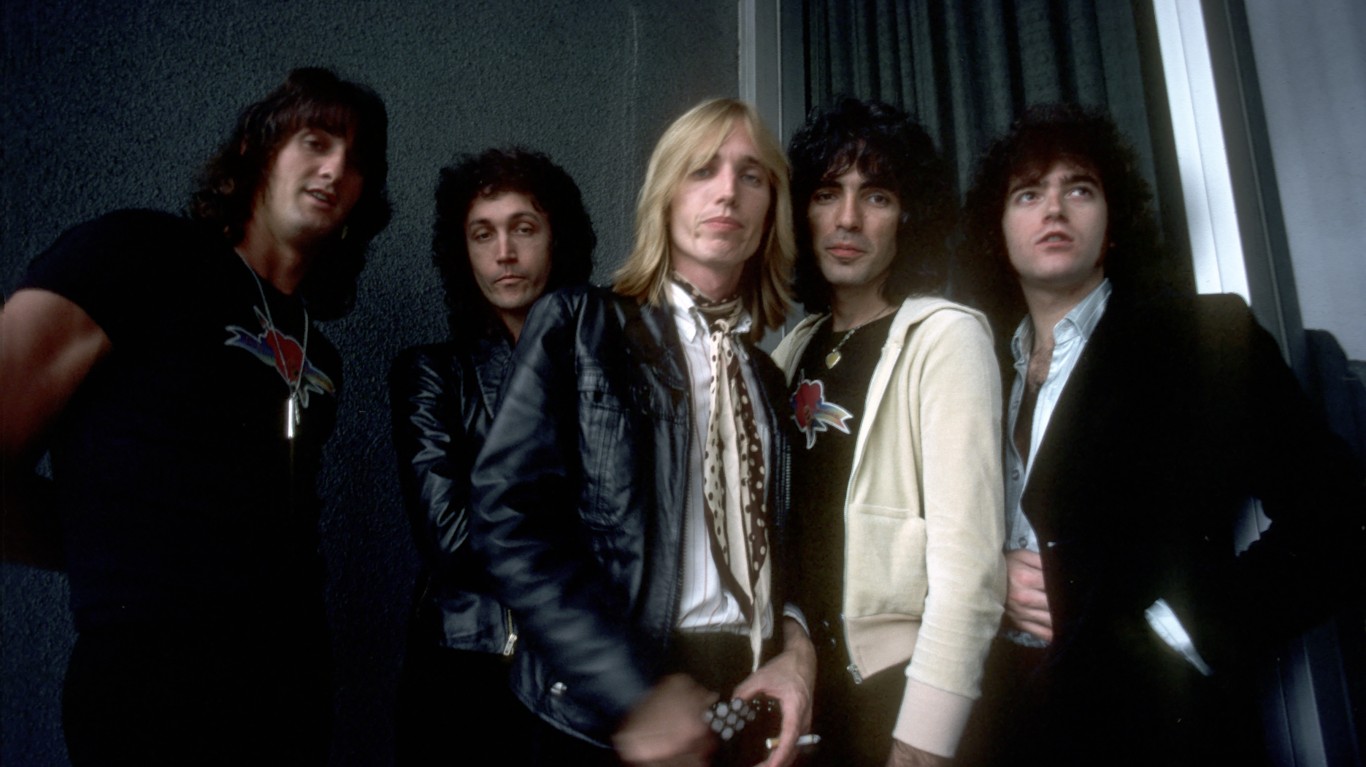 The Grammy-winning Florida rockers were another MTV mainstay whose music made up a good part of the soundtrack of the 1980s, with songs like “Don’t Do Me Like That,” “Runnin’ Down a Dream,” and “Don’t Come Around Here No More.” Their biggest hit was “Stop Draggin’ My Heart Around” (with an assist from Stevie Nicks), which rose to No. 3 on the Billboard Hot 100. Thirteen albums charted in the Top 10 on the Billboard 200 and eight went platinum, with their greatest hits collection going 12 times platinum. 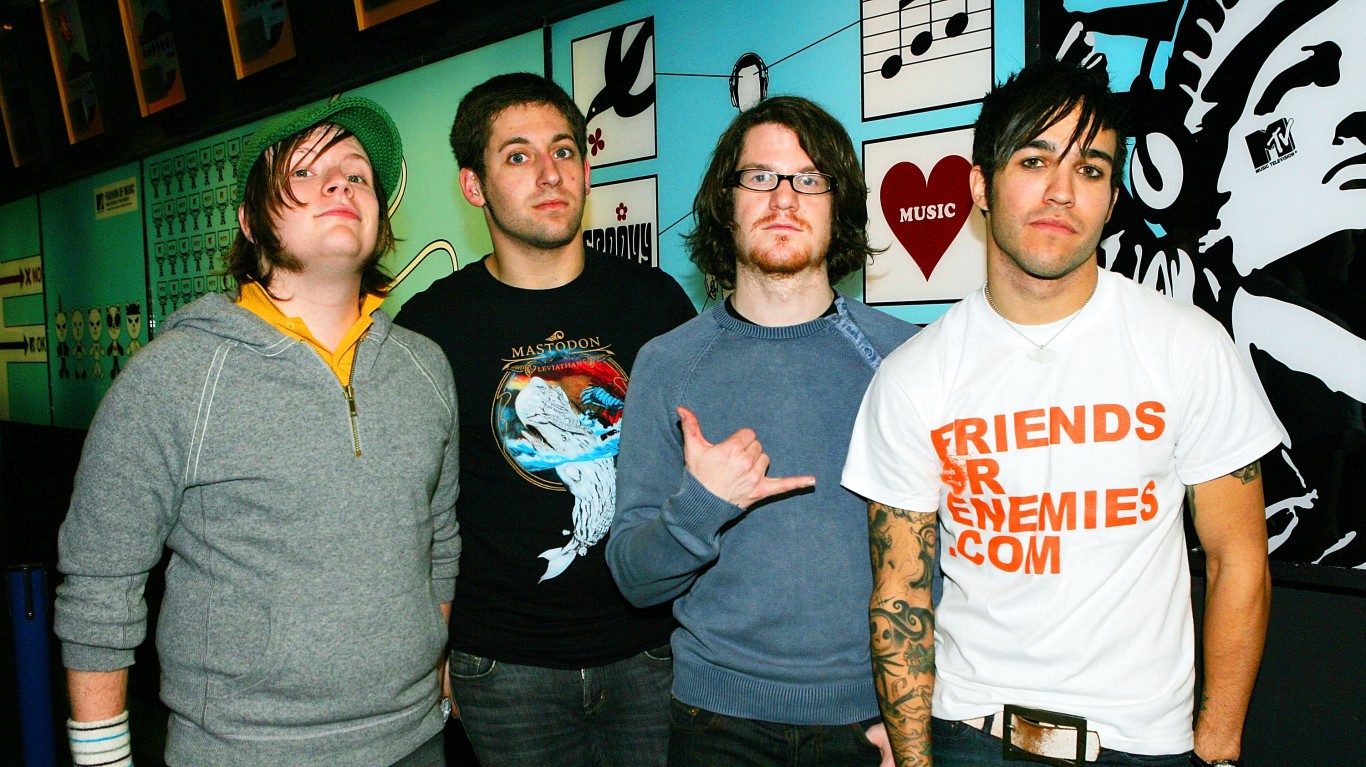 Formed in 2001 in Chicago, Fall Out Boy helped usher in the era of emo rock throughout the early aughts. Fall Out Boy first achieved mainstream fame with the release of their second album, “From Under the Cork Tree,” which featured the singles “Sugar, We’re Goin Down” and “Dance, Dance.” The band has since released five studio albums, four of which reached No. 1 on the Billboard 200. 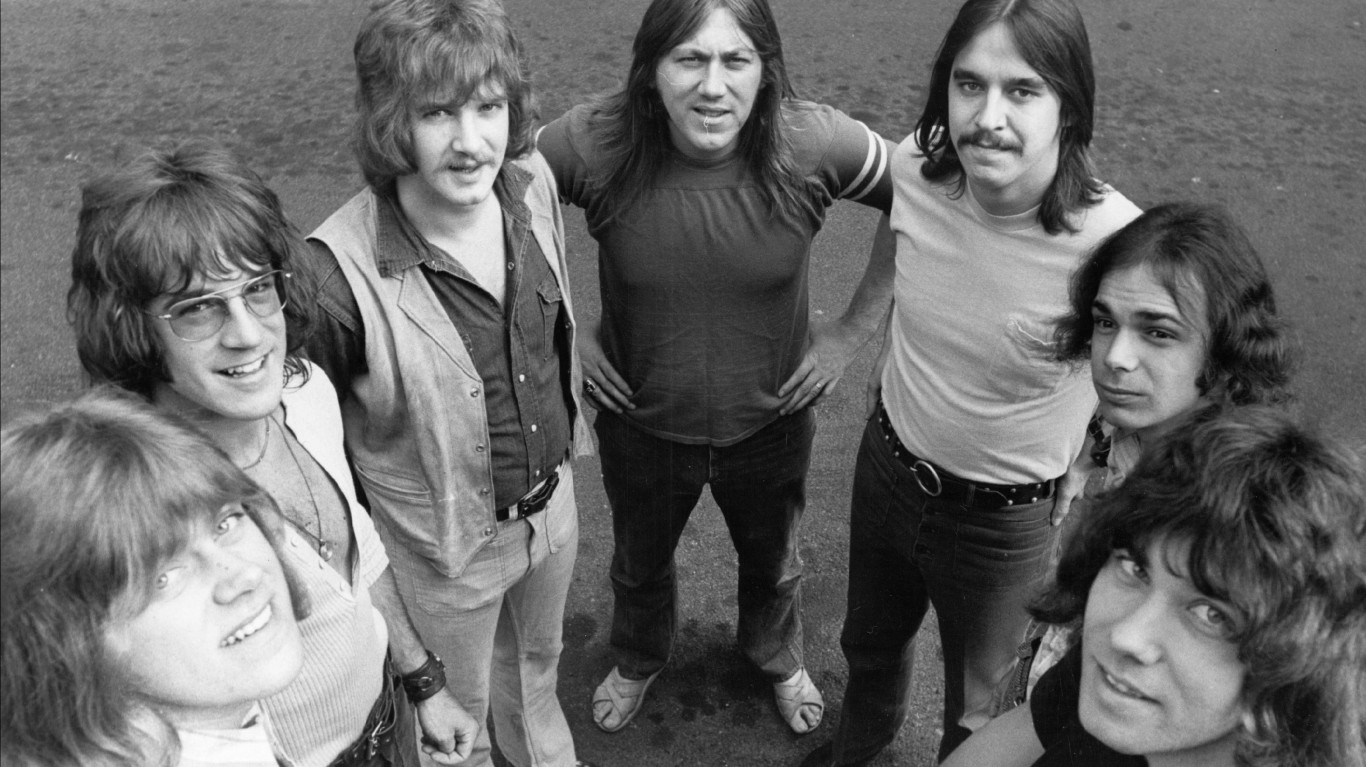 Despite numerous lineup changes, Chicago continues to entertain audiences of mostly aging baby boomers after more than 50 years. The jazzy, horn-driven group has been producing platinum albums and singles since their debut as the Chicago Transit Authority in the late 1960s. Borne by the sensitive vocals of Peter Cetera, the group has posted 20 Top 10 hits, among them the chart-topping “Hard to Say I’m Sorry,” “Look Away,” and “If You Leave Me Now.” Five of their albums have gone to No. 1, including “Chicago V.” 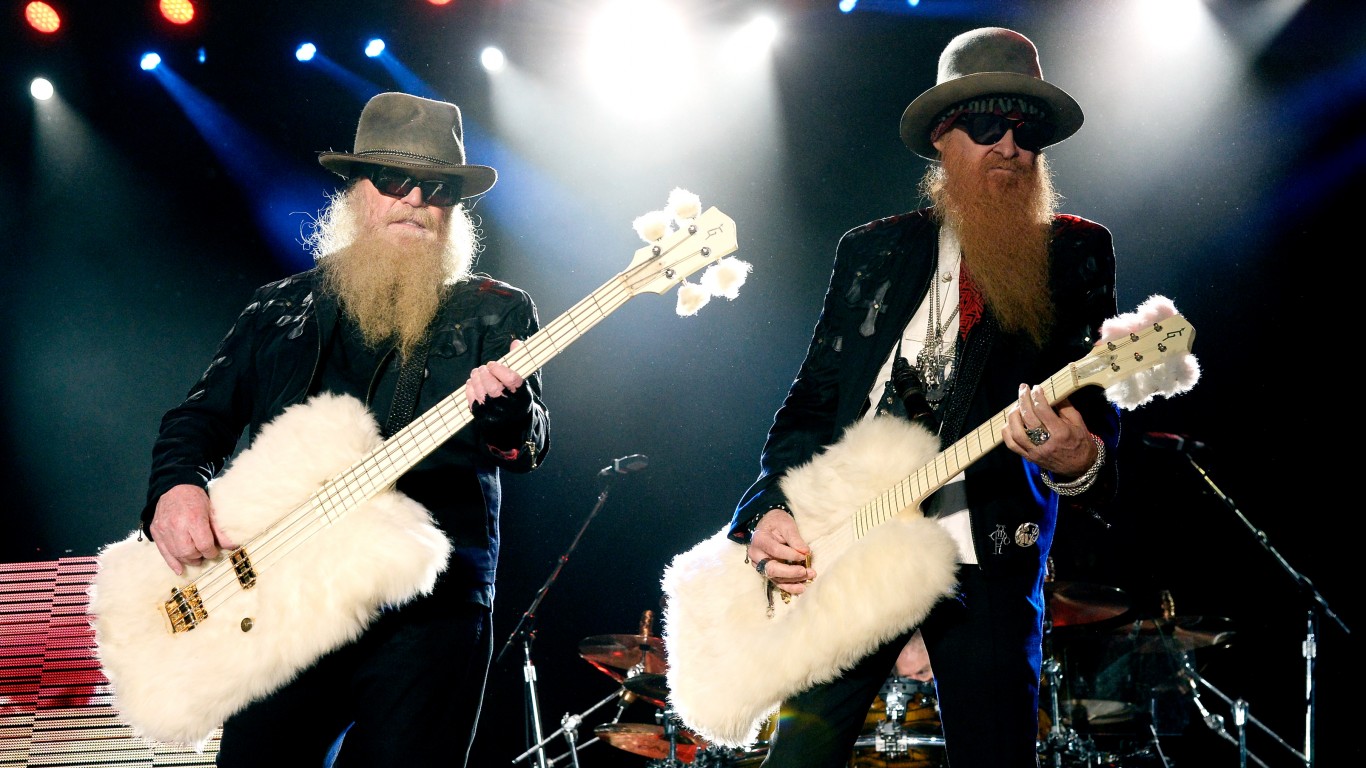 The Texas-boogie band with their signature beards and fur-lined guitars were an MTV favorite in the 1980s. ZZ Top has had two Top 10 hits — “Legs” and “Sleeping Bag” — both of which reached No. 8 on the Billboard Hot 100. Seven of their albums cracked the Top 10 on the Billboard 200, and seven albums went platinum, including “Eliminator,” which went platinum 10 times. 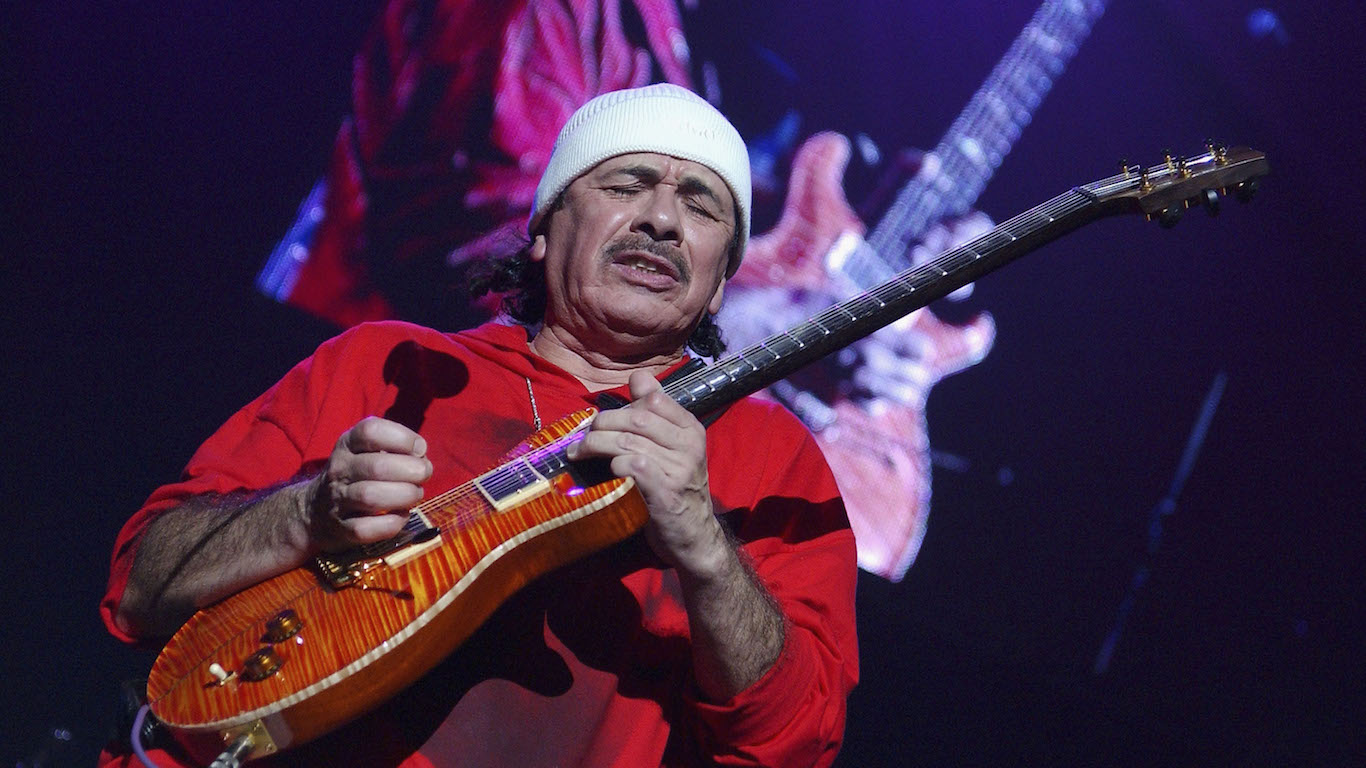 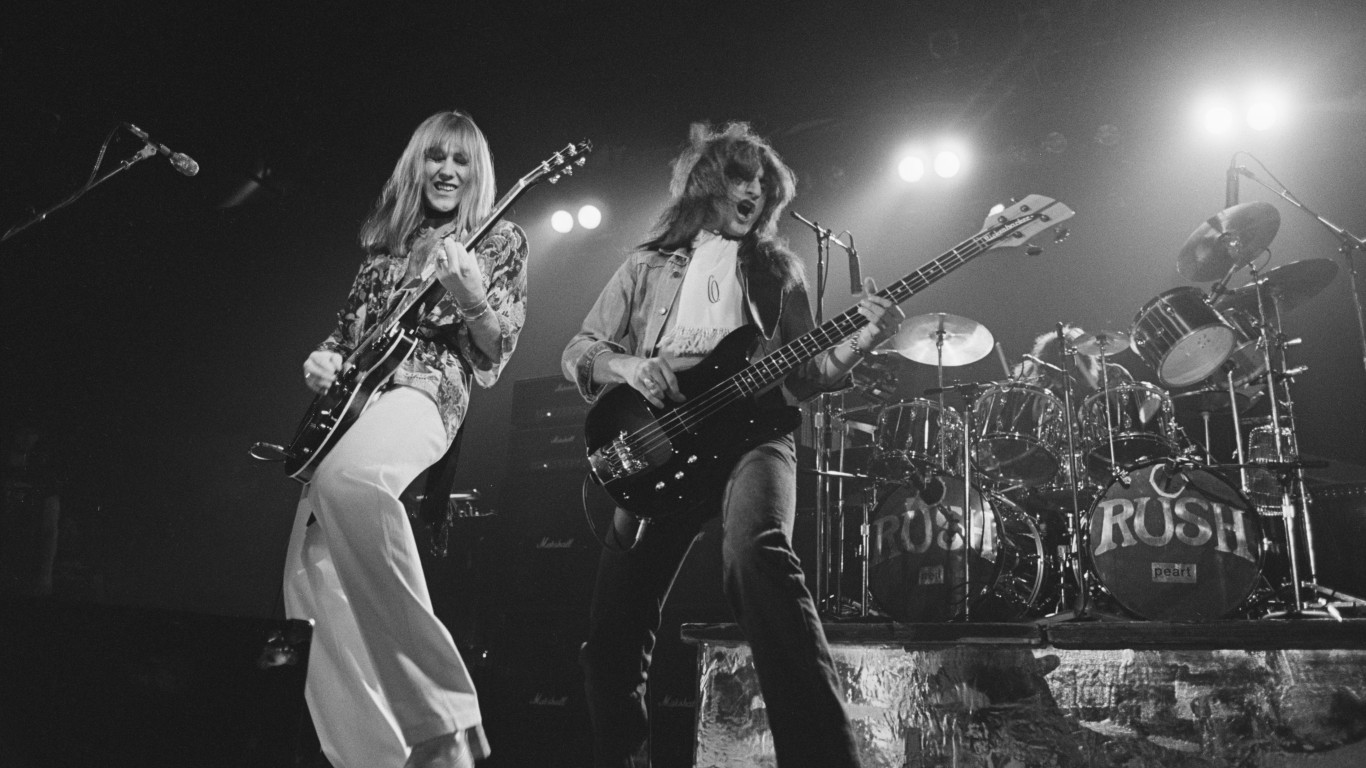 The enduring Canadian rockers and reliable stadium act, led by the distinctive vocals of frontman Geddy Lee, have sold more than 40 million records in their more than four-decade career. Their album “Moving Pictures” has gone platinum four times and includes FM favorites “Tom Sawyer” and “Limelight.” Twelve of their albums cracked the Top 10 on the Billboard 200, and two — “Clockwork Angels” and “Counterpart” — reached No. 2. Neil Peart, the band’s lyricist and drummer — a virtuoso drummer known for his technical proficiency who won prizes in Modern Drummer’s annual readers’ poll 38 times — died in January. 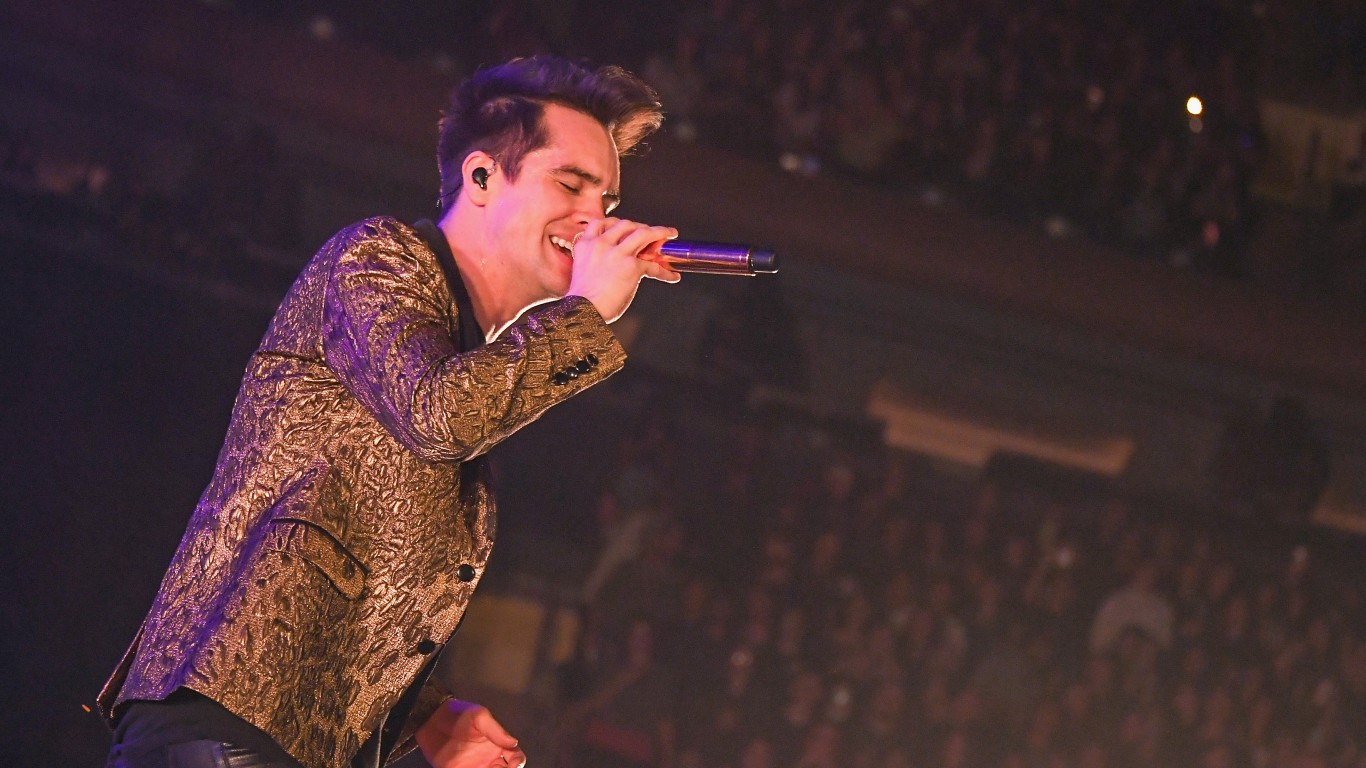 Out of the emo-era of the mid-aughts came Las Vegas-based Panic! at the Disco, who blended indie rock and punk with a dollop of psychedelic rock. Five of the band’s albums climbed into the Billboard 200 Top 10, with two of them — “Death of a Bachelor” and “Pray for the Wicked” — reaching the top of the chart. Five of their albums have gone platinum.