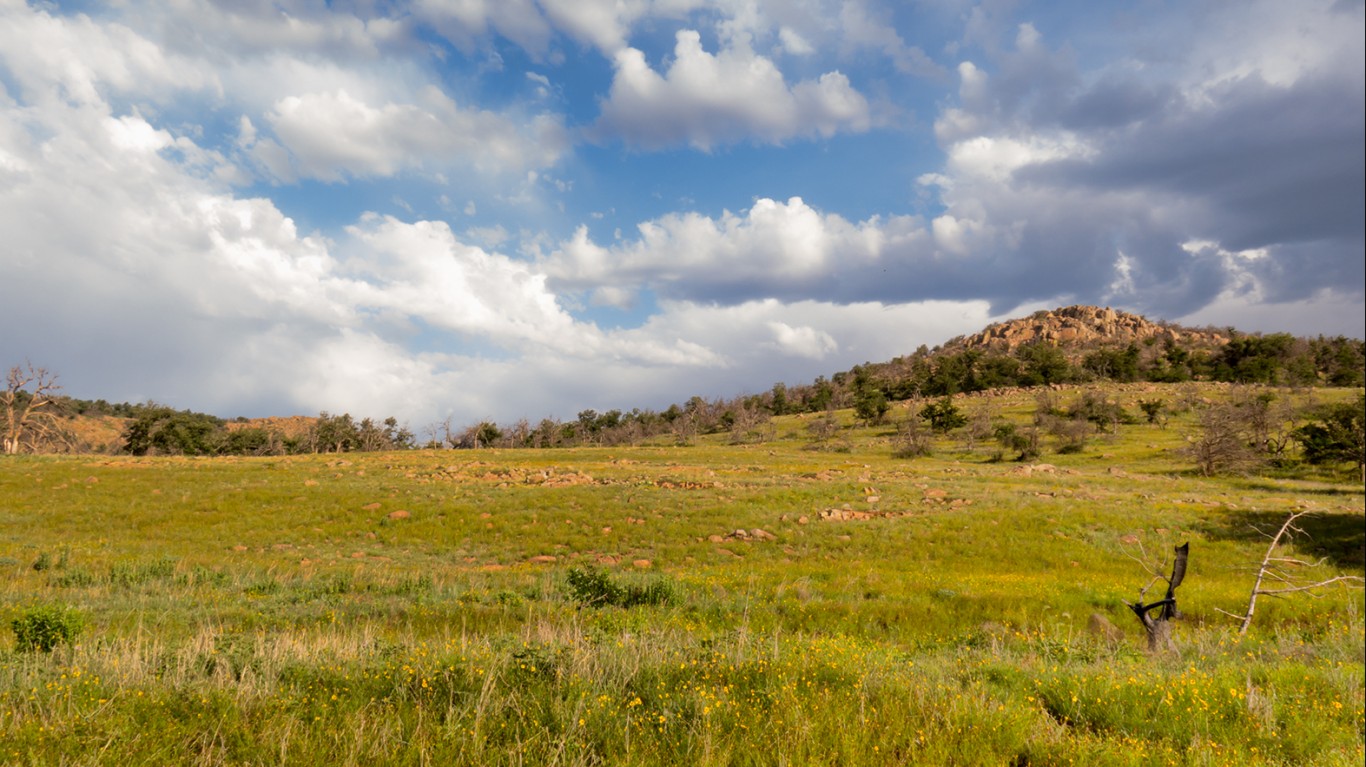 The federal government owns about 1.5% of all land in Oklahoma, or 683,289 acres. Nearly 400,000 of those acres are under the purview of the Forest Service. The FS manages several large tracts of land in the state, including the Black Kettle National Grassland and parts of the Ouachita National Forest.

The second largest federal landholder in Oklahoma is the Department of Defense. Through a number of bases, including the National Guard’s Camp Gruber, the Fort Sill Army base, McAlester Army Ammunition Plant, and Tinker Air Force Base, the DoD owns about one-quarter of all federal land in Oklahoma. 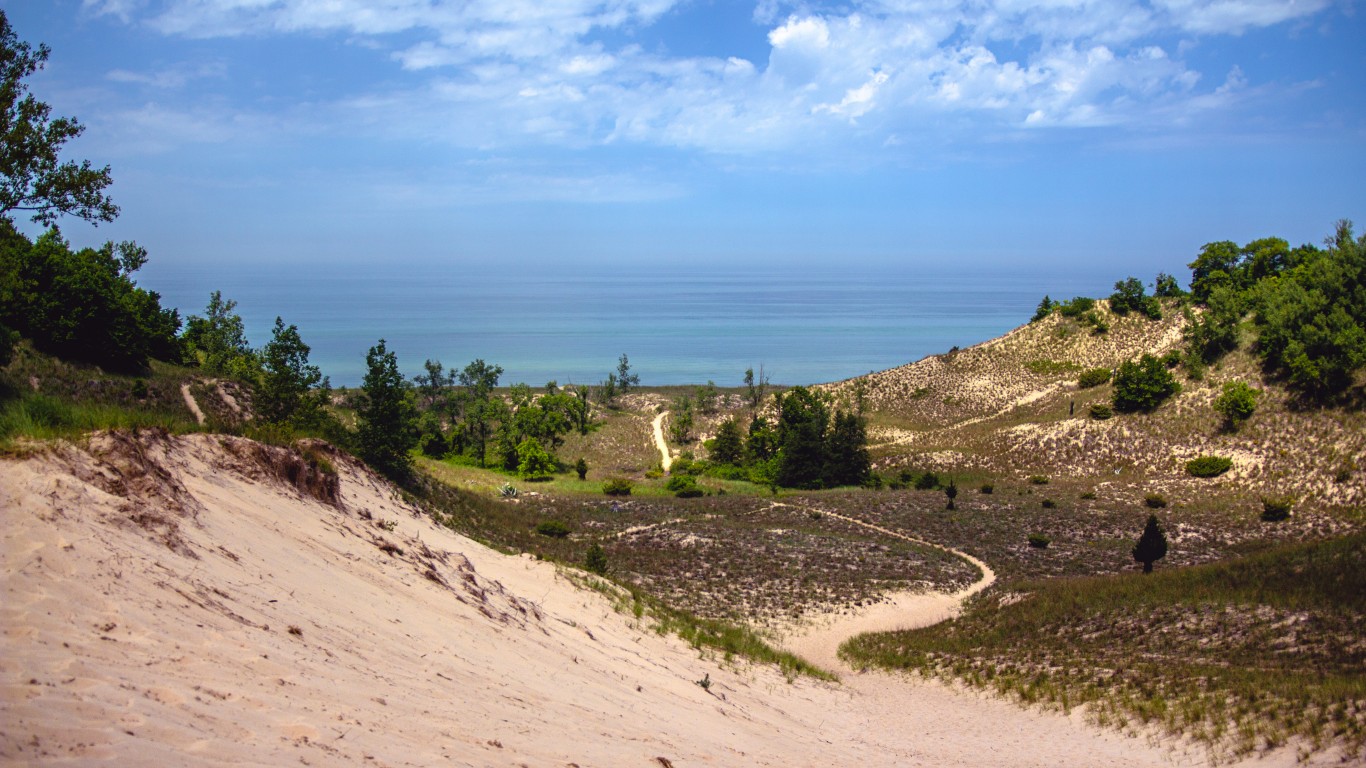 Nearly 385,000 acres in Indiana are owned by the federal government, or 1.7% of all land in the state. The majority of that land is controlled by the U.S. Forest Service, which manages the Hoosier National Forest in southern Indiana. Most of the remaining 180,000 acres of federally managed land in the state are controlled by the Department of Defense. Large military bases in the state include the Crane Naval Support Station, the Army’s Jefferson Proving Ground, and the National Guard’s Camp Atterbury. 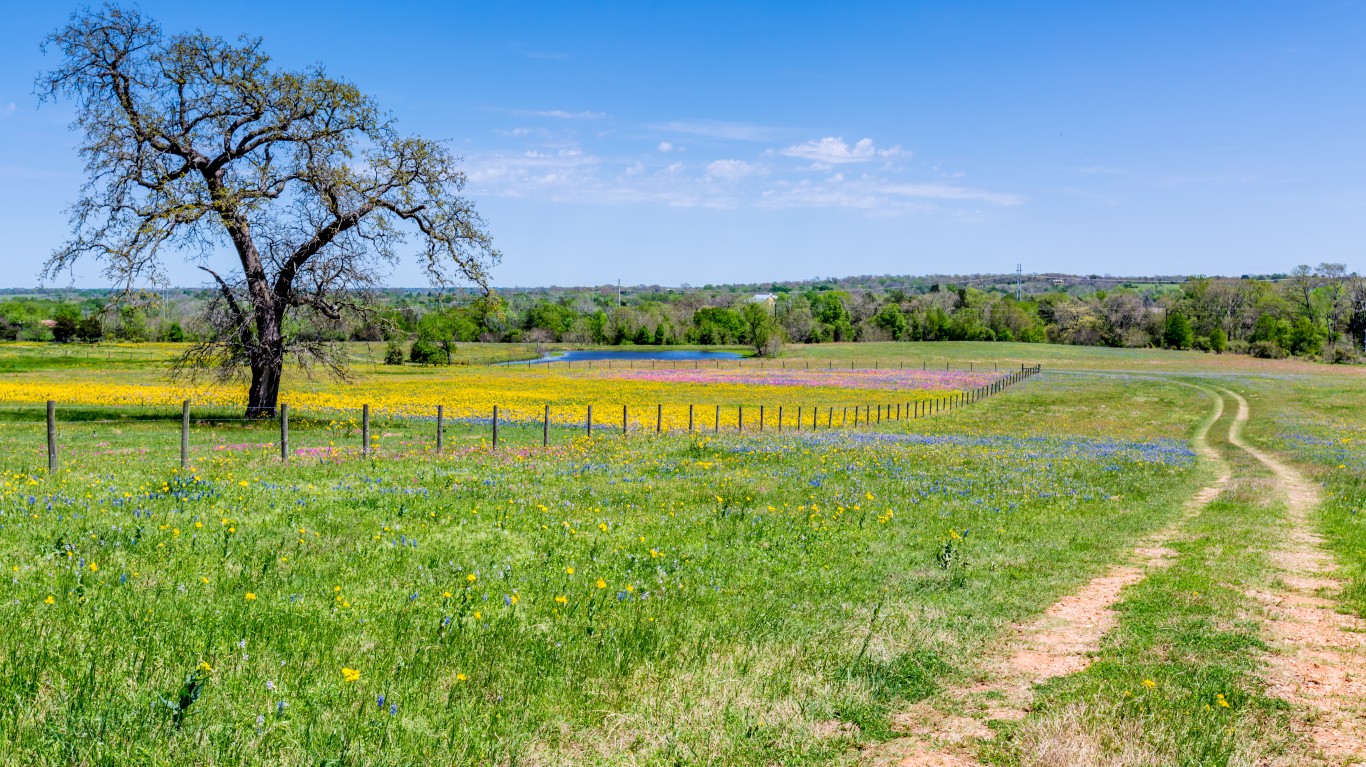 The federal government owns just under 2% of all land in Texas. The state is one of only six nationwide where the National Park Service is the largest federal landholder. The Lone Star State is home to two national parks — Guadalupe Mountains National Park and Big Bend — in addition to two national monuments, several national historical parks, sites and trails, and recreation areas, all managed by the NPS.

Texas is also home to Fort Hood and Fort Bliss, some of the largest Army bases in the United States. The Department of Defense owns about one-fifth of all federal land in the state. 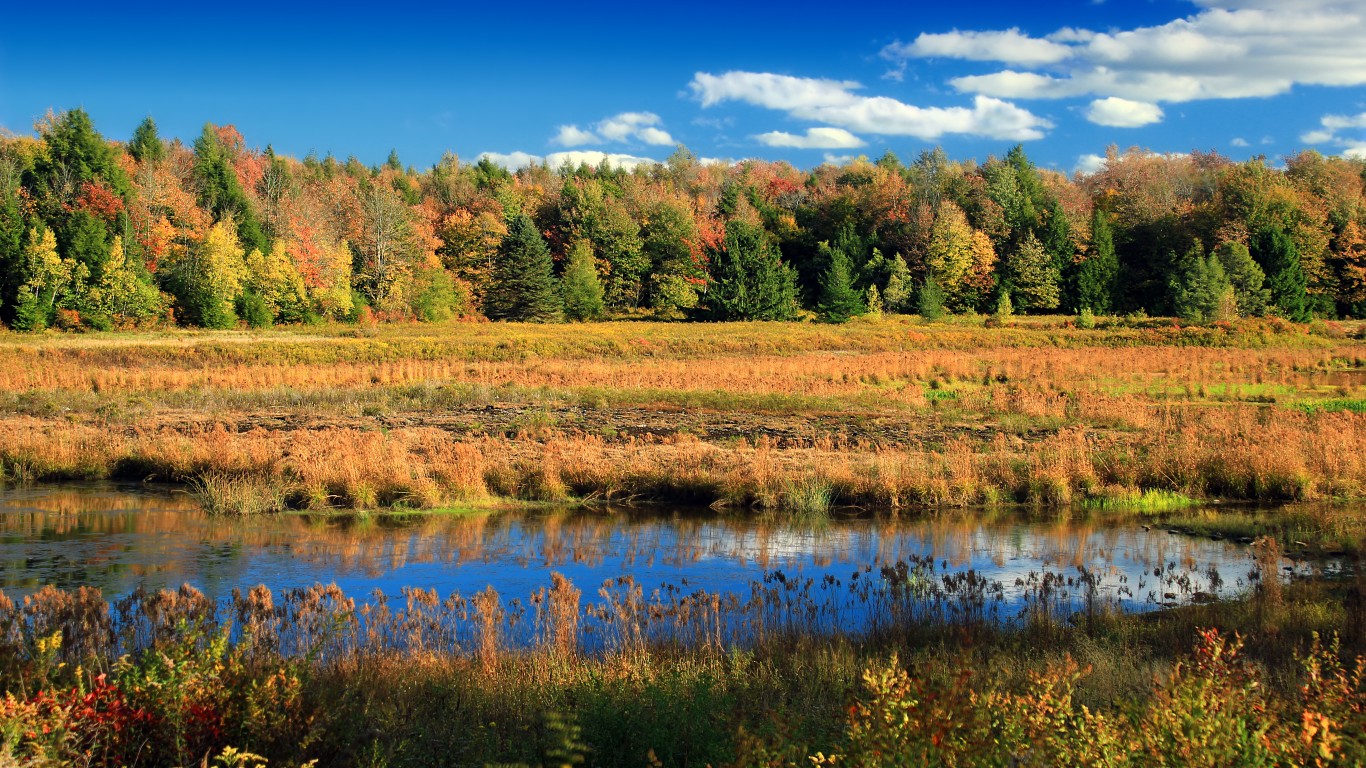 The vast majority of the 622,160 acres in Pennsylvania that belong to the federal government are controlled by the U.S. Forest Service. The Allegheny National Forest in the northwestern corner of the state accounts for nearly all of the Forest Service’s footprint in the Keystone State. 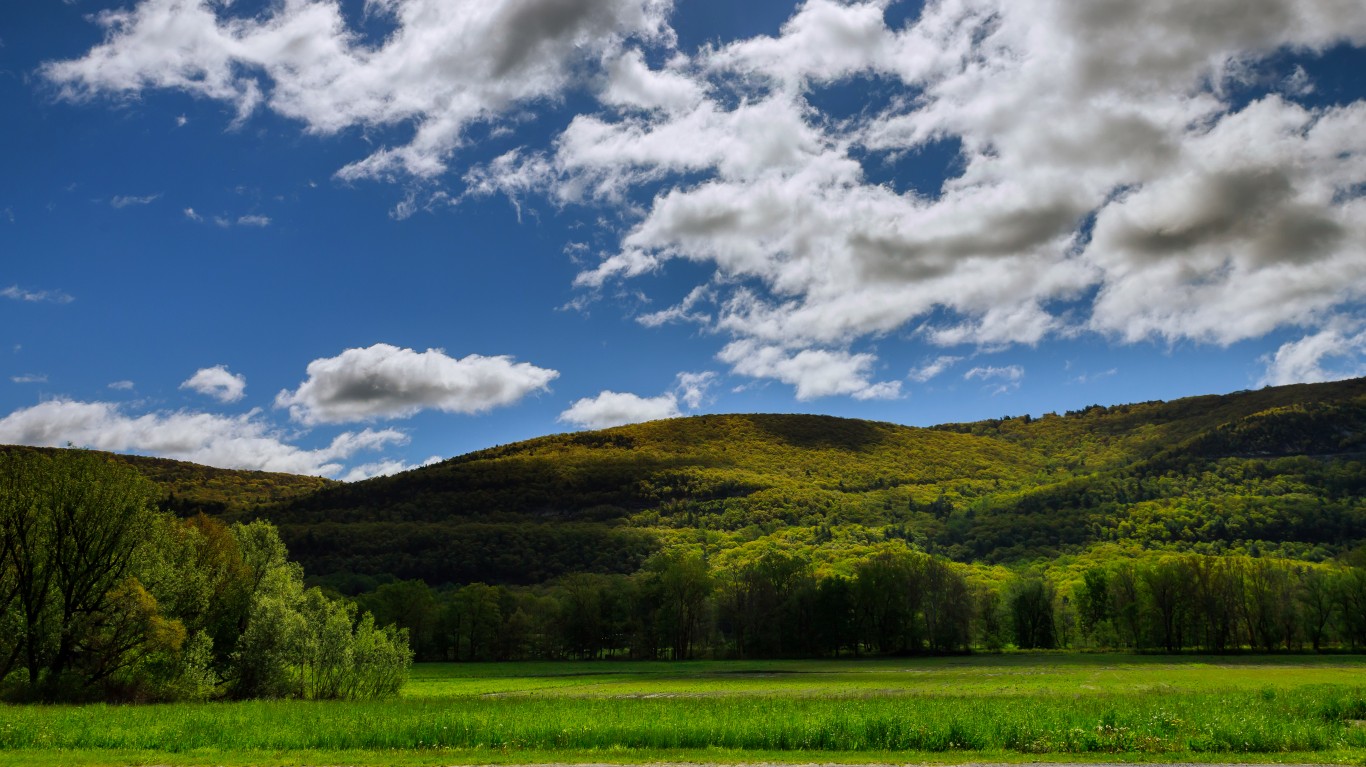 Over 85% of the 29,918 federally owned acres in Delaware are under the purview of the U.S. Fish and Wildlife Service. The agency manages the Bombay Hook and Prime Hook National Wildlife Refuges and the Delaware Bay Estuary Project as well as a law enforcement office in Dover.

The Department of Defense is the second largest federal landholder in the state, controlling about 3,500 acres — most of which are used by the Dover Air Force Base.