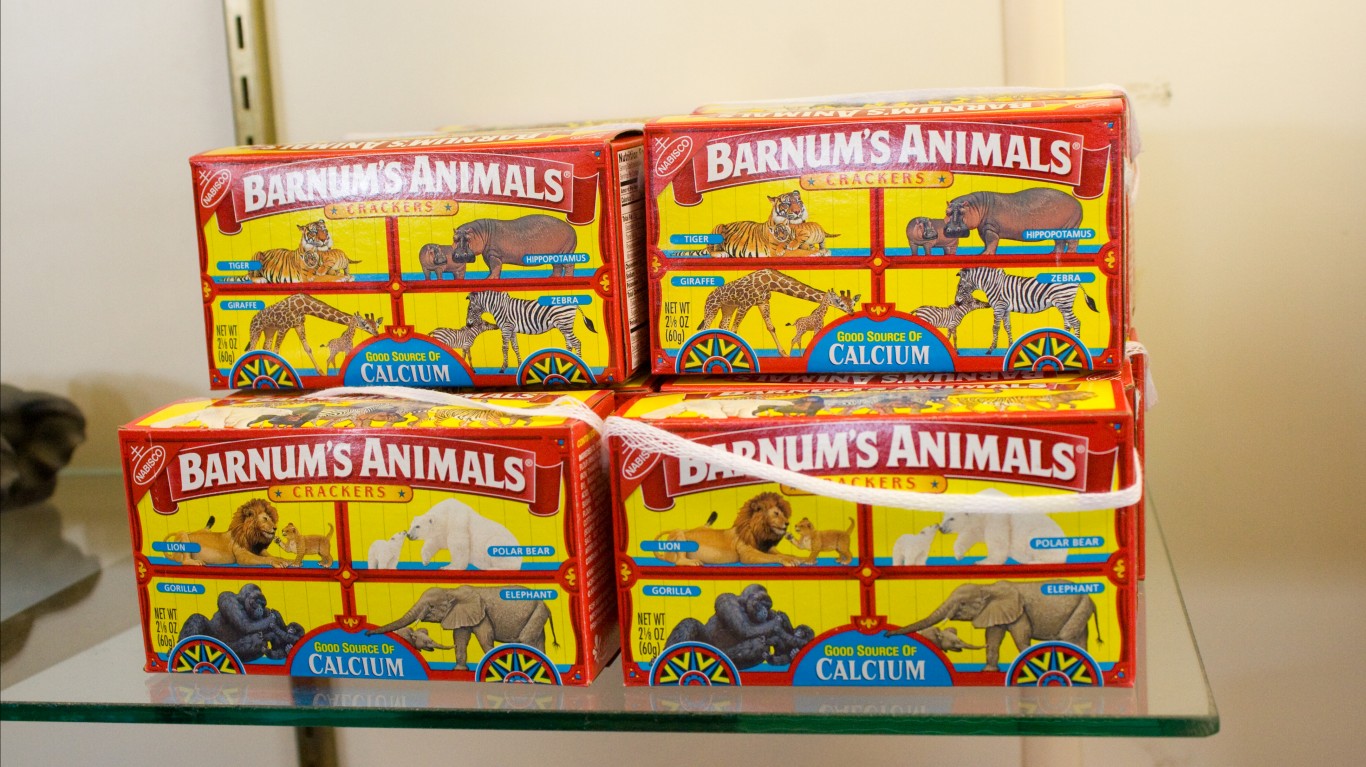 The earliest recipe for cookies formed into the shape of animals, originally known generically as “circus crackers,” or simply “animals,” apparently appeared in J. D. Hounihan’s “Secrets of the Bakers and Confectioners’ Trade,” self-published in Virginia in 1883. However, Stauffer’s Biscuit Company (now a division of Japan’s Meiji Co. Ltd.) claims to have produced the first ones in York, Pennsylvania, in 1871.

Nabisco branded its version, dating from 1902, with the name of showman and promoter P. T. Barnum, who, among other accomplishments, founded the Barnum & Bailey circus. The original packaging featured a string running from end to end because the cookies were sold at Christmastime, and the boxes were intended as tree ornaments. Some 37 different animals (some sources say 54) have been represented in the assortment over the years. This summer, in response to a campaign by PETA (People for the Ethical Treatment of Animals), Nabisco redesigned the packaging to show animals side by side in a grassland rather than in cages. 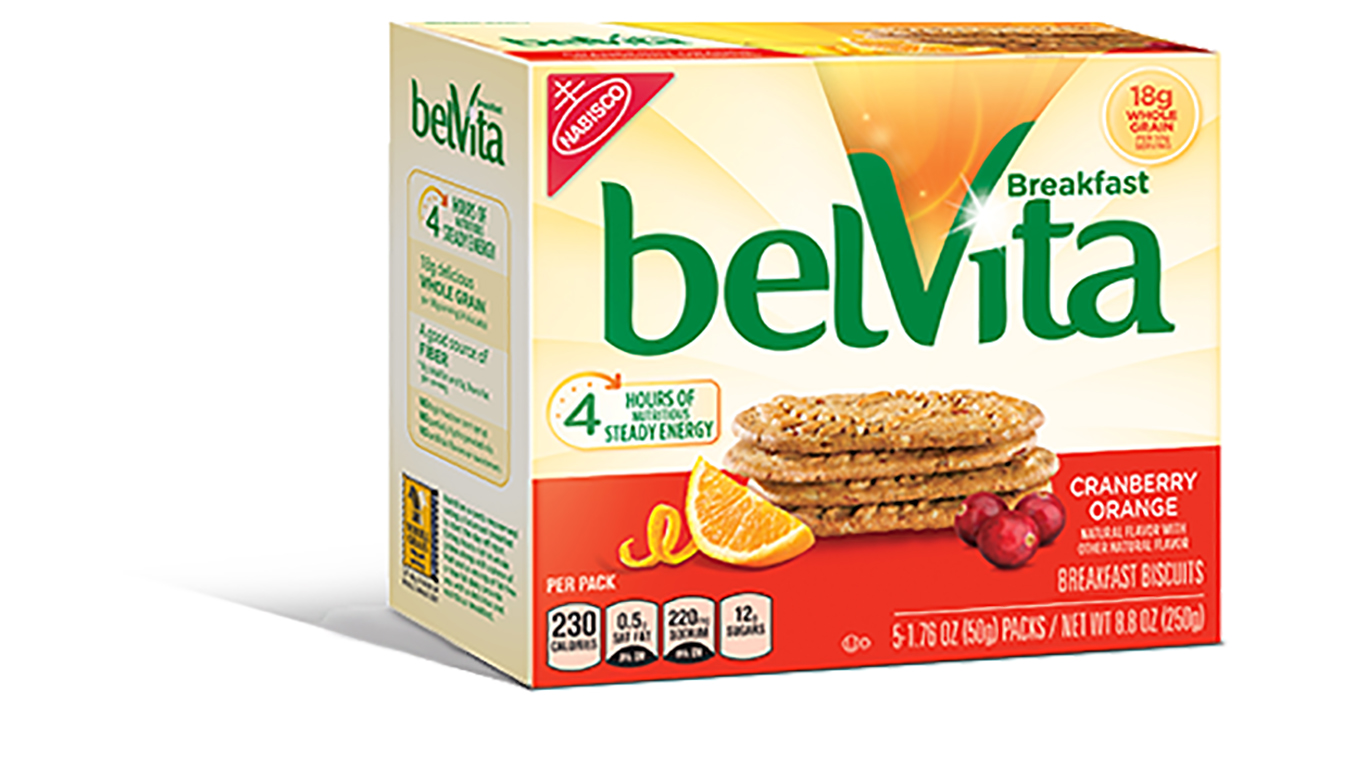 These are crisp, slightly sweet, rounded-rectangular “biscuits” — the French word for cookie, a more accurate description of the product. BelVita Breakfast Biscuits originally launched in France in 1998 as Petit Déjeuner — “breakfast” in French — under Groupe Danone’s LU label. Research had shown that some consumers were already eating cookies at breakfast time, so the company — and subsequently other manufacturers — decided to design a product specifically for the purpose. (The biscuits go very well with coffee.) Kraft Foods bought Danone’s biscuit and cereal business in 2007, and three years later rebranded the biscuits as belVita. They first appeared in America in 2012 and racked $341 million in sales in the 12-month period ending Dec. 3, 2017. 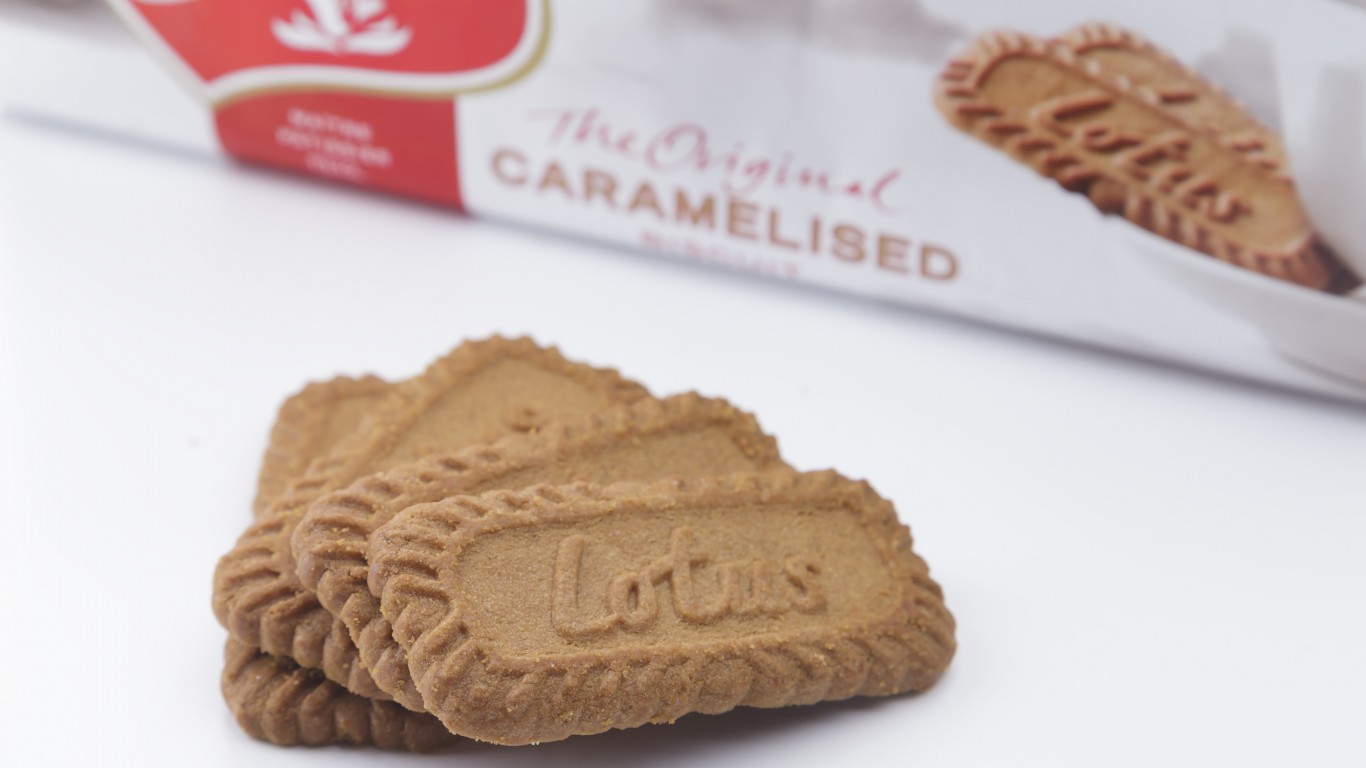 The speculoos is a spiced, caramelized Belgian cookie, apparently dating back to 1870, and traditionally eaten on St. Nicholas Day (Dec. 6). In 1932, three brothers named Boone opened the Lotus bakery in the small Belgian farming town of Lembeke, 40 miles northwest of Brussels, specializing in two items — gingerbread and their version of speculoos. After World War II, the bakery phased out the gingerbread and had become the leading producer of speculoos worldwide by 1963. In the 1950s, the bakery began promoting the cookies as a perfect mate for coffee, and today, while they are still sold as speculoos in Europe, they’re labeled Biscoff — for “biscuit” and “coffee” — in the U.S. The cookies first came to this country in 1986 as in-flight airline samples, and they are now served on a majority of American-based airlines. 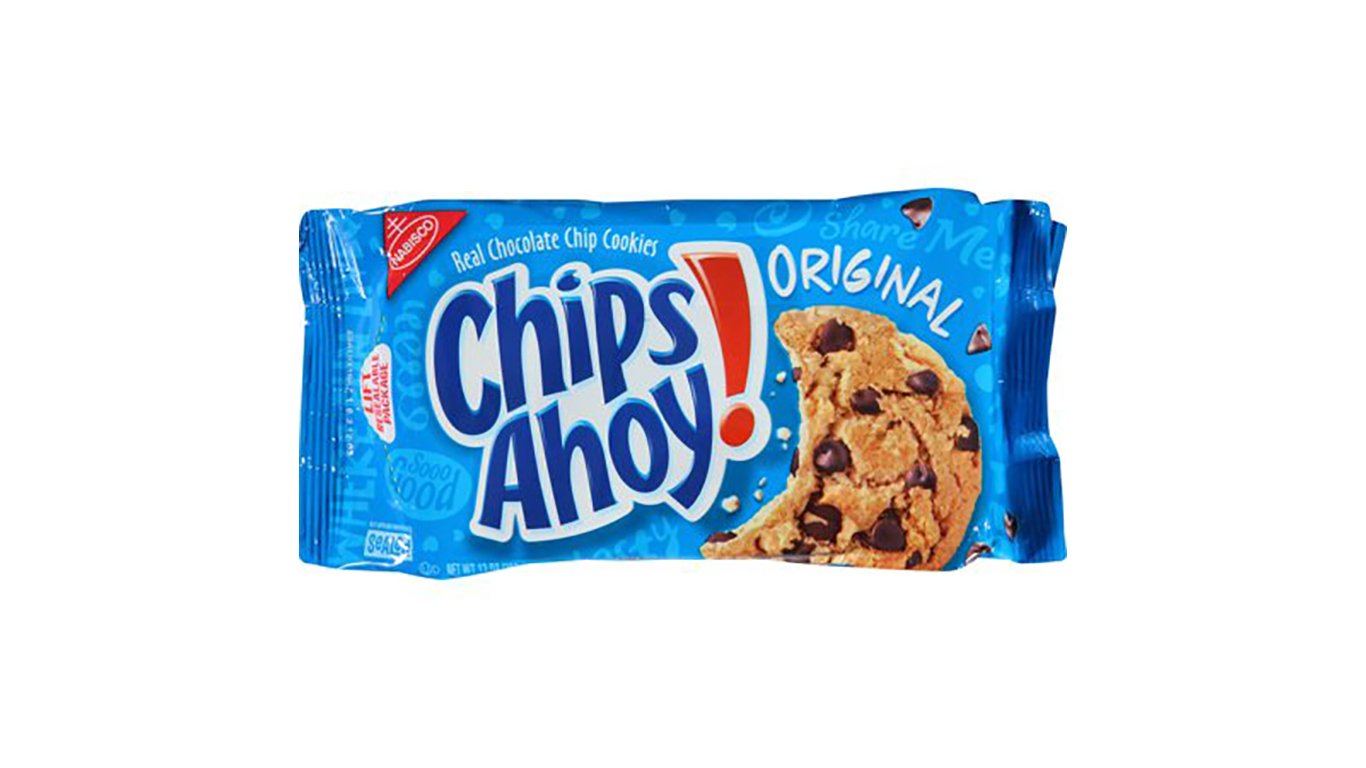 There’s no folksy origin story here. The Chips Ahoy! brand was created in-house by Nabisco in 1963. In the early 1980s, when smaller scale cookie operations like Famous Amos, David’s Cookies, and Mrs. Fields began competing with larger brands, the company doubled the number of chocolate chips in every cookie, from 16 to 32 (later scaled back to 24). In the 1990s, ads proclaimed there were 1,000 chips in every bag. A third-grade arithmetic class in Wadesboro, North Carolina, famously challenged this count in 1996, finding a maximum of 680 chocolate chips in every bag they sampled. Nabisco responded that the students were counting only the chips visible on the surface of the cookies, and advised the children to soak the cookies in water so that the dough could be easily separated from the chips. Doing this and counting again, they found 1,181 chocolate chips in a bag — a finding reported everywhere from the Wall Street Journal to The Today Show. Chips Ahoy! sales jumped almost 20% as a result. 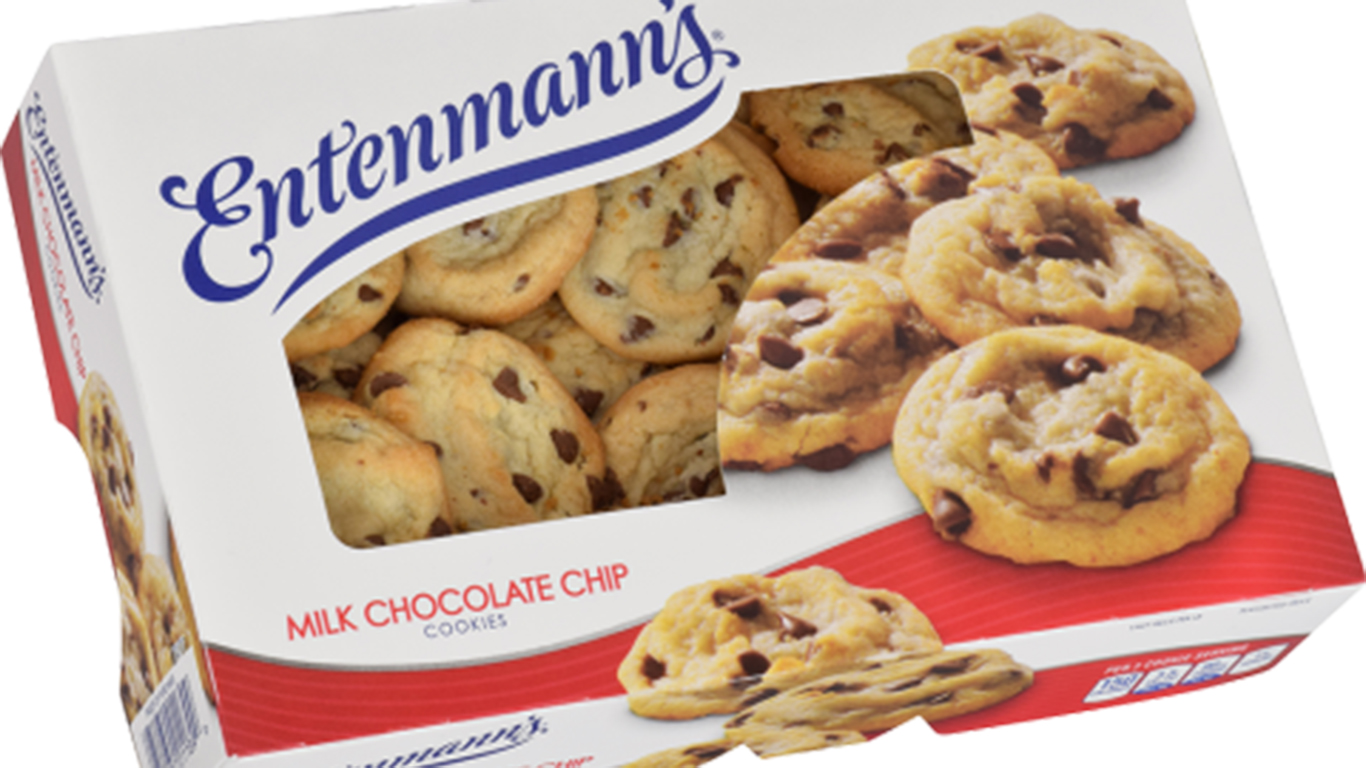 German immigrant William Entenmann opened his first bakery in Brooklyn in 1898, and later moved the operation to Long Island. The business expanded into Connecticut, New Jersey, Florida, the Midwest, and the West Coast, remaining under family control until 1978, when it was sold to the pharmaceutical company Warner-Lambert. It is now owned by Mexico’s Grupo Bimbo, the world’s largest baking company. In 1974, after establishing a reputation for such products as apple pie, chocolate doughnuts, and the popular All Butter Loaf Cake, Entenmann’s introduced chocolate chip cookies, using chocolate made in-house. Since then, more than 620 million cookies have been sold.