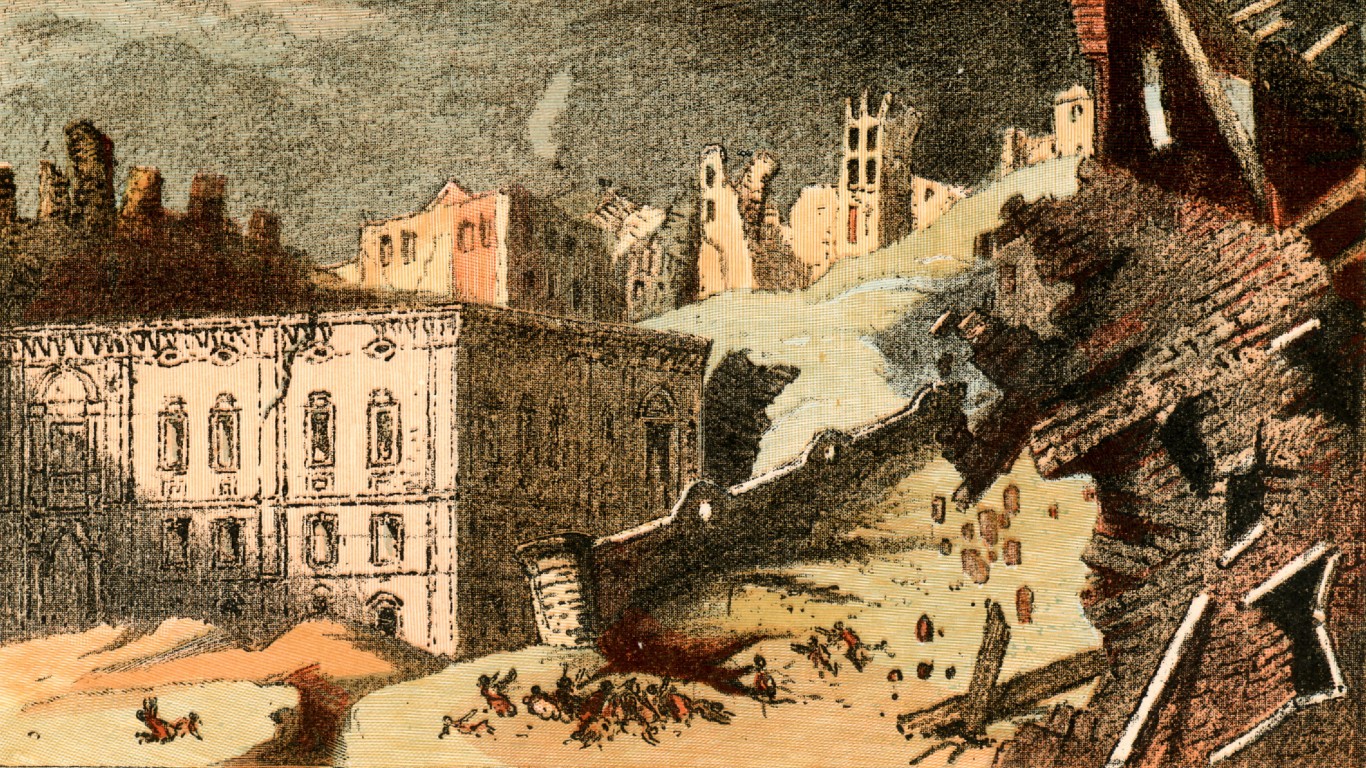 The Great Lisbon Earthquake was several earthquakes that devastated Lisbon (along with several other cities on the Algarve coast) on Nov. 1, 1755. Seismologists estimate the tremor had a magnitude in the range 8.5-9.0 on the moment magnitude scale. The earthquake generated a tsunami with waves about 20 feet high. About 60,000 people, or about a fifth of the port city’s population, perished that day, and most of the city’s infrastructure was destroyed.

Today, Lisbon is a major tourist destination, known for its beaches as well as art scene. Portugal’s capital often lands on lists such as best cities in the world and best places for expats. 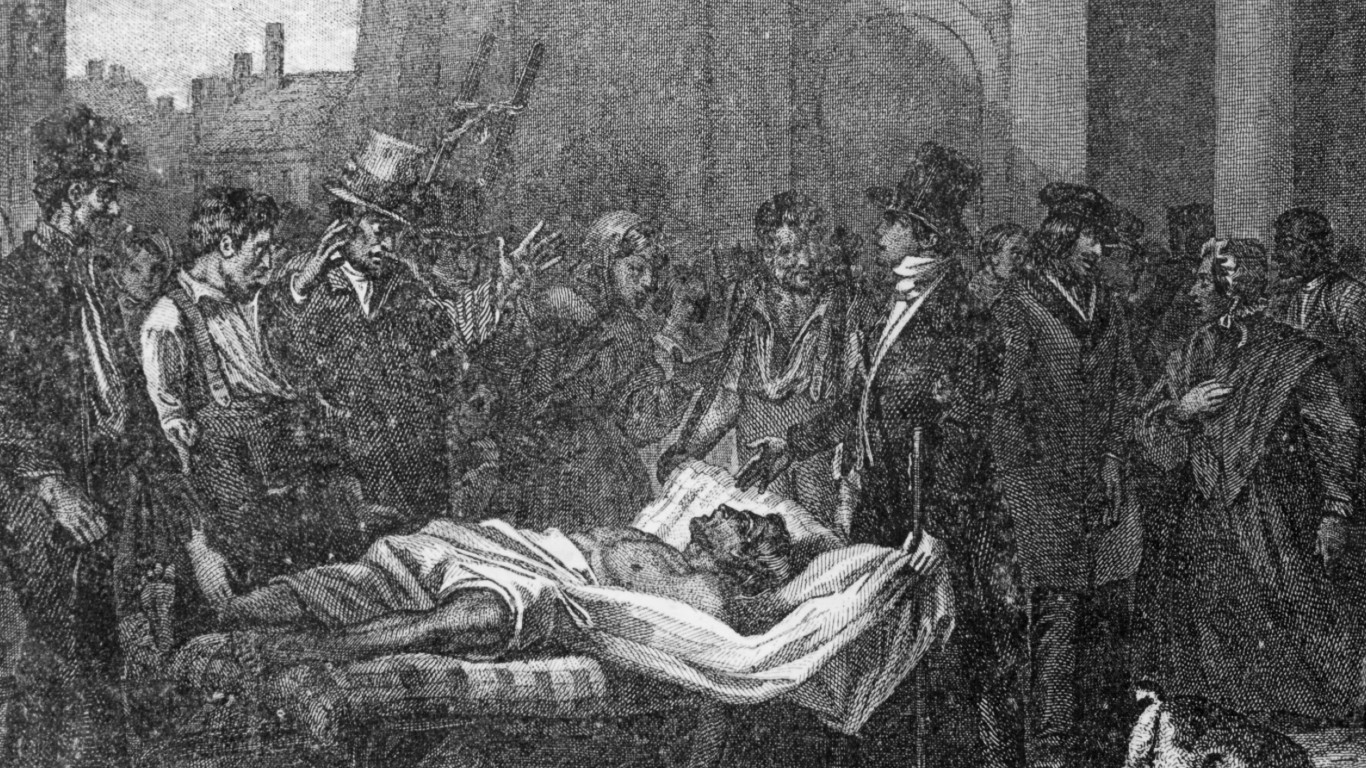 A cholera epidemic swept through Paris for over six months starting in May of 1832, killing 19,000 people. The event prompted city planners to take steps to address the issue of public hygiene. They widened the streets and sidewalks, eradicated the warren of overcrowded slums, and created a drainage system.

The movement for better public hygiene was a key aspect of the planning of the city by renowned urban planner Baron Haussmann and the plan was crucial in shaping the city that we know today. 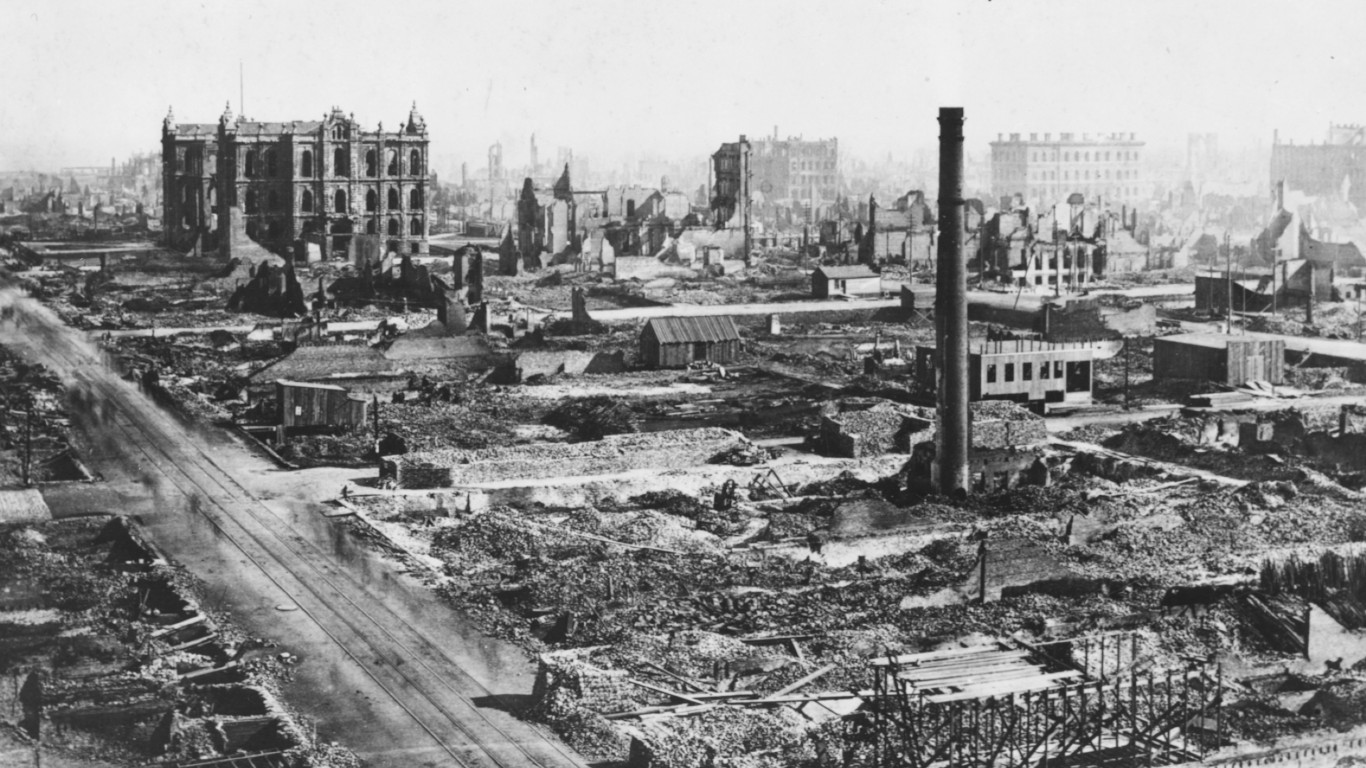 The Great Chicago Fire of 1871 burned throughout the city for two days. Flames spread from a barn in the southwest side of Chicago and, carried by strong winds, they moved several miles to the business district, destroying more than 17,000 buildings and 73 miles of streets, killing 300 people, and displacing 90,000. Years of rebuilding followed, during which time the city became a new, urban center with big businesses moving in and innovatively designed buildings.

Today, Chicago is the third most populous city in the U.S. with a population of nearly 3 million people. The Windy City is an important cultural and arts destination, a major sports city. Also, Chicago often makes lists like best big cities to live in as rated by Conde Nast Traveler readers. 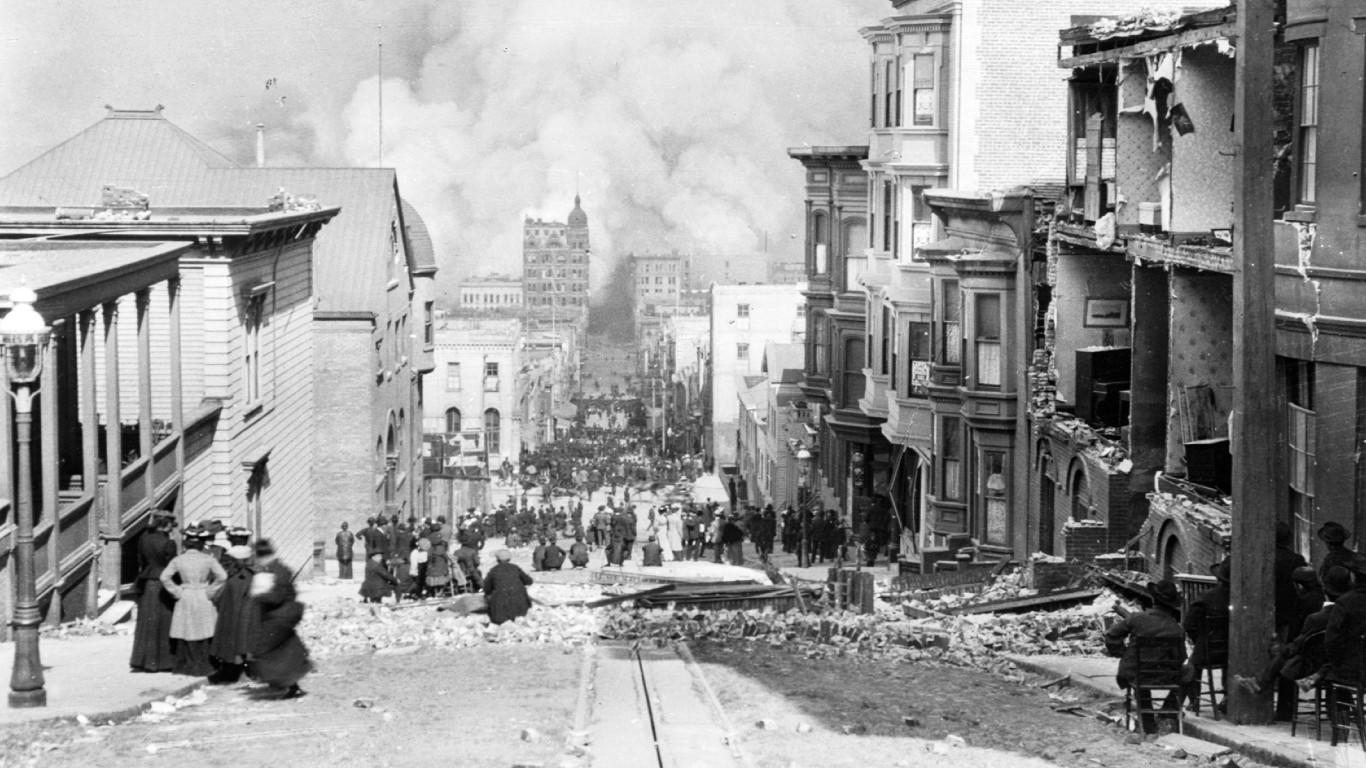 A 7.9 magnitude earthquake on April 18, 1906, shook San Francisco, igniting fires around the city that wiped out about 500 city blocks. The tragedy was amplified by the buildings that were constructed on reclaimed swampland and the use of unreinforced brick masonry.

In the aftermath, the city quickly cleared the debris and improved its water system. In its zeal to rebuild quickly, San Francisco shelved plans to create wide boulevards. Its charm and eccentricity make the city one of the biggest tourist destinations in the United States. 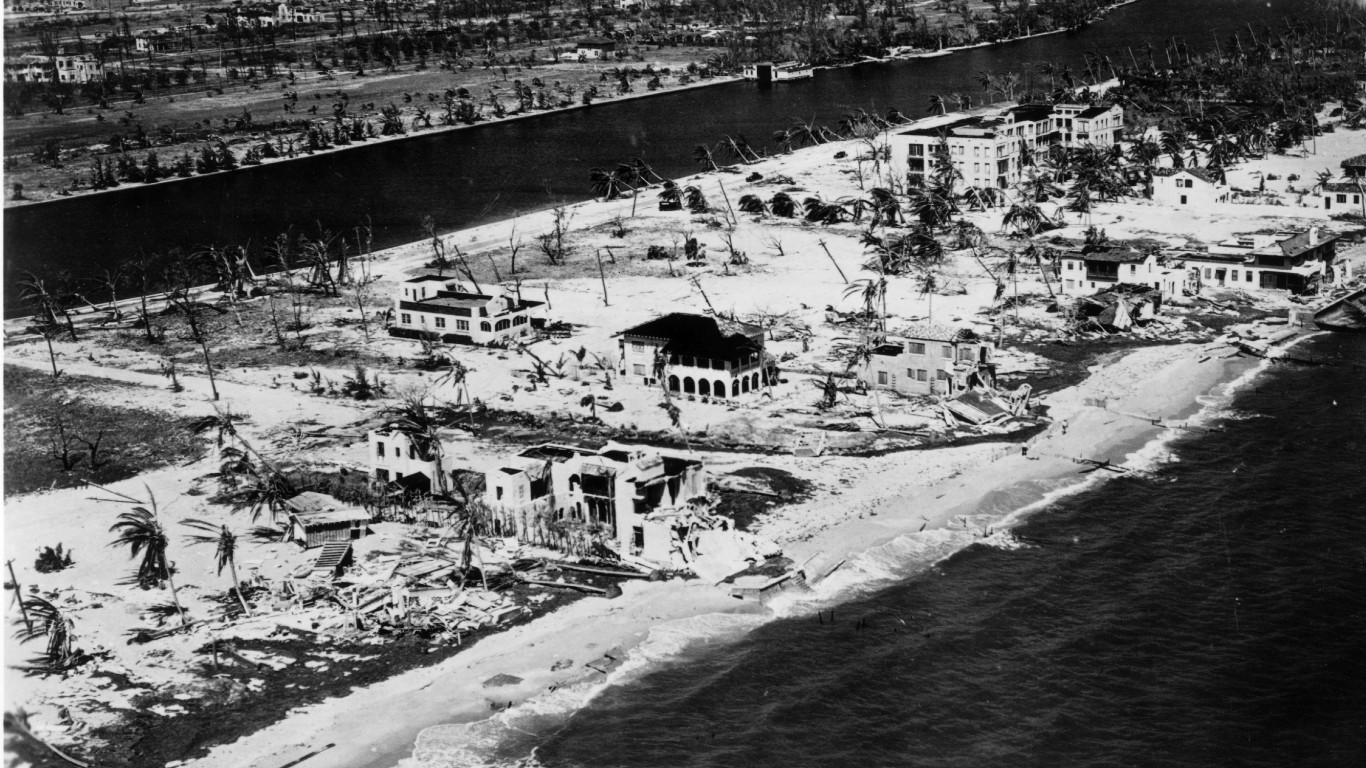 Miami, Florida, and the Gulf Coast in general, are no strangers to hurricanes. But the 1926 Category 4 storm has been described by the Weather Bureau as “probably the most destructive hurricane ever to strike the United States.” It first hit the Bahamas, moving on to hit Fort Lauderdale, Dania, Hollywood, Hallandale, and, most severely, Miami. The winds of up to 150 mph and storm surge of 10 feet caused the most property damage in U.S. history at the time.

Today, Miami has a population of about 470,000 people. The city is a major destination for people who want to escape cold winters in the North, eat authentic Cuban food, or party.