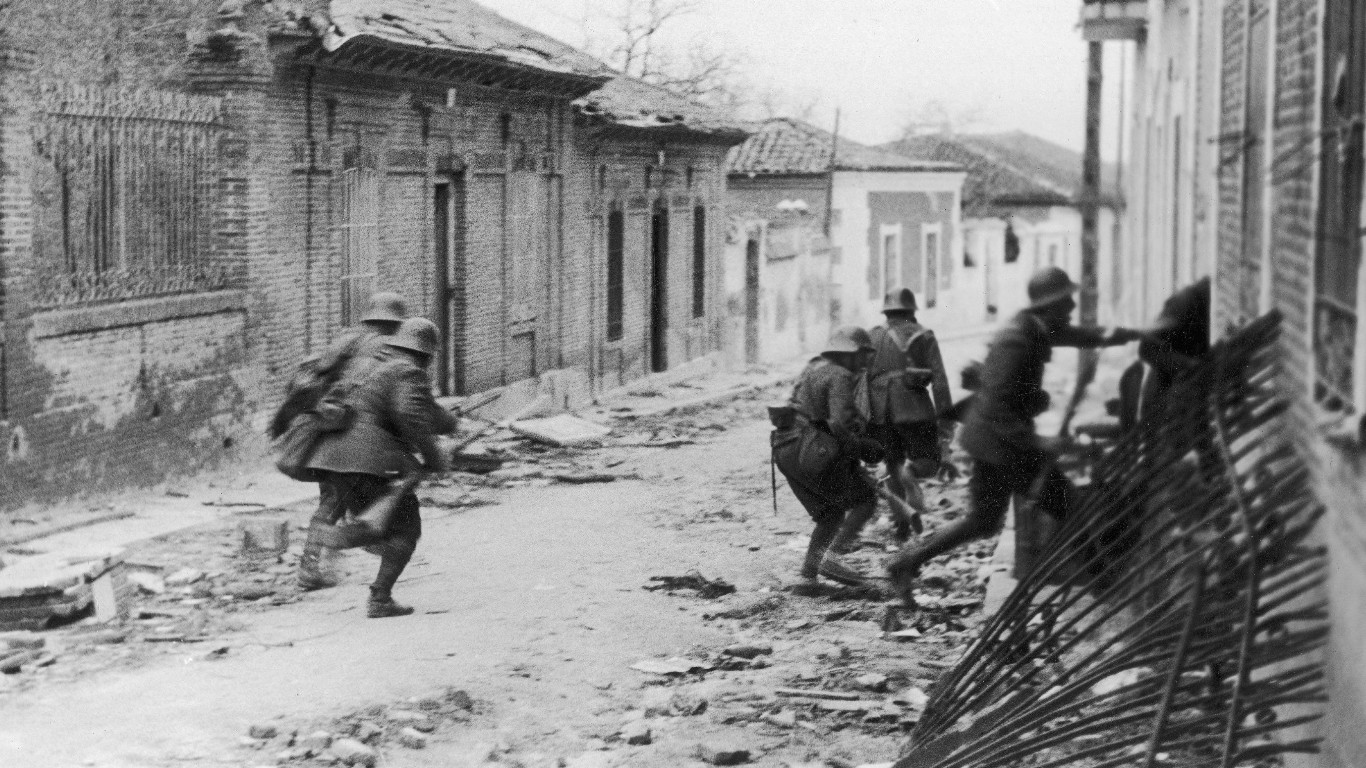 Planes flown by General Francisco Franco’s fascist forces and from Nazi Germany conducted bombing raids on Madrid during the Spanish Civil War beginning in August of 1936. Buildings such as the Palace of Moncloa — the residence of the Spanish prime minister — were destroyed during the siege but eventually reconstructed.

Spain has become the world’s second-most visited country after France, with tourism comprising nearly 12% of gross domestic product. In 2019, around 7.64 million international visitors came to Madrid, an increase of about 4.5 million more visits than in 2001. 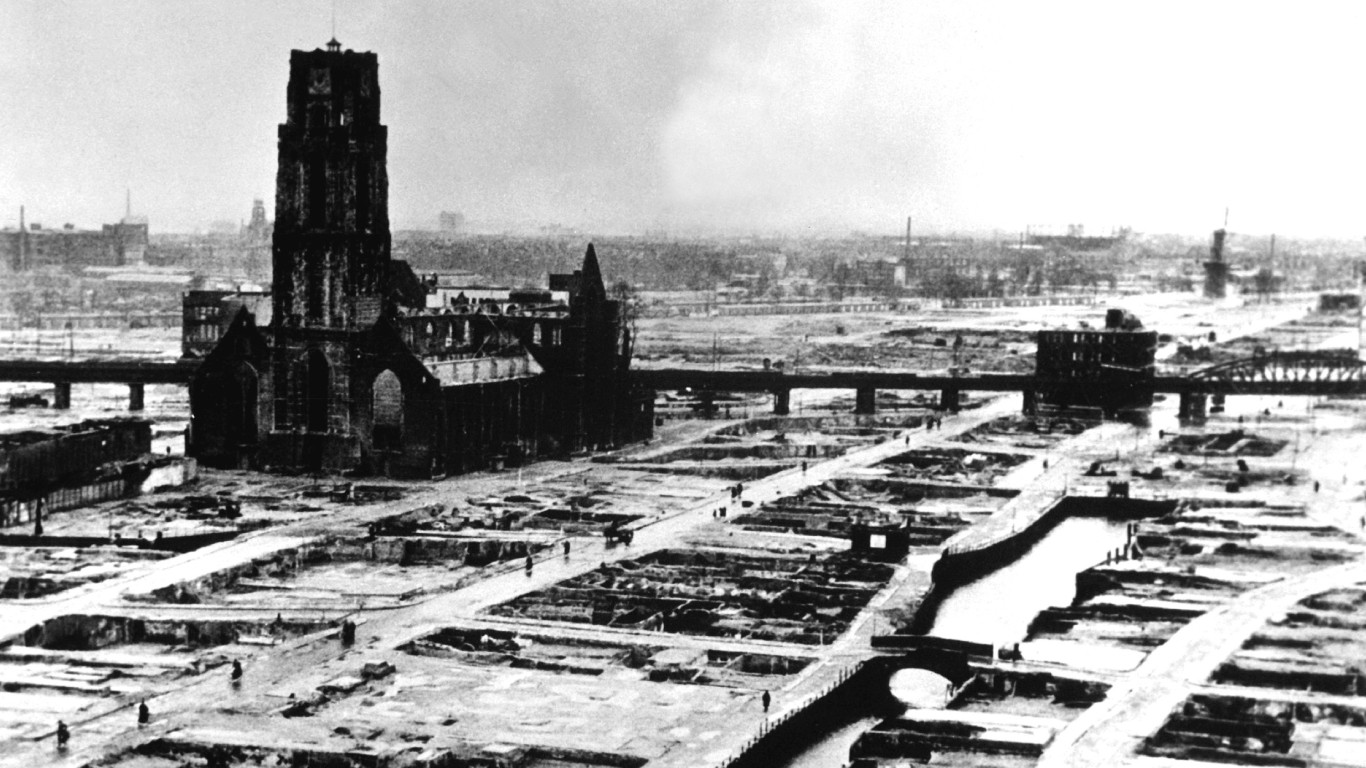 The 1940 German bombing of Rotterdam during World War II destroyed all but a few structures in the city. Nazi forces, which wanted to capture the port city because of its strategic location, bombed Rotterdam for a day, wiping out more than 25,000 buildings.

The city, which was basically rebuilt from scratch, used the chance to remodel in a way that fixed its previous problems of overcrowding and poverty-stricken neighborhoods. Today, Rotterdam is the Netherlands’ second most populous city and the biggest port city in Europe.

ALSO READ: 23 Countries That No Longer Exist and the History Behind Them 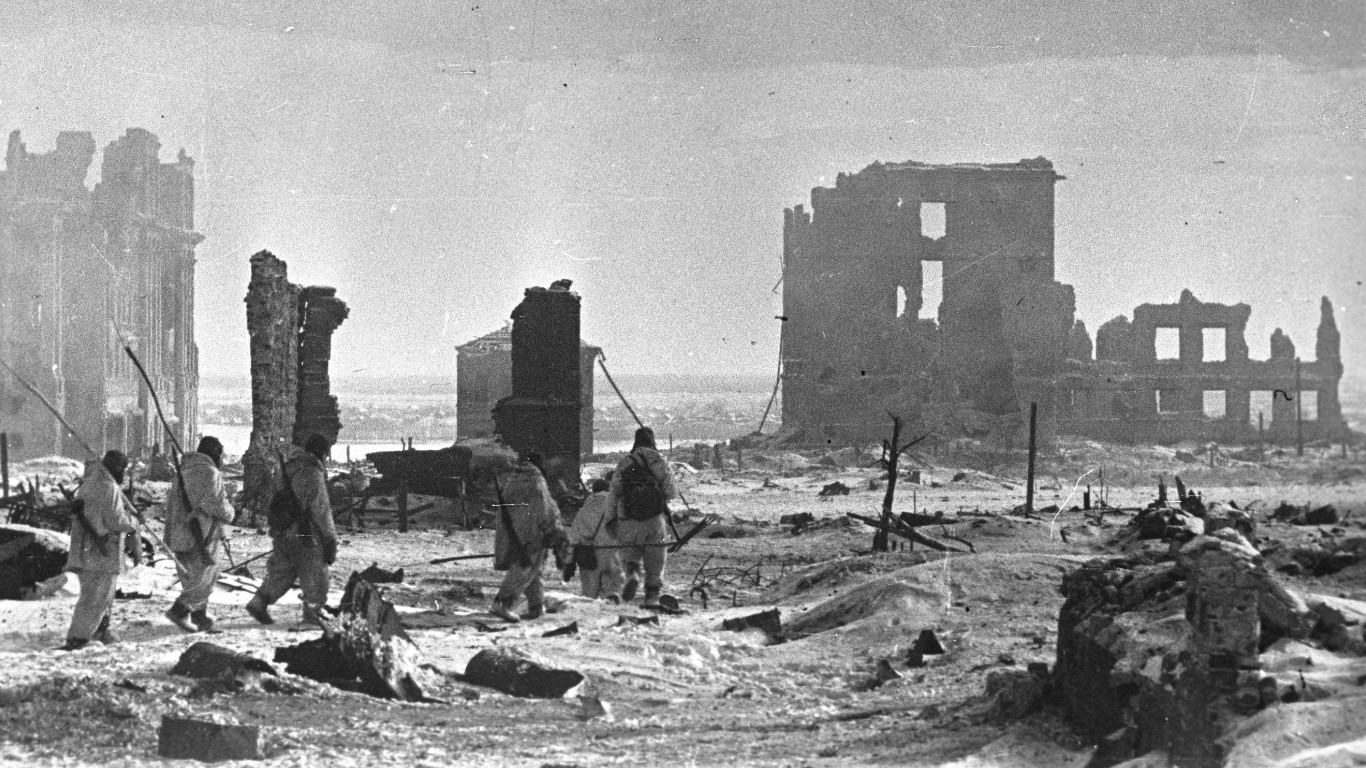 Volgograd in Russia, formerly Stalingrad, was the site of WWII’s largest and most destructive battle. Hundreds of thousands of soldiers from the Soviet Union and Nazi Germany were killed. By the war’s end in 1945, only 1,500 people were left from a city whose population had numbered about 850,000.

The rebuilt city, including its famous Children’s Circle Dance Fountain and the statue The Motherland Calls, was reconstructed in a monumental style to salute the heroism of the Russian people. 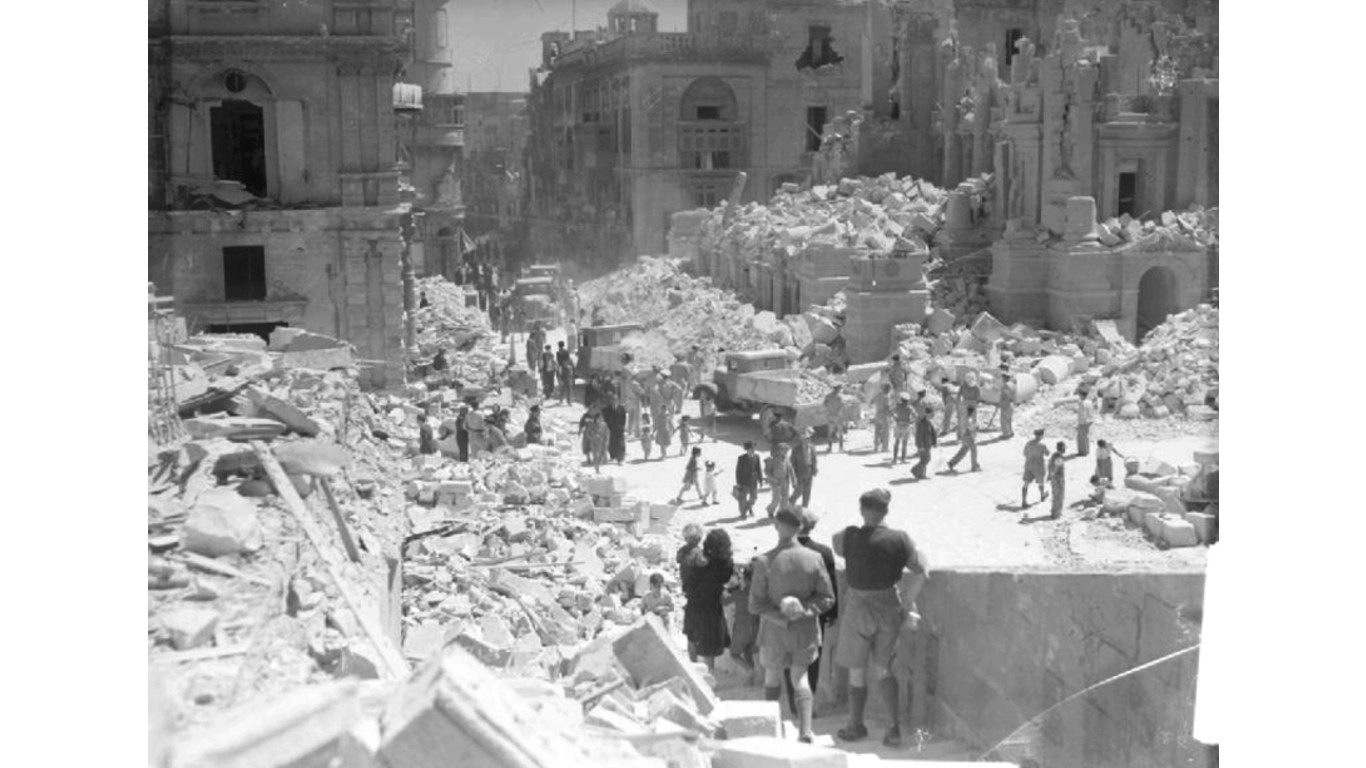 When Italy bombed Malta in 1940, the strategically important island became the most bombed place on Earth. Italian bombers began their siege on the country by attacking Valletta and its harbors. The capital of Malta, then Britain’s strategic naval position in the Mediterranean, was the military and commercial center of the country, as well as the most densely populated city.

It took more than four decades for the city to fully recover. Today, the tiny, fortified capital is a World Heritage site because of its historical importance. It was the 2018 European Capital of Culture. 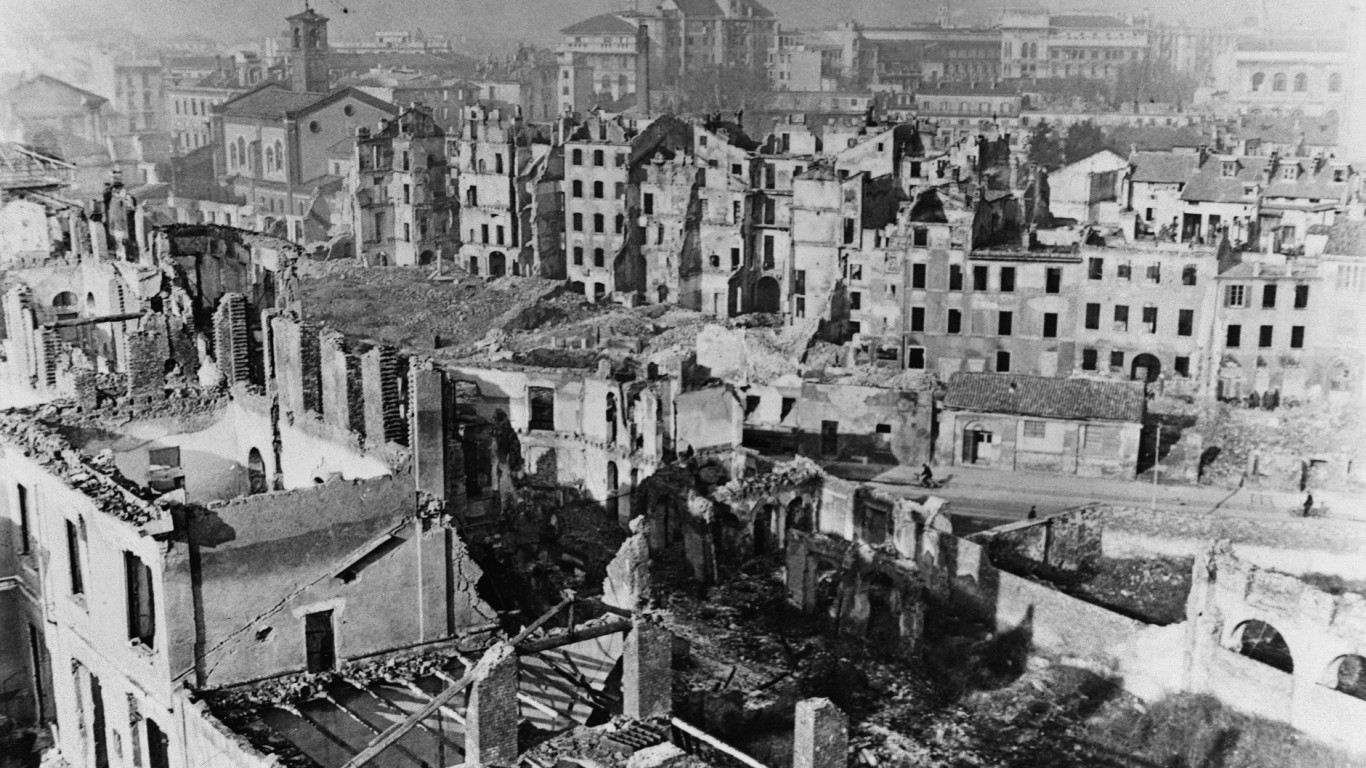 Milan, the second-most populous city in Italy, was a strategic target of Allied bombing during WWII because of its importance as an industrial and manufacturing center. The air raids destroyed many works of art and architecture. Leonardo da Vinci’s immortal painting “The Last Supper” as well as the famed Ciborium of St. Ambrose were spared from the destruction.

Milan began to get back on its feet in May 1946 with the reopening of the famed Teatro alla Scala. After the war, greater design freedom flourished in Milan with the construction of the medieval-influenced Torre Velasca; the Pirelli skyscraper, one of the tallest reinforced concrete buildings in the world; and the Padiglione d’arte Contemporanea, the contemporary art museum. Milan is also one of the world’s fashion centers.