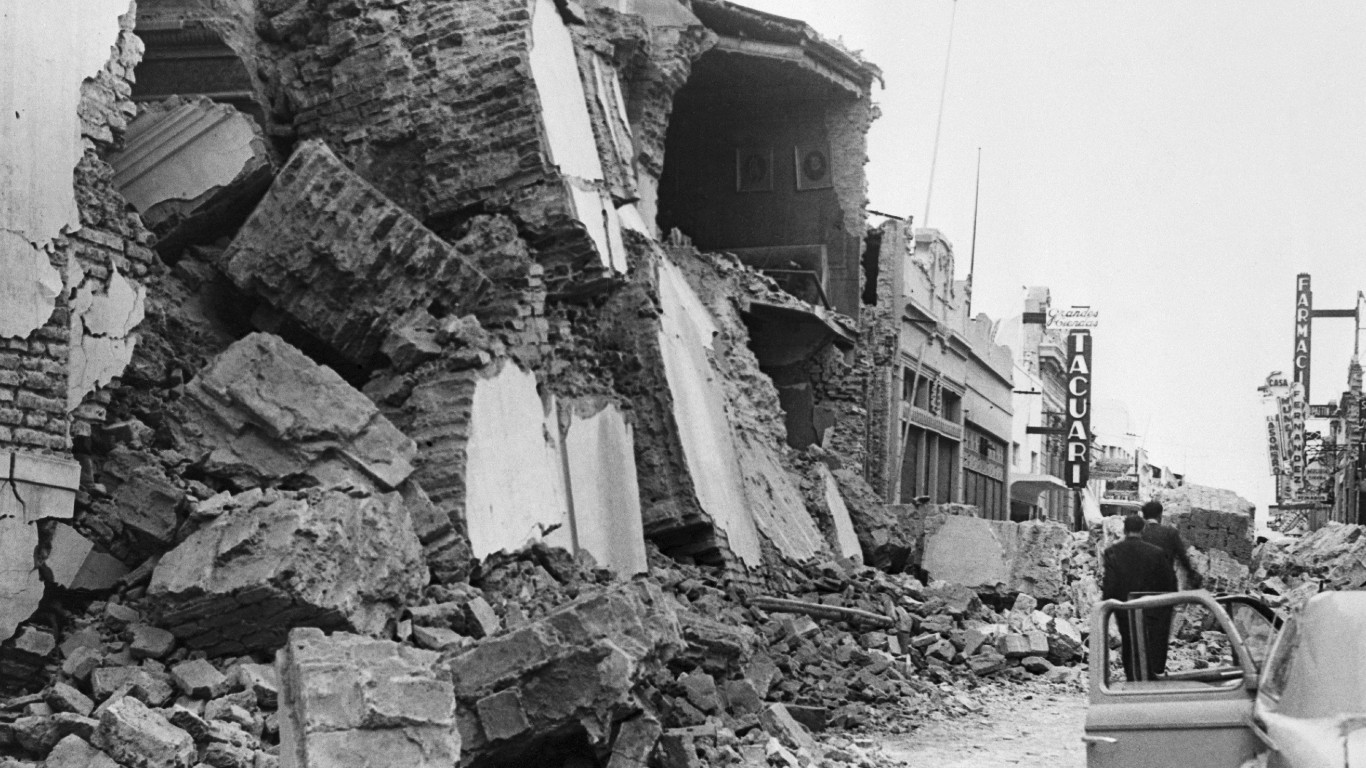 The city of San Juan, capital of the Andes Mountain Province of the same name suffered catastrophic damage from an earthquake that lasted less than a minute. It had an estimated magnitude of around 7.8 on the Richter scale. The death toll was estimated to be around 10,000, about a 10th of the area’s population at the time. It was the worst natural disaster in the country’s history.

San Juan is now one of Argentina’s most modern cities, with a population of around 120,000 people. Today, the city is best known for its wine. 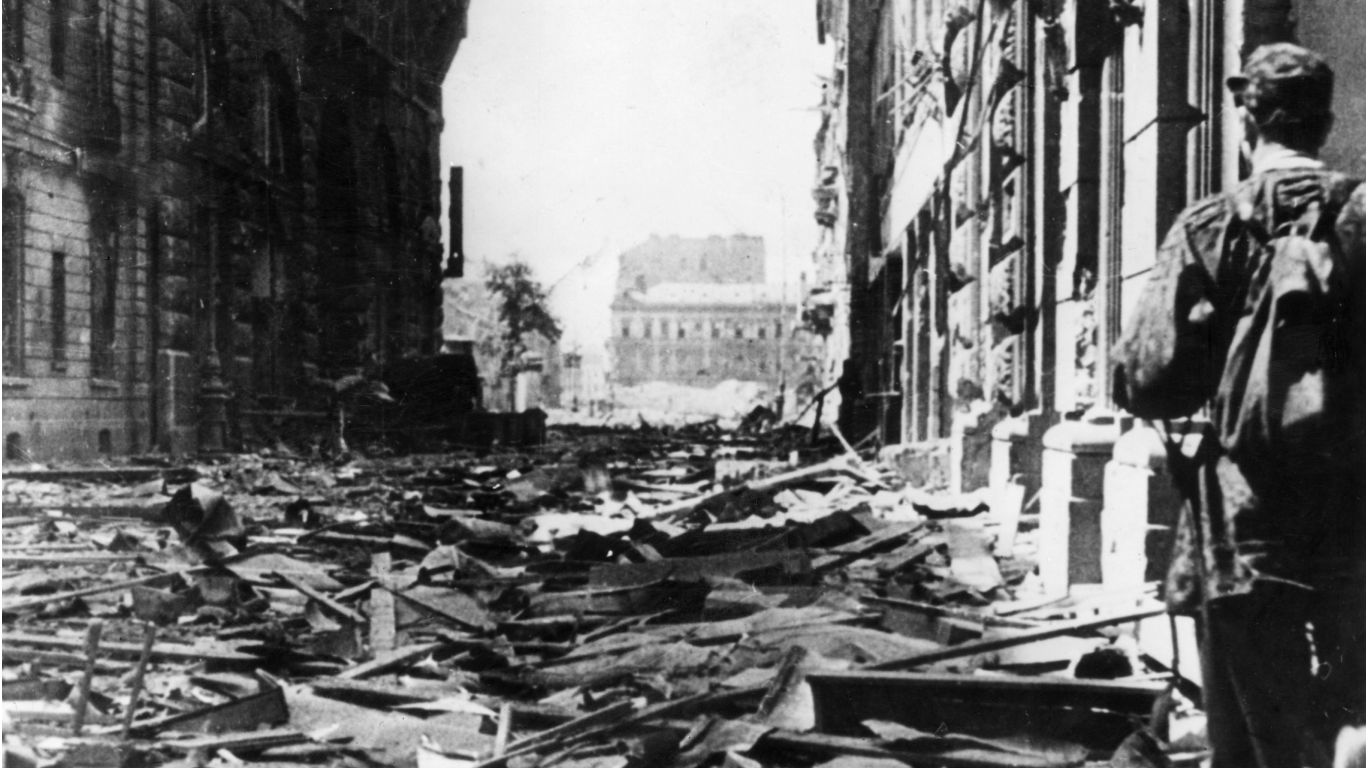 The Polish capital of Warsaw suffered damage from German air raids at the start of WWII. The worst was still to come. As Nazi troops retreated across Poland in 1944, the Polish resistance movement initiated the Warsaw Uprising, which lasted for more than two months. The Germans crushed the revolt and in revenge razed virtually the entire city, destroying churches, palaces, and libraries. 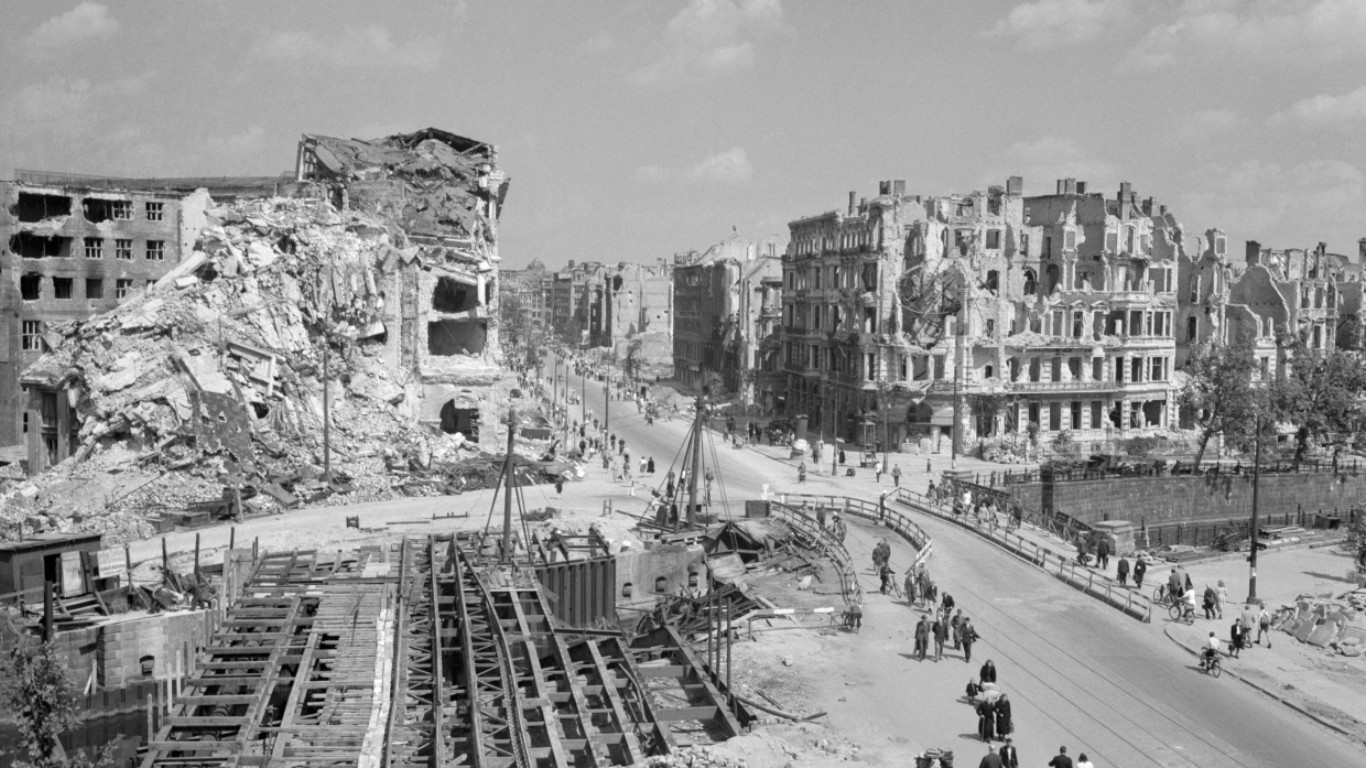 About 80% of Berlin was reduced to rubble toward the end of WWII. The Soviet army fought with the Nazi forces street by street for two weeks to take control of the city, before Nazi Germany surrendered unconditionally. Over the course of the entire war, the German capital was hit by 67,607 tonnes of explosives.

Berlin, which rebuilt itself again as a unified city after the fall of the Berlin Wall in 1989, is now a cultural and economic power in Europe. The German capital is the largest city in Germany by population. 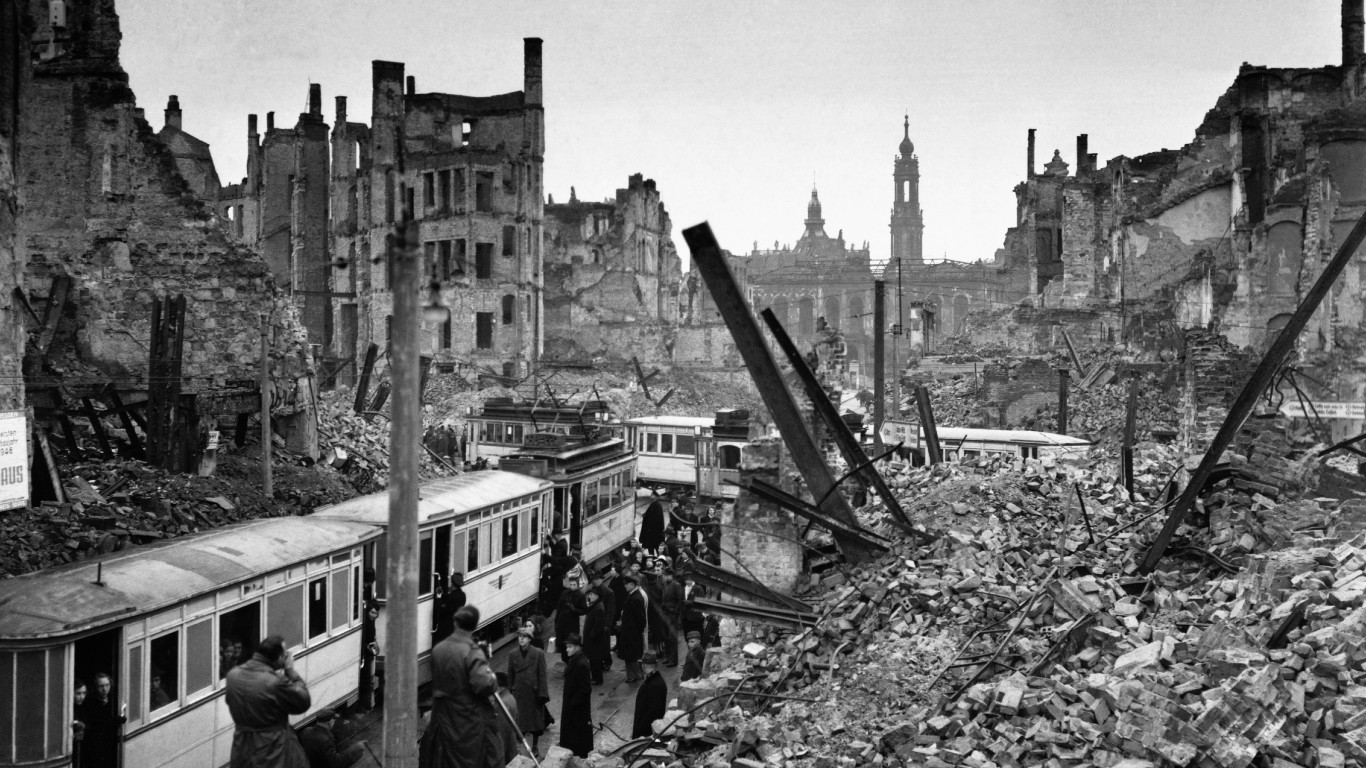 The firebombing of Dresden, Germany, by American and British bombers in February 1945, described in Kurt Vonnegut’s book “Slaughterhouse-Five,” was one of the most controversial decisions made by the Allies during WWII. About 25,000 people were killed. The raid devastated a city famous for its Baroque architecture and museums, earning it the moniker “the Florence of the Elbe.”

Cultural institutions damaged such as the Zwinger Palace and the Dresden State Opera House were reconstructed, as was its most famous structure, the Lutheran church Frauenkirche, a symbol of suffering that was completely restored in 2005. Most of the city was reconstructed with modern buildings. 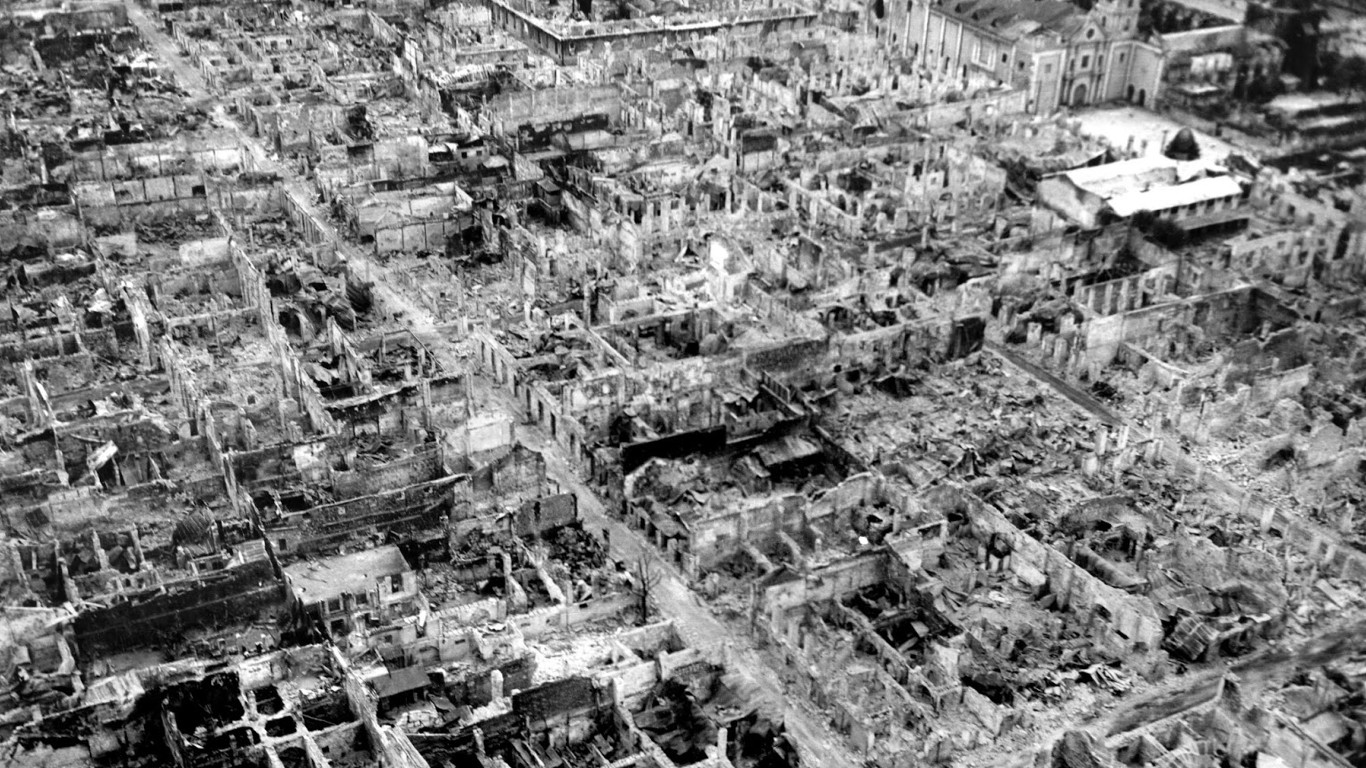 The Allied forces fought for about a month in 1945 to get Manila back from Japanese forces, which had taken control of the city three years prior. Some historians describe it as “the biggest urban battle” in the Pacific war. Allied forces didn’t use airstrikes in order to save civilians — though about 100,000 of them were killed. Soldiers instead fought street by street to win the city. By the end of the siege, Manila was devastated.

Today, Manila is a densely populated bayside city and a center of the Philippines’ political and economic scene. Manila is also a bustling social and cultural hub.