These Are The Best Suburbs To Live In Every State 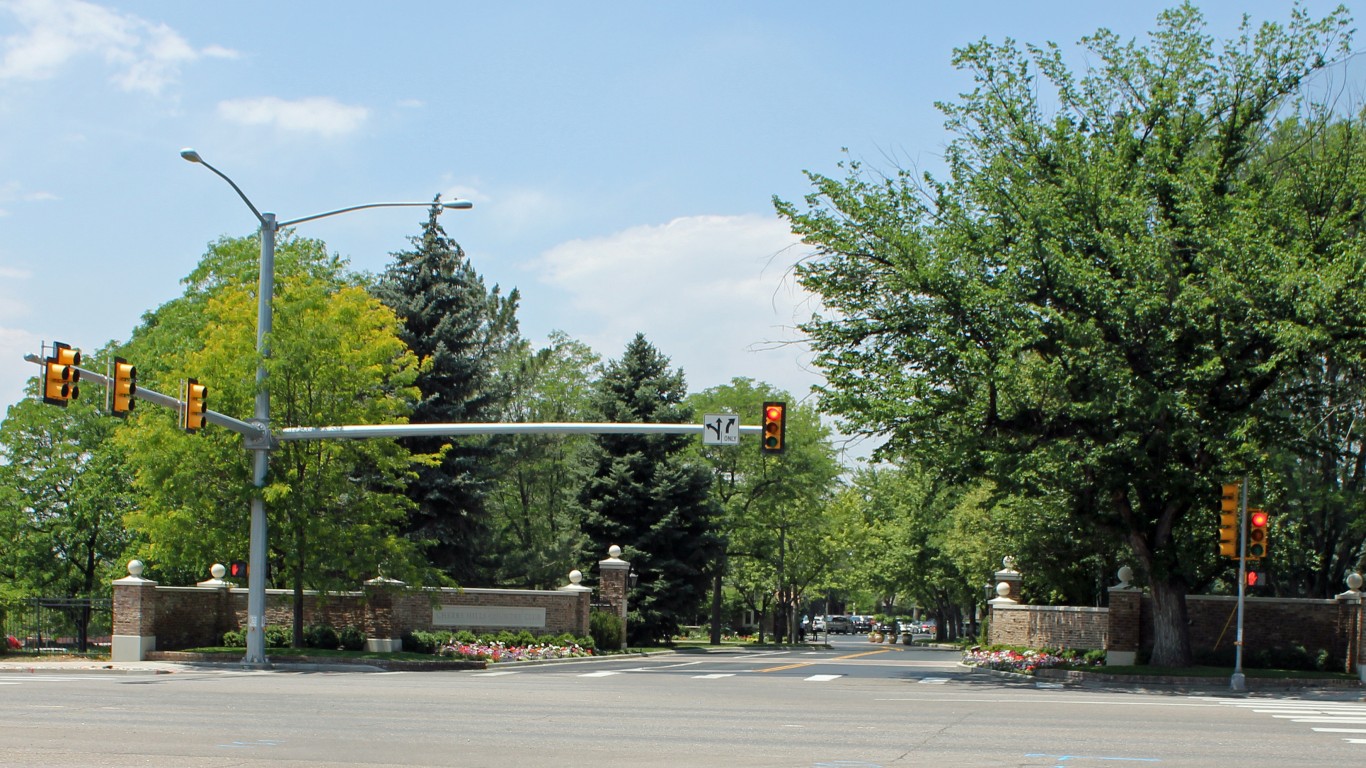 The affluent Denver suburb of Cherry Hills ranks as the best suburb in Colorado. A safe community, Cherry Hills Village’s violent crime rate of 45 incidents for every 100,000 people is a small fraction of the comparable rate of 749 per 100,000 people in Denver, located less than 10 miles away.

Though not living in a heavily populated city, Cherry Hill residents still have relatively short commute times. The typical worker in the city spends about 20 minutes getting to work, about six and a half minutes below the national average. 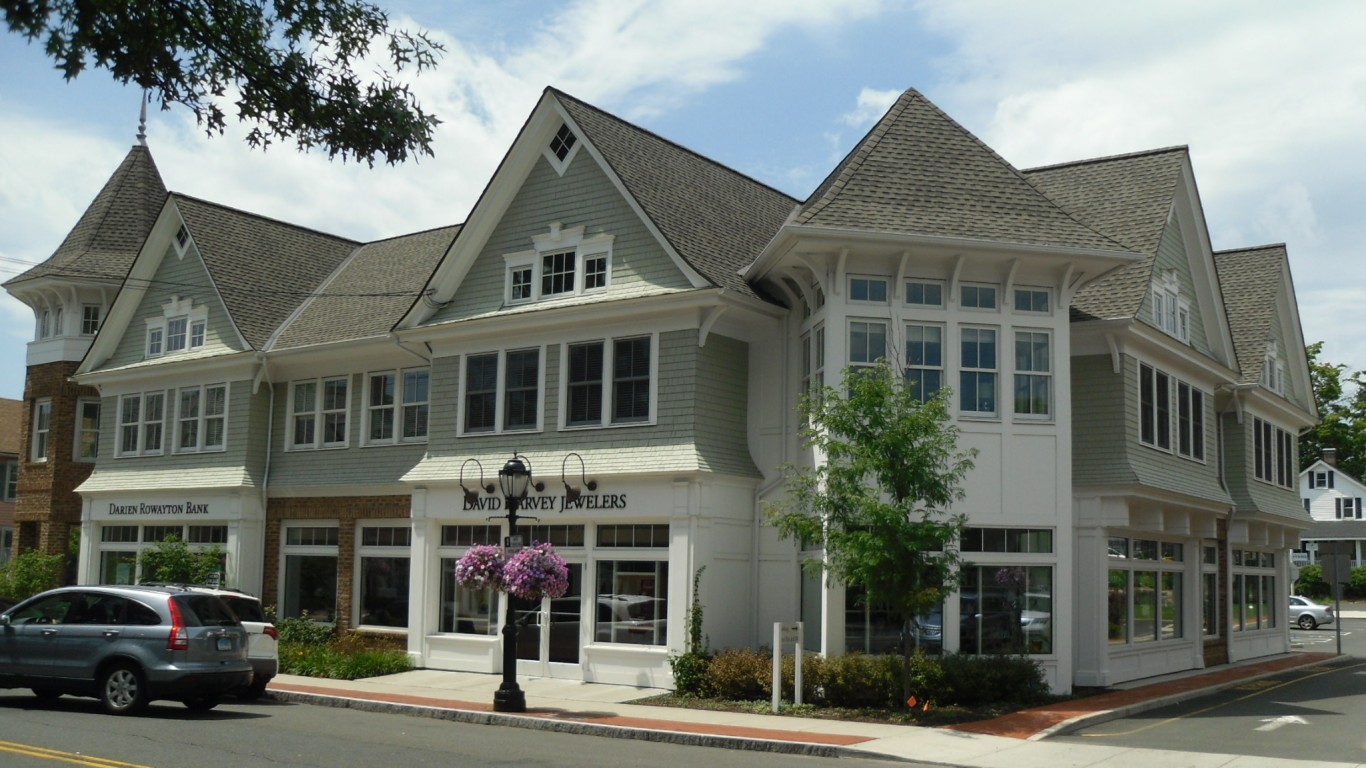 Life in the small community of Darien, Connecticut, offers a sharp juxtaposition from life in the nearby city of Bridgeport. Just 5.2% if the labor force in Darien are unemployed, less than half the 13.4% unemployment rate in Bridgeport. Additionally, just 3.1% of the Darien population lives below the poverty line, compared to 21.4% of the Bridgeport population. Perhaps most striking is the difference in crime rate. Darien reported only 14 violent crimes for every 100,000 people in 2019, while Bridgeport reported 582 violent crimes per 100,000 people the same year.

As is often the case, living in the top ranking suburb in Connecticut is not cheap. The typical home in the area is worth about $1.5 million and most local households have annual incomes in excess of $210,000. 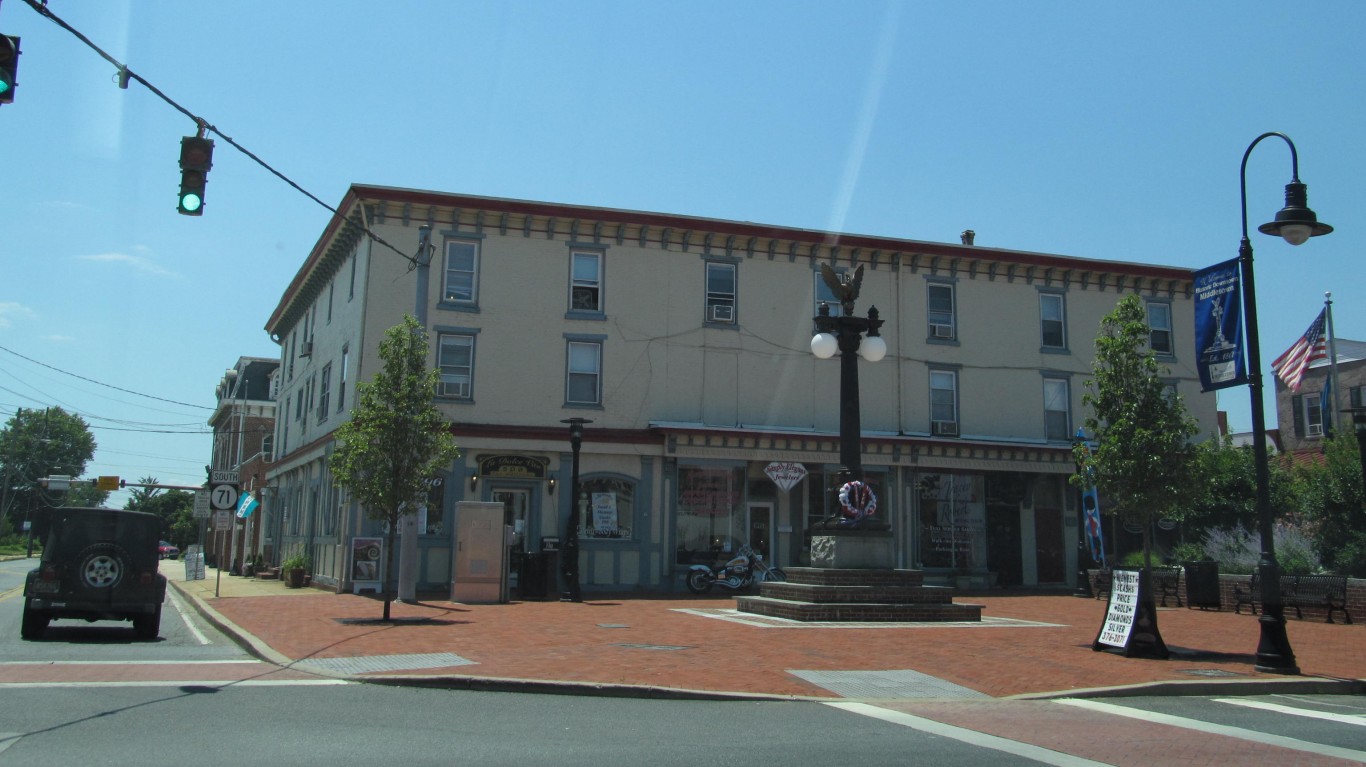 Middletown, located on the Delmarva Peninsula about 60 miles southwest of Philadelphia, ranks as the best suburb in Delaware. The community is relatively safe and offers nearly all residents easy access to places like parks and recreation centers.

The area has grown rapidly in recent years. Now home to more than 21,000 people, the local population was less than 4,000 as recently as the early 1990s. As a result, most homes are new construction — with nearly 70% of them built since 2000. Homes also tend to be relatively large in the area, offering more than one more room on average than the typical American home. And although the typical area home is worth $288,400 — at least $80,000 more than most U.S. homes — homes are relatively affordable when considering area incomes. 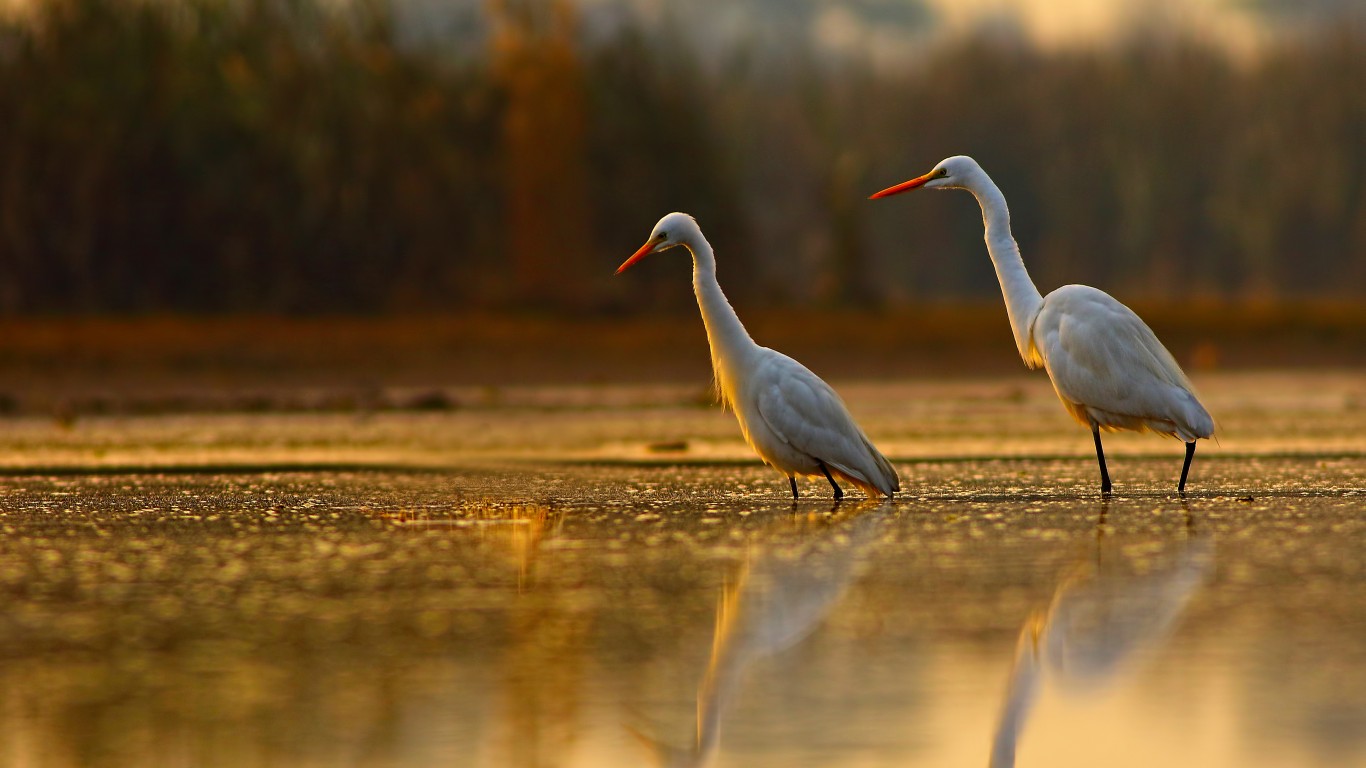 Parkland, located about 50 miles north of Miami, offers many advantages Americans look for in a suburb, including larger homes better suited to raising a family. The average home in Parkland has about seven and a half rooms, compared to an average of fewer than four rooms in Miami.

Although the area is home to Stoneman Douglas High School, where a tragic 2018 school shooting left 17 dead, Parkland is otherwise a safe community. There were only about 26 violent crimes in Parkland for every 100,000 people in 2019, a fraction Miami’s violent crime rate of 593 incidents per 100,000 people. 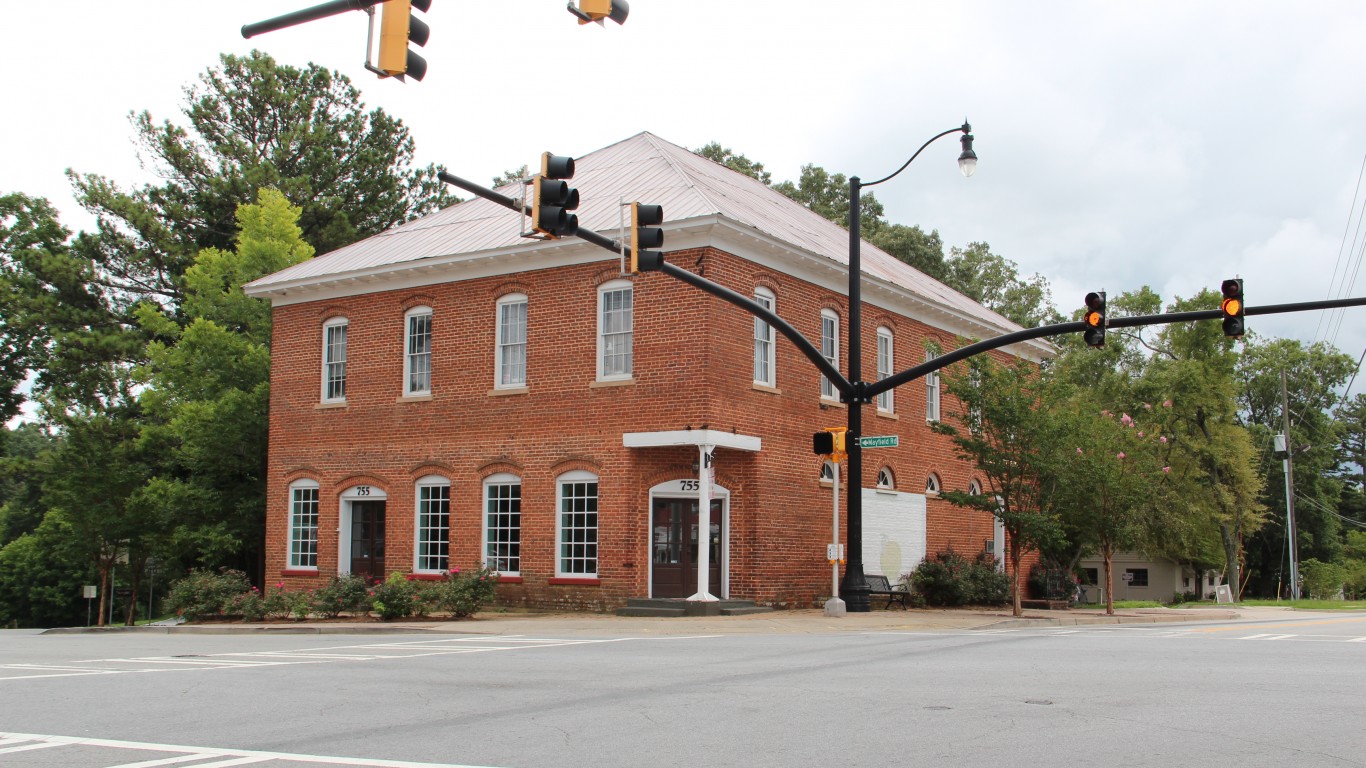 Milton, an Atlanta suburb that spans about 23,000 acres, was incorporated in 2006. The best suburb in Georgia, Milton is a very safe city with one of the lowest violent crime rates in the country. Well geared toward families, the typical house in Milton has eight rooms, compared to fewer than five in Atlanta. Area residents also have access to a healthy job market, as just 3.1% of the labor force is out of work.

Like most communities on this list, Milton is relatively affluent. The typical area household earns about $125,000 a year.