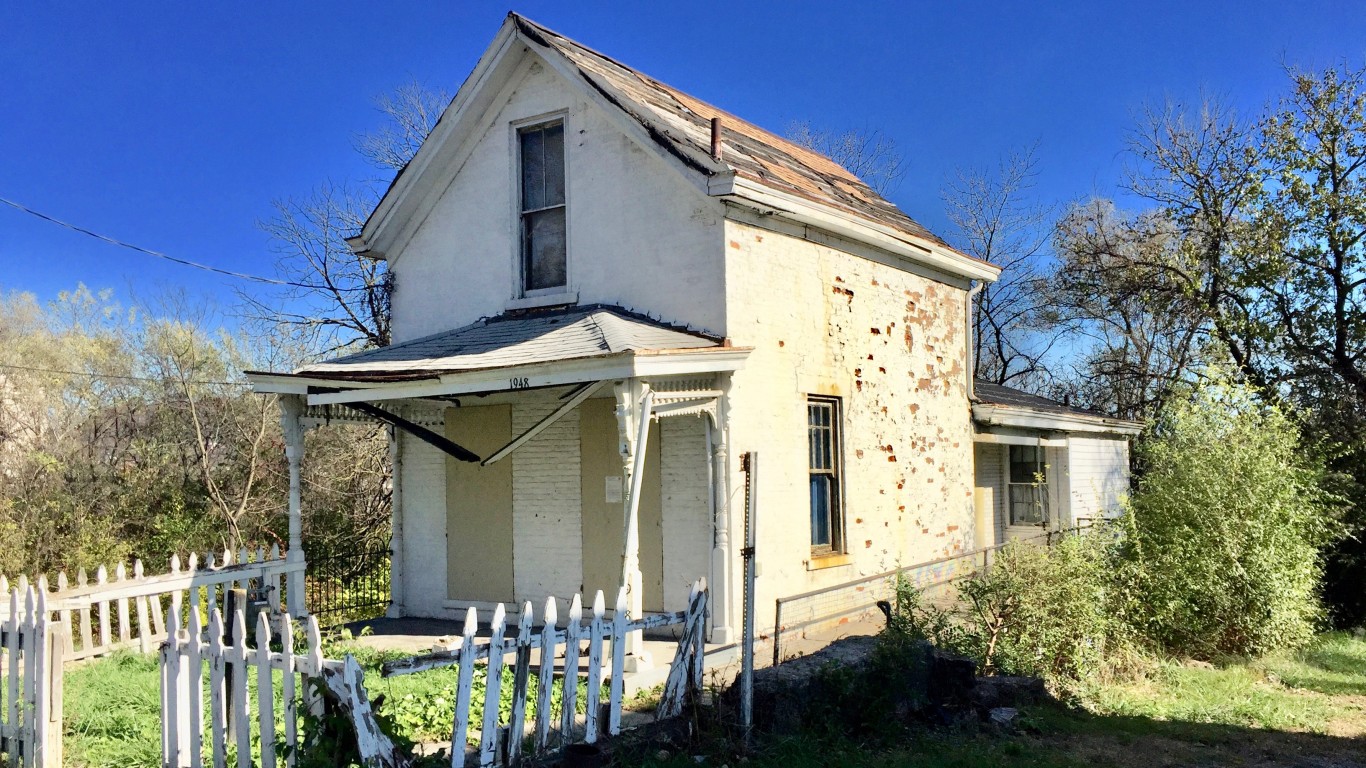 The 45214 ZIP code, which extends from just west of Cincinnati’s Washington Park up through the West End neighborhood over Mill Creek and into the Fairmount neighborhood, is one of many parts of Ohio to rank on this list. There are currently 267 unoccupied homes in the area, or over 16% of all homes.

The majority of vacant properties in the area are classified as investment properties, meaning they are likely either on the rental market or waiting to be sold at a profit by the owner. And despite the high vacancy rate, property in the area appears to be appreciating in value. The typical area home is worth $70,200, up from $62,000 in 2014. 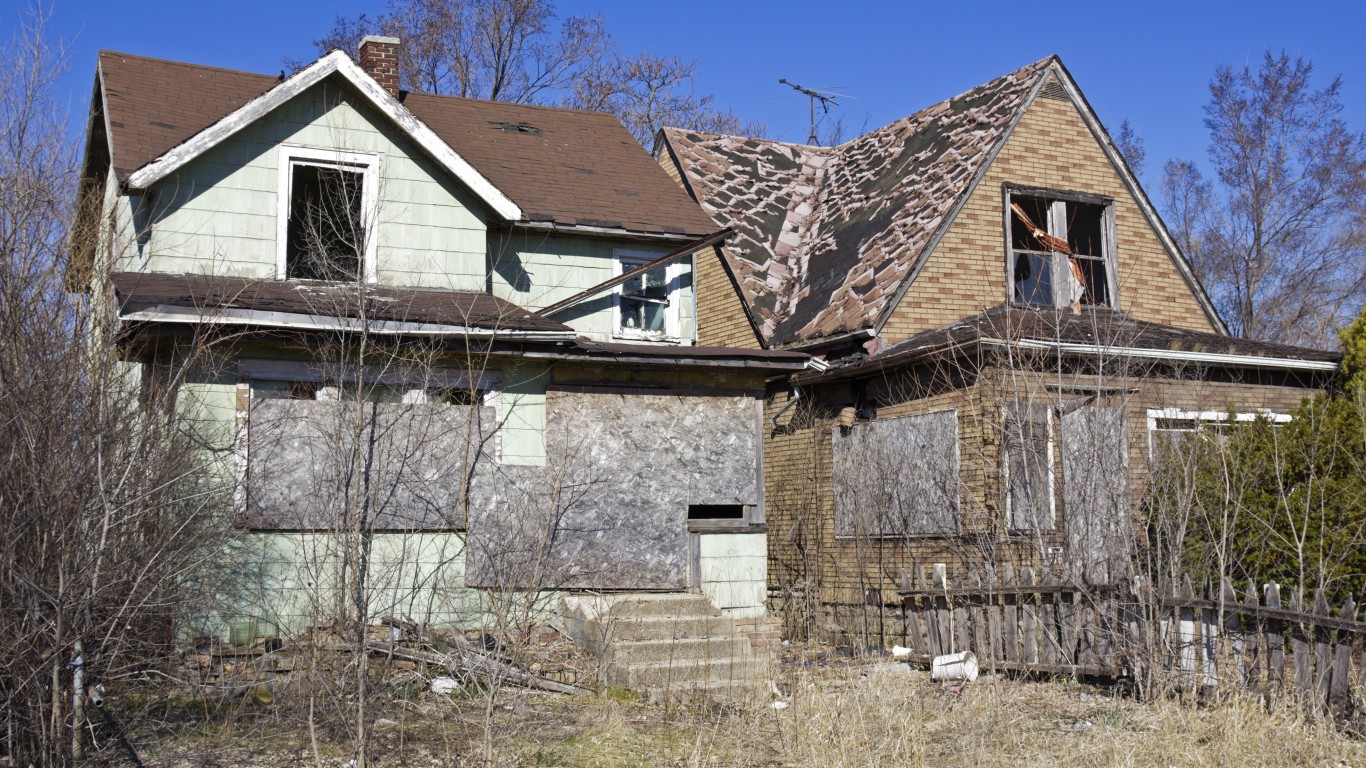 The 46404 ZIP code is one of several parts of the Rust Belt city of Gary, Indiana, to rank on this list. The area is located in west-central Gary, largely in between Interstate 90 and Interstate 94. Over 1,000 of the area code’s 6,344 homes are vacant, and many of those are likely abandoned.

Gary, a town effectively built around a steel plant, has been in steady decline along with the American steel industry itself since the mid-20th century. The city’s population peaked at over 178,000 in 1960 and has since been reduced by more than half. 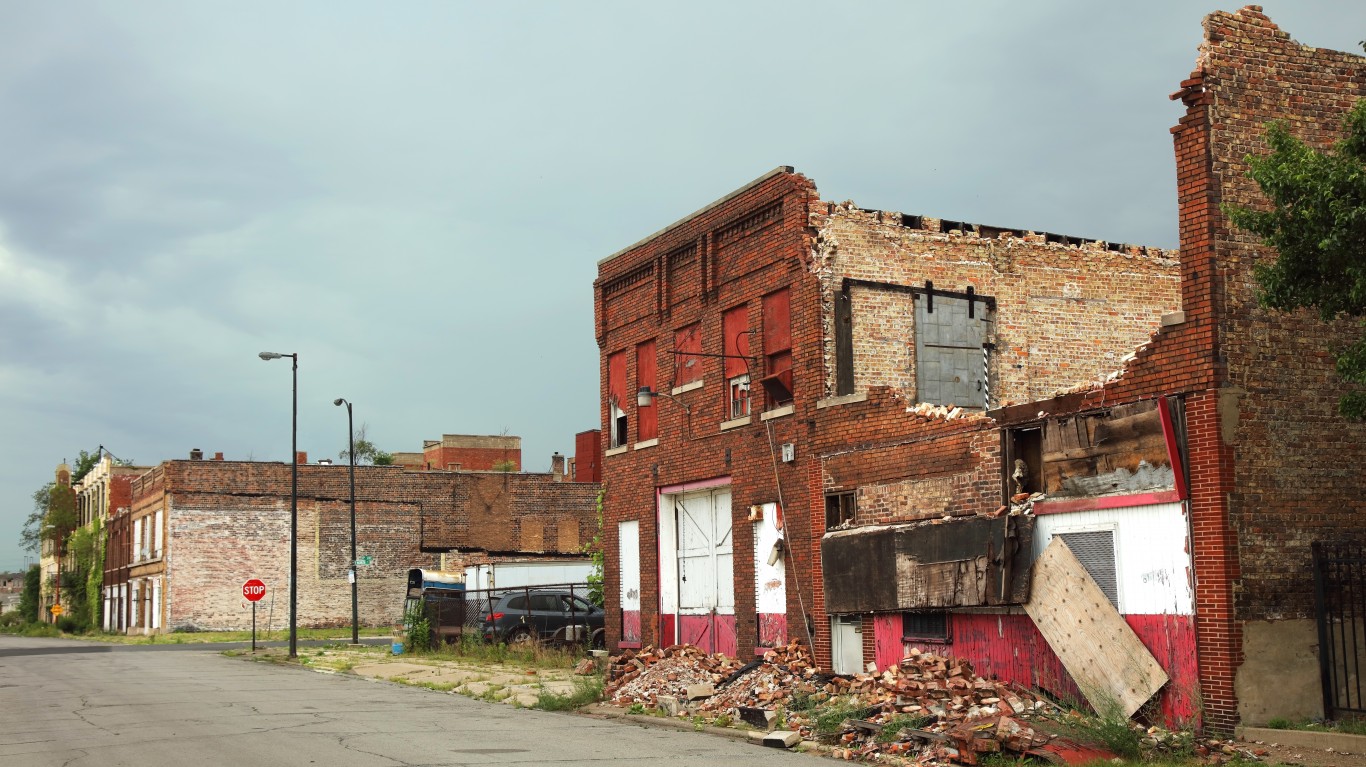 Since building a plant in the city in 1906, U.S. Steel was the economic backbone of Gary, Indiana, for decades. As the steel industry declined, so did Gary. The city has faced widespread socioeconomic problems, including drugs, violent crime, and widespread poverty. Due in part to longer-term population decline, today, 579 homes in the 46406 ZIP code in western Gary are vacant .

As is often the case, many of the vacant properties in this part of Gary are investment properties — meaning they are likely either on the rental market or waiting to be sold at a profit by the owner. Currently, the typical area home is worth just $56,400. 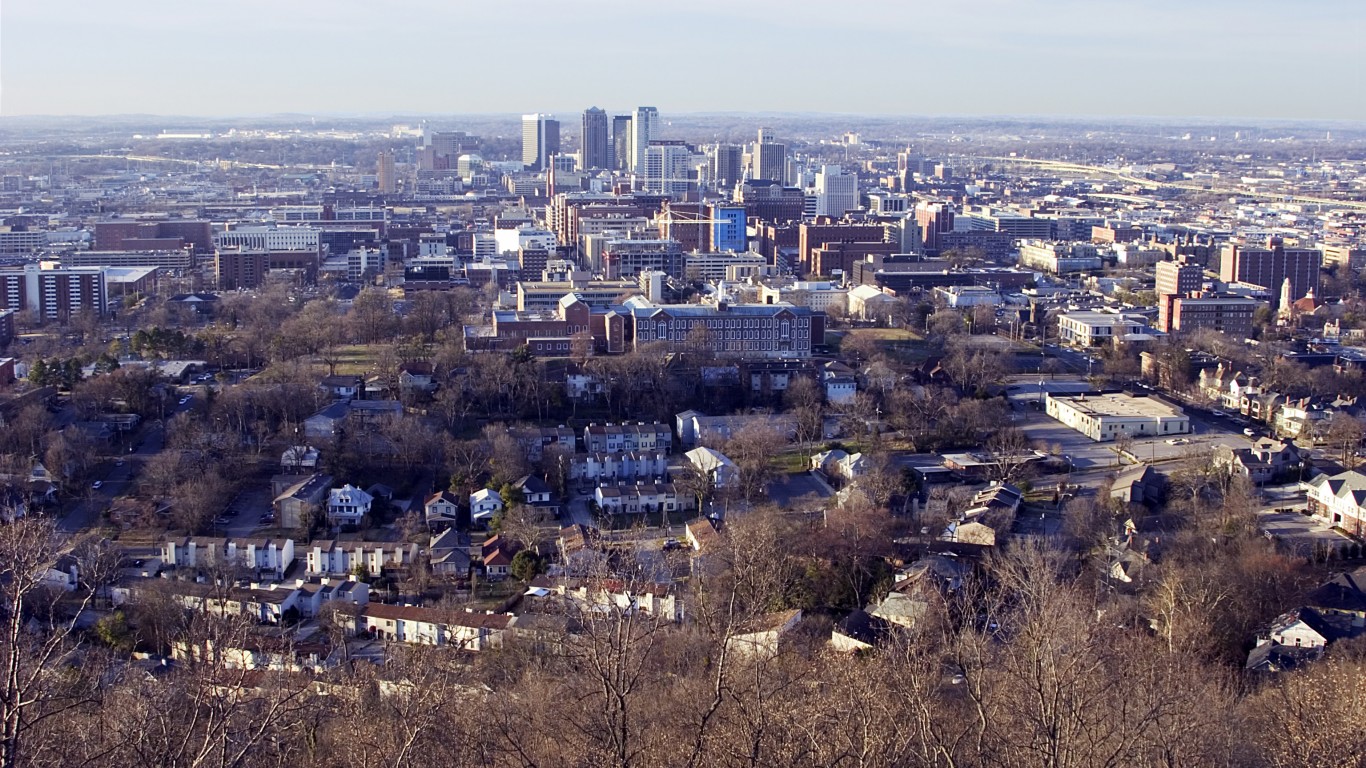 The 35304 ZIP code in central Birmingham has reported steep population declines in recent years. Since 2013, the number of people living in the postal code plummeted 13.8%. A smaller population and reduced demand for housing may help explain the area’s high vacancy rate. There are 600 area homes that are currently sitting unoccupied, or 17.1% of all area homes.

As is often the case in areas with high vacancy rates, Birmingham’s 35204 postal code is poor. Most households earn an annual income of less than $22,000, and nearly 38% of the local population live below the poverty line. 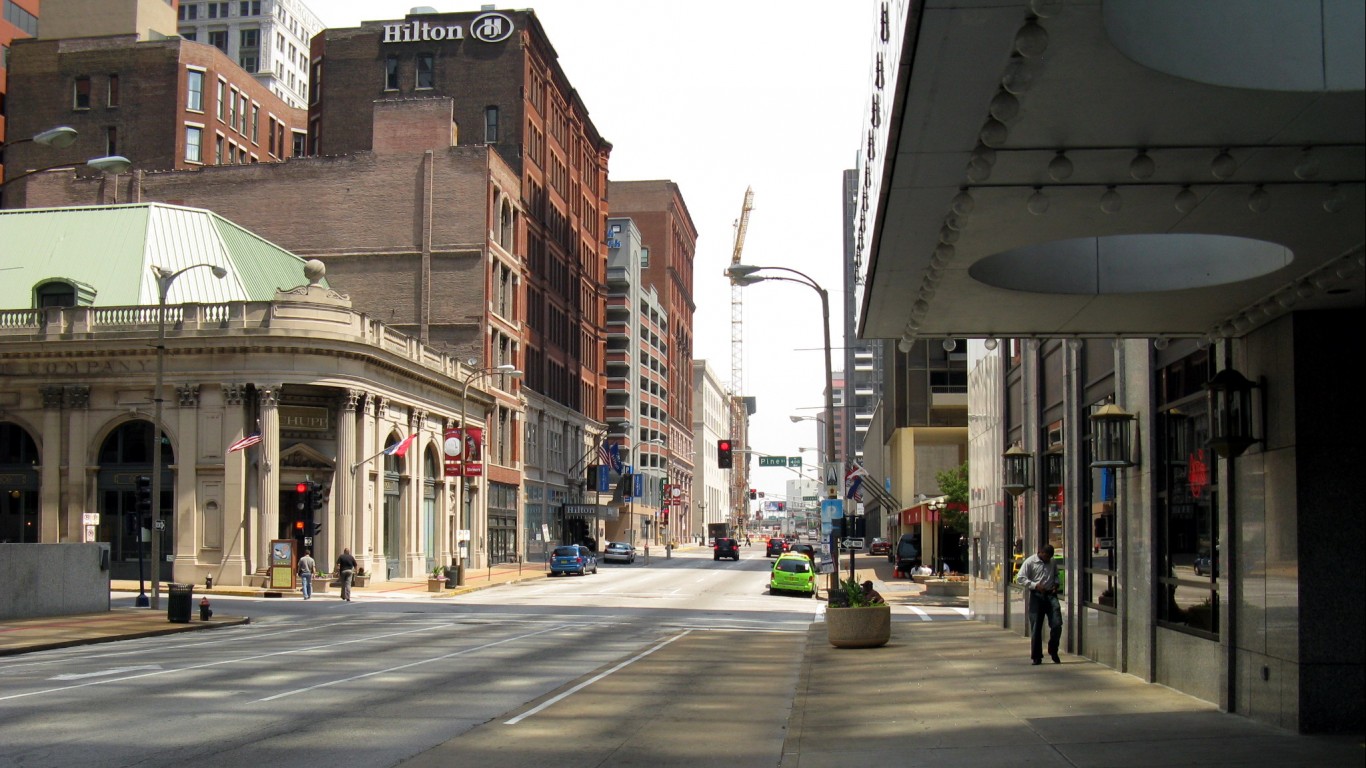 As is the case in the majority of ZIP codes on this list, this part of St. Louis is reporting rapid population decline. The city lost 10.6% of its population in the last five years. The resulting reduced demand for housing has likely dragged down real estate values. The typical area home is worth just $54,200, down from $60,500 in 2014.