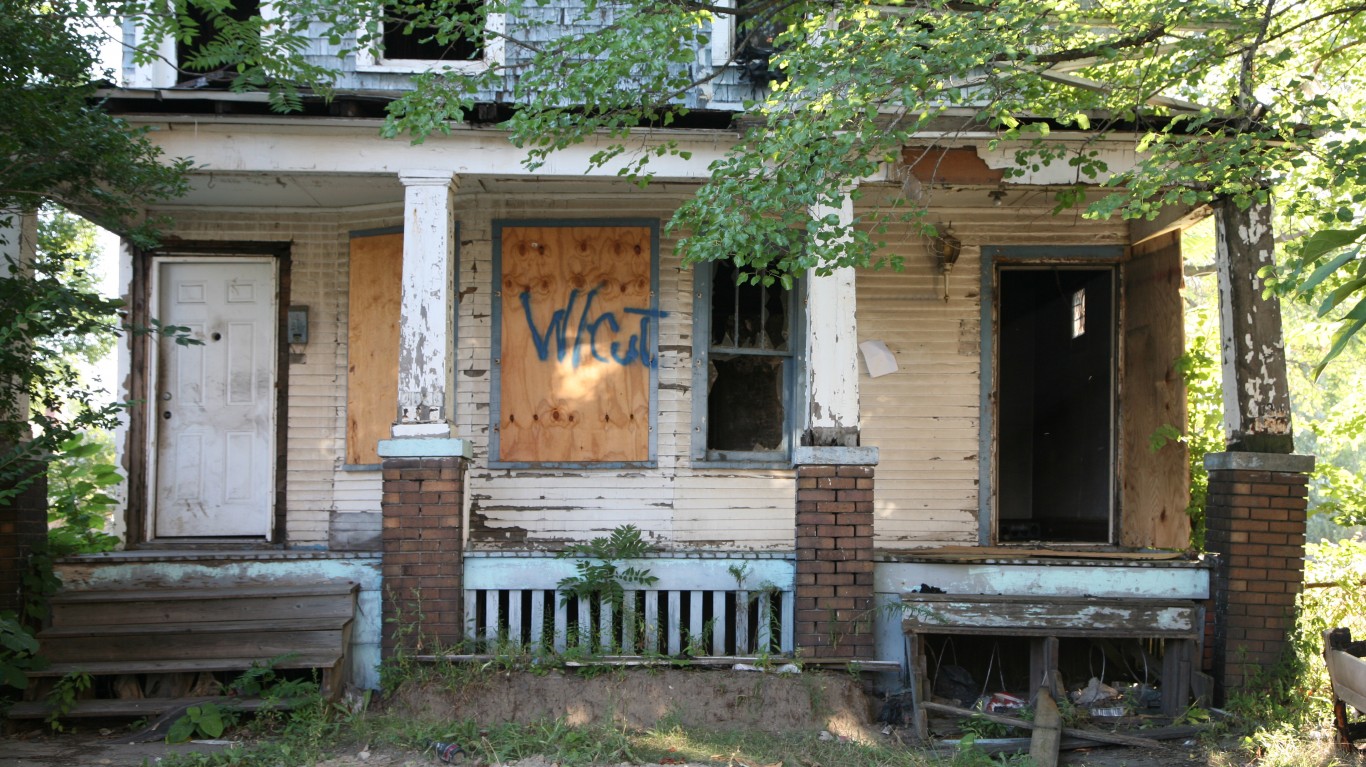 In a plan to reduce costs, Flint, Michigan, switched its water source from Lake Huron to the Flint River in 2014. Less than a year later, the EPA reported dangerous concentrations of lead in the Flint water supply. The contaminated water resulted in a public health crisis and criminal investigations against city officials.

The water scandal has also likely exacerbated the Rust Belt city’s vacant property crisis. In the last five years, the number of people living in Flint’s 48504 ZIP code declined by 10.6% and area real estate values plummeted. Currently, more than 2,100 homes in the area in the northwestern section of the city are vacant. 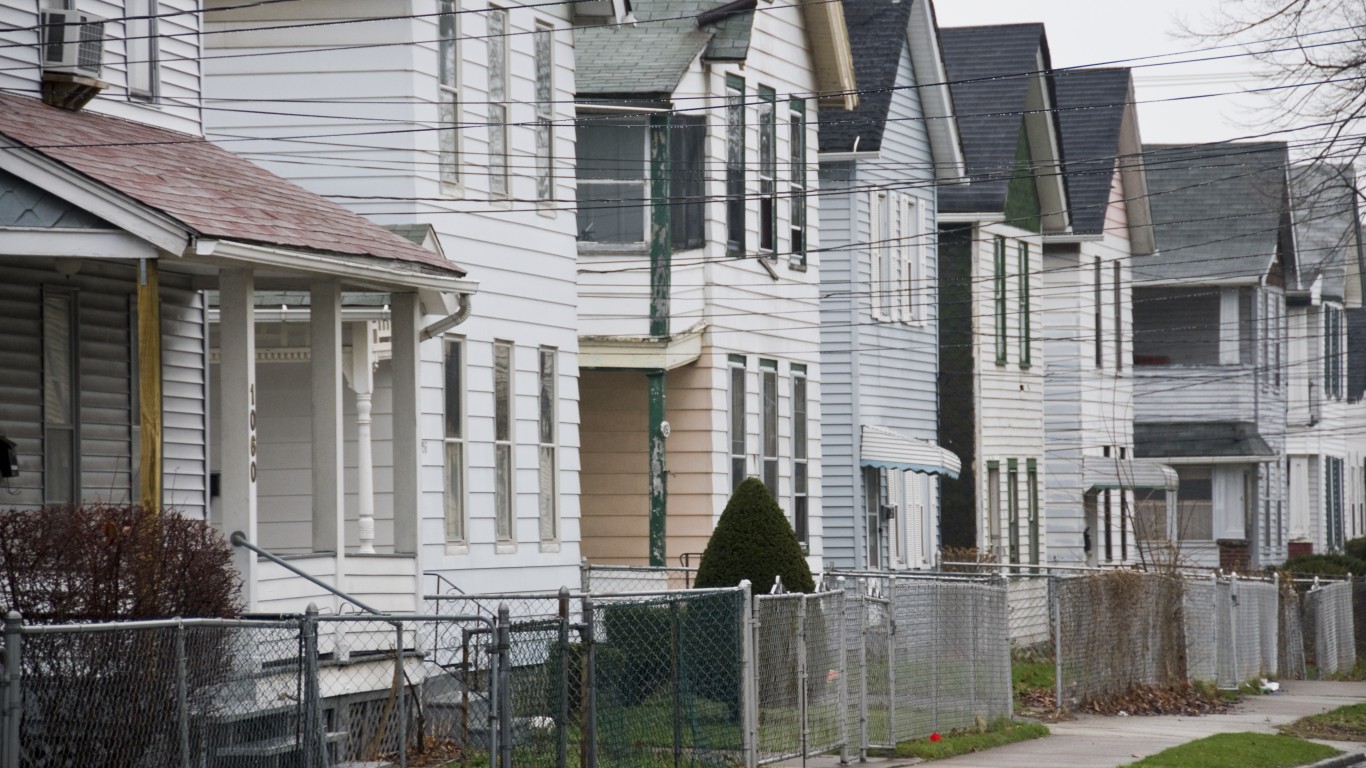 The 44108 ZIP code is located in northeastern Cleveland along the shore of Lake Erie. In the last five years, the number of people living in the area fell by 13.5%. The rapid population decline has led to reduced demand for housing, which has likely dragged down home values. The typical area home is worth just $57,400, down from $63,800 in 2014.

Like most ZIP codes on this list, 44108 is in a city that has long suffered economically from the decline of American manufacturing. Since factories began to close in the mid-20th century, the city’s population has more than halved, from over 900,000 as of 1950 to less than 400,000 today.

ALSO READ: Places in Every State Where COVID 19 Is Growing the Fastest Right Now 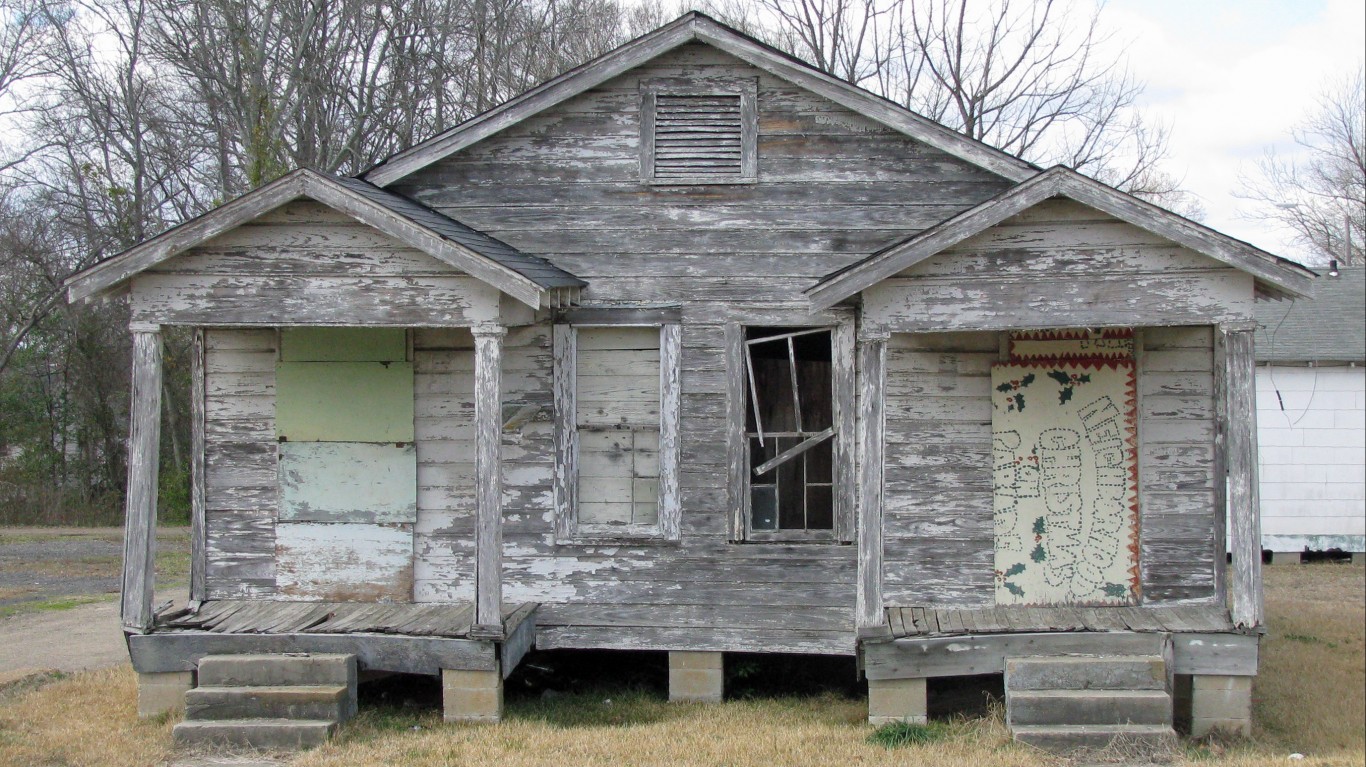 Abandoned House (CC BY 2.0) by NatalieMaynor

Few parts of the United States are home to as much widespread financial hardship as the 39203 ZIP code around downtown Jackson, Mississippi. Nearly 39% of area residents live below the poverty line, and most households earn less than $24,000 a year.

Many of the poorest areas in the United States have high vacancy rates, and this part of the Mississippi state capital is no exception. More than one in every five homes in the area are vacant, compared to just 1.6% of homes nationwide. 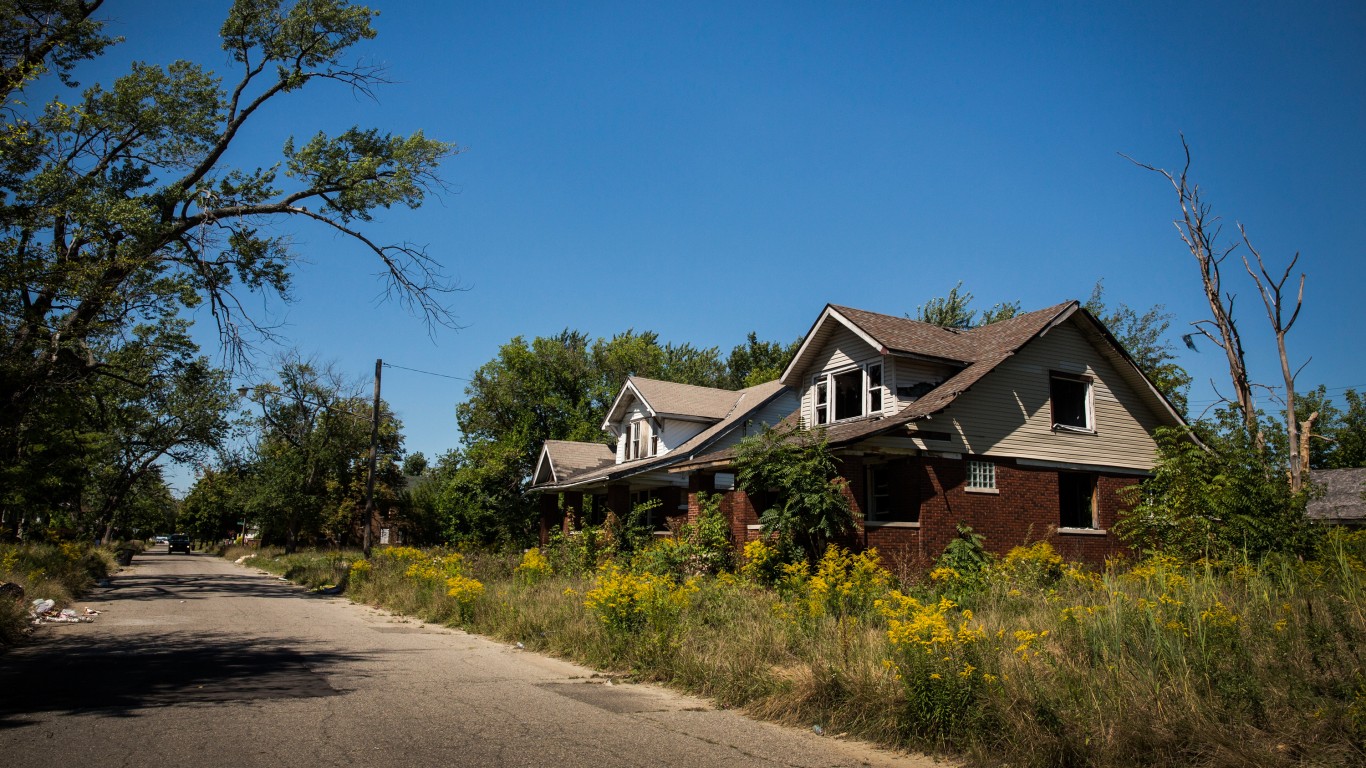 Detroit’s 48206 ZIP code is contained almost entirely by I-94 and I-96 on the south and west and by routes 10 and 8 on the east and north. Few cities have been hit as hard by the decline of American manufacturing as Detroit, and the 48206 ZIP code is evidence of that decline. There are over 1,100 vacant homes in the area, or one in every five area homes.

The high home vacancy rate has likely been exacerbated by population decline. In the last five years, the number of people living in the area fell by 25.7%. The rapid population decline is likely due in part to a lack of economic opportunity. Over 43%% of area residents live below the poverty line, and more than half of all local households earn less than $23,000 annually. 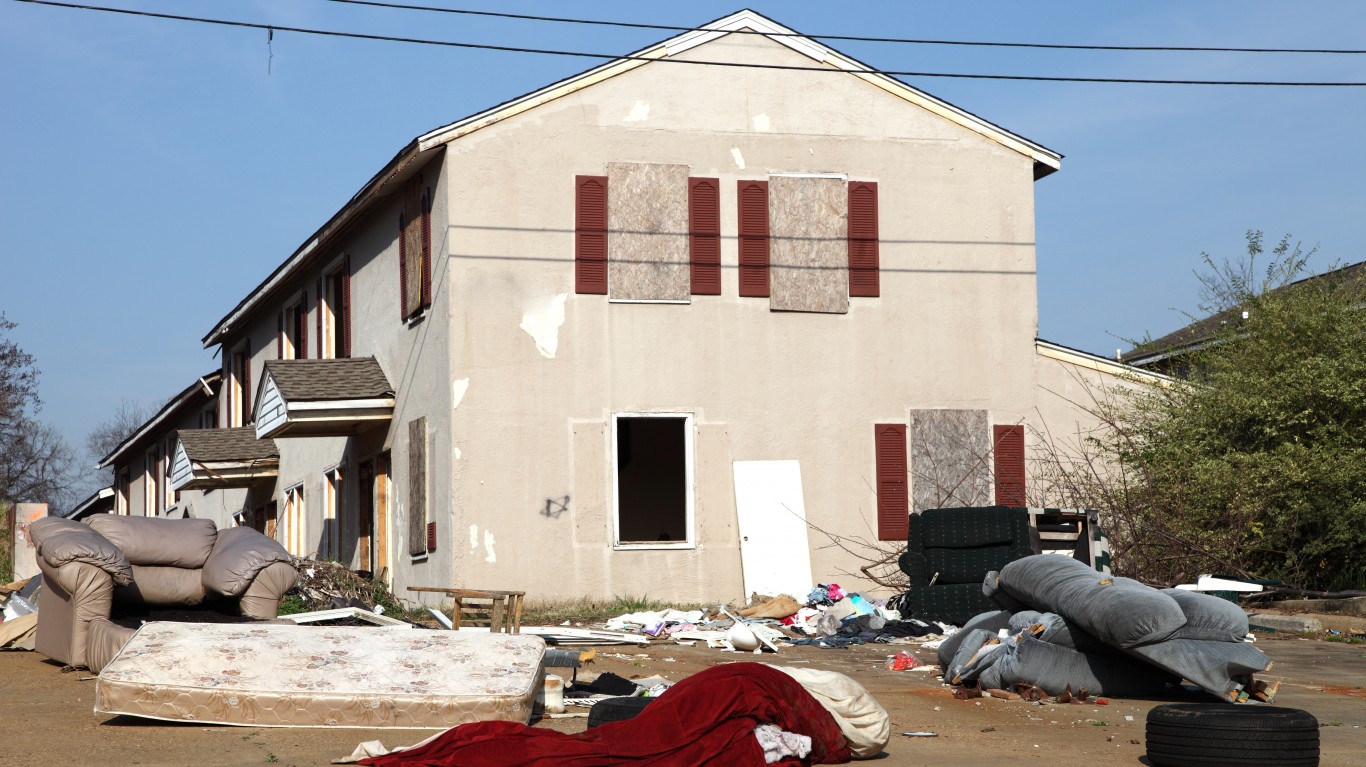 The 36104 ZIP code in northern Montgomery, Alabama, along Gun Island Chute, has a near nation-leading home vacancy rate. There are 626 vacant properties in the area — or one in every four — up from 591 a year ago. Of the vacant homes, 514 are classified as investment properties — meaning they are likely either on the rental market or waiting to be sold at a profit by the owner.