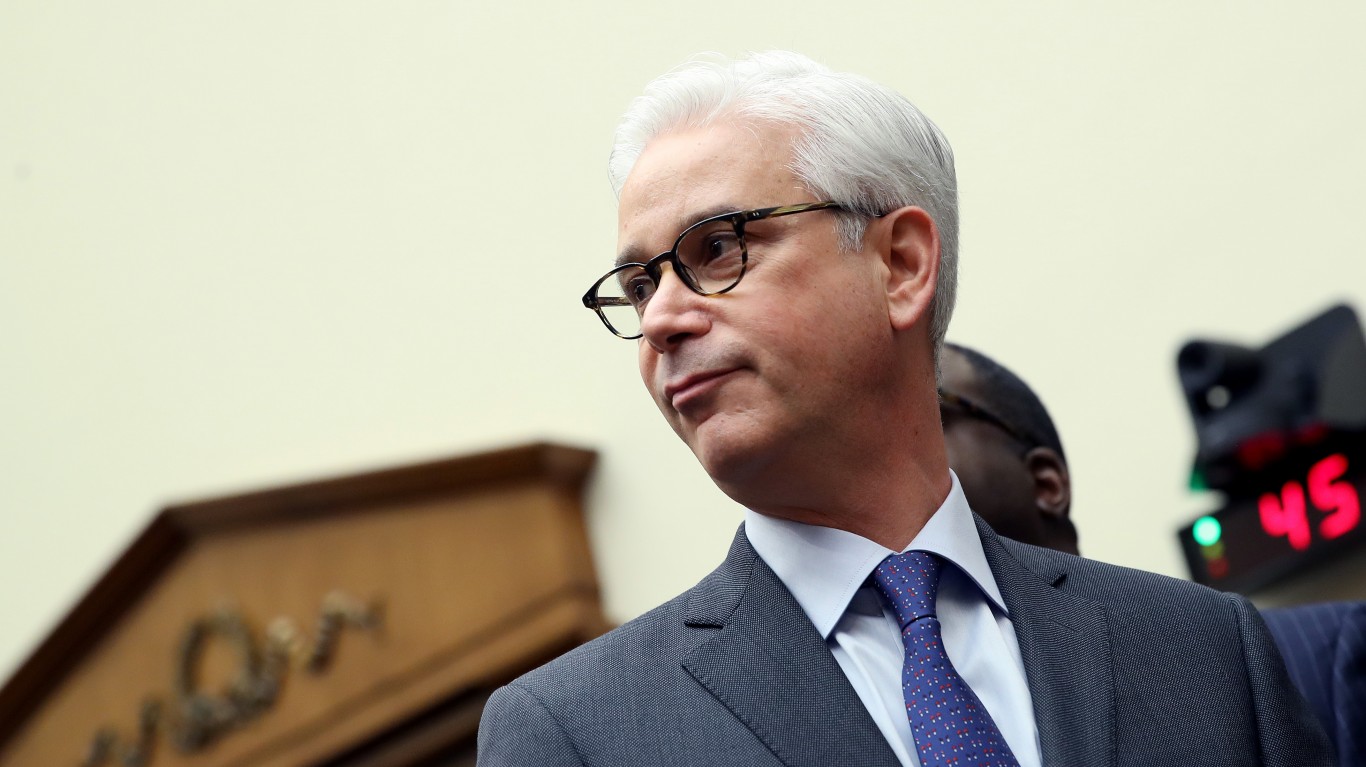 Charles Scharf took over as CEO of Wells Fargo in October 2019 — a time when the bank was struggling to recover from multiple scandals. The bank was accused of creating millions of fake accounts to boost sales figures and of charging auto loan customers for insurance they did not need without their knowledge. The wrongdoings were uncovered over several years beginning in 2016 and resulted in the ousting of former CEO John Stumpf and over a billion dollars in fines and penalties.

Scharf, a former executive of Visa, has a proven track record in the industry and has drawn top dollar to restore Wells Fargo’s reputation. He is the only CEO in finance on this list who was paid more than $30 million in fiscal 2019. 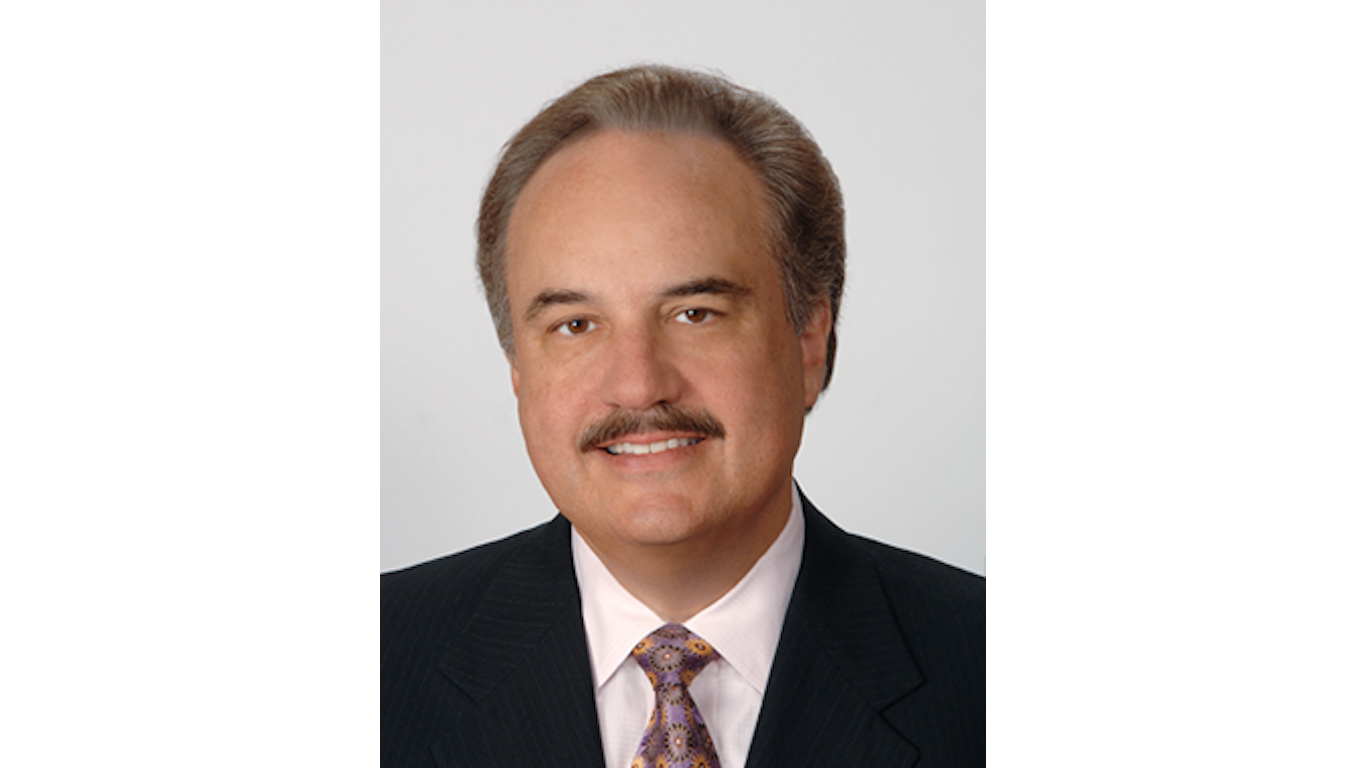 Larry Merlo took over as president and CEO of CVS Health in 2011. One of the largest companies in the world, CVS Health has nearly 10,000 retail locations and 1,100 walk-in clinics and over 100 million pharmacy plan members.

Since his father passed away from cancer tied to tobacco use, Merlo has been a staunch anti-tobacco advocate. Under his leadership, CVS retail locations stopped selling tobacco products. Merlo has also been criticized for understaffing CVS locations and not prioritizing employee welfare. 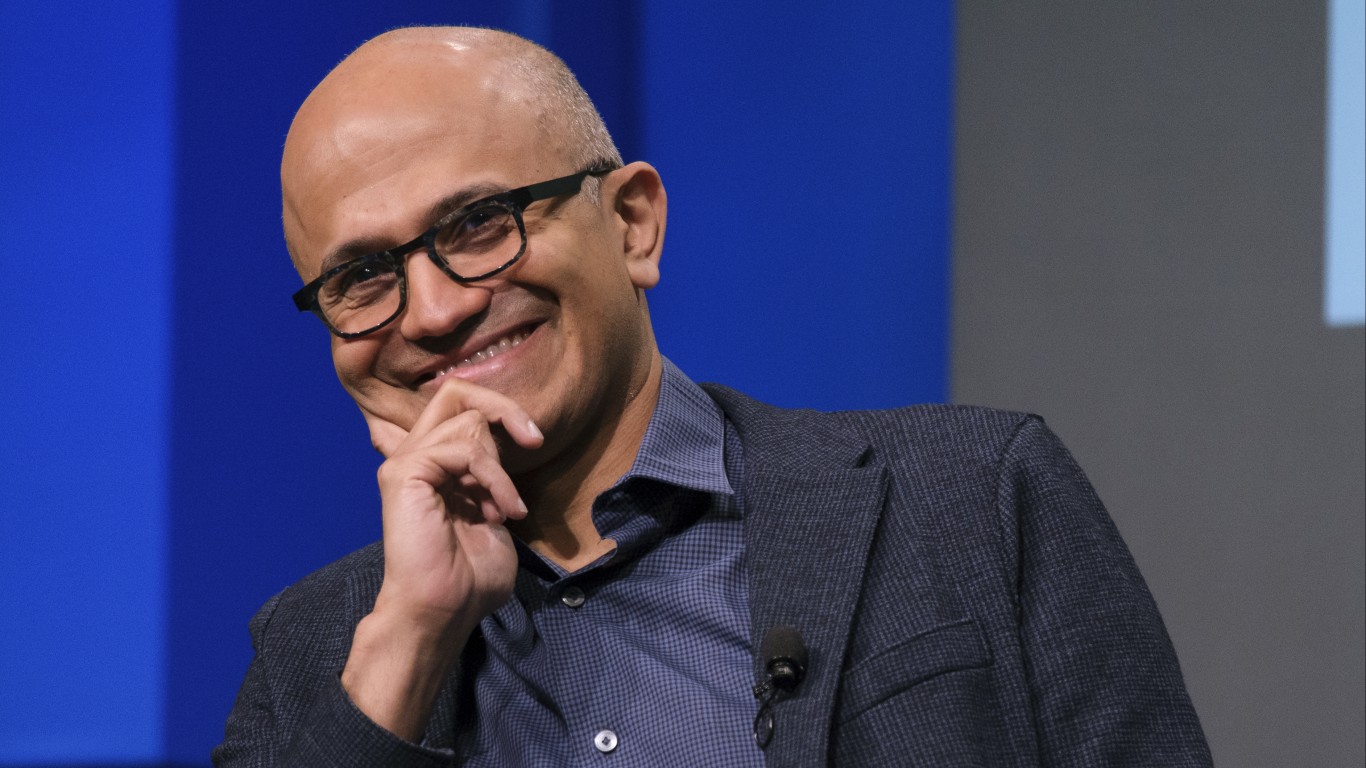 Microsoft CEO Satya Nadella made $42.9 million in the 2019 fiscal year, more than all but two other CEOs of the 100 largest companies in the United States and 66% more than he made the year before. The increase was largely attributable to the value of stock options he was awarded. In the last two years, Microsoft’s share price has more than doubled.

Nadella joined Microsoft in 1992 and took over as CEO in 2014. Microsoft has already filed its financial disclosures for fiscal 2020, and for that year, Nadella made a reported $44.3 million. 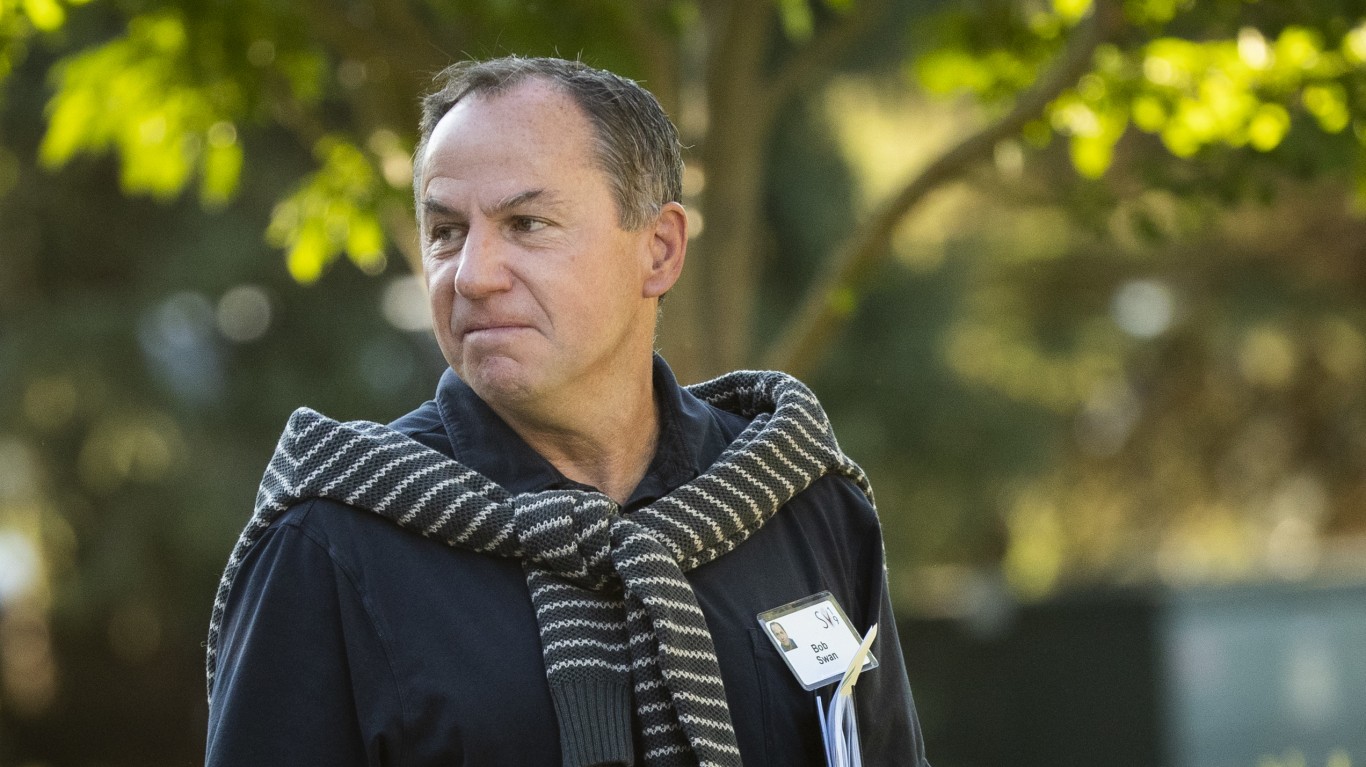 Intel CEO Robert Swan is the second highest paid executive in the United States. On top of a base salary of $1.2 million, Swan took home an additional $62 million in stock awards and $3.7 million in incentives. Swan took over as Intel’s CEO on Jan. 31 2019. Before being the top pick, Swan acted as the company’s interim CEO for seven months and was chief financial officer before that.

With Swan at the helm, Intel’s share price has been volatile, though the company is trading up about 4%. In each of the last four quarters, Intel has either met or beat earnings estimates. 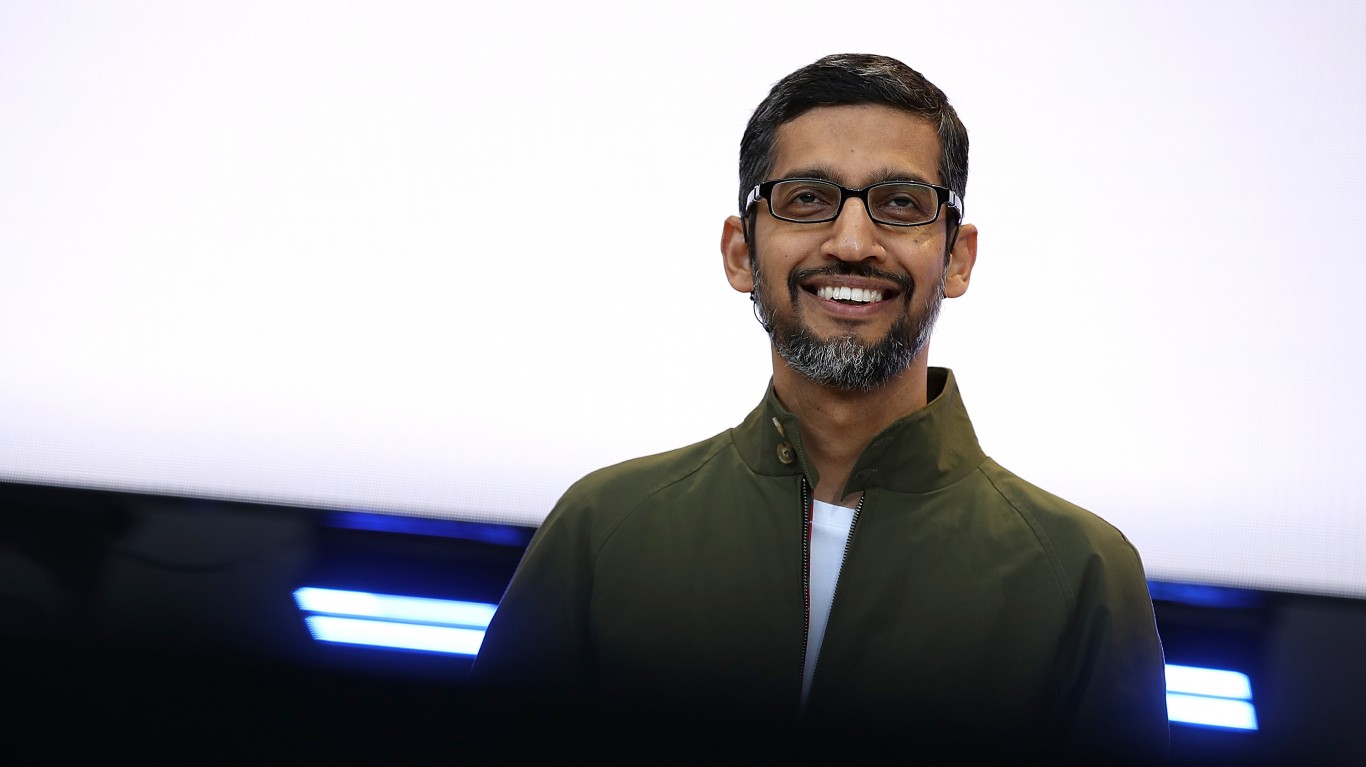 As CEO of Google’s parent company Alphabet, Sundar Pichai’s compensation in fiscal 2019 totaled $280.6 million — by far the most of any CEO of one of the largest public American companies. The vast majority of that money — about $277 million — came in the form of stock awards that were tied to Pichai’s recent promotion. Pichai, who had been CEO of the company’s subsidiary Google since 2015, was named CEO of Alphabet in December 2019. The value of his stock options eclipsed his base salary of $650,000. Larry Page, the previous CEO of Alphabet and the company’s co-founder, had a base salary of just $1 that year.

Google is currently facing several antitrust lawsuits, including one brought on by nearly 40 U.S. states and territories, alleging that the tech giant has an illegal monopoly on search.