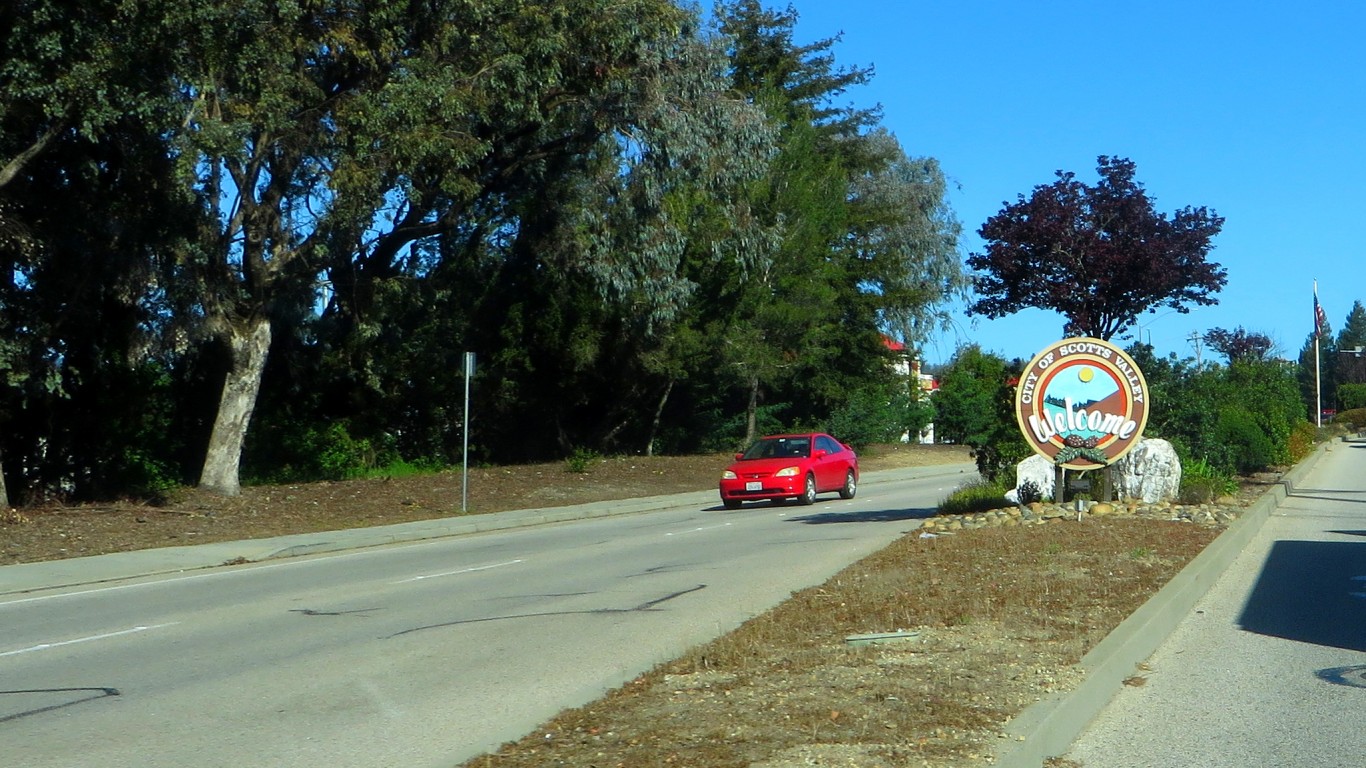 Scotts Valley is a small California city, located near the redwood forests of the Santa Cruz Mountains, about 70 miles south of San Francisco.

Though Scotts Valley is a relatively expensive place to live, with most homes valued at over $815,000, there are plenty of job opportunities, and wages tend to be relatively high. Over the last five years, just 3.6% of the labor force was unemployed, compared to an average of 5.3% jobless rate nationwide. Additionally, most households in the city earn over $108,000 per year, while nationwide, most households earn less than $63,000. 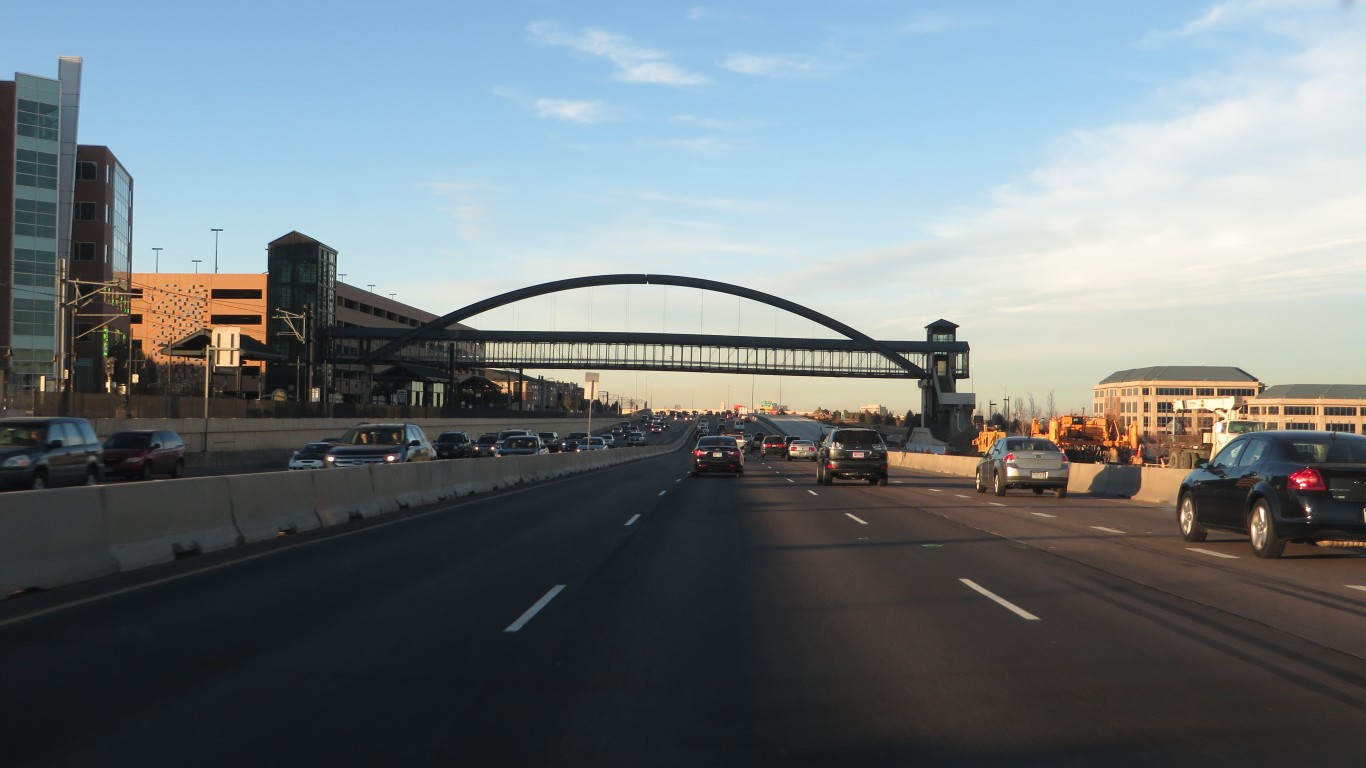 Lone Tree, Colorado, is a city of about 13,000 residents in the Denver metropolitan area. The city is home to several master planned communities as well as Park Meadows Mall — the largest shopping mall in the state. Lone Tree also offers residents about 200 restaurants and dining establishments and 60 attractions and entertainment destinations.

Like many places on this list, Lone Tree’s population is relatively wealthy and well educated. The typical area household earns $120,392 a year, nearly double the income of the typical American household, and 70% of area adults have a bachelor’s degree or higher, compared to about 33% of U.S. adults. 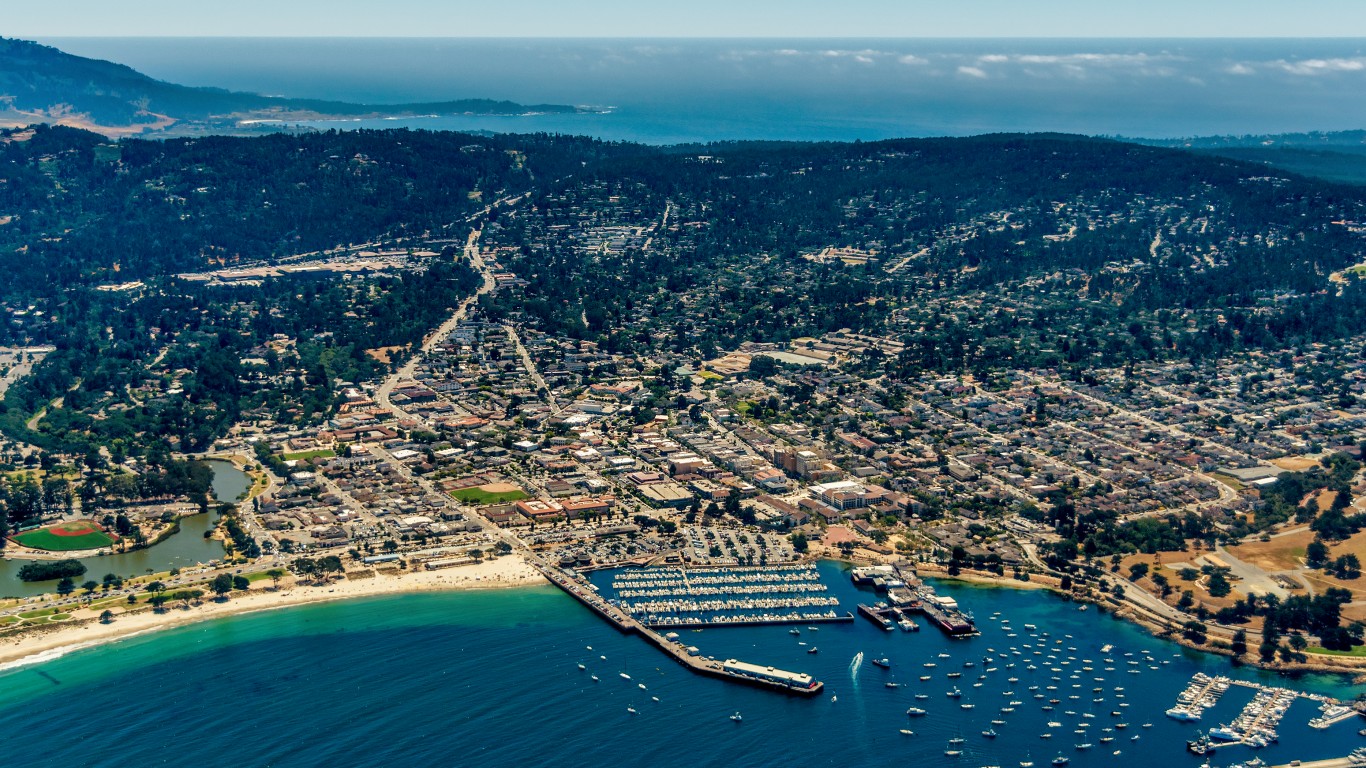 Located near Big Sur and the Pebble Beach golf course, Monterey, California, is both a popular tourist destination and one of the best places to live in the United States. Monterey is a relatively walkable community, as 12.6% of commuters living in the area walk to work.

Monterey also has a relatively strong job market. An average of only 3.0% of the local labor force was unemployed in the last five years, well below the comparable average of 5.3% nationwide. 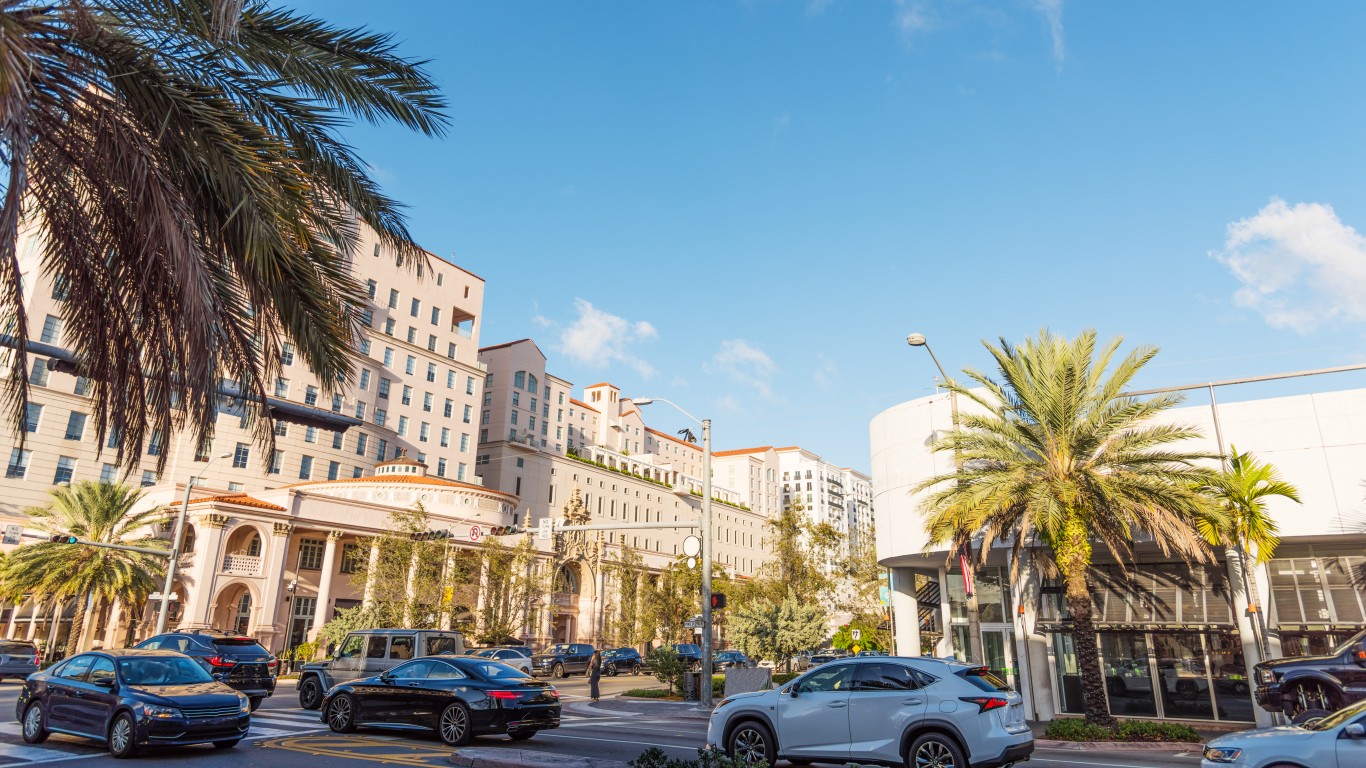 Coral Gables is a city of about 50,000 located in the Miami metro area. The city, founded in the 1920s, is notable for its physical beauty, distinguished by tree-lined, canopied streets, parks, and waterfront views. Residents have access to a number of shopping and dining establishments along the city’s “Miracle Mile.”

Additionally, Coral Gables residents are a short drive from Miami and can benefit from jobs and attractions in one of the largest cities in Florida without sharing many of the drawbacks of living in a large metropolis. 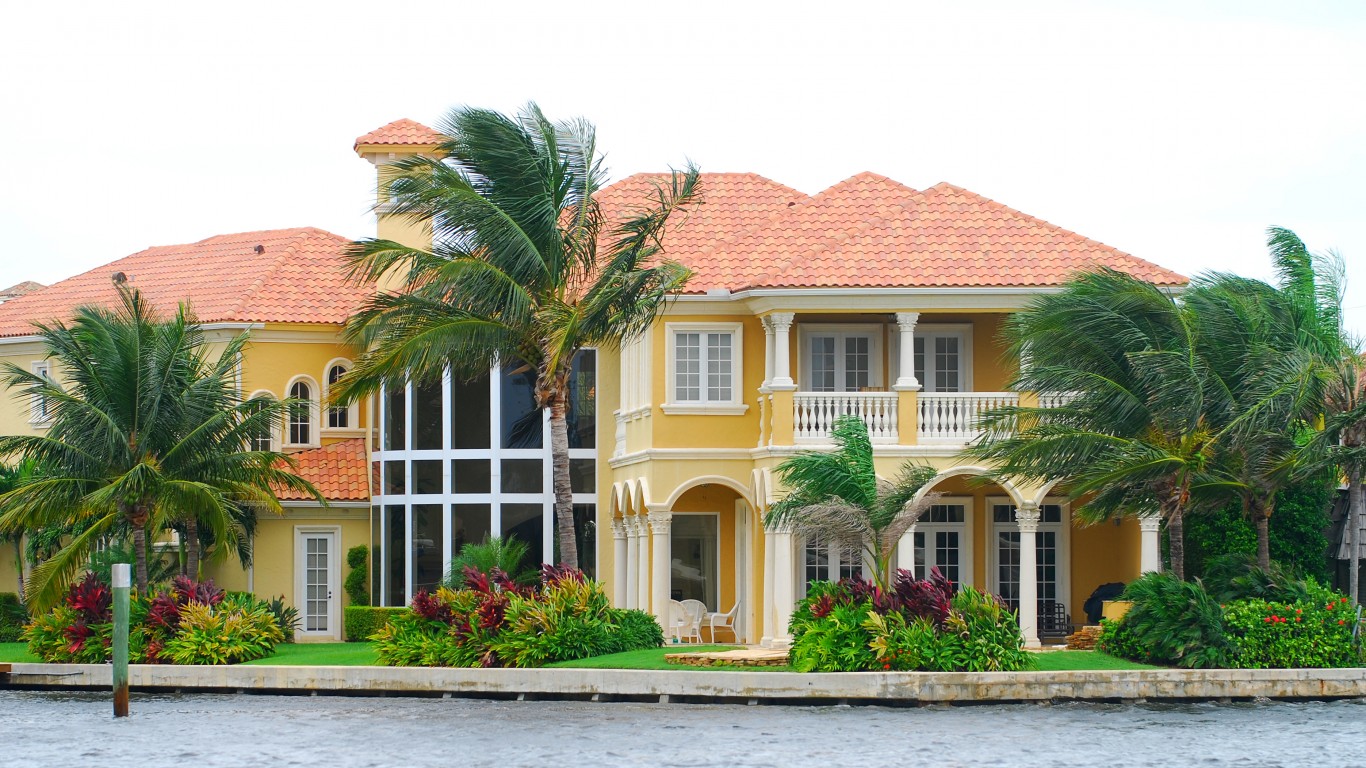 Palm Beach is a wealthy town located on a barrier island along Florida’s Atlantic coast. Most area households earn over $141,000 a year, and the typical area home is worth nearly $1.2 million. The town offers residents access to beaches, golf courses, outdoor shopping malls, and residents are within short distance of Everglades National Park. Boasting a warm climate typical of south Florida, Palm Beach is a popular destination for retirees. Only 30.7% of the local population is employed, compared to about 48% of the total U.S. population.

Still, for those who are working, the job market in Palm Beach is strong. Over the last five years, an average of only 2.3% of the labor force was unemployed, less than half the comparable 5.3% U.S. average unemployment rate.