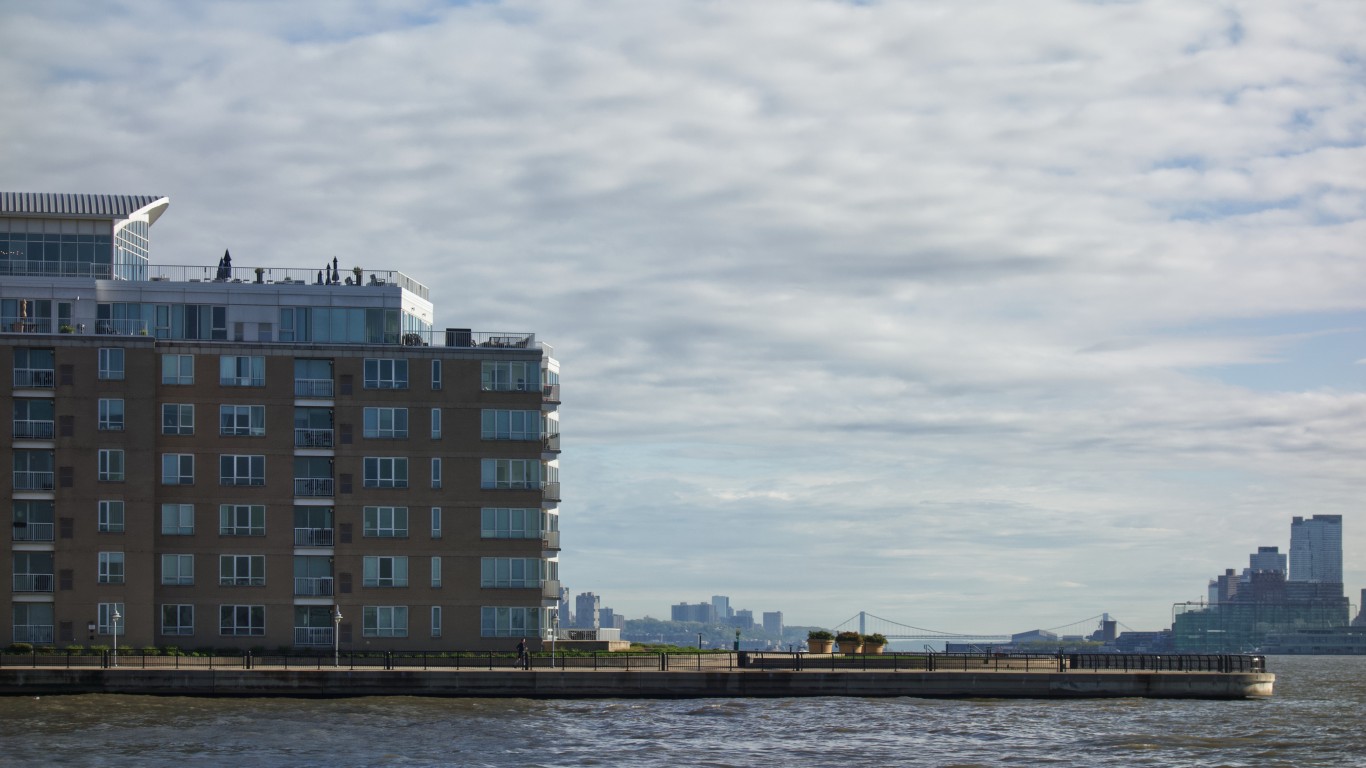 Located on the west side of the lower Hudson River, Union City, New Jersey, is one of several communities within commuting distance of Manhattan to rank on this list. Despite its proximity to New York City it is far more affordable while offering residents many of the same benefits, including access to jobs, health care, entertainment, and reliable public transportation. Over 40% of workers in Union City commute using public transit compared to just 5% of American workers nationwide. 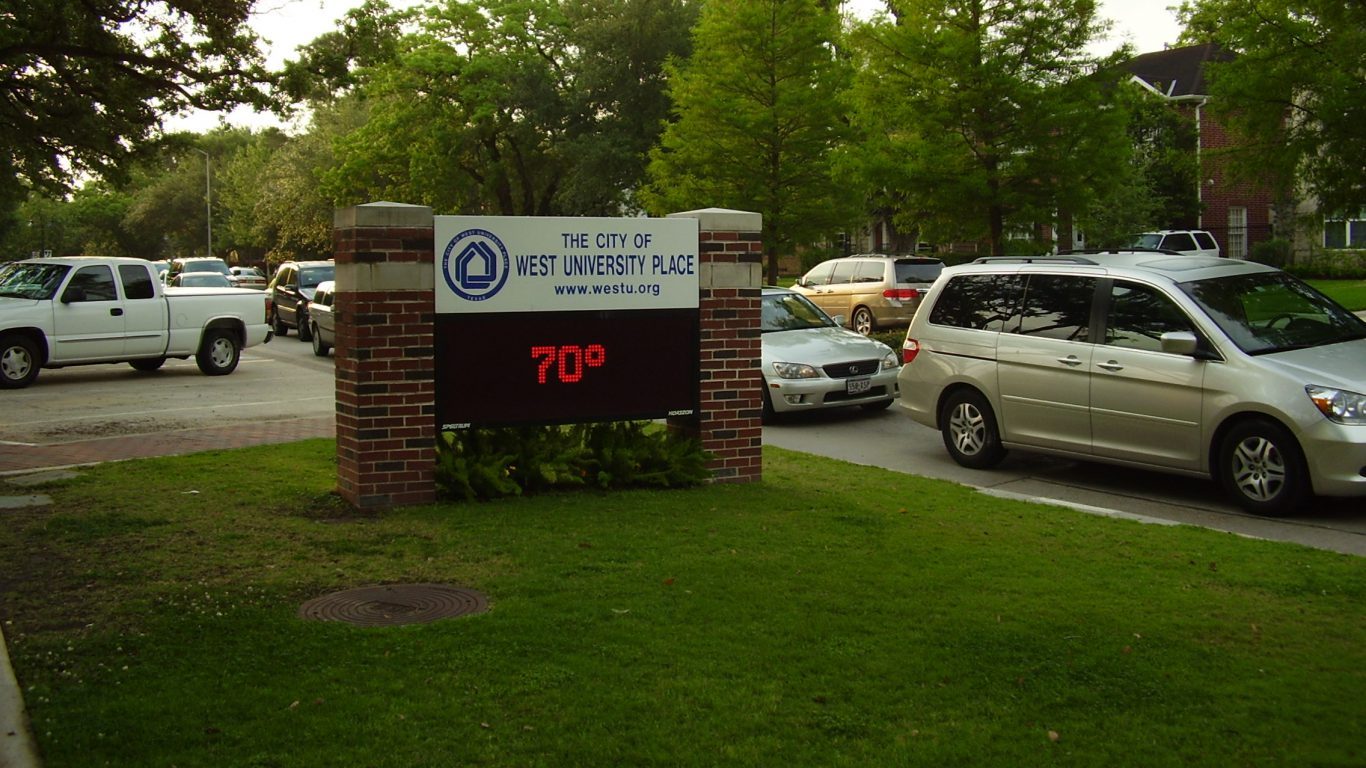 The Houston suburb of West University Place is one of two places in Texas to rank on this list. A wealthy city, West University Place has a median household income of over a quarter of a million dollars. The average five year unemployment rate in the city stands at just 2.6%, less than half the comparable 5.3% national figure.

In close proximity to Houston, West University offers residents access to employment and entertainment in one of the largest American cities without some of the drawbacks of living in a large metropolis. 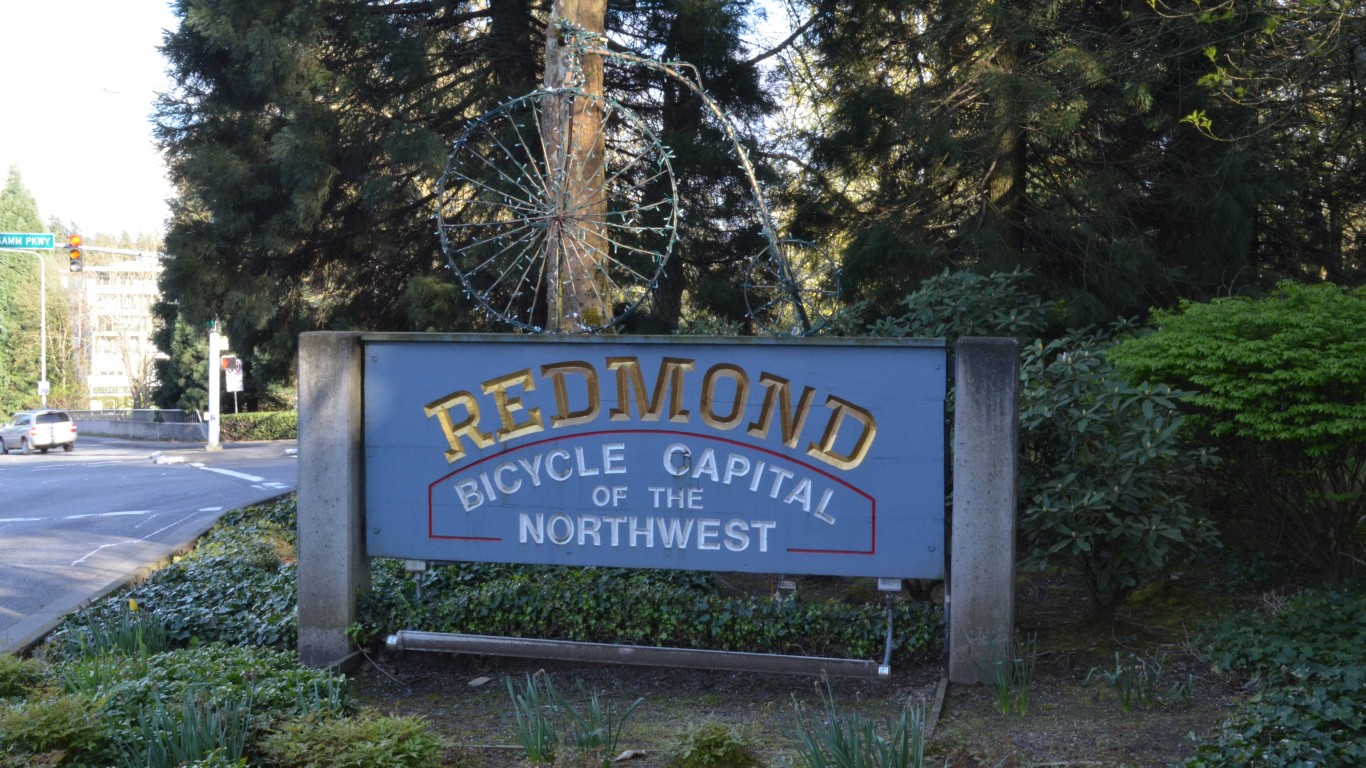 Redmond, a city of about 66,000 residents 15 miles northeast of Seattle, is the highest ranking city in Washington on this list. The city has several expansive parks, hiking trails, and over 110 shops, restaurants, and entertainment venues in a walkable downtown area. Redmond is also home to Microsoft and Nintendo of America — and the presence of these major employers may help explain why the city’s 3.5% five-year unemployment rate is well below the comparable 5.3% national average. In the last four years alone, employment has climbed by 17% in the city.

Redmond is proving to be a popular option for new residents and families. In the last half decade, the local population grew by 15.6% — more than four times the national population growth of 3.4% over the same period. 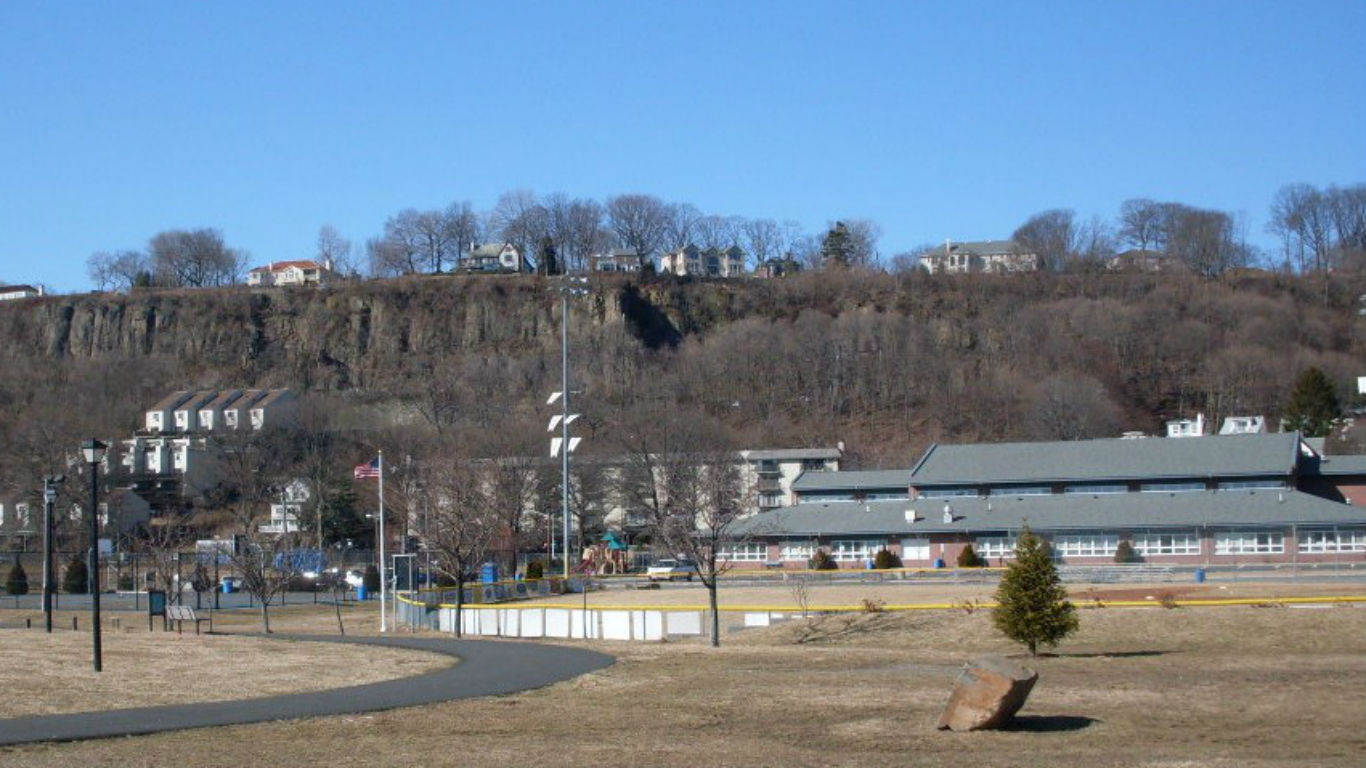 Edgewater, New Jersey, located directly across the Hudson River from Manhattan’s Upper West Side and Harlem, is one of several places in the New York City metro area to rank on this list. Residents have access to jobs and culture in the nation’s largest city as well as reliable public transportation. Over the last five years, just 3.5% of Edgewater’s labor force was unemployed, compared to the national 5.3% average jobless rate. Also, 44.2% of commuters rely on public transportation, compared to 5.0% of commuters nationwide. 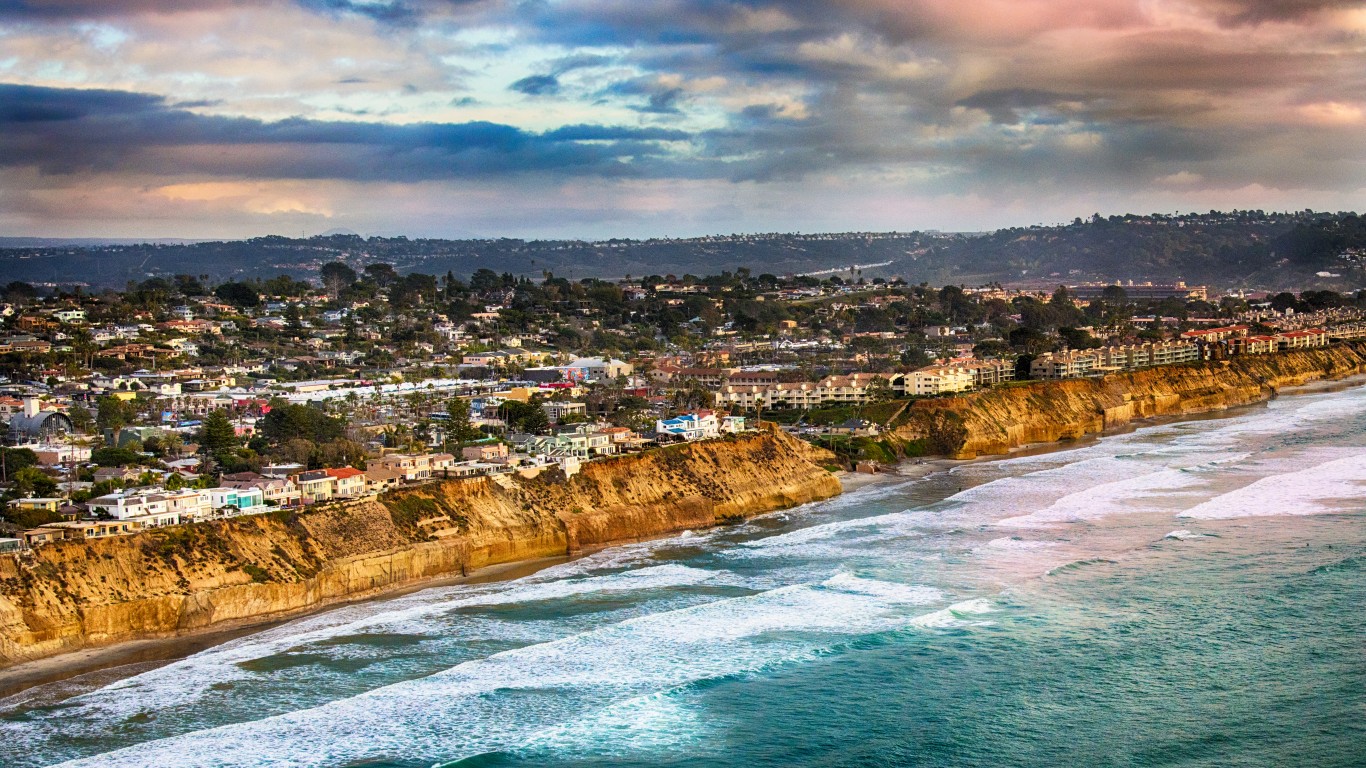 Solana Beach is one of several communities in coastal California to rank on this list. The city, located just 30 minutes from downtown San Diego, boasts nearly 2 miles of coastline and a warm climate to go with it. Downtown Solana Beach is walkable and offers residents a wide range of dining and shopping options.

Residents are willing to pay considerably for the area’s location and amenities as the typical area home is worth nearly $1.2 million. Incomes in the area are relatively high as well. Most households earn over $108,000 a year, far more than the national median household income of less than $63,000.