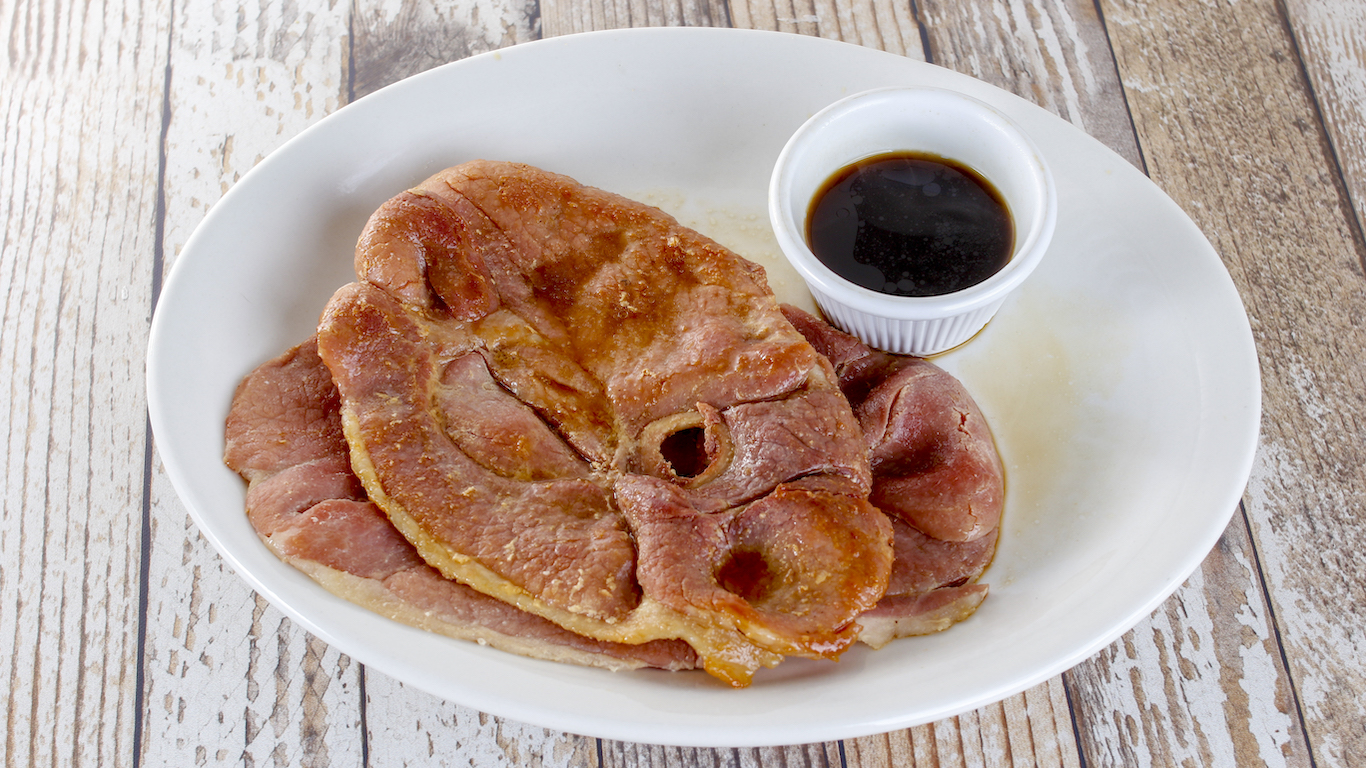 Country ham, cured and smoked, very salty and dry, is one of the culinary treasures of the South. The classic preparation is to pan-fry thin slices of it in bacon fat, lard, or butter, then deglaze the pan with strong black coffee. The resulting gravy is said to be called “red-eye” because the layer of grease on the top is said to resemble the surface of a human eyeball. The ham is typically served for breakfast, with grits (see “shrimp and grits,” below) and fried eggs on the side and the gravy poured over both ham and grits. 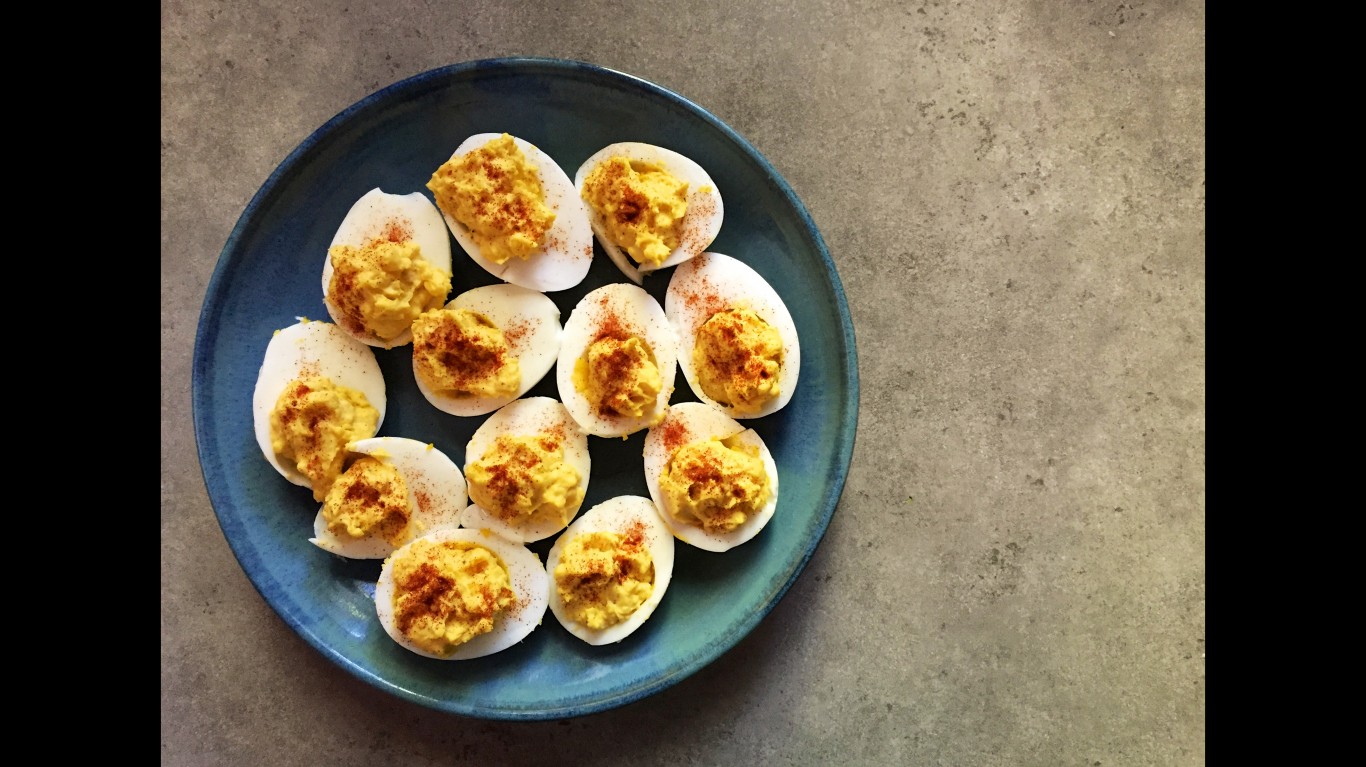 This preparation of hard-boiled eggs, with the yolk removed, mixed with mayonnaise and various seasonings (including mustard), and stuffed back into the halved whites, may be ubiquitous, but in no other region is it as much of a culinary icon as in the South. Deviled eggs were made for every occasion, every holiday, every funeral; there are even special deviled-egg plates, passed on as family heirlooms.

24/7 Wall St.
The Unhealthiest Item in Every Fast-Food Chain in the US 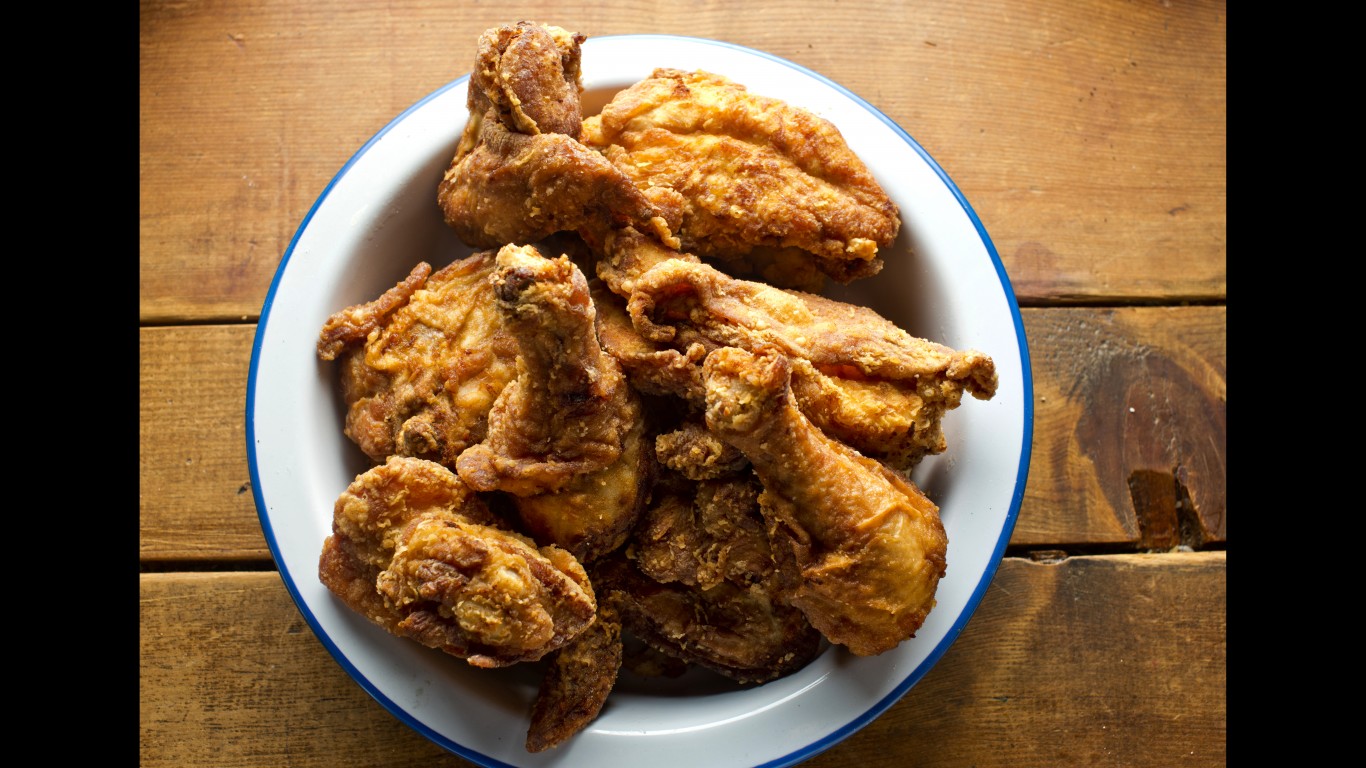 Today, we’ve got Korean fried chicken, Japanese fried chicken, fast-food fried chicken, famous-chef fried chicken (cf. Thomas Keller, who owns some of the very best restaurants in America), and more, but Southern fried chicken still rules the roost. The idea of frying pieces of the bird was probably brought to America by Scottish immigrants to Virginia and the Carolinas in the late 18th century. (They had fried chicken in fat at home, while the English preferred to roast or bake it.) It was African slaves cooking in plantation kitchens, though, who are thought to have introduced the crispy, seasoned fried chicken we know and love today. There are countless recipes for the dish, but most now involve an egg batter enhanced with (at the minimum) salt, pepper, and paprika. 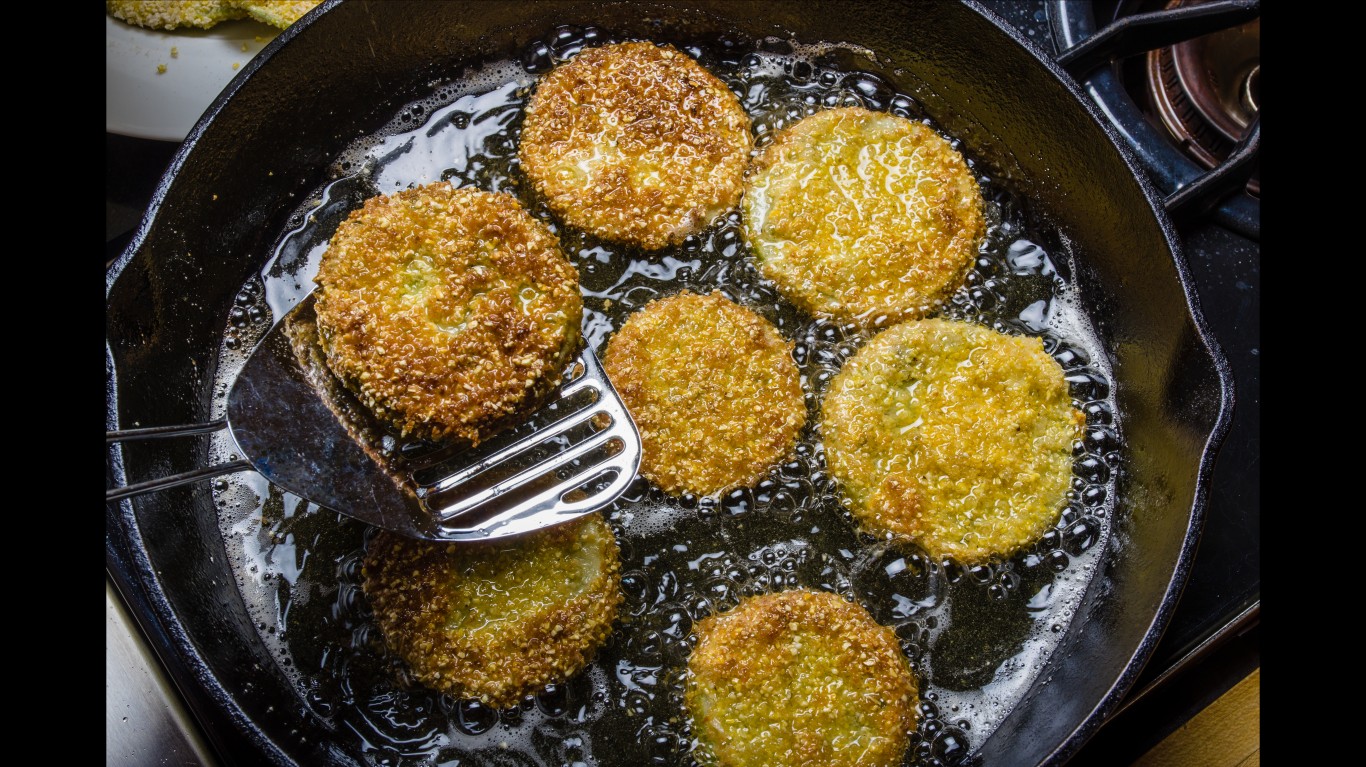 Don’t tell Southerners, but the earliest American recipes for this popular preparation of late-season produce appeared in Jewish cookbooks and Midwestern recipe collections from the in the late 19th and early 20th centuries. The association of the dish with Southern cooking is apparently a modern phenomenon, the result of actress and author Fannie Flagg’s 1987 novel “Fried Green Tomatoes at the Whistle Stop Cafe” and the ensuing 1991 movie “Fried Green Tomatoes.” The tomatoes were served as a side dish at the Irondale Cafe near Birmingham, Alabama, on which Flagg’s Whistle Stop was based. After the novel, and especially the film, demand for them skyrocketed, and other places began serving them too. Their origins aside, they are now a beloved part of the Southern culinary canon. 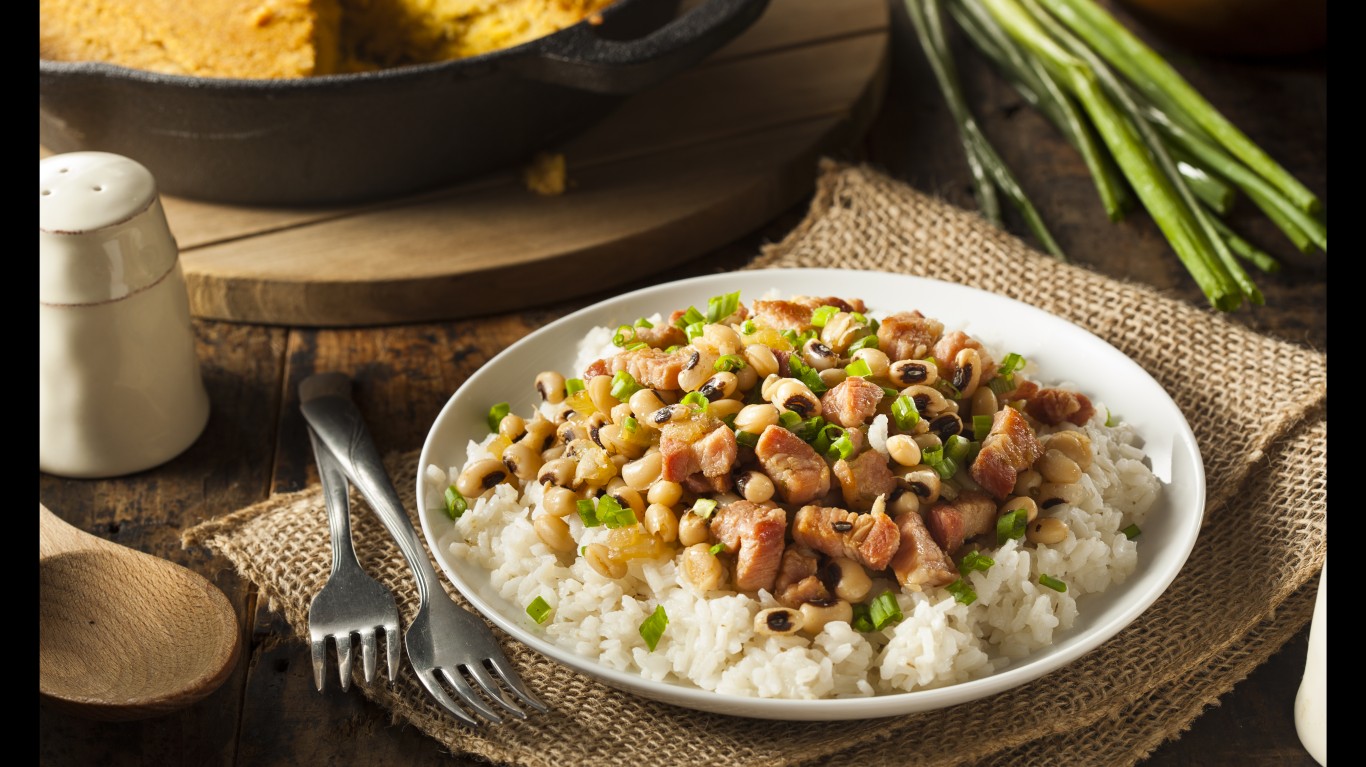 Originating in the South Carolina Lowcountry, this mixture of rice, black-eyed peas, and pork — bacon, ham hock, or salt pork — is of obvious African inspiration (the Senegalese dish called thiebou niebe, made with rice and cow peas, is similar.) Although enjoyed all year, it is a traditional New Year’s Day dish in the South, traditionally eaten with collard greens and cornbread for the occasion. The meal is said to promise prosperity for the coming year (the greens represent dollar bills, the peas supposedly a symbol for coins).