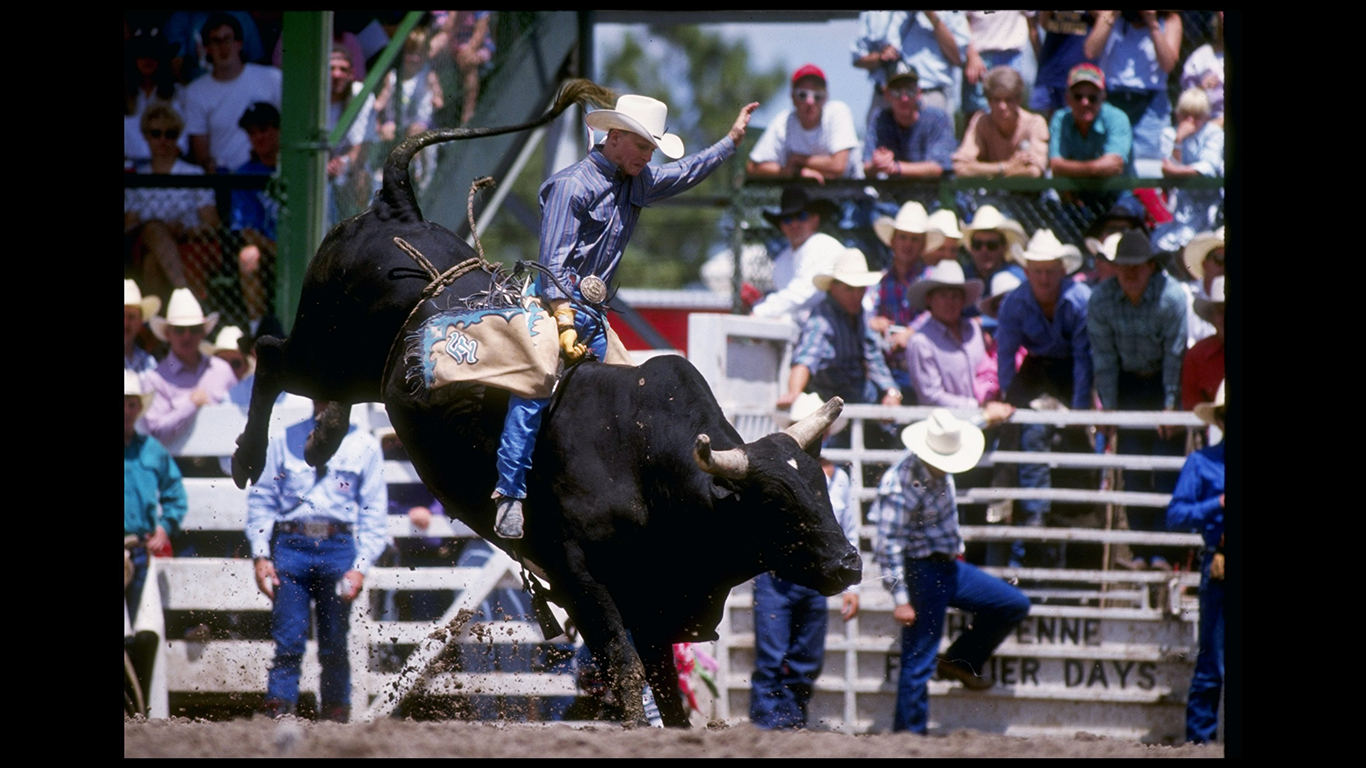 Ty Murray was inducted into the ProRodeo Hall of Fame in 2000. He’s won nine world championships (seven all-around titles and two bull-riding crowns). He’s also won the most money at one rodeo — $124,821 at the 1993 National Finals Rodeo — and the most money in one year, $297,896, also in 1993. Murray is recognized as the most dominant cowboy of his era. 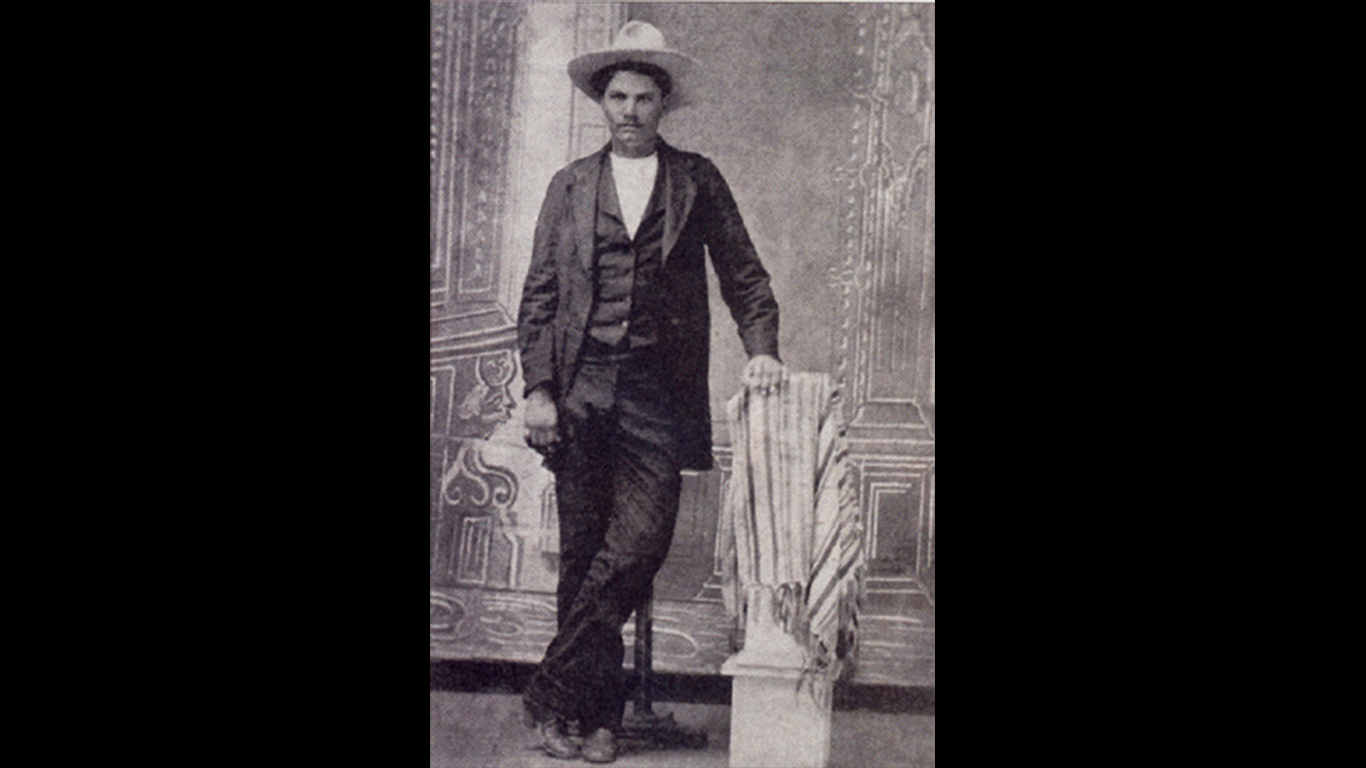 Like many of the infamous gunslingers in the West, Hardin also tried his hand at ranching for a Texas rancher in 1871. He was trying to lay low after murdering a Texas state police guard who was transferring him to Waco for a trial. However, his hot temper betrayed him on a cattle drive. Hardin got in a dispute with the man in charge of another cattle herd and shot him through the heart. Hardin is also notorious for apparently shooting a man to death in an adjoining hotel room for snoring too loudly.

24/7 Wall St.
Most Iconic Musical Duos of All Time 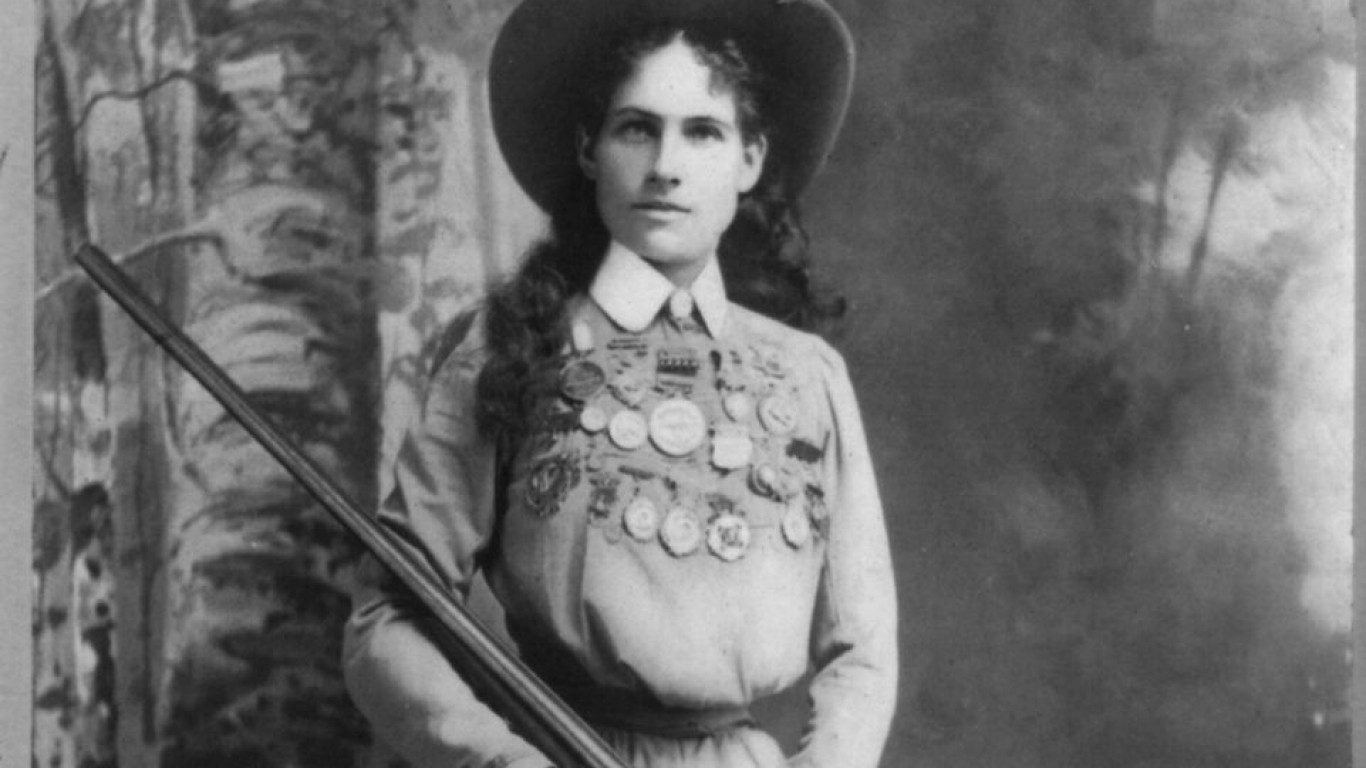 Annie Oakley was the most skilled markswoman of her time. Her shooting ability was such that she earned enough money as a teenager to pay off the mortgage on her family’s home. She was a star attraction with Buffalo Bill’s Wild West Show. Oakley astonished audiences by shooting a cigarette off her husband’s lips and hitting the edge of a playing card from 30 paces away. 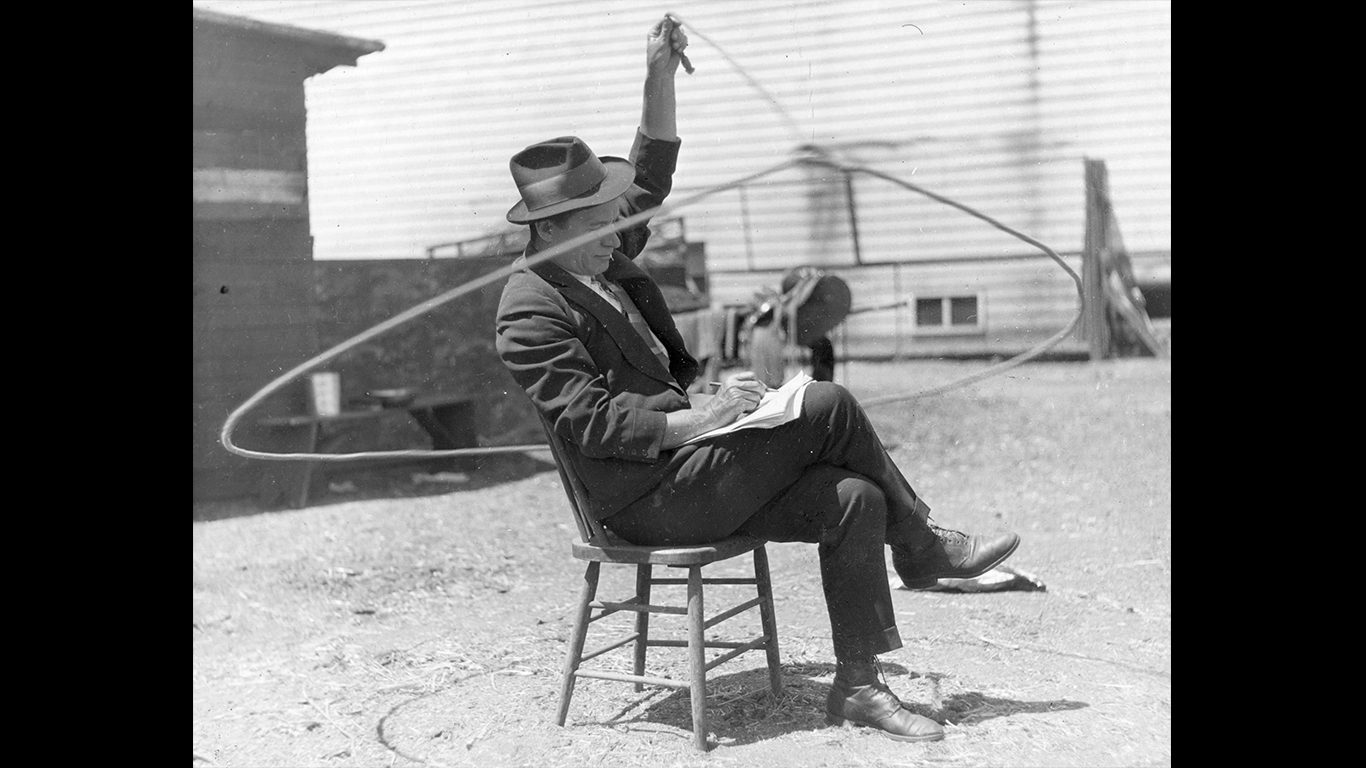 Rogers was an American author, actor, and humorist, earning the sobriquet “The Cowboy Philosopher.” Among his famous quotes is, “I am not a member of any organized party â I am a Democrat.” Rogers was part Native American and grew up in a ranching family in Oklahoma. He joined traveling Wild West shows and eventually parlayed his lassoing abilities into a vaudeville act. He was killed in a plane crash in Alaska in 1935. 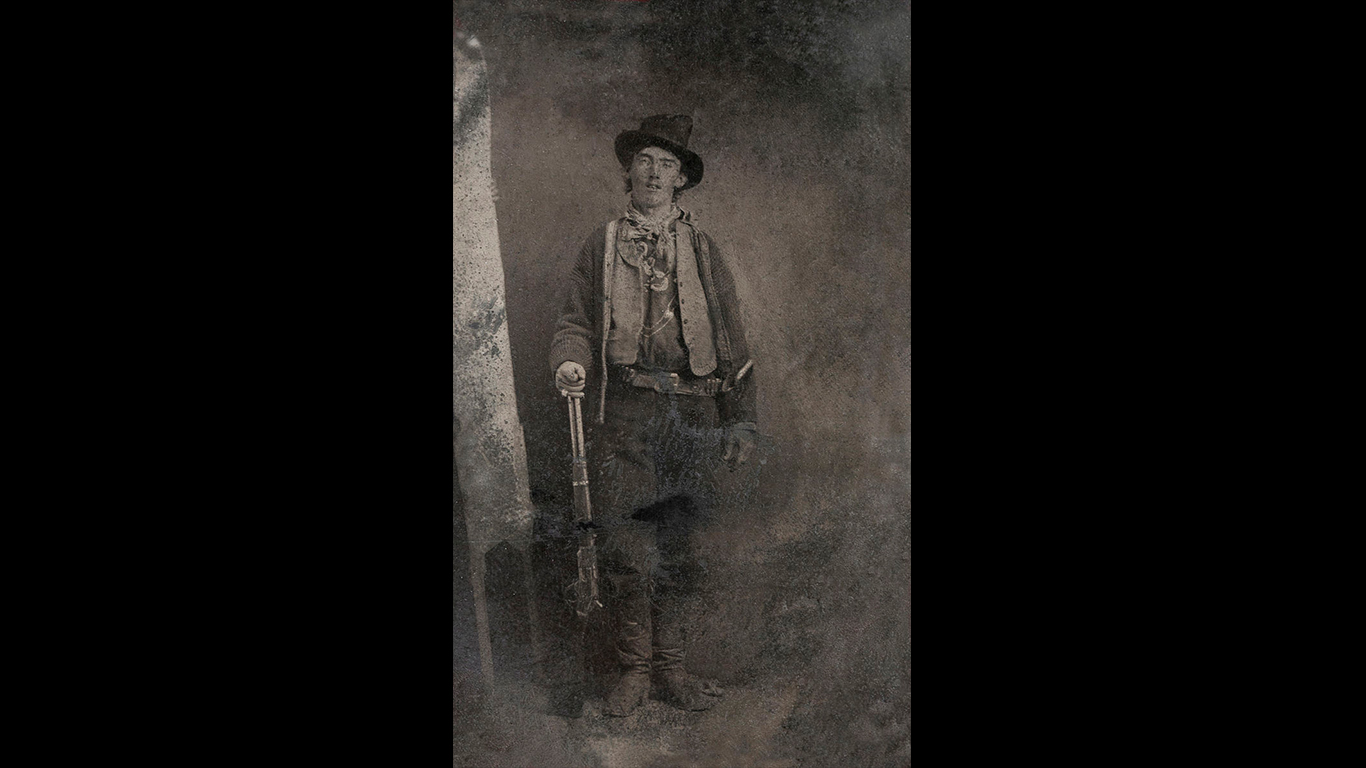 We know Billy the Kid, born Henry McCarty, as a ruthless outlaw in the Old West. But for a time he worked as a cowboy for John Tunstall, a rancher in New Mexico. Billy got involved in a dispute between Tunstall and his business partners over Tunstall’s debt. When the local sheriff and his posse attempted to seize Tunstall’s cattle, Tunstall was killed. Billy was a witness, but before the sheriff was arrested, Billy was tossed into jail. Upon release, he embarked on the Old West’s most famous criminal career.