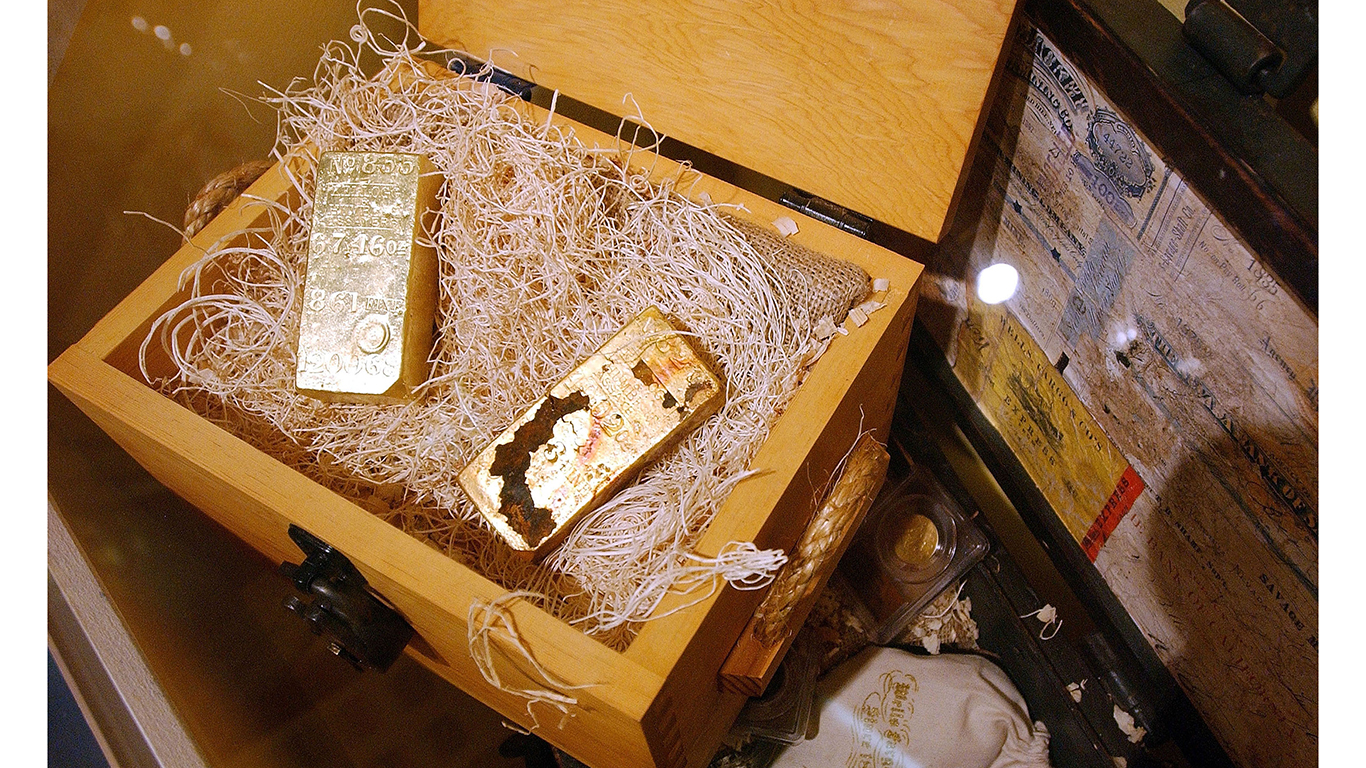 The SS Central America, loaded with 477 passengers and almost 10 tons of gold discovered in California during the Gold Rush, was heading to New York City from Panama when it was struck by a hurricane off the coast of South Carolina. It took the ship nearly two days to sink, during which time a passing ship was able to rescue around 50 of its passengers. The shipwreck was discovered in 1988 along with $150 million worth of gold. 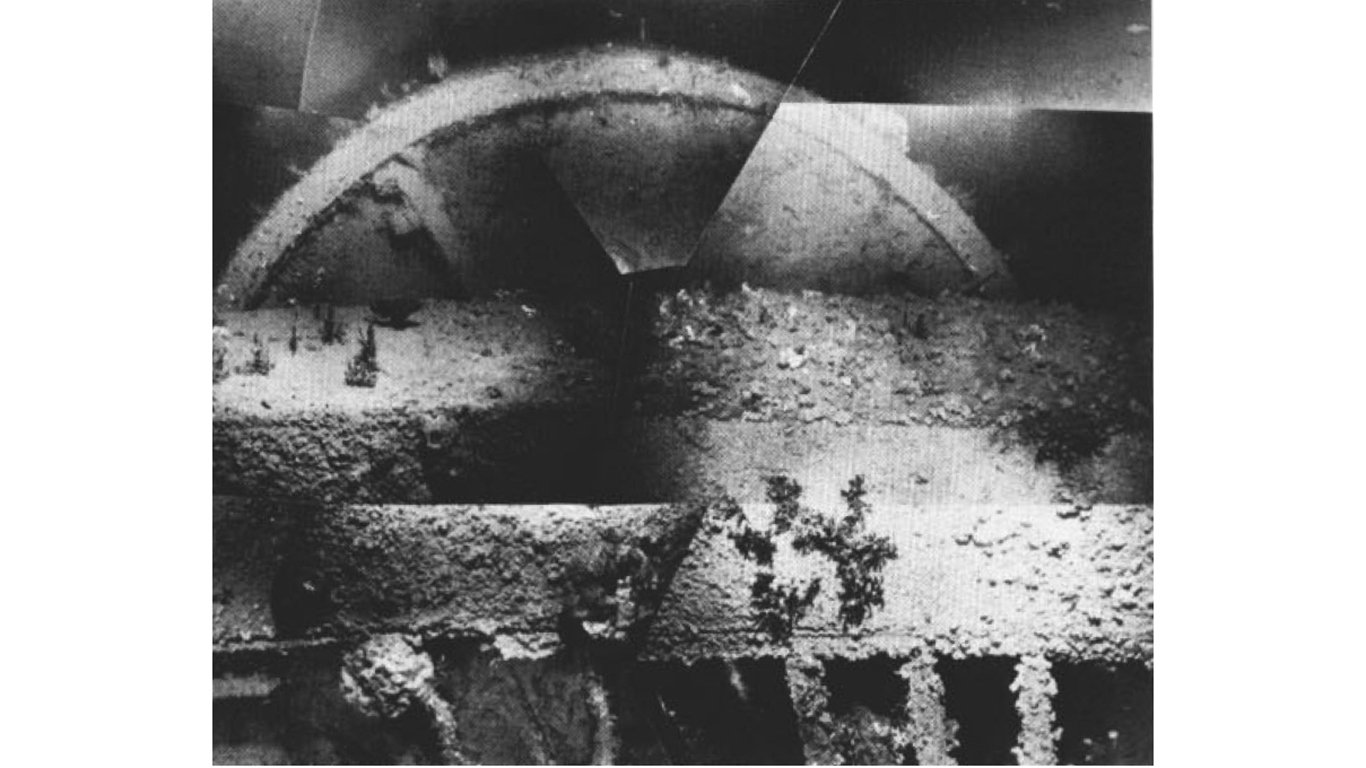 The USS Monitor, an ironclad warship famous for its Civil War standoff with the CSS Merrimack (USS Virginia), sank in a storm while being towed off the coast of North Carolina in the winter of 1862. In 2002, after six weeks of work, divers were able to recover the ship. Various pieces of the Monitor are on display at the Mariners’ Museum in Newport News, Virginia. 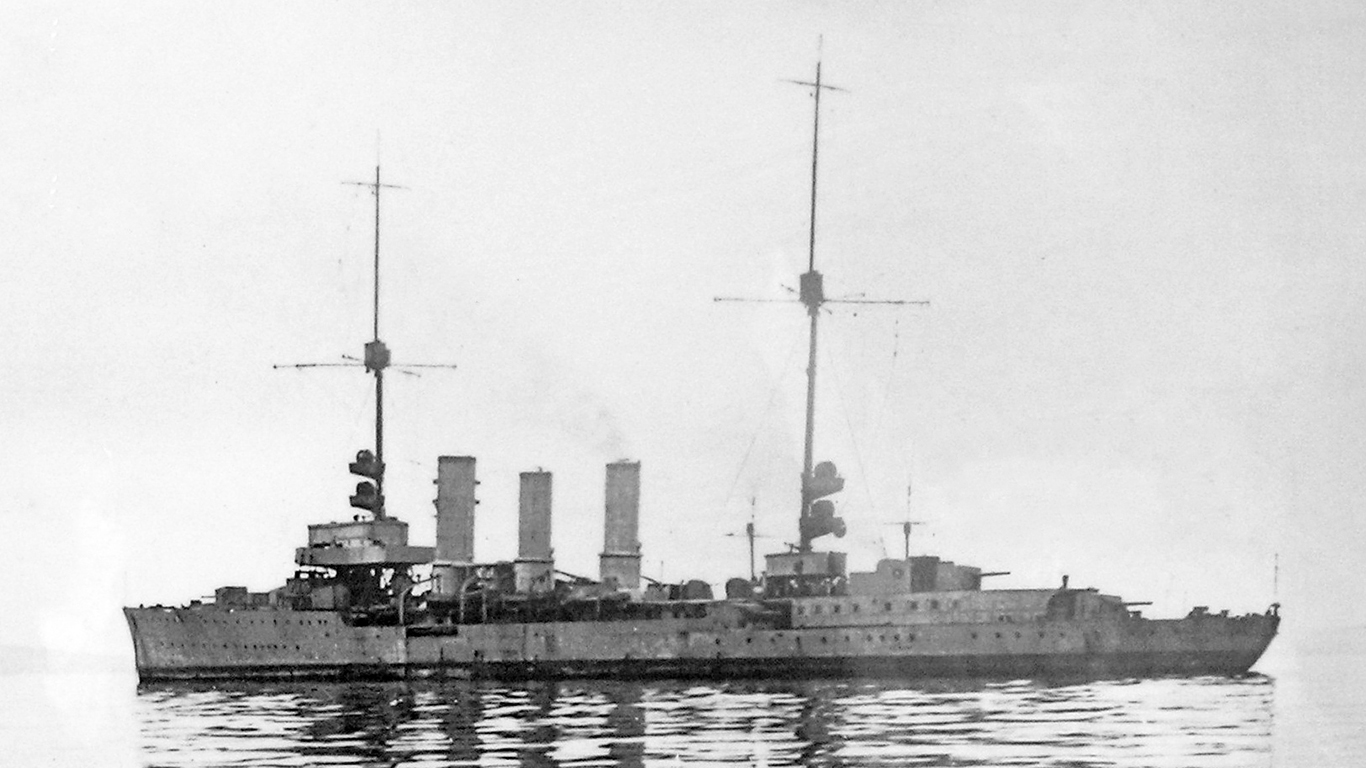 The SMS Cöln is one of 52 German warships sunk off the Orkney Islands off the northeastern coast of Scotland in the aftermath of WWI to prevent the British from seizing them, as dictated under the terms of the 1918 armistice. In the 1920s a British scrap metal dealer began salvaging the ships and by 1931 he’d removed over 30 of them, but the Cöln remained underwater and is now a popular scuba diving attraction. 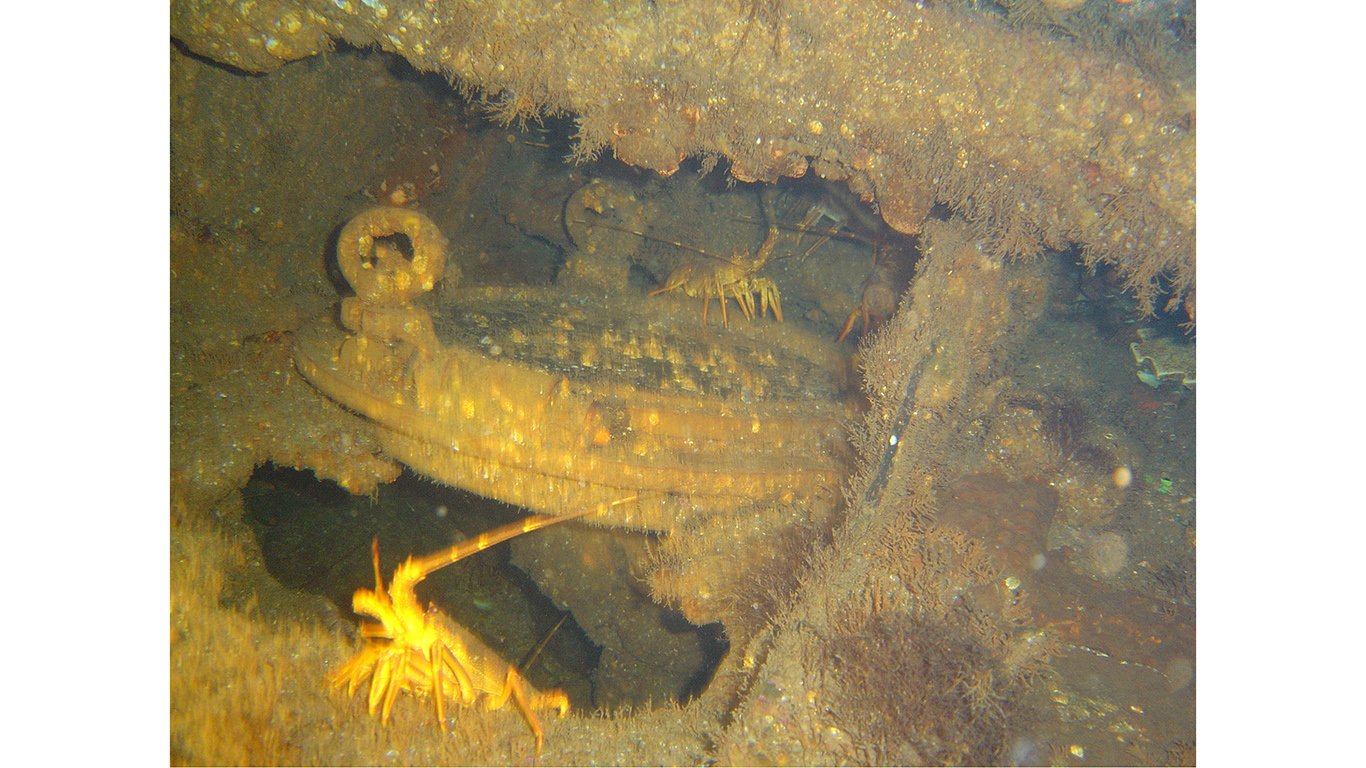 When the Lusitania launched in 1906, it was the largest ship in the world. An ocean liner operating in the transatlantic passenger trade, the Lusitania was known for its speed, setting a record for fastest Atlantic crossing in 1907. After 202 successful Atlantic crossings, it was torpedoed by a German U-Boat in 1915. Almost 1,200 passengers and crew died when the ship sank off the coast of Ireland. Many of the ship’s artifacts have been recovered throughout the years and are on display at museums around the world. 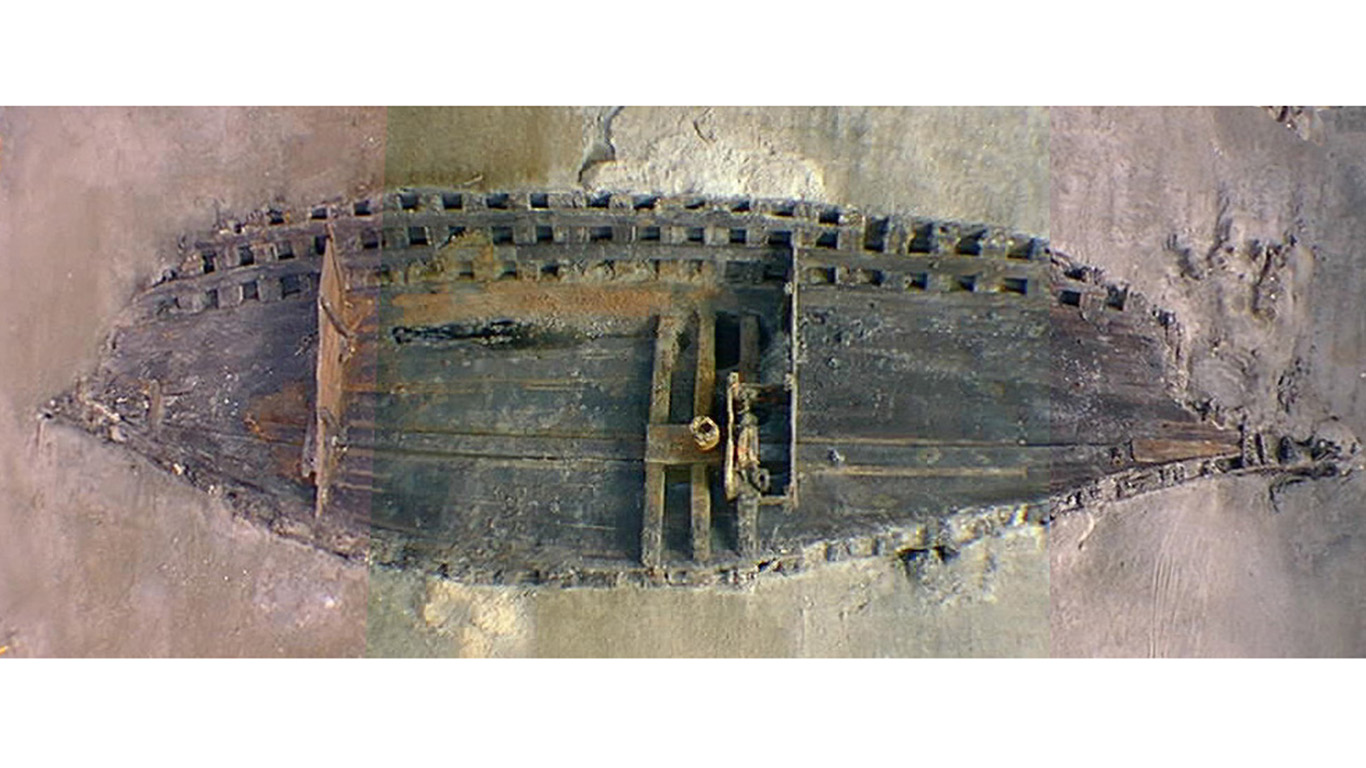 In 1684, the French ship La Belle, along with three other ships belonging to the explorer La Salle, set sail for the Mississippi River with 300 settlers aiming to colonize the area. The ships veered hundreds of miles off course into the Matagorda Bay off the coast of Texas. La Belle sank in the bay during a storm in 1686 and was discovered in 1995 by marine archaeologists. The hull has been recovered, along with many artifacts including tools, trade goods, weapons, and personal items of the would-be settlers, all of which are displayed in the Bullock Museum in Texas.