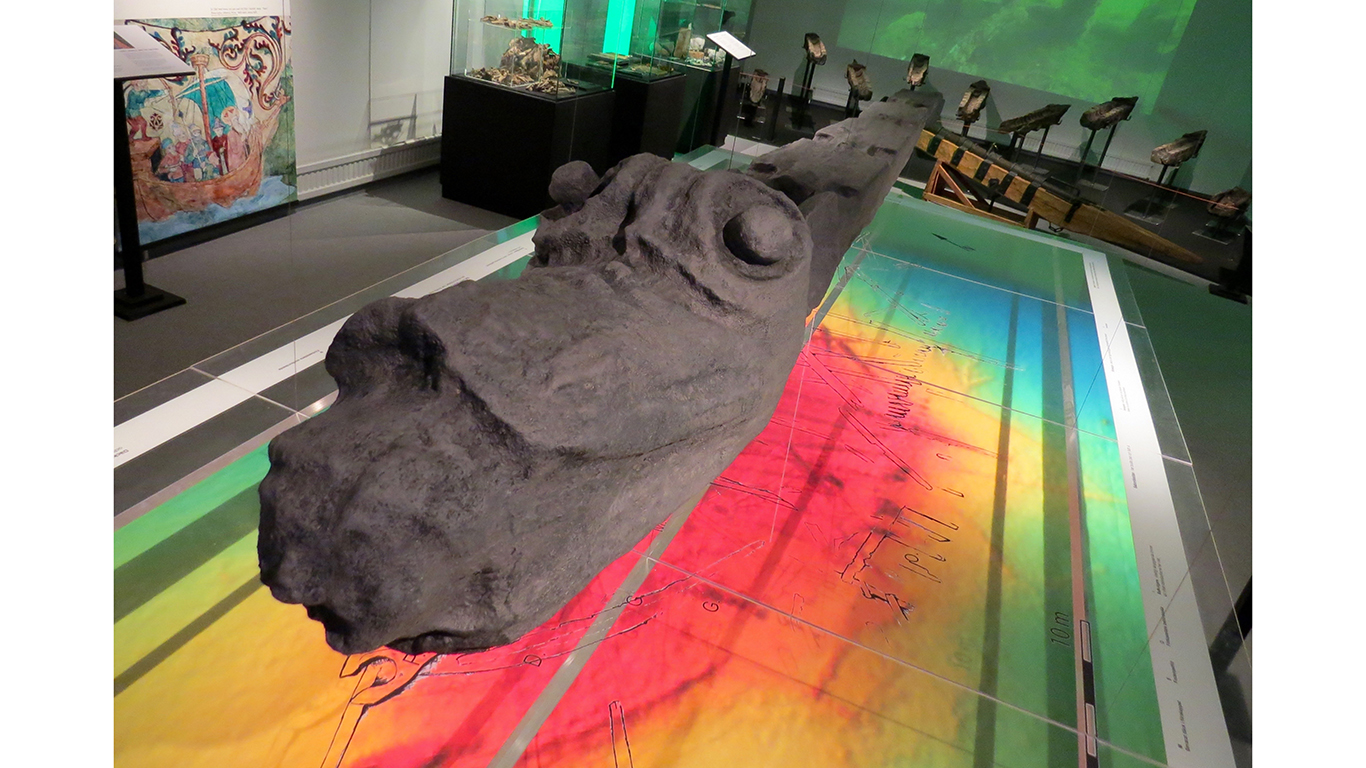 The Gribshunden, which translates to Griffen-Hound, was a medieval Danish warship that featured a colorful, elaborately carved, 660 pound wooden figurehead depicting a sea-monster. The ship sank off the coast of Sweden in 1495 after catching fire. It was discovered in the 1970s but major salvage and excavations began in 2015. It is possibly the most well-preserved late-medieval ship in the world.