Super Bowl XXXVIII turned into a shootout in the fourth quarter, as the New England Patriots and the Carolina Panthers combined for a record 37 points in that period. When it was over, the New England Patriots came on top, 32-29, to win their second Super Bowl, with Adam Vinatieri providing the difference with a 41-yard field goal with 4 seconds left. Carolina had tied the game on a 12-yard touchdown pass from Jake Delhomme to Ricky Proehl with less than two minutes remaining. For the game, Delhomme threw for 323 yards and three touchdowns to lead the Panthers, who were making their first Super Bowl appearance. Not to be outdone, Tom Brady added another Super Bowl MVP to his collection by completing 32 of 48 passes for 354 yards and three touchdowns. The game was also noteworthy for its halftime show and the famous “wardrobe malfunction” when Janet Jackson’s breast was exposed by Justin Timberlake. 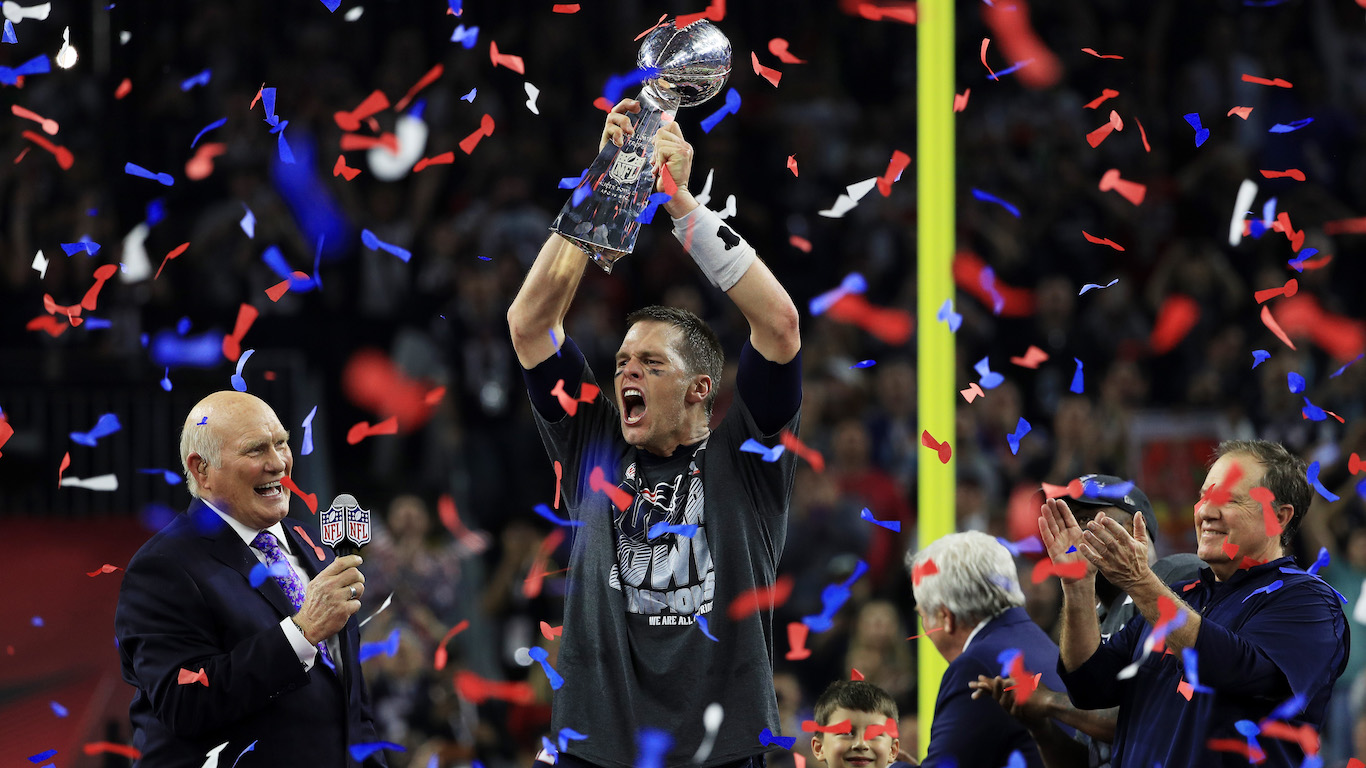 The greatest Super Bowl of all was last year’s game when the New England Patriots triumphed over the the Atlanta Falcons 34-28 in overtime. It was the only time the big game was decided in overtime. The Patriots overcame a 25-point deficit, the biggest in Super Bowl history. They scored 19 unanswered points in the fourth quarter, capped by James White’s touchdown with less than a minute to go. Eventual MVP Tom Brady set Super Bowl records for passing yards (466) and completions (43). The Patriots had 37 first downs to Atlanta’s 17, and rolled up 546 total yards. In defeat, Atlanta quarterback Matt Ryan completed 17 passes in 23 attempts for 284 yards and a quarterback rating of 144.1. It was the fifth Super Bowl title for New England, tying the Dallas Cowboys and San Francisco 49ers for second most victories by a franchise. The Pittsburgh Steelers lead with six.