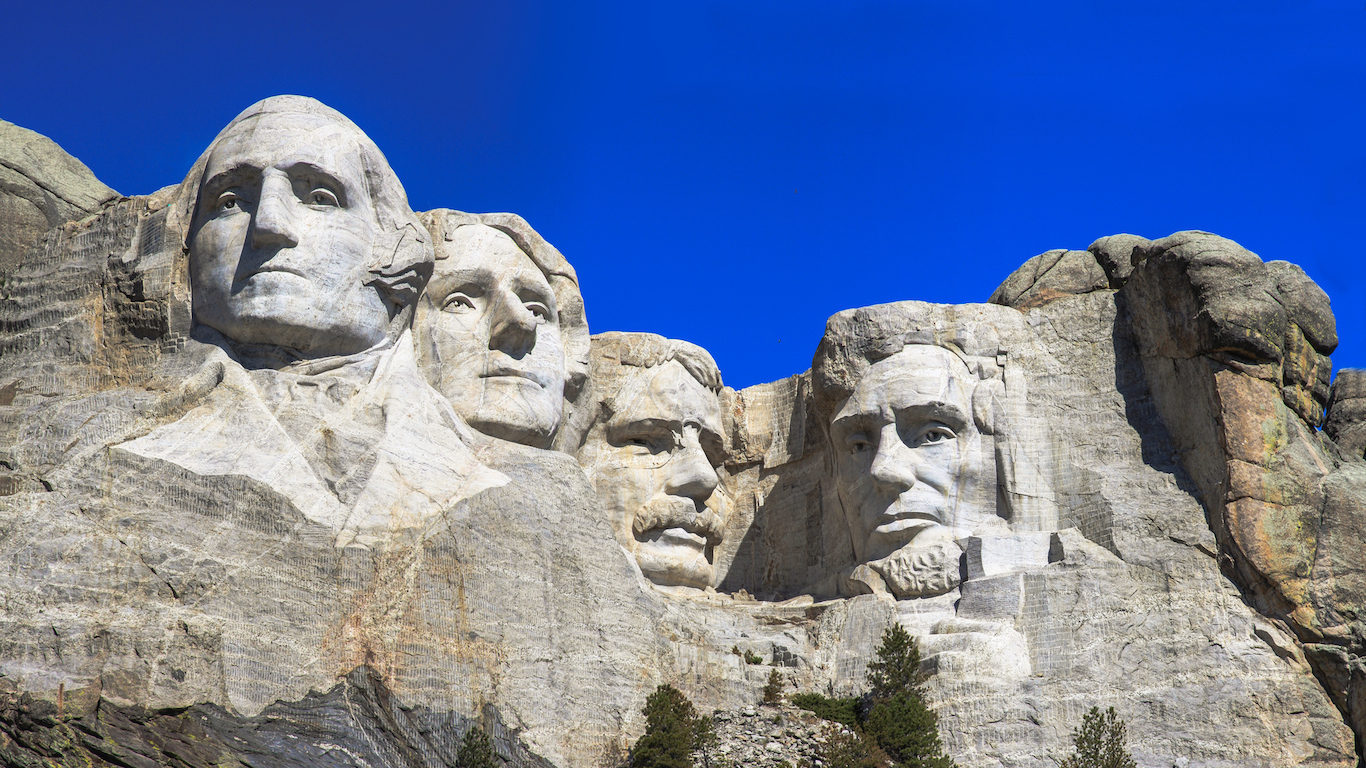 One of America’s iconic images is among the newest, as Mount Rushmore National Memorial was opened in 1941. The 60-foot high stone visages of Abraham Lincoln, George Washington, Theodore Roosevelt, and Thomas Jefferson are framed against the Black Hills of South Dakota. Sculptor Gutzon Borglum selected Mount Rushmore in the early 1920s because of the site’s dimensions — 1,000 feet long and 400 feet wide. Work started on the project in 1927. The original plans from Borglum called for all four presidents to be shown from the waist up, but there was not enough funding to realize his vision. 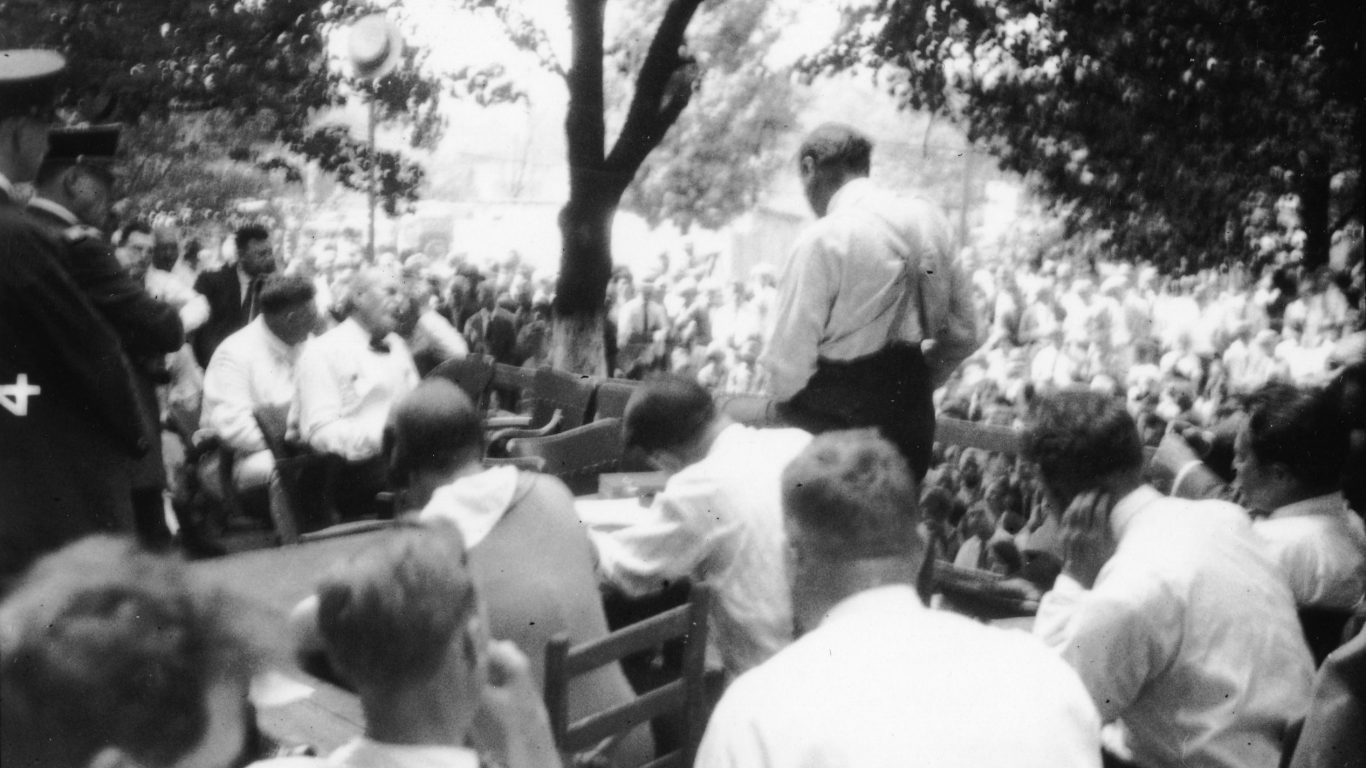 John Thomas Scopes, a high school science teacher in Dayton, Tennessee, taught his students about evolution in 1925 to protest of a new law that would fine anyone who taught a “theory that denies the story of the Divine Creation.” Scopes was fined and called on the American Civil Liberties Union to help prove the law was unconstitutional. Former presidential candidate William Jennings Bryan offered to help the prosecution.

The case garnered so much attention that it was moved to the courthouse lawn over concerns the extra people in the court would cause the floor to collapse. The defense wasn’t allowed to question the constitutionality of the law, so it called Bryan to the stand to defend his beliefs. But Bryan couldn’t, making contradictory statements about his faith. The defense eventually requested a guilty verdict so it could later be appealed. Scopes was ordered to pay the minimum fine of $100, but that verdict was later overturned by the Supreme Court.

24/7 Wall St.
How Your State Was Founded 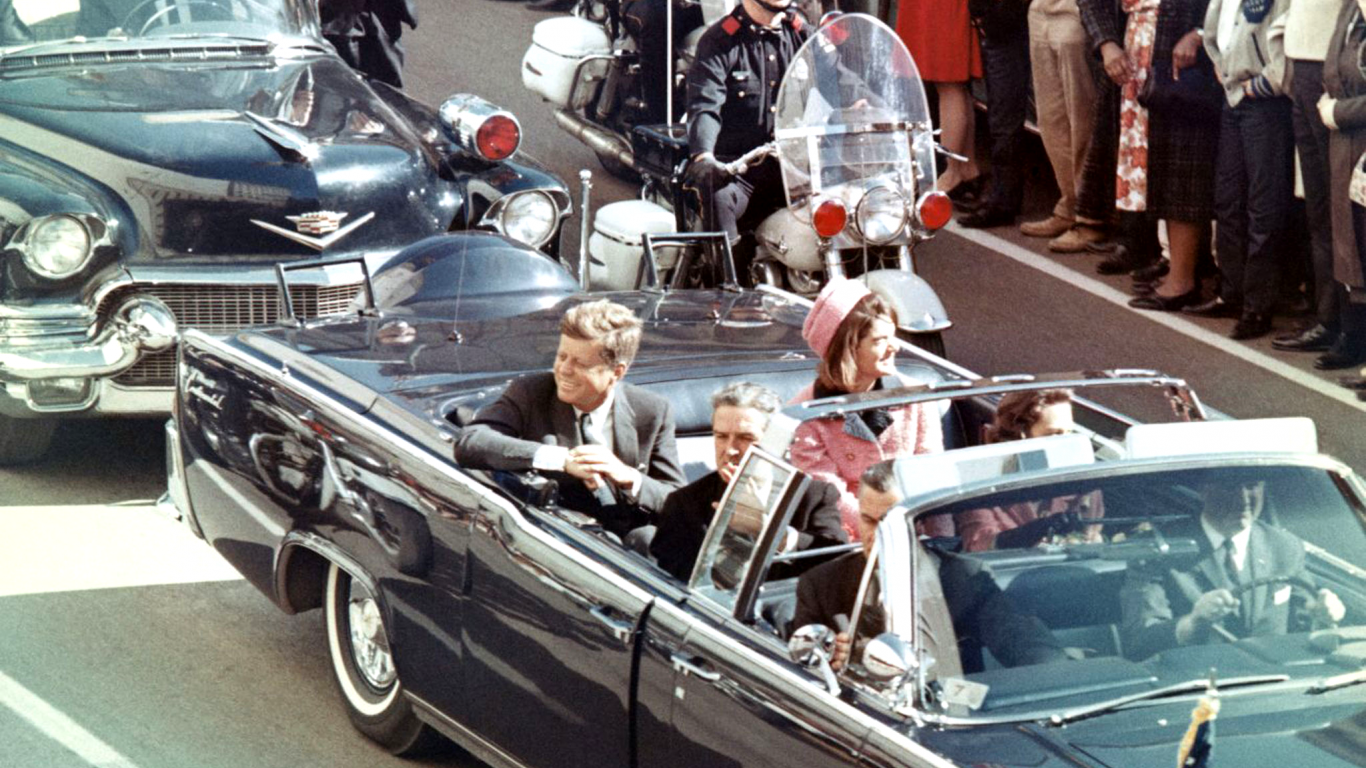 Even though the campaign for the 1964 election had not yet started and President John F. Kennedy had not formally announced he was seeking re-election, the Democrat had come to Texas seeking early support for a re-election bid, hoping to garner support from the staunchly conservative state. Kennedy’s popularity was building and he was greeted by enthusiastic crowds in Dallas before Lee Harvey Oswald assassinated him. Kennedy was never able to fulfill his ambitious goals for the country. The assassination of Kennedy traumatized the nation and has haunted the city of Dallas for many years. 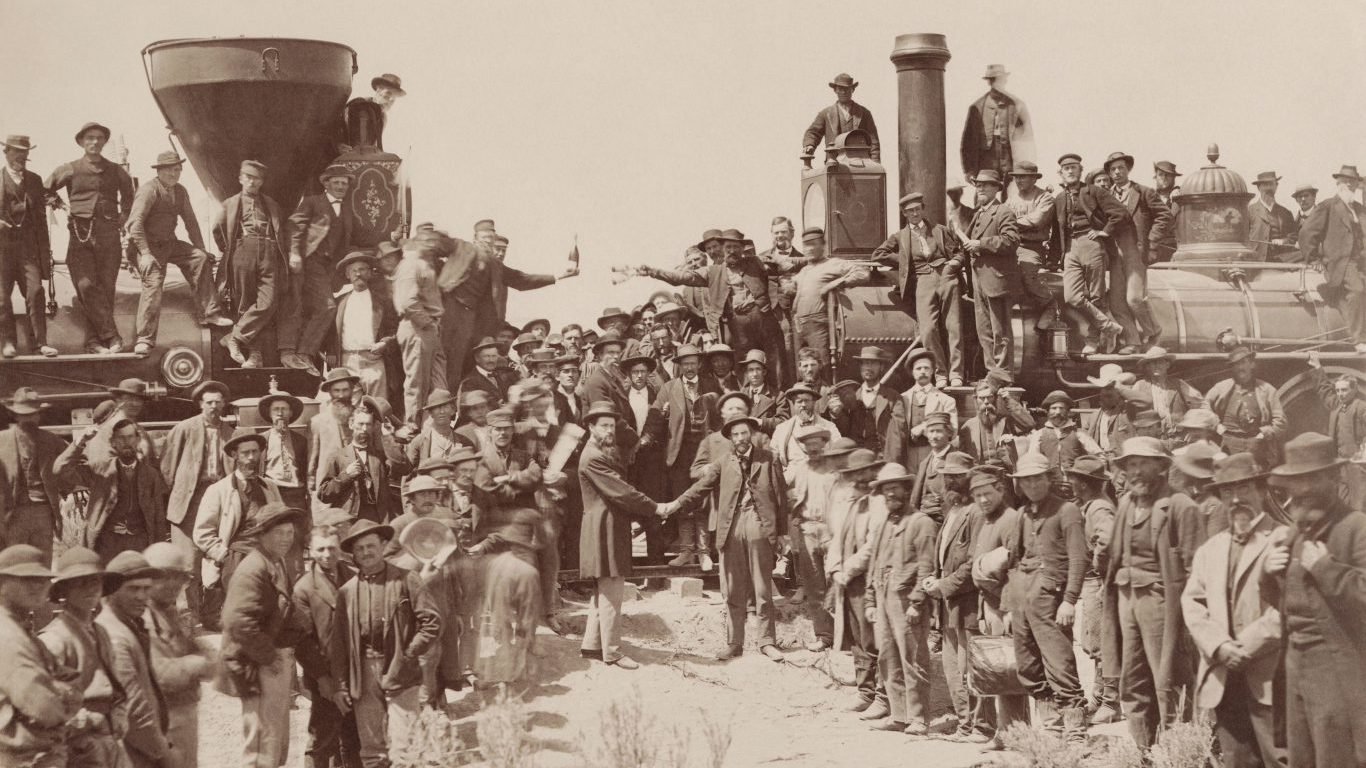 The transcontinental railroad finally connected both coasts of the United States at Promontory Point in Utah on May 10, 1869. The task was completed by rival railroads Central Pacific and Union Pacific. The Central Pacific, moving east from Sacramento, California, used mostly Chinese laborers, which was controversial at the time because they were looked down upon due to entrenched racism in the country. The Chinese persevered through terrible conditions in the Sierra Nevada mountains and proved to be indefatigable workers. The Union Pacific, which moved west from Omaha, Nebraska, used mostly Irish workers and Civil War veterans. 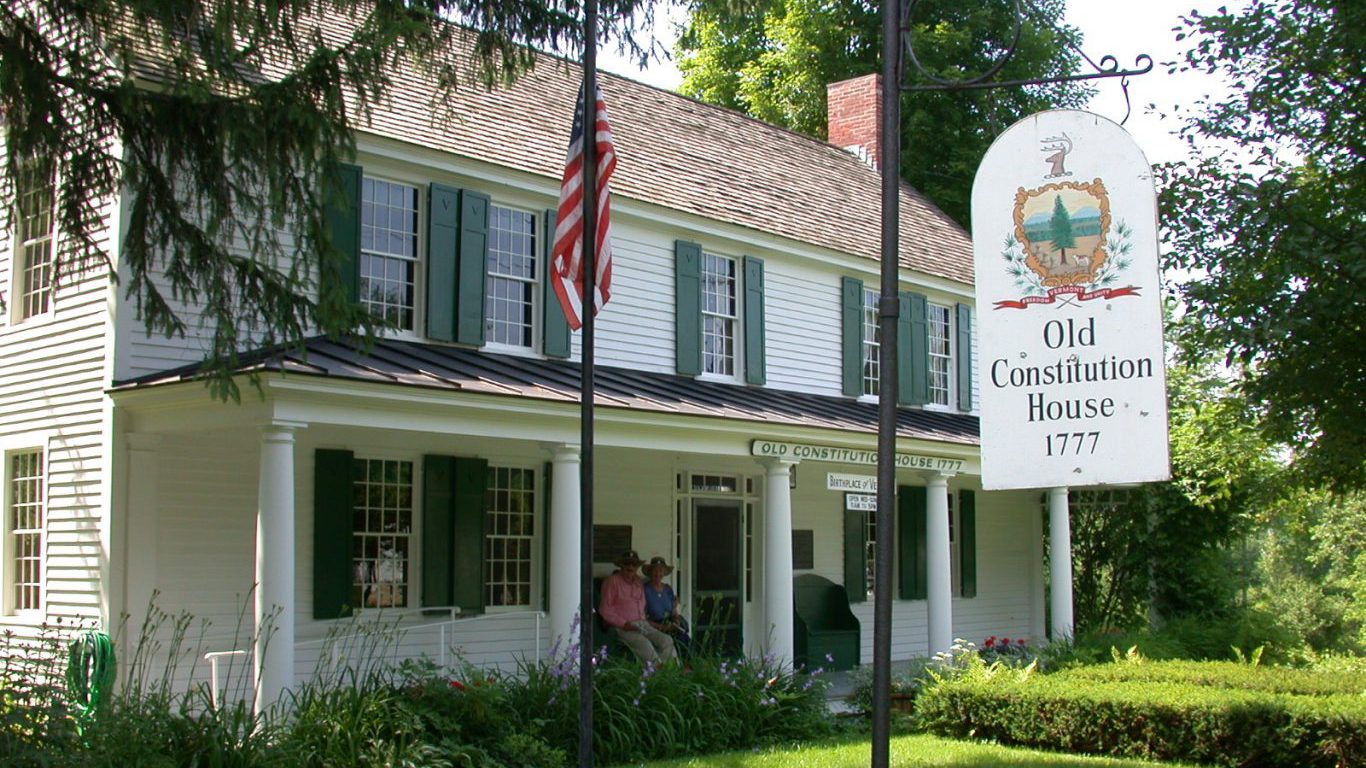 Nearly a century before the Civil War, Vermont became the first state to outlaw slavery, just after the Colonies declared their independence. Vermont was, at that point, an independent republic. The transatlantic slave trade had yet to reach its peak.

Other states, such as Pennsylvania, followed suit within a few years, using laws that only gradually released current slaves while preventing any new ones from being brought to the state. Despite the 1777 law, there now appears to be evidence that some Vermonters still held slaves in the 19th century.