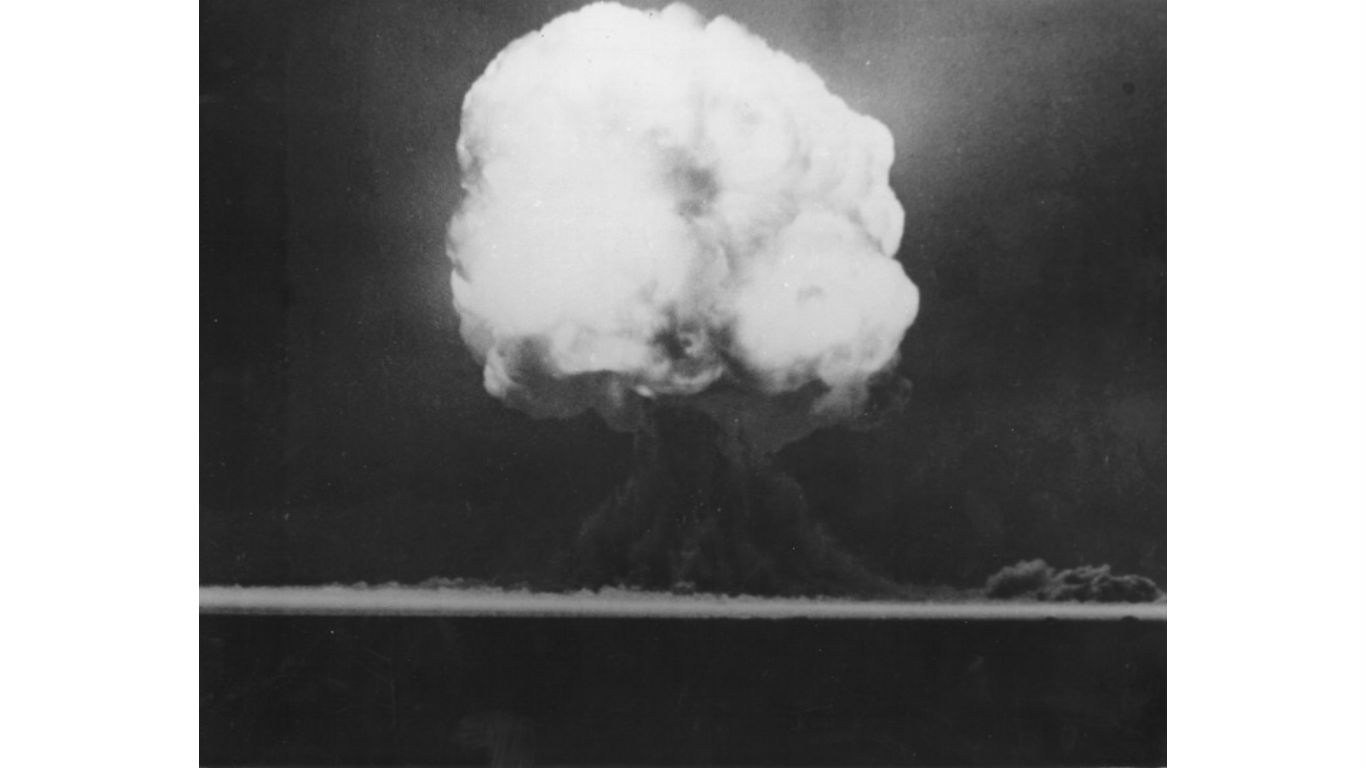 Scientists detonated the first atomic bomb on July 16, 1945, in the New Mexico desert, and the world would never be the same. The code name for the nuclear test was “Trinity,” and the following month atomic weapons were used against the Japanese cities of Hiroshima and Nagasaki with such devastating effect that the Japanese surrendered shortly after. The U.S. wasn’t the only member of the nuclear club for long — the Soviet Union set off its first atomic bomb in 1949, ratcheting up Cold War tensions. 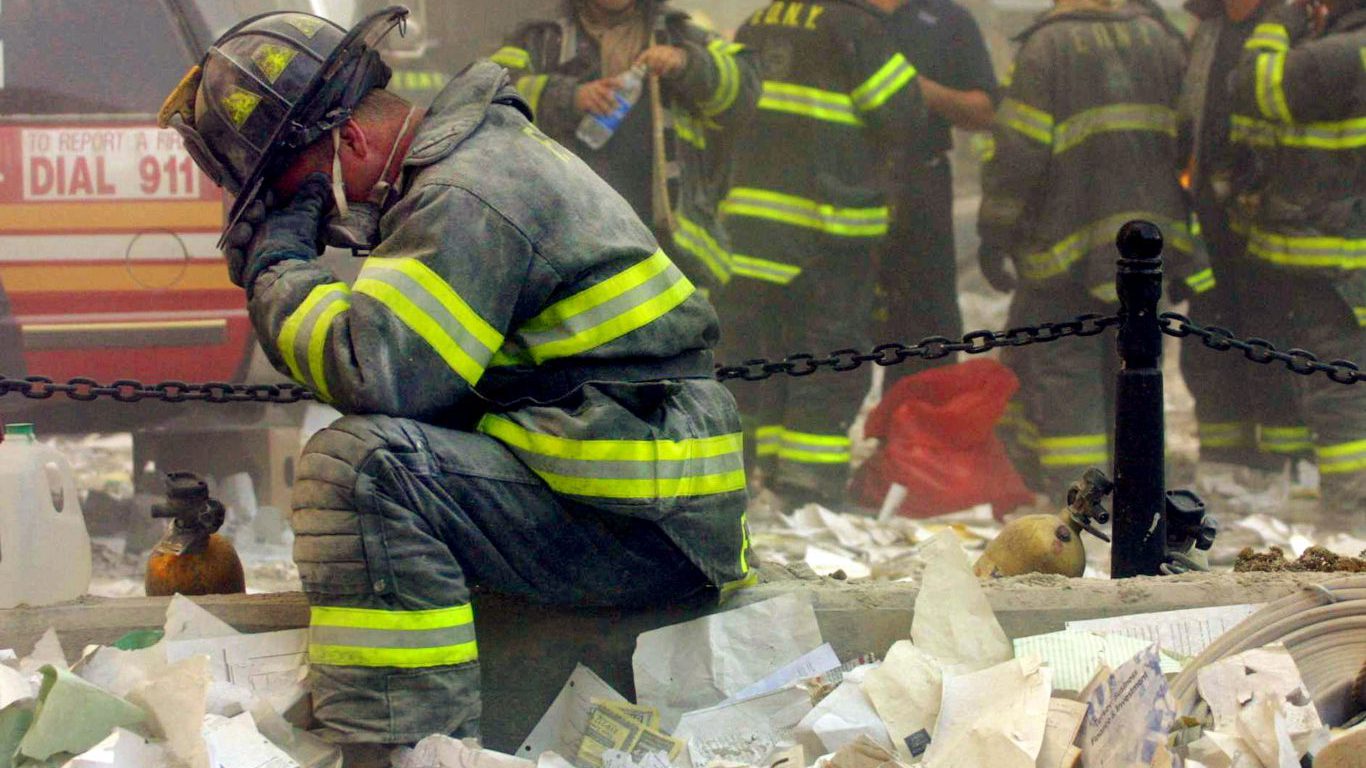 The world was shocked when two hijacked commercial airplanes hit the Twin Towers of the World Trade Center in New York City on September 11, 2001. Another plane hit the Pentagon and another crashed into a field in Pennsylvania. The skyscrapers collapsed with thousands of people and first responders trapped in them. In all, close to 3,000 people died in the attacks.

The terrorist attack by the extremist group al-Qaeda has had massive and far-reaching implications for the U.S. and the world since. Soon after, the U.S. began fighting in Afghanistan, which was then controlled by the Taliban. The September 11 attacks also provided the impetus for the Iraq War in 2003.

24/7 Wall St.
The Best Fair, Festival, or Event in Every State 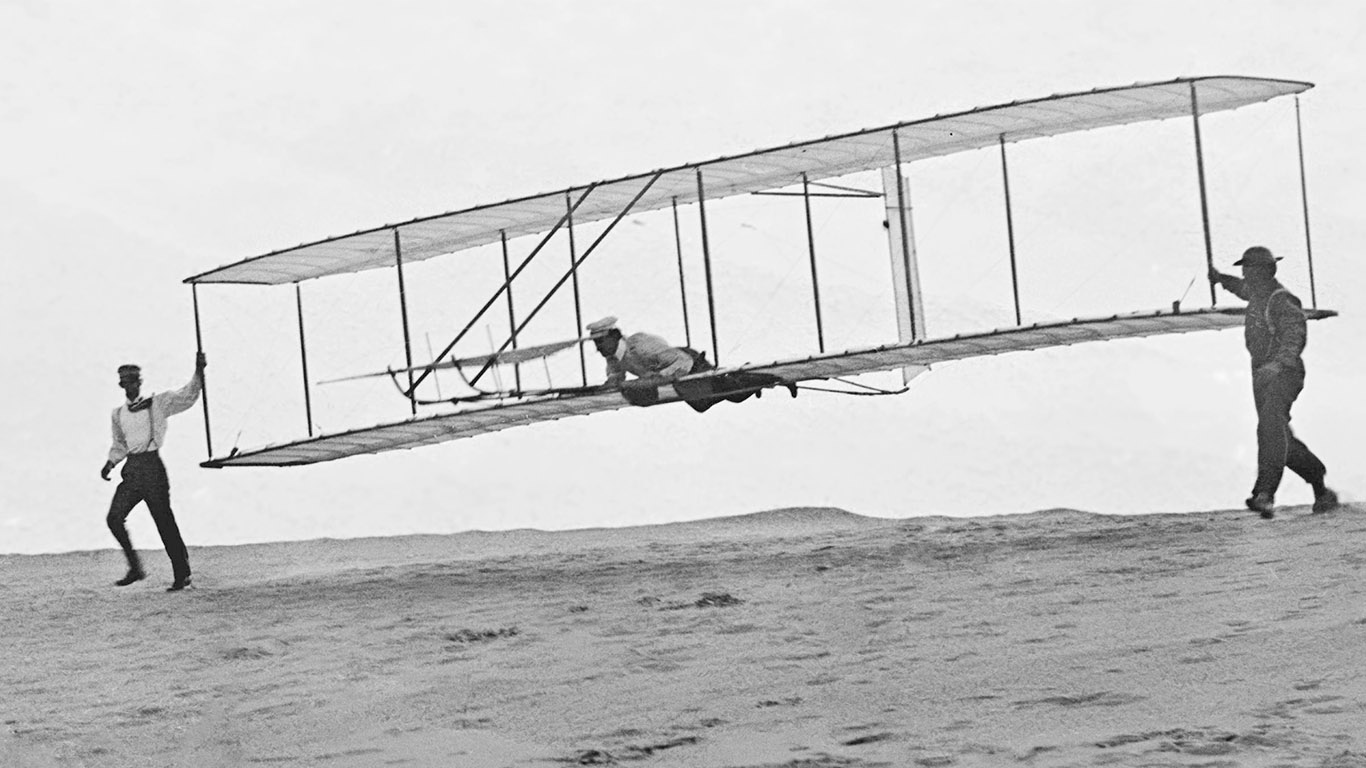 Though the Wright Brothers grew up in Ohio, they found the perfect place for their flying machine experiments in Kitty Hawk, North Carolina. The brothers pored over weather records before determining that North Carolina would suit their needs.

The first flight lasted just 12 seconds and covered 120 feet. By the end of the day, the world’s first airplane stayed in the air for nearly one minute. 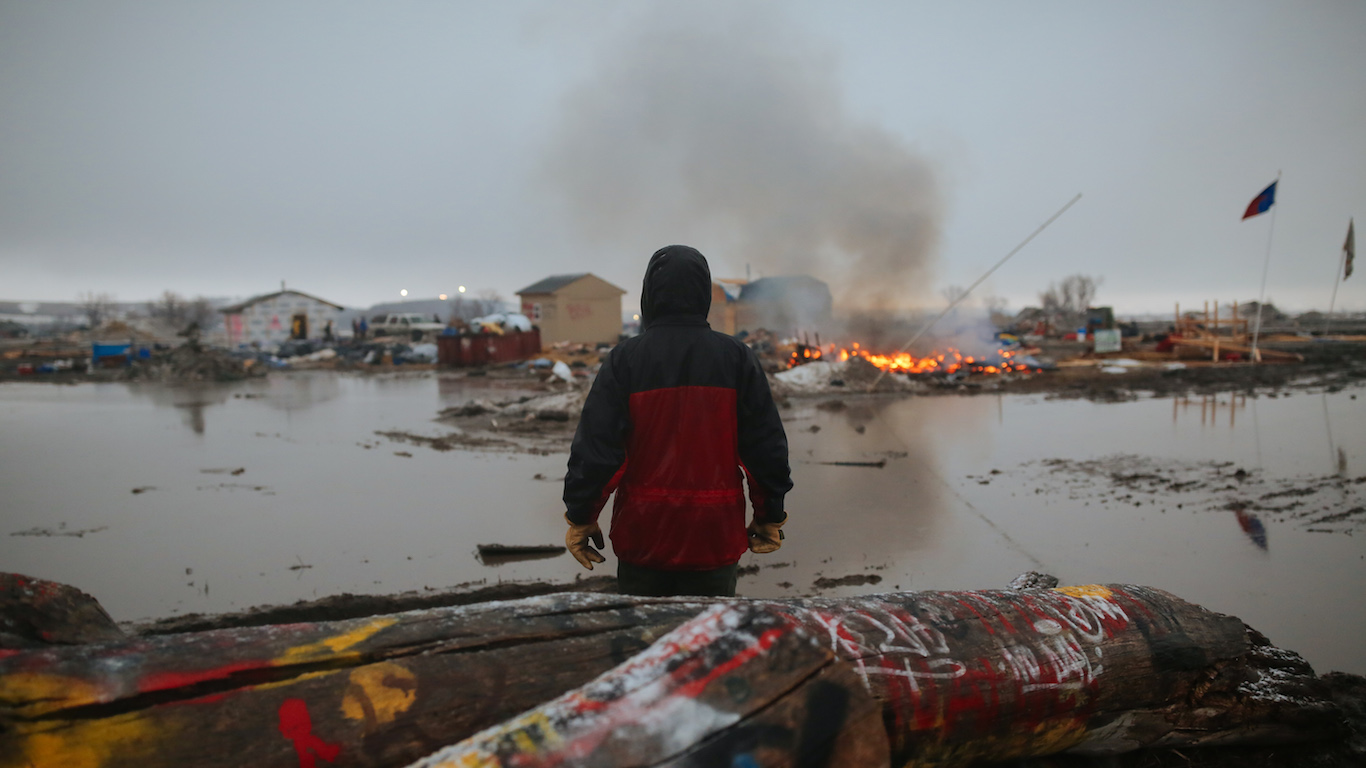 A protest against a proposed oil pipeline captured the nation’s attention in 2016 and 2017. The Dakota Access Pipeline route in North Dakota was through Standing Rock Sioux Reservation and under the Missouri River — the reservation’s source for drinking water. Residents protested, fearing the oil would contaminate the water.

Hundreds of Native American activists and allies came to the reservation to protest what reservation residents believed was an encroachment on their sacred lands and a threat to their crucial water supply. Dozens of protesters were arrested, and the Obama administration blocked the project. Though the Trump administration has since reversed the decision and construction of the pipeline was completed, the company responsible for the pipeline is facing a litany of lawsuits that claim its security officers used unnecessary force on those protesting. 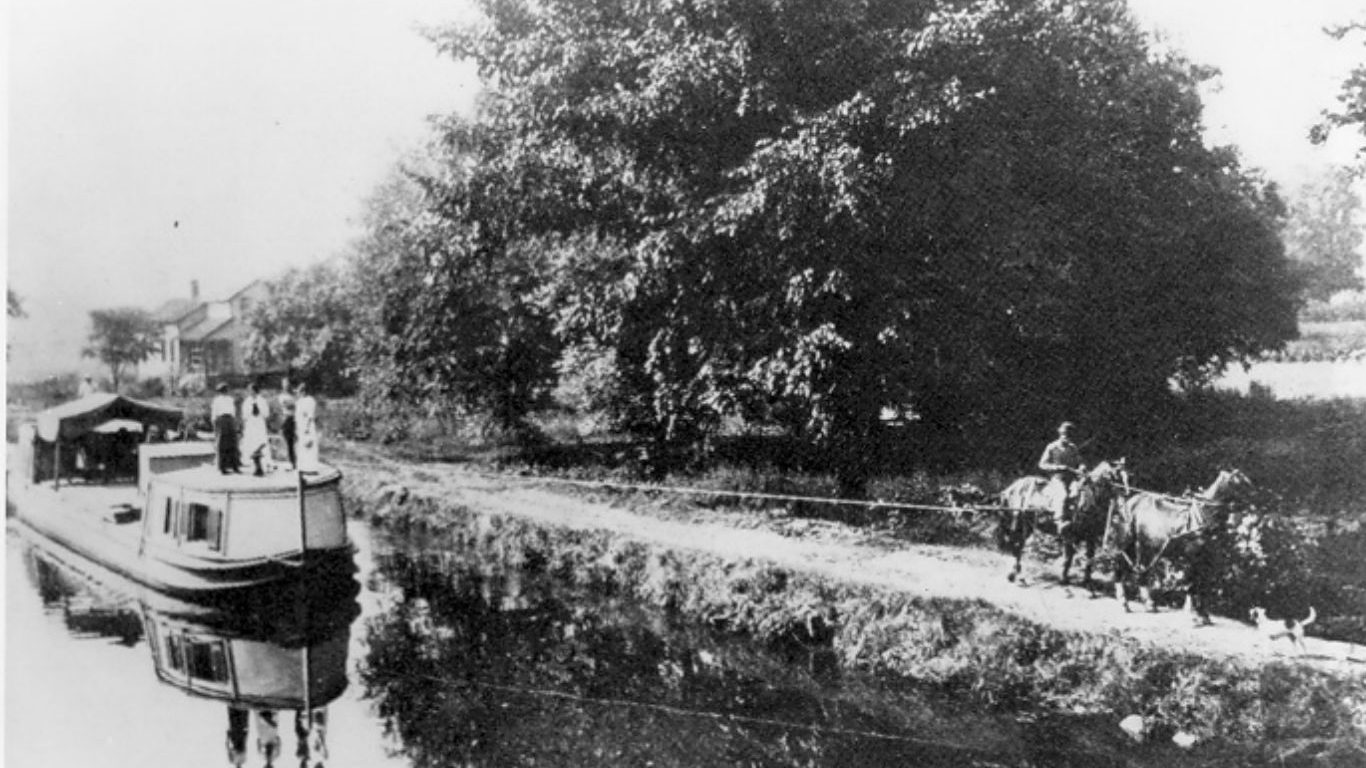 During the early days of its history, Ohio was tough to access for much the country due to its geography and lack of infrastructure. An ambitious construction project, which became known as the Ohio and Erie Canal sought to change that. The canal, which took nearly seven years to build, now serves as a 110-mile link between the Ohio River and Lake Erie.

More than connecting two sides of Ohio, the canal provided an important link between the Midwest and the East Coast. Before the canal, it cost $125 to ship a ton of goods between the Ohio and the east coast. After the canal became functional, the price dropped to $25 per ton.