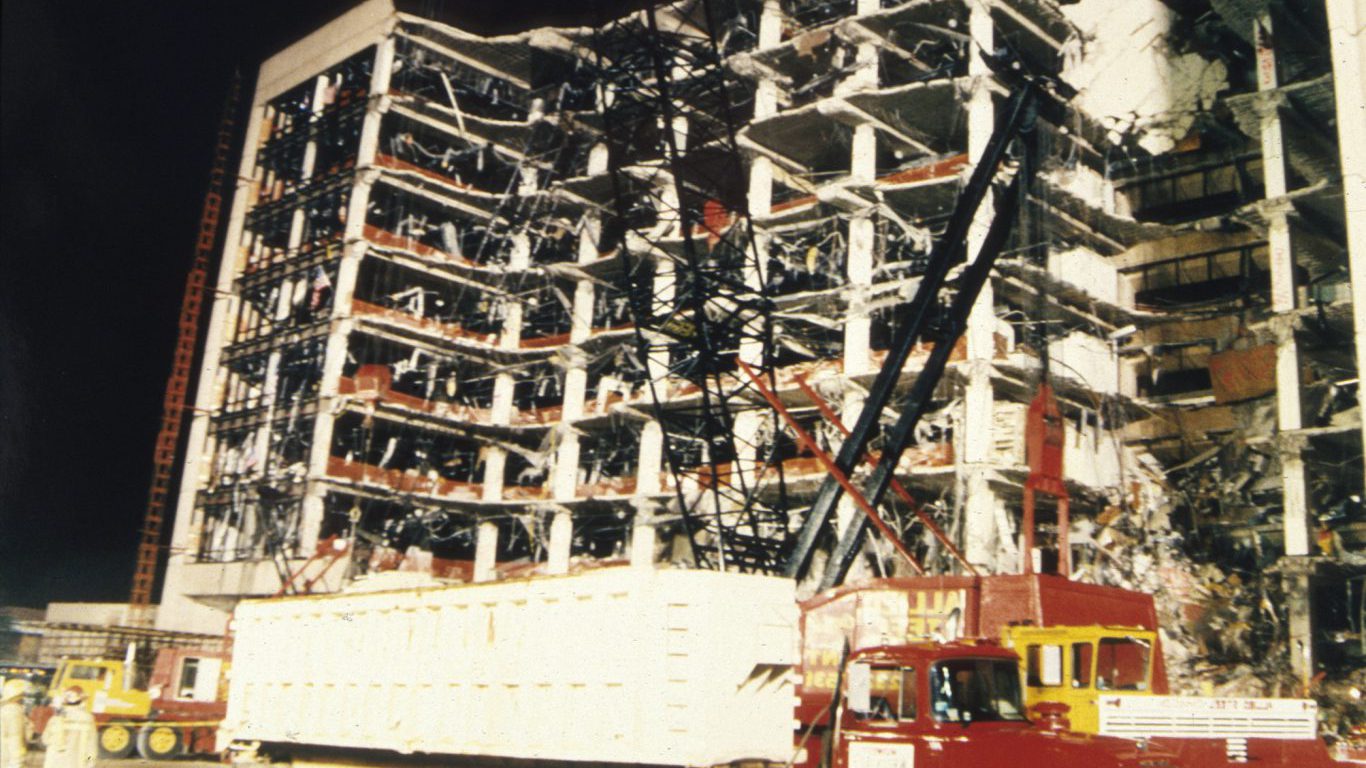 Until Sept. 11, 2001, the worst terror attack on American soil was committed by domestic terrorists. The attack killed 168 people, injured about 650 others, and damaged some 300 buildings. Anti-government militant Timothy McVeigh loaded a truck with explosive materials and detonated it outside the Alfred Murrah Federal Building in Oklahoma City. He chose that building because it contained offices of the federal agencies the Drug Enforcement Agency, the Secret Service, and the Bureau of Alcohol, Tobacco and Firearms and Explosives. McVeigh was captured and eventually executed. Co-conspirator Terry Nichols was sentenced to life in prison. 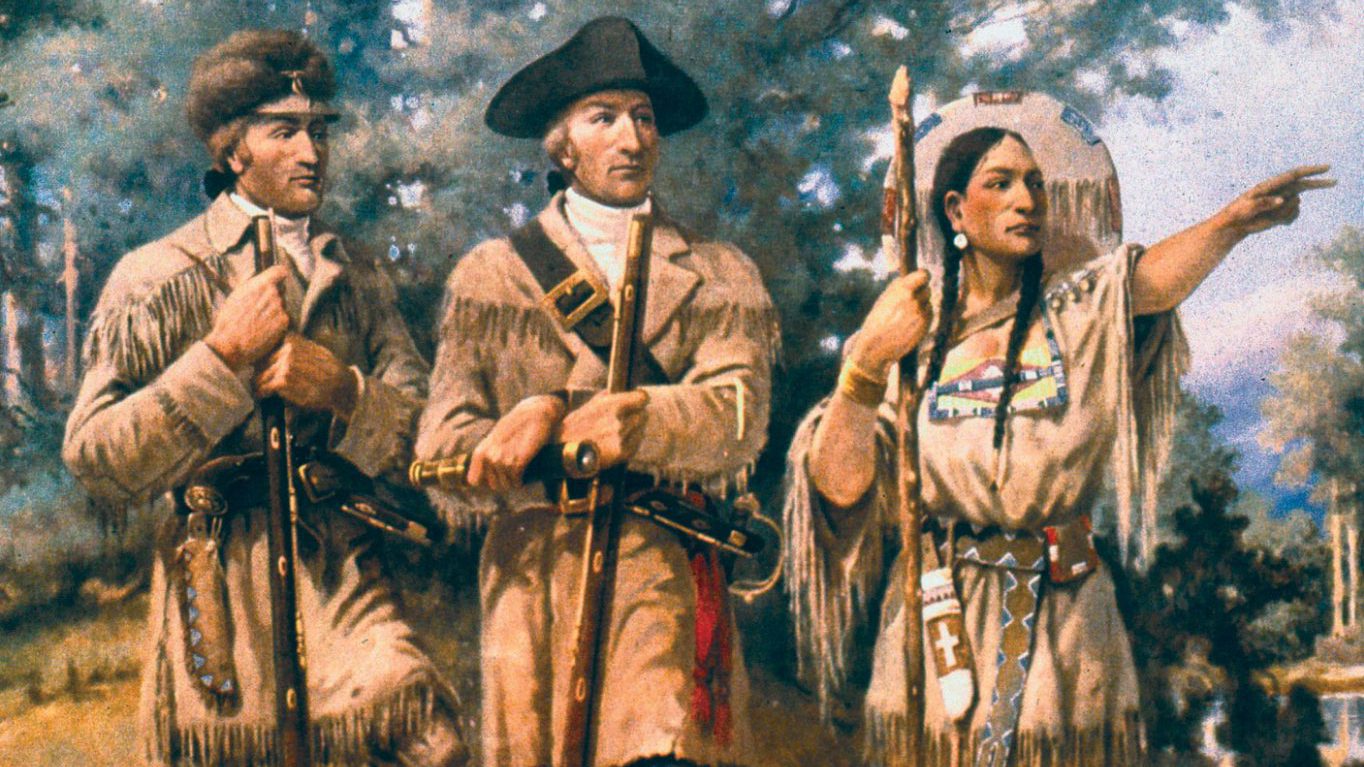 For the first few decades of American history, most of the country we now know was relatively mysterious to European settlers. Shortly after the Louisiana Purchase, President Thomas Jefferson asked Meriwether Lewis to lead an expedition exploring the land west of the Mississippi River.

Lewis was joined by William Clark as co-commander and other adventurers who became known as the Corps of Discovery. They set out from St. Louis, Missouri in 1804, noting the wildlife they encountered along the way. More than a year later, they arrived at the northwestern tip of Oregon thanks to the help of their native guide Sacagawea. There they constructed Fort Clatsop to ride out the winter. In 1806, they completed their nearly 8,000-mile round trip journey, returning to St. Louis.

24/7 Wall St.
The Grandest Historic Mansion in Each State 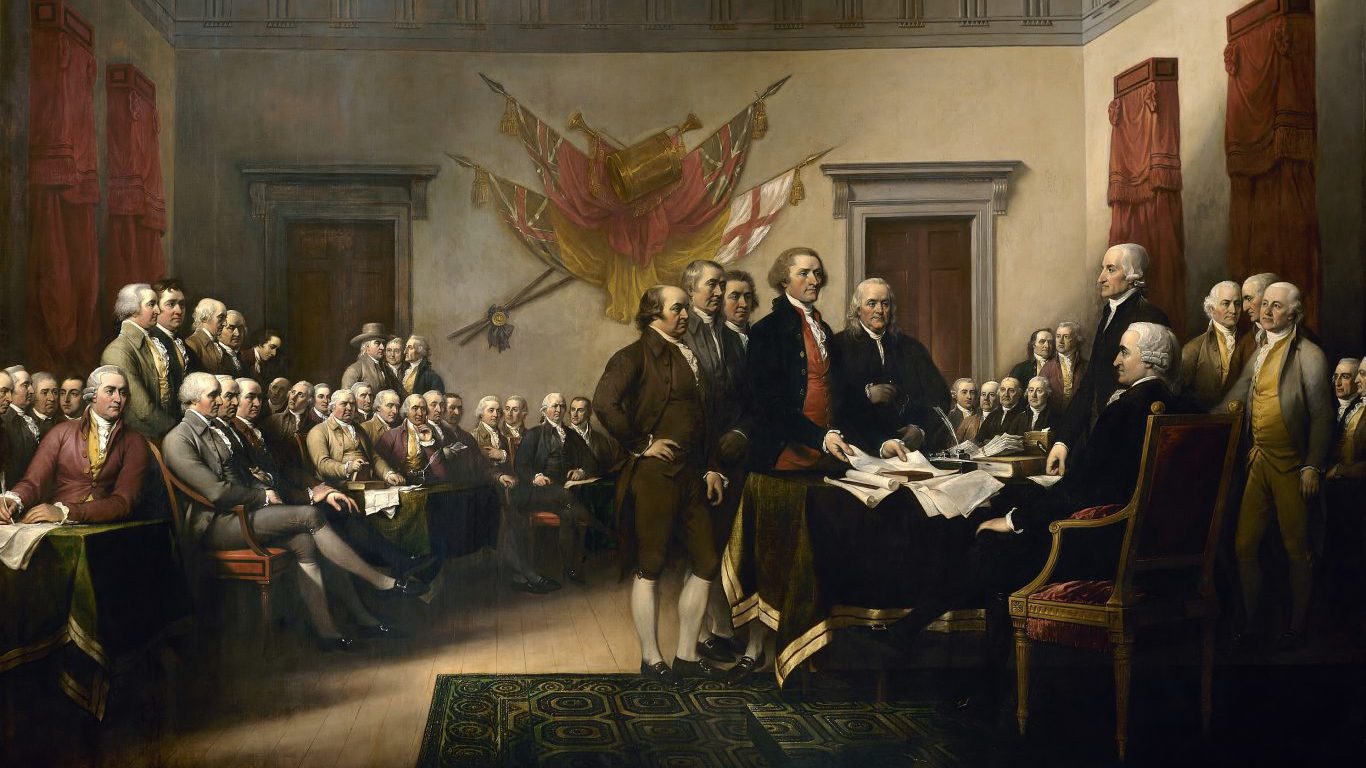 The Declaration of Independence was approved by the Continental Congress in Philadelphia and expresses the ideals of the new nation and why it chose to separate from Great Britain. The document put forth the assertion that all men are created equal, the creator endows men with “certain unalienable rights,” and that governments derive their power from the governed. Philadelphia, the largest city in the Colonies at the time the Declaration of Independence was approved, was also where the Constitution was adopted. 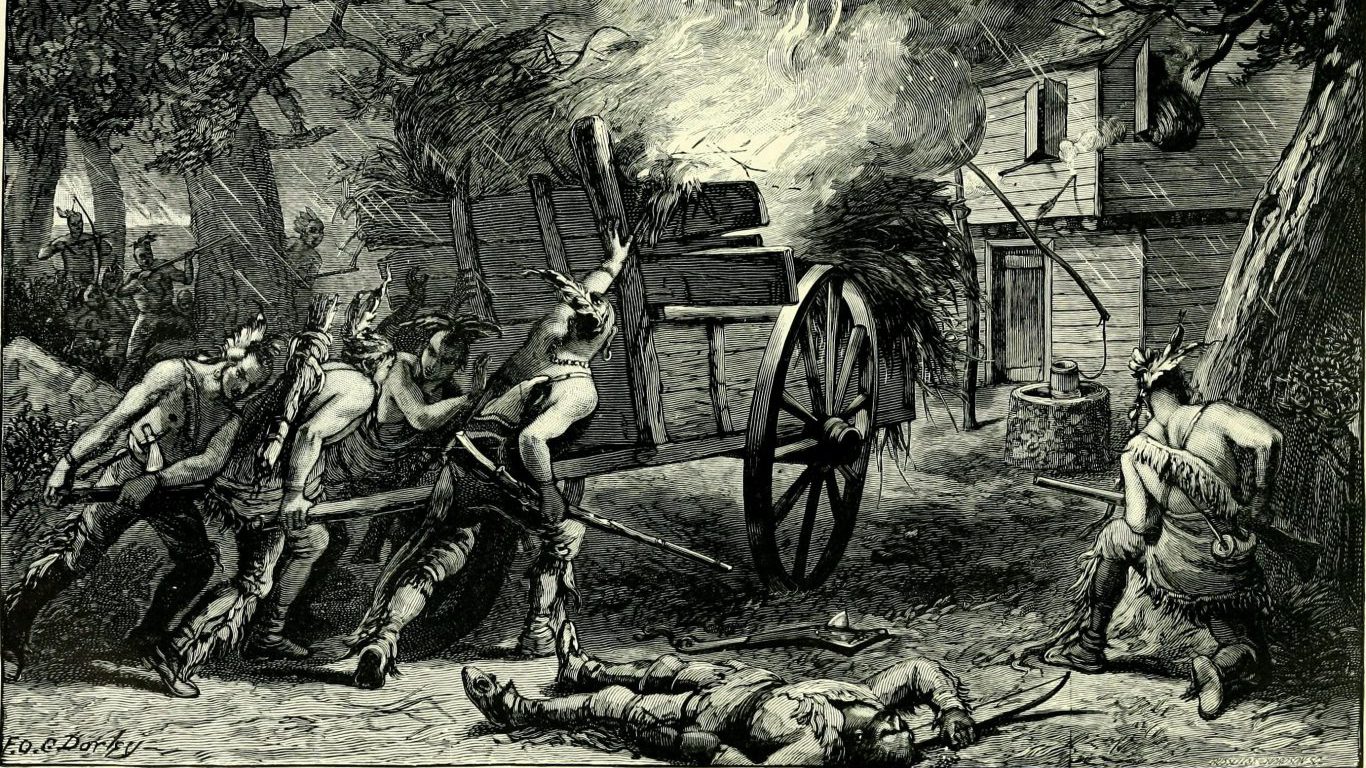 King Philip’s War, also known as the Great Narragansett War, marked a turning point in the relationship between natives and white settlers. While there had been simmering resentment and some violent skirmishes between natives and settlers for decades, the war became one of the largest conflicts since European settlers arrived.

Tribal leader Metacom, called King Philip by the settlers, led a revolt against the Europeans after three of his warriors were executed after they were found guilty of murdering a native who converted to puritanism. During the 14-month conflict, colonial militias attacked and destroyed native villages, with much of the fighting taking place in Rhode Island. 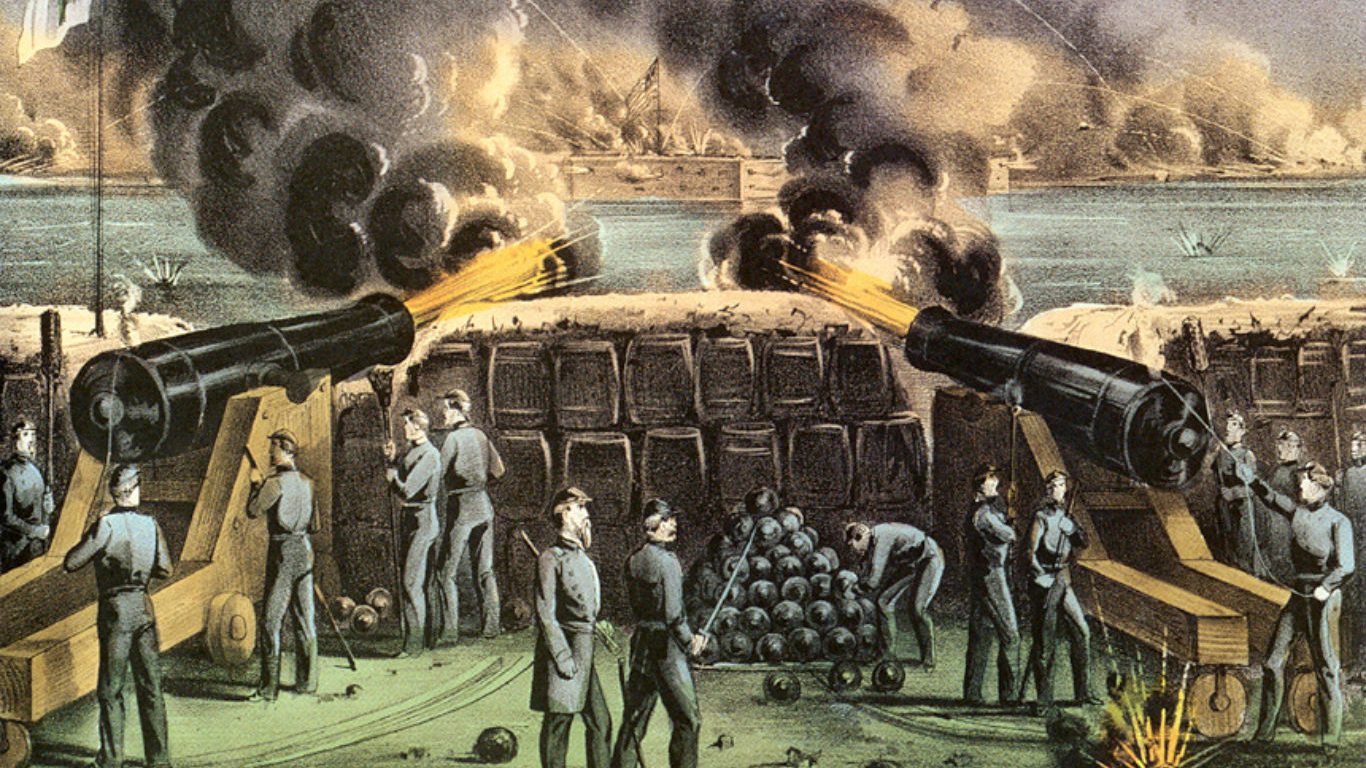 After seven states declared they had seceded from the Union, the Confederate government and existing U.S. government were at odds over who owned what in the South. President Abraham Lincoln wanted to resupply Union forces at South Carolina’s Fort Sumter, but Confederate forces turned the supplies away.

Months later, in April 1861, Confederate General P.G.T. Beauregard ordered his men to fire on the fort. Union troops quickly ran out of ammunition and were forced to surrender Fort Sumter. Though no people were killed in the fighting, the battle marks the beginning of the Civil War.