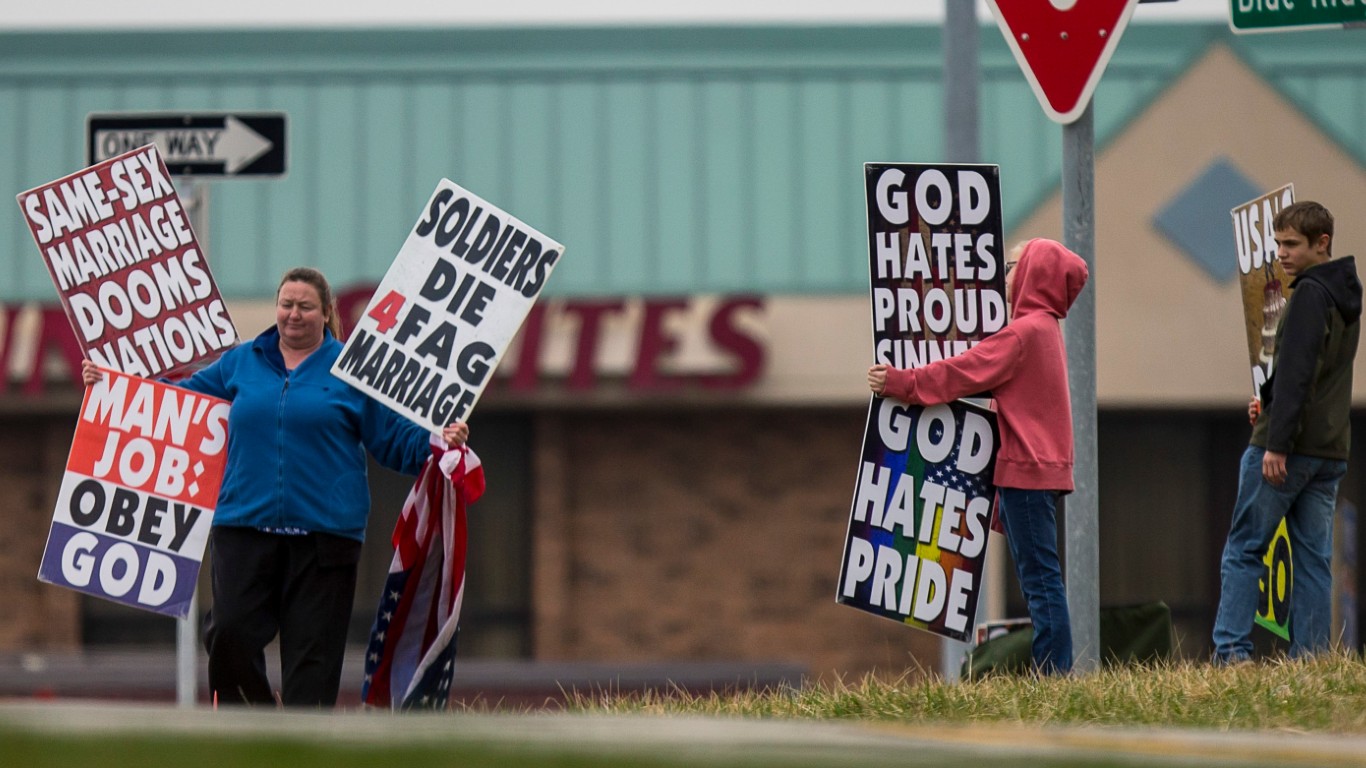 Louisiana is home to three anti-LGBTQ hate groups — two chapters of Faith Baptist Church and the Ruth Institute, the largest hate group headquartered in the state, according to SPLC. The Ruth Institute opposes gay marriage and says its aim is “helping young people avoid the poisonous personal consequences of the Sexual Revolution.” 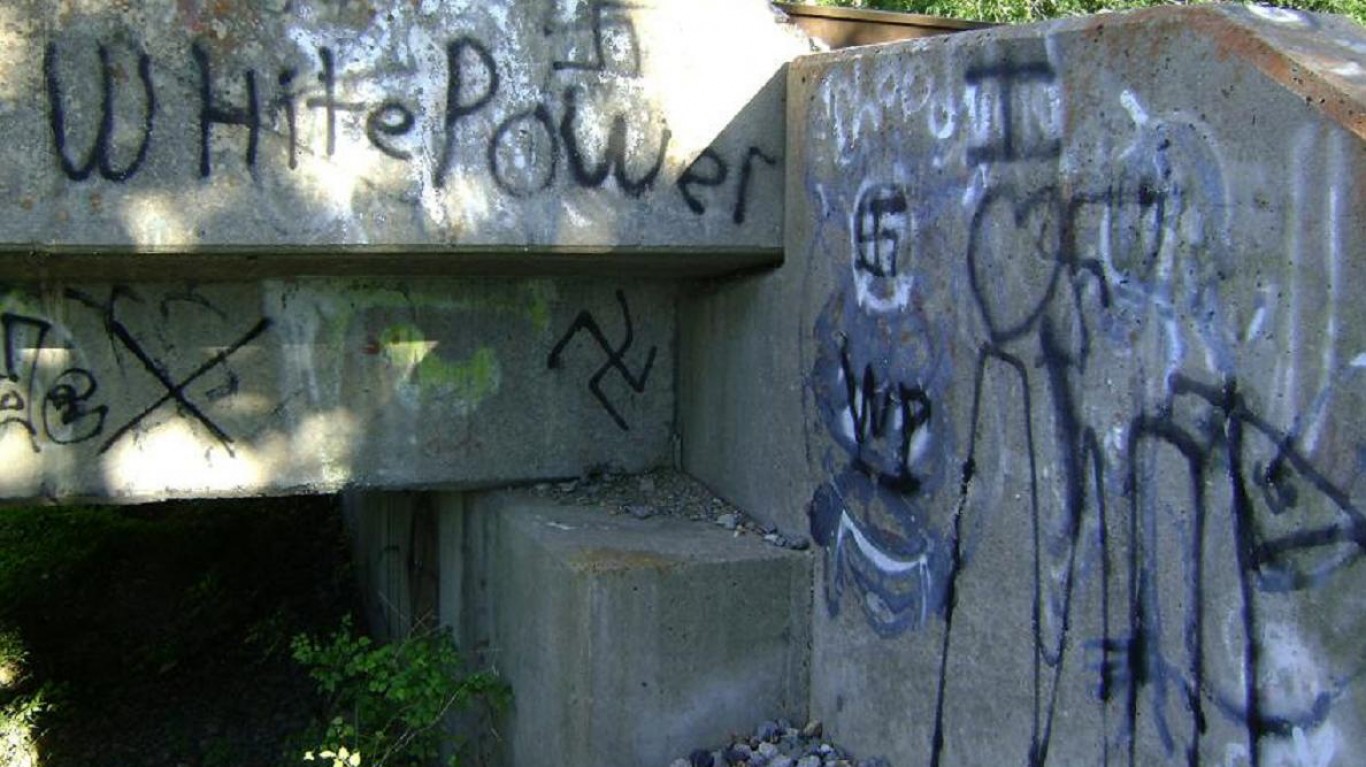 Arizona is one of just 11 states with at least 3.5 hate groups for every million state residents. For context, there are 2.54 hate groups per million in the U.S. overall. The vast majority of the hate groups in the state are located in Phoenix or cities nearby.

Arizona has numerous groups with ideologies that are anti immigration, white nationalists, and anti-LGBTQ. The largest hate group in the state is a neo-Nazi group known as Folks Front, which says its purpose is to “triumph over the darkness which threatens our European light”. 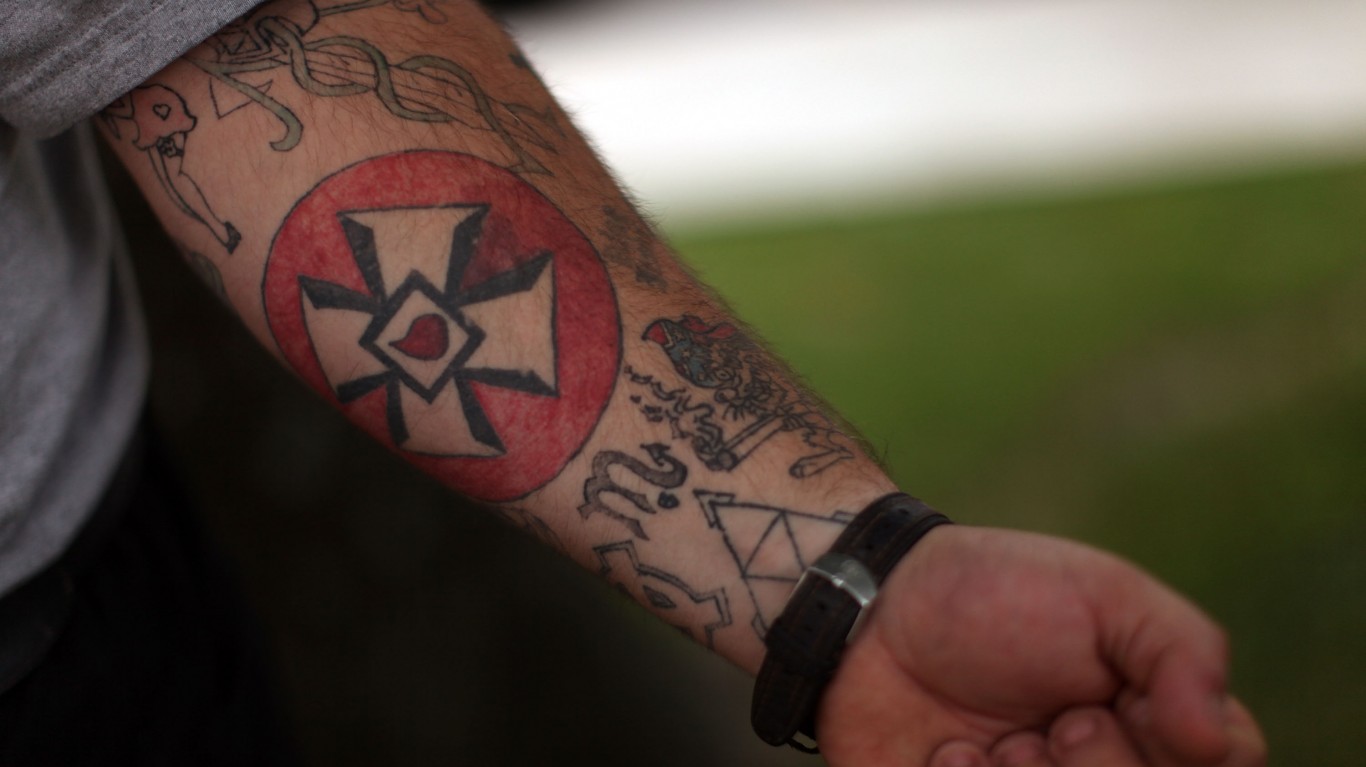 Nevada has more hate groups per capita than all but nine other states, with 3.82 such groups per million residents or a dozen in total. The state had multiple neo-Nazi and white nationalist groups active as of 2020, according to the SPLC.

Nevada is the only state on this list in which less than half, 47.8%, of all residents identify as white alone, the fifth lowest share of all states. Most of the states with the most hate groups per capita have a higher than typical share of residents identifying as white compared to the U.S. share of 60%. 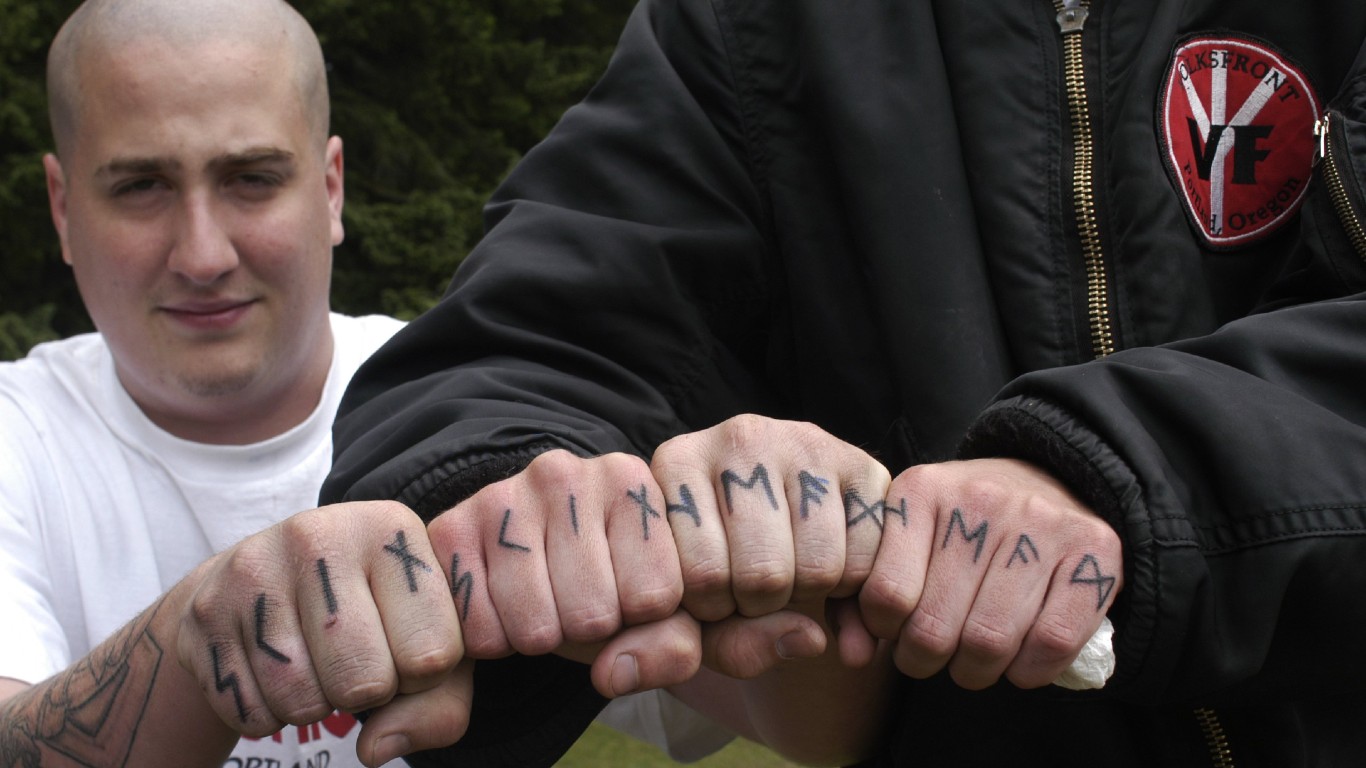 Though Idaho has one of the highest concentrations of hate groups among states, these groups have become much less common in the state in recent years. In 2011, Idaho ranked second among states with 11.4 hate groups per million residents, with 18 such groups tracked by the SPLC. 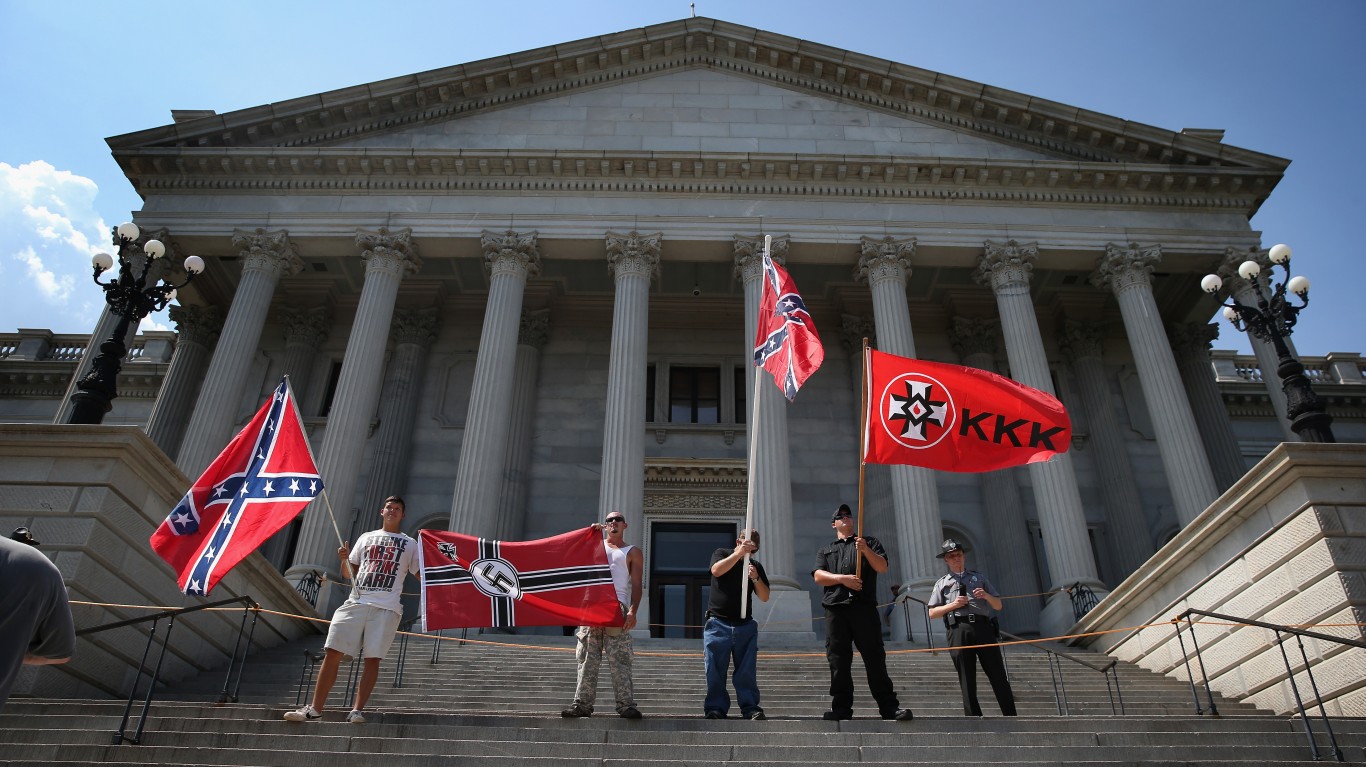 South Carolina is home to 20 hate groups, including five white nationalist organizations, two neo-Confederate groups, and a chapter of the Ku Klux Klan.

Like many other states with an outsized share of hate groups, South Carolina residents are more likely to be struggling financially. The state has the 10th highest poverty rate in the nation, at 13.8%. It also has the 10th lowest median annual household income, at $56,227 — nearly $10,000 lower than the U.S. median.