Steven Steven Spielberg’s WWII has a loose connection to events from the Civil War which involve Lincoln’s letter to a woman who had lost several sons in battles. Beyond that, “Saving Private Ryan” is pure fiction. It has been noted for the uncanny realism of costumes, weapons, terrain, and fealty to actual troop movements after D-Day. Hank’s performance ranks with his very best. Like many of the best battle films, the hero does not make it to the final frame. 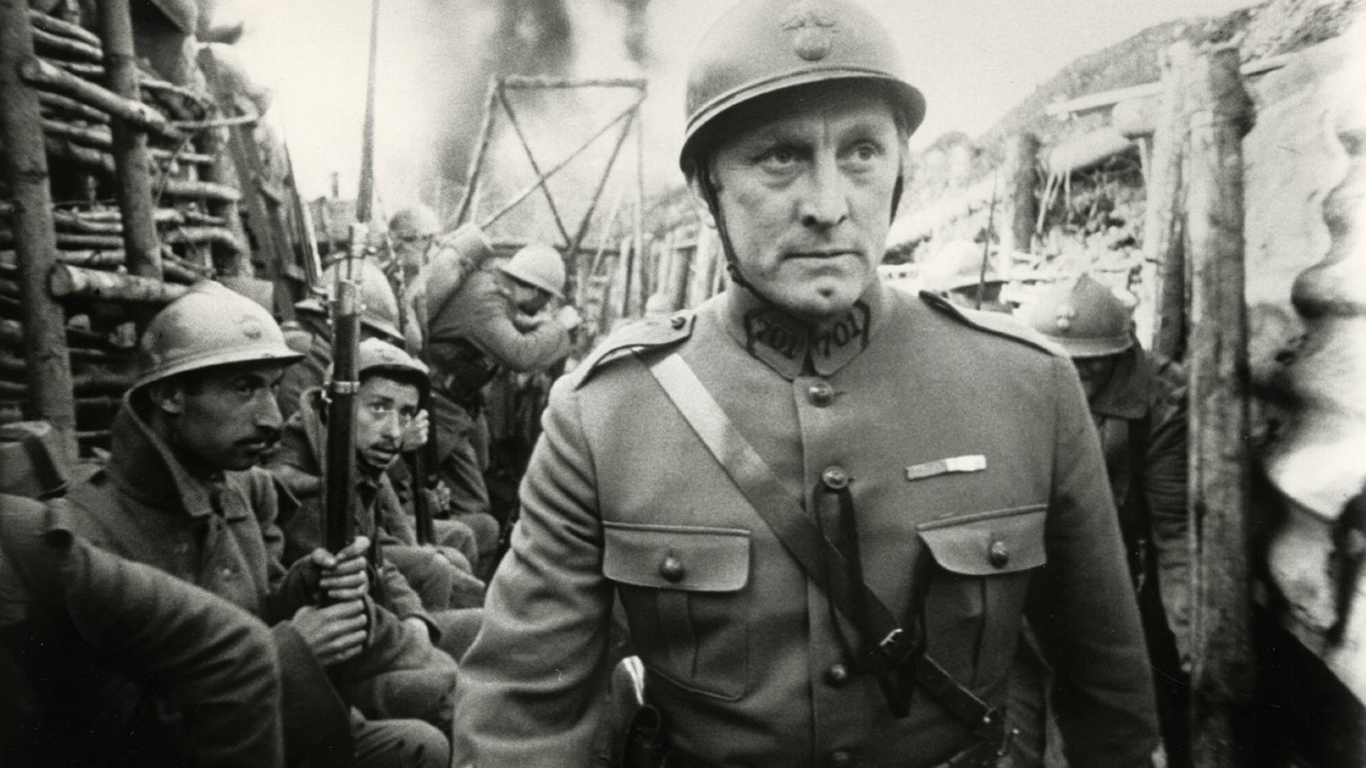 Stanley Kubrick’s film about the immorality of senior officers greedy for promotion stars Kirk Douglas in what many critics measure as his best role. He and Kubrick also teamed to make Spartacus in 1960. Set in WWI ravaged France in 1916. Douglas’s character, Colonel Dax, receives orders from the general staff to take an impregnable German position. The effort fails, with the deaths of scores of French infantry. As punishment for the failure, several men are tried by a military court. Dax defends them. It does not end well. 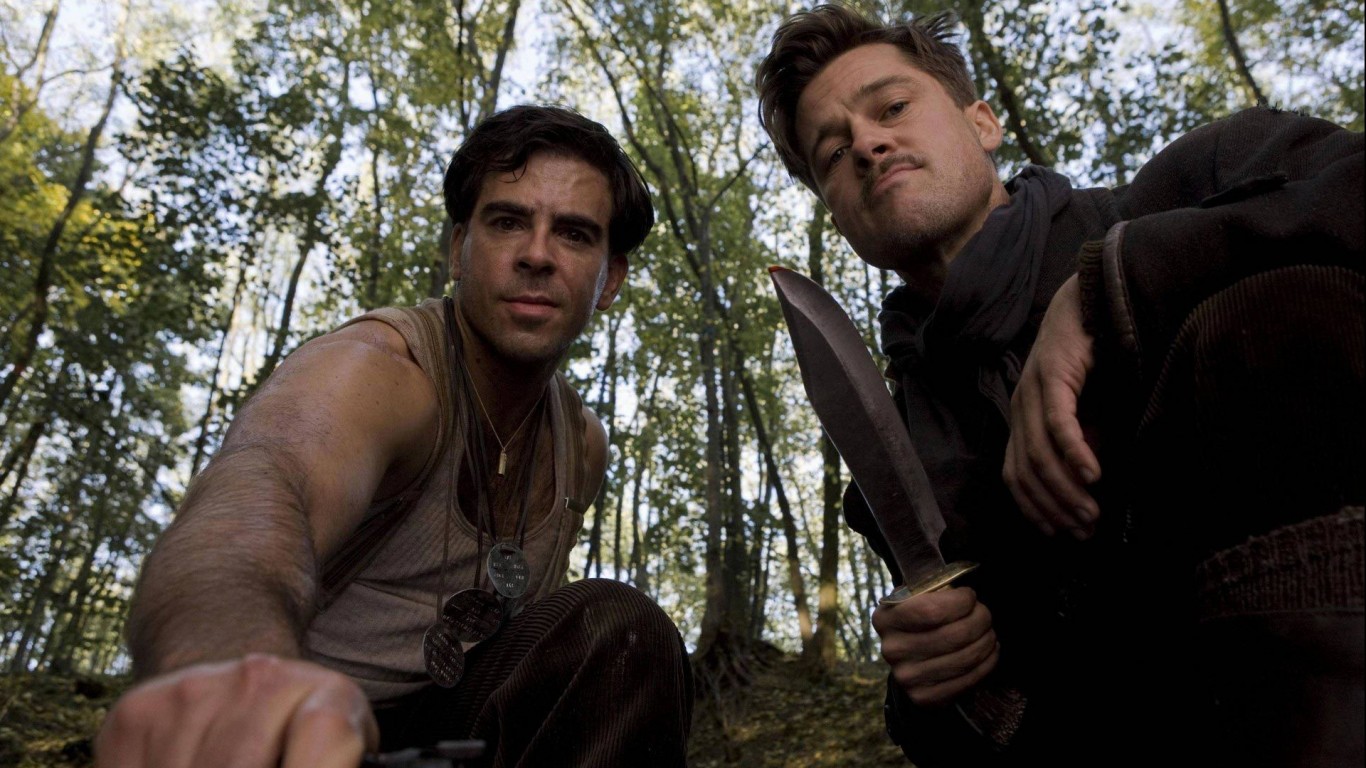 A farce, although a bloody one, about Nazi hunters in WWII. Pitt basically plays himself, but with a mediocre Southern accent as vicious Nazi killer Lieutenant Aldo Raine. In a nearly parallel portion of the film, Christoph Waltz, who has proven himself to be one of the American cinema’s best Autrian imports, plays Hans Landa, an SS colonel, an officer particularly adept at locating and killing Jews. Somewhere, woven into the film’s plot, sits a plan to kill the German high command. That, however, gets lost due to a large extent to the acting of the two leads. Quentin Tarantino directs, barely. 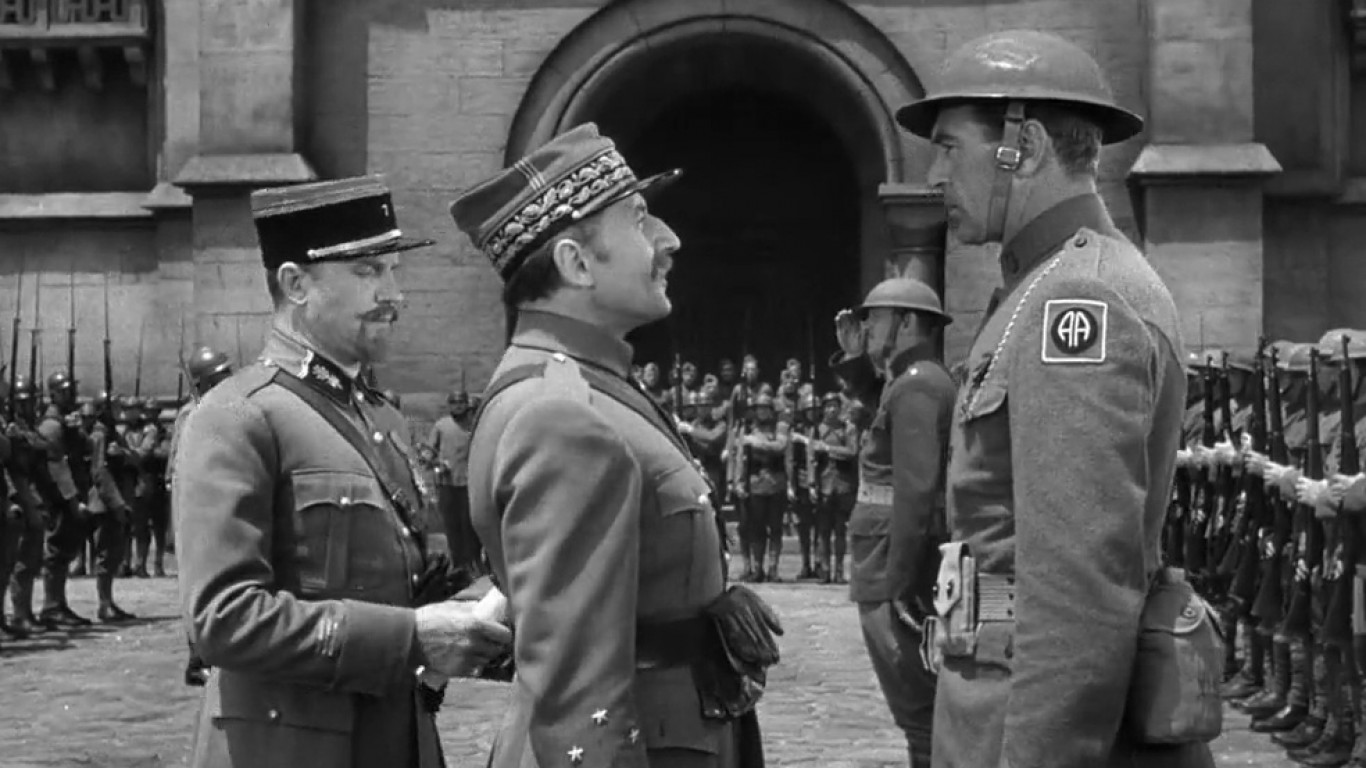 Cooper, one of Hollywood’s most durable and successful leading men, took another stab as the central character of a biography. His other great outing was as Lou Gehrig in “The Pride of the Yankees” (1942). Cooper plays Alvin C. York, a young man from rural Tennessee. York, is a conscientious objector, kills a number of Germans and captures another 132. Due to this, York becomes among the most decorated soldiers in American history. Cooper won the Academy Award for Best Actor. The film posted the largest box office total of 1941. 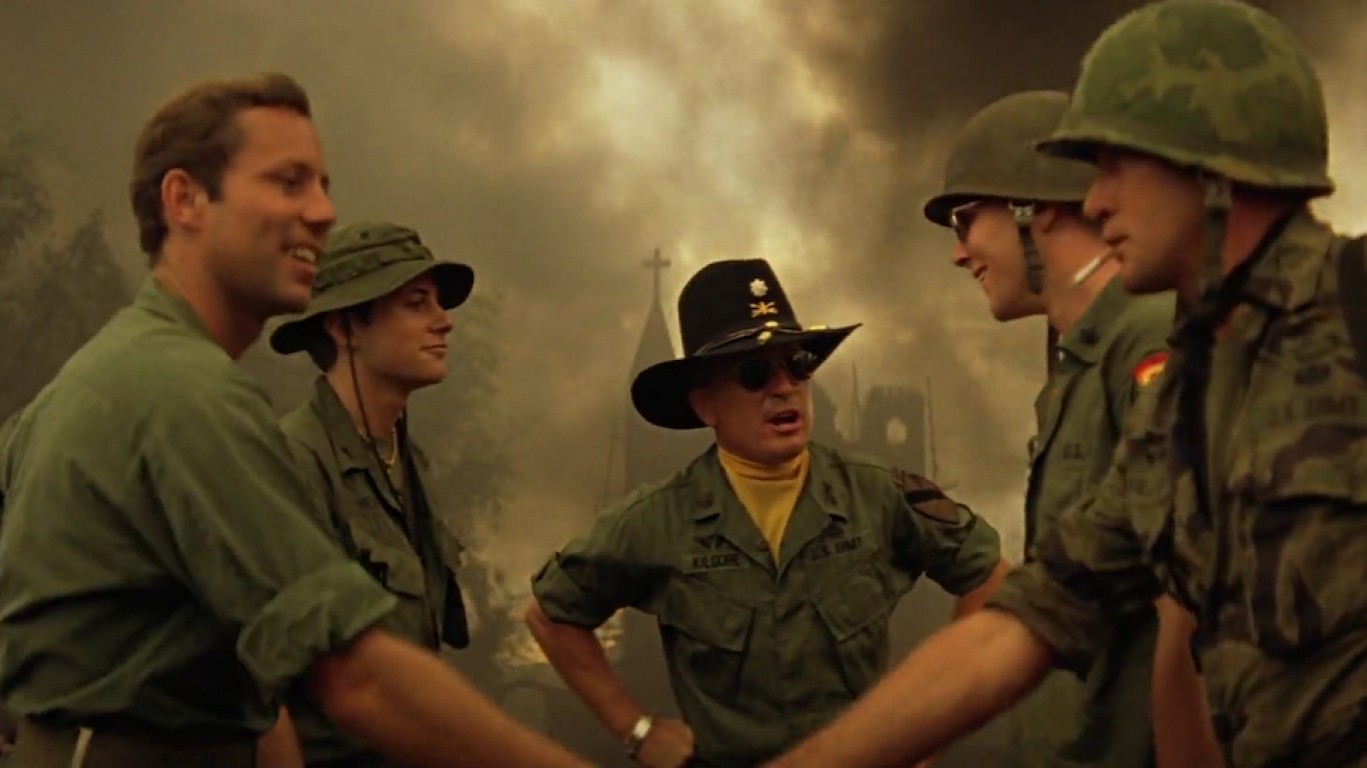 Somewhere along the path from his start as one of Hollywood’s most admired leading men in film’s that include “A Streetcar Named Desire” (1951) and “On the Waterfront” (1954) and his most successful films in middle age, led by “The Godfather” (1972) Brando moved into the later part of his career as Colonel Kurtz, a psychotic and deeply feared American officer located deep in the jungle during the Vietnam War. Sheen’s character has been sent to kill Kurtz, which does not work out well for either of them. Directed by Francis Coppola. Based on the 1899 novel “Heart of Darkness” by Joseph Conrad.